Rabbi Ferber was born in Slabodka, Kovno, Lithuania in about 1878.  He emigrated to Britain in 1911 and from 1913 to his retirement in 1955 was the Rabbi of the West End Talmud Torah Synagogue in Soho.  He was a prolific author and was renowned as a riveting orator who gave his sermons in Yiddish.  He was active in communal affairs, and established the Chesed V’emeth Burial Society in 1915. He was for many years the honorary secretary of the London “Vaad Harabonim” (rabbinical council of the Federation of Synagogues) and chairman of the Association of London Rabbis (“Hisachdus Harabonim”). he was a member of the World Rabbinical council of Agudas Yisroel.  He closely collaborated with Rabbi Dr Meir Jung and Rabbi Dr Victor Schonfeld in communal issues. He was a friend of Rabbi Kook,  Chief rabbi of Palestine, from the time that the latter was Rabbi of Machzike Hadath in London. Rabbi Ferber died in November 1966.

This book is his commentary on Pirkei Avos, the Tractate of the Talmud called Ethics of the Fathers.  Hegyonei Avos was published in 1948 and printed at the Narodiczky Press in Whitechapel, London.

He starts his book with a short introduction, entitled ‘Several Things’. 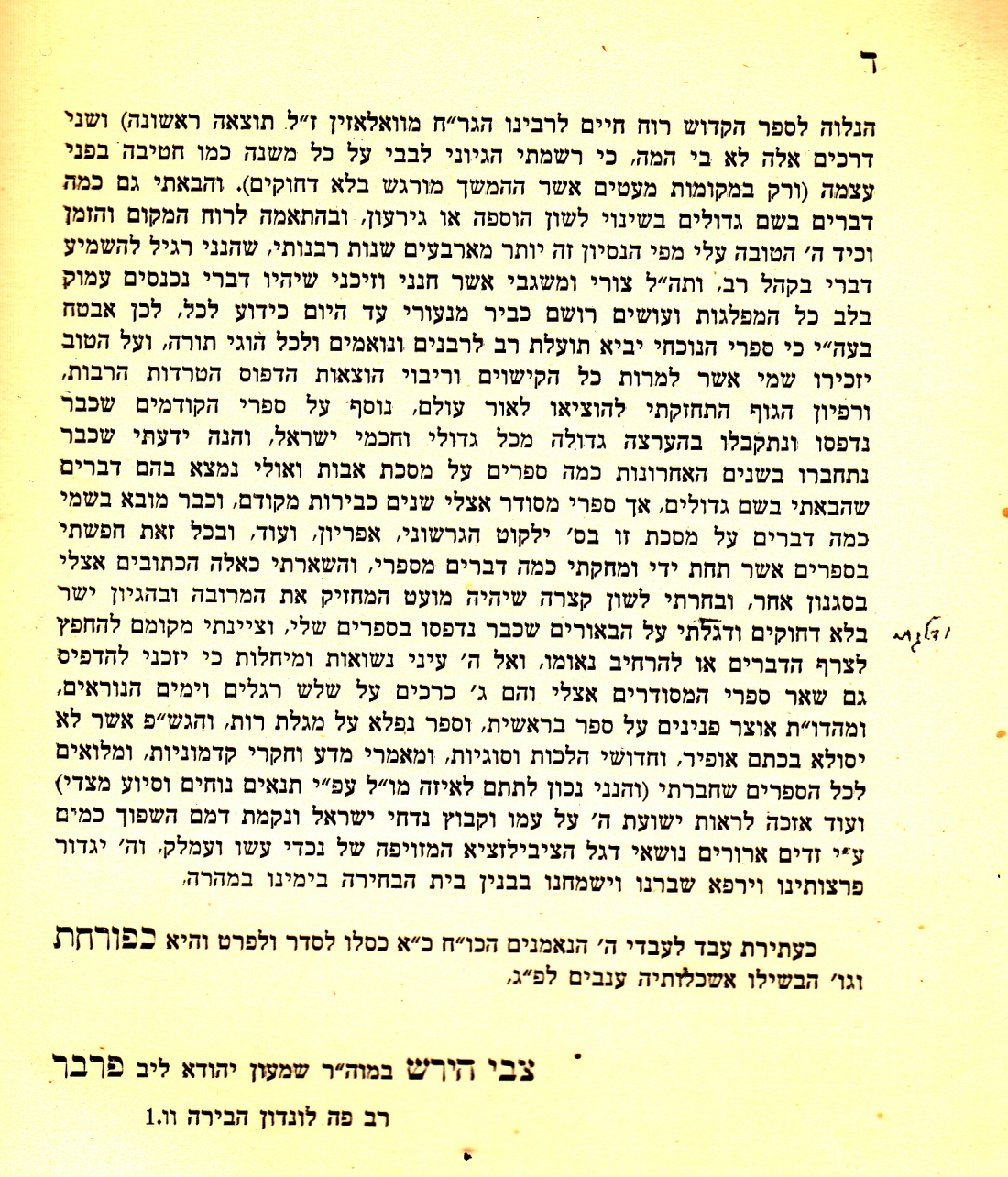 As you can see, on the second page of the introduction my copy has a handwritten correction. I compared the correction  with a different inscription and signature of Rabbi Ferber that I have in another book, and it is the same handwriting; the correction is written by Rabbi Ferber himself.

The commentary on Pirkei Avos (“Moses received the Torah at Sinai and transmitted it to Joshua, Joshua to the elders, and the elders to the prophets, and the prophets to the Men of the Great Assembly. They said three things: Be patient in [the administration of] justice, raise many disciples and make a fence round the Torah.) starts here: 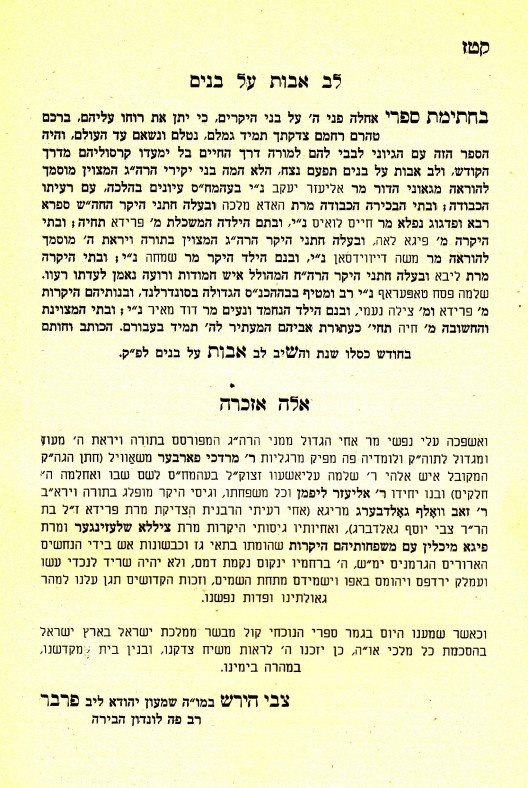 The second paragraph is a memorial to his relatives.  His elder brother Rabbi Mordecai Farber from Shavel (Siauliai in Lithuania), who was the son-in -law of the famous Cabbalist Rabbi Shlomo Elyashev and his family.  His nephew, Rabbi Zev Wolf Goldberg from Riga.  His nieces Mrs Tzilla Shlesinger and Mrs Feiga Michlin and their families, all murdered in gas chambers and fire by the “cursed German snakes, may their names be erased”.

He ends by writing that he heard today that the State of Israel in the Land of Israel was recognized by the United Nations.