This book was written by Rabbi Yechezkiel Bornstein, the Rabbi of the Amhurst Park Synagogue in 1947, and printed by the Narodiczky Press in Whitechapel, London.   (If you would like your own copy, the Mizrahi Bookstore in Brooklyn has one for sale here.)

Rabbi Bornstein (sometimes spelled Borenstein), was born in Warsaw in 1901. He studied in Yeshivas Toras Chaim in Warsaw under Rabbi Zvi Hirsch Glickson.

He emigrated to England in 1934.  He was the Rabbi of the Amhurst Park Synagogue from around 1934 until the end of 1961 when he emigrated to Israel. On the eve of the World War, he helped Rabbi Dr. Solomon Schonfeld in receiving children who had been rescued from Europe at his school in Amhurst Park Road.  He died in Jan 1962 and was buried In Har Hamenuchot.

Rabbi Bornstein’s first wife died at a young age – he mentions this in his introduction below – leaving him with two small children.  In 1941 he married Rebecca Zimmer, a teacher at the Amhurst Park Road Talmud Torah.

Here is the introduction to his book, which he explains consists of simple words and short discourses on the Torah in the language of the people.

He thanks Rabbi Dr. Solomon Schonfeld for helping him. 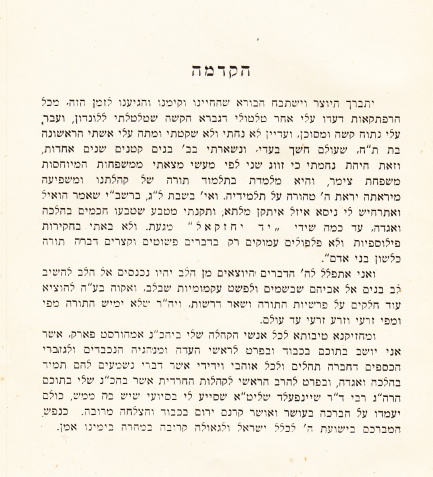 As an extract, I have chosen Rabbi Bornstein’s section on the last days of Passover: 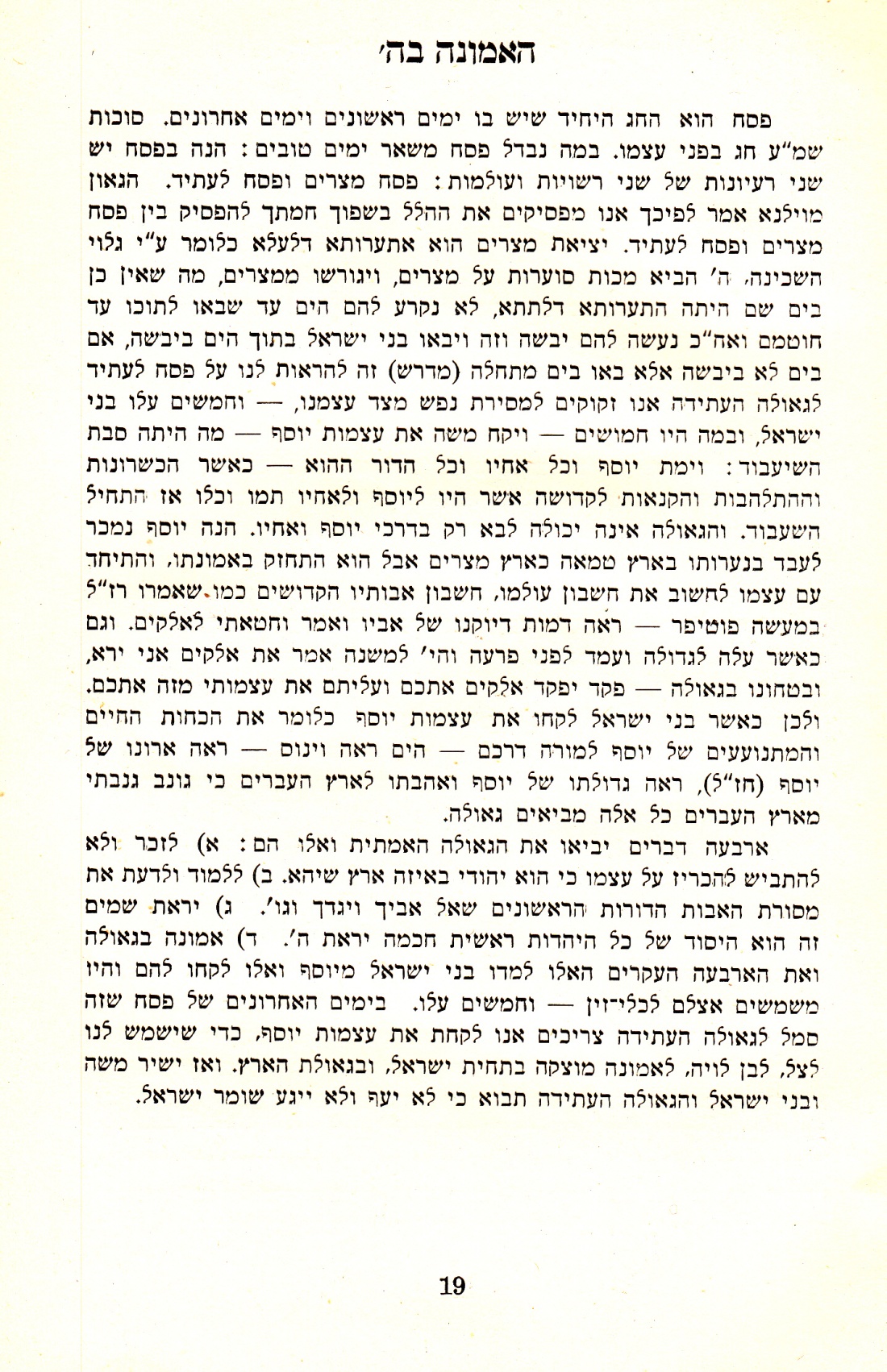 Finally, here are the donors who financed the printing of the book: 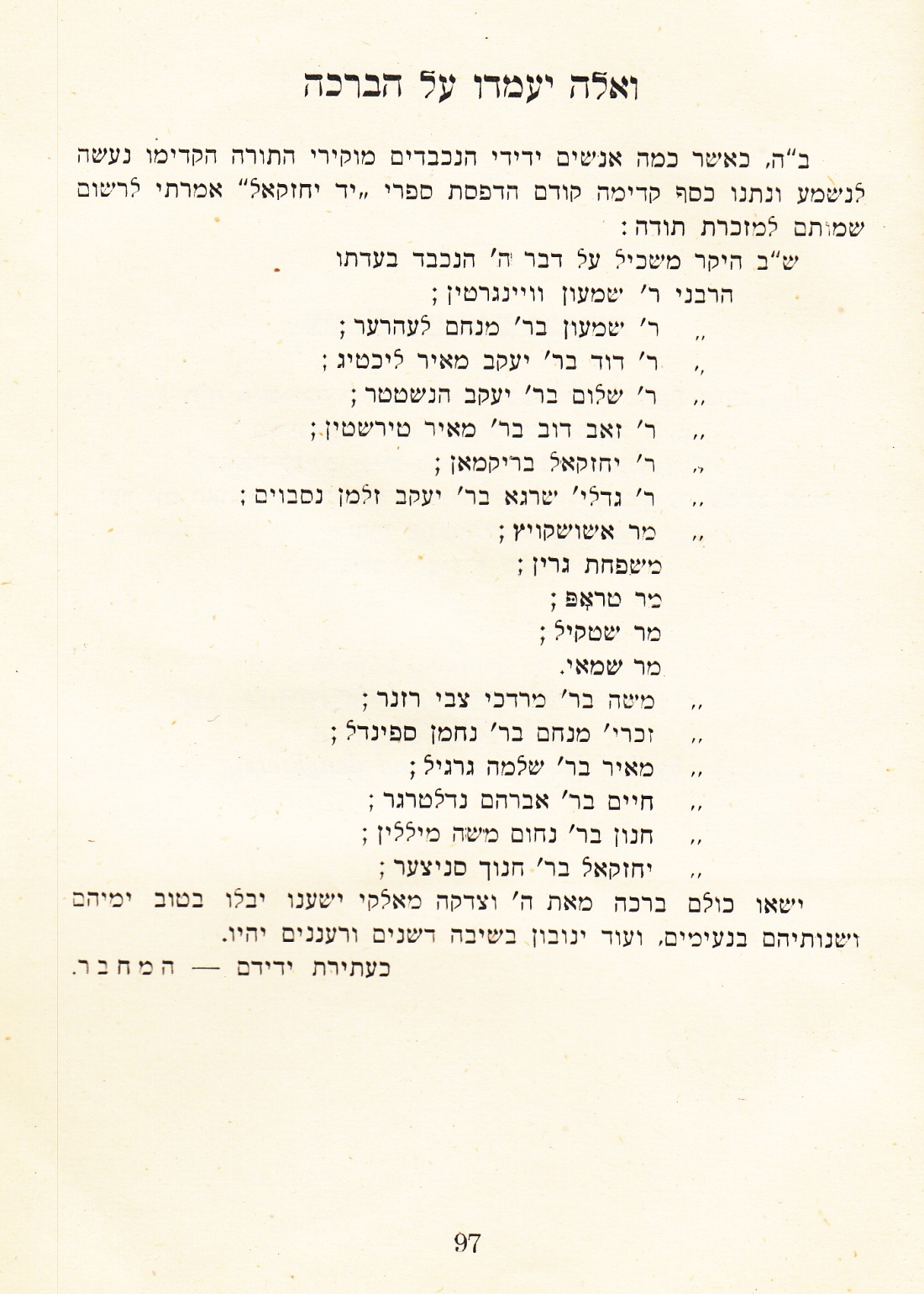 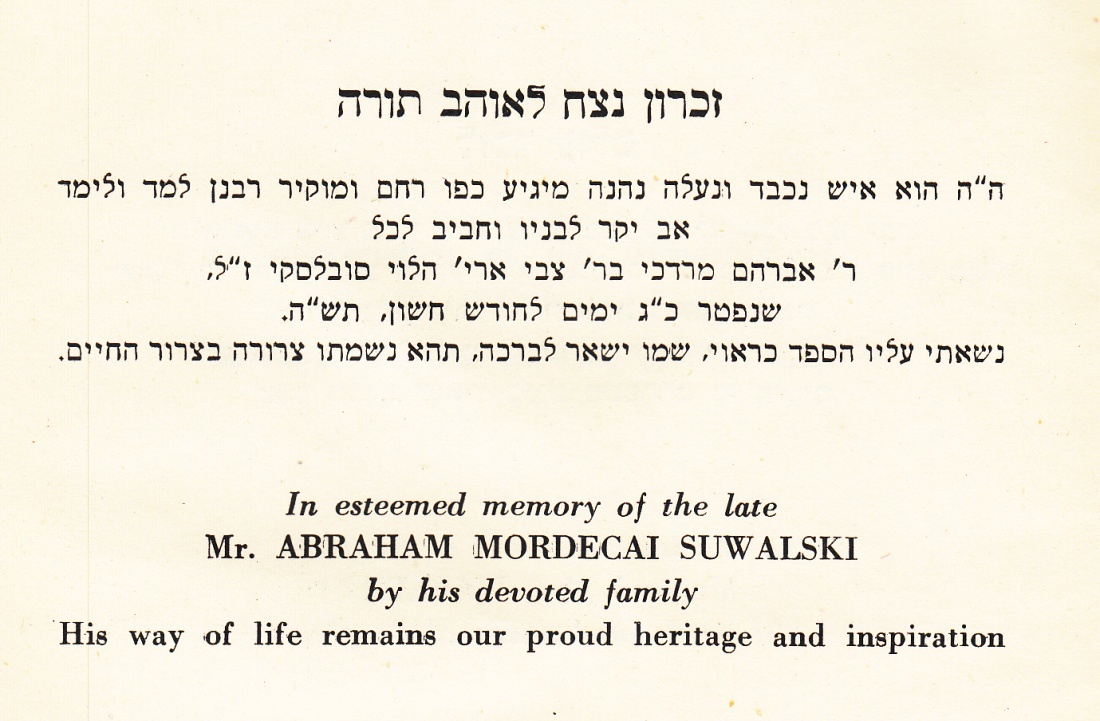