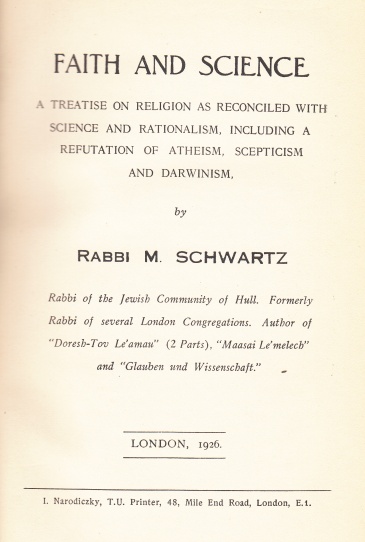 This is a book in English, written by Rabbi Mordechai Tzvi Schwartz, one time Rabbi of the Mile End and Bow Synagogue in London, but from 1920 Rabbi of the Jewish Community of Hull in Yorkshire.  I have previously written about his book Doresh Tov LeAmo here.

The Synagogue, on Cogan Street in Hull, was the former Salem Congregational Chapel which was converted to a synagogue about 1906, with the approval of Rabbi Daiches, the Chief Rabbi of Leeds.

In 1928, it was discovered that there were Christian burial vaults under the synagogue and Rabbi Schwartz suspended services.  The trustees of the congregation declined to act upon the recommendation of Rabbi Schwartz who demanded that the building be closed but appealed to the Chief Rabbi, Dr. Joseph H. Hertz, for decision.  Rabbi Schwartz emigrated to the United States.  The Synagogue was destroyed by a German bomb in 1940.

This book was printed by Israel Narodiczky in Whitechapel.  It is a discussion of the differences between Jewish religious positions and those taken by scientists.  The entire book consists of dialogues between a Professor and a Rabbi, identified as M. H. S., who is none other than Rabbi Schwartz himself.  It is clear that Rabbi Schwartz argues for very fundamentalist beliefs, for example in the chapter on Darwinism.

Here is the table of contents and a sample: 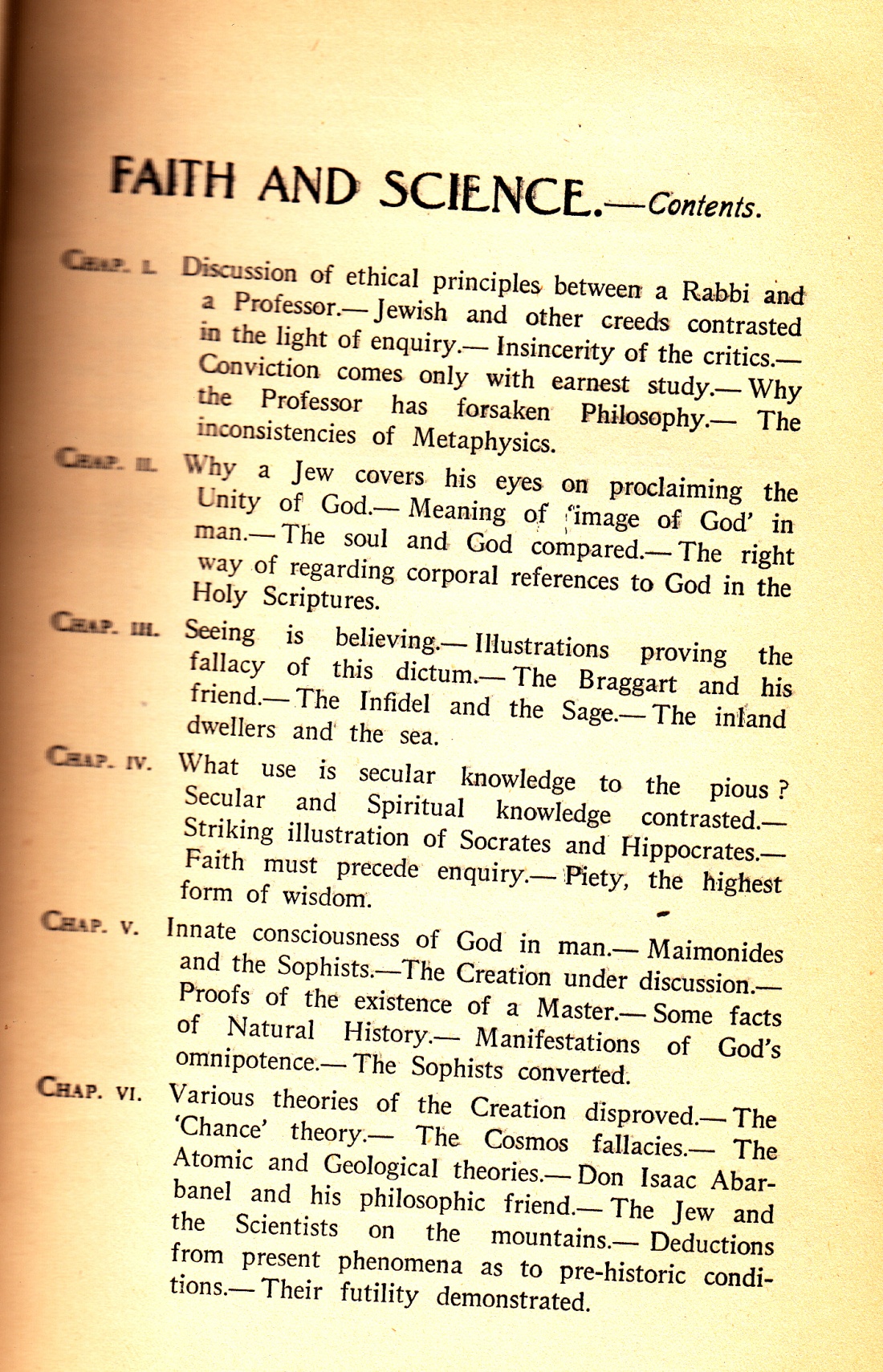 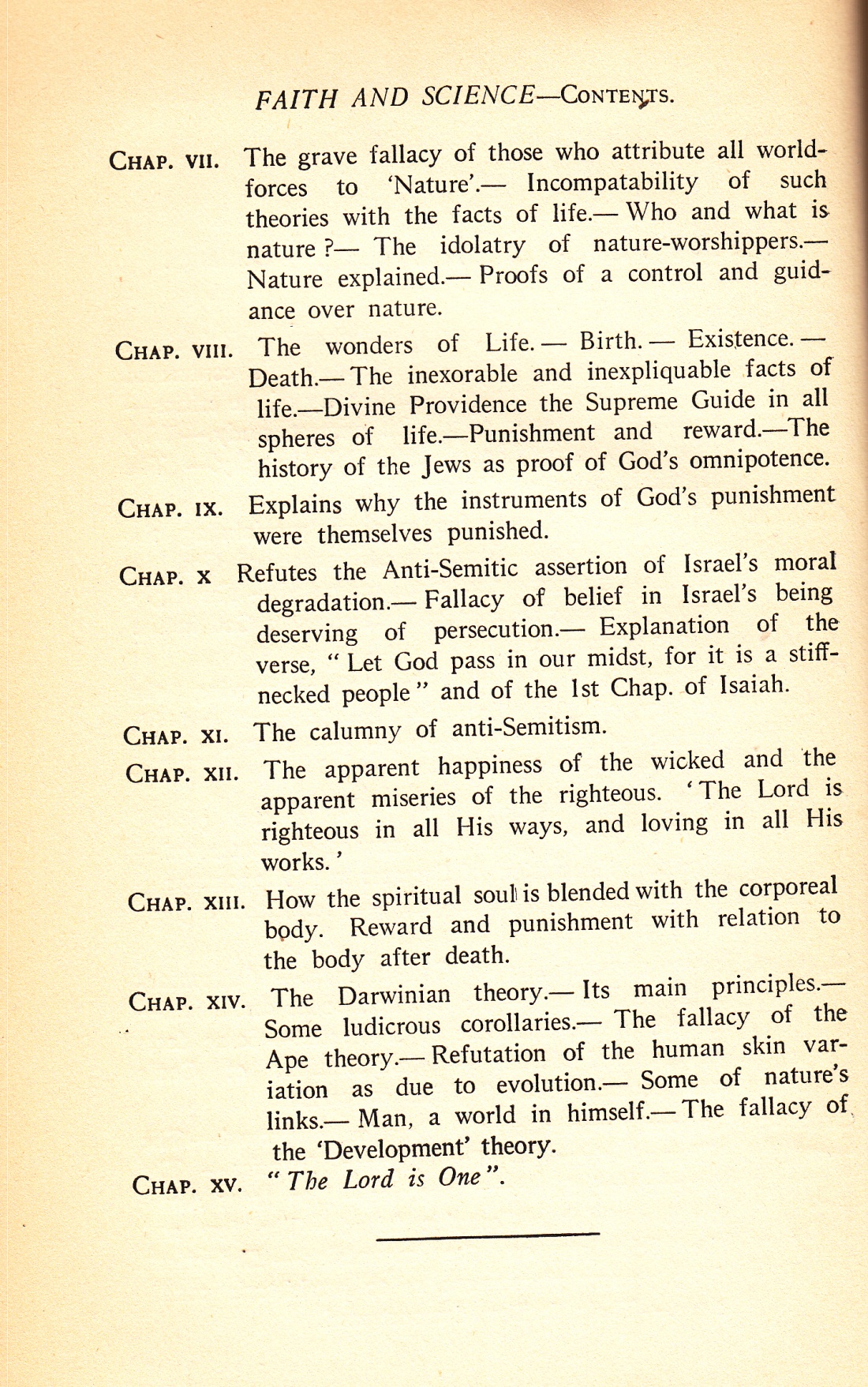 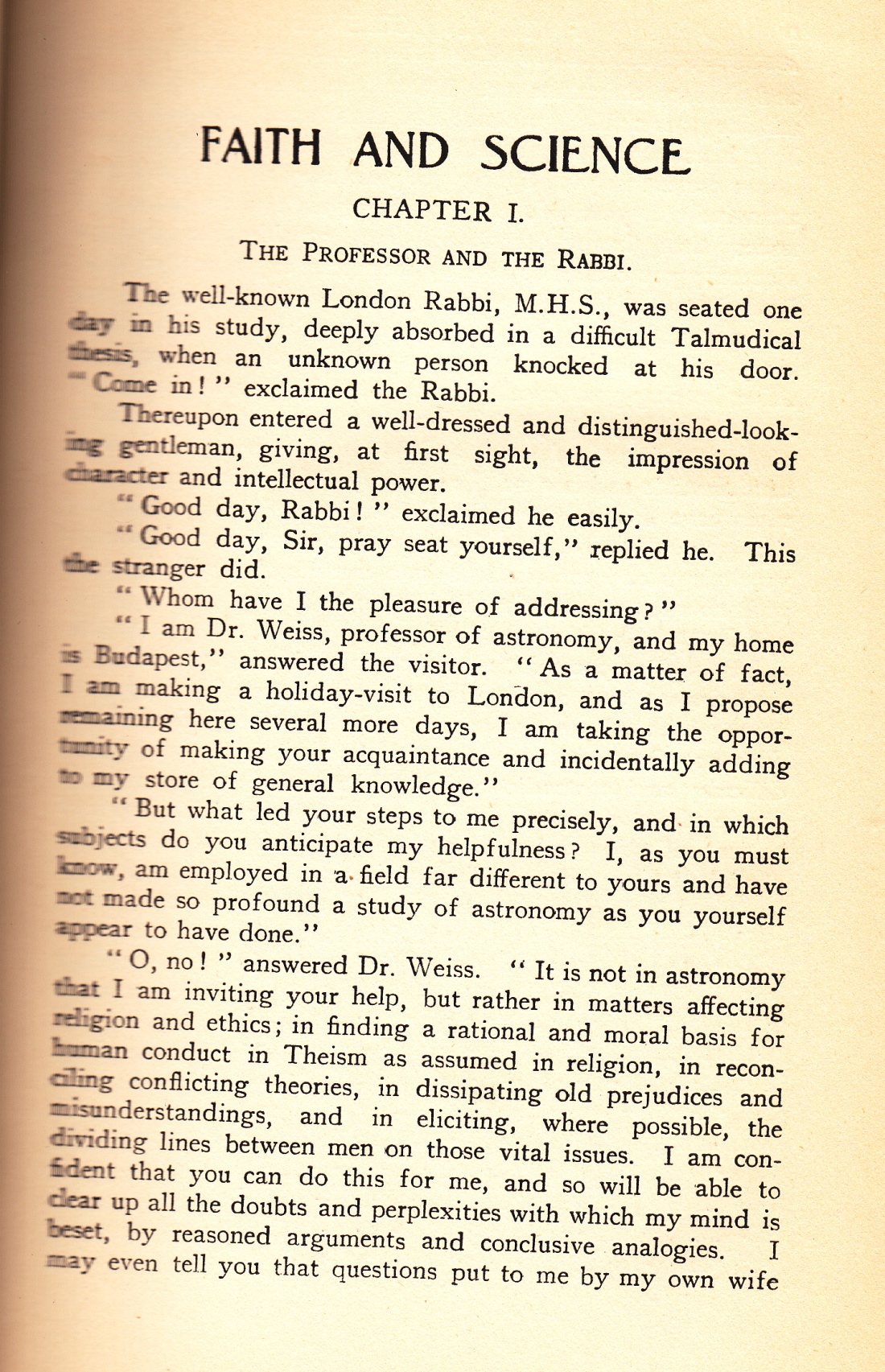 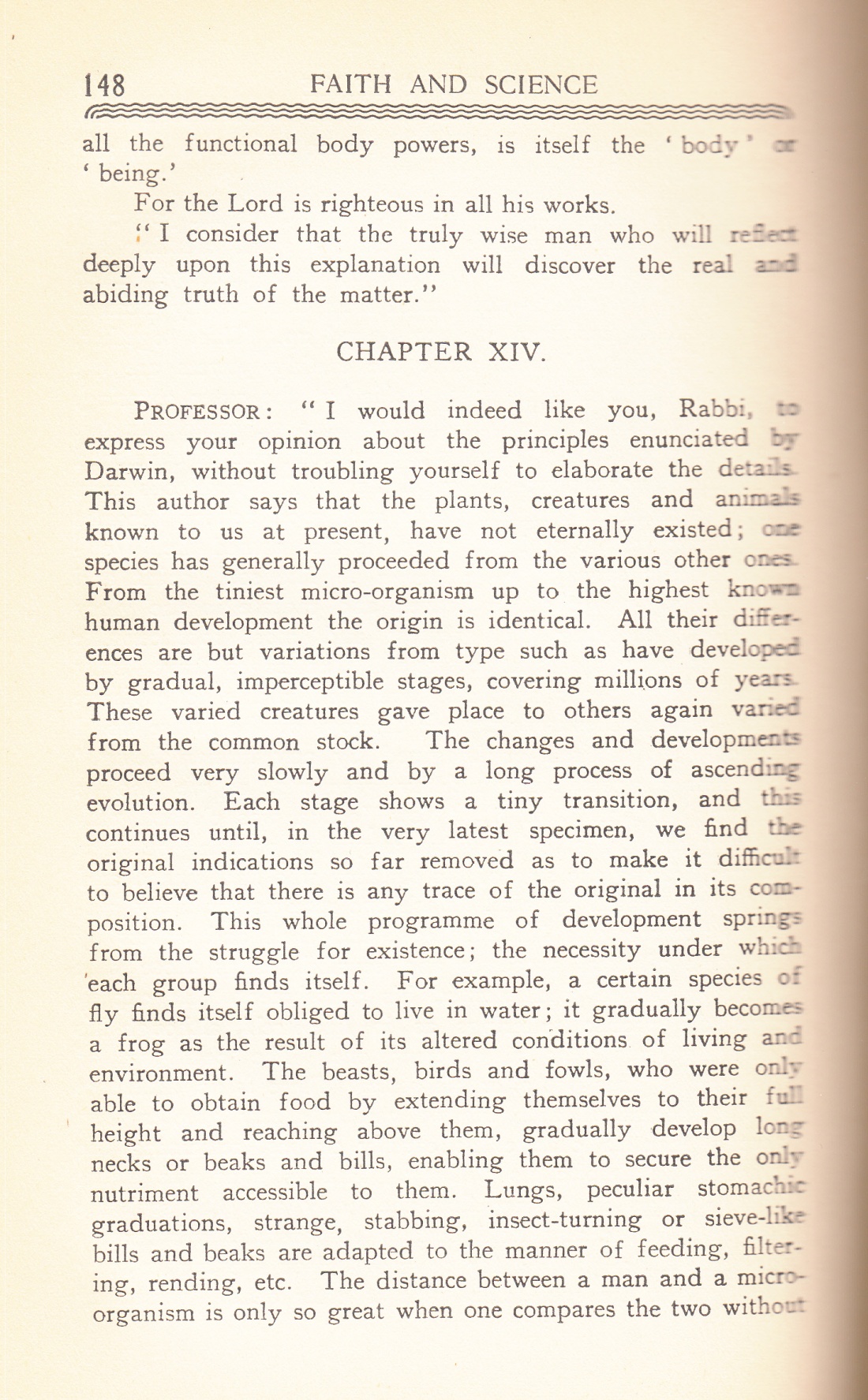 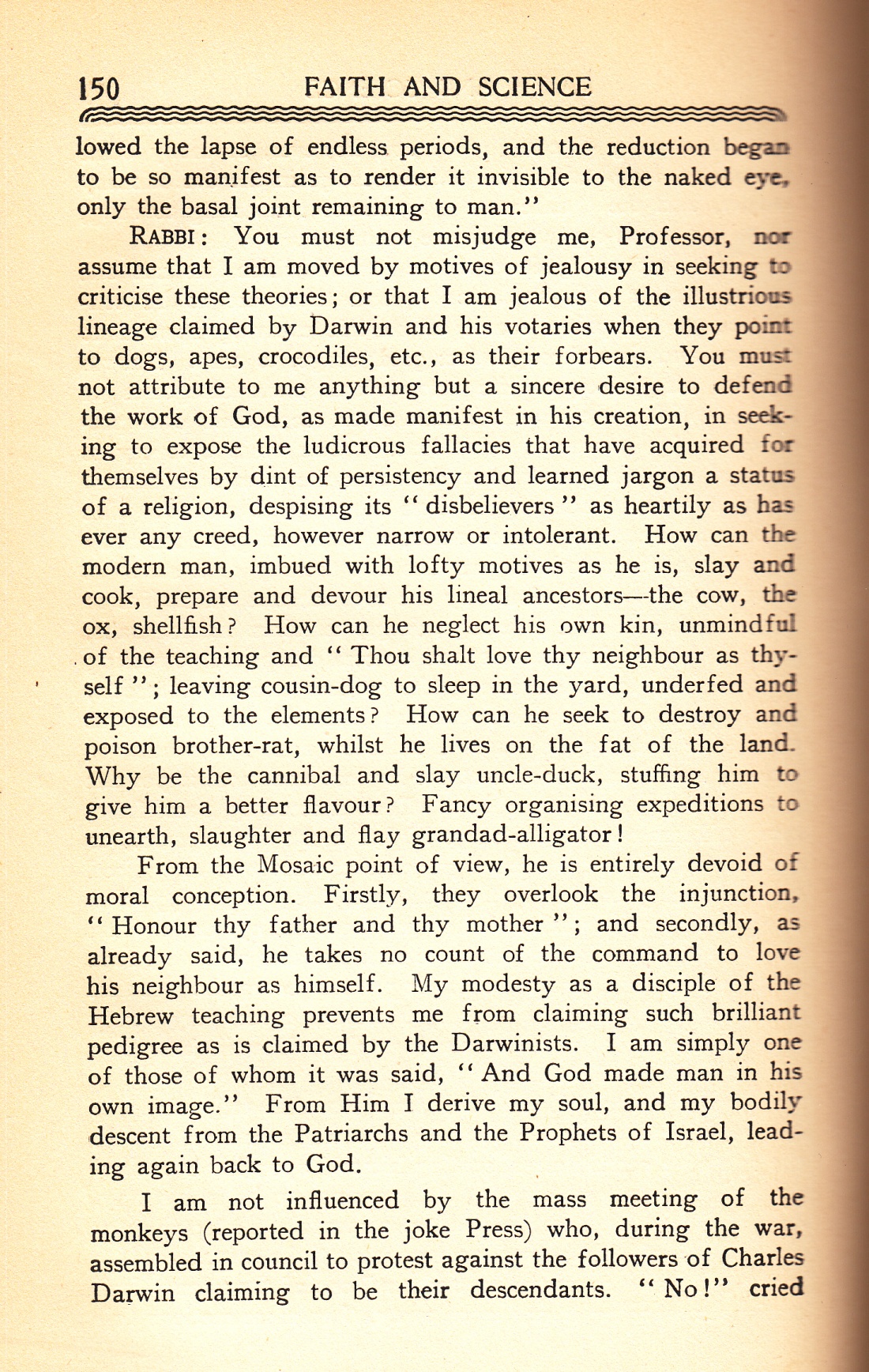 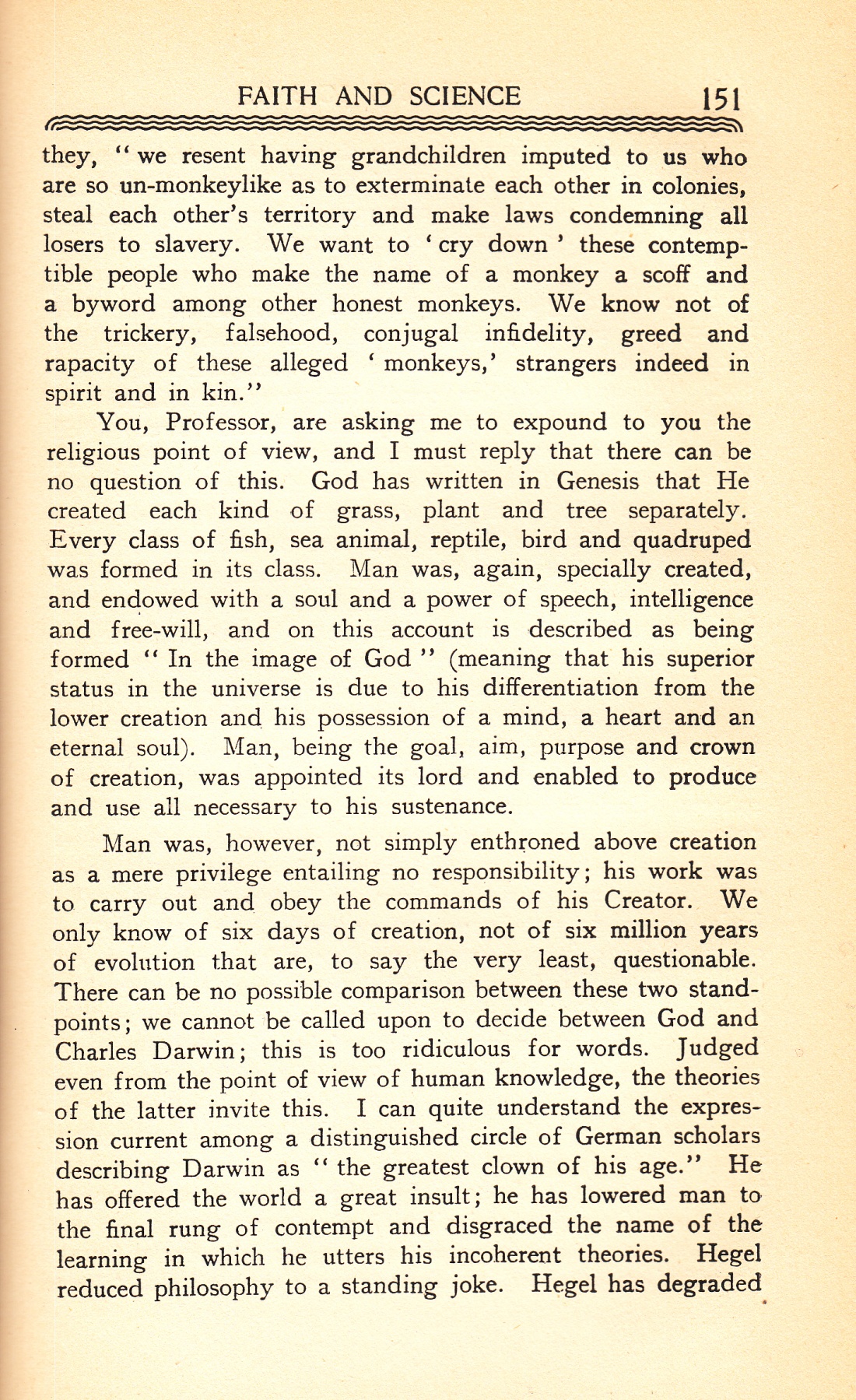