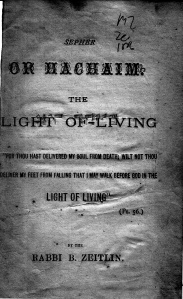 The problem with this little book was identifying the author, Dov Ber (Or Duberish HaCohen) Zeitlin (pronounced Tzeitlin). M. L. Weiser kindly pointed me in the direction of Ohalei Shem, which is a directory of Rabbi’s of the world, compiled in 1912.  Rabbi Zeitlin’s entry, on page 503 of Ohalei Shem lists him in Paris, France.  He is listed as Rabbi B. Zeitlin, 11 bis Rue Jules Cesar, Paris.  Dov Ber the son of Yosef Zeitlin, born in 1841 in Vilna.  He was a teacher in some communities in Russia, and after that was appointed Rabbi of one of the congregations in London.  In 1892 he was appointed Rabbi to the Russian and Polish community in Paris.  The details that he gives are rather vague.

Another reference that I found is in the Jewish Chronicle of 26th February, 1886. There is an article about the St. John’s Wood synagogue Talmud Class, which had met three times a week for the last fifteen months under the direction of Rabbi Zeitlin.

The circumstances of Rabbi Zeitlin’s death are tragic, and Maurice Kennedy kindly researched this and found that Rabbi Zeitlin is buried at Edmonton Federation cemetery.  This was reported in the Jewish Chronicle of May 16th, 1913 and repeated in more detail in The Telegraph, a Brisbane, Australia newspaper of July 7th 1913:

The tragic death of M. Bernard Zeitlyn, a Jewish rabbi, of Paris, who died from injuries received in a tramcar accident at Hackney on Whit Monday, was the subject of an inquiry before Dr. Guthrie, deputy coroner, at Hackney, on 14th May (says “Lloyd’s News”). Elsley Zeitlyn, of Elm Court, Temple, a son of ‘the deceased rabbi, said his father was 70 years of age. He arrived in this country from Paris on the previous Monday afternoon, and died the same day. He was a very careful man, said the son, and he could not conceive that he got off a moving tramcar. Other evidence showed that the deceased gentleman, after tea with a friend named Mr. Harry Abrahams at Victoria Park road, Hackney, paid a visit to Whitechapel, and in returning on a tramcar from Mare street met with the accident. A passenger named George Graves said the conductor told Mr. Zeitlyn not to get off until the car stopped, but he appeared to take no notice. He got on to the platform and stepped off and fell. The car was then about 15 yards from the stopping place, and was travelling about two miles an hour. The conductor said he heard Mr. Zeitlyn ask if Cambridge Heath Road had been reached, and on learning that it had he got up lo leave the ear. He warned him against doing so before the tram stopped, and he next heard that he had fallen off. – Witness picked him up, Mr. Zeitlyn then being in an unconscious condition. He was conveyed to Hackney infirmary where he died from fracture of the skull, without recovering consciousness.  The coroner remarked that it was very sad that so distinguished a member of the Jewish faith should meet his death in such a way. The jury returned a verdict of accidental death and the coroner expressed sympathy with the relatives of Dr. Zeitlyn.

His book has no introduction or haskomos (approbations), and no personal information.  It is divided into two articles, each numbered separately.  Here are some sample pages: 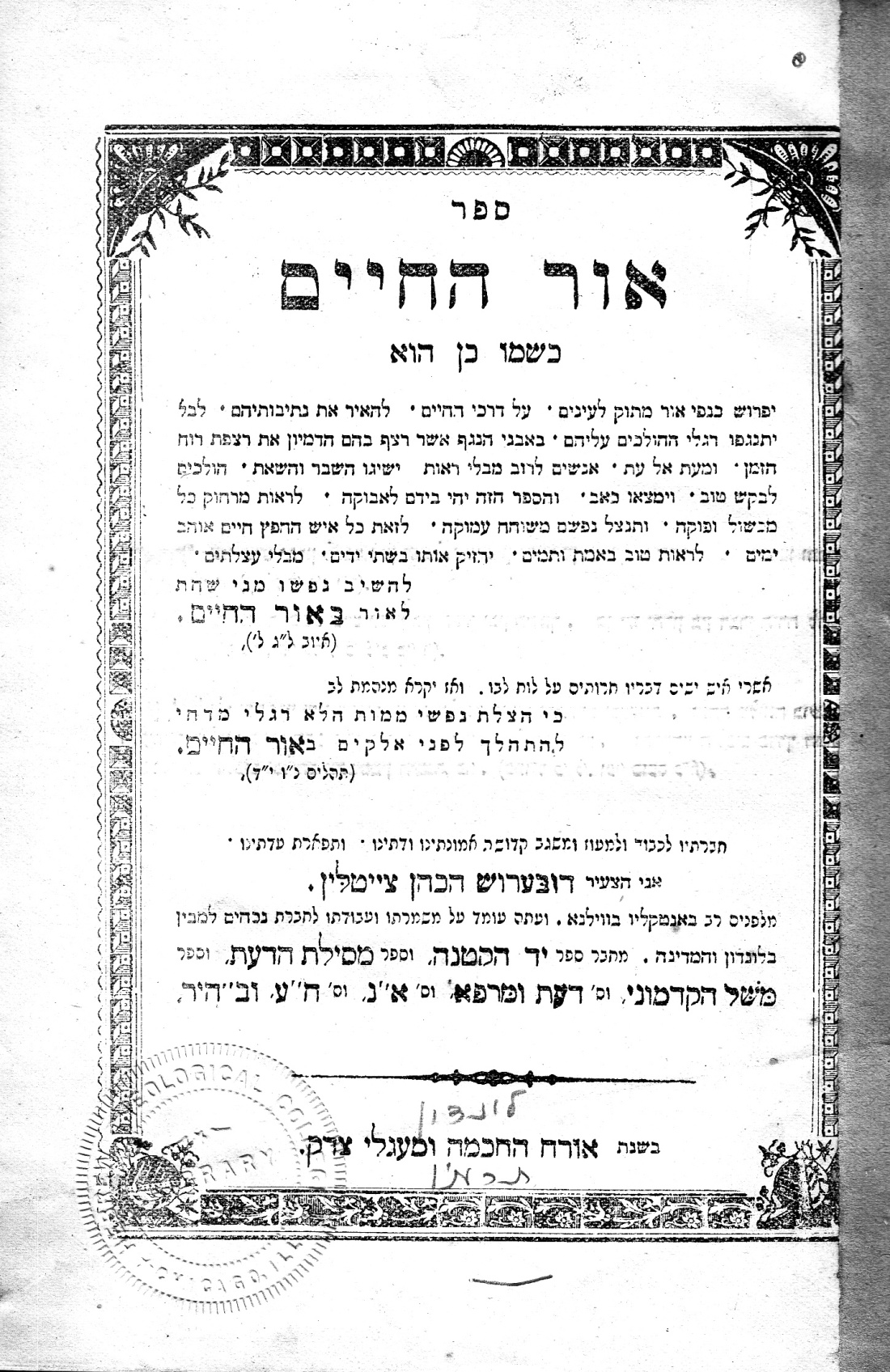 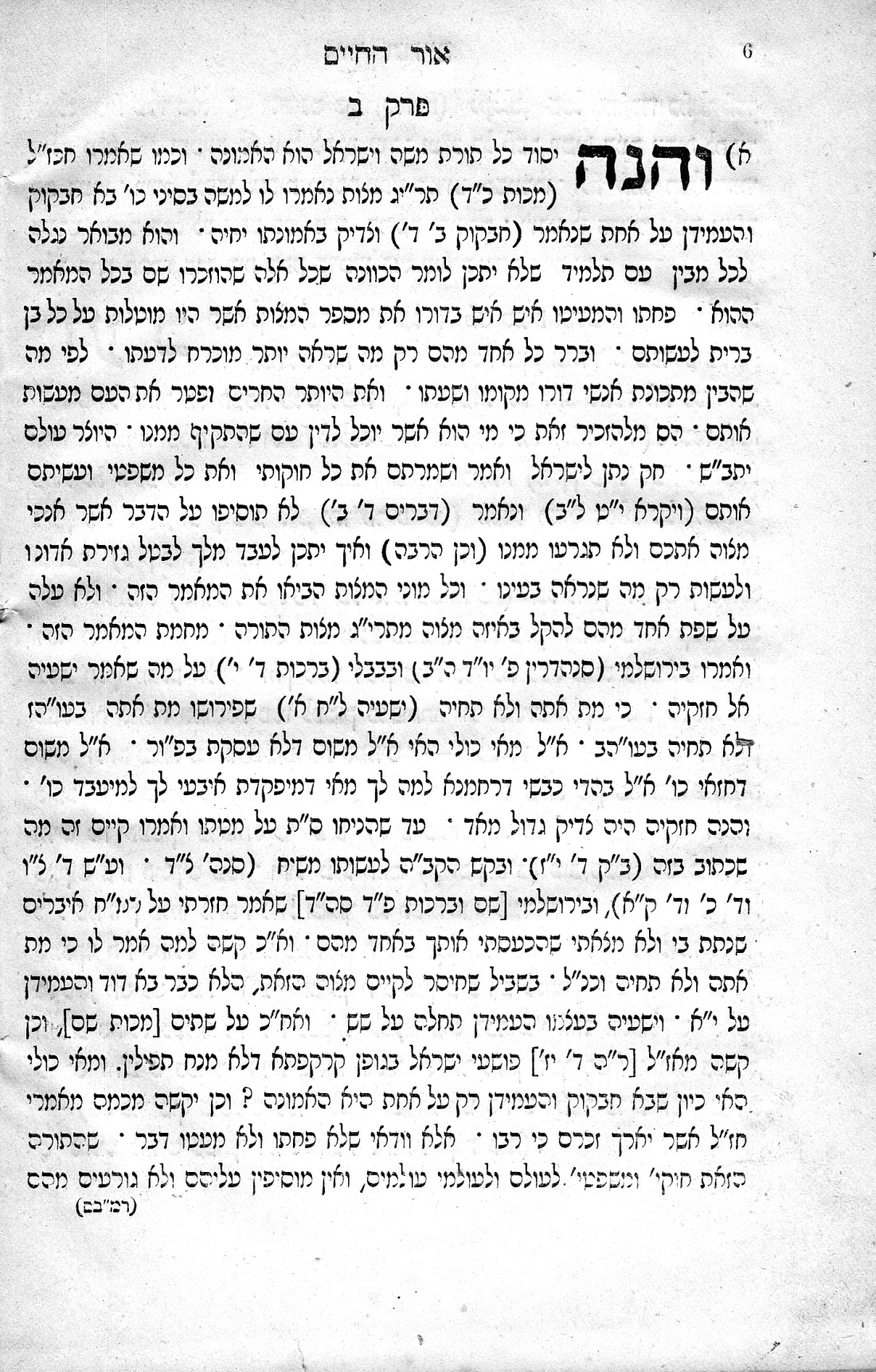 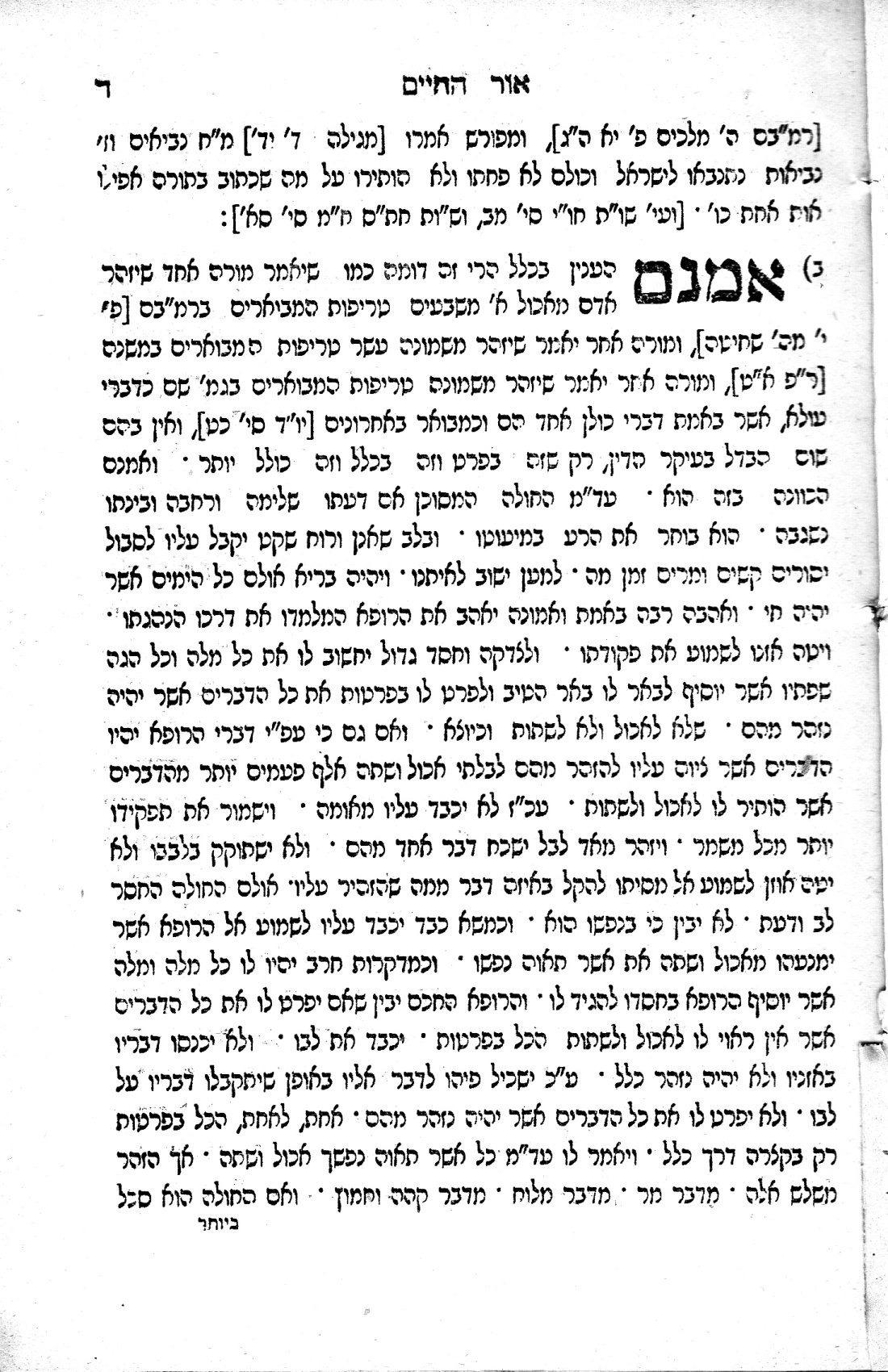