This is a biographical catalogue of engraved Anglo-Jewish portraits.  Before the days of photography, the only images of people were paintings, drawings and engravings.  this catalogue of about 460 known engravings includes a large selection of images, and I have reproduced a few interesting ones below.

Alfred Rubens (1903-1998) was a chartered surveyor who made his fortune in property development.  However, he is known mainly as a collector of prints and drawings and as a historian.  He was the long-time Chairman of the Jewish Museum, and an active member and eventually President of the Jewish Historical Society of England.  His collection is now deposited in the Jewish Museum in Camden Town.  This was his first book, self-financed and based largely on his own collection.

Here is the introduction: 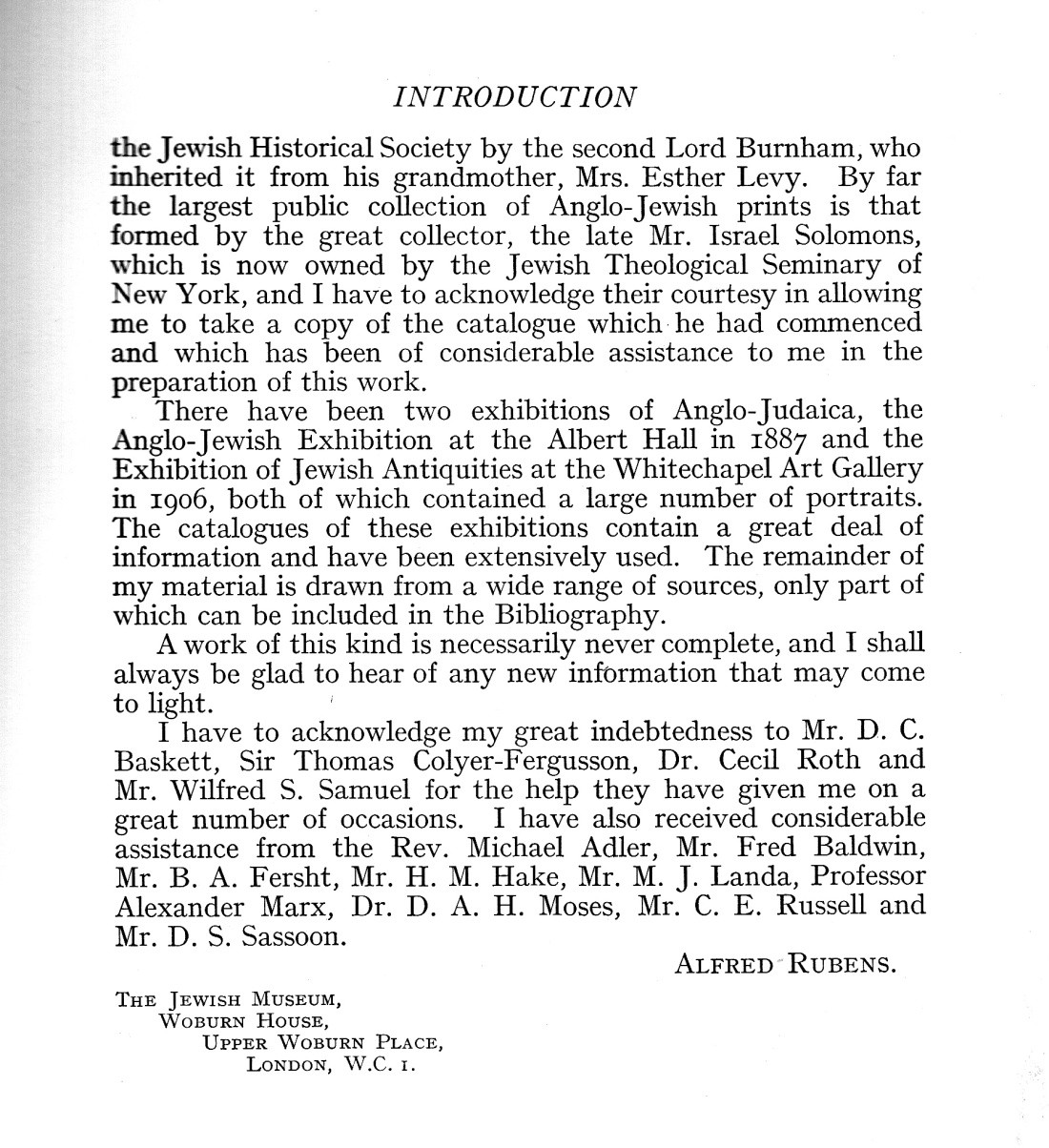 The book is a catalogue listing:

I have chosen a few interesting engravings as examples: 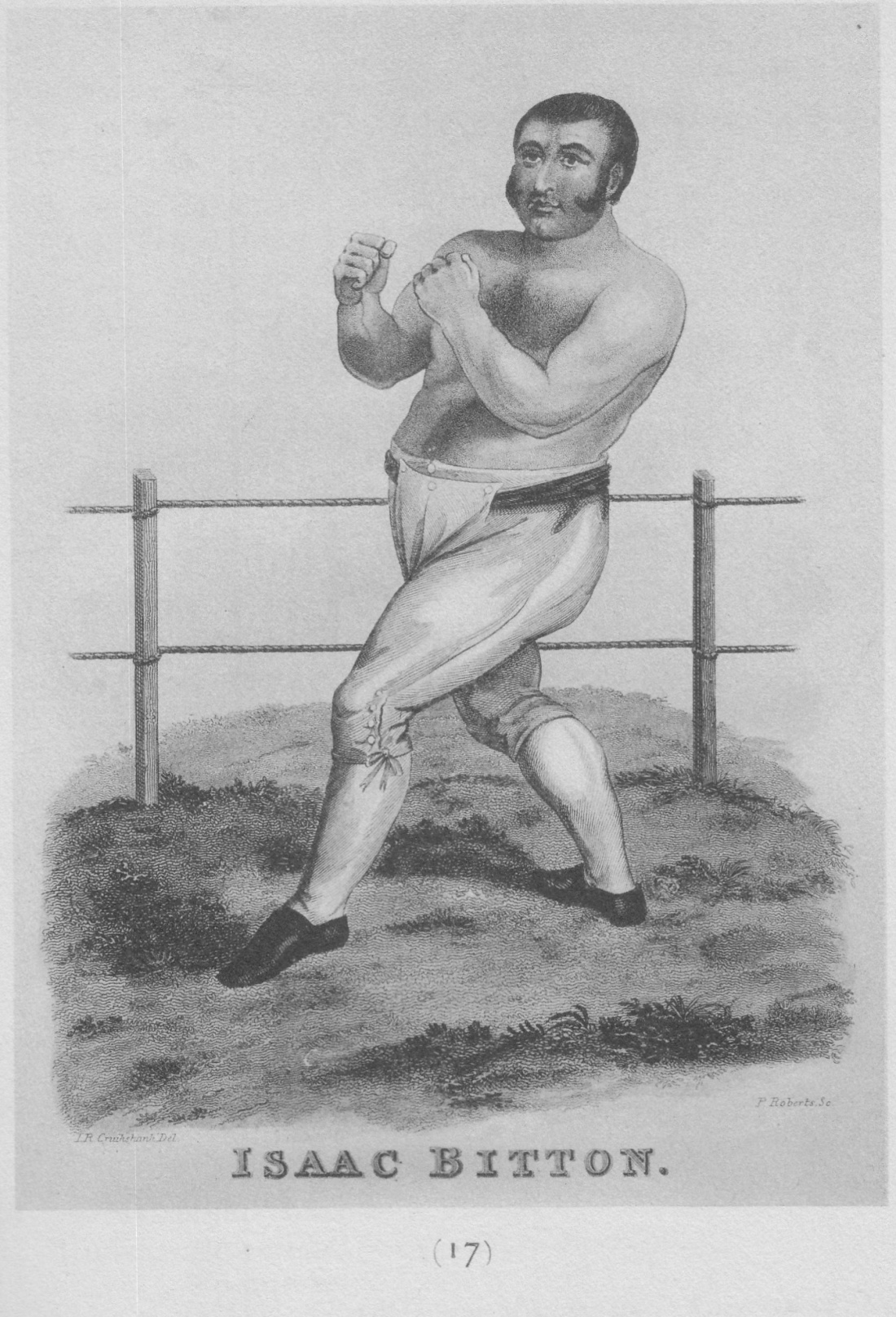 This is No. 99, Moses Franks (1718-1789), Merchant.  He was born in New York and moved to England where he represented his family interests.  He became a prominent member of the Ashkenazi Jewish community in London and a participant in the re-building of the Great Synagogue in Dukes Place, in 1766, for which he donated £250.  He married his cousin, Phila Franks.

In 1763 Moses Franks leased land in Twickenham and had a house known as The Grove built on the site.

Moses and his wife had one daughter, Isabella, who married William Cooper, a Christian, in 1787 with the agreement of her parents. When Moses Franks died, intestate, in 1789 his wife was declared a “lunatic” and so his fortune passed to his daughter and her husband.

Moses Franks is buried at the Alderney Road Cemetery, Mile End.  The engraving is from a painting by Sir Joshua Reynolds. 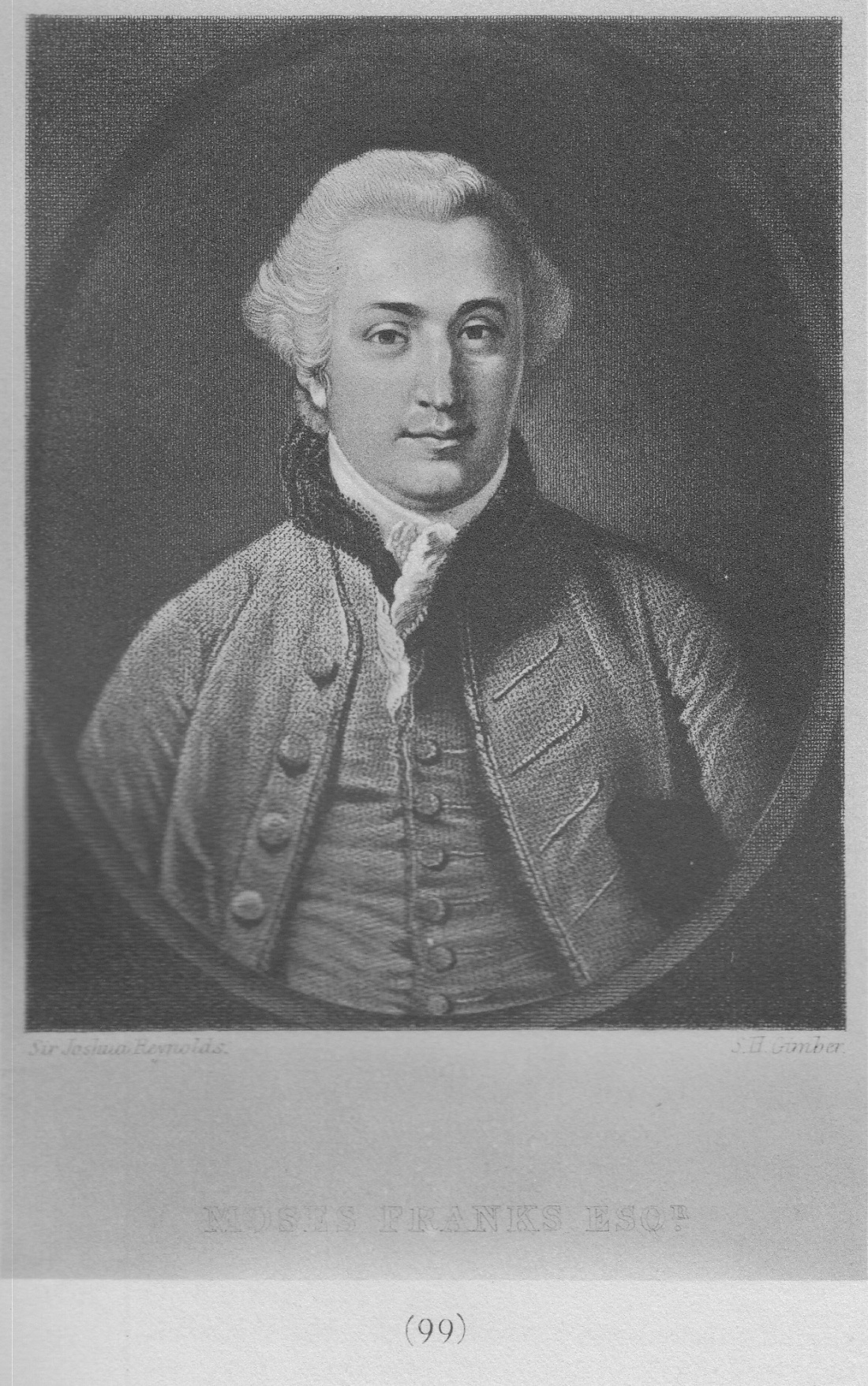 This (below) is No. 122, Sir Isaac Lyon Goldsmid, Bart.  (1778-1859).  He was a financier and the eldest son of Asher Goldsmid of Finsbury Square, and thus a nephew of Abraham Goldsmid, and was the first Jewish Baronet, created in 1841.  He worked for the removal of Jewish disabilities such as the right to be a Member of Parliament, and was a founder of University College, London.  The drawing, which was published in 1824, is a caricature portrait entitled “WILL YOU LET ME A LOAN?”  You can see his genealogy here. 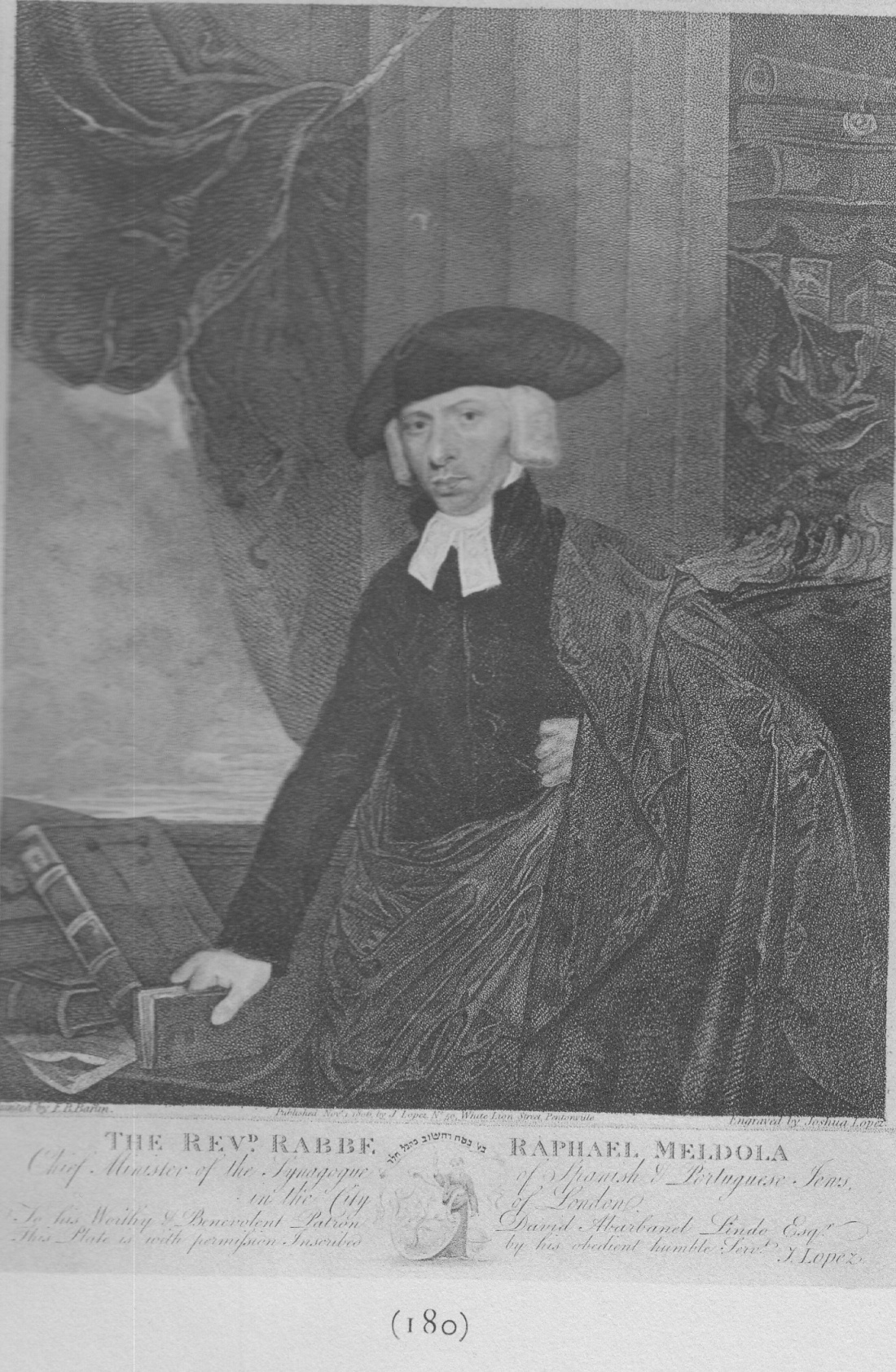 This (below), No. 210, is Rabbi Moses Gomes de Mesquita, Chief Rabbi of the Spanish and Portuguese Jews in London from 1744 until his death in 1751.

This (below), No. 224, is Isaac Pollack, Chazan of the Great Synagogue, Dukes Place.  He was the son of Elijah Pollack of Hamburg.  The engraving was published in 1779 by S. Friedeberg, a Jewish publisher.