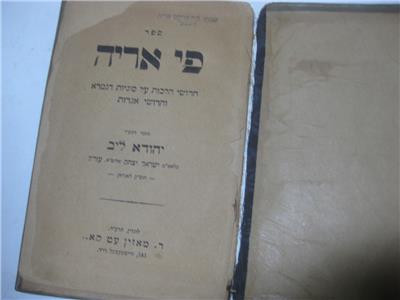 Rabbi Ezrin is another one of those forgotten Rabbis who came from the Russian Empire to the United Kingdom and then went on his journey to another land.  This little book – just 24 pages, so it is really a booklet – was printed for R. Mazin and Co. of 141 Whitechapel Road, in London in 1914.  Time has not been kind to it, as the paper is rather poor quality and has turned brown.

However, the book was reviewed by the Jewish Chronicle in 1915:

“This collection of essays and sermons, “Out of the lion’s mouth,” by “Judah Leib” is published by Mazin & Co. The Hebrew name is that of Rabbi L. Ezrin, 13 Dunk Street.  The sermons are very powerful and form a noteworthy addition to the Library of Jewish homiletics. It is of interest to observe the appeal to the women to give due care to the religious education and training of their children.
Here, in the East End, says Rabbi Ezrin. the father is occupied with the cares of business. It is for the mother to look after the children when they come home from school and to keep them out of the streets. This is the cry of our social workers in the East End. The streets are the centres of evil and temptation. It is of paramount importance to enlist the aid of the Rabbis in combatting the dangers of the  streets. It is only by their appealing to the mothers that the decay of spirituality and the falling off in the religious life of the home can be checked and arrested. For this reason this book with its underlying tendencies is so
important. Mutatis Mutandis much can be applied to the West End also.”

Who was Rabbi Ezrin?  Well, he was born about 1891 in the Russian Empire, and we know that he was in London, a young man living at 13 Dunk Street in 1914 when this book was published.  He then went to Glasgow, in Scotland, and the Jewish Chronicle records him speaking there at a Zionist Mizrachi conference in October 1920.

And then, on May 11, 1923, in a list of missing persons printed in the Jewish Chronicle:
“Cbana Sara Ezrin, in Warsaw, desires to locate Rabbi L. Ezrin, of Glasgow.”

One can surmise that Rabbi Ezrin came to London just before the First World War, probably without his wife and baby daughter.  They were separated by the war, and she was unable to locate him until 1923.

However, we know that she found him and travelled to Glasgow, because we learn from a shipping list that Rabbi Lewis Ezrin arrived in NY January 16, 1924, from Glasgow. He had an uncle, Max Ezrin, living at 2146 ‘Makes Avenue’, NYC, NY.  He travelled with his wife Hannah Sarah and  daughter Esther, aged 11.

In 1925 Rev. Louis Ezrin is listed in the New York City Directory.

In the 1940 US census Louis Ezrin is listed with his wife Anna and daughter Mary aged 15 (so she would have been born in the USA).  He is age 50, from Russia, a Rabbi and ‘owns’ a synagogue. They live at 316 Hopkinson Avenue, Brooklyn.

Here are extracts from his book: 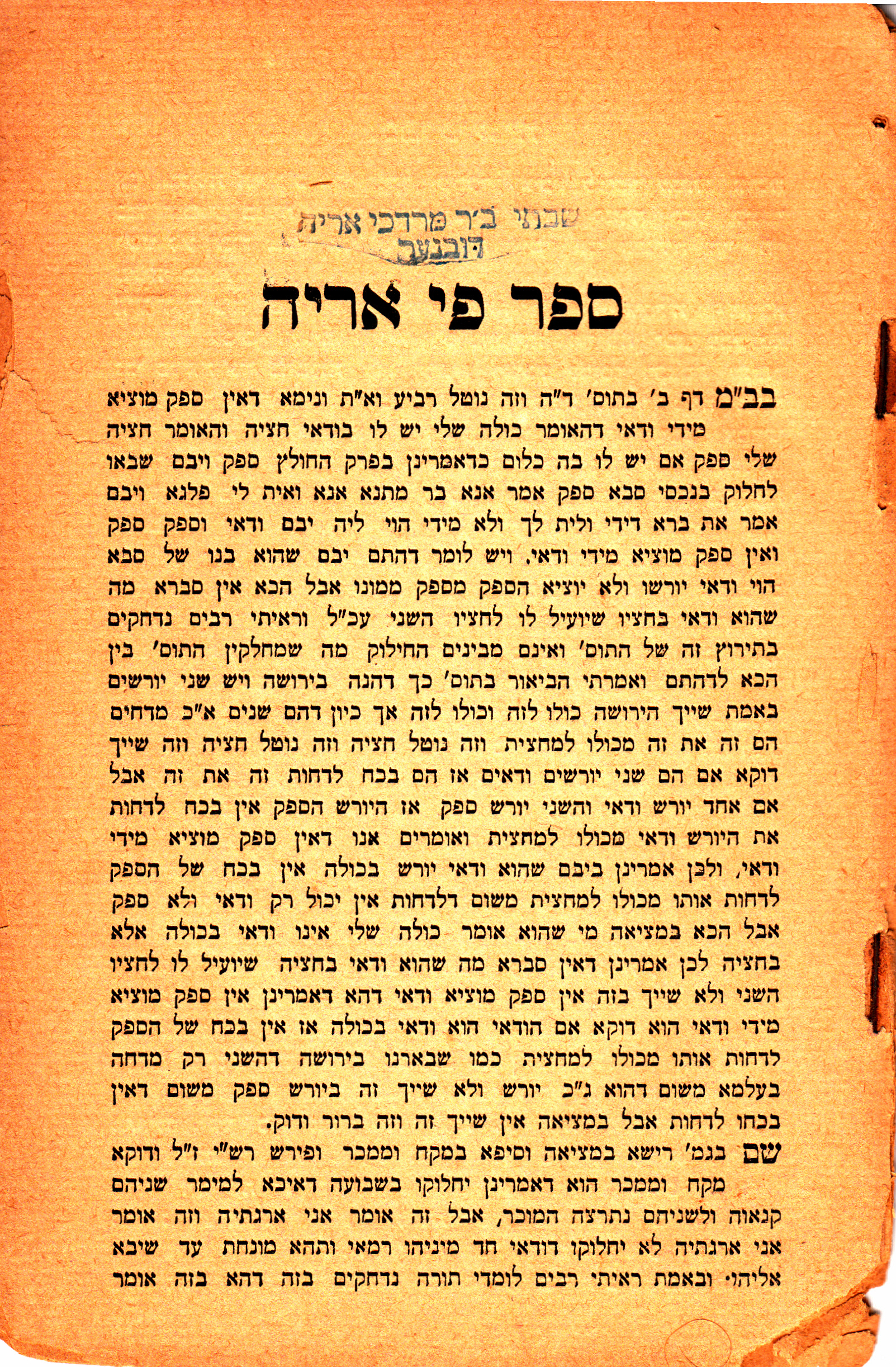 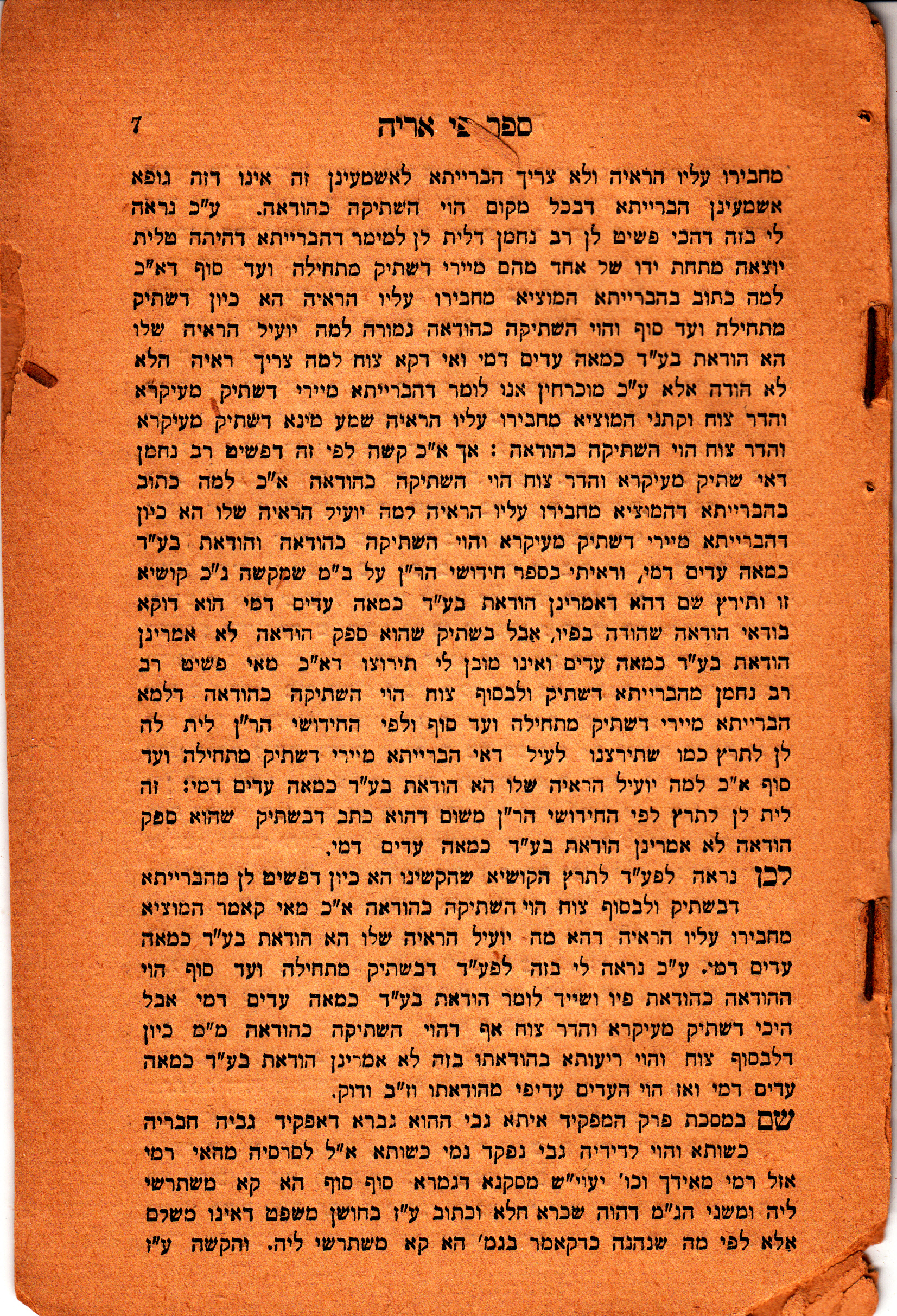 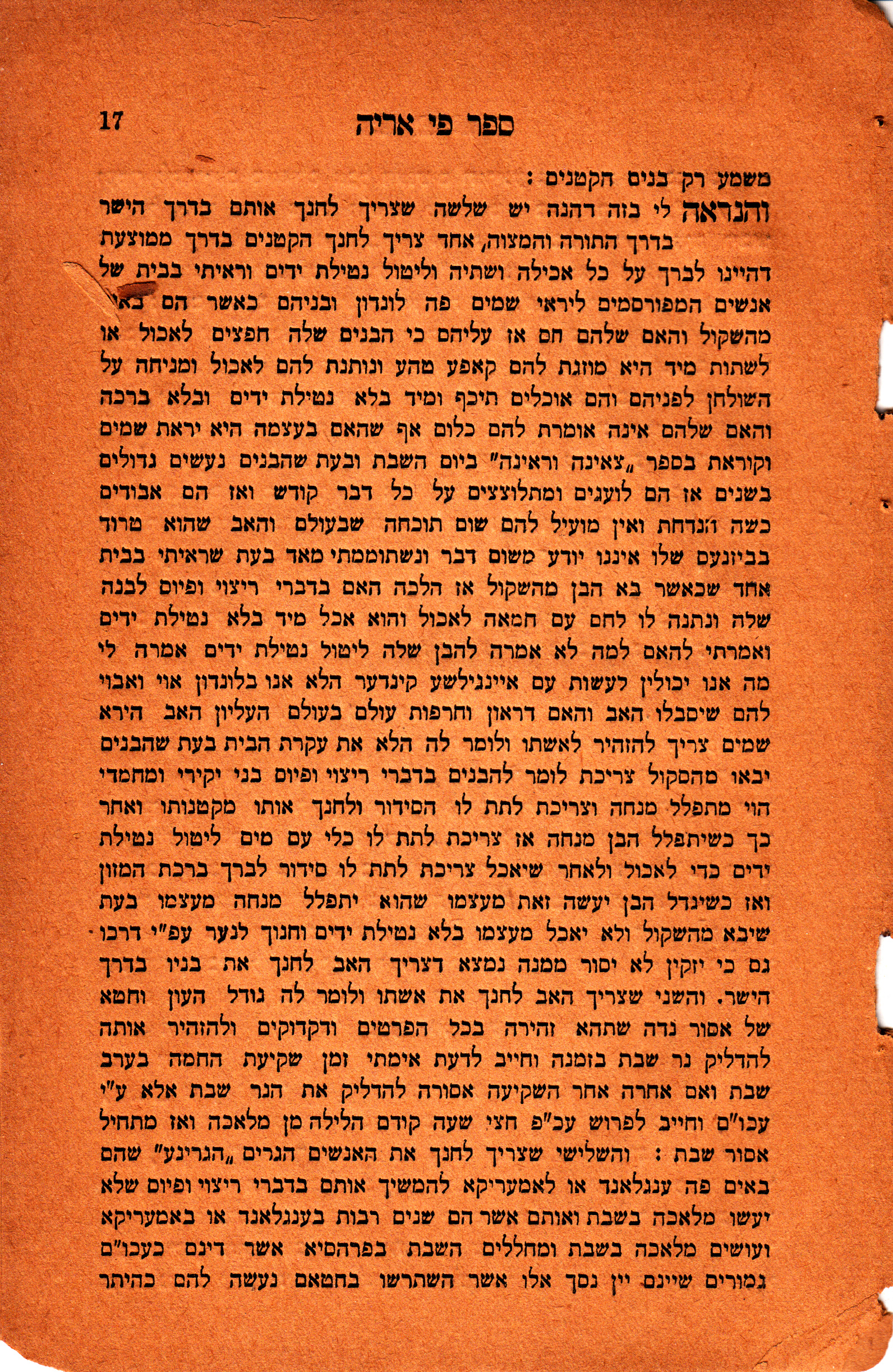 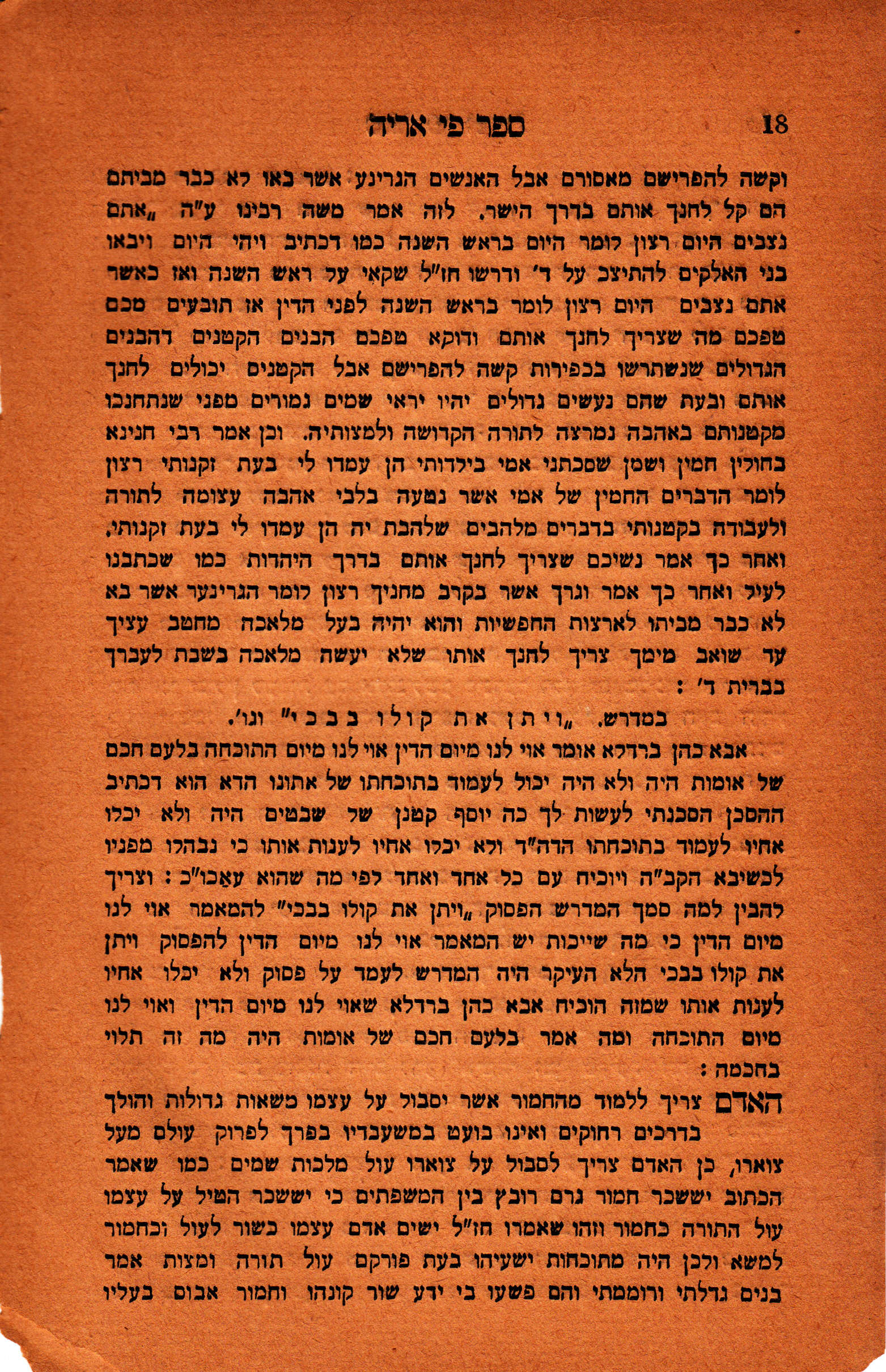 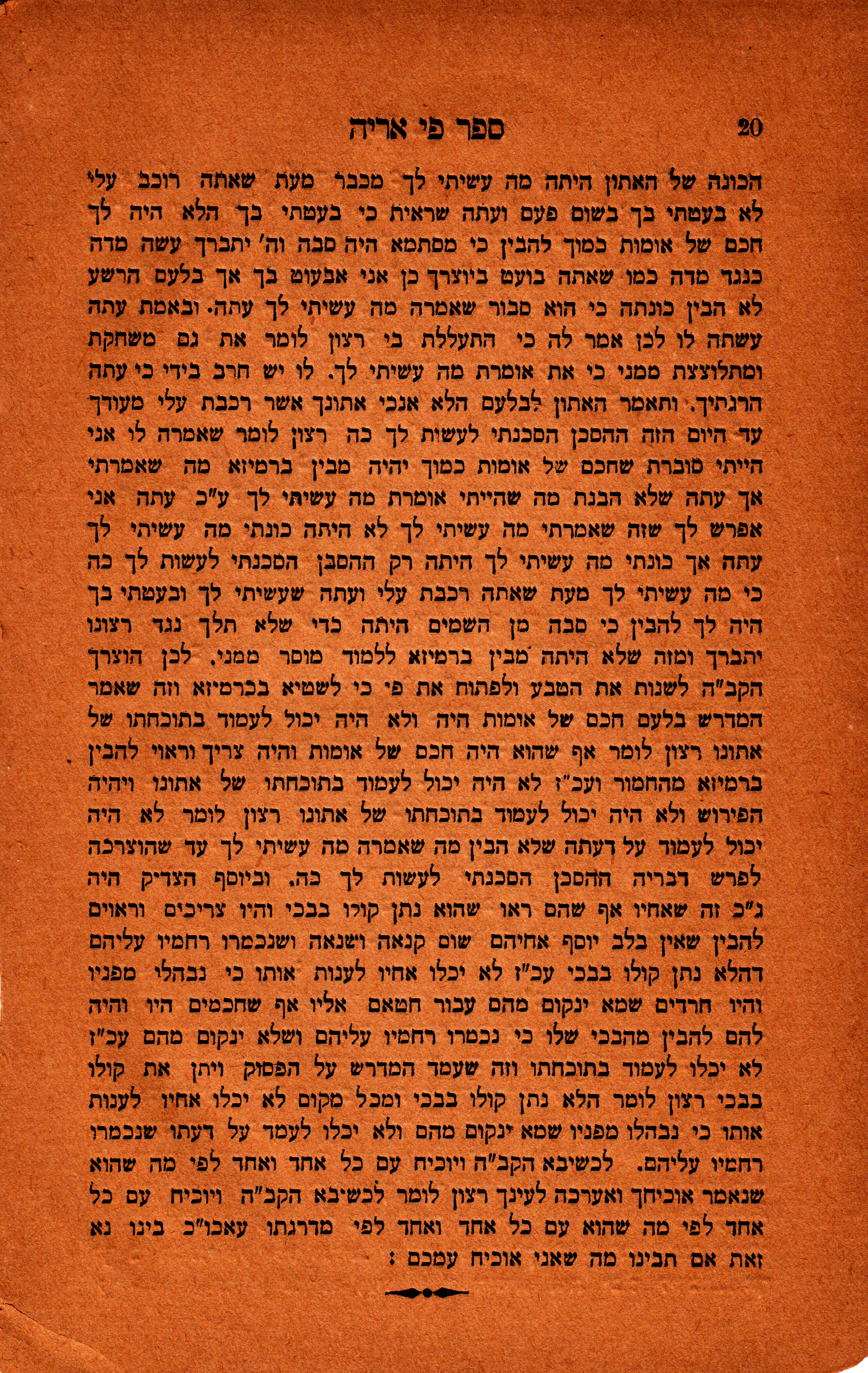 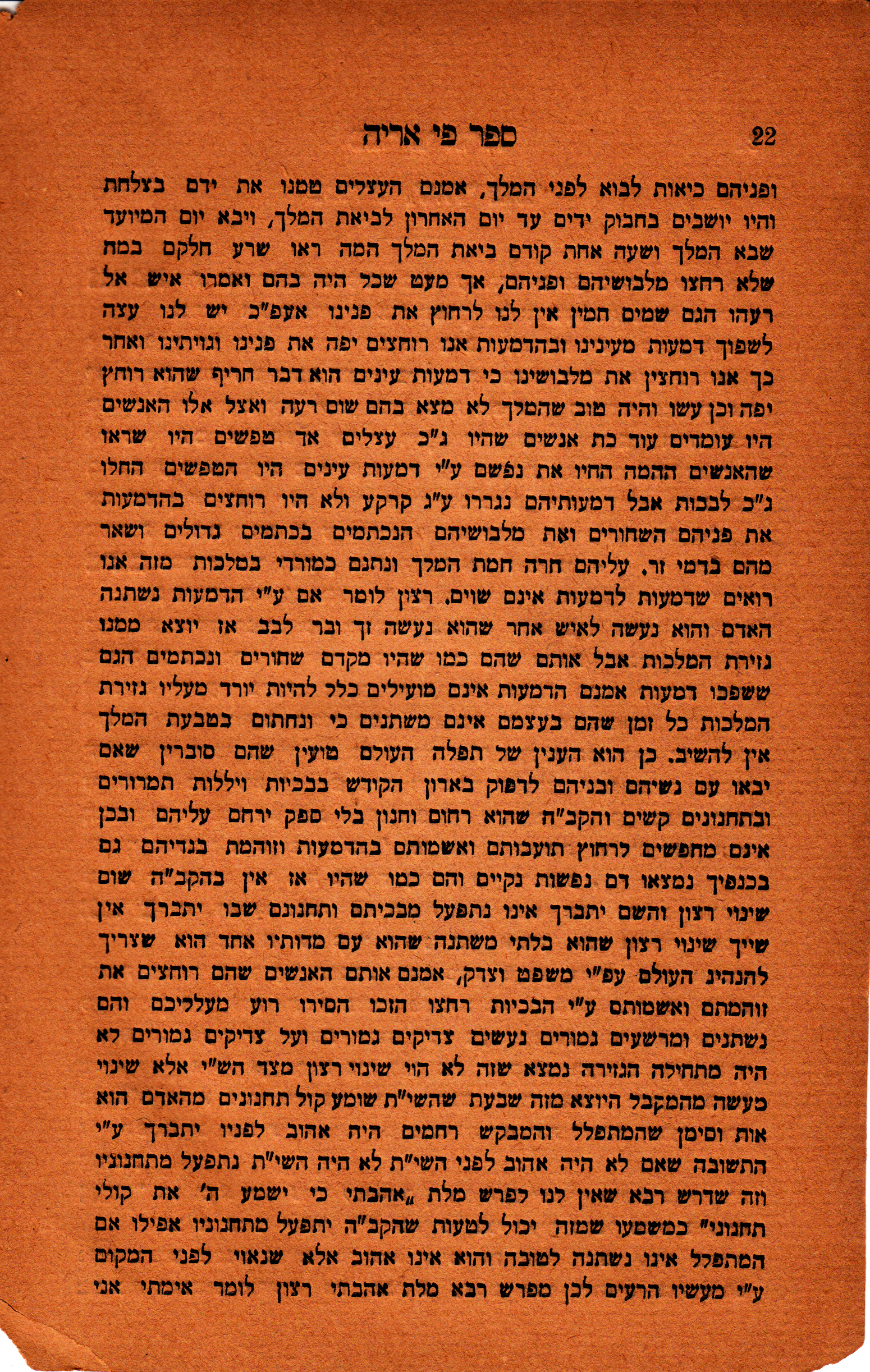 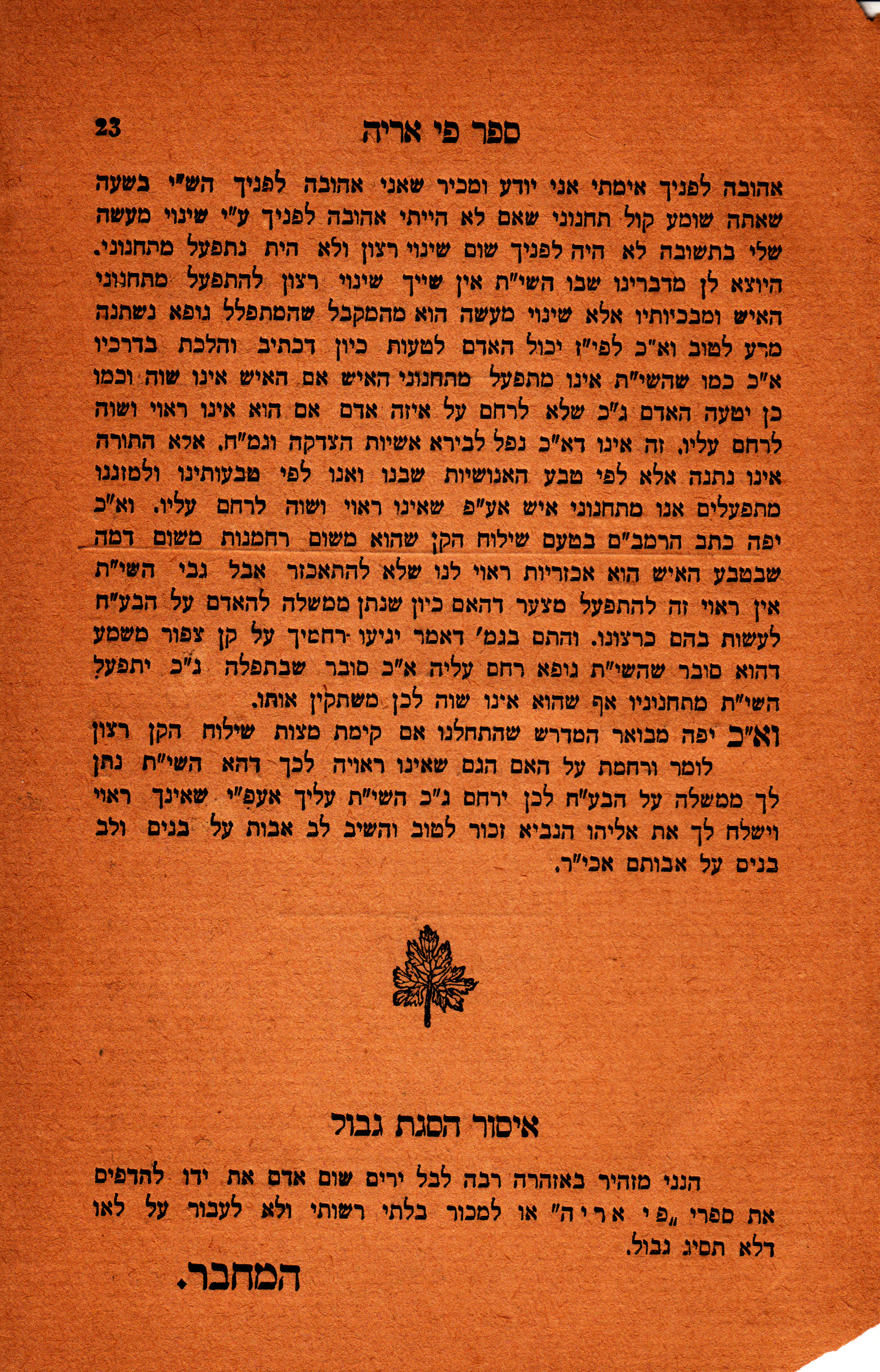 At the end, Rabbi Ezrin issues a strong warning that no-one should print the book “Pi Arieh” or sell it without his permission, but I am sure he would forgive us now as it is a way of preserving his words.