Rabbi Tzvi Hirsch Ferber was born in Kovno in 1879. He was a renowned Torah and Talmudic scholar who emigrated to Manchester, England in 1911 and then in 1913 became the Rabbi and leader of the West End Talmud Torah Synagogue (Kehilas Yeshurun) in Soho, London. Much has been written about him, including his memoirs of his early life edited by Rabbi Pini Dunner – click on a sample here.

Rabbi Ferber was a prolific author and was renowned as a riveting orator who gave his sermons in Yiddish. He was active in communal affairs, and established the Chesed V’emeth Burial Society in 1915. He was for many years the honorary secretary of the London “Vaad Harabonim” (rabbinical council of the Federation of Synagogues) and chairman of the Association of London Rabbis (“Hisachdus Harabonim”). he was a member of the World Rabbinical council of Agudas Yisroel. He

closely collaborated with Rabbi Dr Meir Jung and Rabbi Dr Victor Schonfeld in communal issues. He was a friend of Rabbi Kook, Chief Rabbi of Palestine, from the time that the latter was Rabbi of Machzike Hadath in London. Rabbi Ferber died in November 1966.

His books include his seminal work, Kerem Hatzvi, published between 1920 and 1938.  This book, Shvil HaTzvi (Trail of the Deer, Tzvi being also his own name) was printed by Israel Naroditzky in Whitechapel in 1936.  As he says in the introduction below, the word Shvi”l is also a hint of the name of his father, Rabbi Shimon Yehuda Leib.  The book is number 202 in Moshe Sanders list of Naroditzky publications (Jewish Books in Whitechapel, 1991). It consists of two parts.  The first is an essay on Parshas Zachor.  The second is his commentary on Megillas Esther and an essay entitled Simchas Purim.

I have previously written about Rabbi Ferber’s book Hegyonei Avis, on Pirchei Avos – for which, click here.

But first, the introduction, on the second page of which Rabbi Ferber remembers his family, including his late wife Frieda who had died suddenly in 1923: 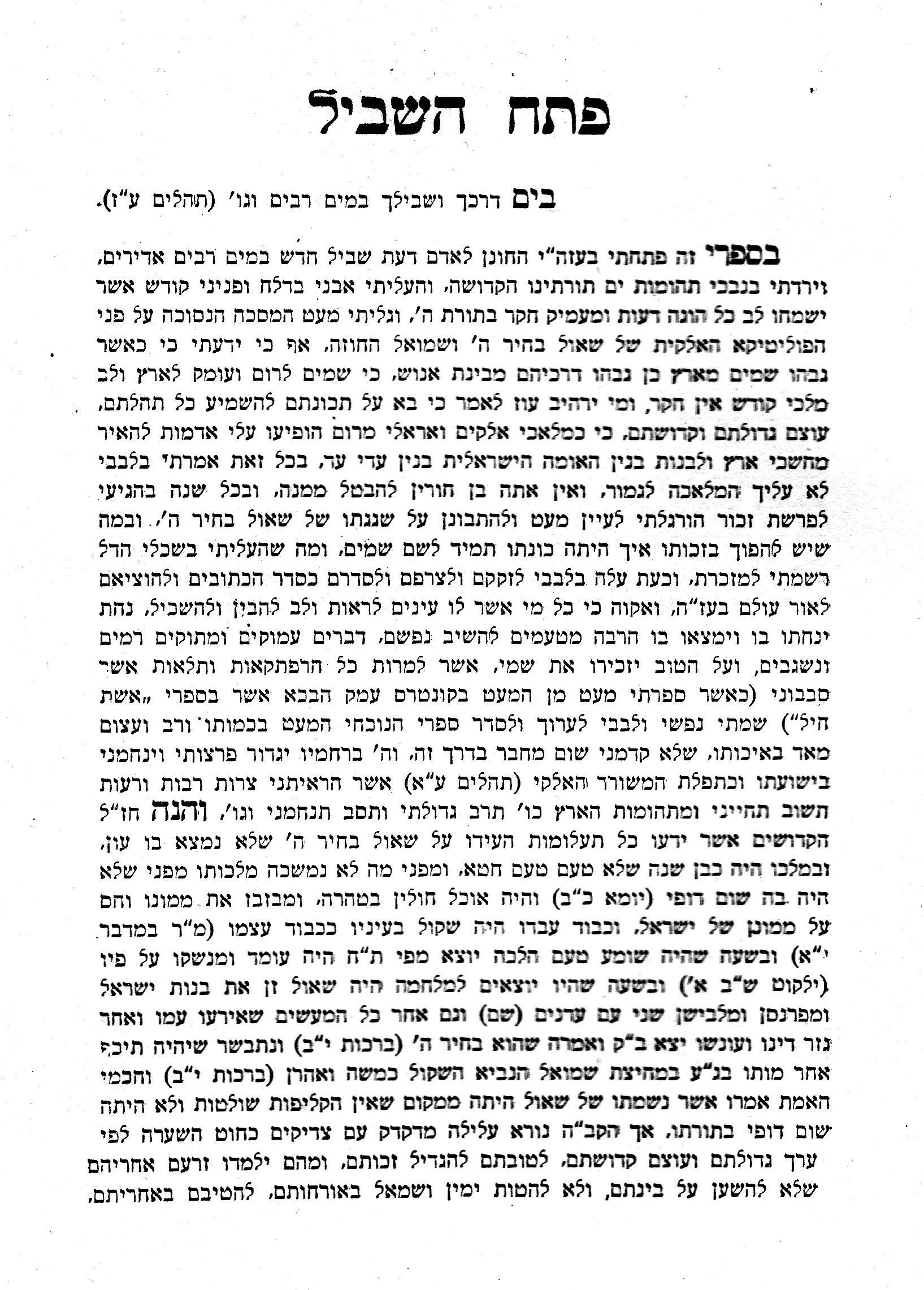 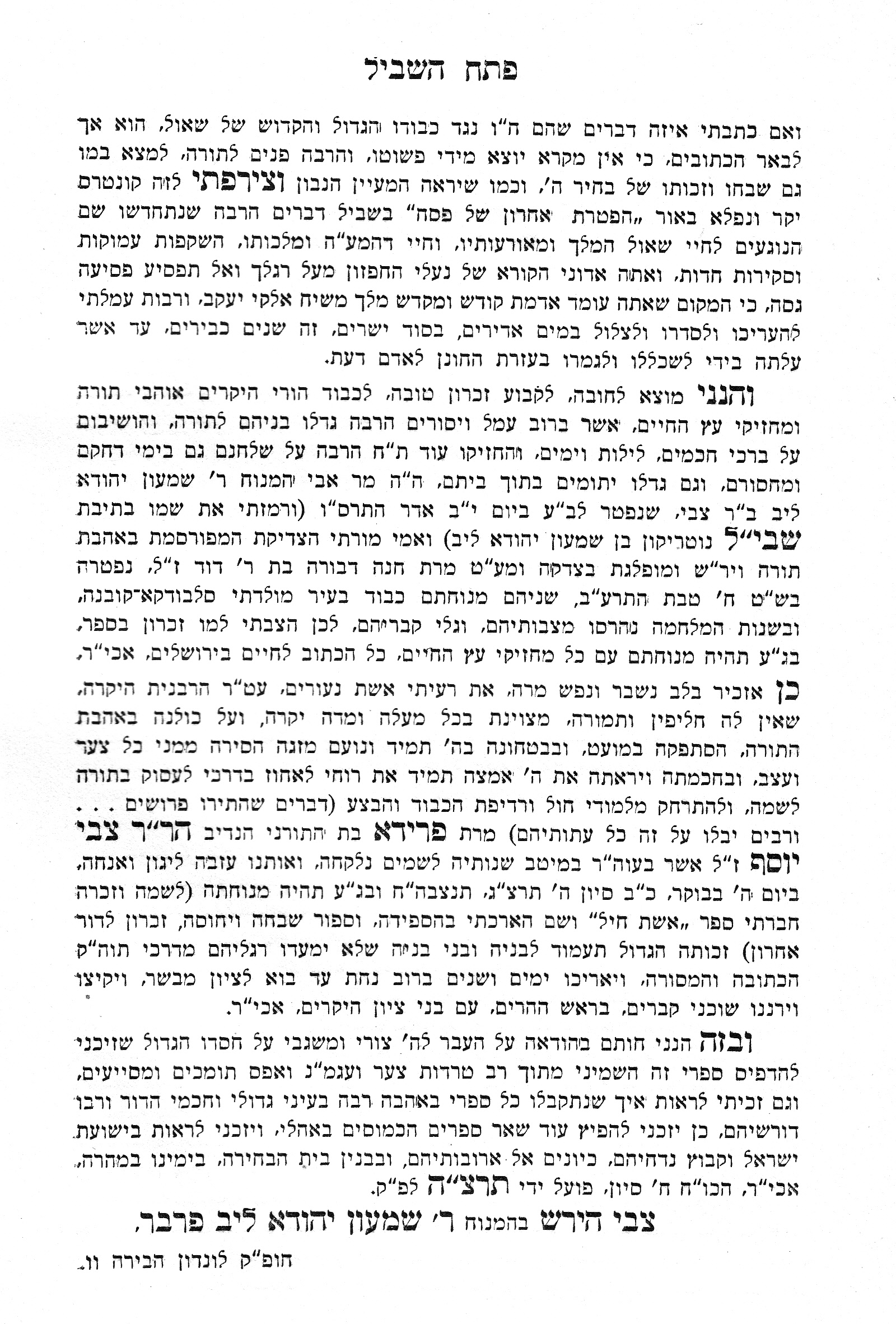 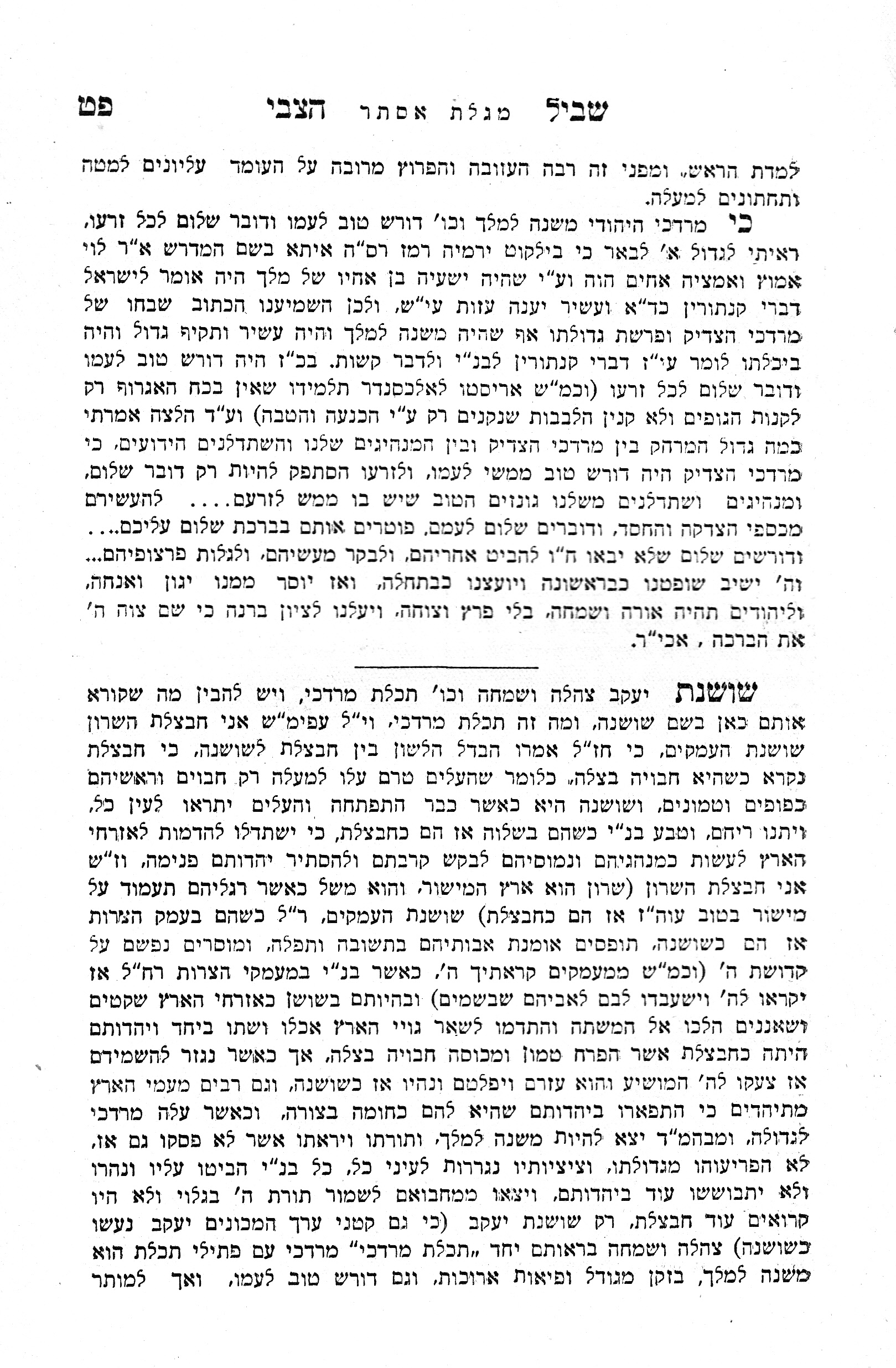 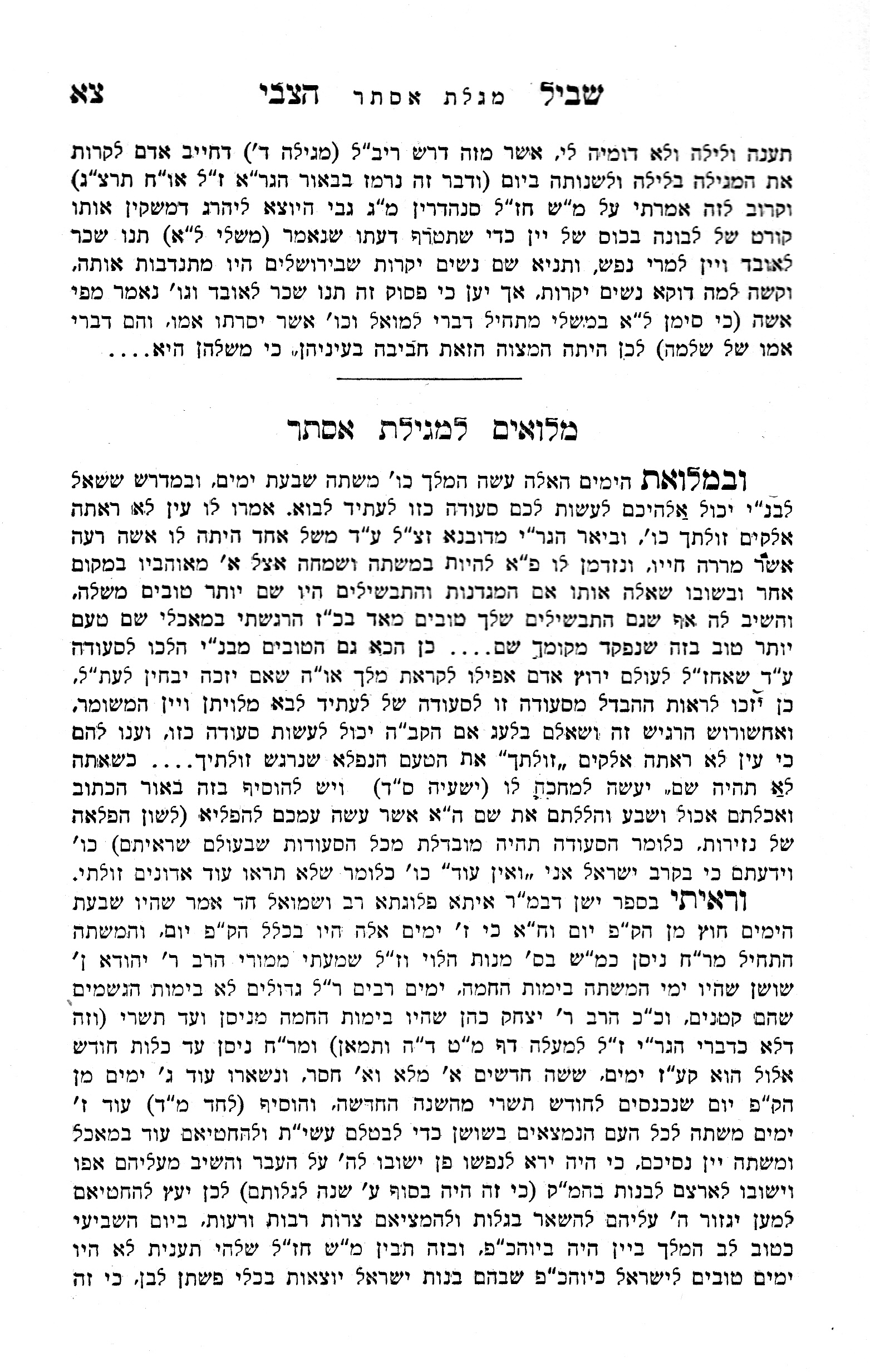