This interesting 200+ page paperback book contains historical facts, stories and legends about the founder of Chassidism, Rabbi Israel, known as the Baal Shem Tov or Besht.

The author, Morris Myer was born in Romania in 1879.  He came to London in 1902 and worked as a journalist. He was known as a writer, an editor, and a prominent British Zionist.  He was Vice-President of the British Zionist Federation, a member of the Board of Deputies of British Jews active in the World Jewish Congress and a leader in other communal affairs.

From 1910 to 1913 he was the London correspondent of various New York publications, including the newspaper, Forverts.  From 1913 until his death in 1944 he edited the London Yiddish daily newspaper Di Zeit (The Jewish Times), which I have written about here.  He also published a Yiddish evening paper, Ovent Zeitung.

This book grew out of a series of articles on the Bal Shem Tov written by Morris Myer under the pseudonym Yechiel Meyer.  The book was produced under wartime conditions and is printed at the offices of Di Zeit on paper that is of little better quality than newsprint, so that the pages have turned a grey-brown.

In his articles and in this book, Myer deals with the ten main principles of Chassidism: love of the deity, Devekut (cleaving to God), prayer, Kavanah (devotion), Hitlahavut (enthusiasm), Hitbodedut (seclusion), humility, charity, Torah study, and serving the Almighty. Myer stresses that the Baal Shem Tov (known as the Besht) revitalized the Jewish community not by revolutionary methods, but by reviving ancient Jewish precepts.  Morris Myer generated a favourable climate in his newspaper for Chassidism, and had cordial relationships with London’s Chassidic Rebbes and the Rabbonim of the Federation of Synagogues, some of whom had Chassidic backgrouinds. 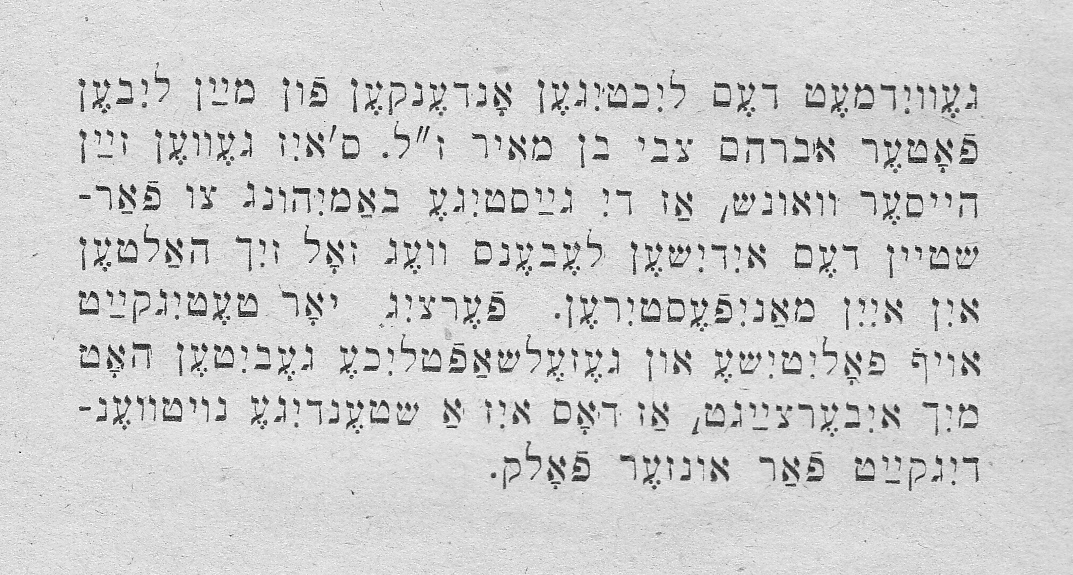 Reb Yisroel Baal Shem Tov was written in 1940-1941 in Yiddish, and makes reference to the war in the Foreword:

The scope can be seen in the Table of Contents:

Here is a selection: 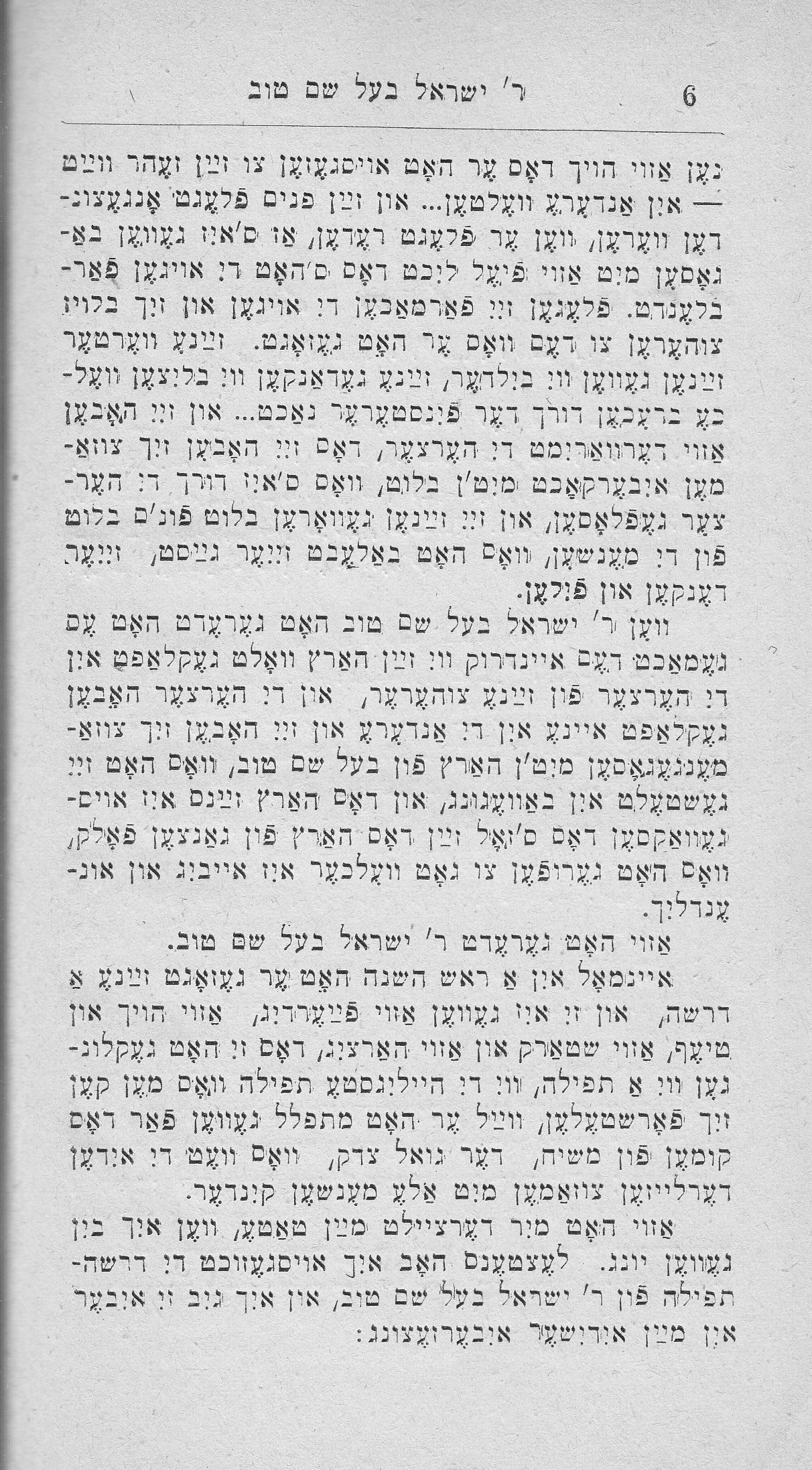 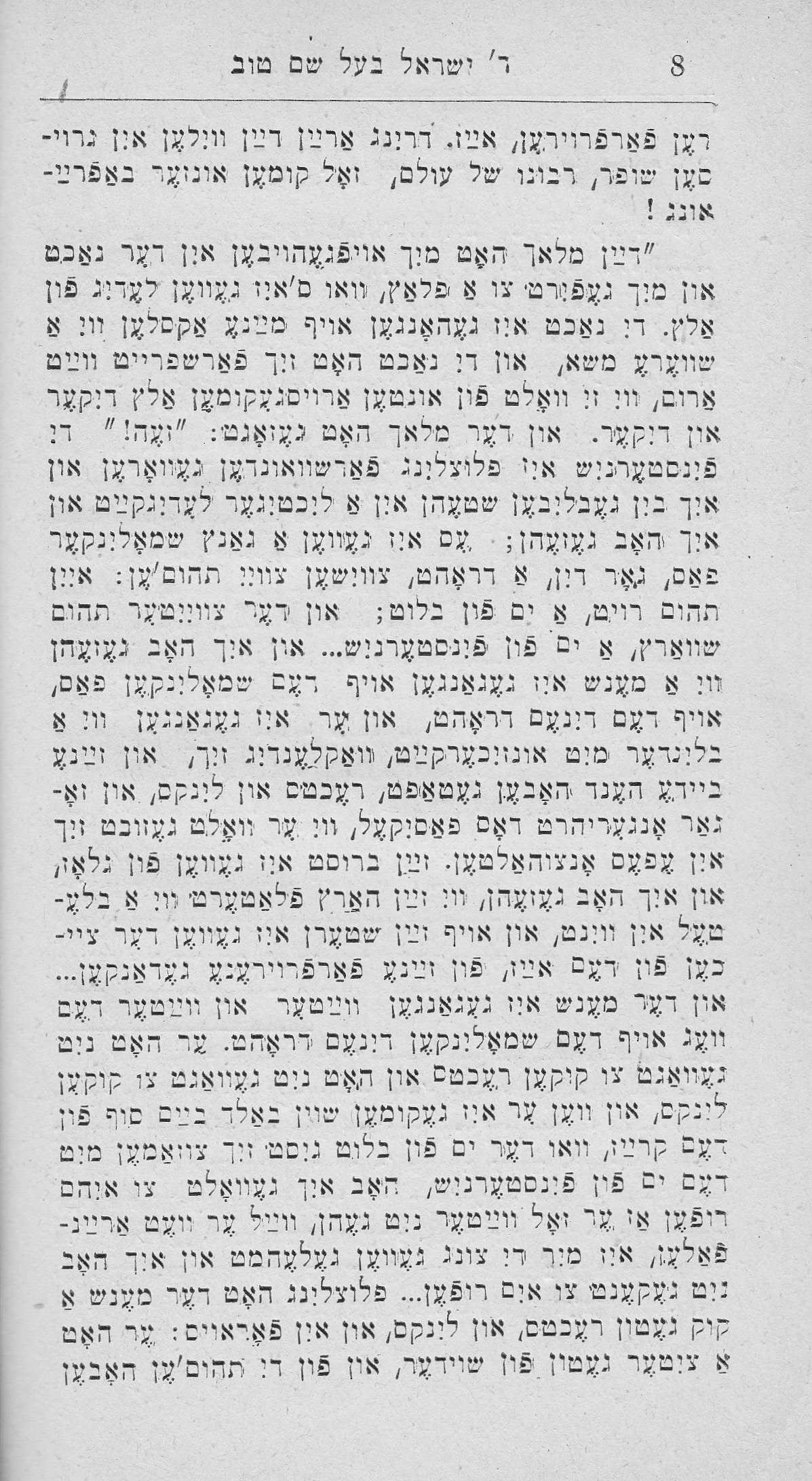 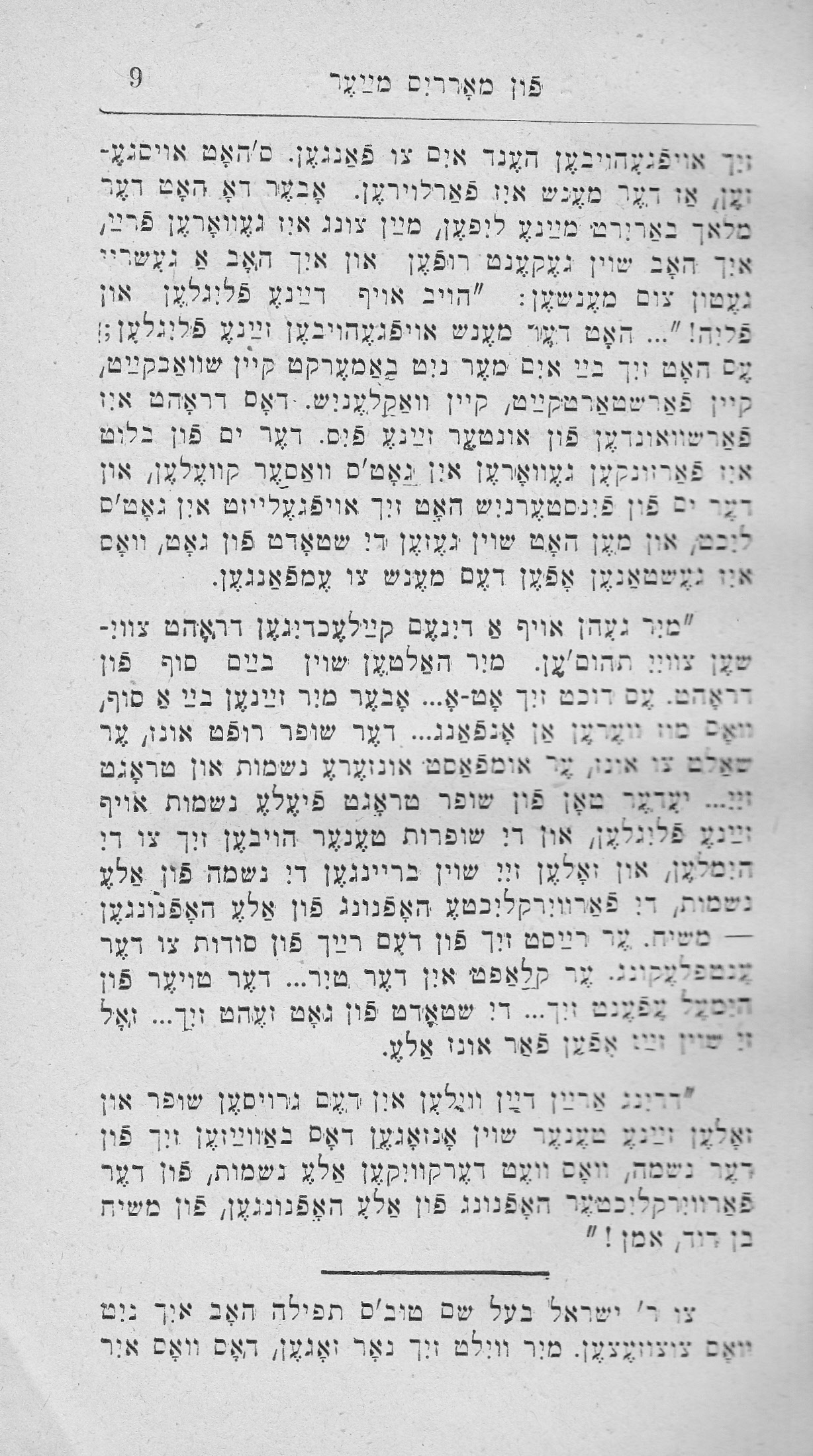 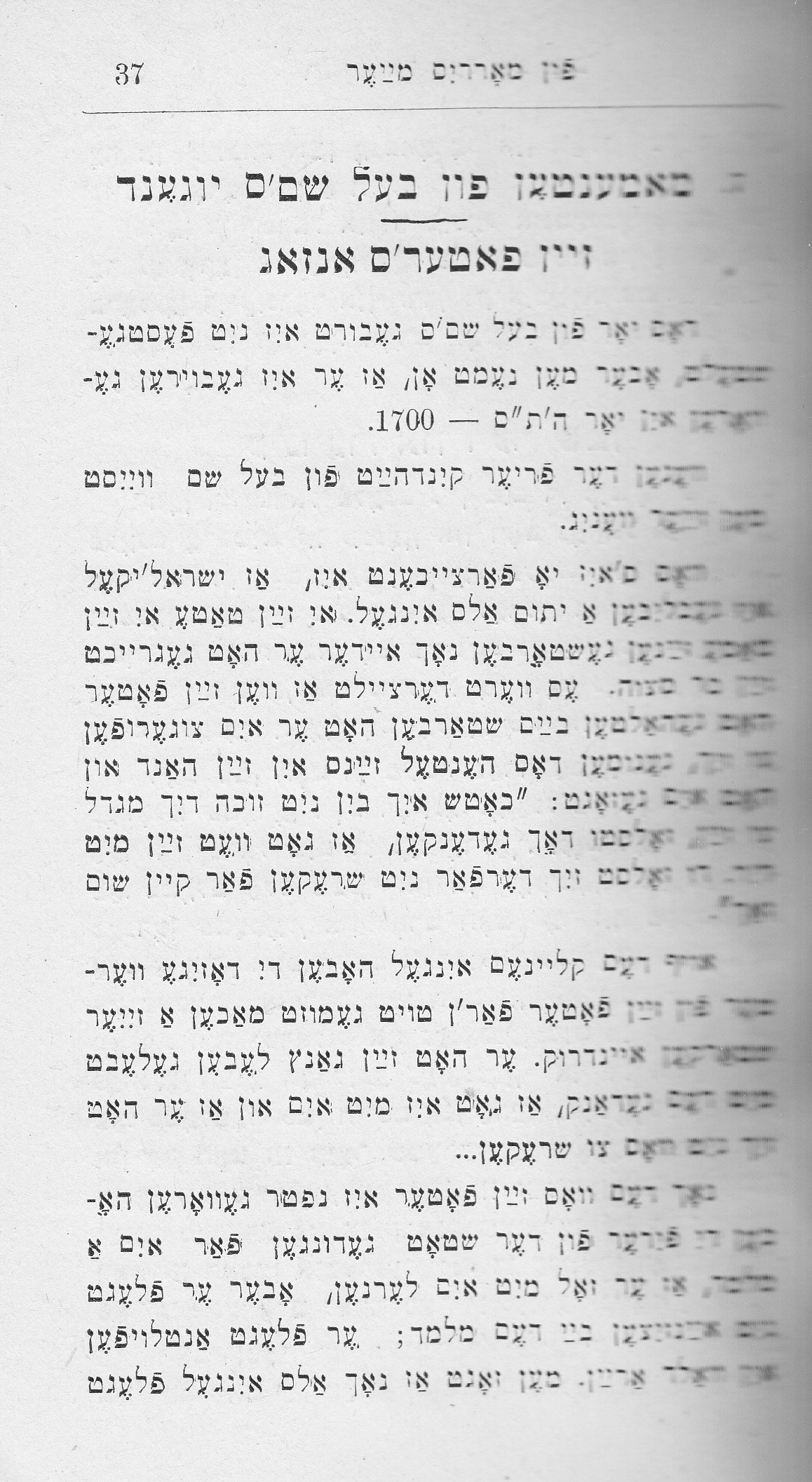 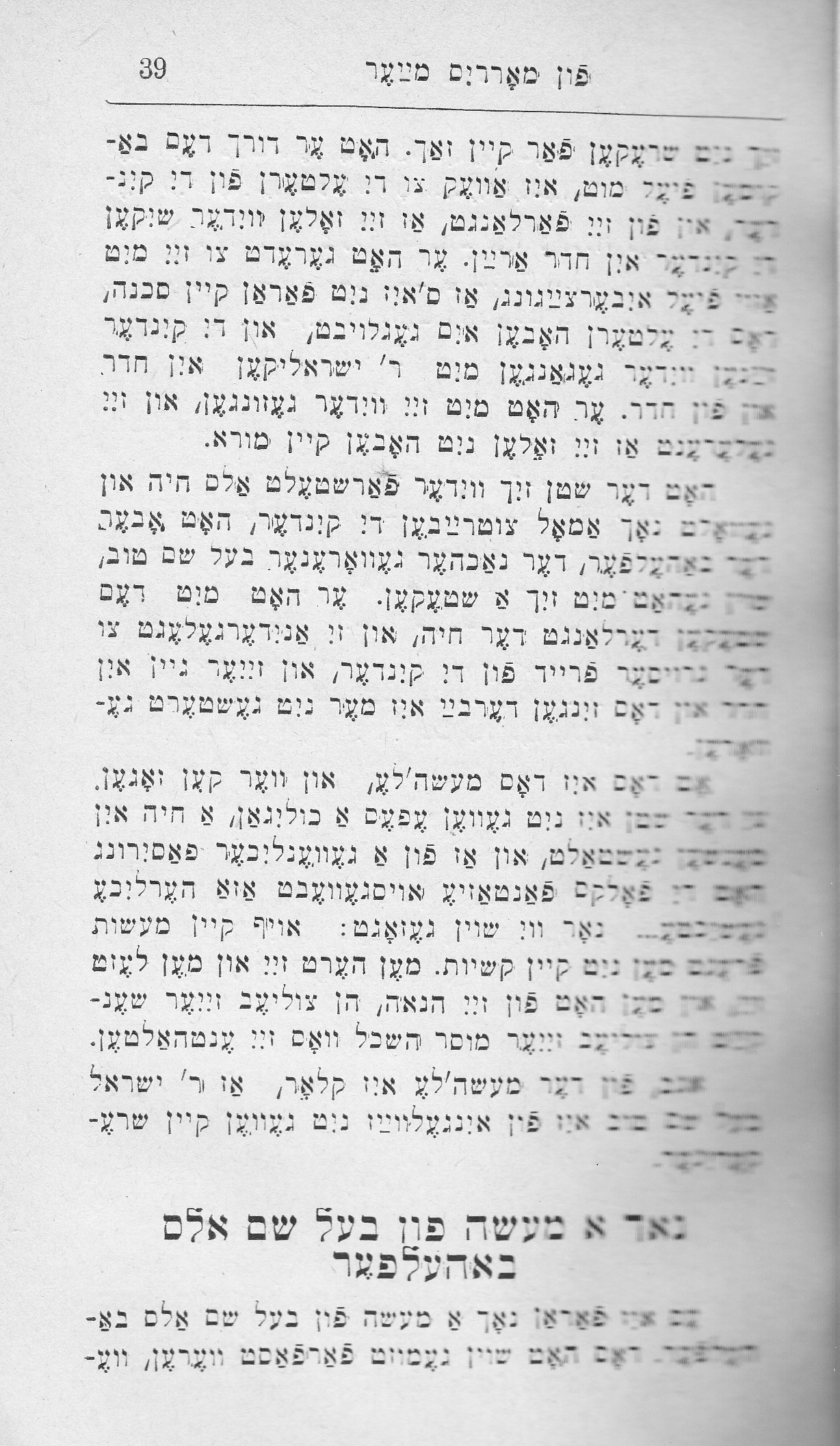 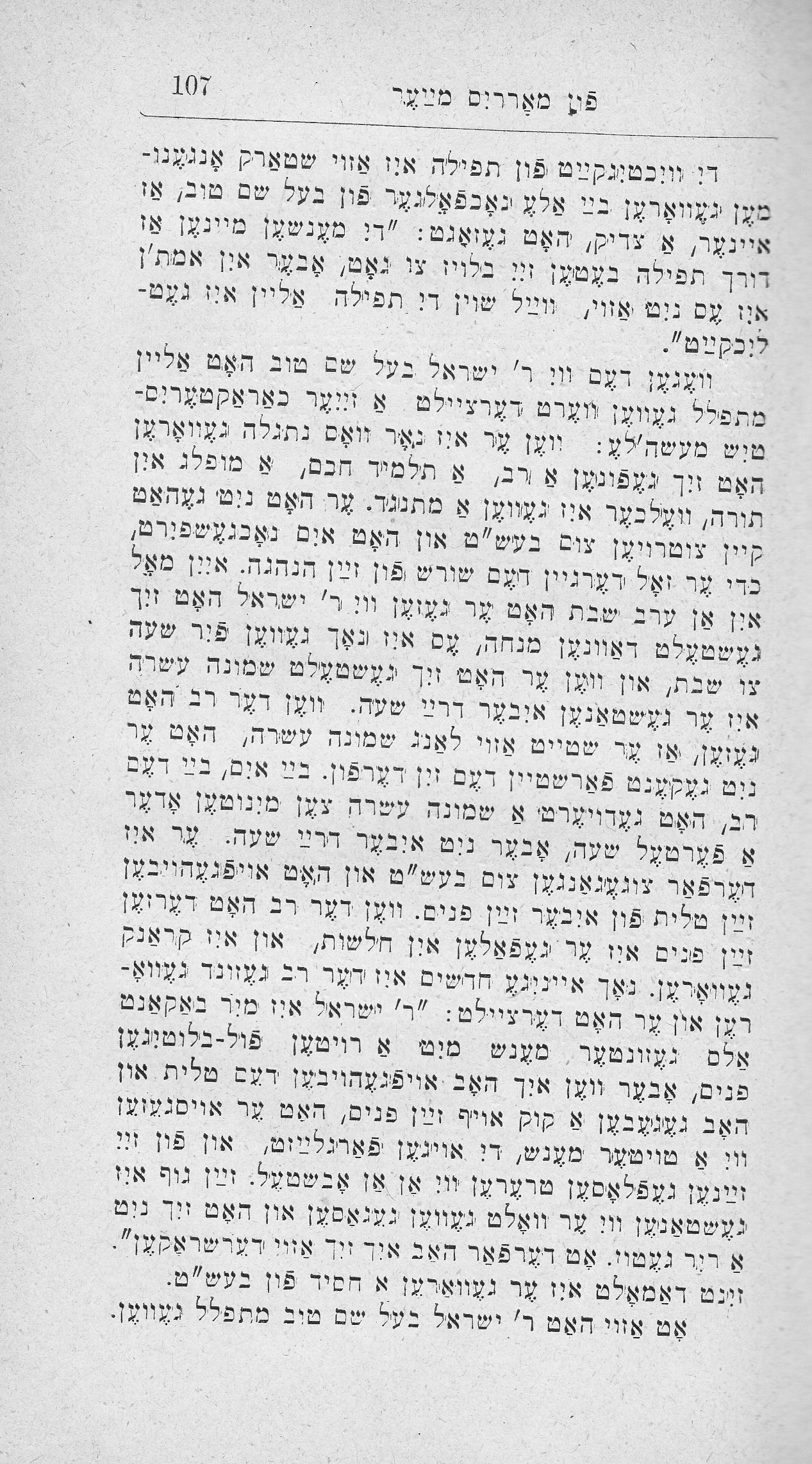 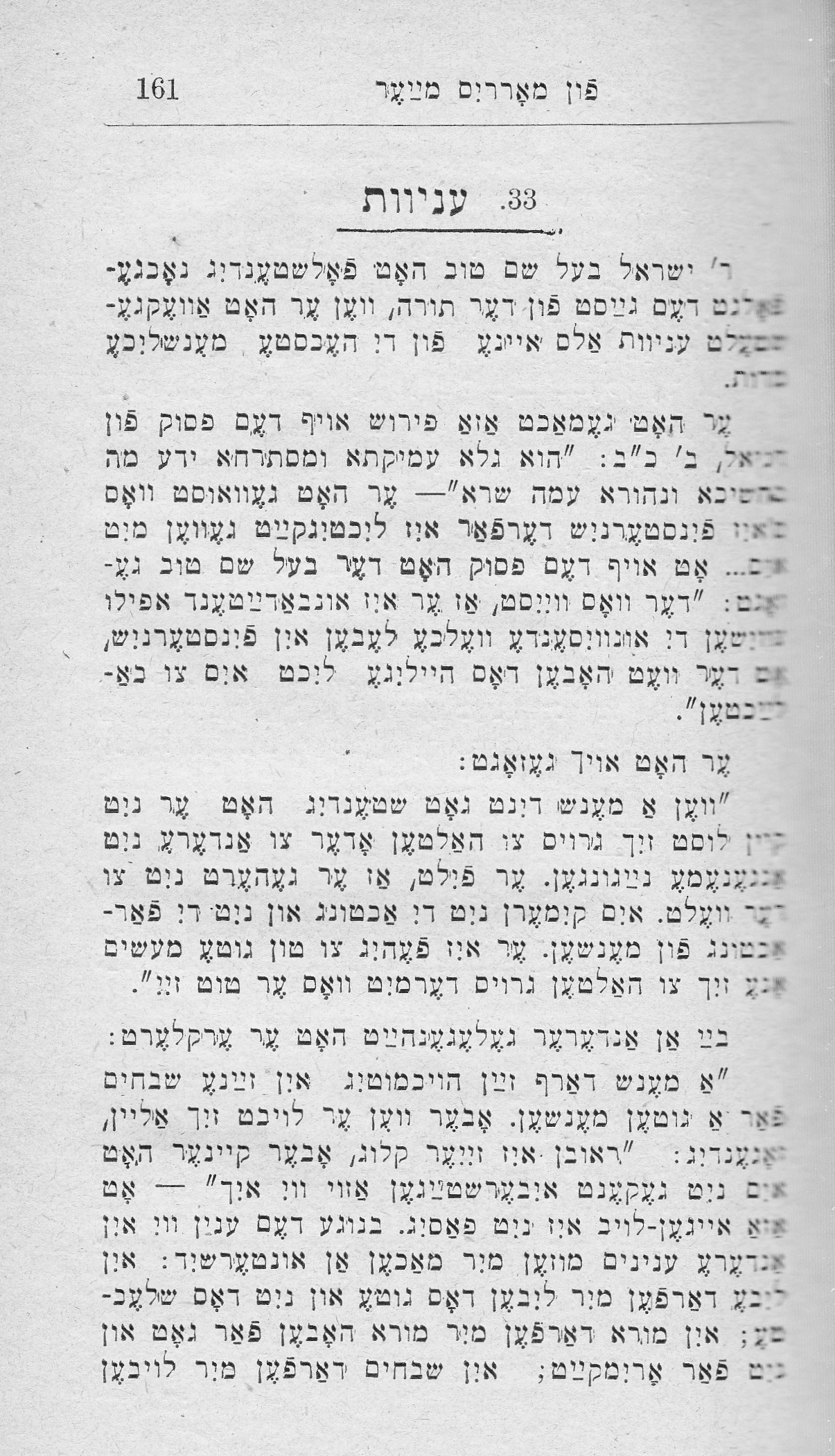 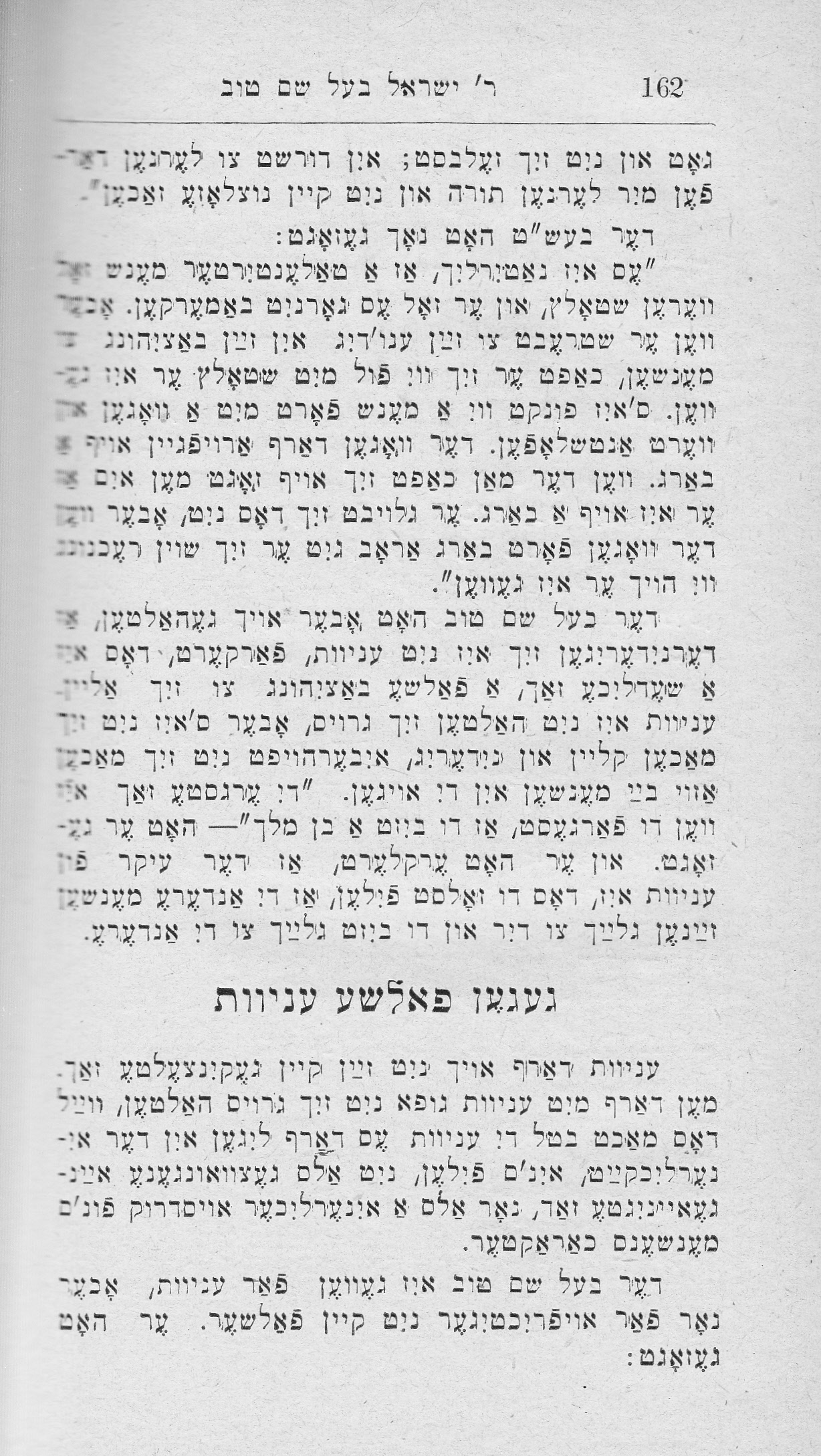 Finally, there is a short bibliography: 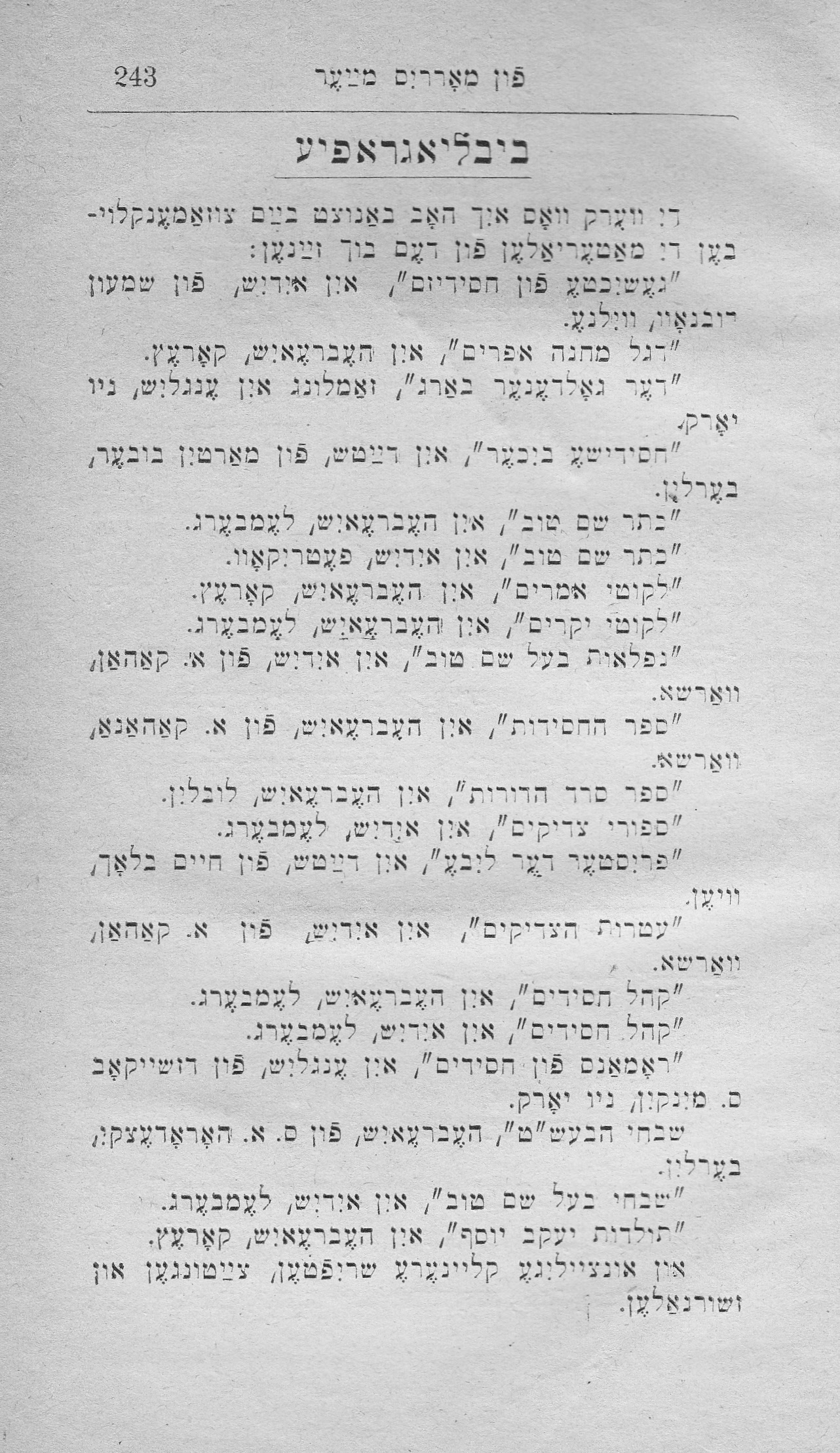