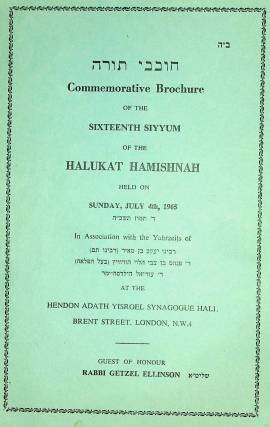 Each of the participants in the Halukat Hamishna project undertakes to study a different Tractate of the Mishnah.  By that means the entire Mishna is learned within a few months.  This is followed by a siyum to mark its completion and the commencement of a new cycle.  I have previously written about the brochure that was printed for the siyum of the previous year – 1964 – which you can read here.

The guest of honour in 1965 was Rabbi Getzel Ellinson, although he did not contribute to the brochure.  Rabbi Elyakim Getzel Ellinson was born in Gateshead in northern England in 1930.  He studied at the Schneider Yeshiva in London and received Semicha (his Rabbinical diploma) from Gateshead Yeshiva.  Until his emigration to Israel in 1964 he was a teacher and administrator of Jewish studies at the Hasmonean Grammar School in London and was Rabbi of the Yeshurun Synagogue (Federation) in Edgware.  He was tragically killed in a traffic accident in Eilat.

The book includes an article by Cyril Domb on Tractate Kilayim.  Professor Cyril Domb was a mathematical prodigy and a talmudic scholar.  He was born in London in 1920 into an orthodox Jewish family, and his original surname was Dombrowski.  He excelled at mathematics and won a scholarship to Cambridge University at the age of 17.  He graduated in 1941 and joined the Admiralty and Signal Establishment in Portsmouth where he worked on developing a way to determine the height of enemy targets from radar returns.

In the 1950s he was one of the founders of the British Association of Orthodox Jewish Scientists, and served as its President.  In addition to his scientific works and publications he devoted much time to the explanation of conflicts between science and orthodox Jewish beliefs.

The last article in Hebrew is by Rabbi Leib Gurwitz, the Rosh Yeshiva of Gateshead, 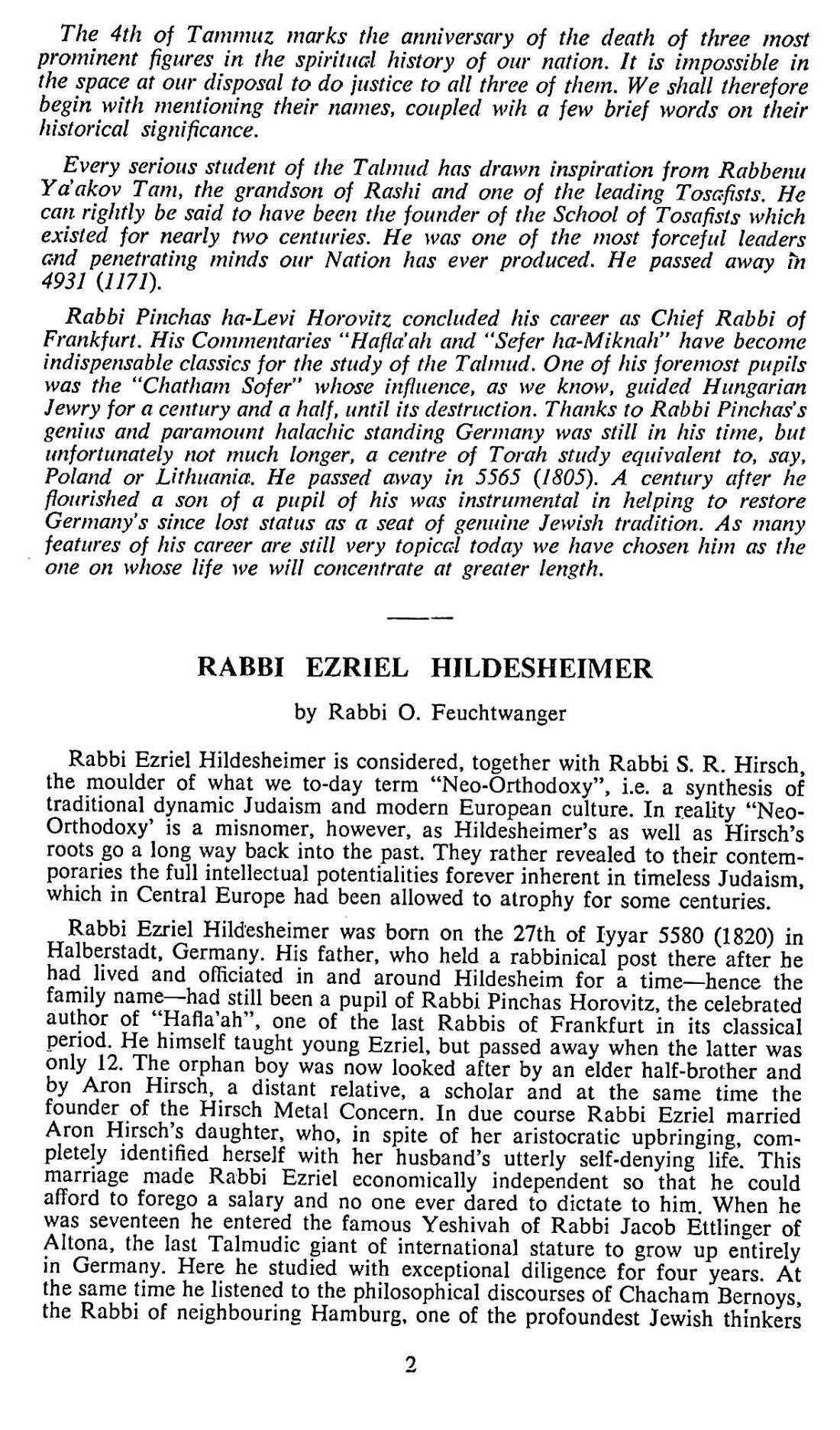 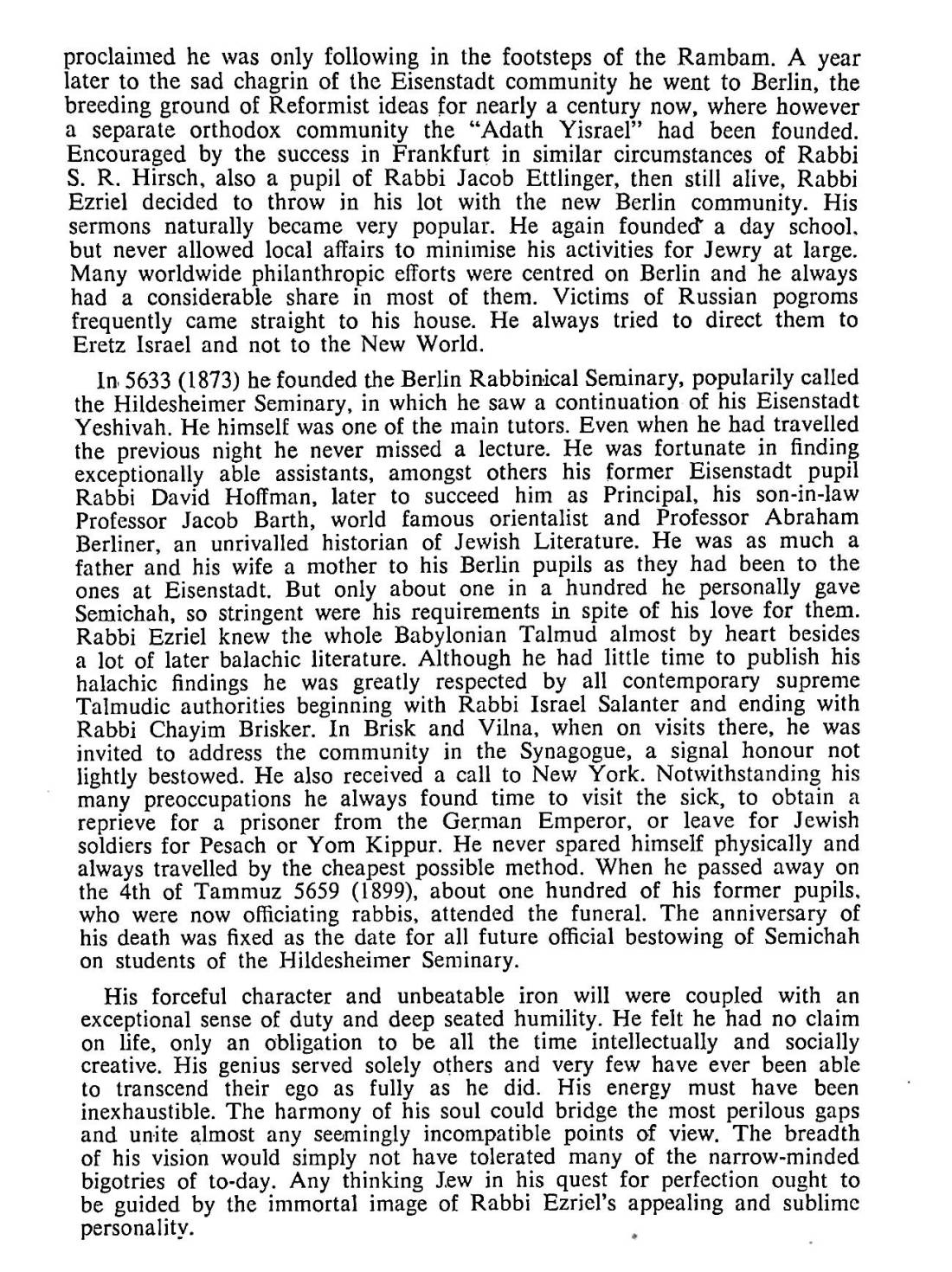 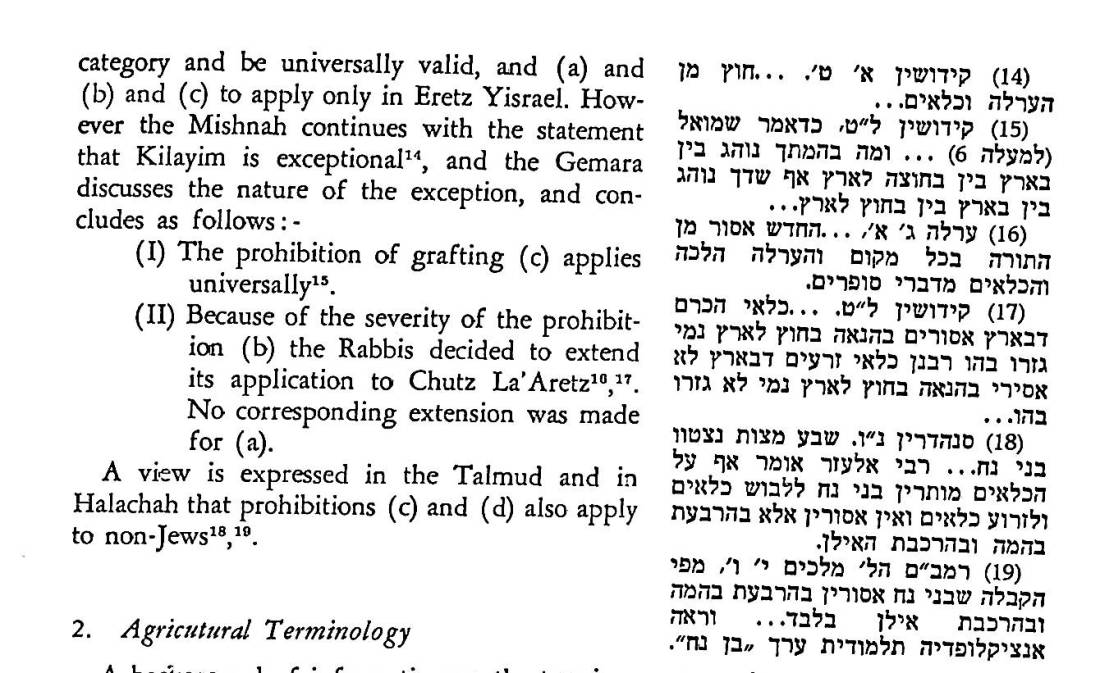