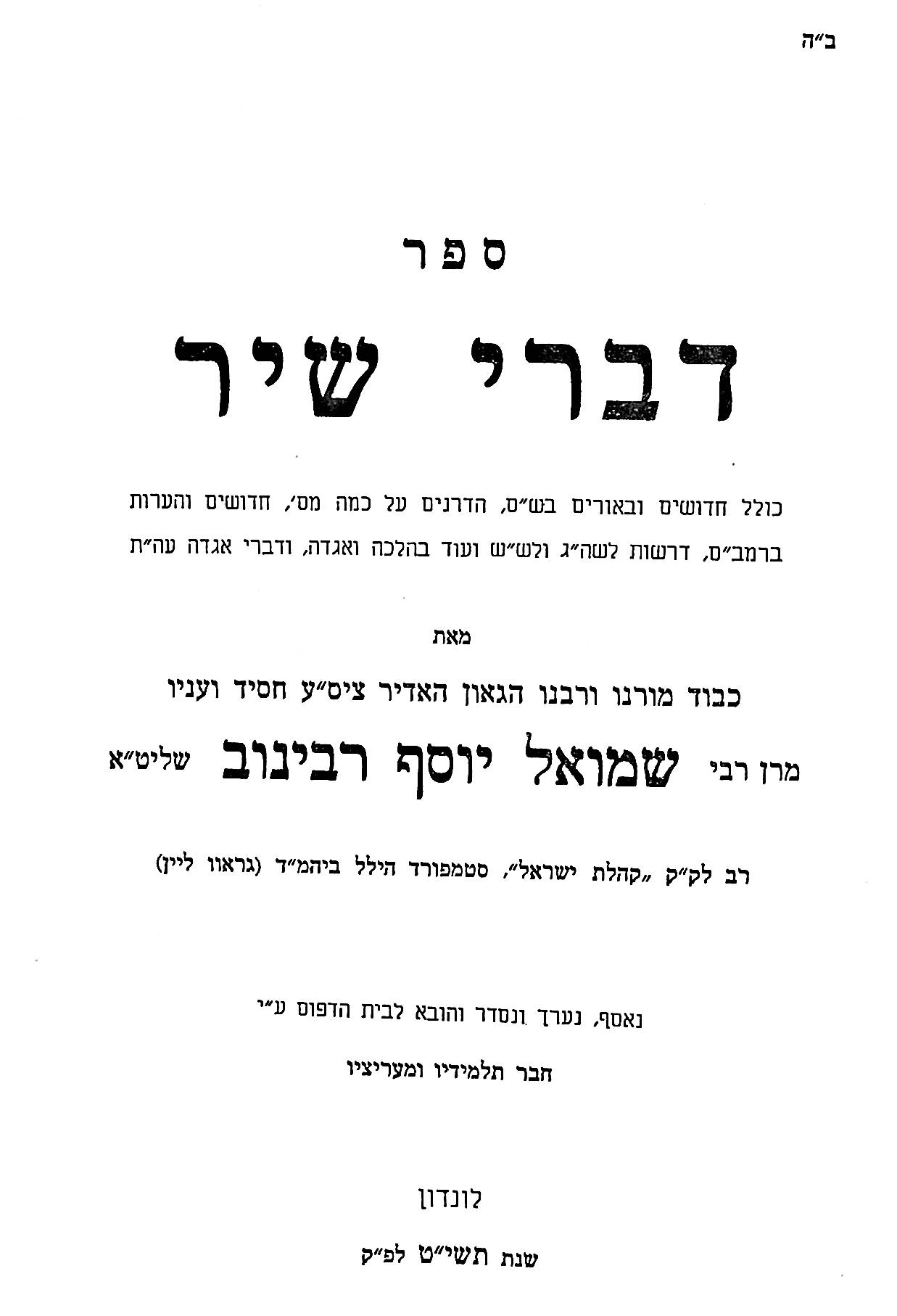 Rabbi Samuel Joseph Rabinow was a very prominent Talmudic scholar of exceptional ability and insight.  he was born in Chaimiak, in the province of Kovno, Lithuania, in 1889.  He was the only son of a rabbi who traced his descent from the Vilna Gaon. At the age of nine he left his home to live in Rudin and study at the yeshiva of Rabbi Israel Meir HaKohen Kagan, the Chofetz Chayim.  He was a dayan (rabbinical judge) in Vilna from the age of 17.

Rabbi Joseph Carlebach brought Rabbi Rabinow from Lithuania to Lubeck, to teach at a yeshiva. Then, in the early 1920s, Rabbi Carlebach  accepted a position in Hamburg on condition that he could bring Rabbi Rabinow with him to head the Yeshiva there, which he did for 16 years.  In 1937 Rabbi Rabinow became a Rav and Dayan of the Machzikei Hadath Community in Antwerp, Belgium.

He escaped to London on one of the last boats to leave Dunkirk in 1940 and was immediately appointed Rav of the Stamford Hill Beth Hamidrash (known as the Grove Lane Synagogue).

Rabbi Harry Rabinowitz wrote that Rabbi Rabinow was in close touch with his father, the London Biala Rebbe.  It was on the advice of Rabbi Rabinow that it was decided to publish the Biala Rebbe’s ethical will, which I have written about previously.

By December 1942 he was established enough to speak at the Aguda Conference, where he appealed to Jewries living in free countries not to forget that even under the most favourable conditions they were still in the diaspora and had to bear in mind that they would be respected only if they lived up to their own traditions. he also reported on the newly established Yesodey Torah School.

This book, Sefer Divrei Shir was published in 1959, when he retired and moved to Bnei Berak, Israel.  The word ‘Shir’ forms the initials of his name. he died on Chol Hamoed Pesach 1963. Here are some extracts, including some writings on Chanukah: 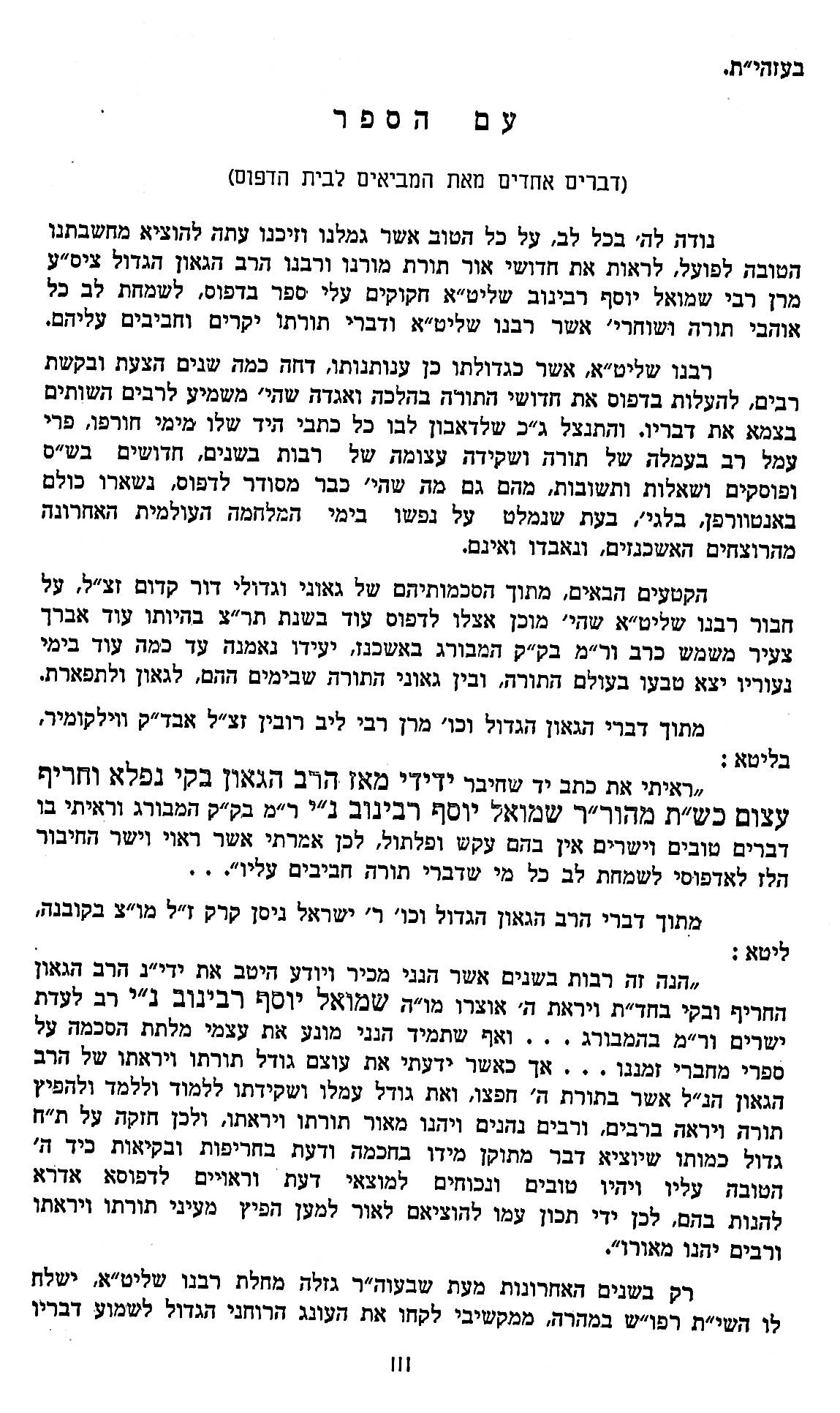 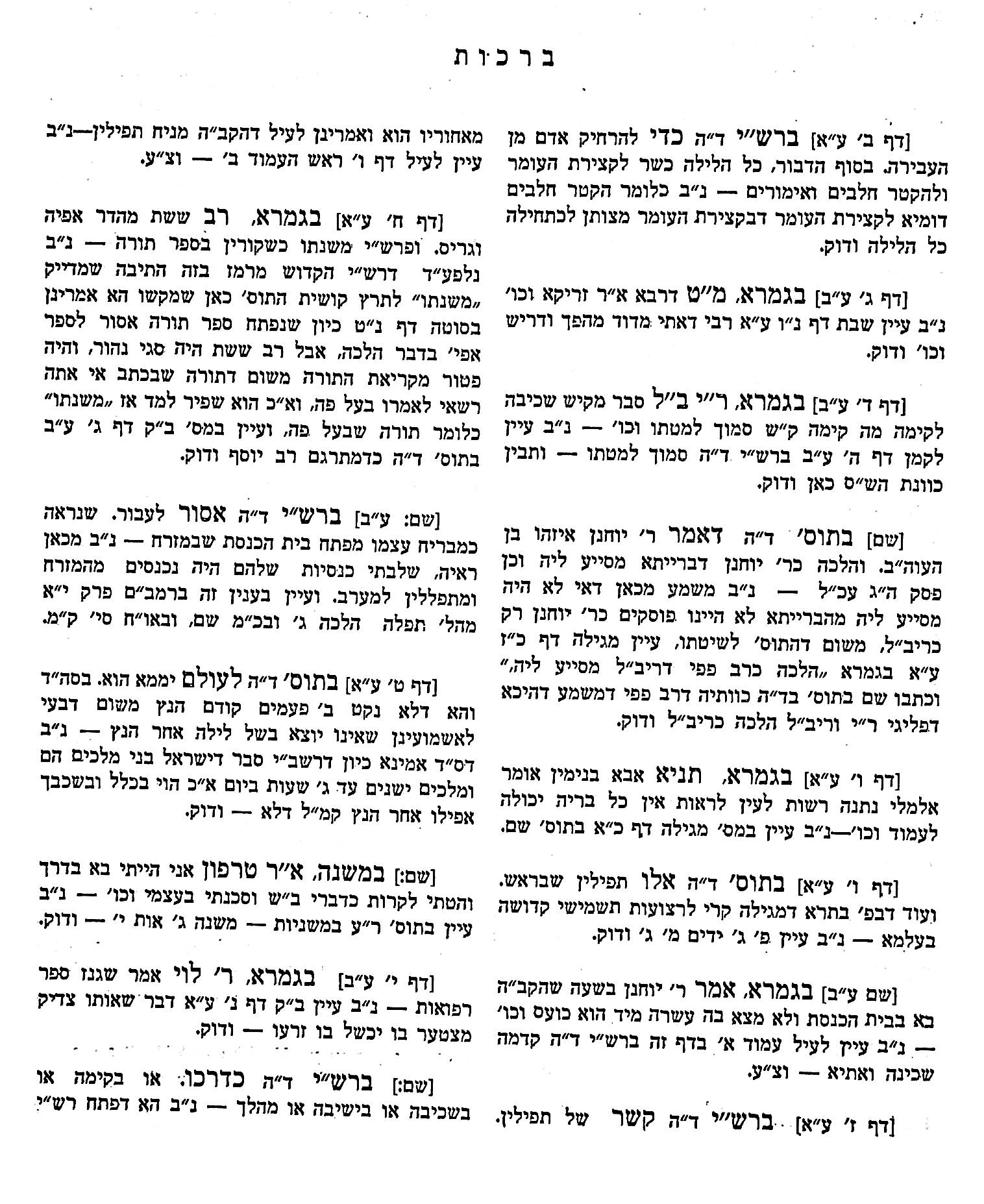 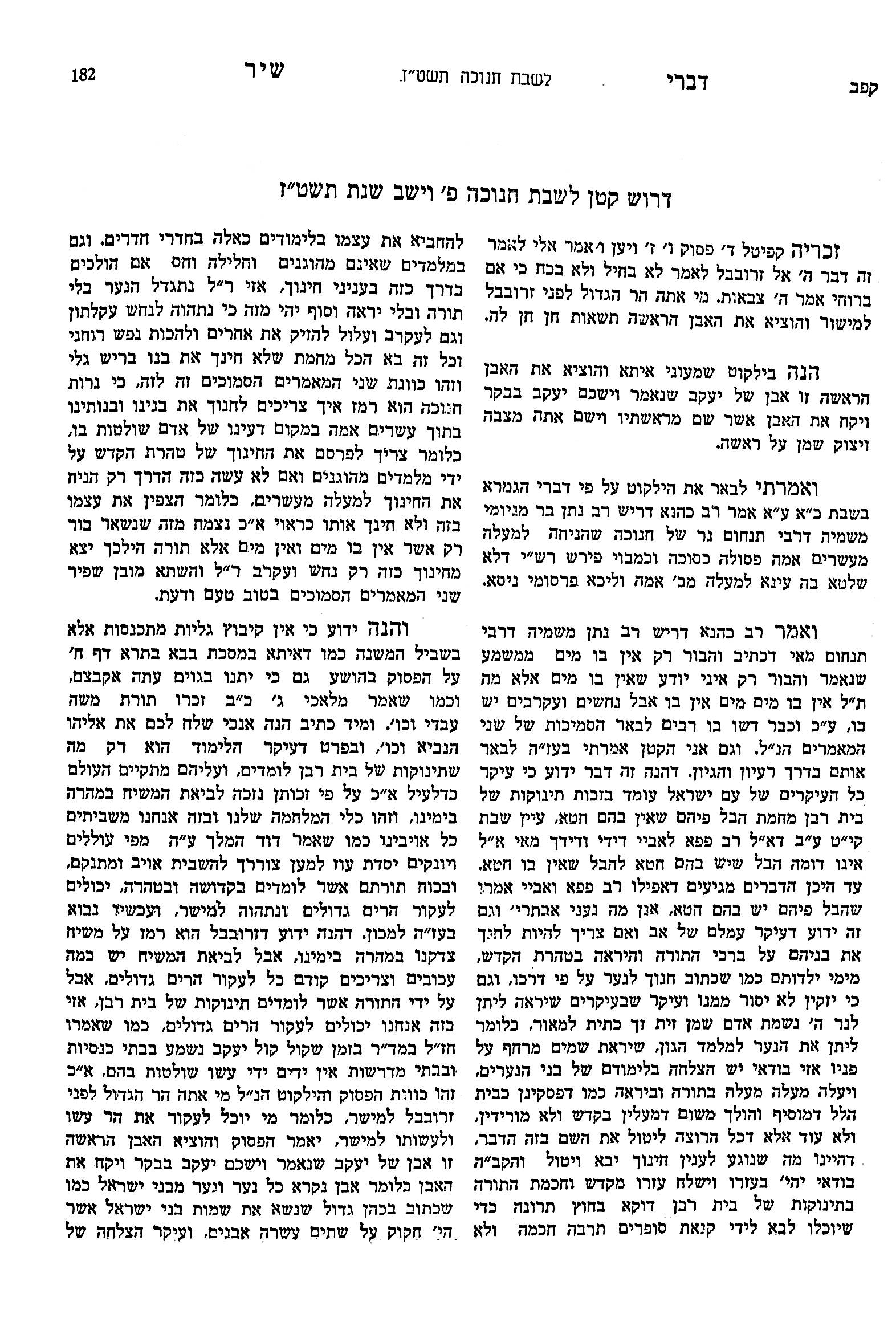 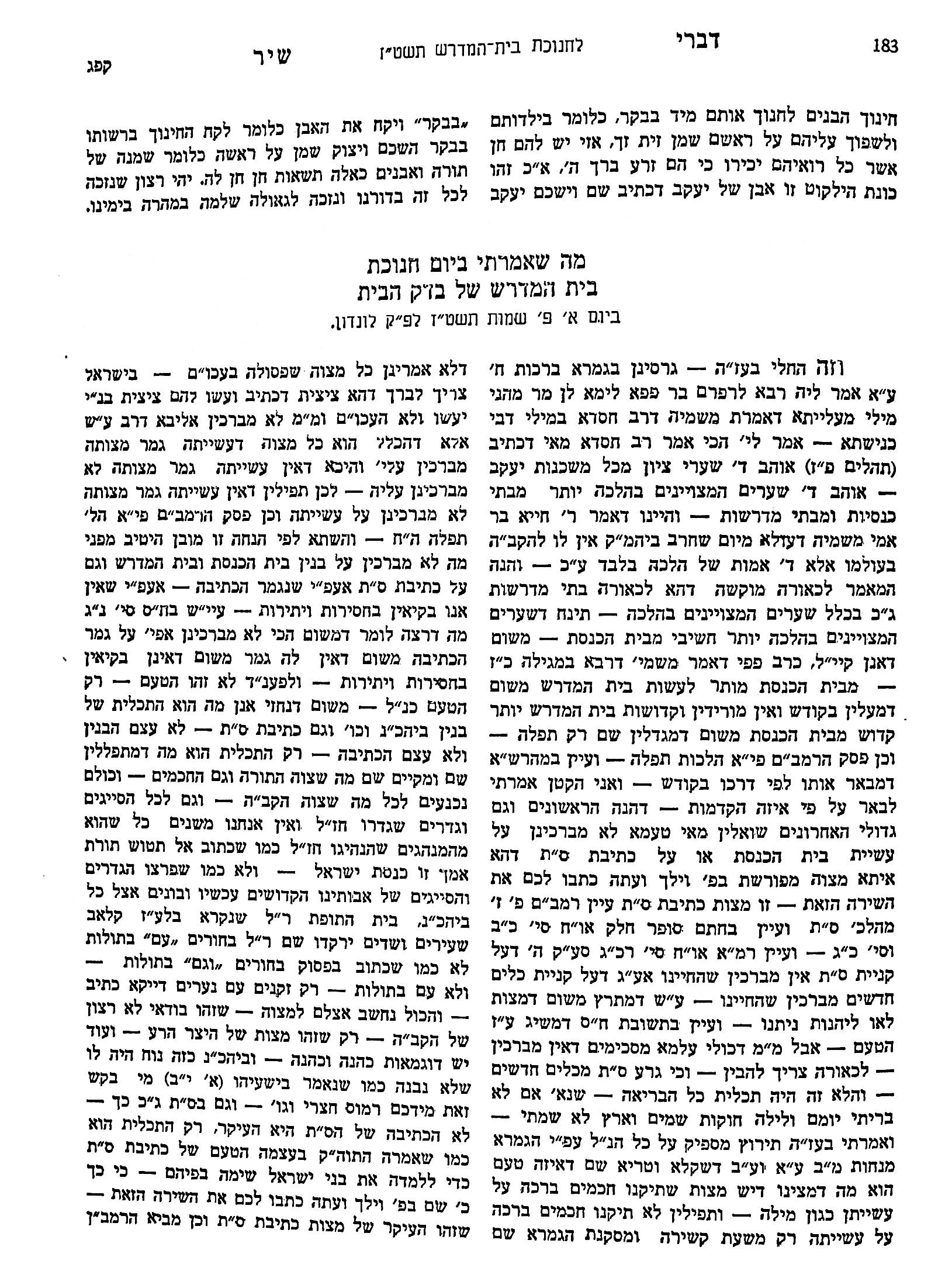 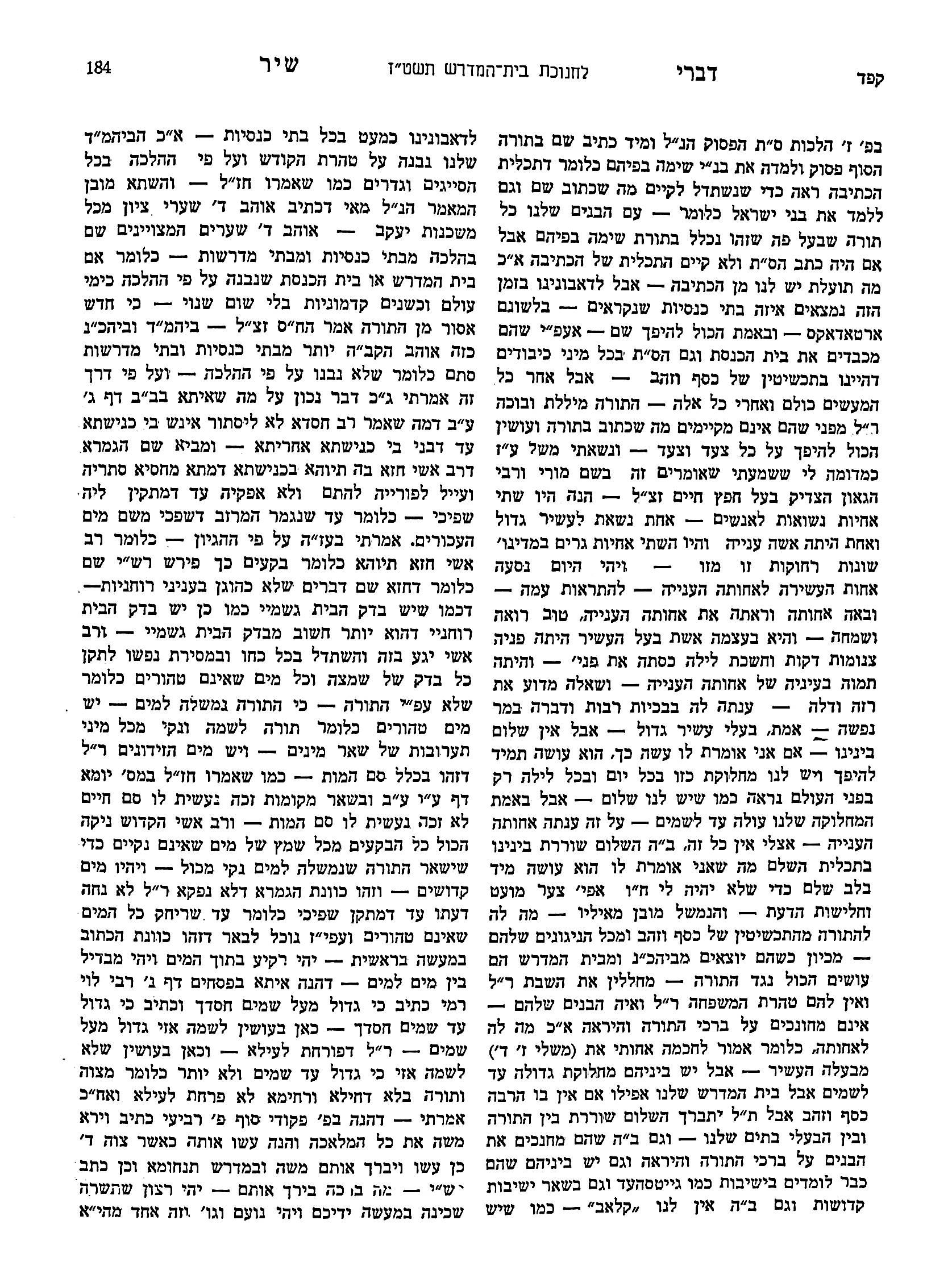