This book is a nice history of the early Jewish community in Manchester and its Great Synagogue.  It starts with messages and greetings from:

And then an introduction with examples of the illustrated drawings that are throughout this book: 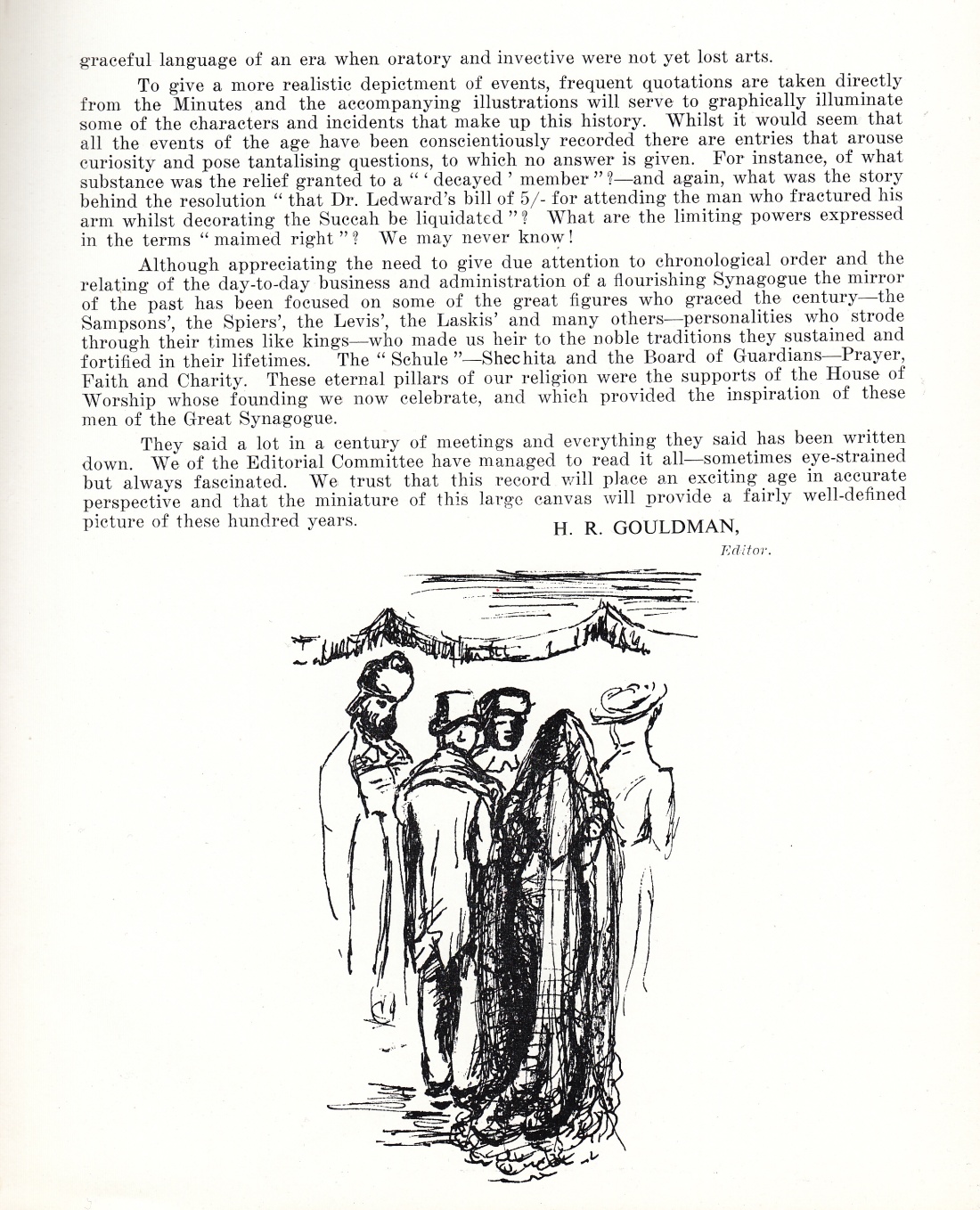 This is a nicely illustrated book which conveys the importance of what was once the cathedral synagogue of Manchester, as well as the problem of what to do with it as the Jews moved away to other areas of Manchester.  It had a great past and many prominent people were associated with it, as shown by this illustration taken from the 1908 Jubilee booklet – Here are the men of the Great Synagogue: 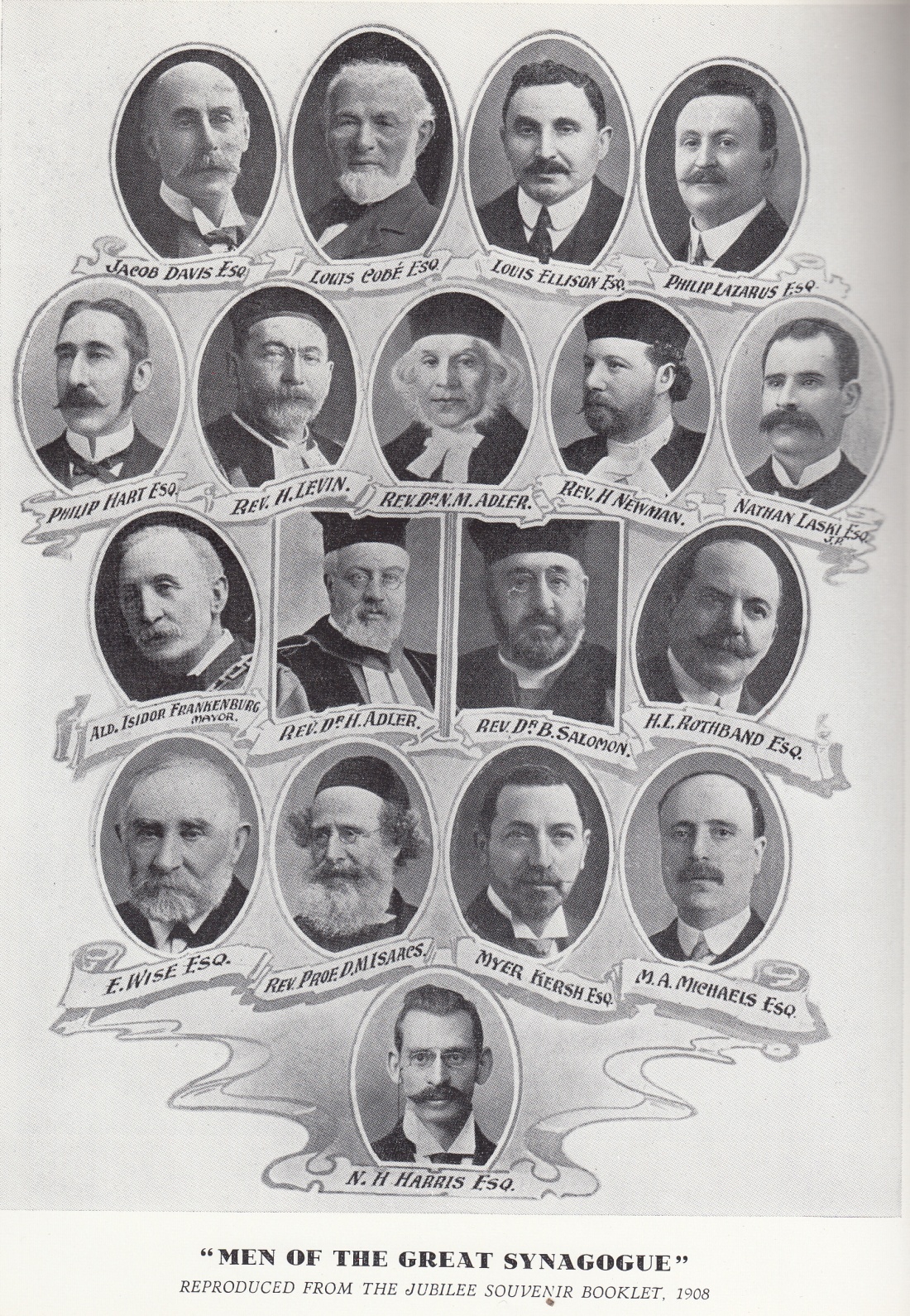 My scanner does not do justice to these photographs of the interior: 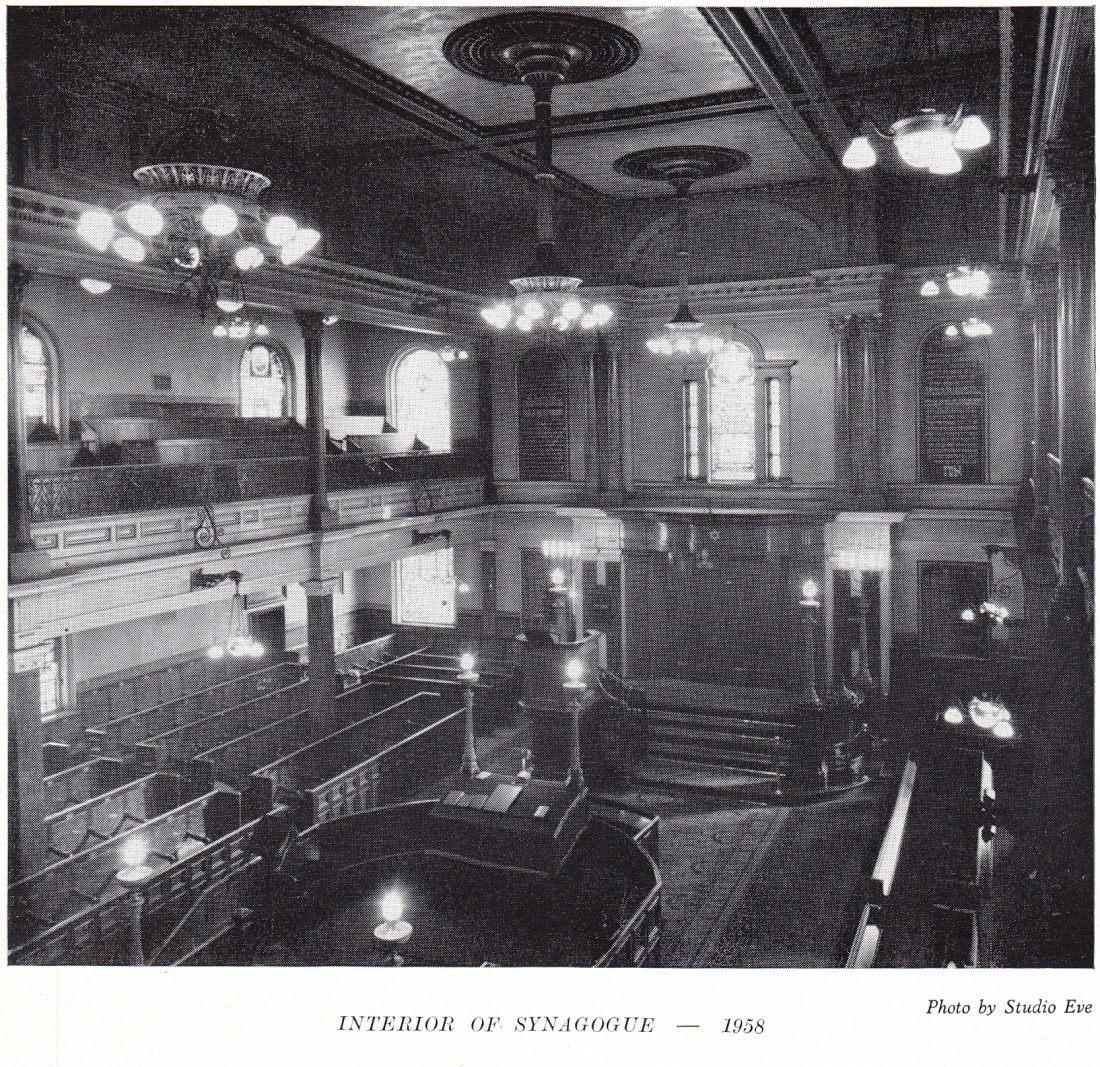 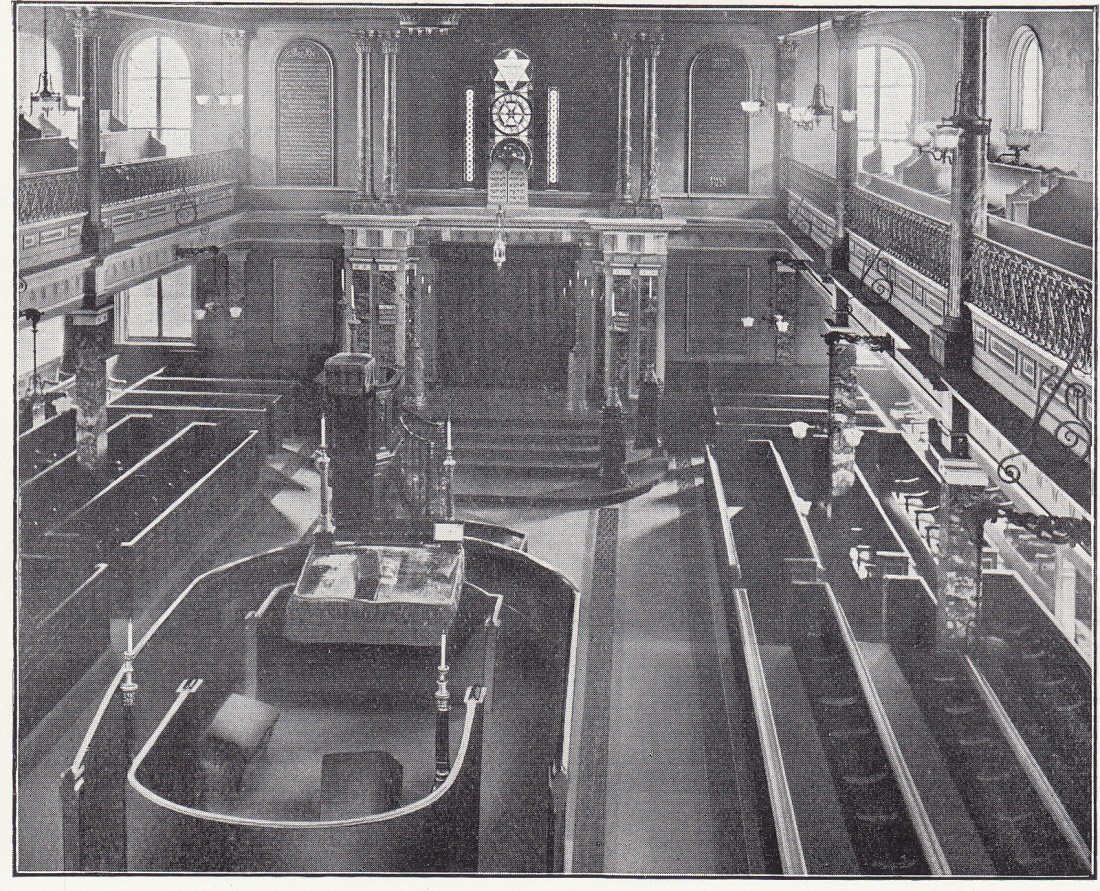