That famous bastion of orthodoxy, the Machzike Hadas Synagogue, off Brick Lane in the East End of London, had been without a Rav since the great Rabbi Werner had died in 1912. During the First World War, Rav Kook was in London and was Rav of the Machzike Hadas, which was really a community, not just a Shul, from 1917 to 1919, when he was able to return to Palestine.

During that time he write this little book, Rosh Milin, meaning the beginning of words. Rav Kook would have pronounced it more like “Reish Milin” as he spoke in a Lithuanian accent. My copy is a first edition and could be purchased from J. Wolpert at 9 Princelet Street.

Rosh Milin is a Kabbalistic book of thoughts as it goes through the Hebrew letters, the punctuation points and the cantilation notes to explain simply yet deeply a mystical philosophy.

It is a classic which has been reprinted and lately had an English book based on it. 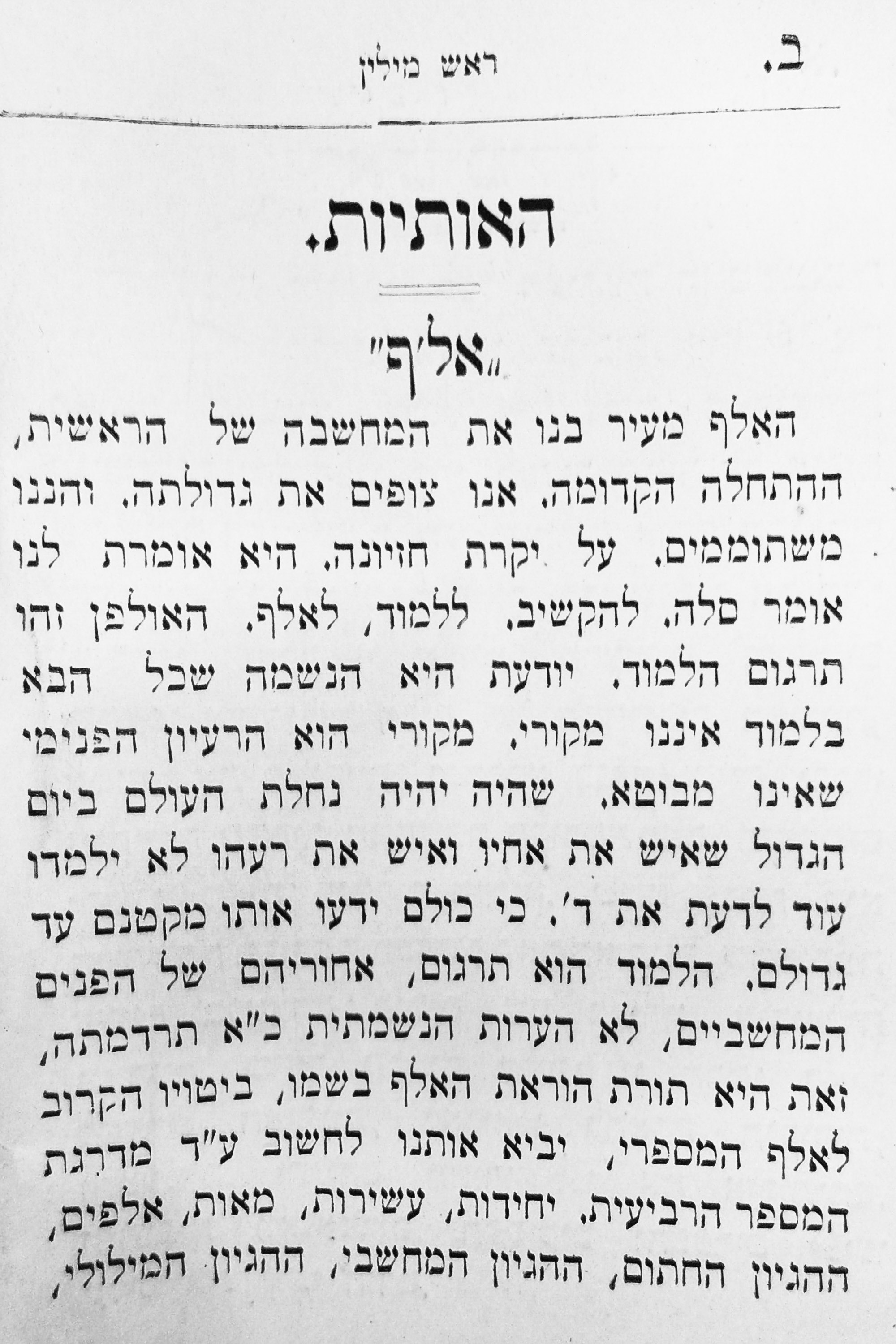 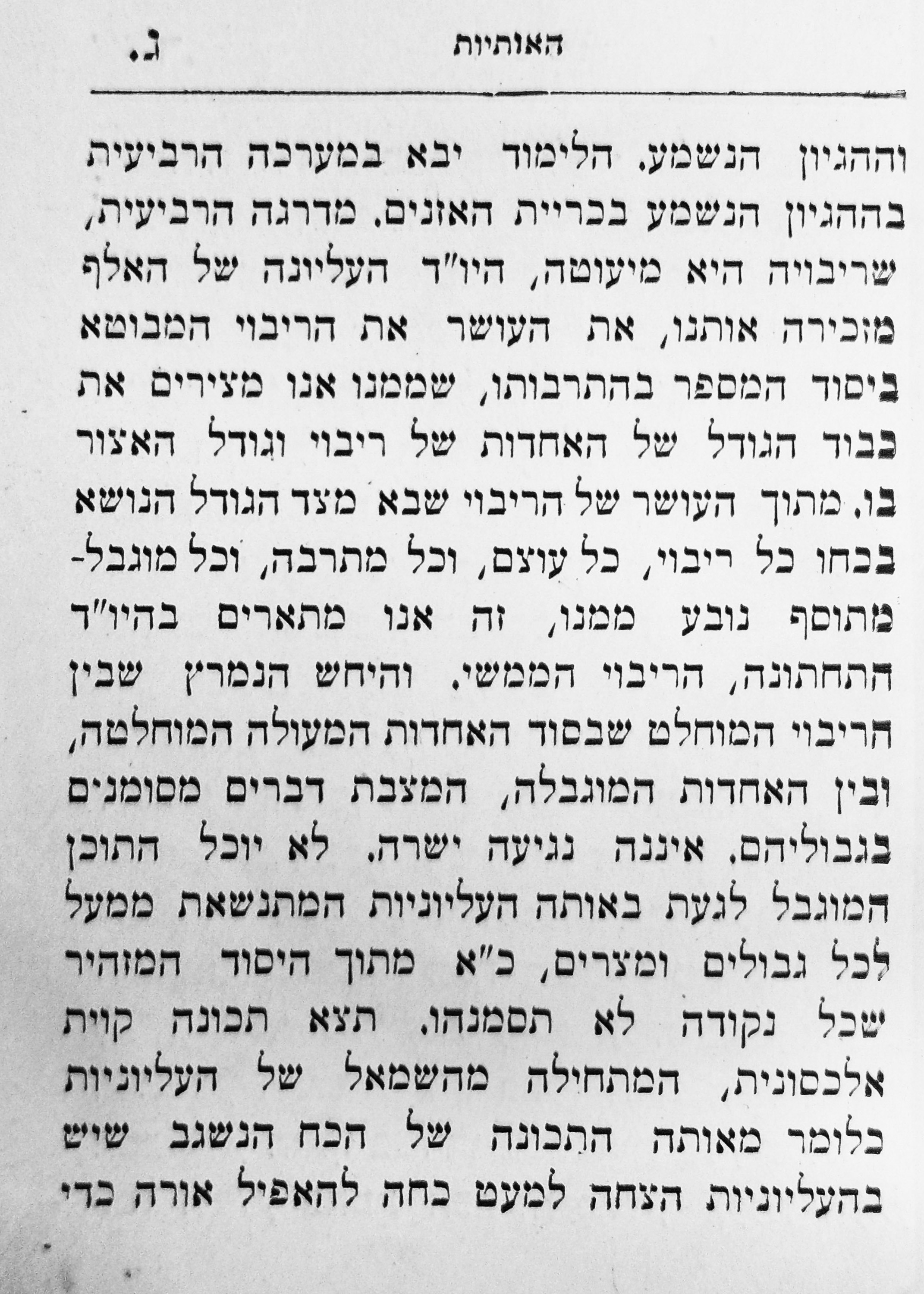 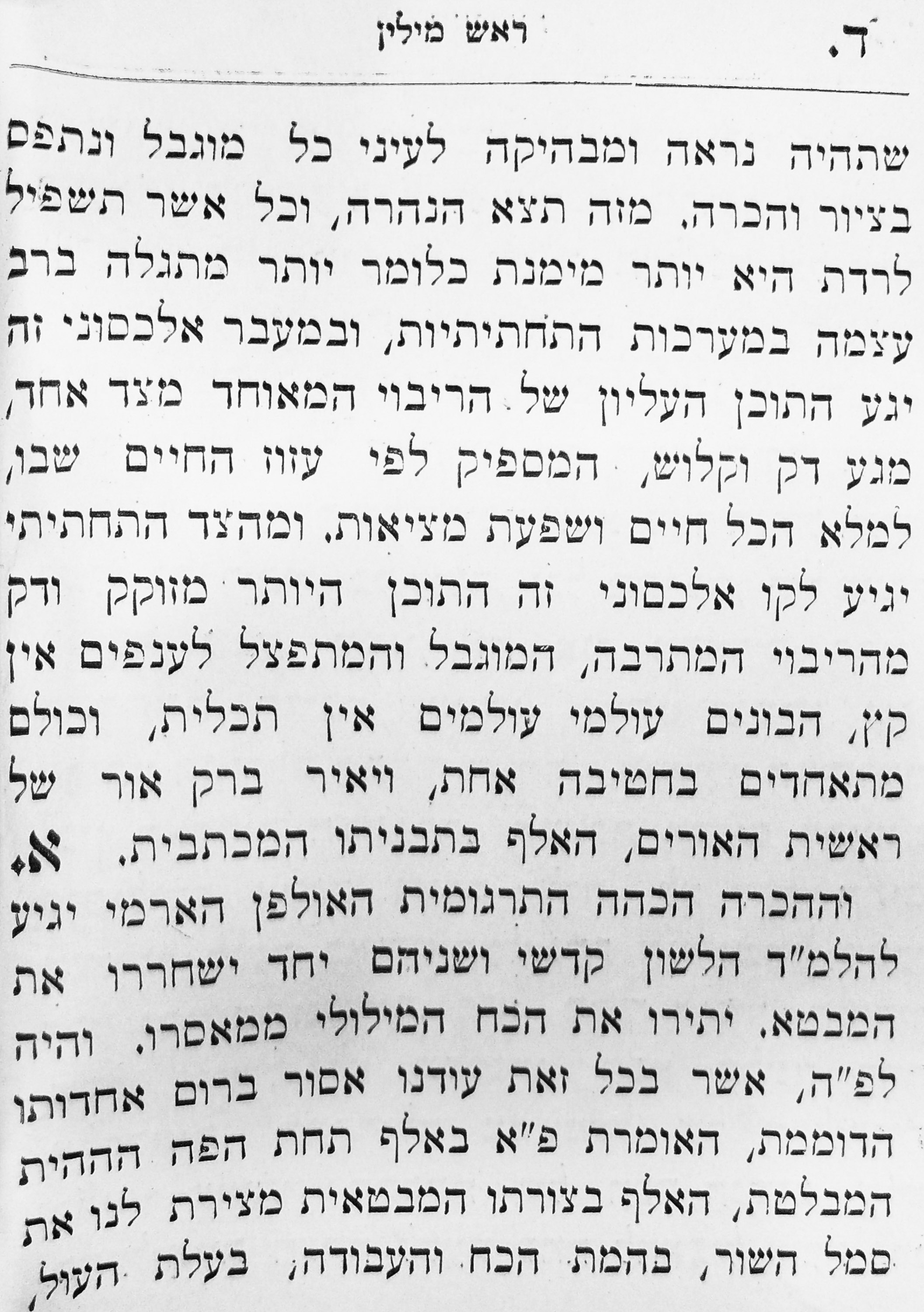 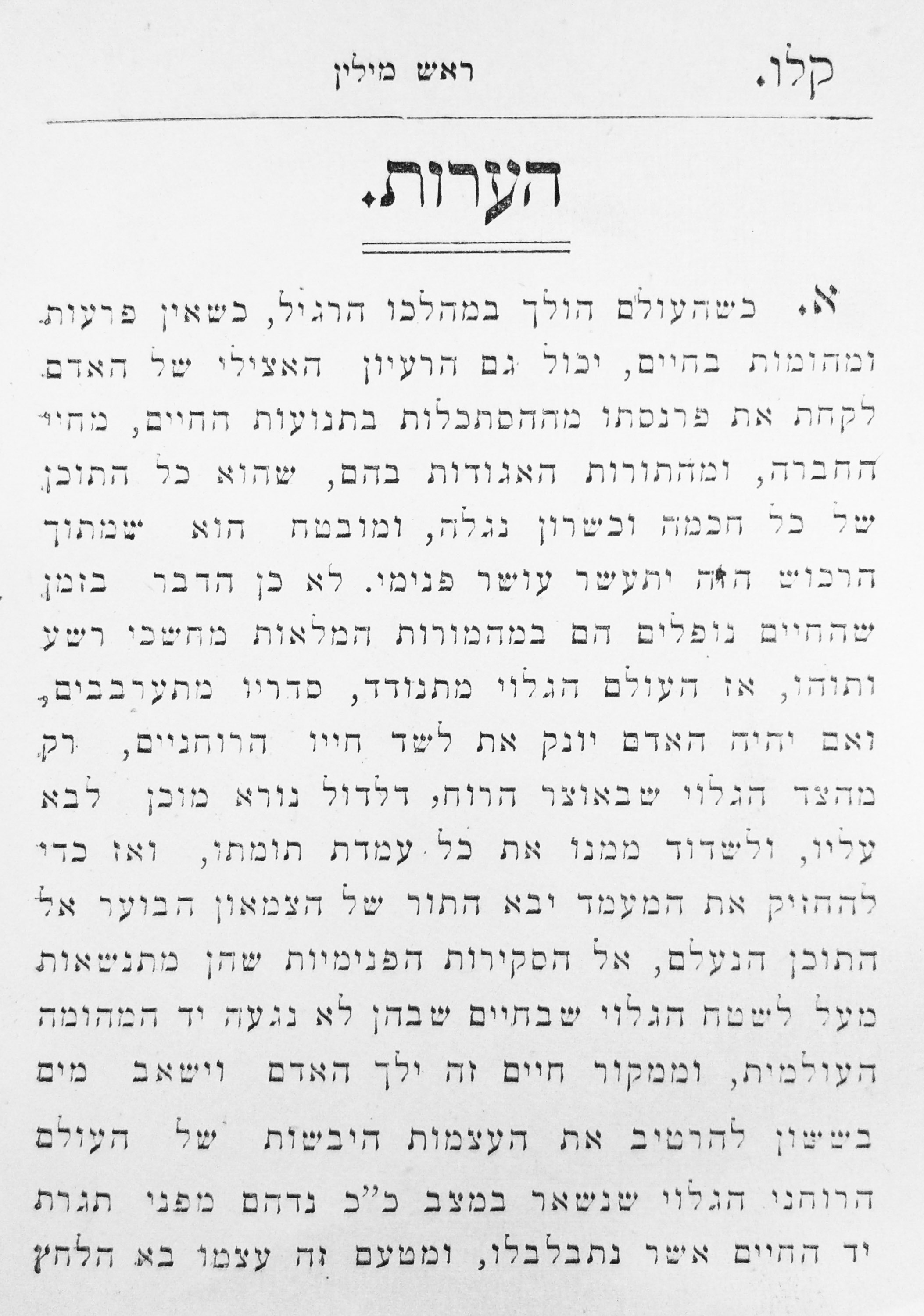 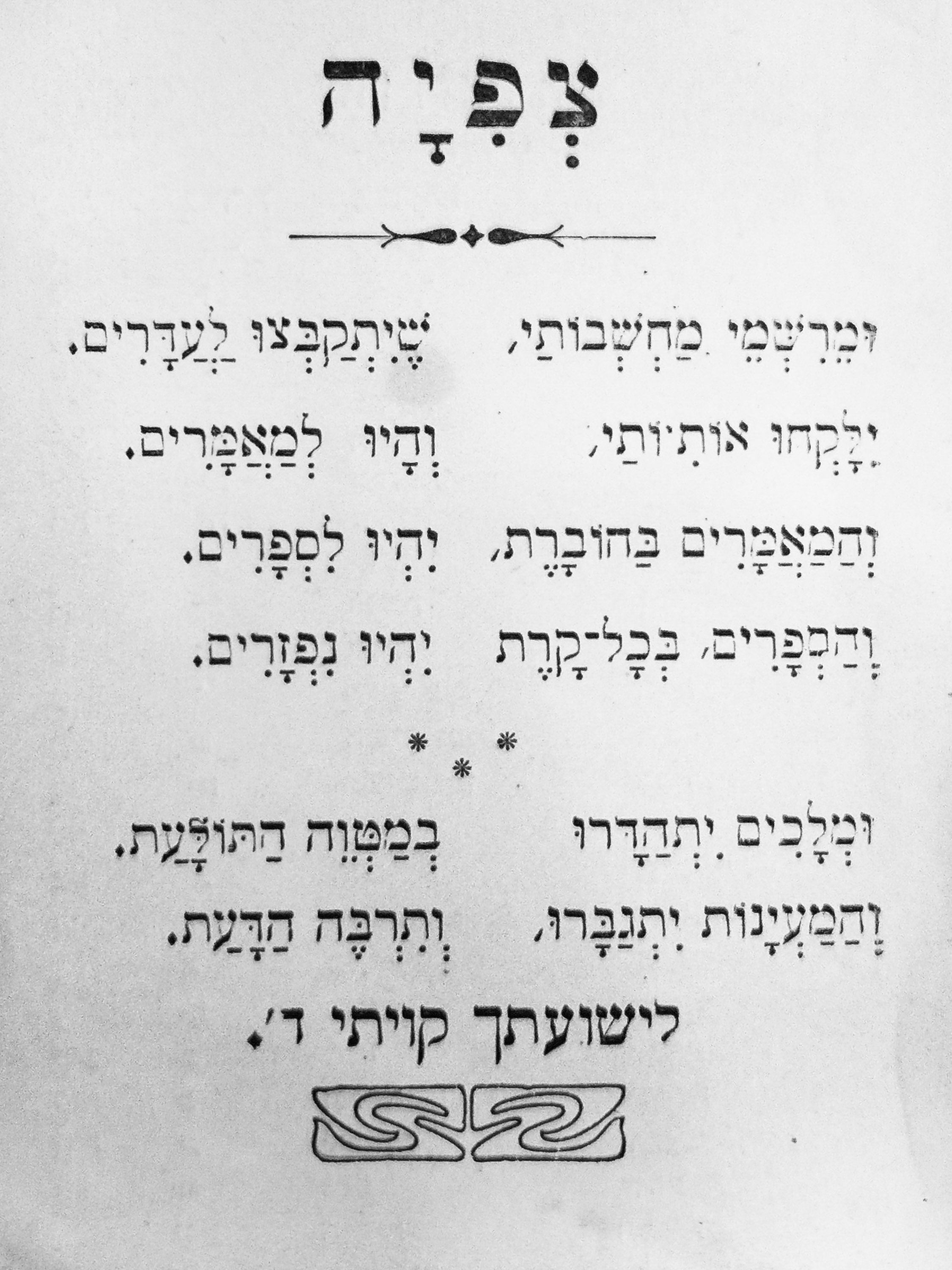