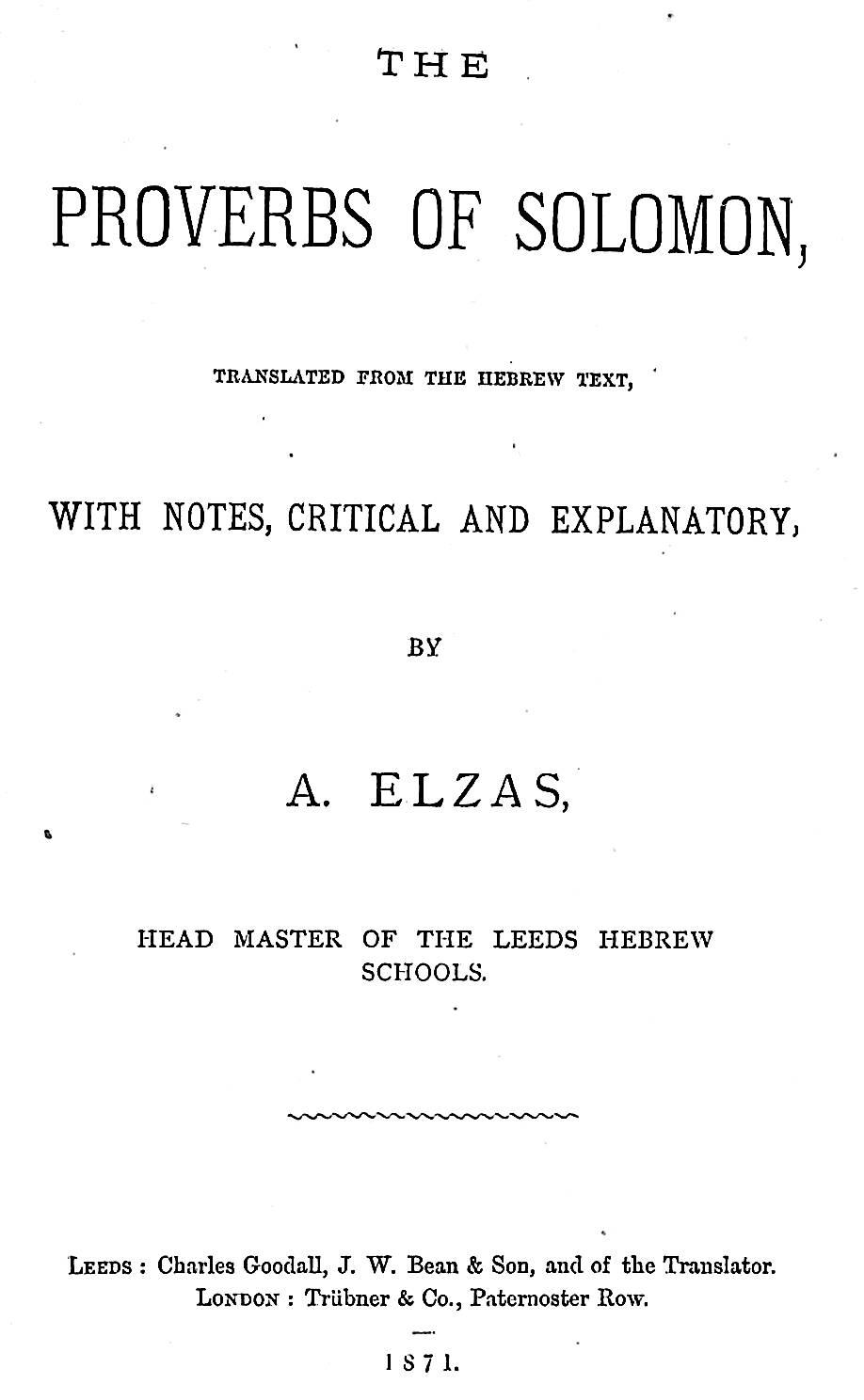 This is an English translation of the book of Proverbs (Mishle), with extensive scholarly notes.  One of the sources that Elzas uses extensively is Benjamin Boothroyd, a Christian Minister and scholar from Pontefract in Yorkshire, who produced a significant Hebrew Bible with notes and commentaries in about 1800. (I have a copy and will eventually write about it). This book also has an interesting subscription list including names from Birningham and West Hartlepool, which is scanned below.

Abraham Elzas was born in 1835 in the small town of Eibergen, Province Gelderland, in the eastern part of the Netherlands, bordering Germany. He was educated in Holland, and emigrated to England from Russia in about 1867. he settled in Leeds, where he was Headmaster of the Leeds Hebrew Schools and moved in 1871 to Kingston upon Hull, where he also became Master of the Hebrew school, and for some years filled the post of minister to the congregation.

Owing to failing health he was obliged to resign his positions in 1877. For some years previous to his death he was occupied in literary as well as scholastic pursuits. He died in 1880, leaving, according to the Jewish Chronicle, his widow and children quite destitute.  His son, Reverend Barnett Elzas was educated at Jews College in London, emigrated first to Canada where he was a Minister in Toronto, and later became a prominent American Reform Rabbi.

The book was reviewed by the Leeds Express, “We find many ambiguous passages in the Authorised Version rendered in intelligible and forceful English. .. . . The first verse of ch. 18 is translated by Mr. Elzas: ‘ The unsociable seeketh his own desire; he disputeth against all sound wisdom.’ In this instance it will be seen that if Mr. Elzas is right, our version is very wide of the mark.” … Throughout, Mr. Elzas has evidently kept close to the original; but it is to us equally evident that he has not aimed at a merely literal translation, but endeavoured to convey as good and correct a reflection of the ideas conveyed by Solomon’s words to the mind of a Hebrew. It is, therefore, a book well worth reading —especially as it contains some very instructive foot notes.” 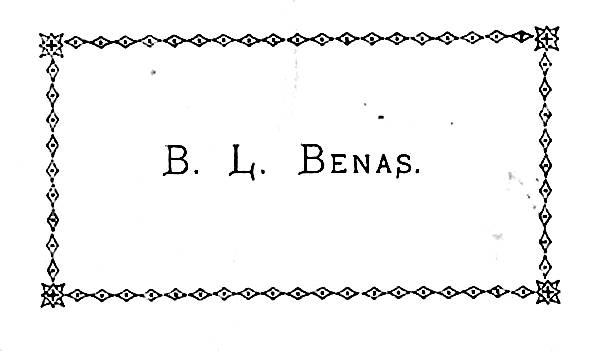 My copy belonged to Baron Louis Benas (1844-1914), an Anglo-Jewish banker and communal worker. Born in London, he settled in Liverpool early in life where he carried on the family banking business. In 1867 he established the Liverpool branch of the Alliance Israelite Universelle, which later became the local branch of the Anglo-Jewish Association, serving as its president until his death. he wrote a pioneering monograph on Liverpool lJewish history.  His son, Bertram Benjamin Benas (1880–1968), practiced as a chancery barrister from 1906. A well-known figure in legal circles, he was appointed a bencher of the Middle Temple in 1953 and was also chairman of the Liverpool Bar Association. He served as president of the Merseyside Jewish Representative Council (1944–46) and of the Jewish Historical Society of England (1951–53). 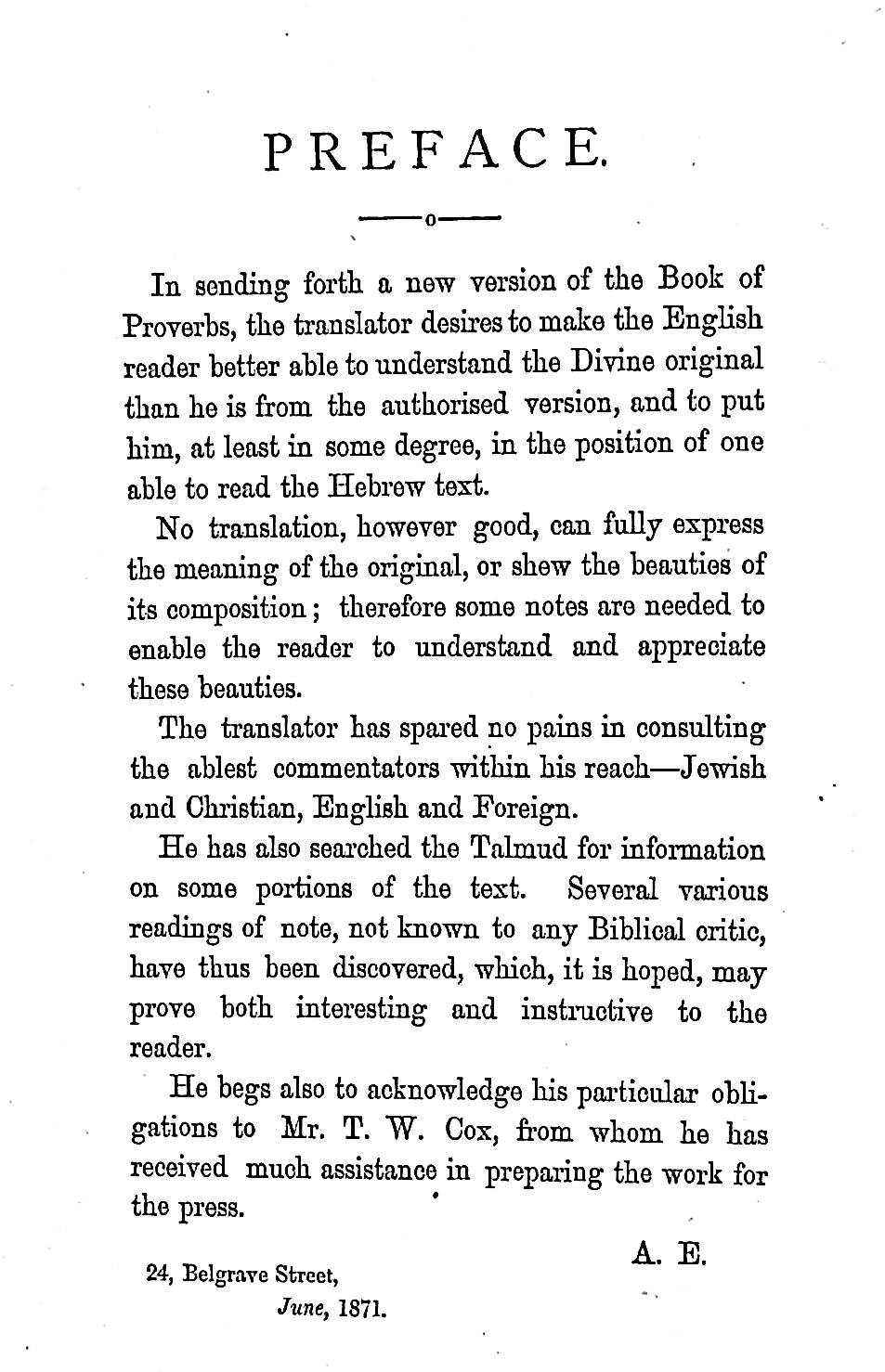 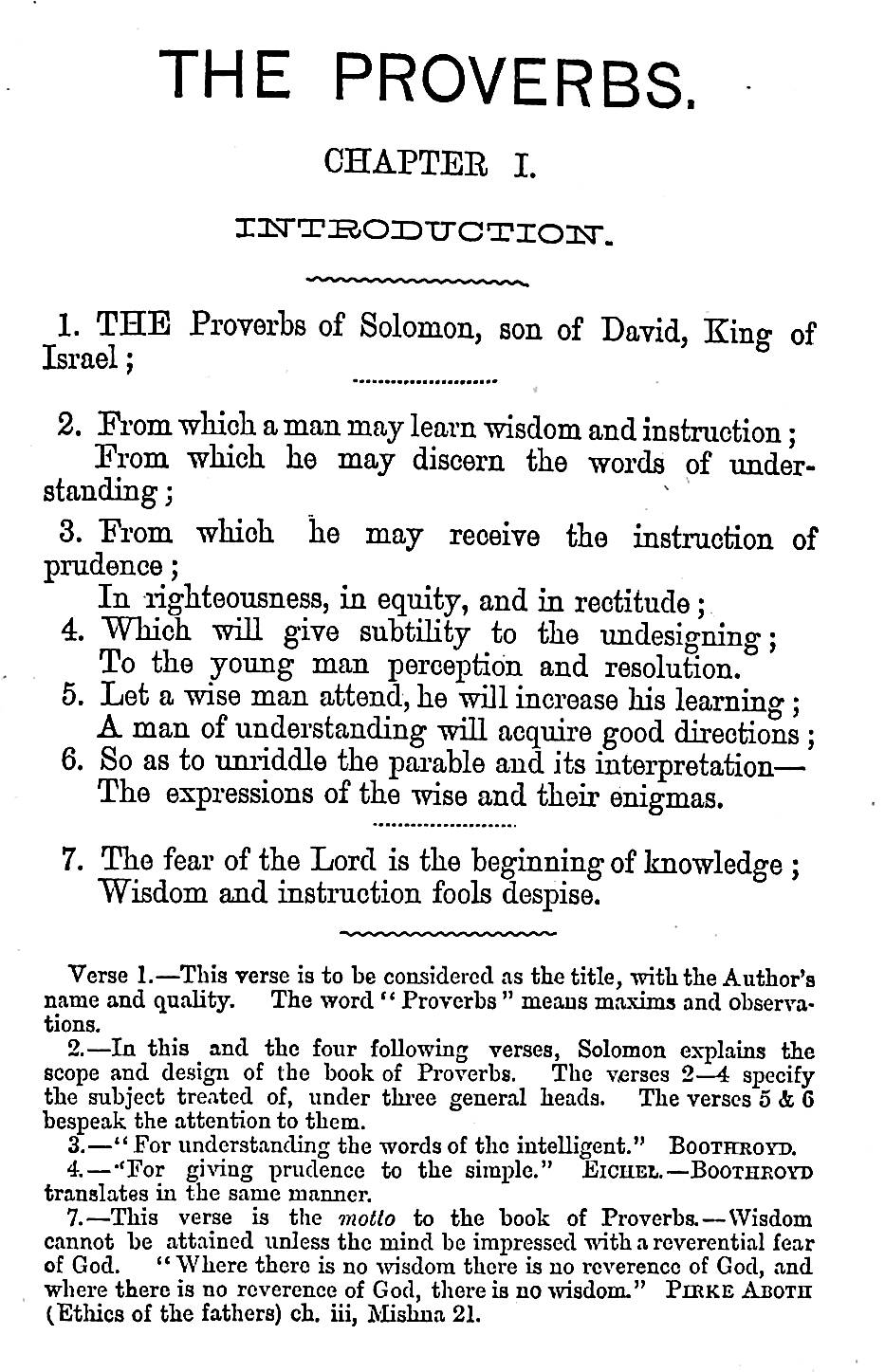 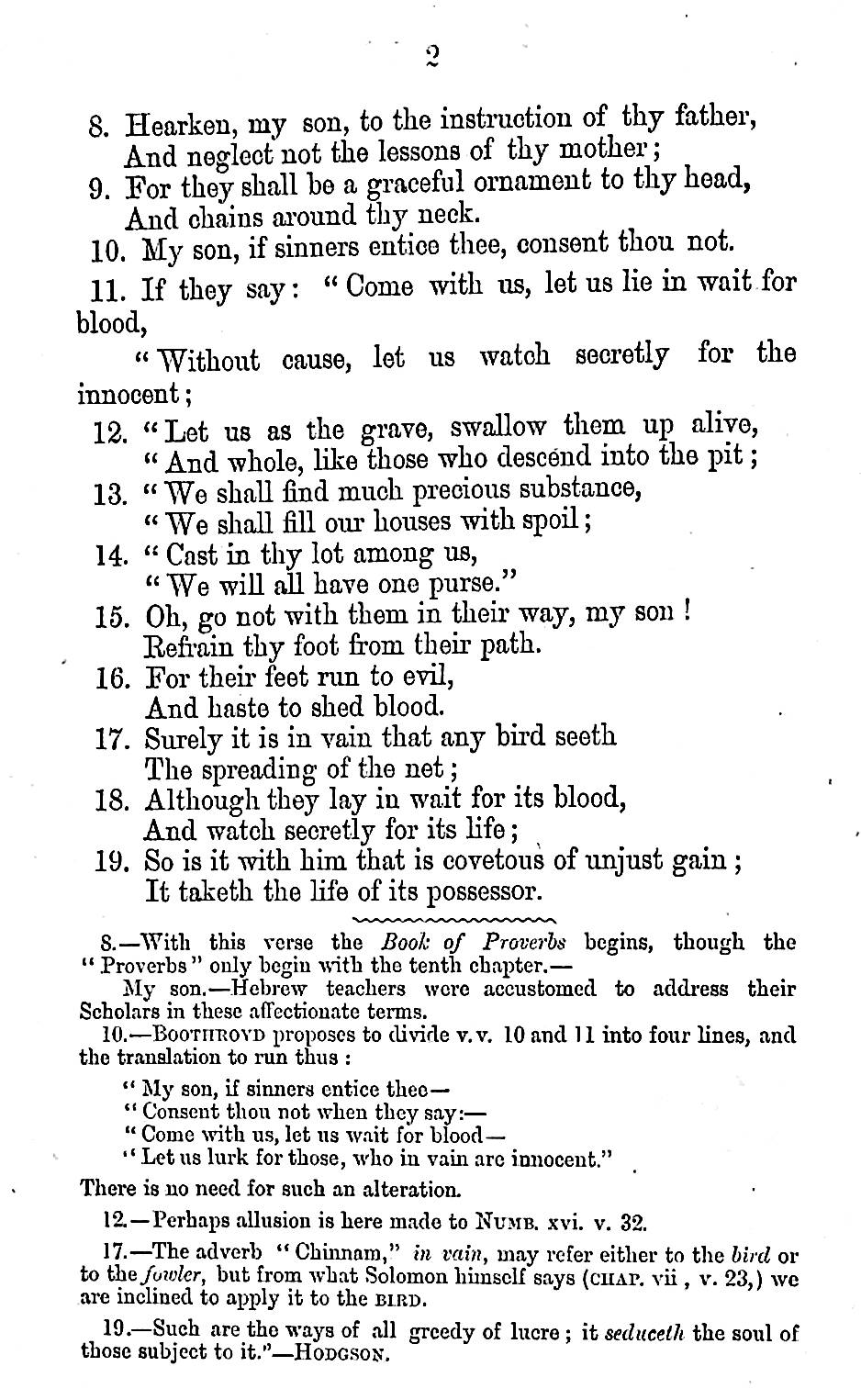 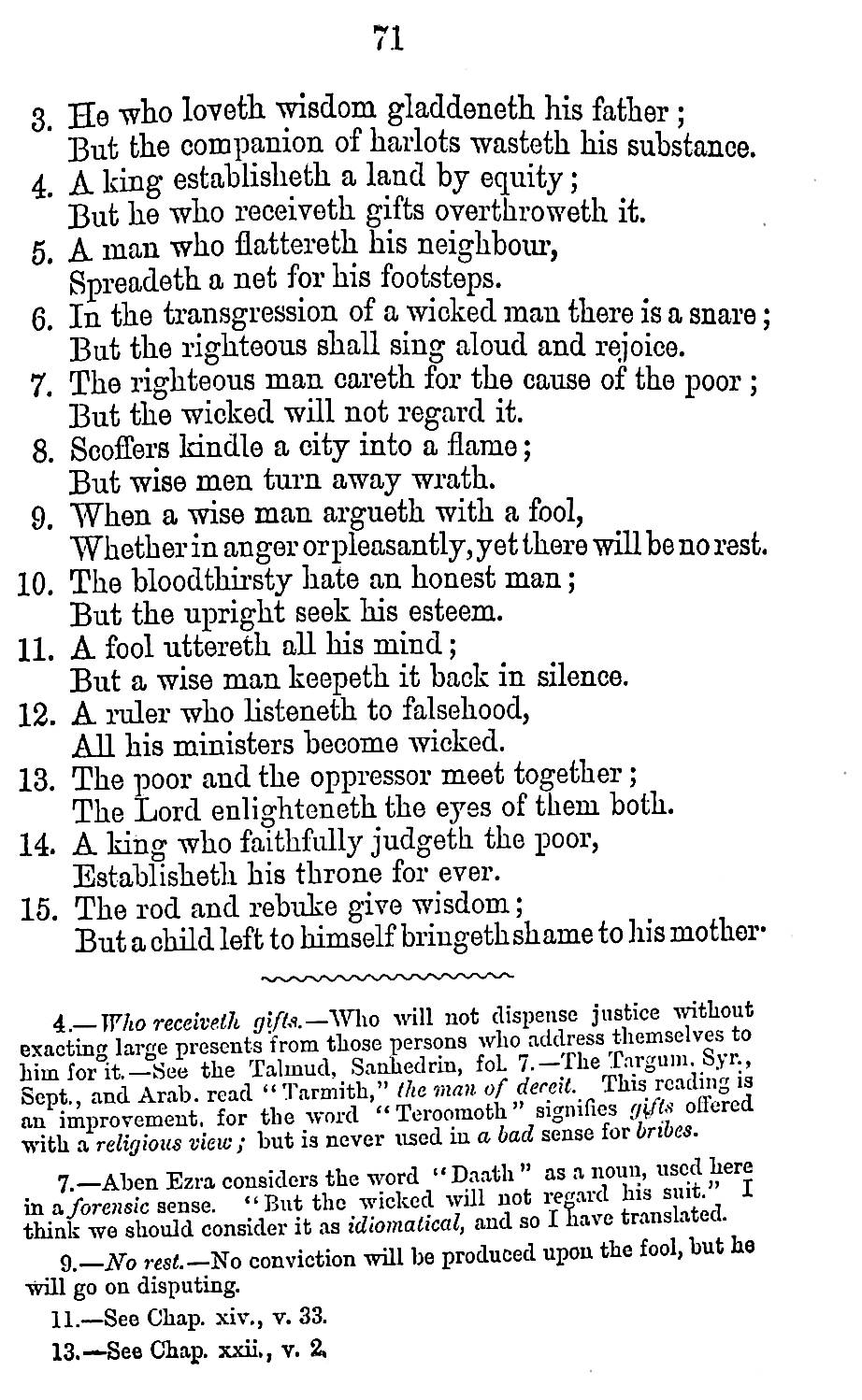 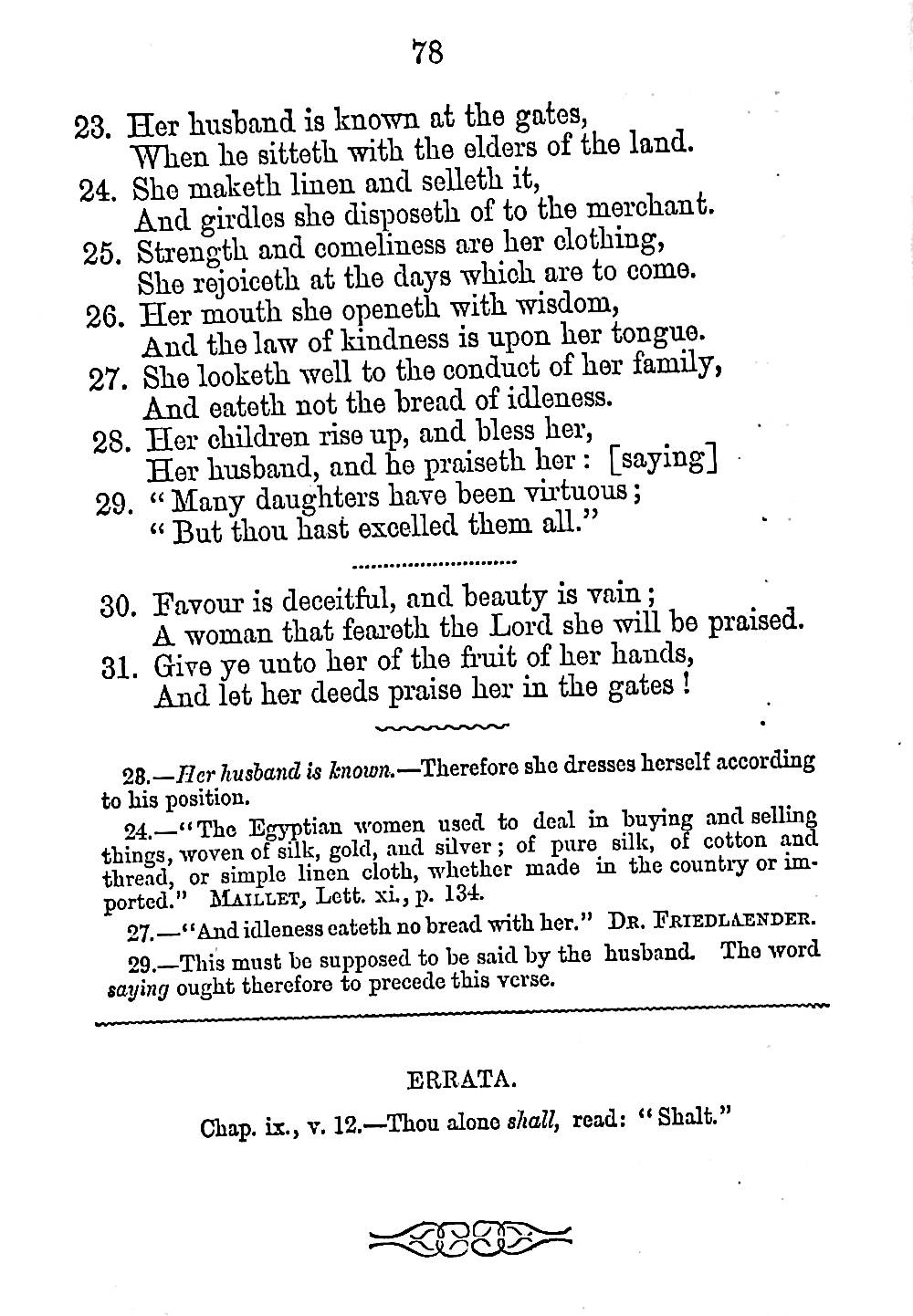 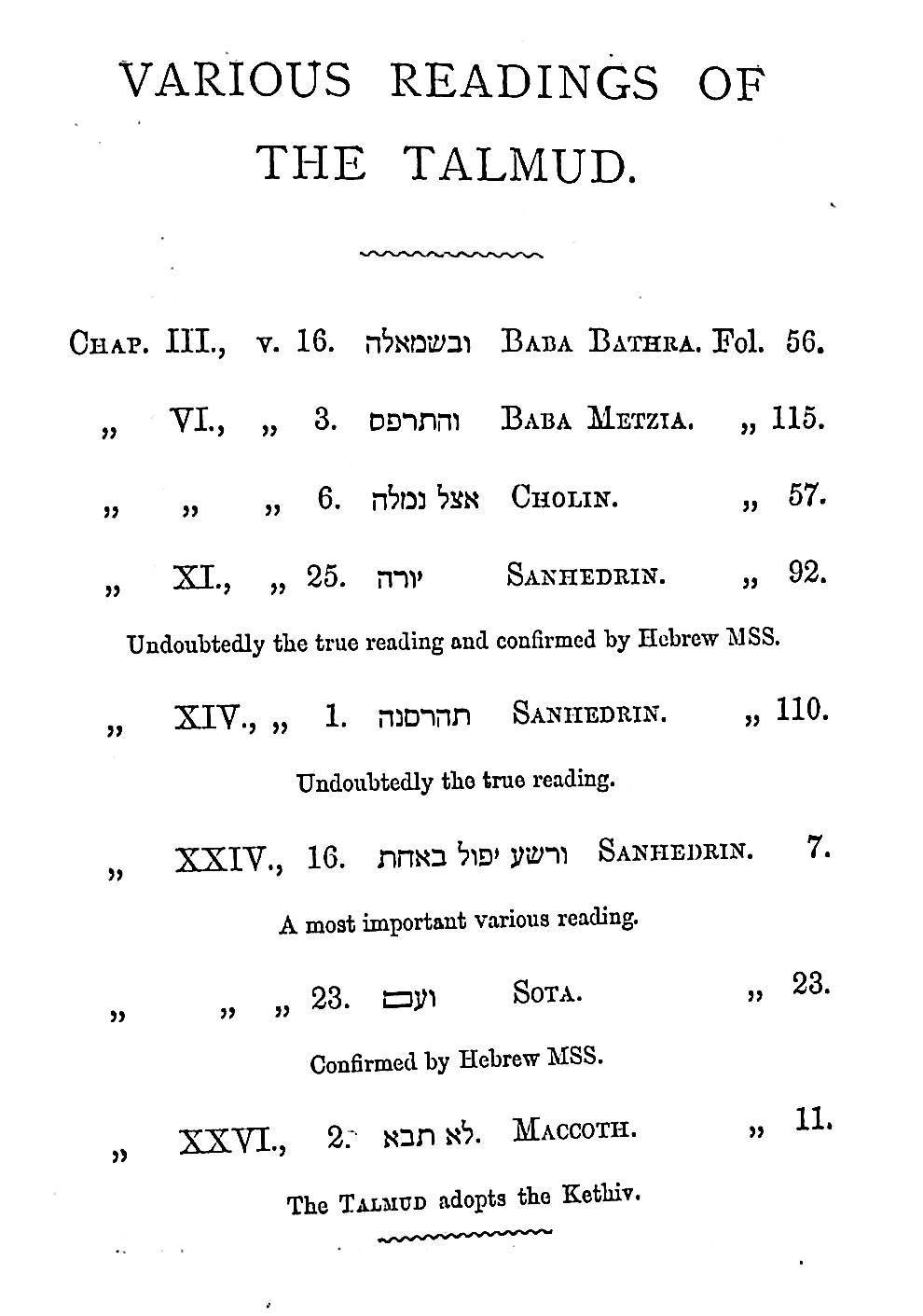 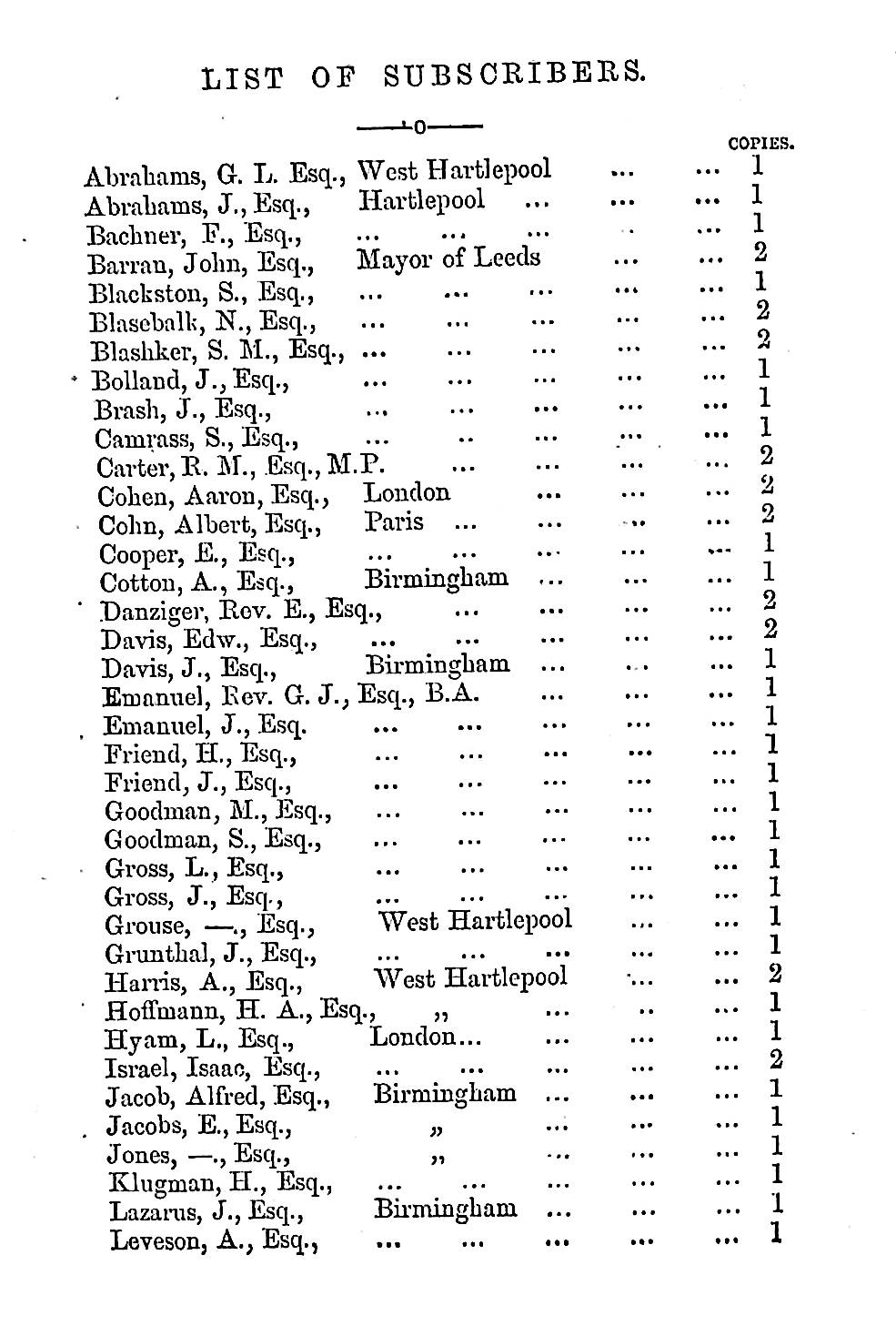 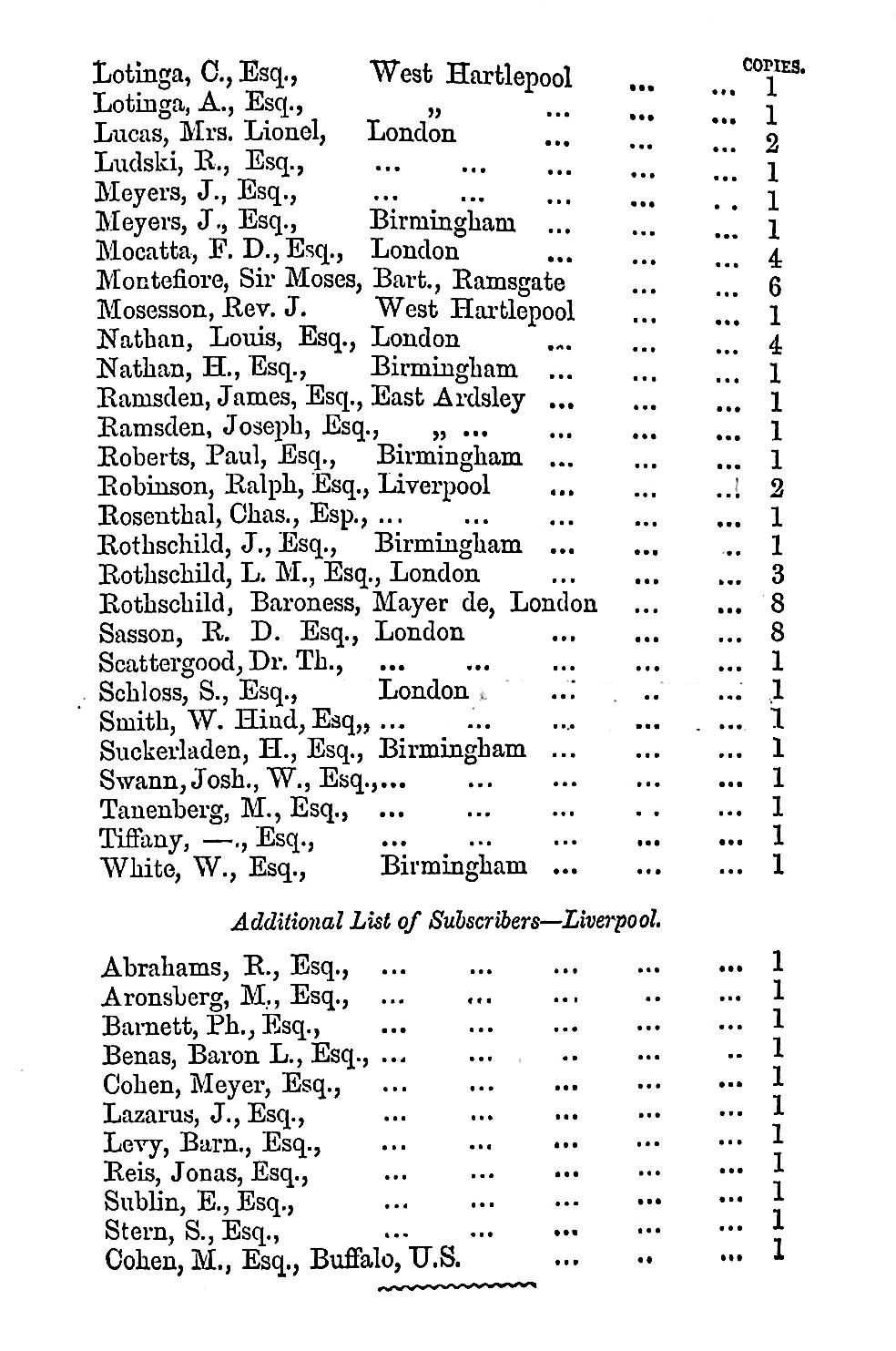