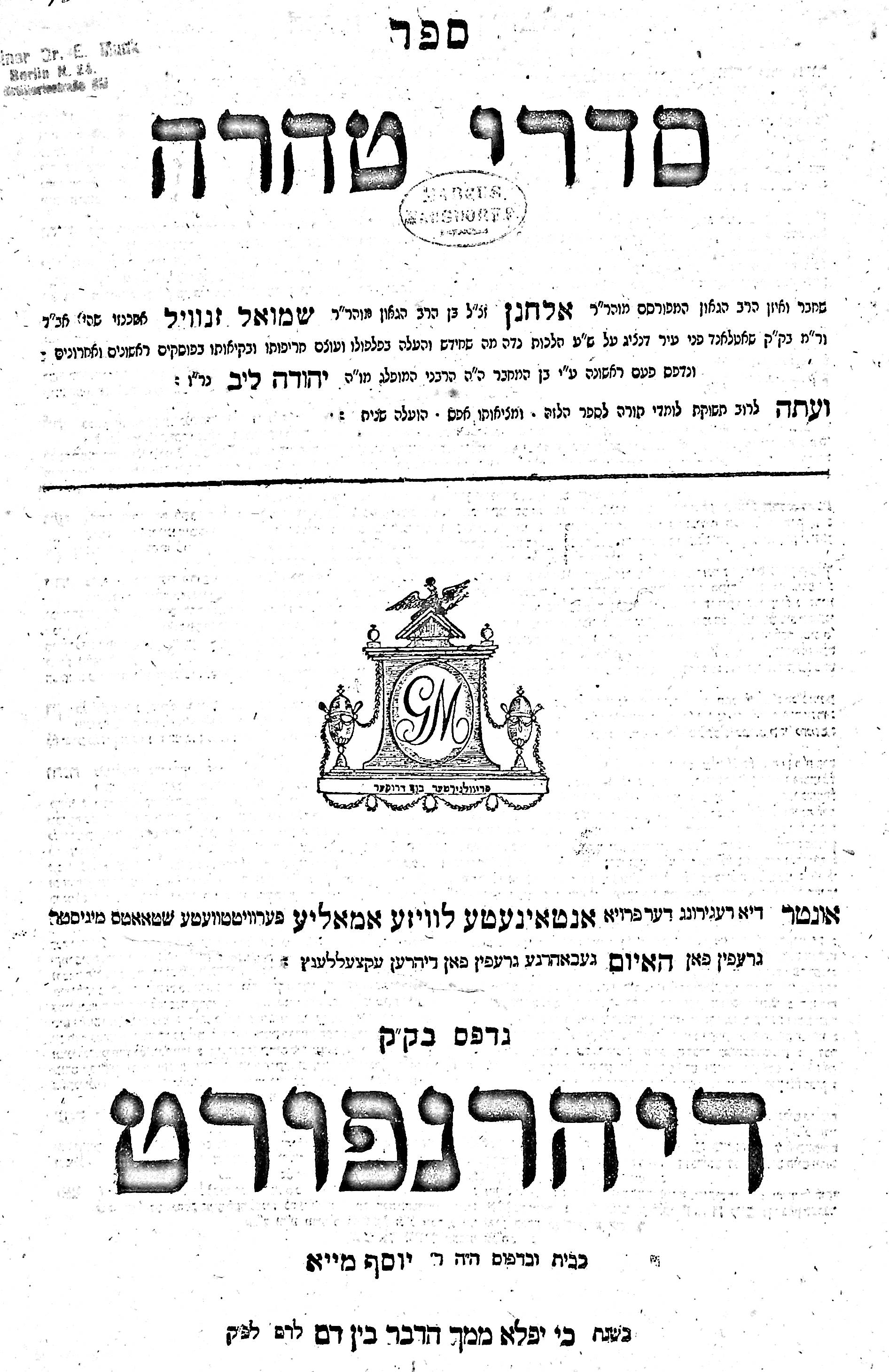 This book belonged to Rabbi Eli Munk of Golders Green, London (not to be confused with his cousin Rabbi Elie Munk of Paris).

Rabbi Munk’s father, Ezra (1867–1940) was a Rabbi in Germany, who had studied at the Berlin Rabbinical Seminary under his uncle Rabbi Azriel Hildesheimer and at the Universities of Berlin and Koenigsberg. In 1900 he succeeded Rabbi Hildesheimer as Rabbi of the Adath Yisroel congregation in Berlin. He left Germany for Jerusalem in 1938, where he died in 1940.   His son Rabbi Eli Munk was born in 1899 in Koenigsberg, Germany and brought up in Berlin where he had several rabbinical posts.

After receiving Semicha (his rabbinical diploma), as well as a PhD in English Literature from the University of Marburg for a thesis on the religious poetry of William Wordsworth, Rabbi Eli Munk came to Britain in 1930.

His first appointment in Britain was that of rabbi of the Adath Yisroel Synagogue and Union of Orthodox Hebrew Congregations, a temporary post to fill the vacancy following the death of Rabbi Dr Avigdor Schonfeld. After some three years in office he left to become rabbi at the Golders Green Beth Hamedrash, occupying the position from 1934-68.  The Jewish Chronicle described him as “A deeply learned man reverenced by his congregants, he
wrote several scholarly works and one entitled “On the fight for shechita in Europe.”

The Golders Green Beth Hamedrash, is still known as “Munk’s”.

My copy also has a stamp ‘Rabbiner Dr. E. Munk, Berlin…”, which may have been a stamp of Rabbi Eli Munk, or of his father, Rabbi Ezra Munk.

The book itself, Sidrei Tahara was printed in Dyhrenfurth in 1796 at the press of Rabbi Yosef Mai.

The author, Rabbi Elchanan Chen, also known as Elchanan Ashkenazi, was born in 1713 in Schottland, the son of the distinguished Rabbi Shmuel Zanvil Ashkenazi, who lived in Bonn (Germany), and was Rabbi of three communities, Cologne, Arnsberg and Munster.  (This is not Scotland in the UK, but a suburb of Danzig (modern Gdansk) which was founded by Scottish immigrants in the 14th to 16th centuries).  Rabbi Elchanan became the communal Rabbi on Schottland in 1752 and served until his death in 17802.  The name Ashkenazi may not have been a real family name, but Elchanan is often referred to as Elchanan Ashkenazi.

His book Sidrei Tahara was published in 1783, three years after his death, as an addendum to the Shulchan Aruch, Yoreh Deah (volume two) by his son Yehuda Leib. At the beginning and reproduced below there is a long foreword by this son, in which he refers to his father, his stepmother, and his late brother Moshe. He tells the story of how his grandfather, Shmuel Zanvil Ashkenazi, on feeling his strength departing in 1766, asked his Kehillah to appoint his son (Elchanan) in his place.

There are several hand-written annotations, perhaps written by Rabbi Eli Munk. Here is the introduction: 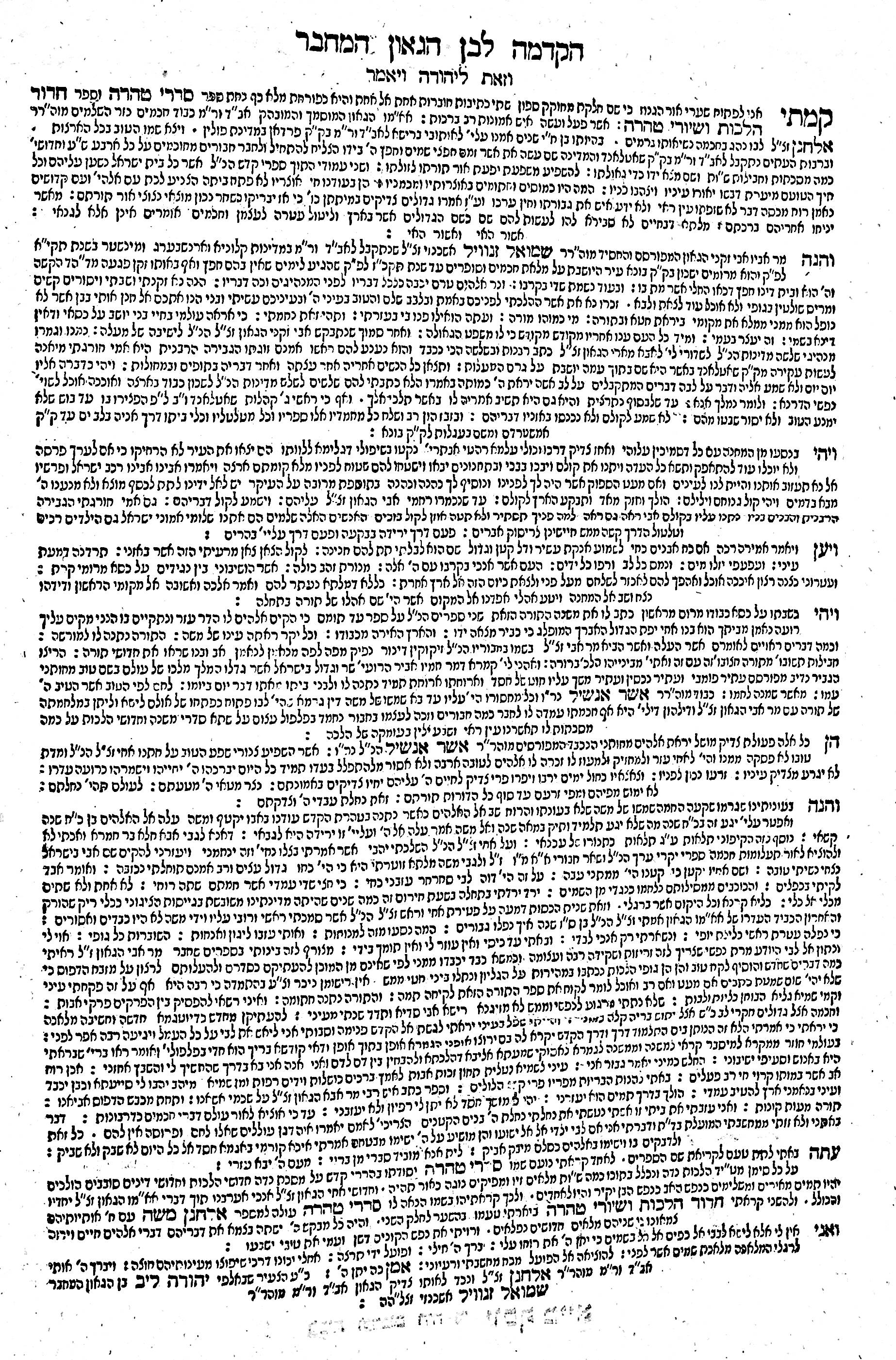 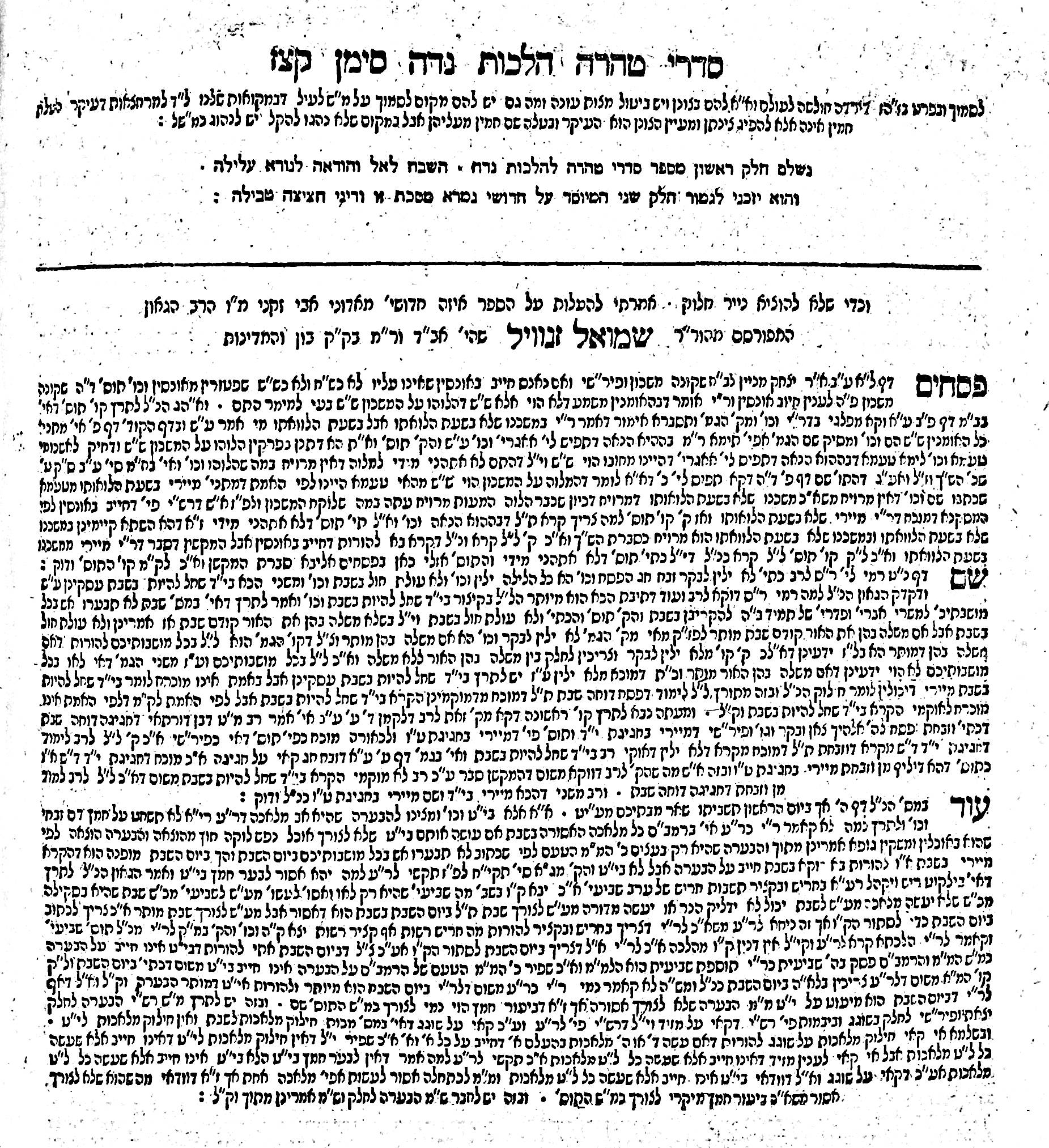 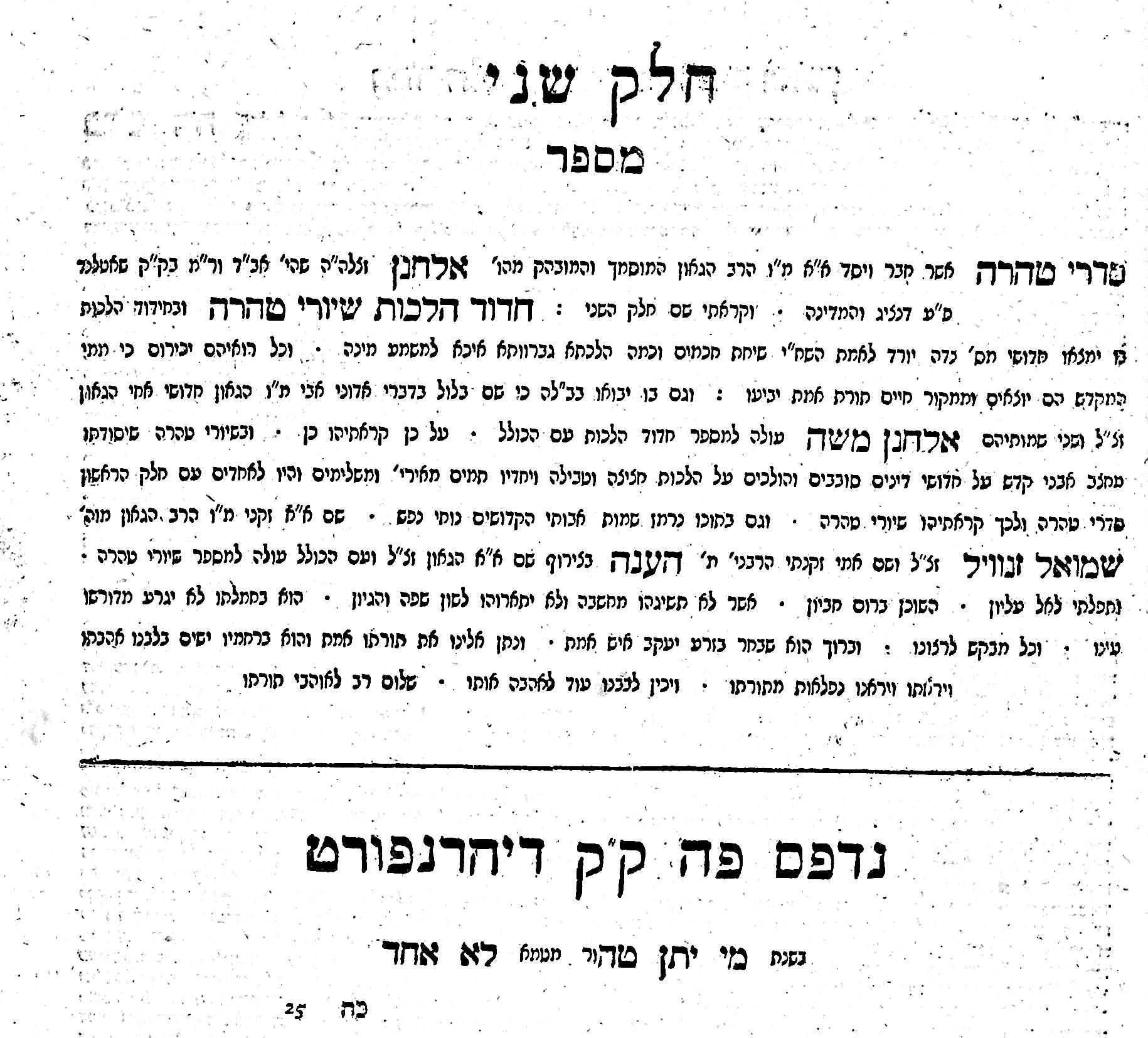