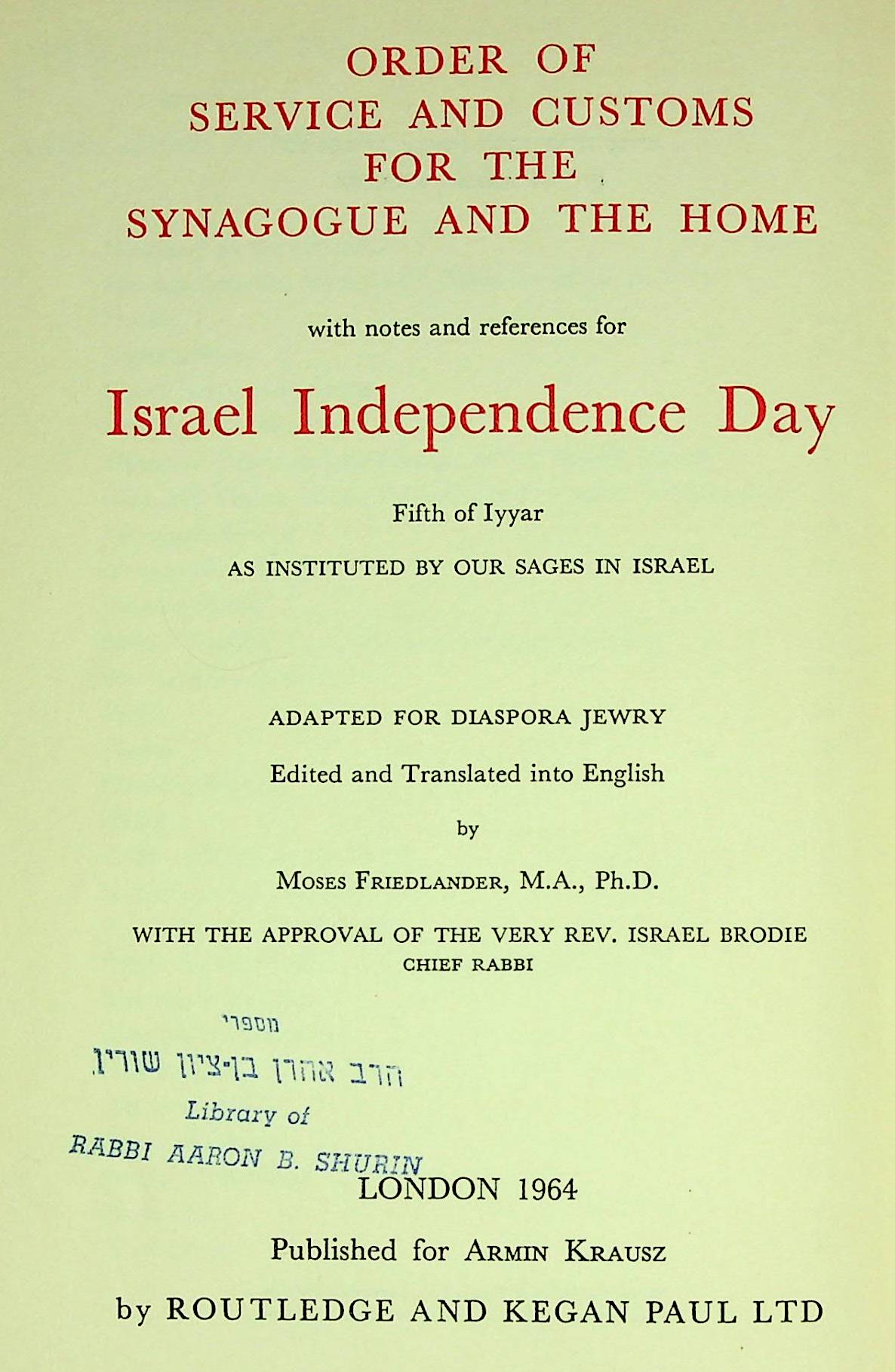 This book copies the traditional style of the blue 20th Century Adler Machzorim (Holiday Prayer Books), and has a similar binding.  It is interesting because it combines prayers and celebration of Yom HaAtzmaut with some British flavours. 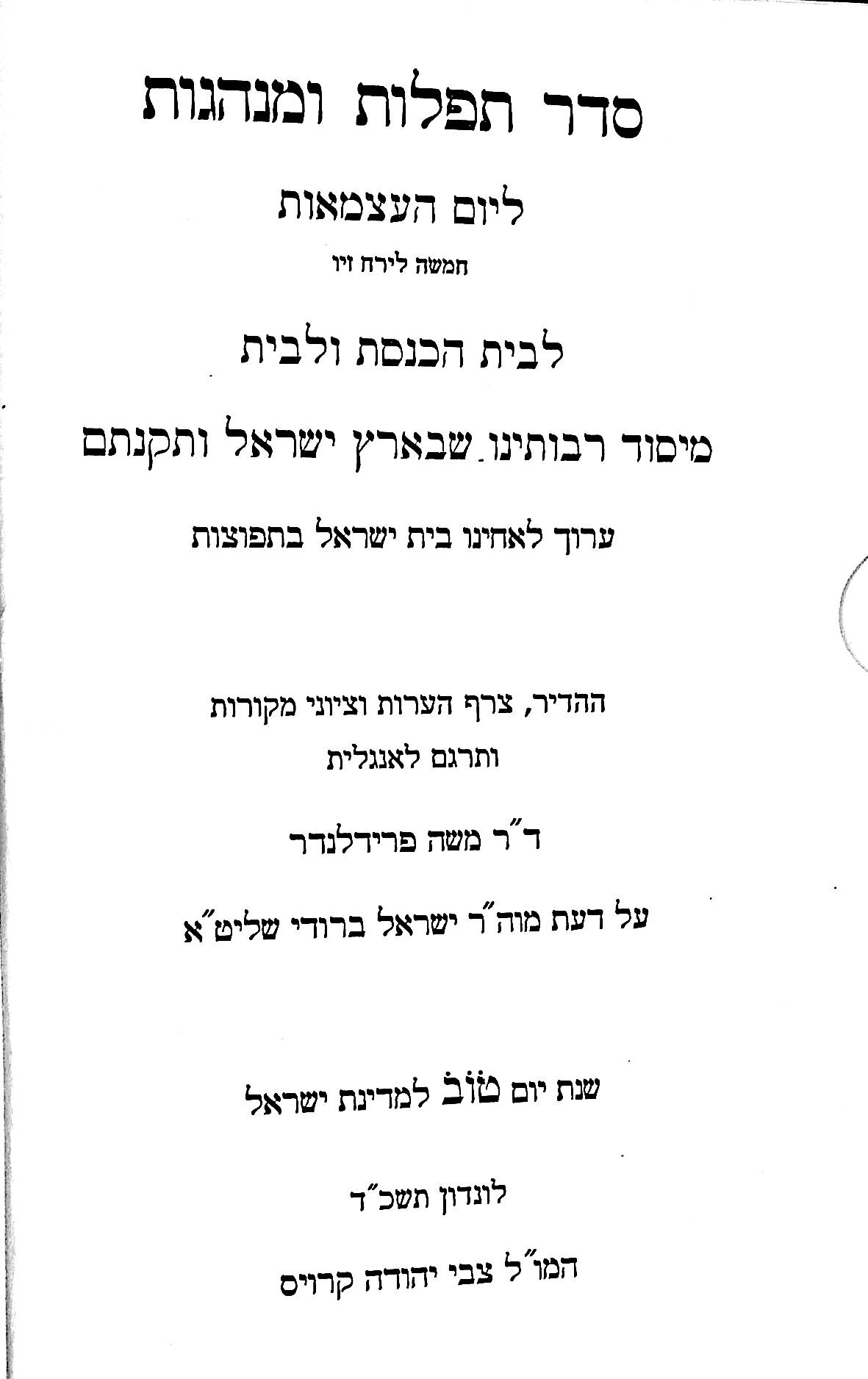 My copy was owned, and is stamped by Rabbi Aaron Ben Zion Shurin. He was a native of Lithuania and died in 2012 at the age of 99.  He wrote a column in the New York Yiddish newspaper The Forward for 60 years, and was known as the one uncompromisingly Orthodox voice – the from Rov – in a secular socialist newspaper.  In addition to writing in The Forward, Rabbi Shurin taught at Stern College, the women’s branch of Yeshiva University in New York, from 1966 to 2001.

The book has a foreword by the then Chief Rabbi of Great Britain and the Commonwealth, Rabbi Israel Brodie.  However, he did not approve it for use in synagogues under his authority. 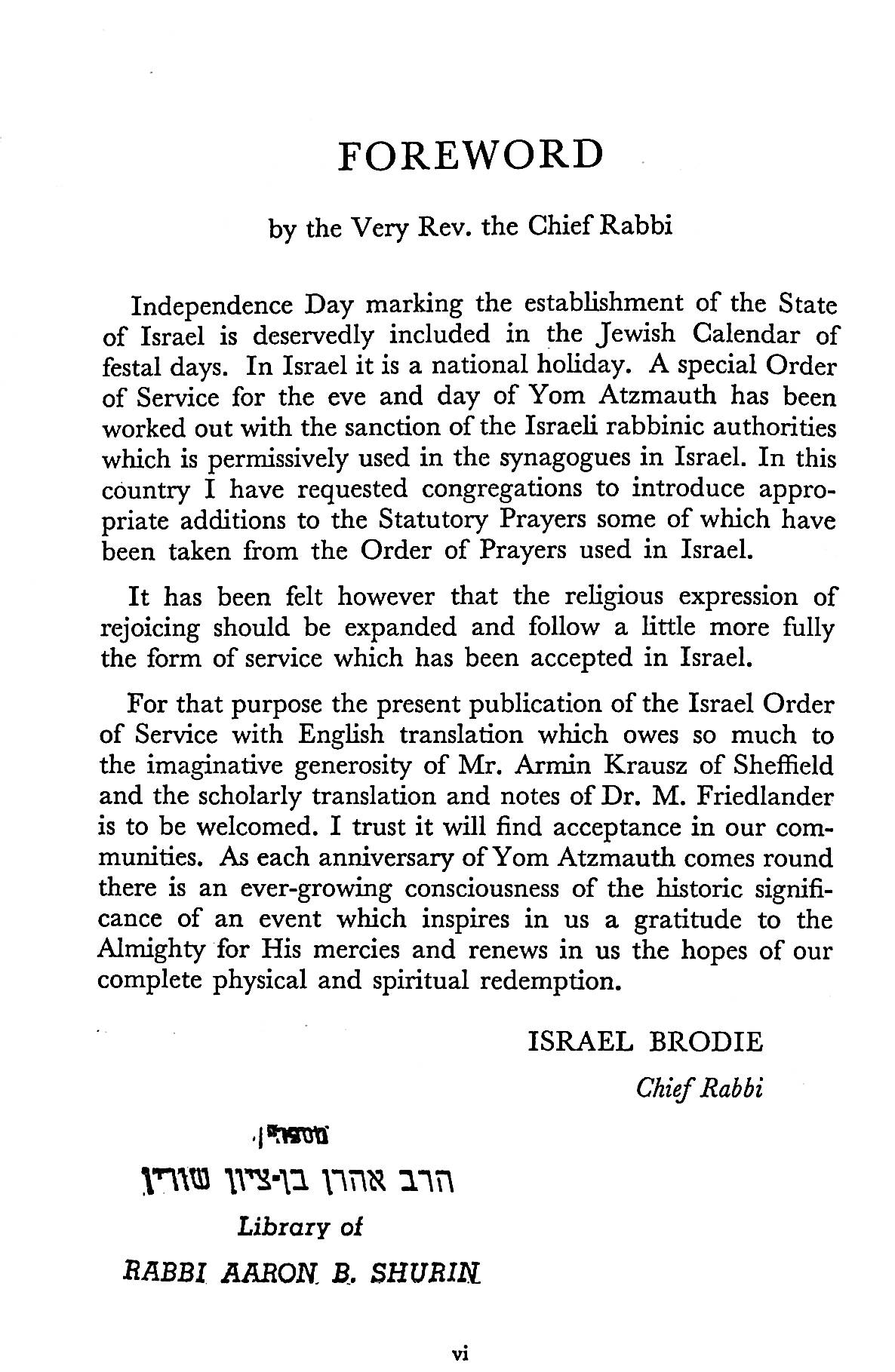 In 1972, his successor, Chief Rabbi Immanuel Jakobovits, was asked to endorse a second edition of this Machzor. He declined to do so, but instead agreed to write a foreword, like his predecessor.  Rather than offer an endorsement, Rabbi Jakobovits took issue in the foreword with the fact that the Machzor reflected solely the halachic views of the Chief Rabbinate of Israel, and therefore differed considerably from the way in which Yom Ha’atzmaut had begun to be observed by Zionist congregations in the Diaspora. 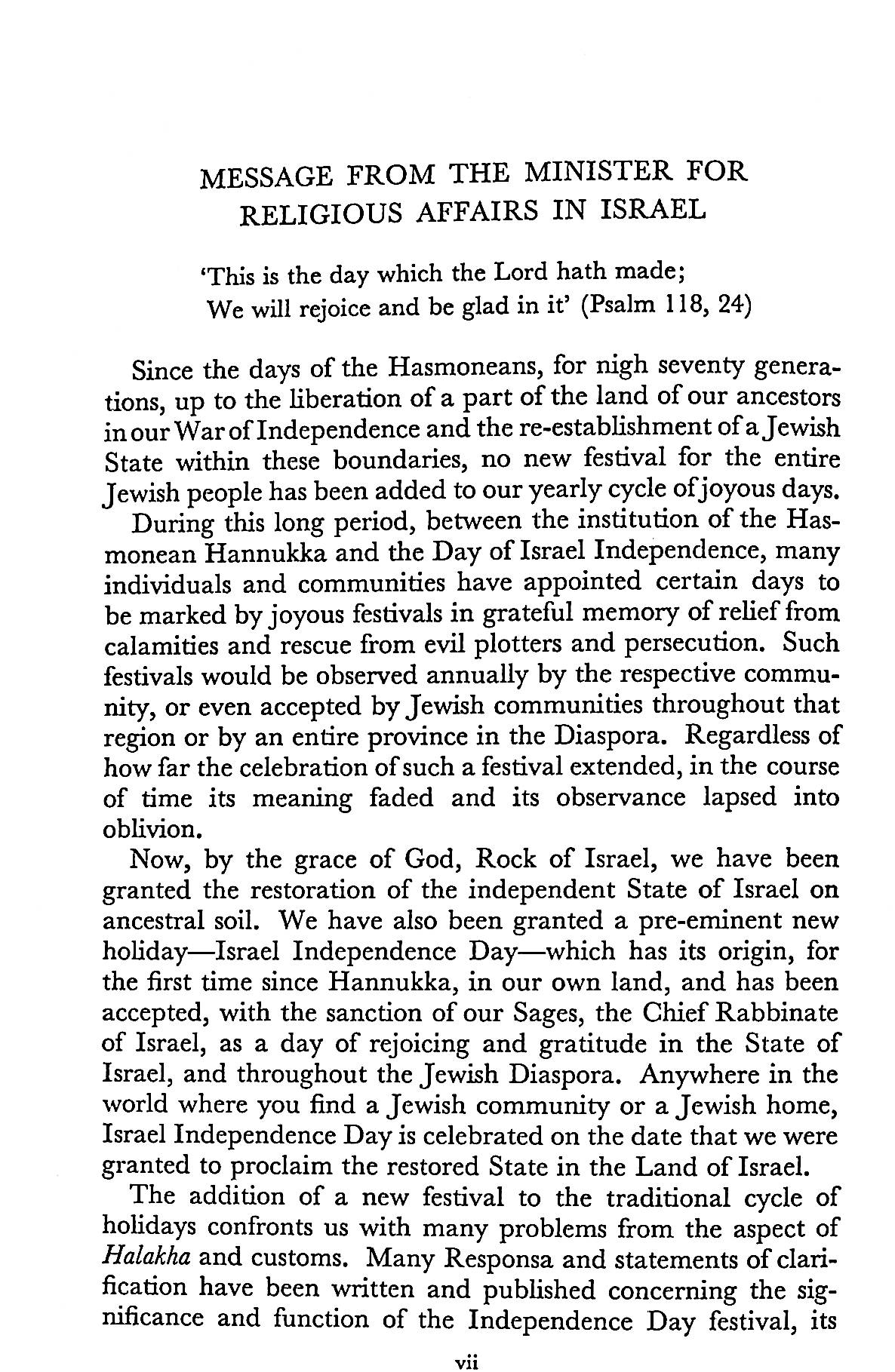 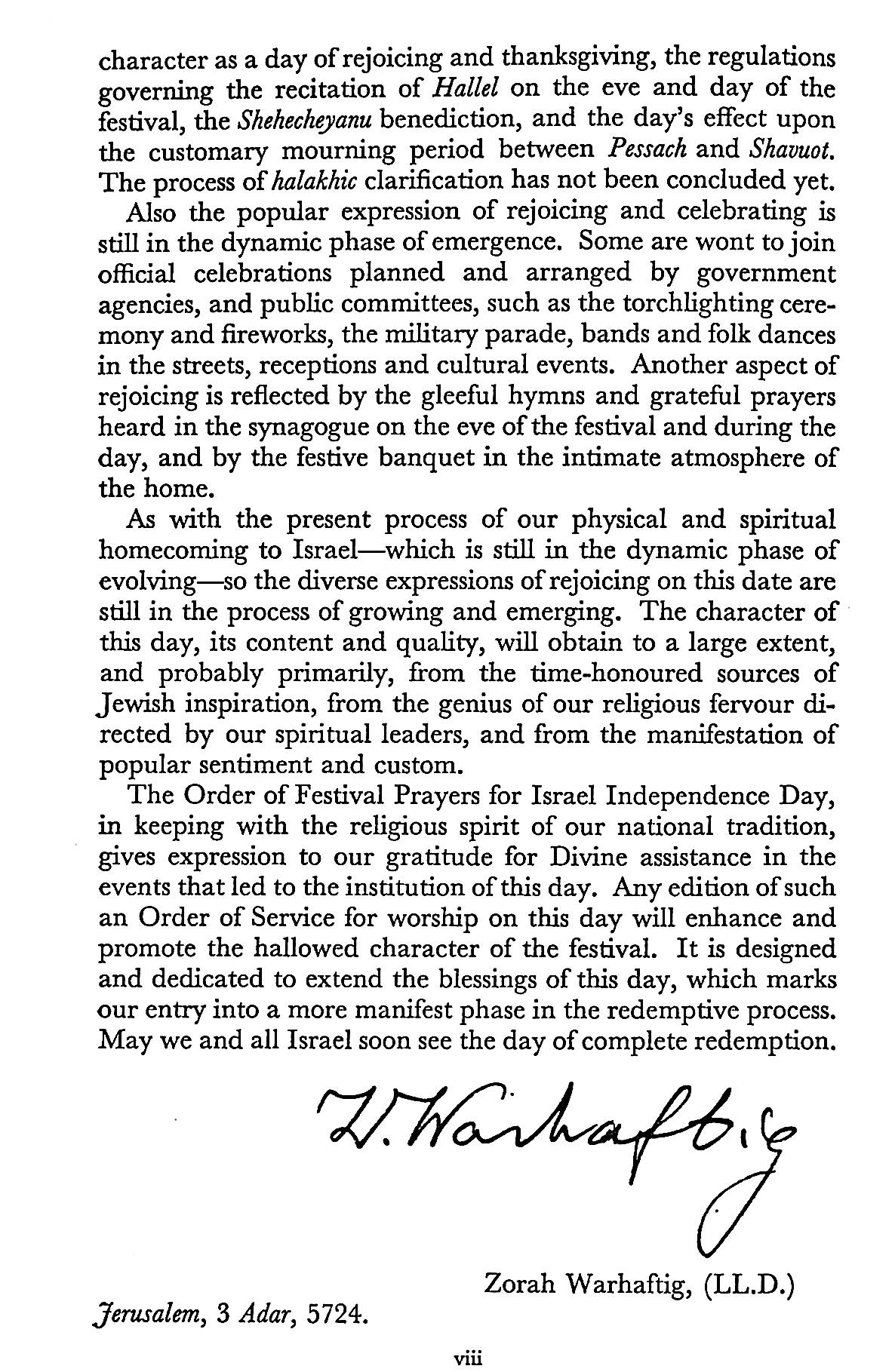 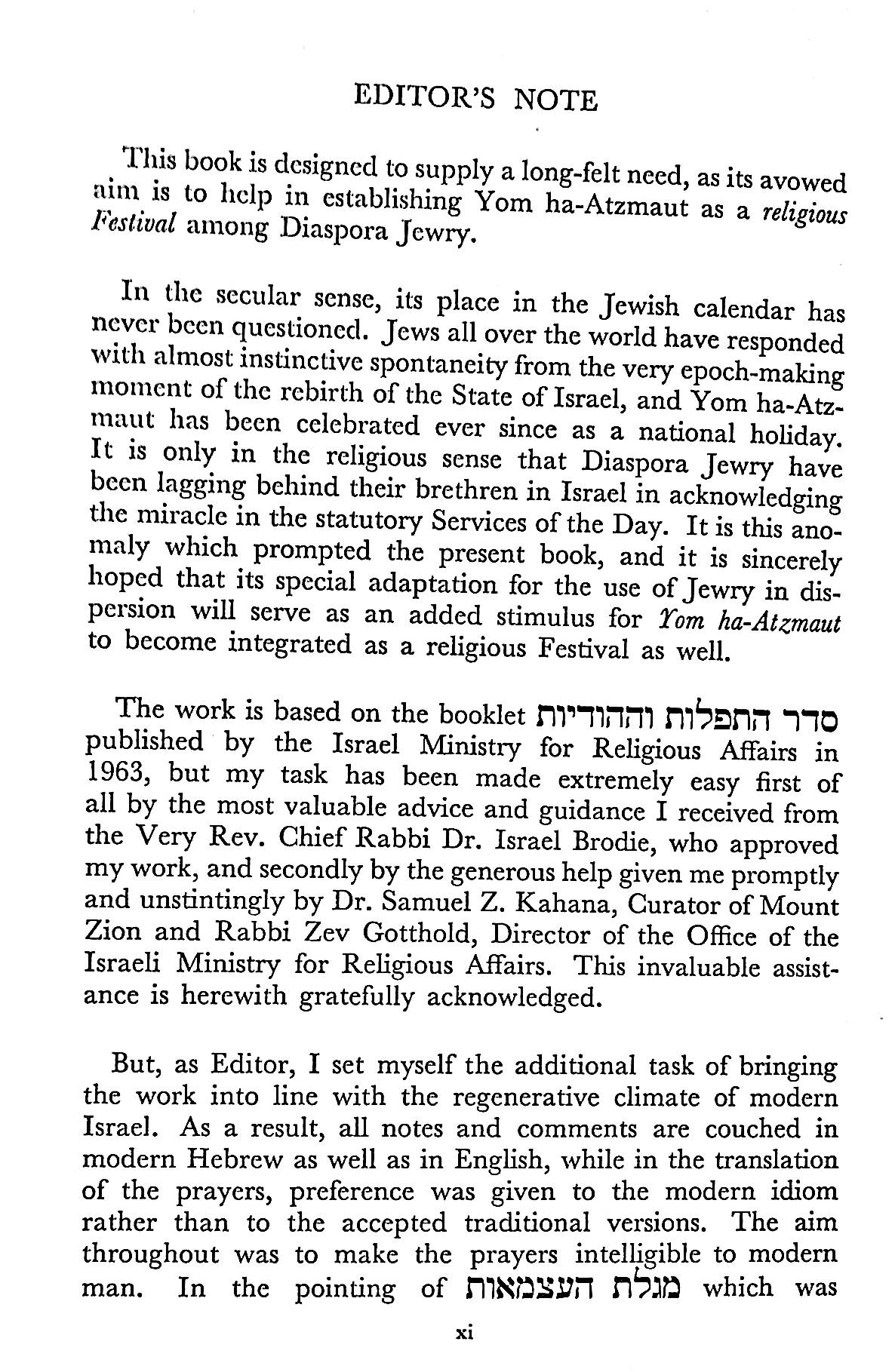 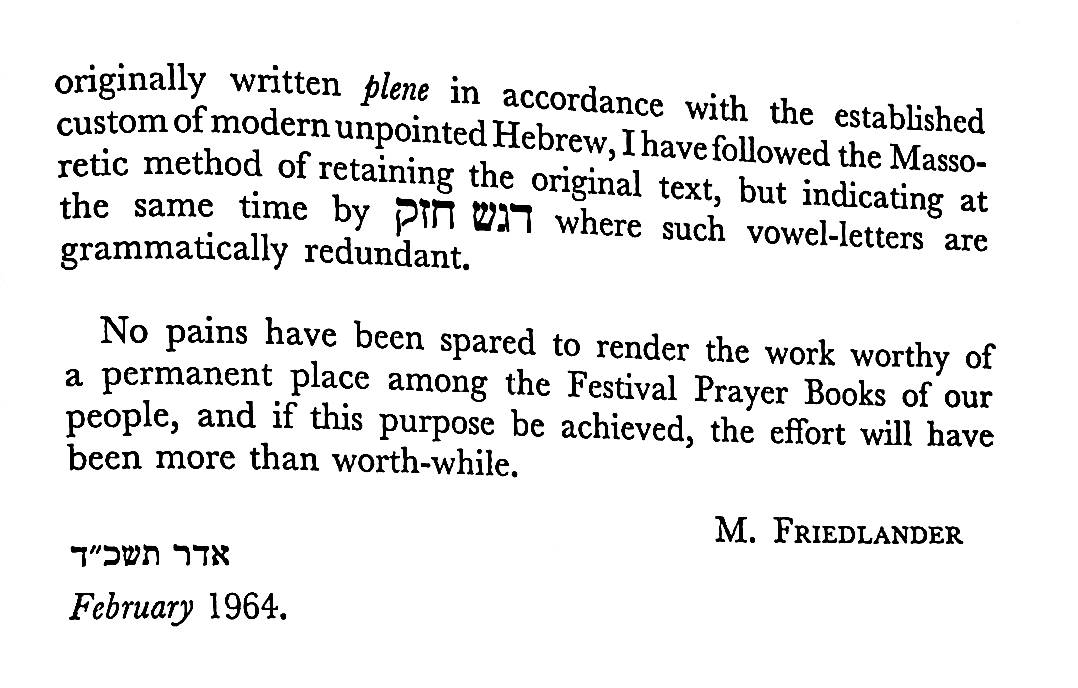 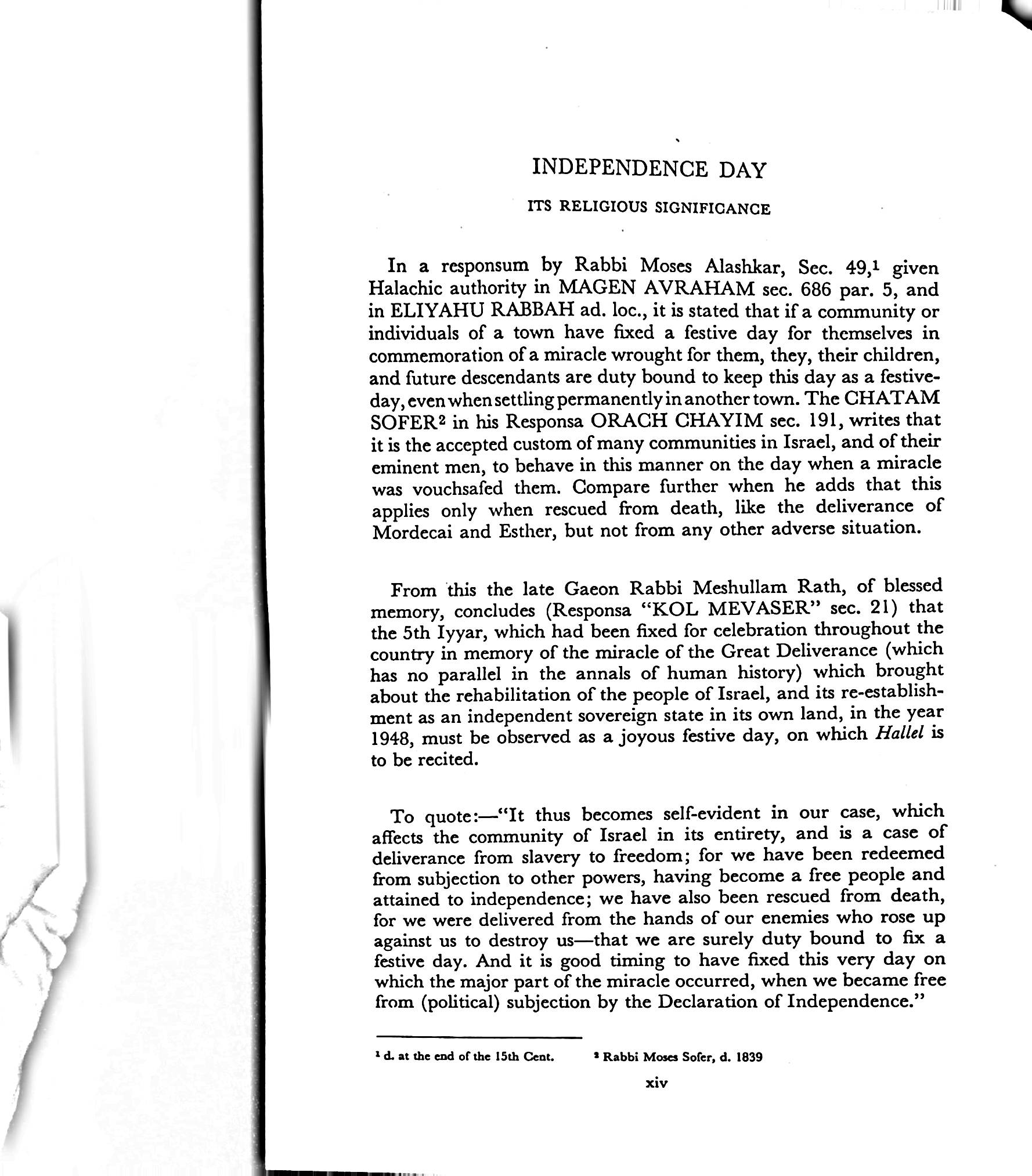 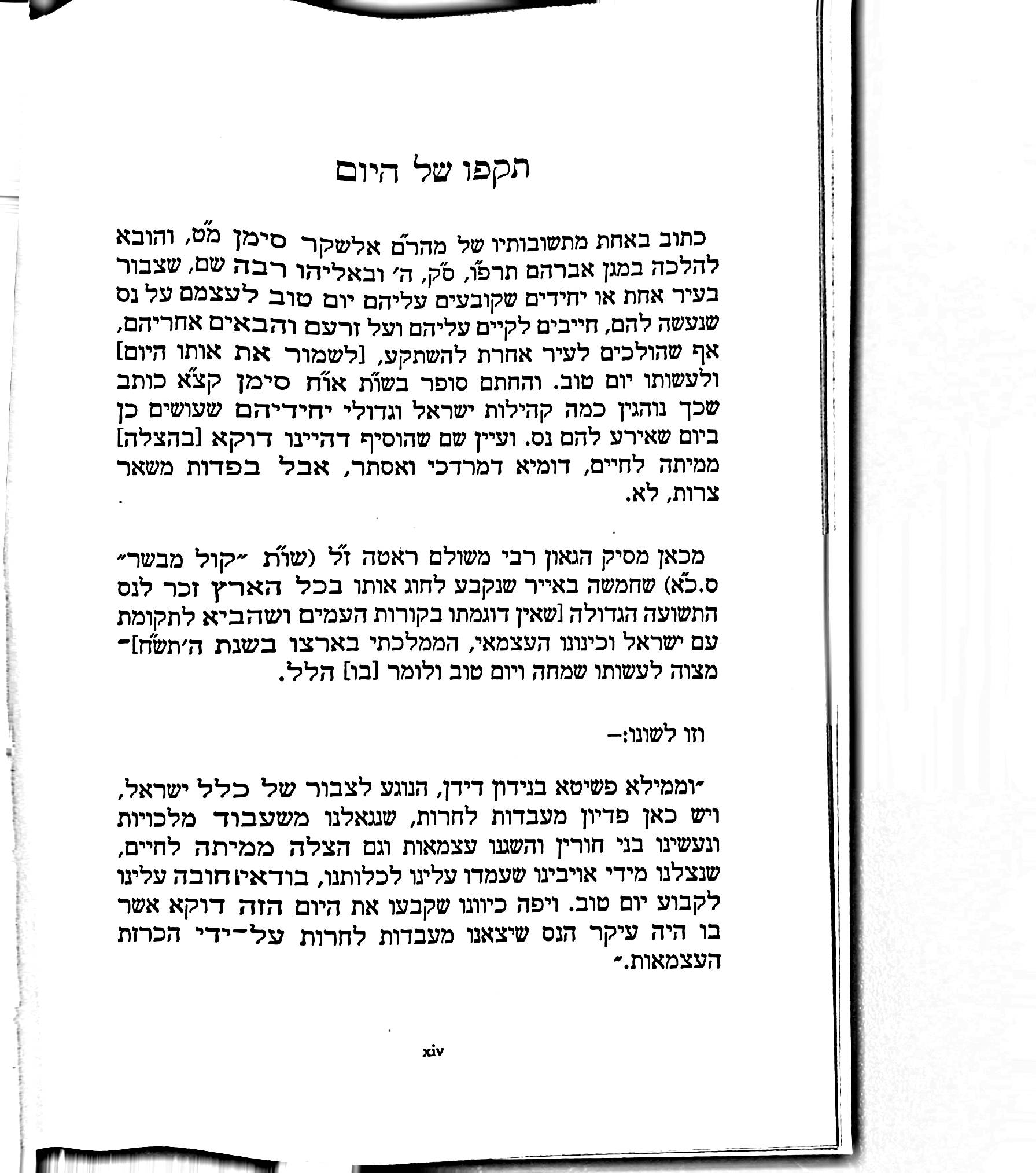 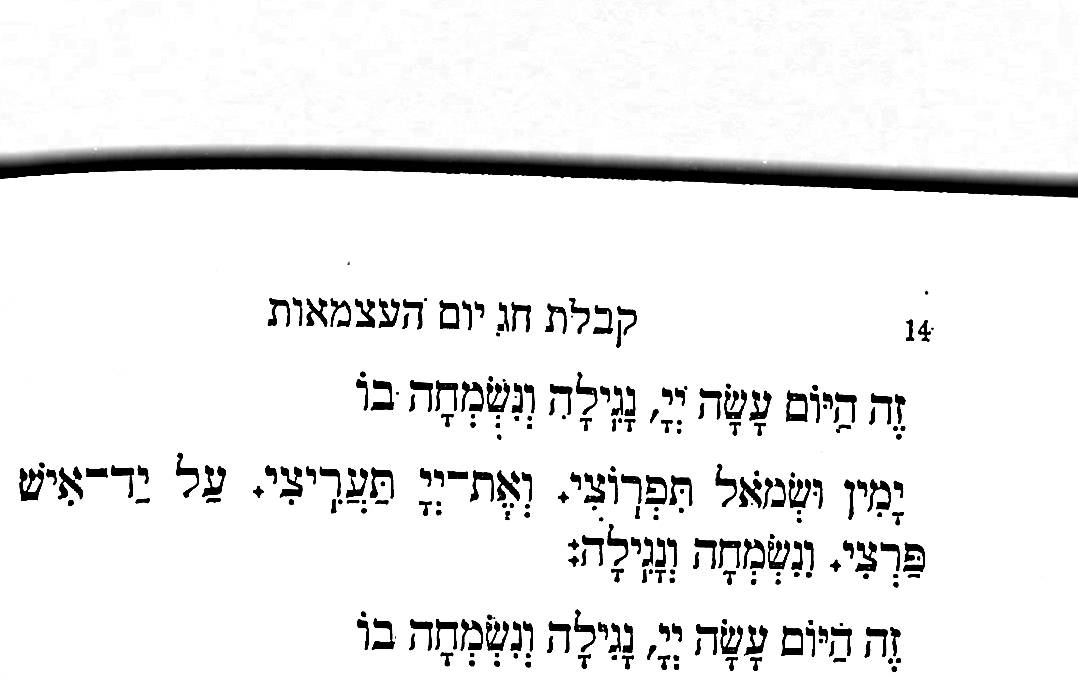 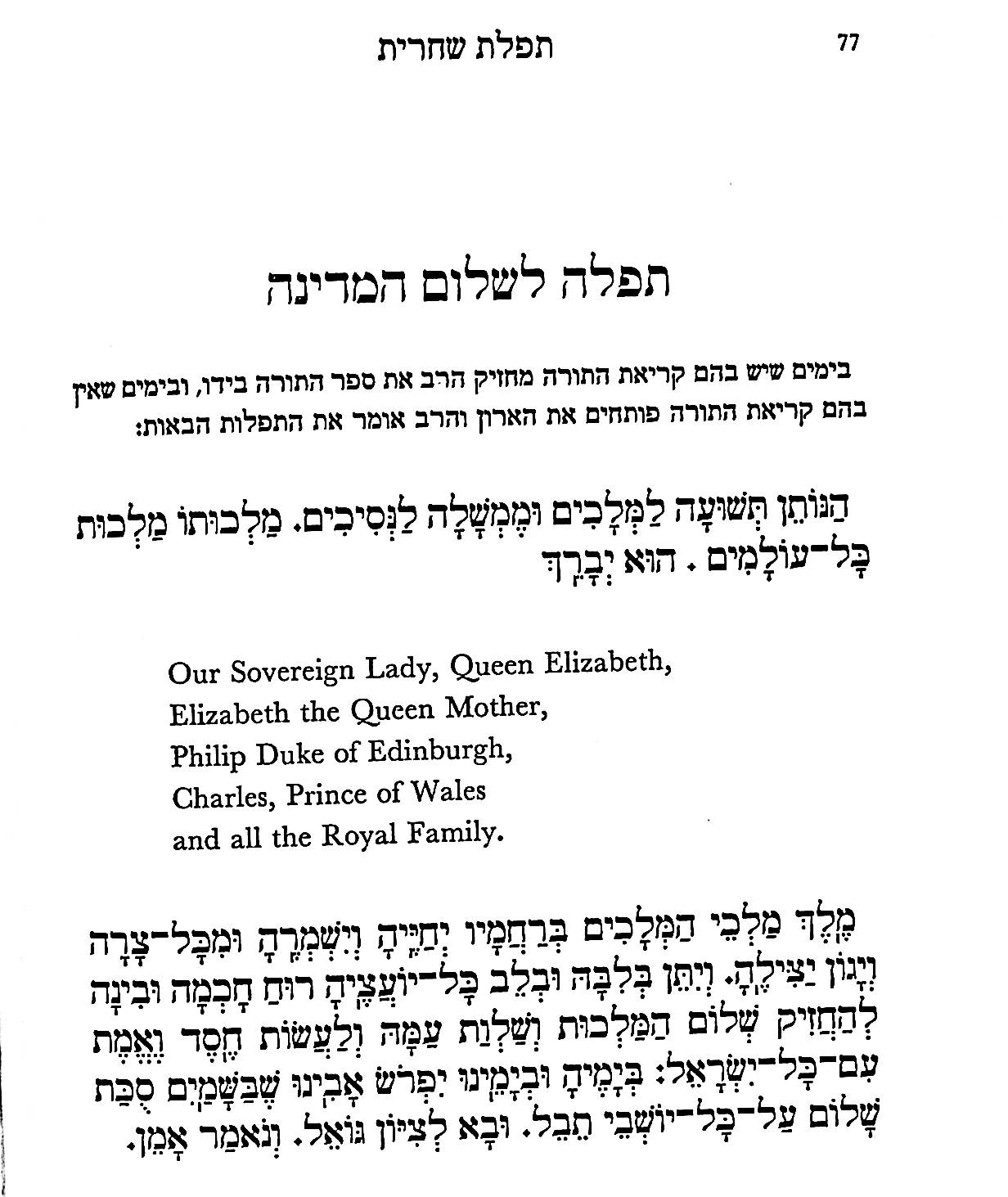 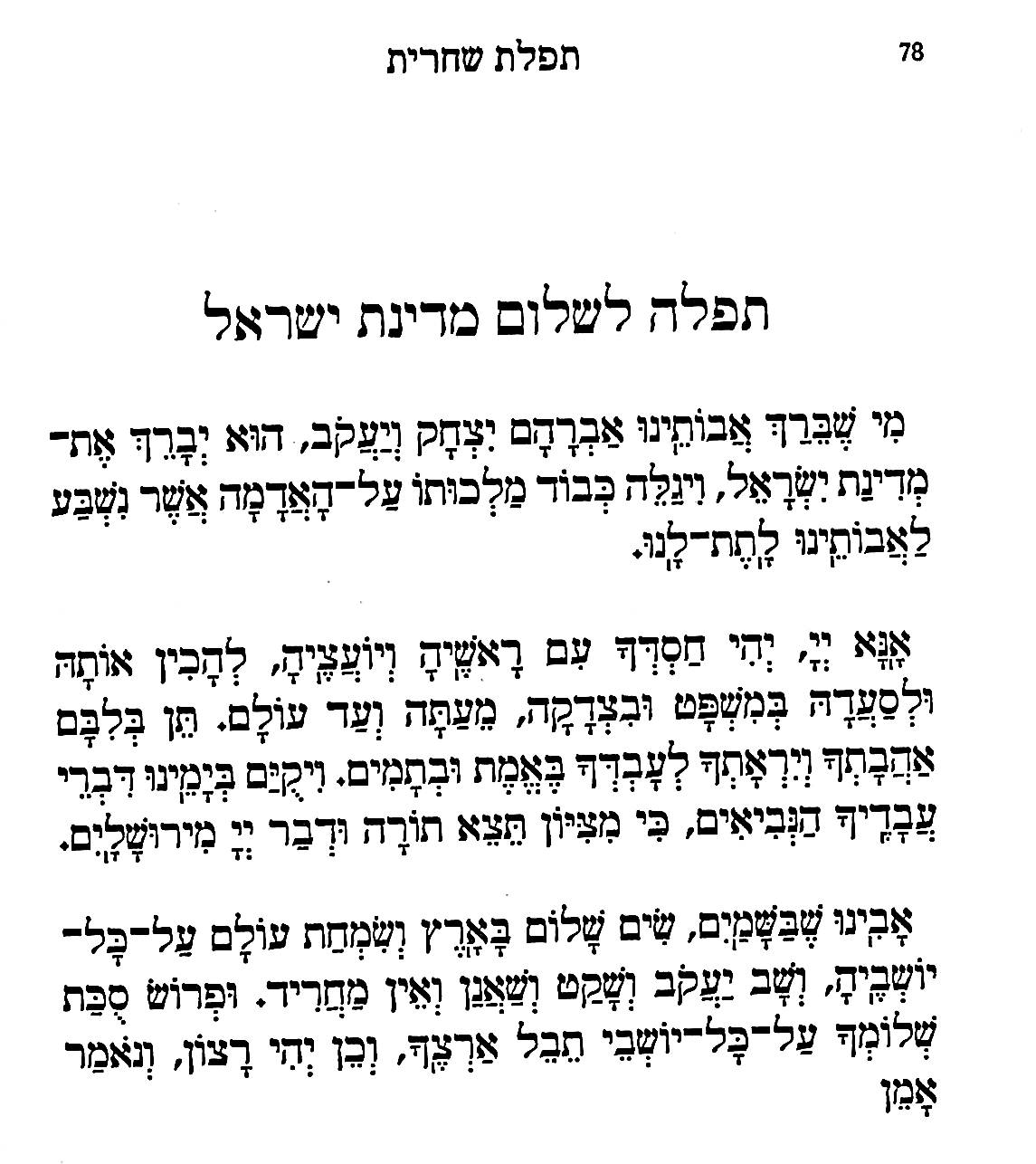 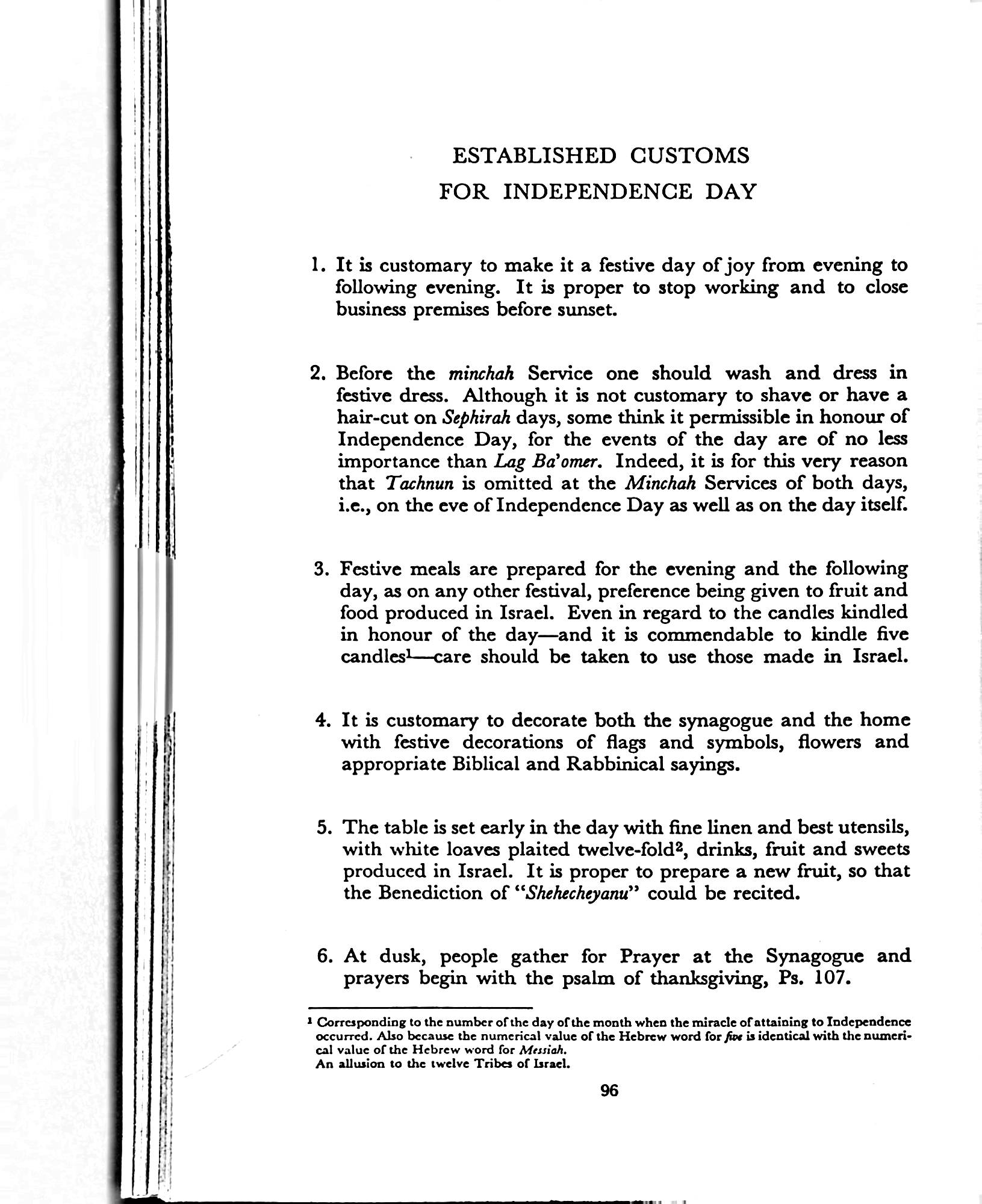 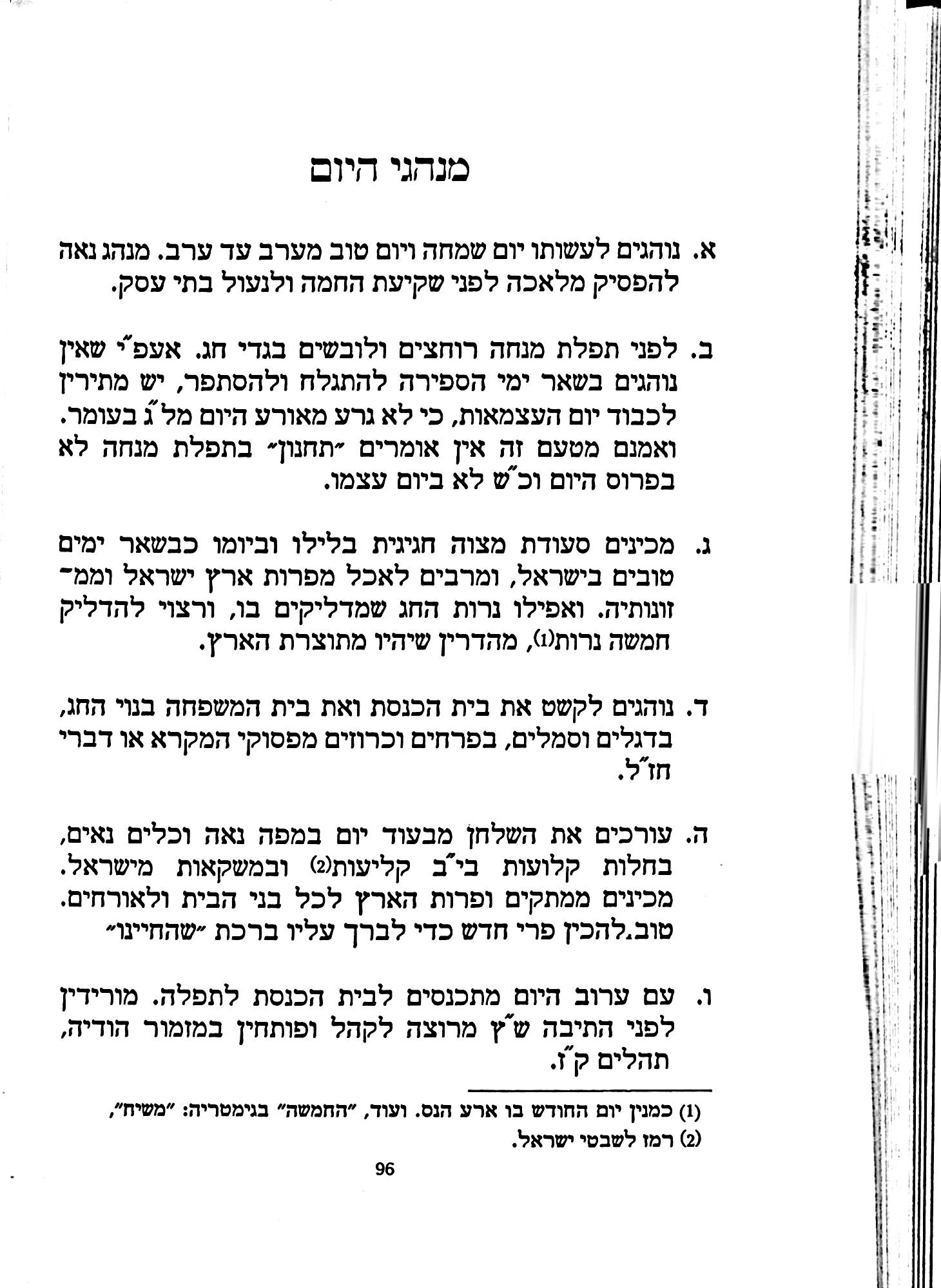 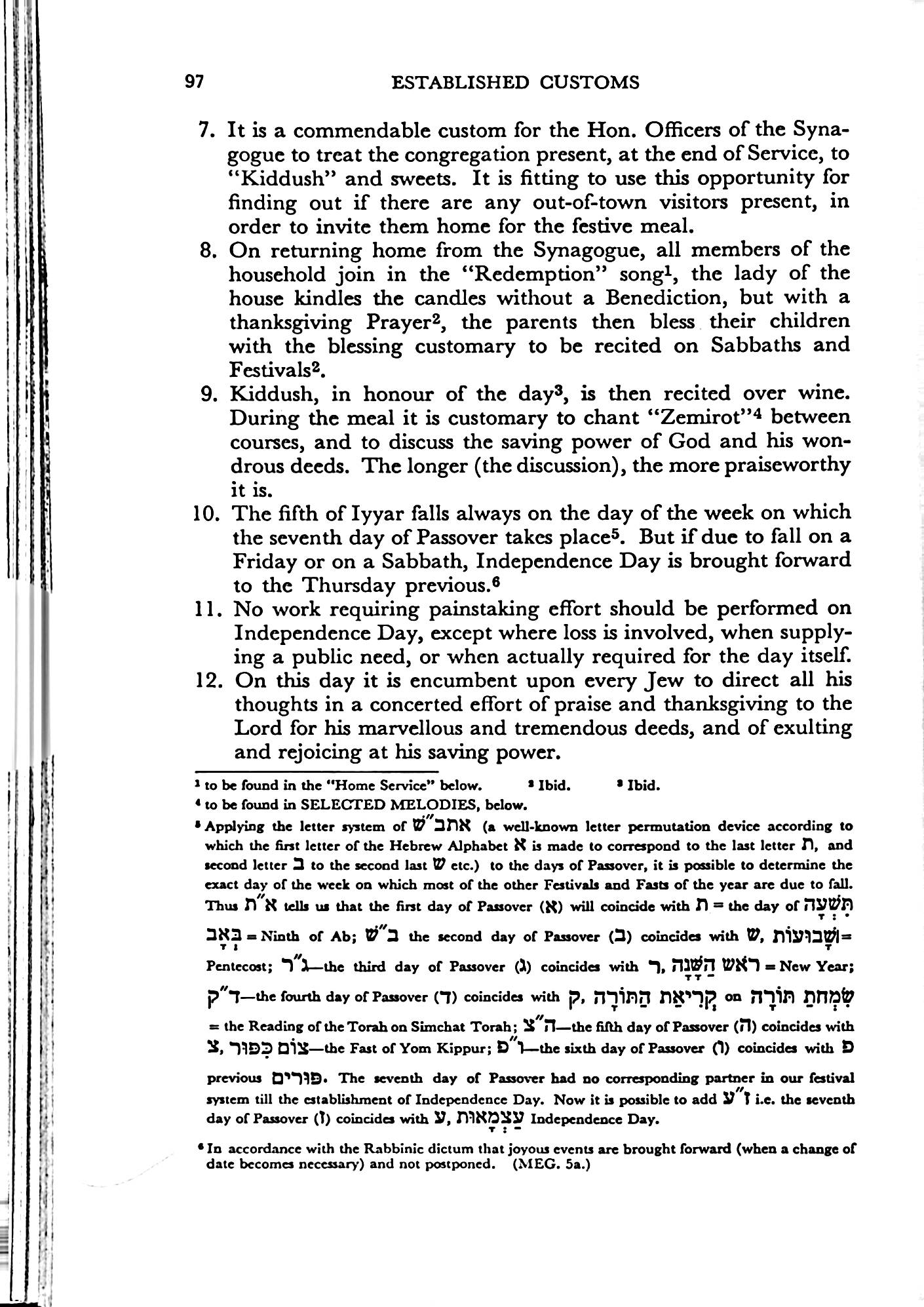 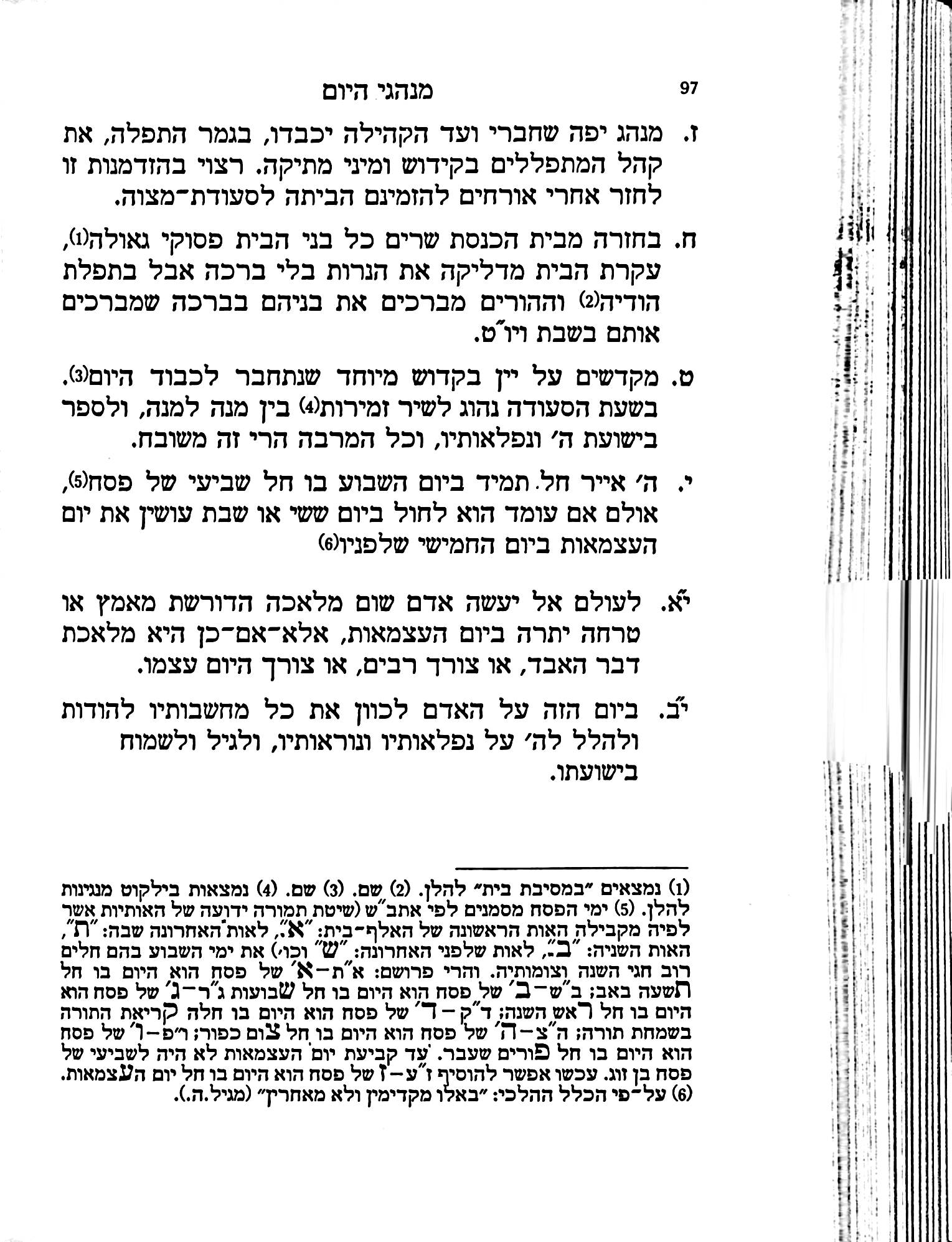