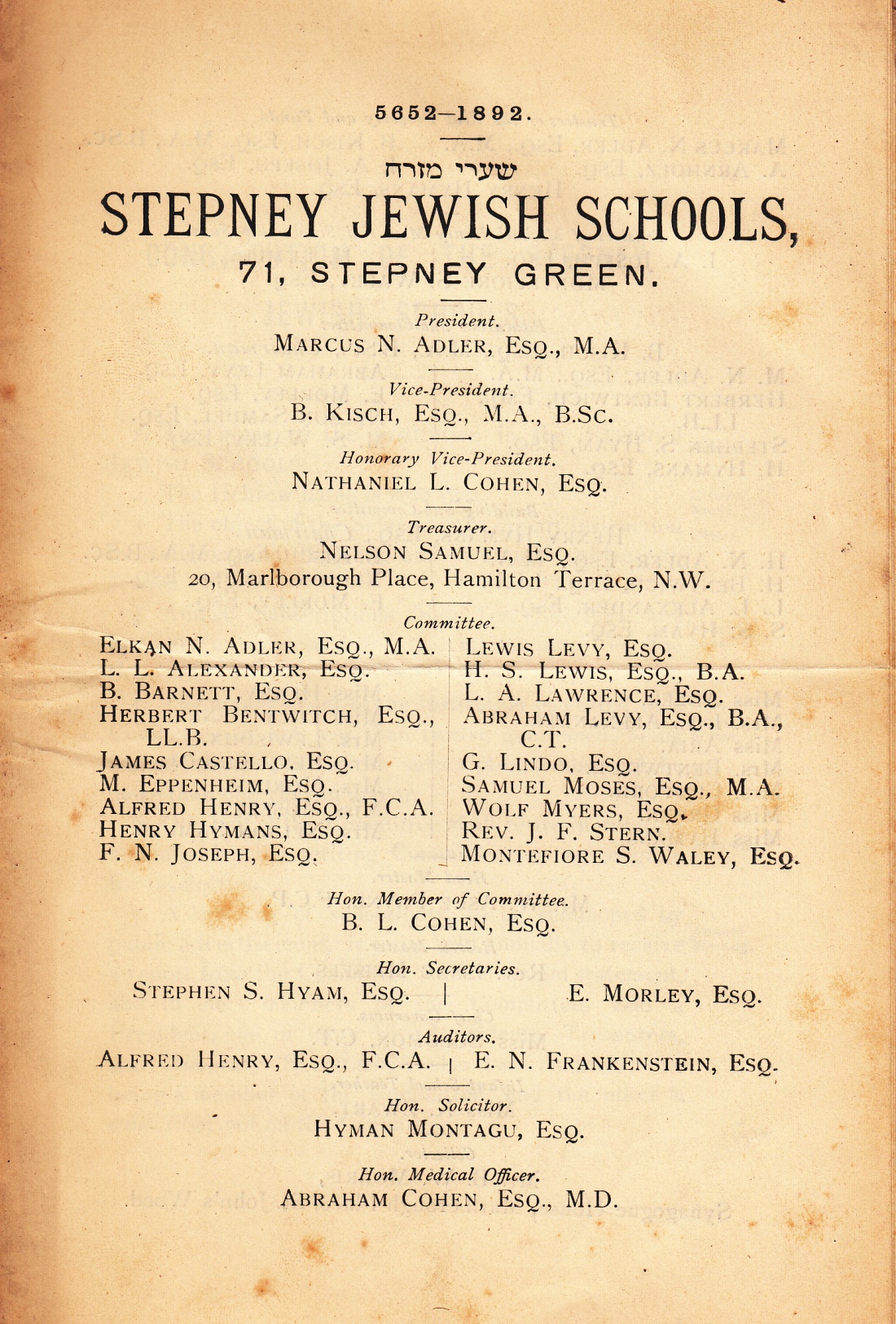 This little pamphlet represents an interesting piece of London Jewish social history.  It is the report of the twentieth Annual Meeting held 3rd April 1892.  What is noticeable is that the officers and donors to the schools represent the wealthier and more established members of the Jewish community.  The children are often the children of poorer Jewish immigrants living in the East End of London.

The report of the Government inspector includes:

Reading is fluent, and Handwriting very praiseworthy for ease and uniformity. Spelling is still the elementary subject least successfully taught, it is barely fair in the second and third standards and only in the sixth and seventh is fully good…

Composition and spelling in the first class are barely good, but in all other respects the elementary work is very good.  …Needlework is ver good, but in the first standard, hemming, every stitch should be distinct on the right side; and the exercises worked in group E of the fifth standard, the darning should show the mending of a fair-size hole in stocking-web material…

And on page 14… The Committee have always been anxious to induce large numbers of their pupils to join skilled mechanical trades when they leave school, and it was mainly with the object of cultivating a taste for such work, that the Technical Classes were started some years ago.  At the same time many are compelled to enter Offices and Warehouses; and with a view to assisting such children, special classes have been arranged in book-keeping and shorthand, for both boys and girls.

The Carpentry and dresscutting Classes have been increased in size and sub-divided into two divisions, elementary and advanced. another important branch of technical Work has been organized, namely a Laundry Class for girls…

Here are the rest of the officers: 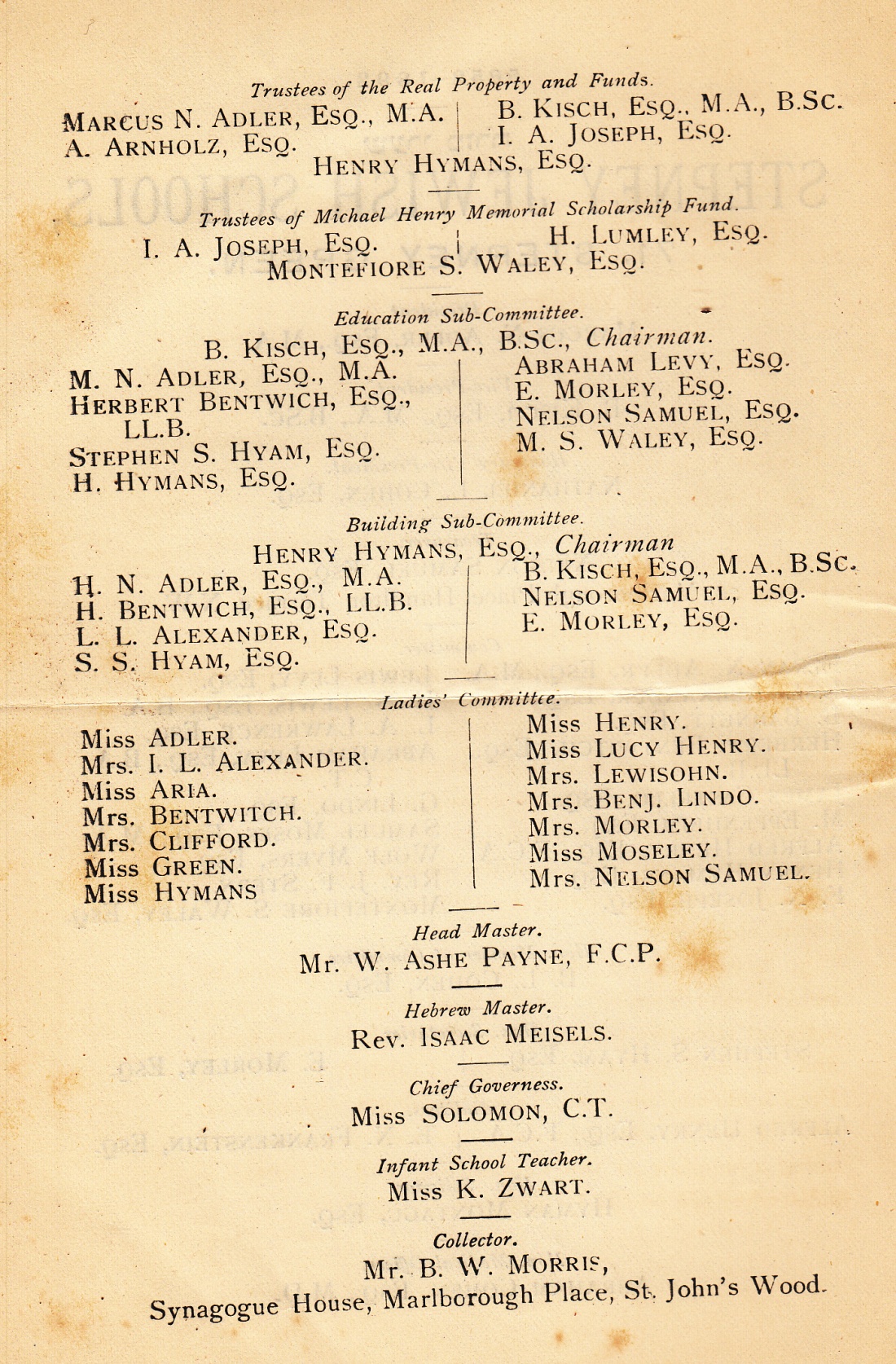 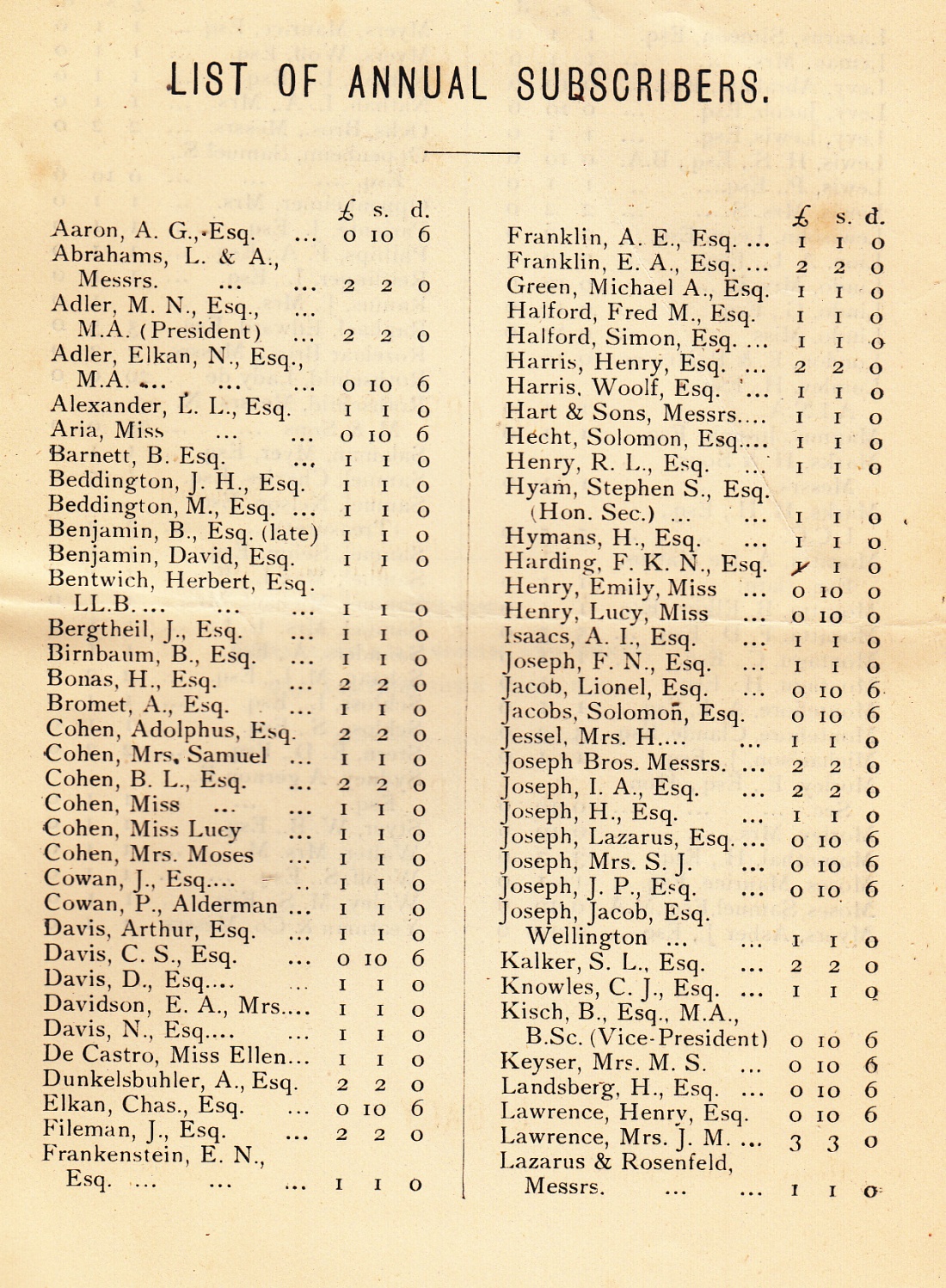 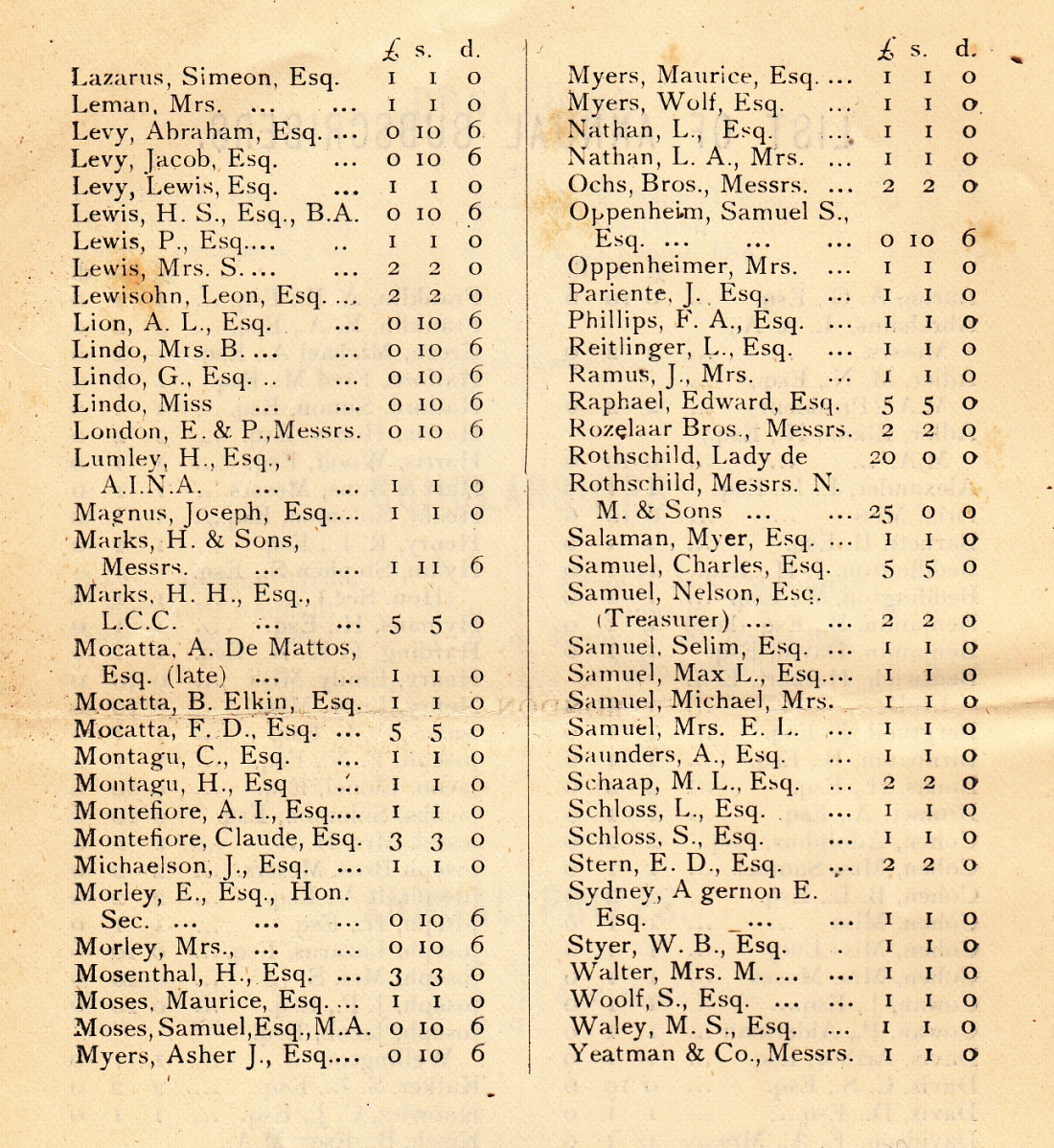