Kingsbury is a suburb of London on the opposite side of the Edgware Road from Hendon.  Jews started moving into Kingsbury in the 1930s, and the embryonic community, as yet without a building, formally joined the United Synagogue in 1936.  Eden Lodge, an early Victorian house, was acquired during the War and a first Synagogue was erected in 1947. The Jews of Kingsbury formed a Building Committee and after several years of fundraising, were able to erect the present handsome building in 1967.  This is the Order of Service, recording the Consecration of the New Synagogue – and I have a copy because I was there.

The Sifrei Torah (Scrolls of the Law) were carried into the Synagogue and then three times around the inside of the Synagogue, following which all but the one carried by Dayan Swift was placed in the Ark.

The Dayan recited the prayer for the Queen and the Royal Family, followed by the Prayer for the Welfare of the State of Israel, and then placed his scroll in the Ark.  This was followed by Mincha (afternoon prayers), and then Scriptural verses read by Rabbi Hool and a Consecration address by Dayan Swift.

Here are the names of the Building Committee at the time of the Consecration: 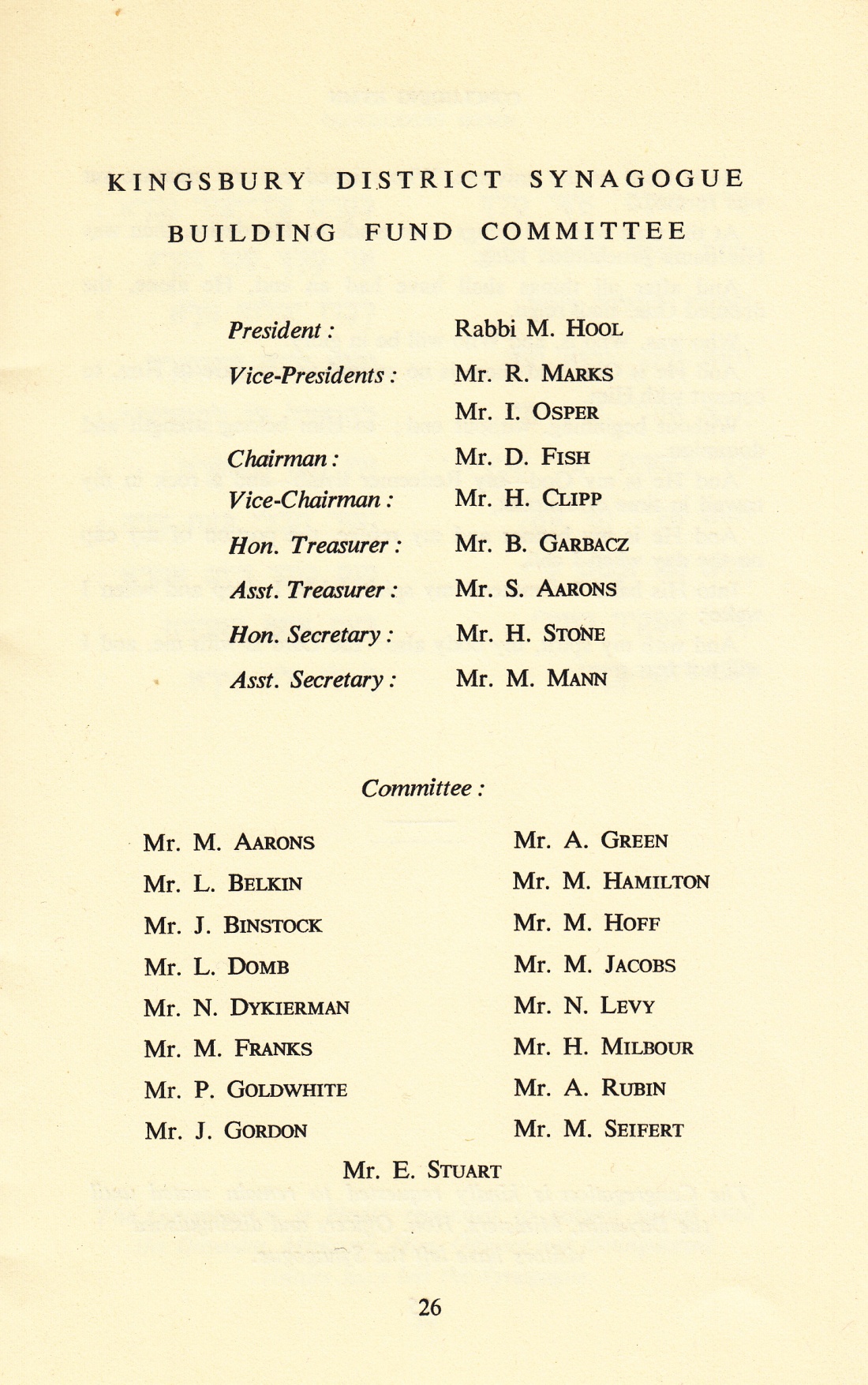 And here are the officers of the Synagogue: 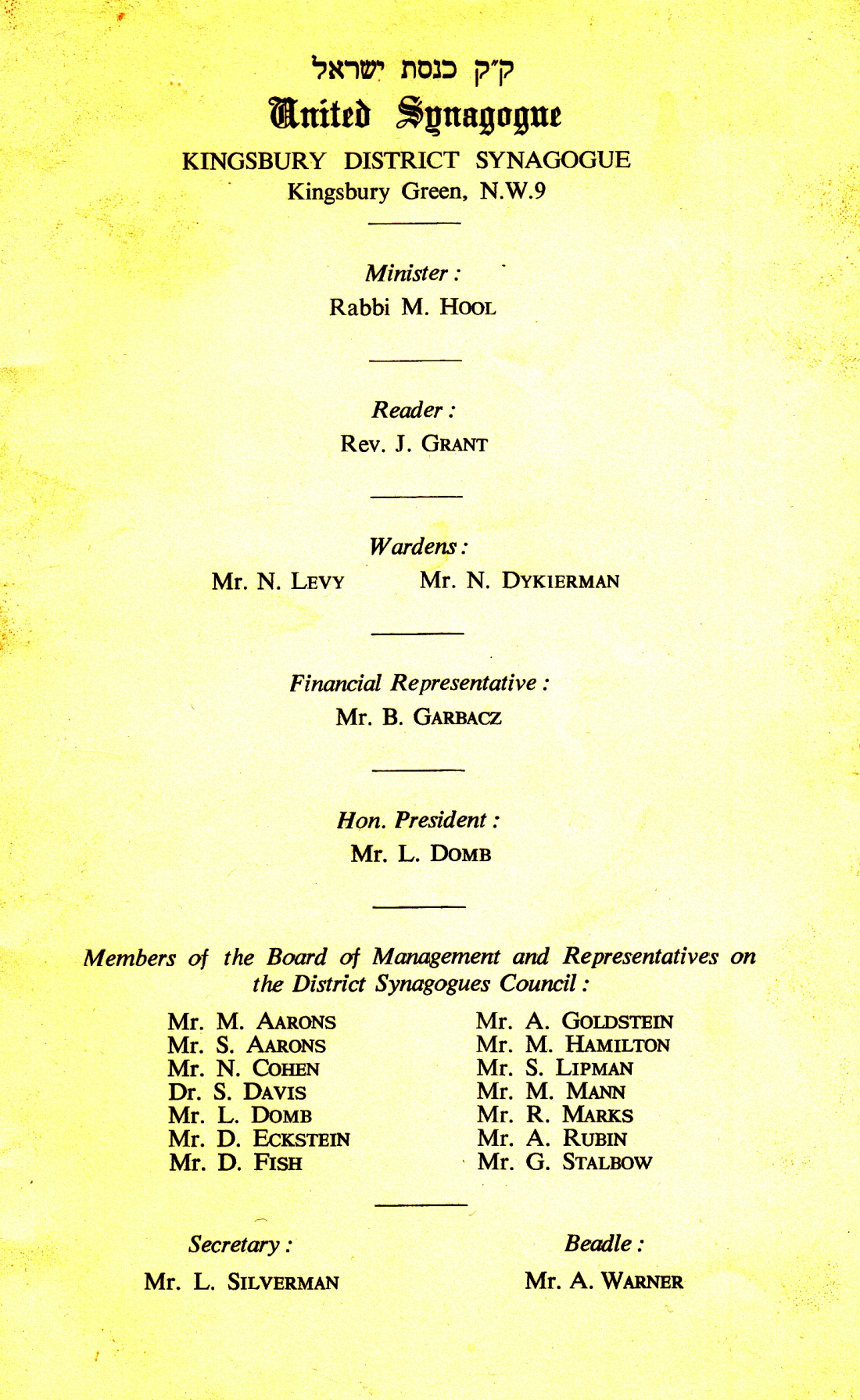 If you want to know more about Kingsbury Synagogue, see: http://www.brijnet.org/kingsyn/index.htm