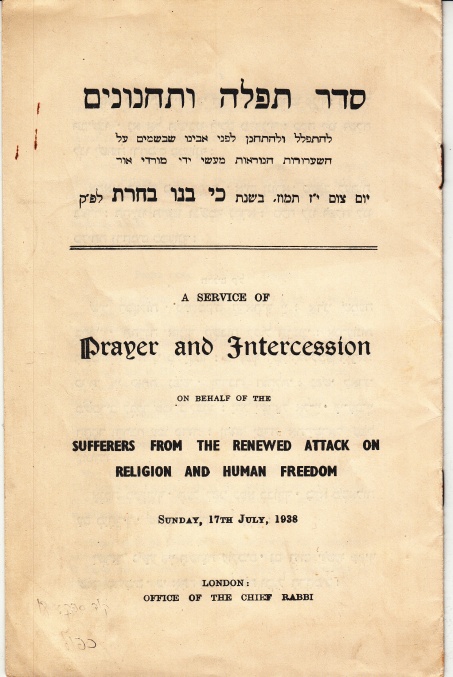 This little booklet was published by the Office of the Chief Rabbi for the fast of 17th Tammuz, on Sunday 17th July, 1938. On this day, this services took place in many British synagogues.

In the historic Great Synagogue in Dukes Place in the City of London (founded in 1790 and due to be destroyed by bombing in 1940), the Chief Rabbi, Joseph H. Hertz gave a sermon:

The Brown Bolshevism of Berlin, like the Red variety of Moscow, has launched a determined offensive against every form of traditional religion, whether in worship, education or social endeavour.  At no time has there been such an unbridled attack on the scriptures. And, most pitiable of all, the souls of German children are poisoned by a new paganism, hardening the heart and petrifying the feelings… “Sanctify ye a fast, call a solemn assembly, gather the elders and all the inhabitants of the Land.” (Joel, 1:14).  It is common knowledge that as soon as it was announced that a service of Intercession and Prayer would be held that day in the Synagogues of the Empire, the religious heads of the Anglicans and the Free Churches resolved to make the Jewish sorrow their own. 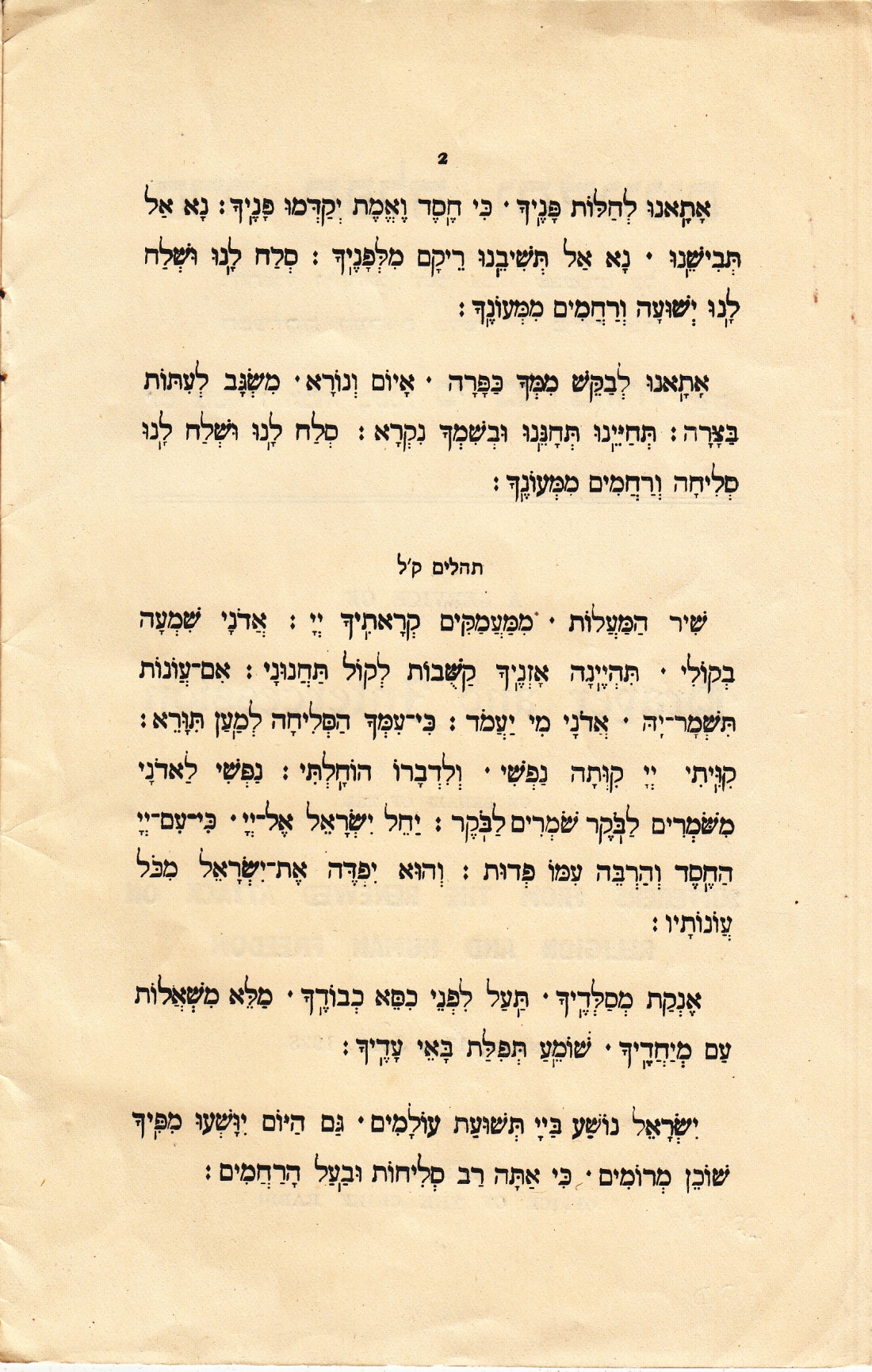 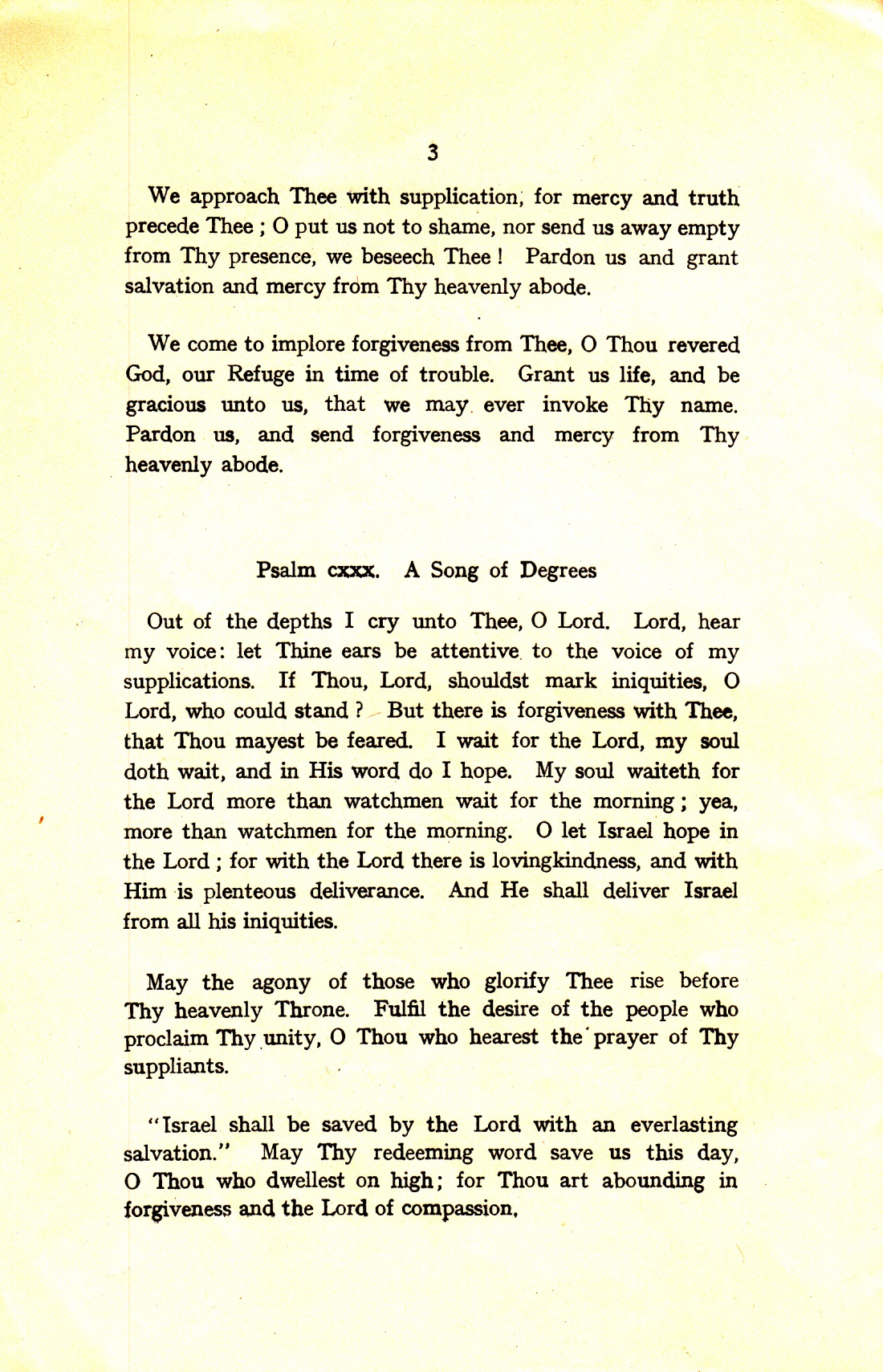 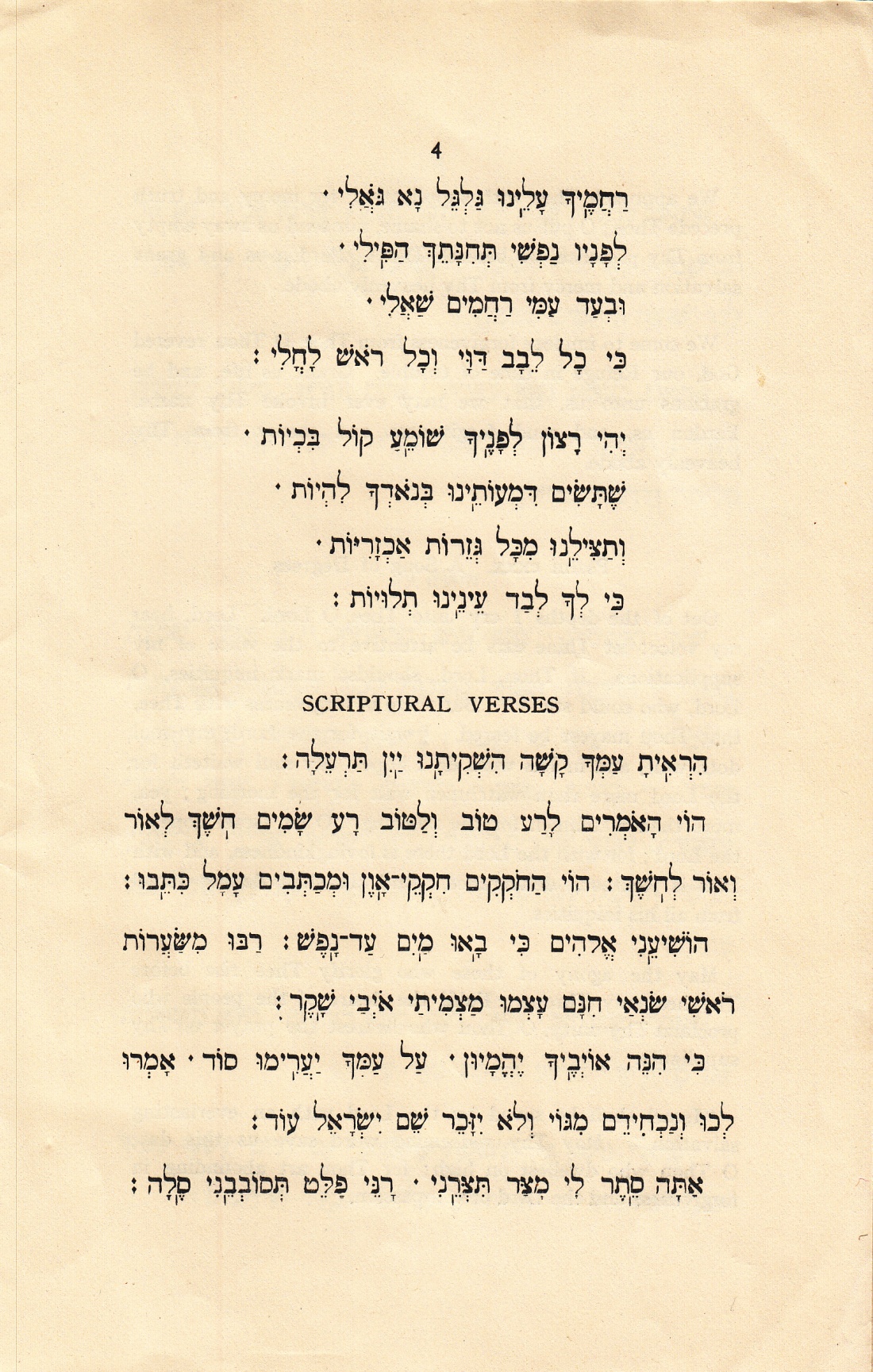 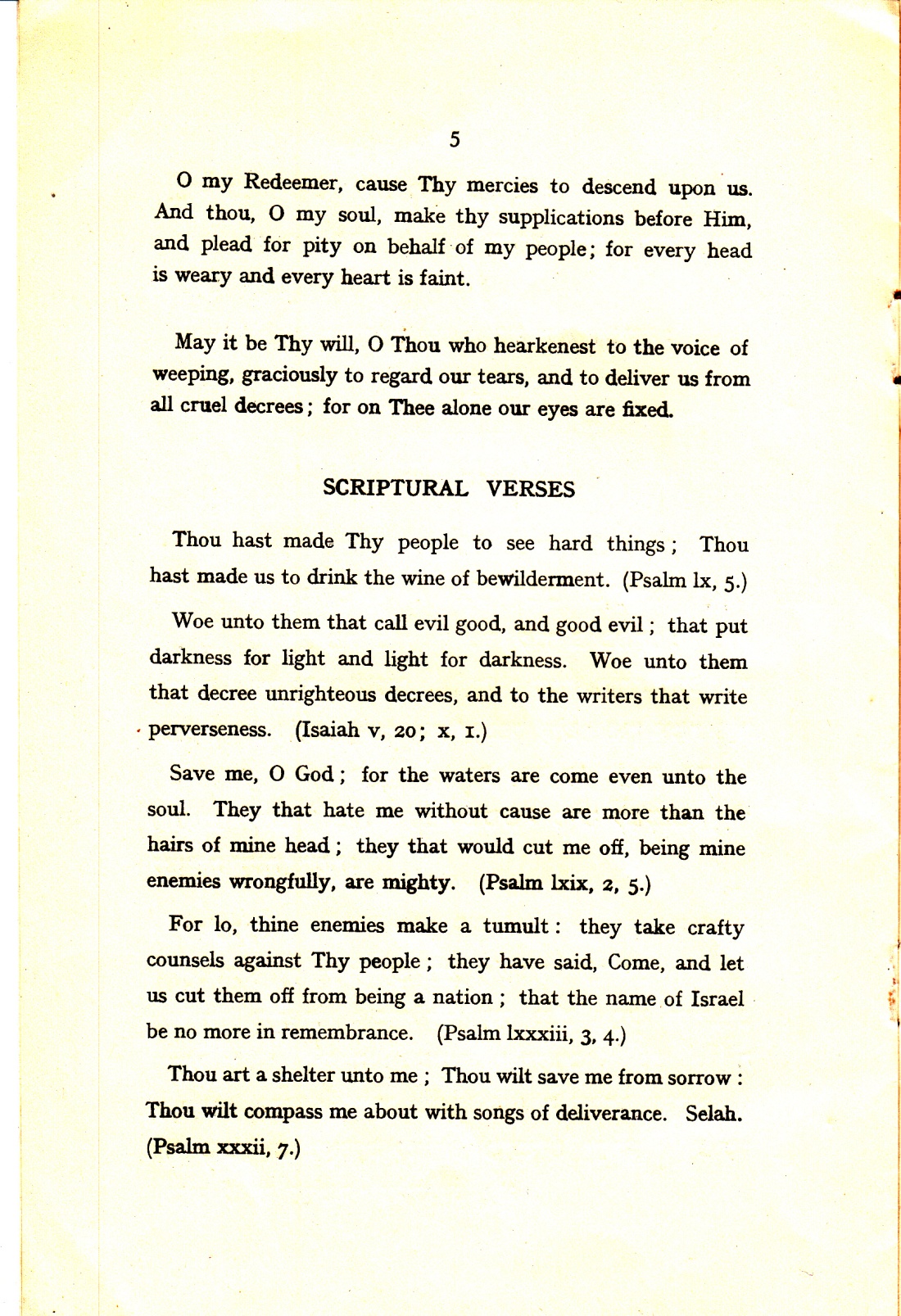 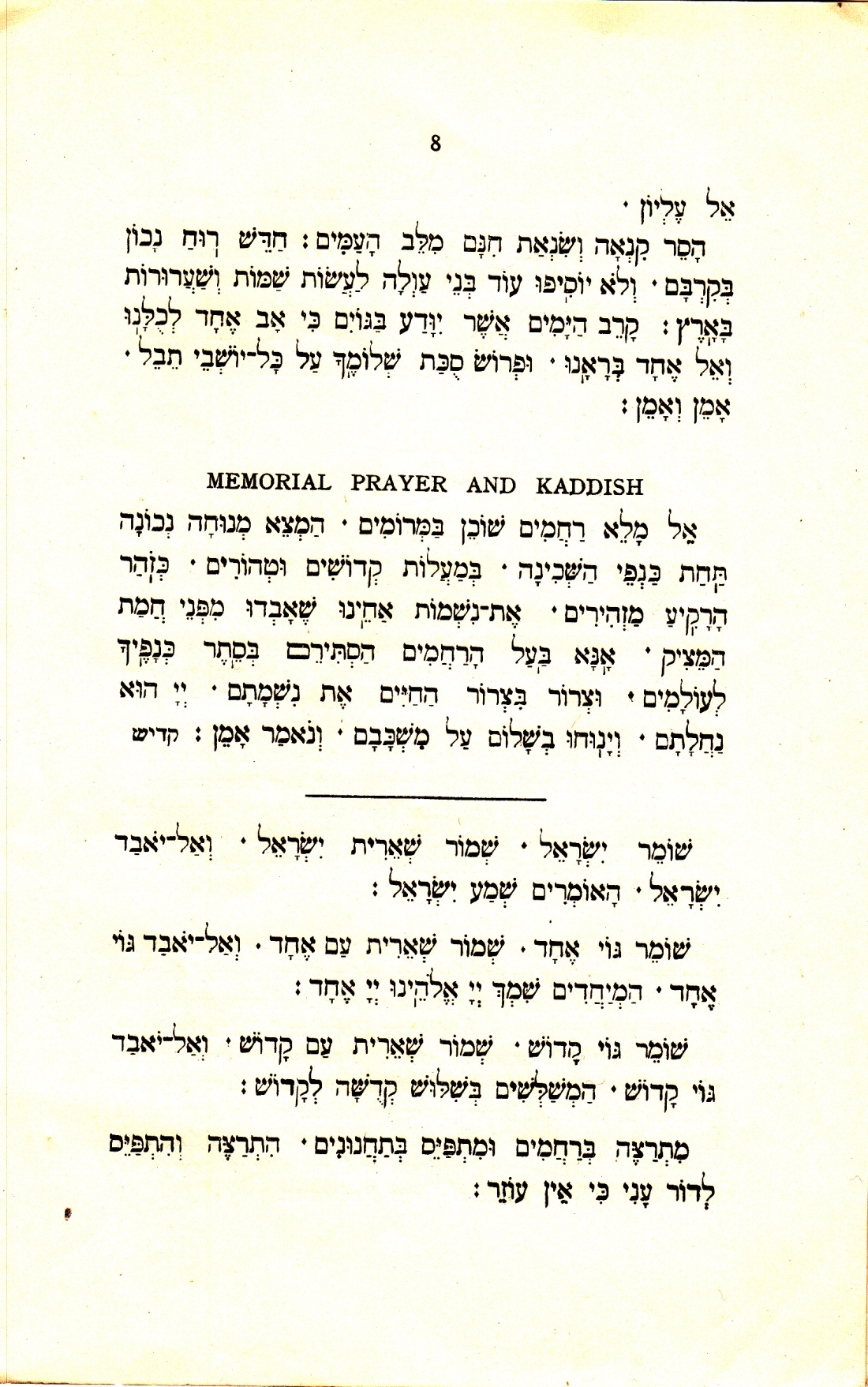 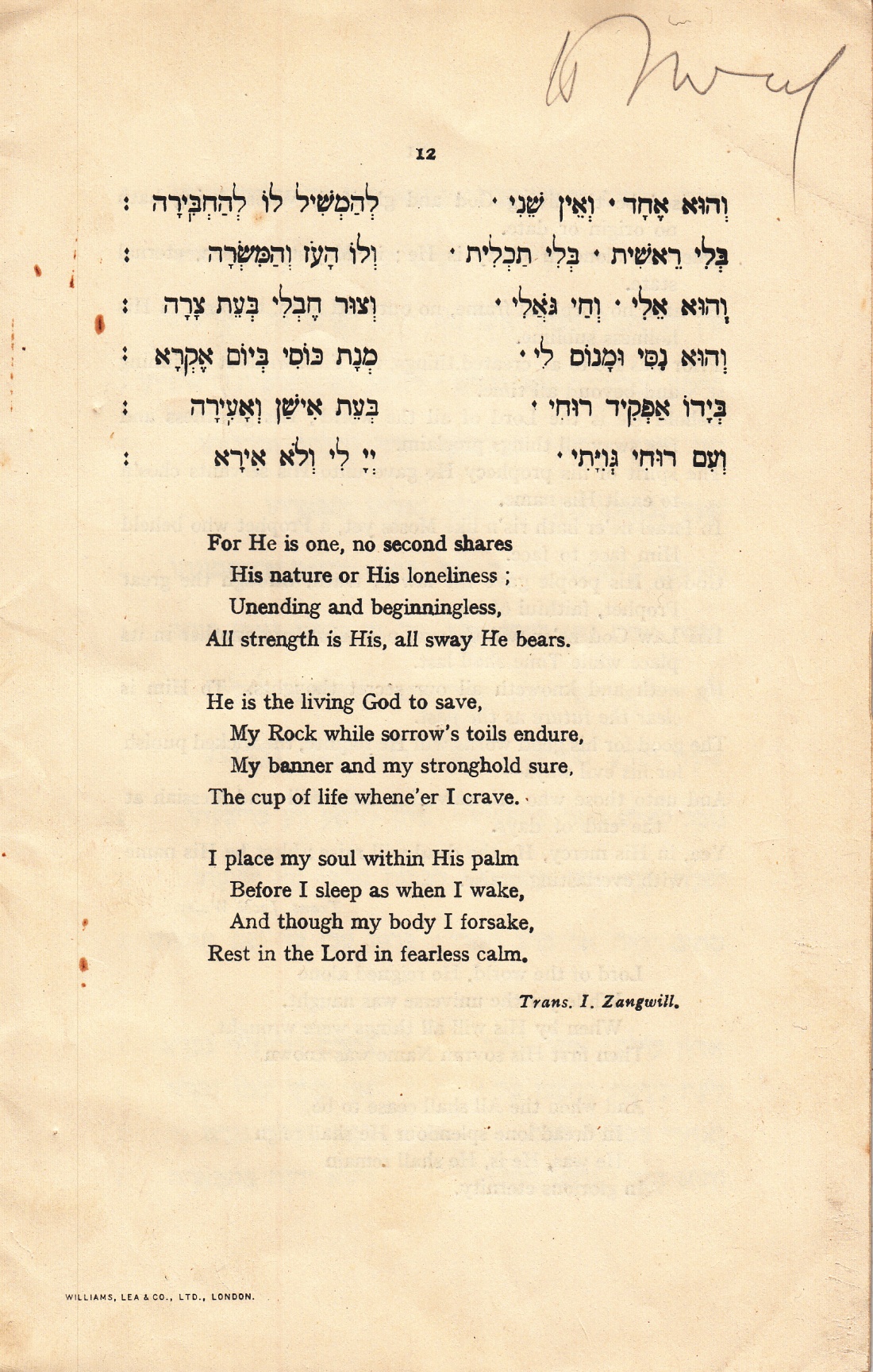