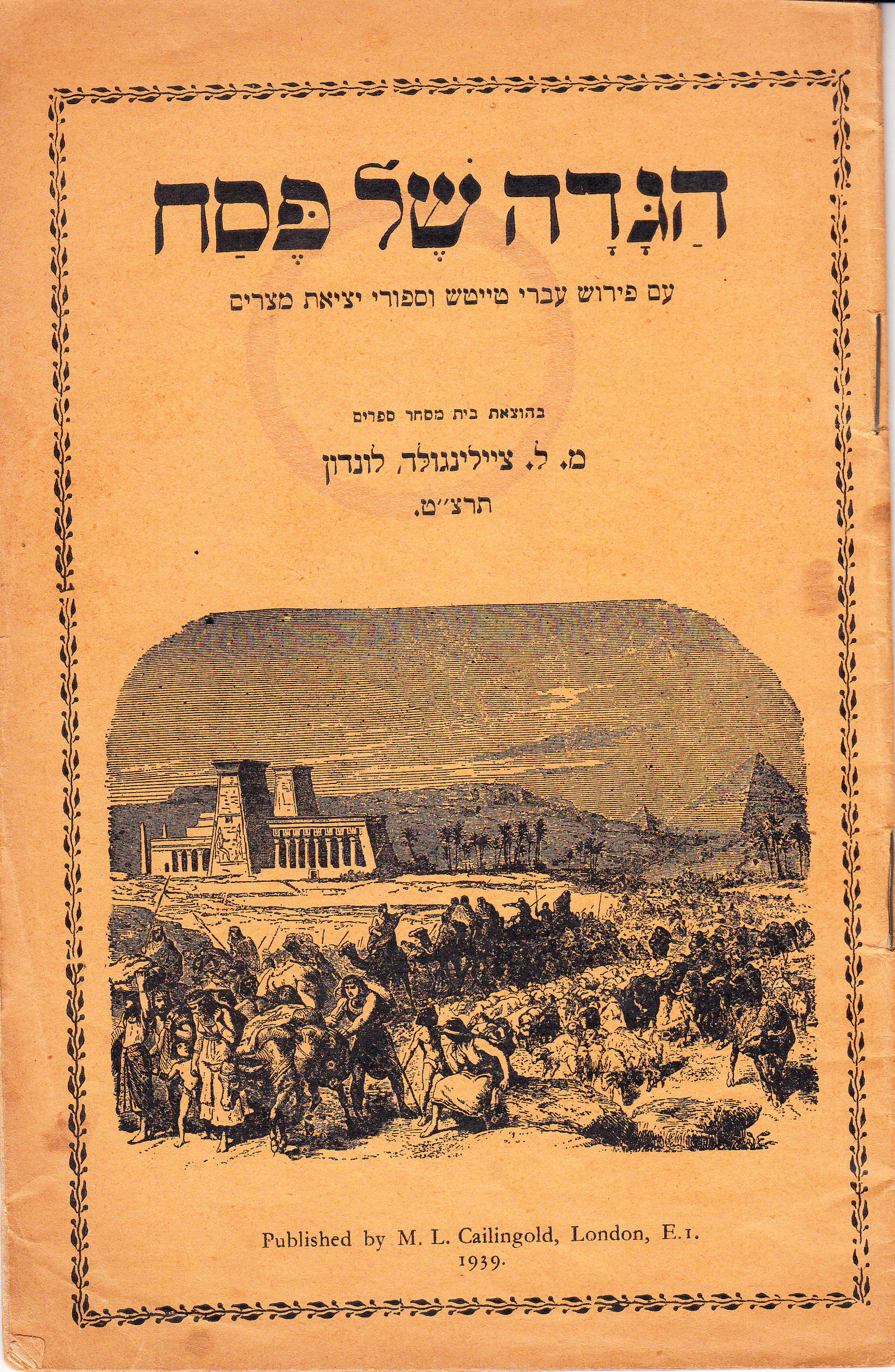 Here is another interesting British Haggadah.  It was published in London by M. L. Cailingold in 1939 and apparently sponsored by Lloyd Rakusen and sons (see the last image below).

M. L. Cailingold was owned by Moshe Leib Cailingold (pronounced Tzailingold) who came from a bookselling family in Warsaw and died in 1967. He arrived in England in 1920 to establish a branch of the family business and opened a shop in Old Montague Street.

He seems to have been particularly active in the 1930s, and I have several books published by him, including:
El-Ami by Rabbi Moshe Avigdor Amiel,
The musical notes for Megillas Esther by Rev. Perlsweig, and Maarche Shmuel by Rabbi Samuel Menachem Brod of Hull.

Click here for an interesting article about Moshe Leib Cailingold and other booksellers by Paul Shaviv on the Spitalfields Life website.

The three illustrations in the Haggadah are strikingly in three entirely different styles, apparently by three different artists.

There is no English translation here – this Haggadah is intended for the Jewish immigrants of London who had arrived between 1880 and 1939.  The format is copied from other Eastern European Haggados.  The instructions are in Yiddish, as are the three commentaries, which include those of the Maggid of Dubno, Rabbi Jacob ben Wolf Kranz.  On the last page is an advertisement for Rakusen’s matzos. 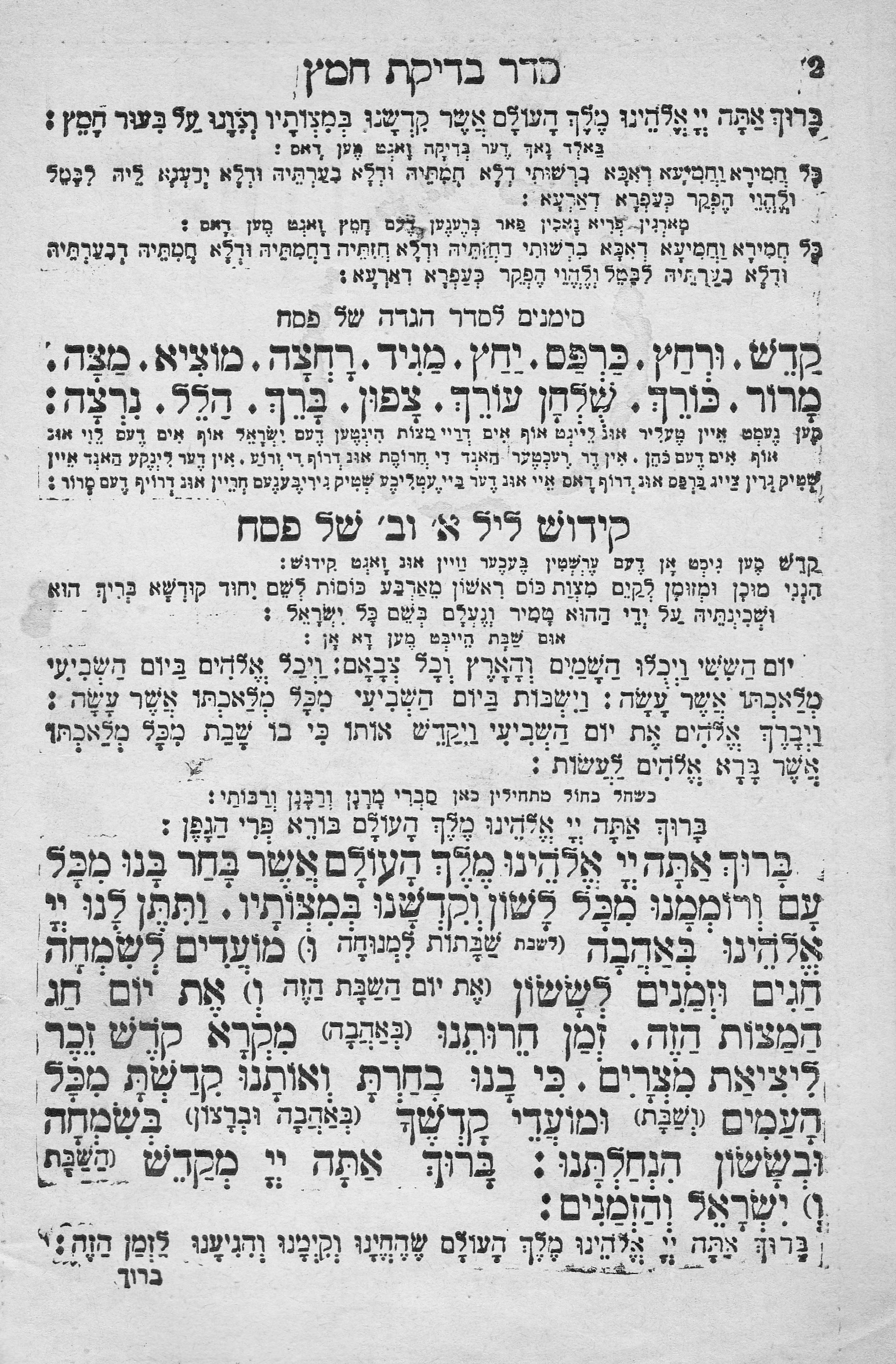 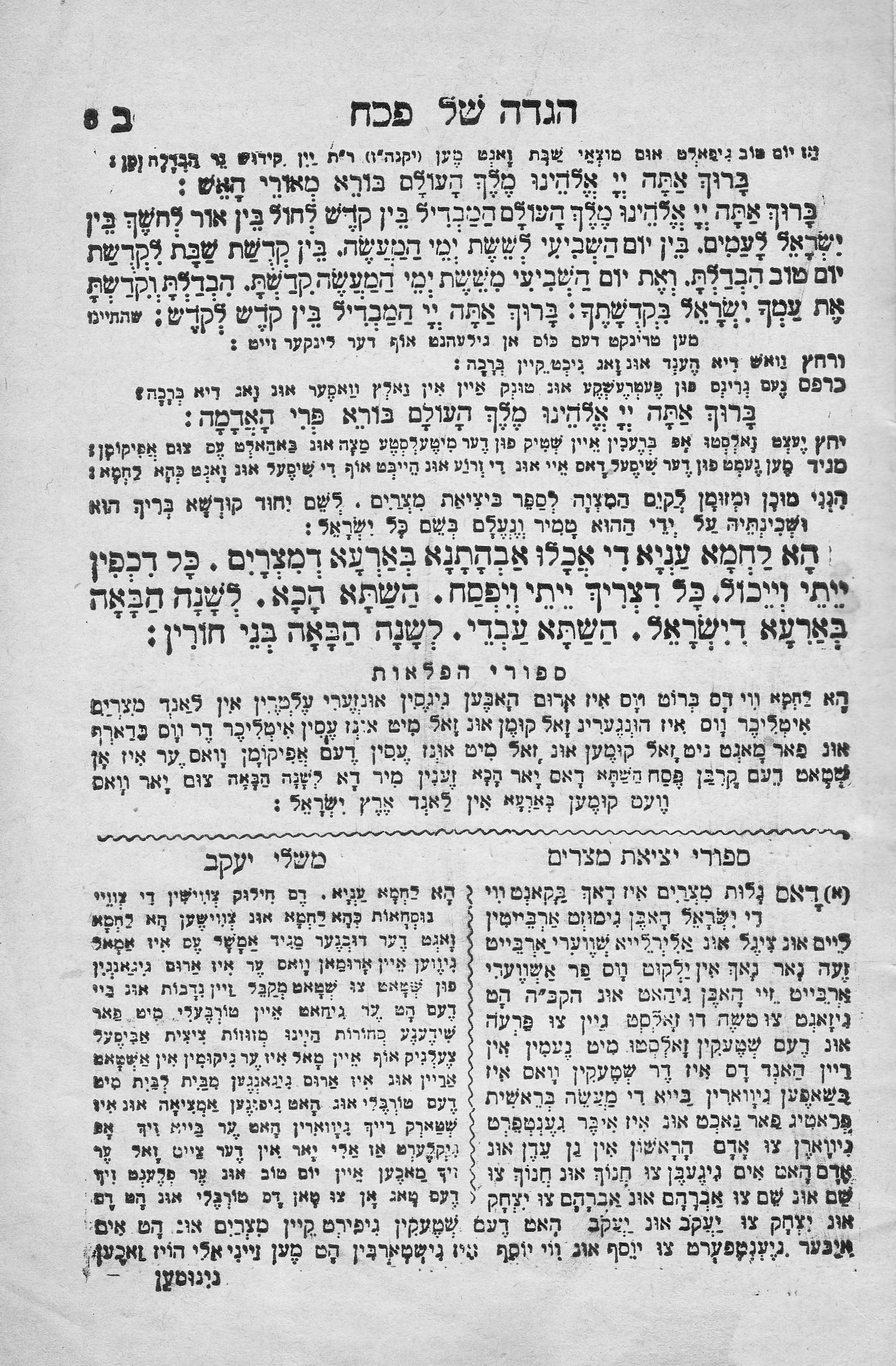 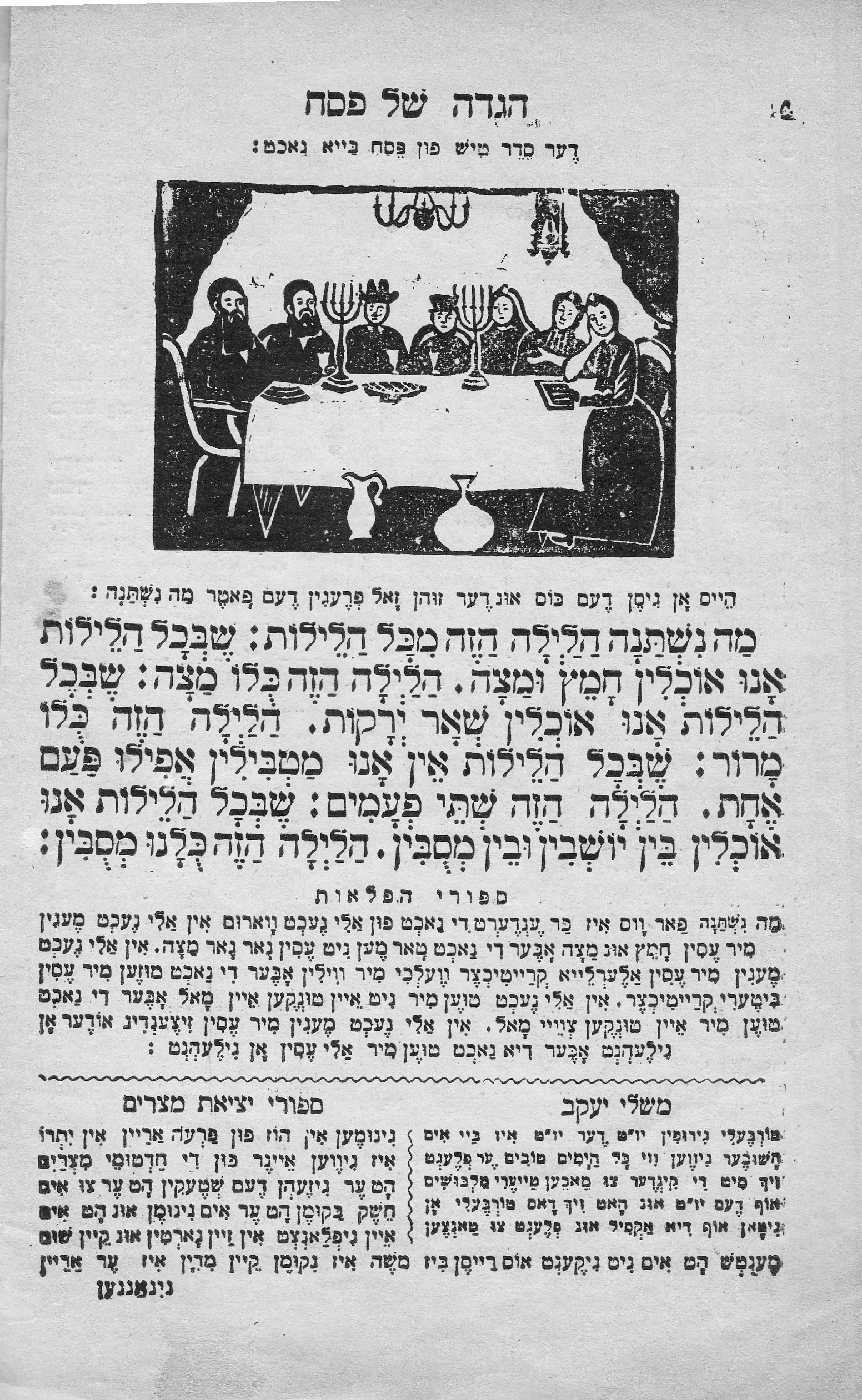 The illustration for the four sons, below, is particularly striking. 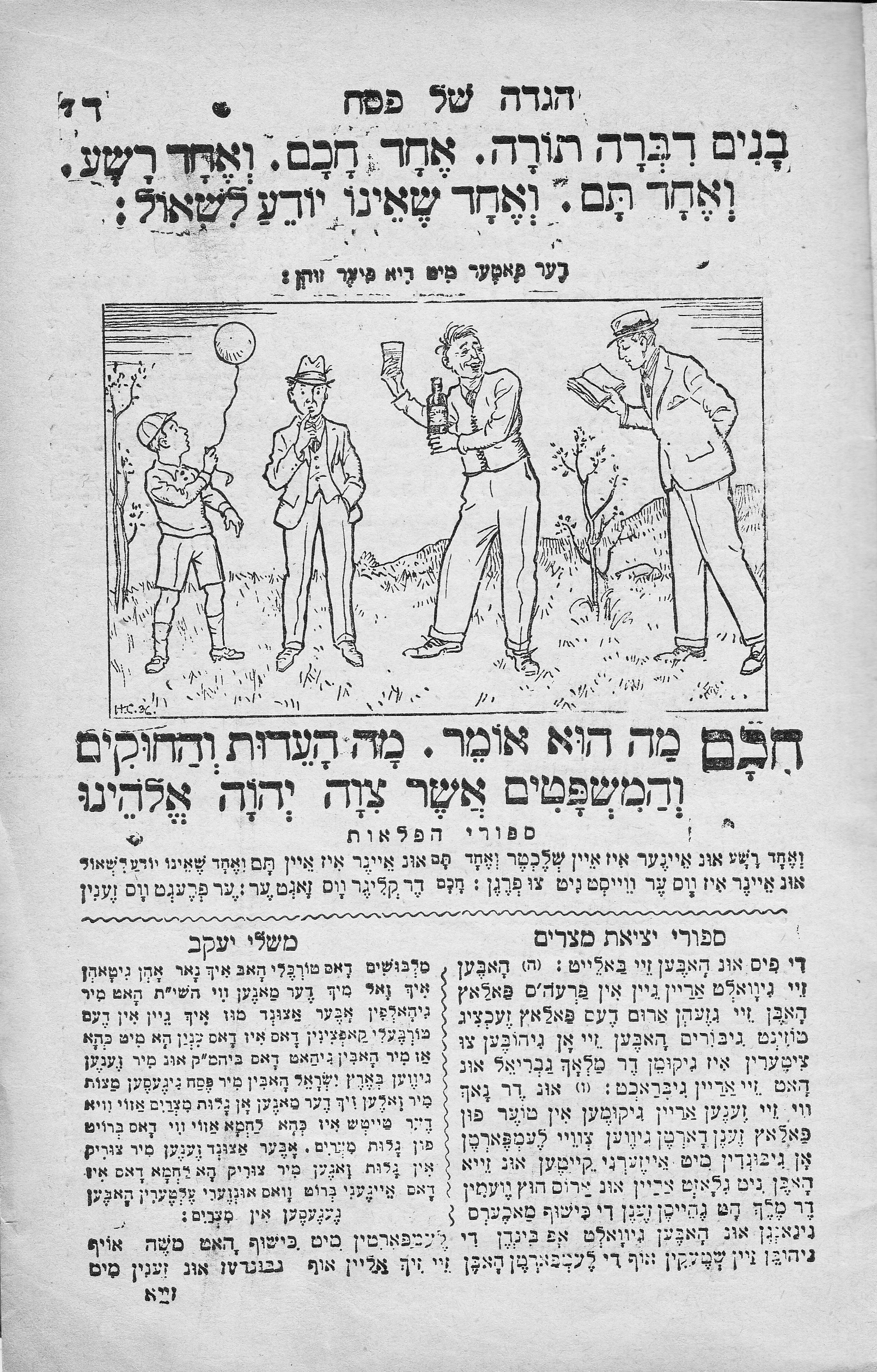 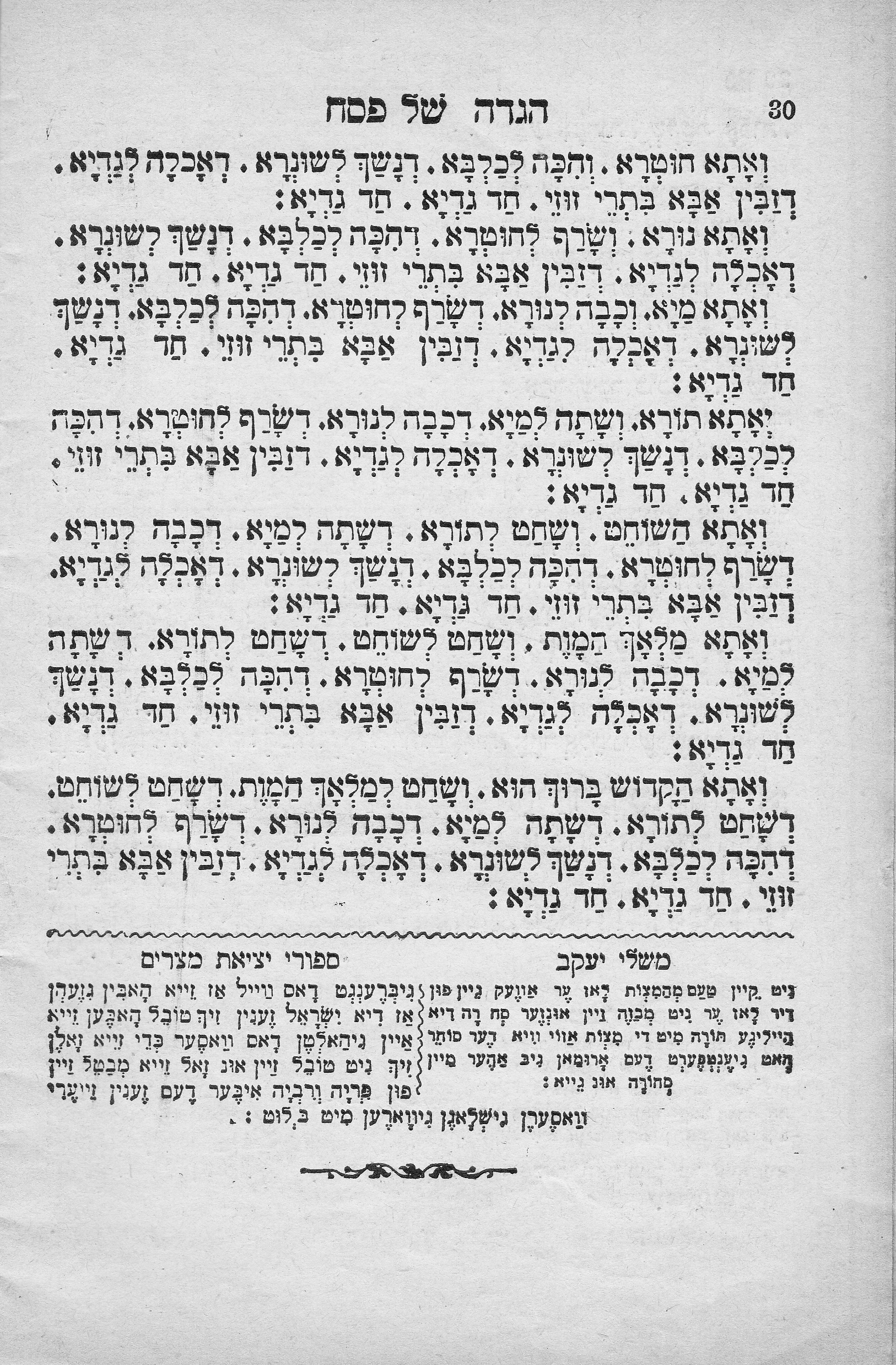 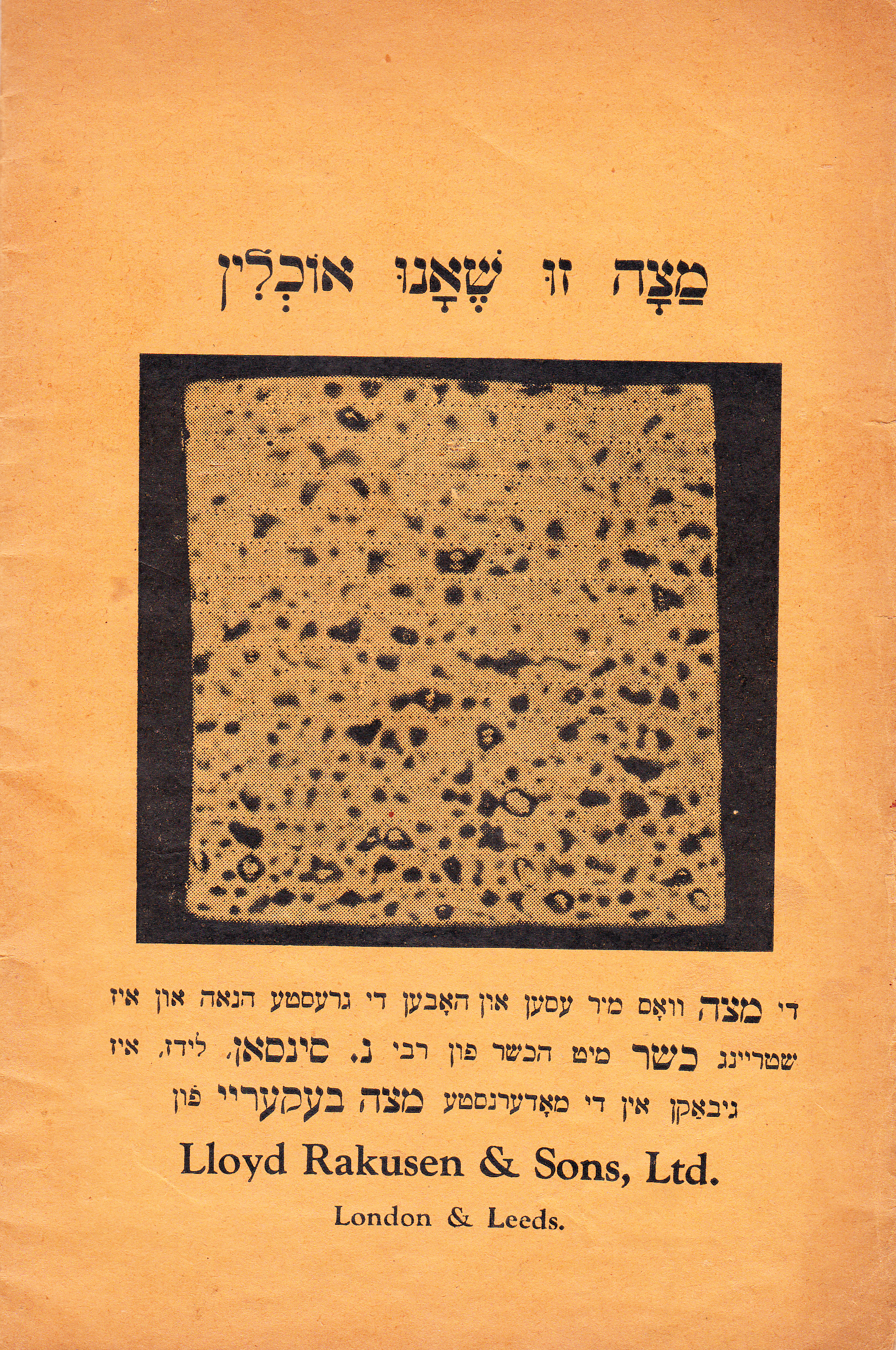