Or, to give the full title: The Book of Esther Arranged With The Traditional Cantilation and Punctuation By The Rev. A. PERLZWEIG With Prefatory Note by THE REV. DAYAN H. M. LAZARUS.

Reverend Asher Perlzweig (1876-1942) was born in Kamenetz Podolsk in the Ukraine in about 1876. He studied composition in Vienna and in London under Dr. Prout. He was elected Chazan of Vine Court Synagogue in the East End of London in 1896. He became the Chazan of the Finsbury Park Synagogue in 1904. Among Rev. Perlzweig’s published compositions are Kol Nidre (1904) and his first book, Manual of Neginoth, which was published by R. Mazin in London in 1912. He was one of the founders of the Association of Chazanim, a gifted composer and choir director. 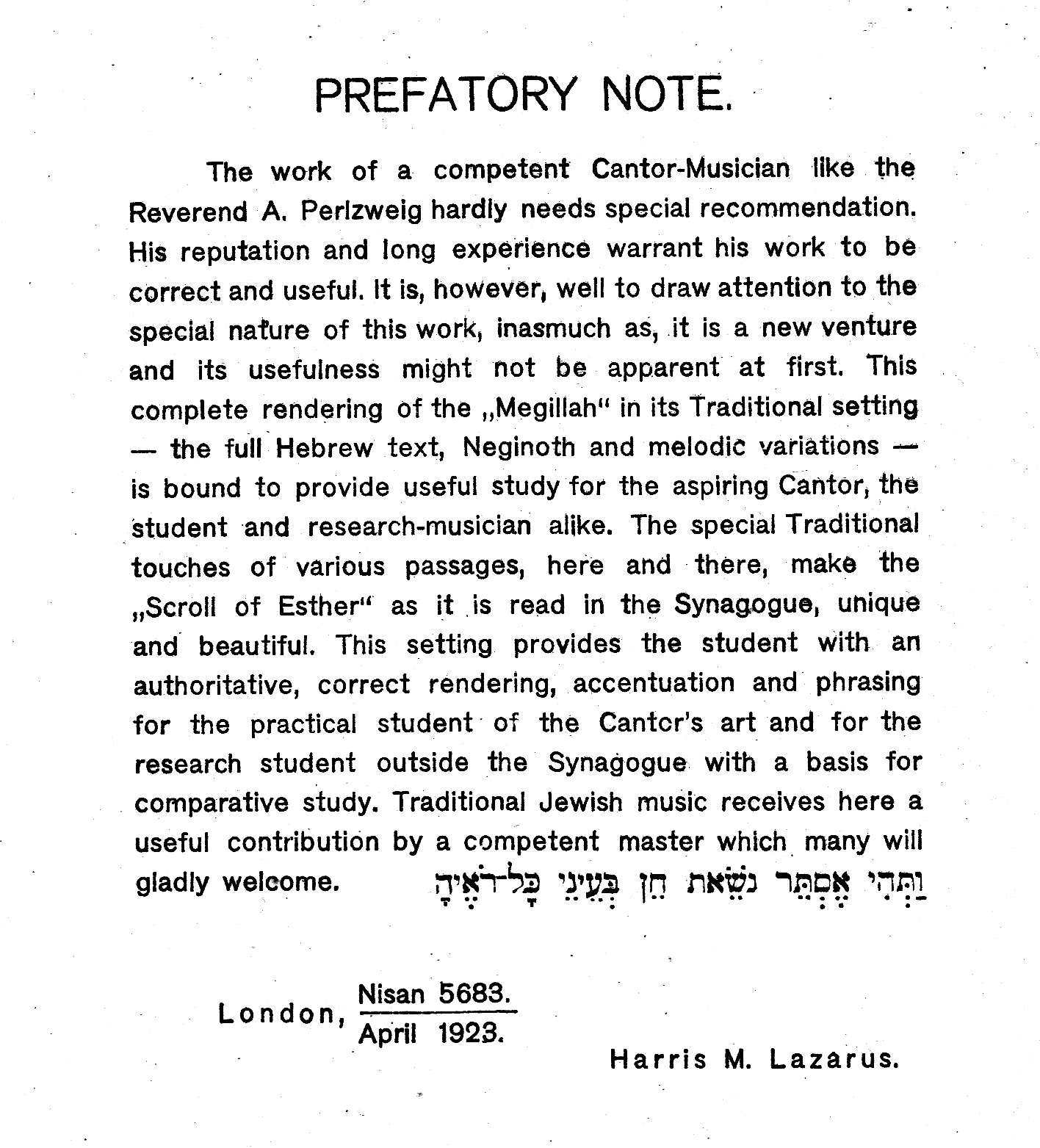 He had some very distinguished, but very different children, including Rev. Maurice Louis Perlzweig who was a founder of the World Jewish Congress, and later Director, in New York, of its International Affairs Department and its representative at the United Nations, and H. W. Perl, the artist and book illustrator.

This is the second edition – the first was in 1923 – and was printed in Vienna for the London Jewish bookseller M. L. Cailingold. The book is dedicated to Moses Gaster – the Chacham (Chief Rabbi) of the Sephardi Jews in England, who was also Asher Perlzweig’s daughter’s father-in-law. It has an introductory note from Dayan Lazarus.

It is a full Megilah including musical notes. Unlike normal music, the music reads from right to left, so that the notes line up with the Hebrew text. 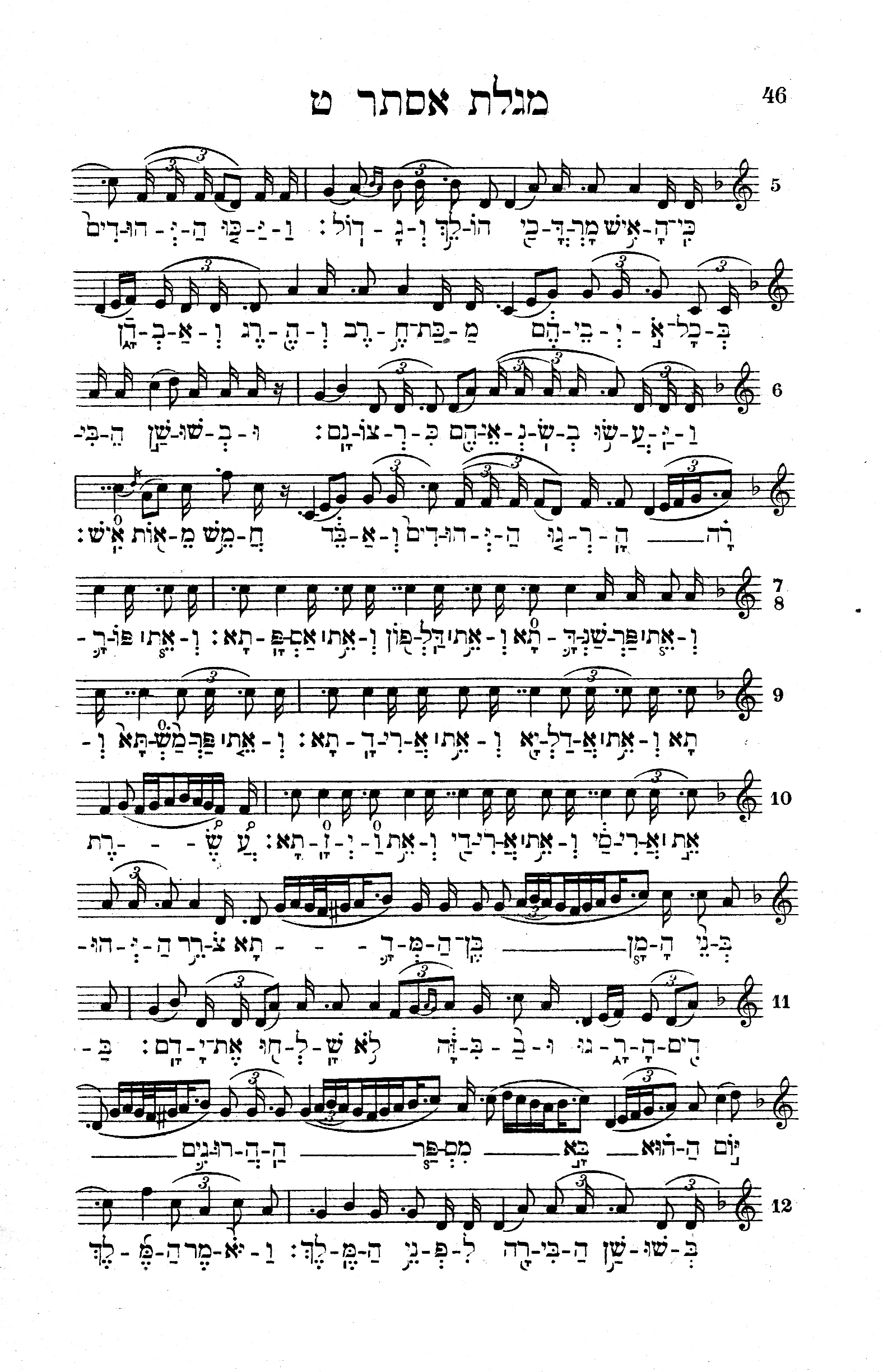 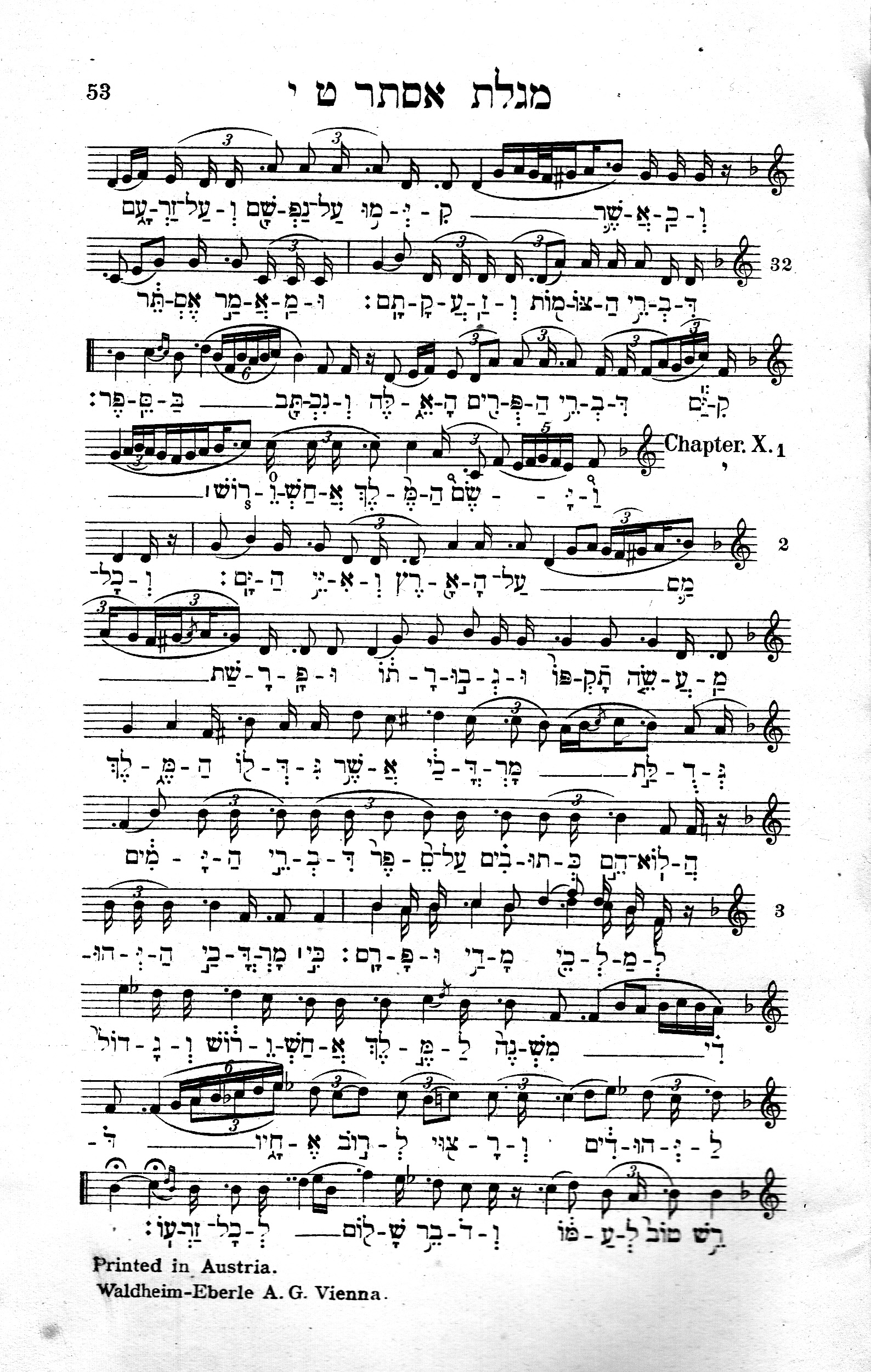 One thought on “Megillas Esther – The Book of Esther, by the Rev. Asher Perlzweig, London 1932”