Rabbi Mordechai Zvi Schwartz (1883 – 1962) was born in Sirte (Szurte, Hungary) and came to London before the First World War.  He was the Rabbi of the Mile End and Bow Federation Synagogue, and this book was published in 1917 and printed by the Narodiczky Press.  I have a family connection.   My great-grandfather, Marks (Boruch Meyer) Maidart, built a Mikvah in Maplin Street, Bow, and I have a photograph of the building taken in 1917 which has a sign saying that the Mikvah is under the supervision of Rabbi Schwartz and Rabbi Meir Jung.

In 1920 he became Rabbi of the Central Synagogue of Hull in Yorkshire.  The synagogue on Cogan Street in Hull was the former Salem Congregational Chapel which was converted to a synagogue about 1906, with the approval of Rabbi Daiches, the Chief Rabbi of Leeds.

In 1928, it was discovered that there were Christian burial vaults under the synagogue and Rabbi Schwartz suspended services.  The trustees of the congregation declined to act upon the recommendation of Rabbi Schwartz who demanded that the building be closed but appealed to the Chief Rabbi, Dr. Joseph H. Hertz, for decision. Rabbi Schwartz moved to the United States, where he served as a Rabbi in Ohio.  The synagogue was destroyed by a German bomb in 1940.

The book consists of model sermons for various occasions on various topics.  It has haskamas (approbations) of some of the most important leading Rabbis of the day, starting with Rav Kook, who was Rabbi of the Machzike Hadas community in Brick lane, London towards the end of the First World War: 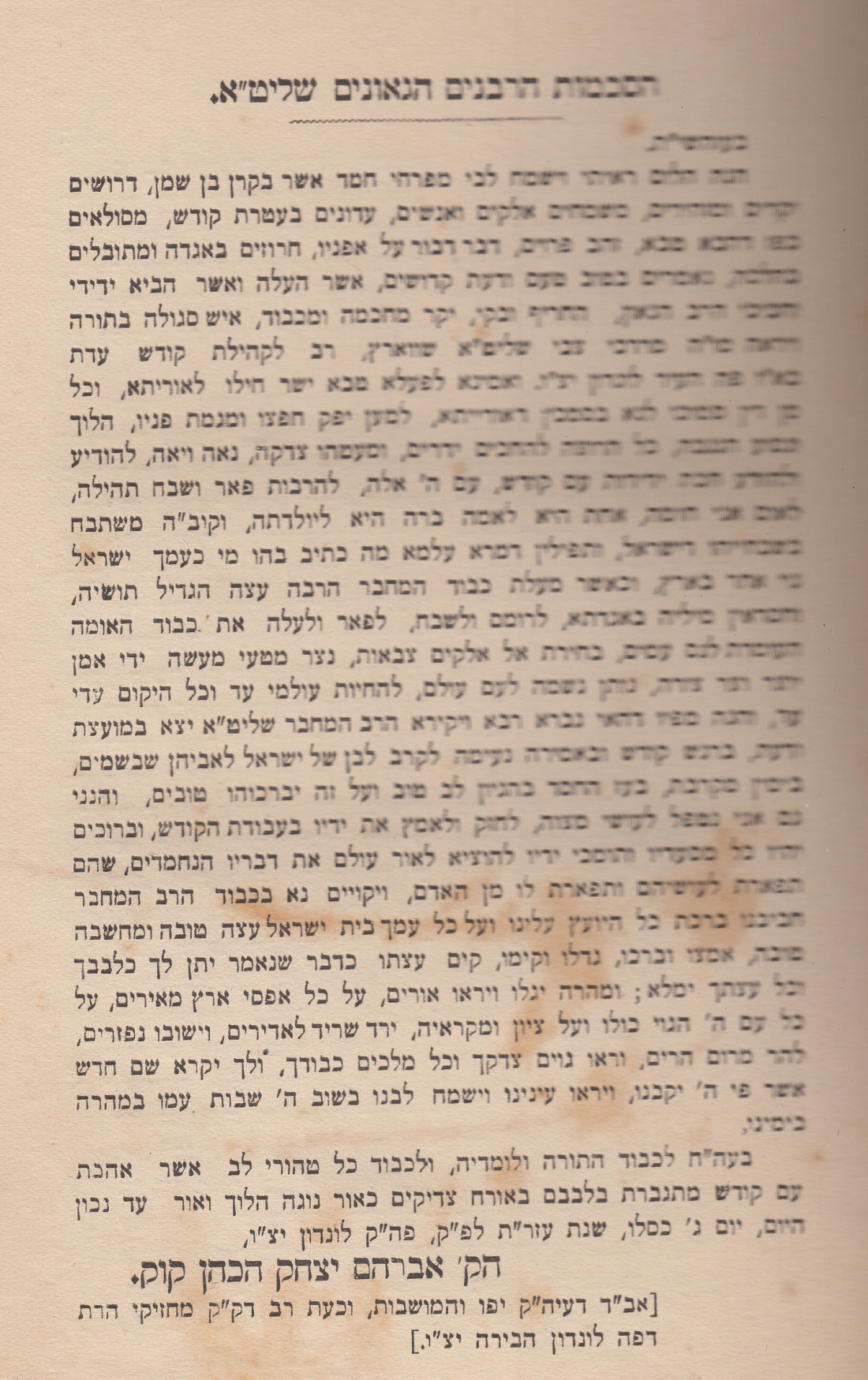 Here are Rabbi Meir Zvi Jung, Chief rabbi of the Federation of Synagogues and Rabbi Shmariyahu Yitzchak Bloch of Sunderland and Birmingham:

This is followed by a letter from Rav Kook, which is an addition to his approbation above: 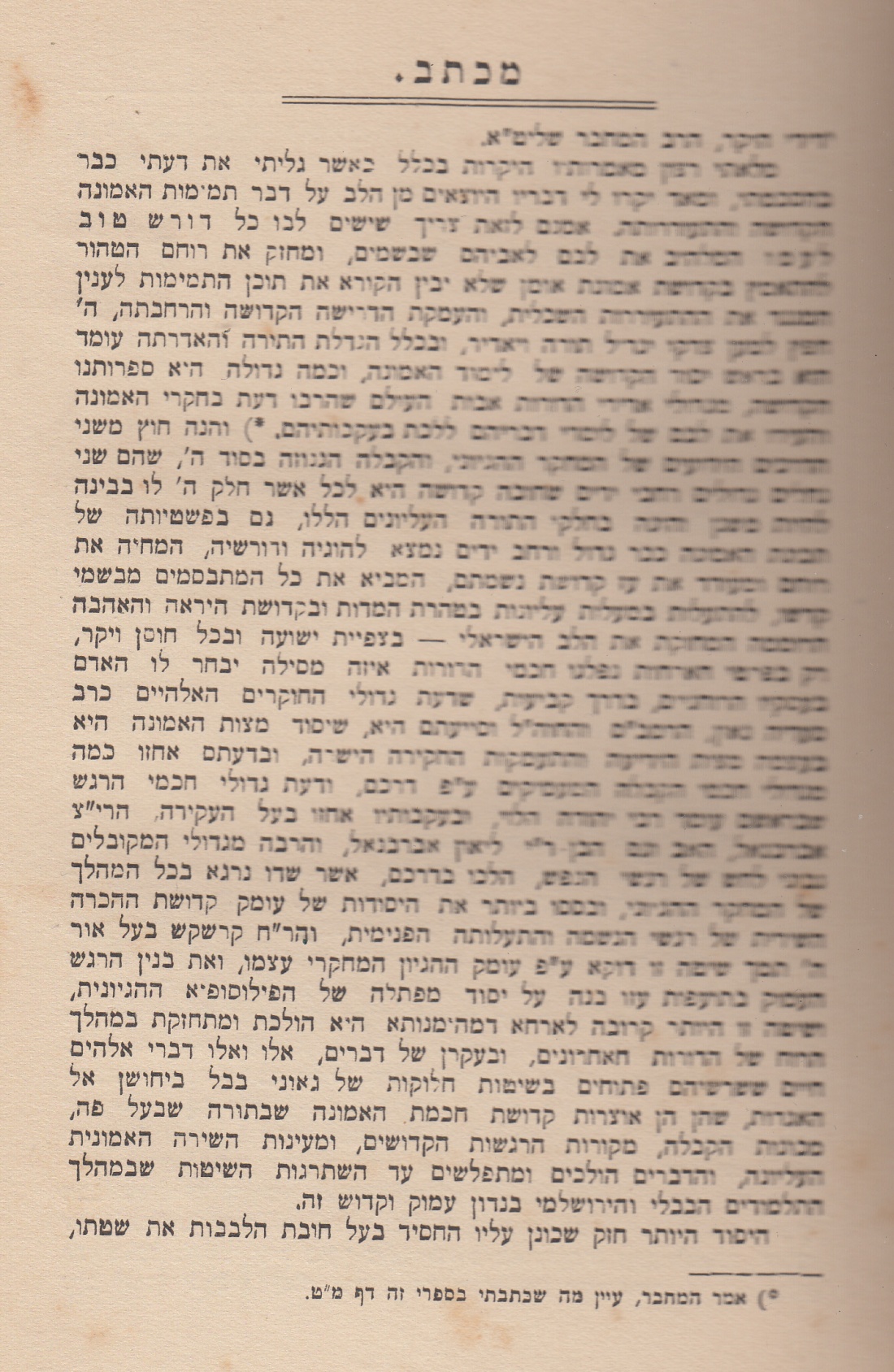 Here is the final sermon in the book: