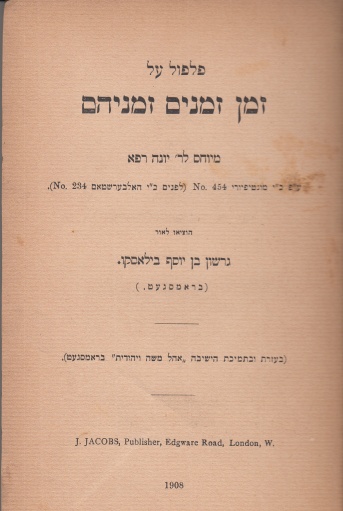 The book itself, which George Belasco edited from a rare manuscript, is an Anti-Christian satire.  The “Haggadah” of R. Jonah Rapa (c. 1380), is a vehement denunciation of the licentiousness indulged in by Gentiles during the carnival.

The Rev. George (Gershon) Simmons Belasco was born in London in July 1868.  He was the son of Joseph Simmons and Sarah Genese, but was left an orphan when both his parents died in 1873, and was brought up in the Bevis Marks orphanage. He was trained in Hazanut by the Rev. Joseph Piperno of Bevis Marks, and was appointed Hazan of the Ramsgate Synagogue founded by Sir Moses Montefiore. 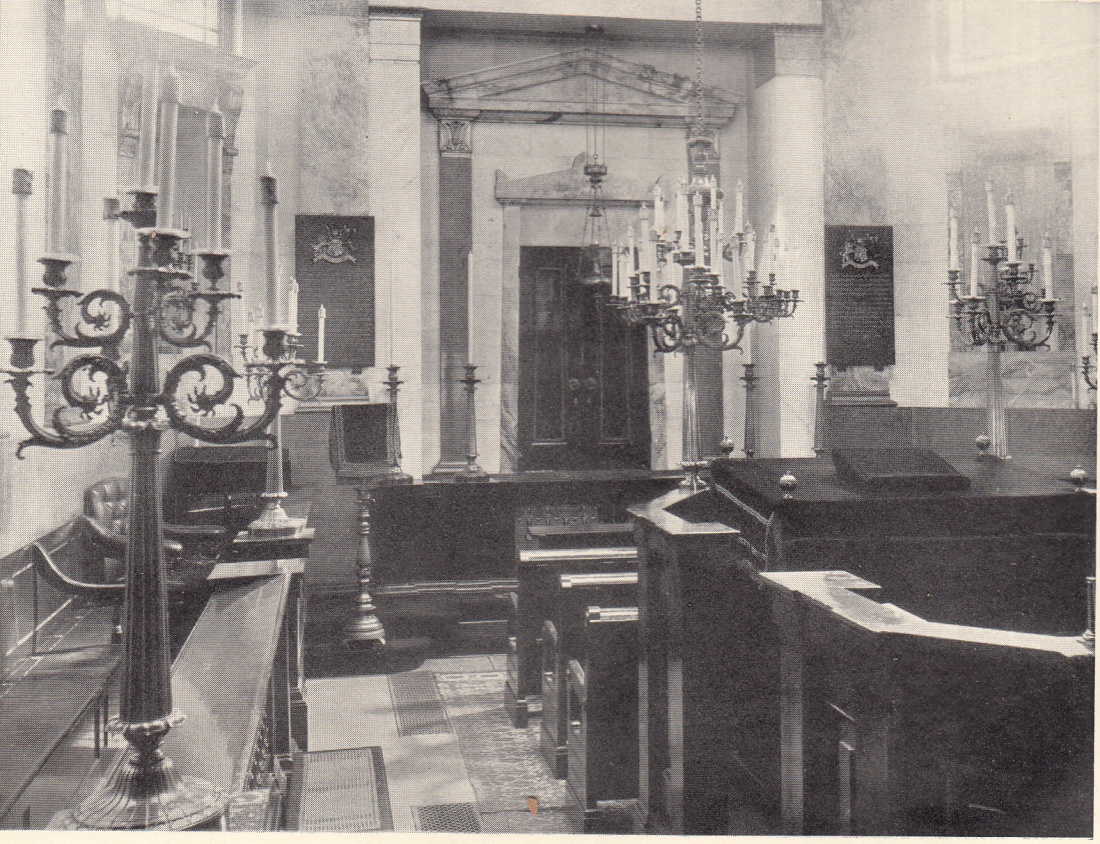 He married Cordelia Jane Nathan in 1892, and they jhad seven children, all born in Ramsgate.  In addition to his synagogue functions he ministered to scattered Jewish communities all over East Kent.  In 1902, when Jewish residents of Margate formed a congregation, he associated himself with this effort and for four years was the Honorary Secretary of the Margate community. He paid attention to small communities at Dover, Maidstone, Whitstable, and Herne Bay. Periodically he visited the derelict synagogue at Canterbury, with a minyan that he would bring from Ramsgate.  In Ramsgate he established the Ramsgate Literary Society, he was President of the local Hebra Kadisha (burial society) and Chairman of the Benevolent Society.  He was a popular lecturer, a member of the Kent Education Committee, the Rotary Club and the Sunday Conference League.

He was also a preacher and a scholar and published a book of his sermons.  George Belasco died in 1924. 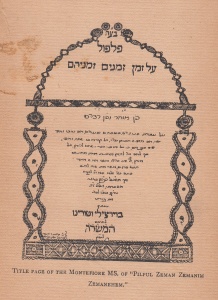 This book was one of two Hebrew books edited by Rev. Belasco, both polemic writings in defence of Judaism.  It was from an original manuscript of the Halberstamm collection in the Montefiore Library.

The English introduction describes the book as most elaborate and states that the original subject of the book was the Pesach Haggadah, changed into a description of carnival revels, ceremonies and processions of Italian cities.

Among the subjects discussed, Zeman Zemanim Zemanehem is concerned with Christian ceremionies, Carnival, Lent, belief in the Madonna, saints, orders of knighthood and Jesuits in China. 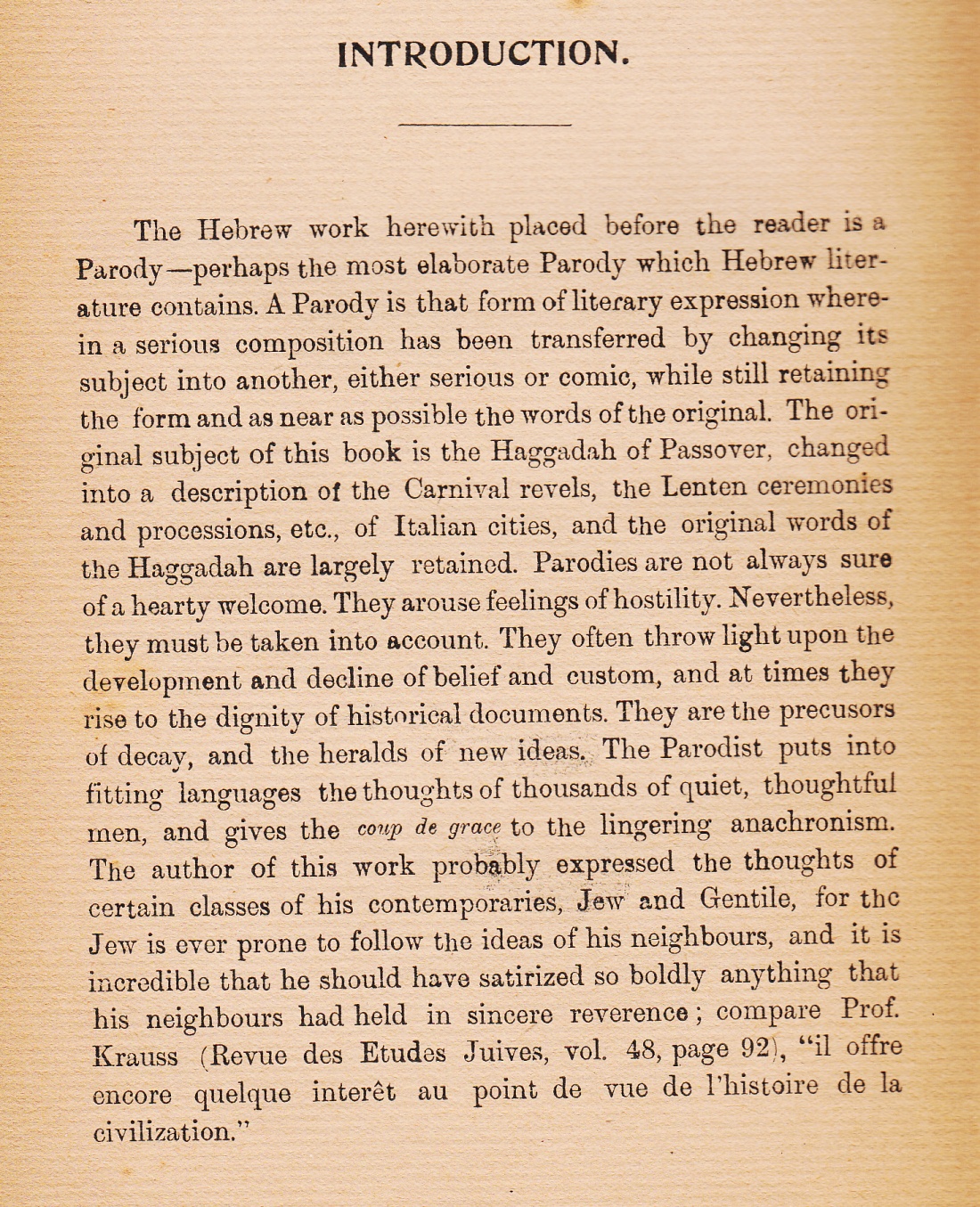 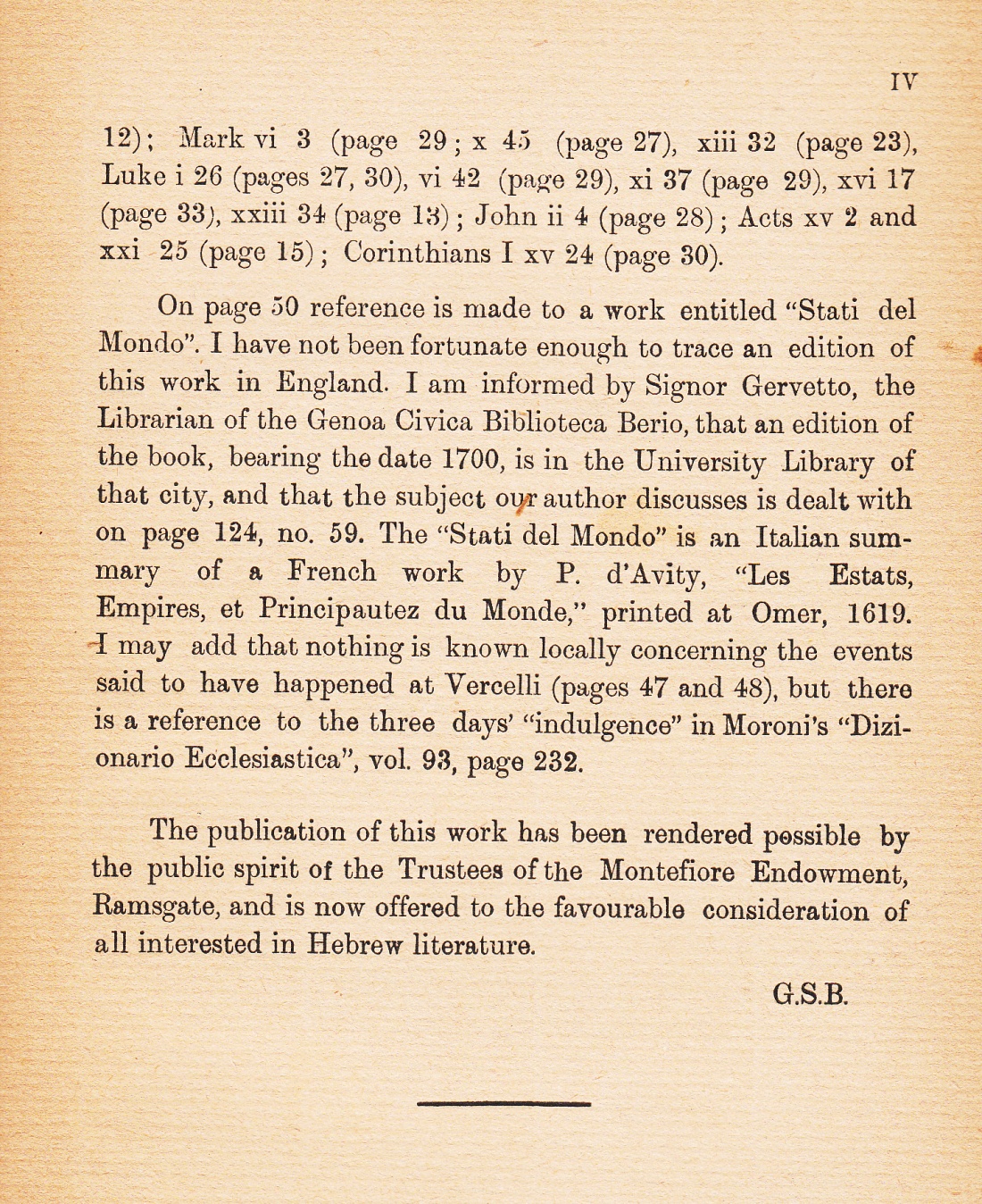 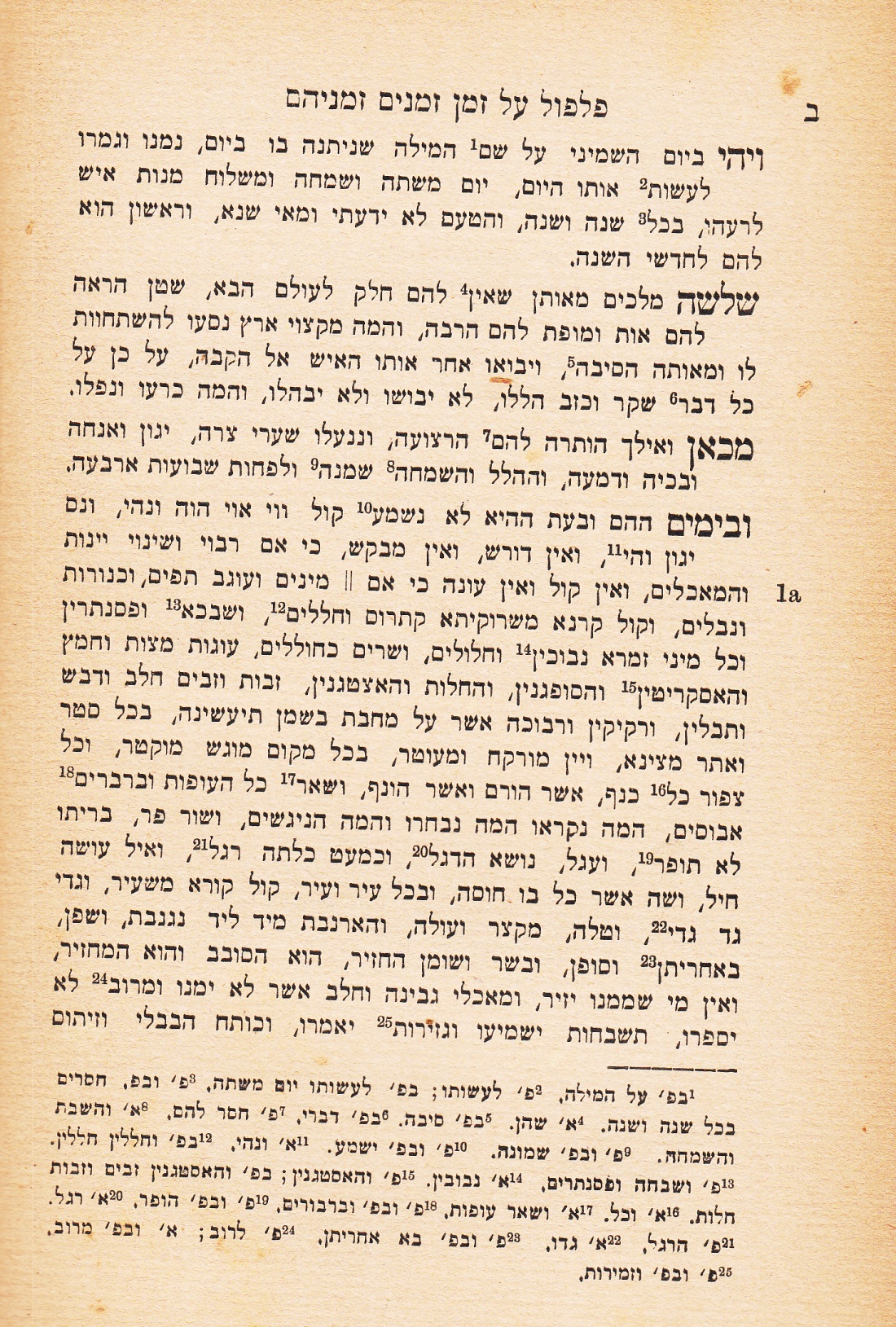 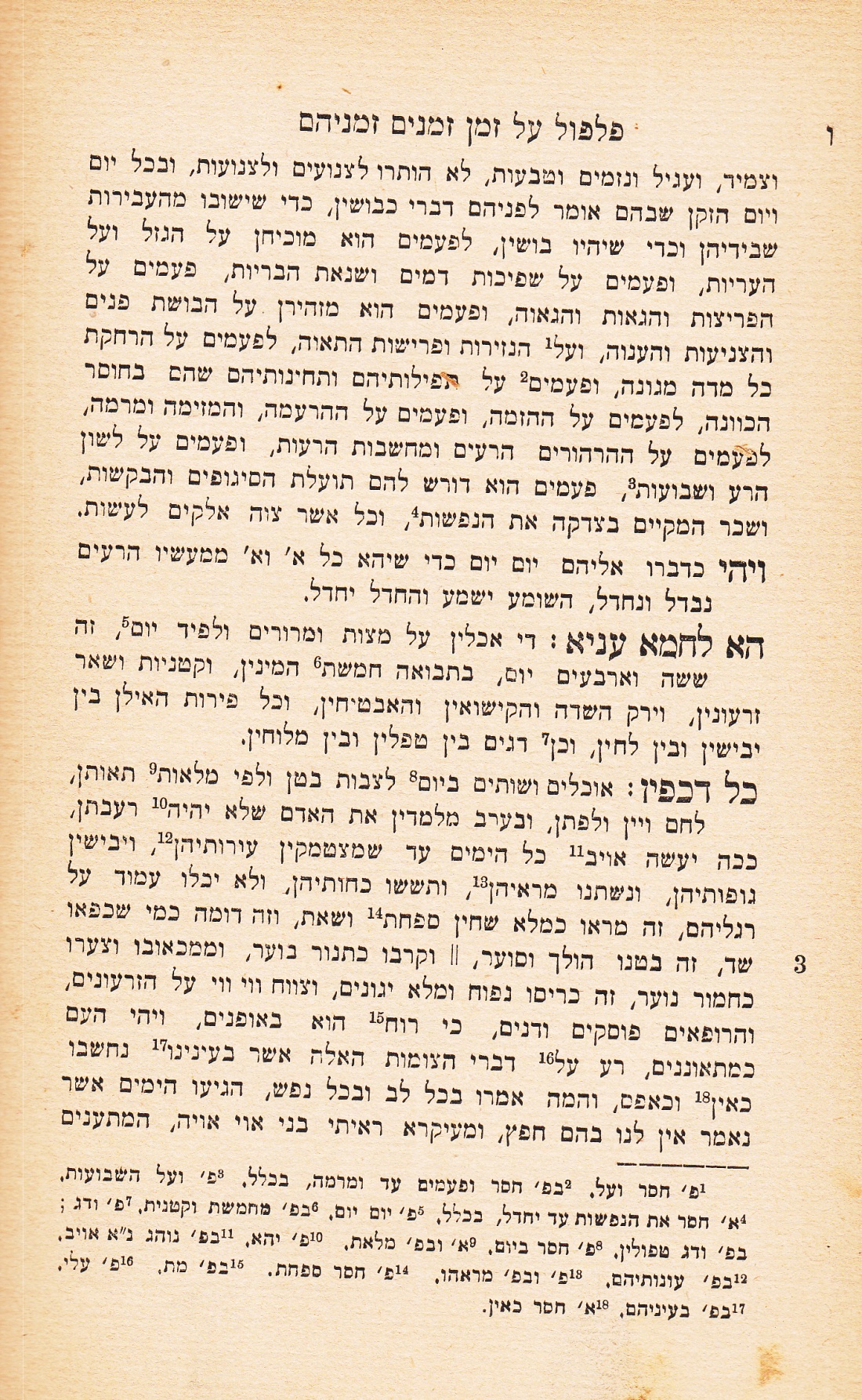