Rabbi Arieh Leib ben Moses Zuenz (pronounced Tzintz), 1768-1833, was the great nephew of Rabbi Yehonason Eibeschitz.  He lived in Prague, and Pressburg and was Rabbi of Plotsk, Poland.  He had many famous students including Rabbi Yitzchok Meir Alter, the first Gerrer Rebbe.

Melo Haomer is a commentary on the Chumash (the five books of Moses), and also on the five Megillos (the books of Esther, Song of Songs, Ruth, Lamentations and Ecclesiastes).

Rabbi Zuenz was a prolific author and is said to have promised that he would intercede in heaven for anyone who reprinted one of his works.

This edition was put together by Rabbi Chaim Kreiswirth, Chief Rabbi of Antwerp, and printed in London by Hamadpis press.  My copy is inscribed by him.

Rabbi Kreiswirth married Sara Grodzinski, the daughter of my grandmother’s first cousin, Chasya Gisseh Heller, who married Rabbi Abraham Grodzinski. He was the mashgiach ruchani – the spiritual leader of the Slabodka Yeshiva in Kovno.  My late mother’s mother died tragically after childbirth, and when I was a child Rabbi Kreiswirth would come and see my mother when he visited London.

Rabbi Kreiswirth was the remnant of the Gedolim – the great rabbi’s of Poland.  He was born in 1918 and had a very distinguished education.  In 1939 he fled from Poland to Lithuania, and married Sara Grodzinski.  They escaped to Palestine via Vilna and eventually to the United States.  From 1947 to 1953 he was Rosh Yeshiva at the Hebrew Theological College in Skokie, Illinois.  In 1953 he moved to Antwerp, Belgium to rebuild the Jewish community there, and he was the long time Rabbi of the Congregation Machzike Hadass of Antwerp.  He passed away in 2001.  Thousands of people, including prominent rabbis and leaders attended his funeral which was held in both Antwerp and Jerusalem. 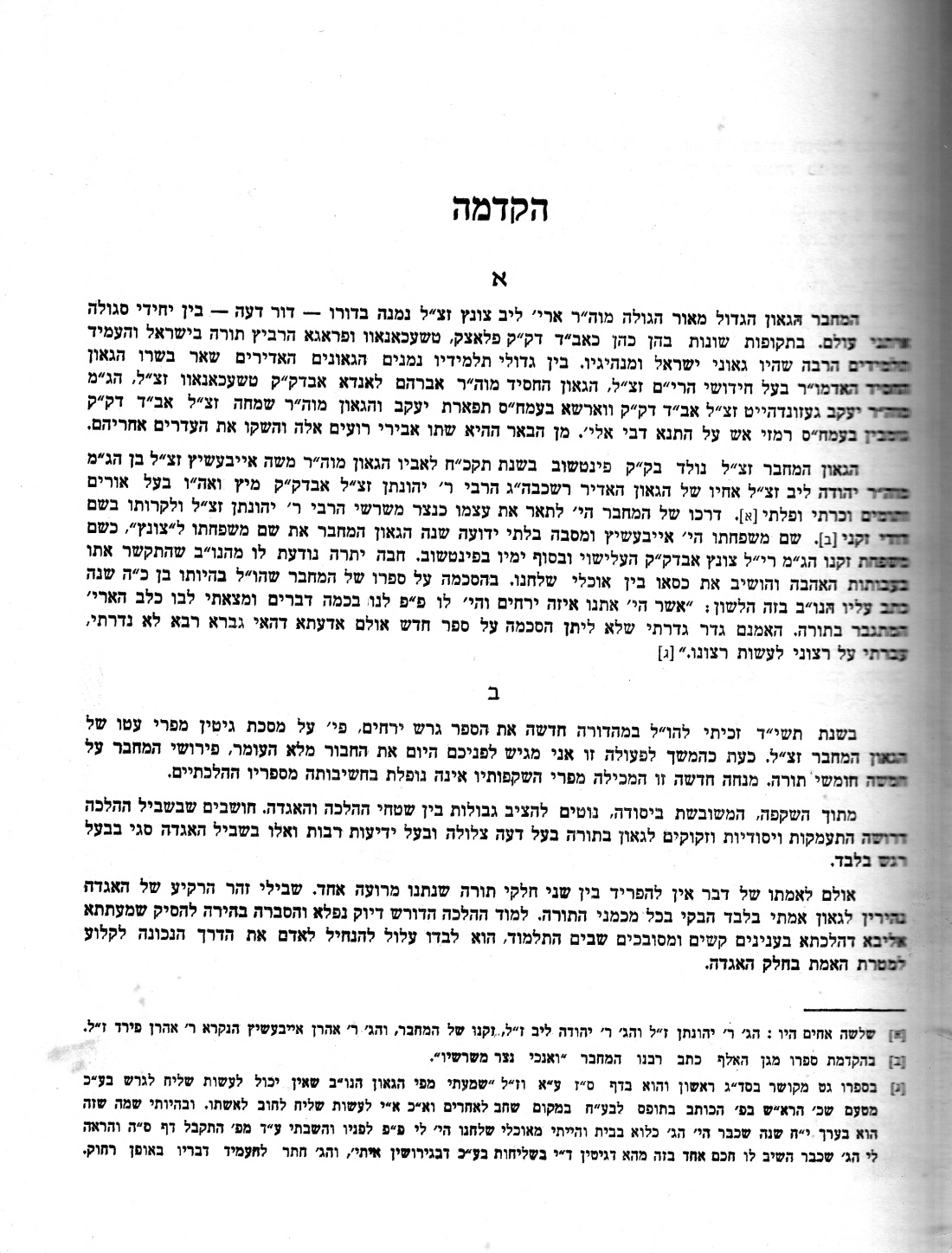 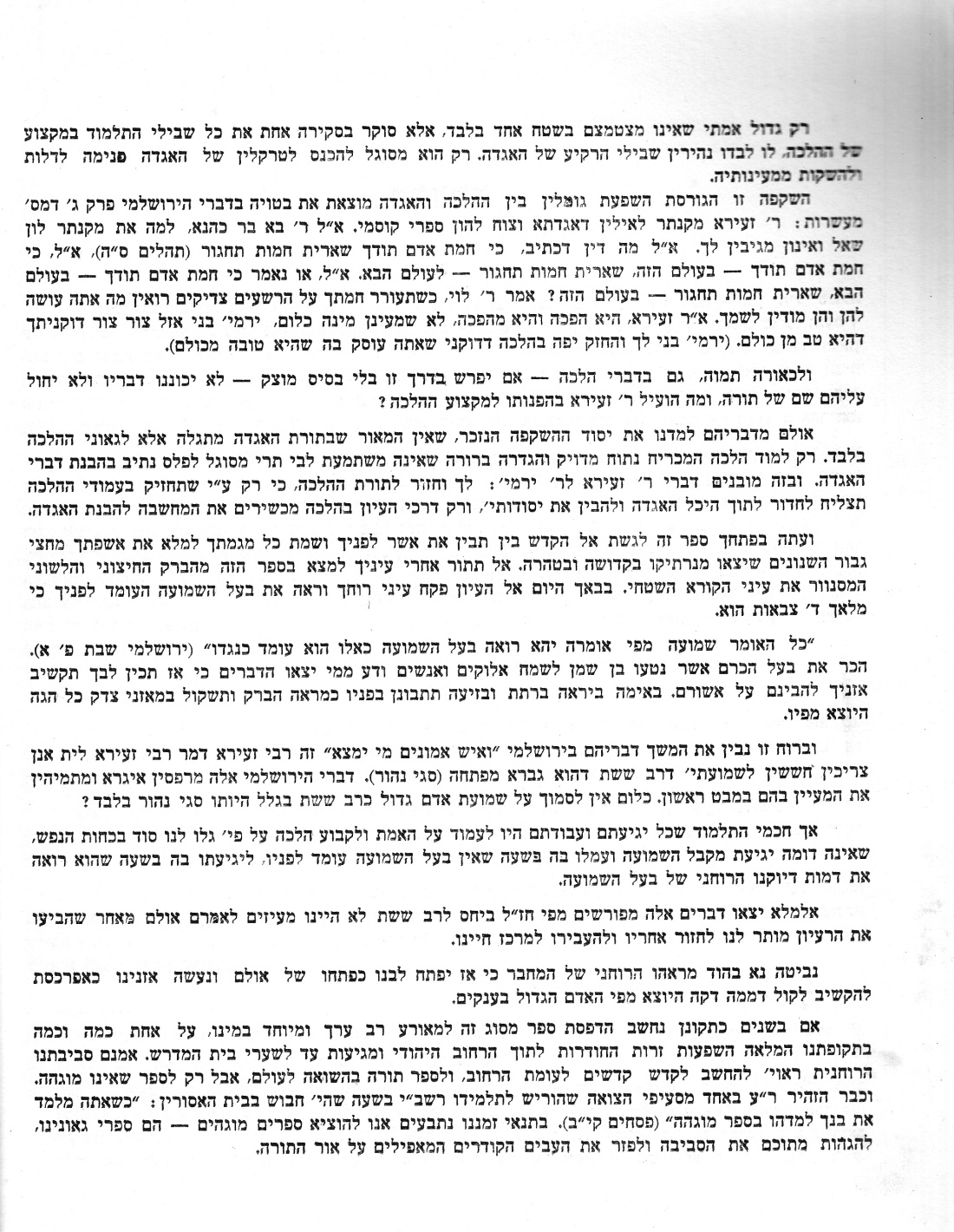 Next, Rabbi Kreiswirth writes about his parents, first his father, Rabbi Avraham Yosef , and then his mother, Perl, the daughter of Aharon Kreiswirth:

Next are the original haskomos (approbations) for Rabbi Zuenz’s book: 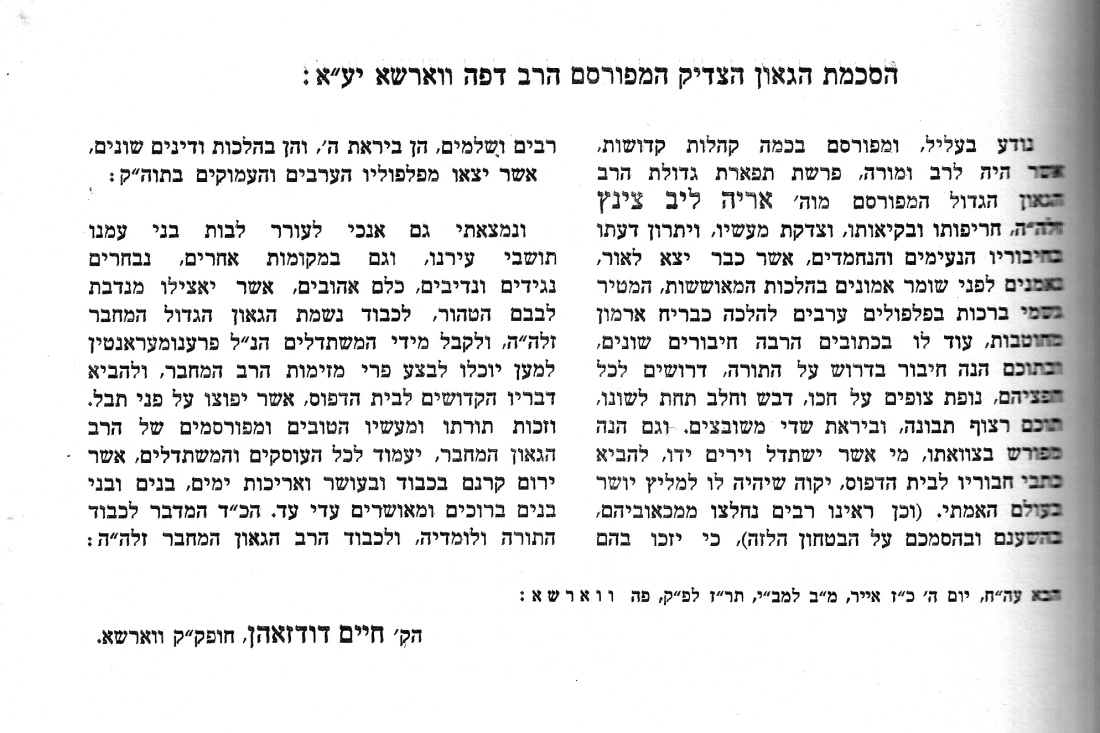 As an excerpt, here is Rabbi Zuenz writing about Parshas Ki Tetzei: 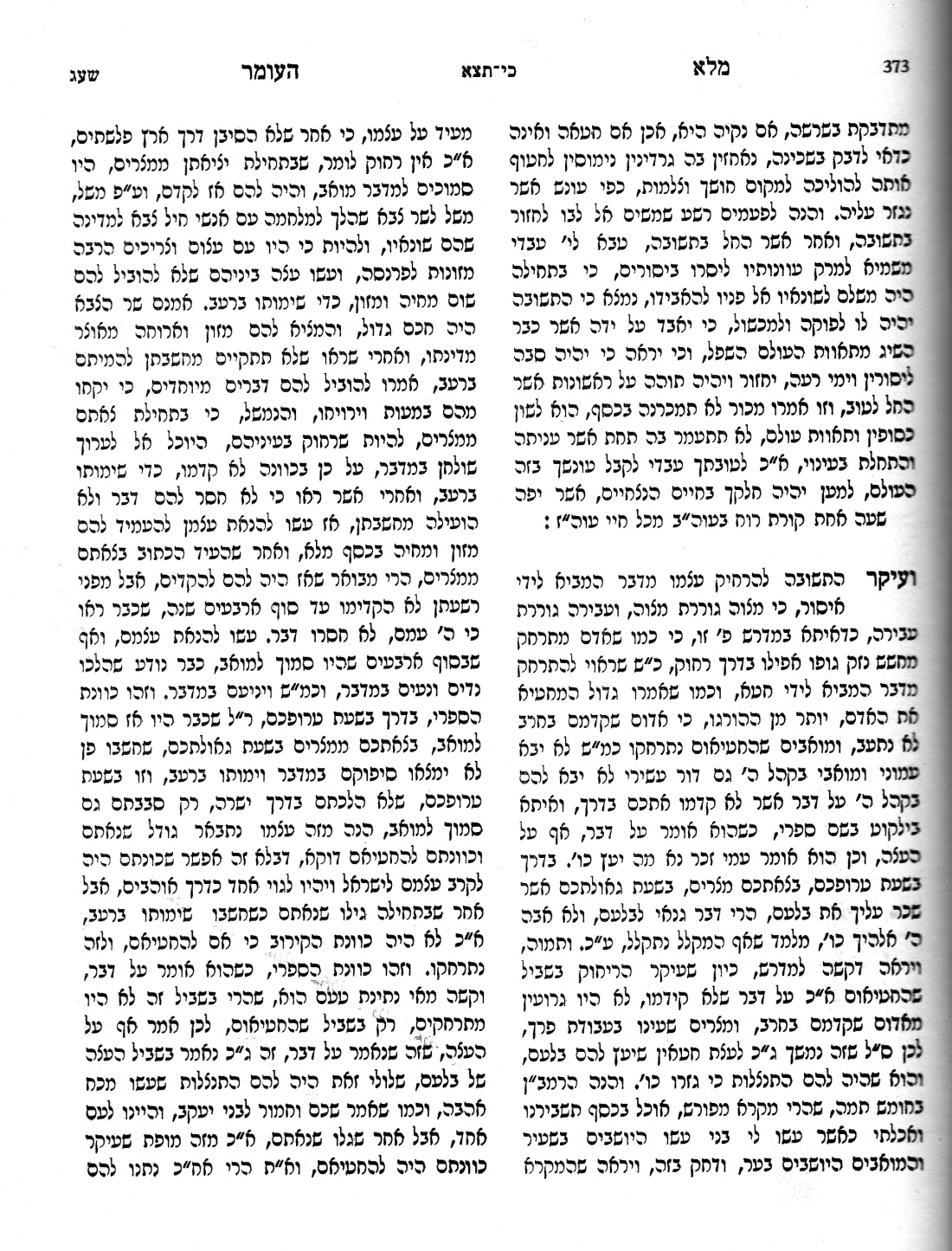 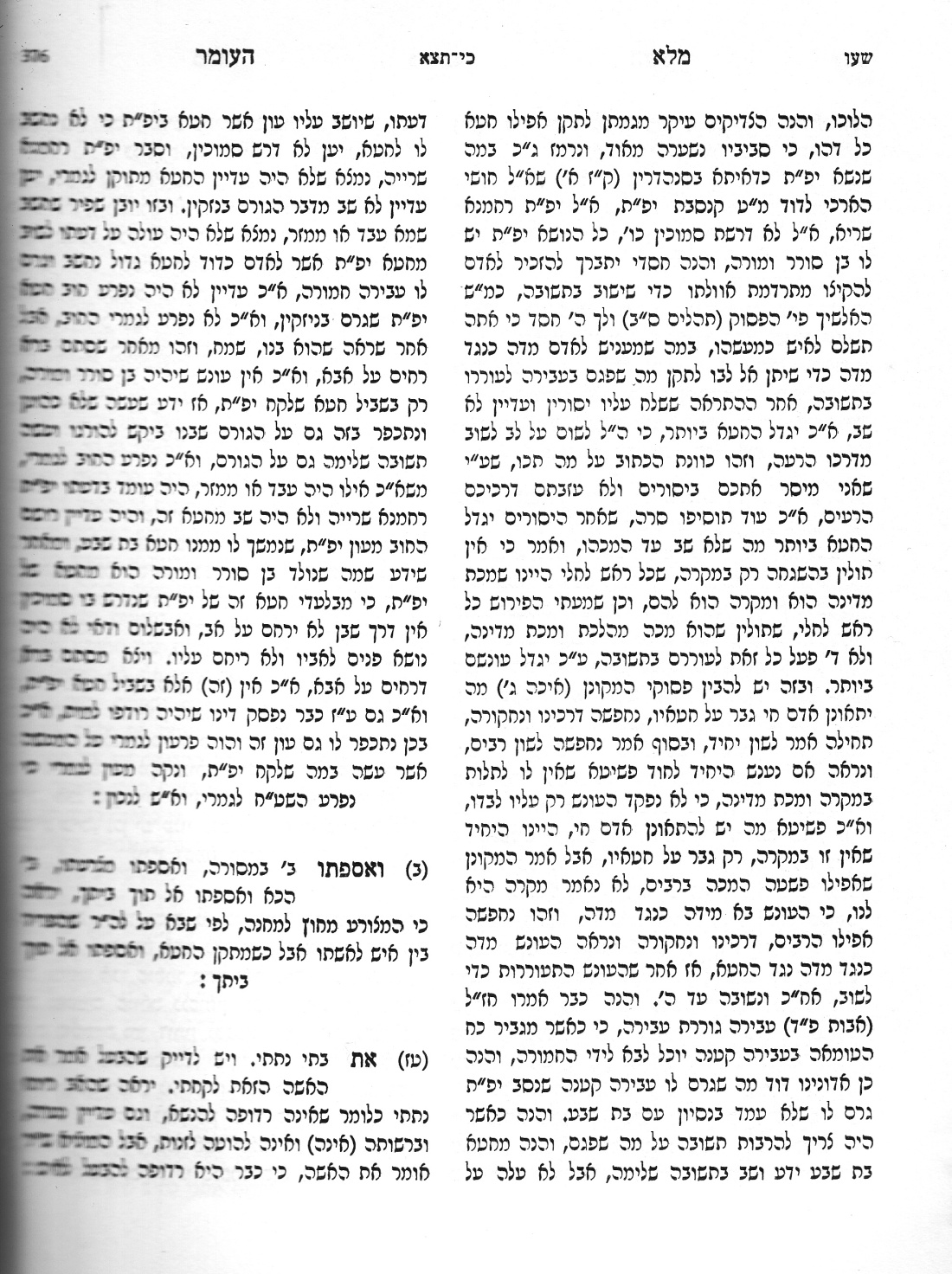 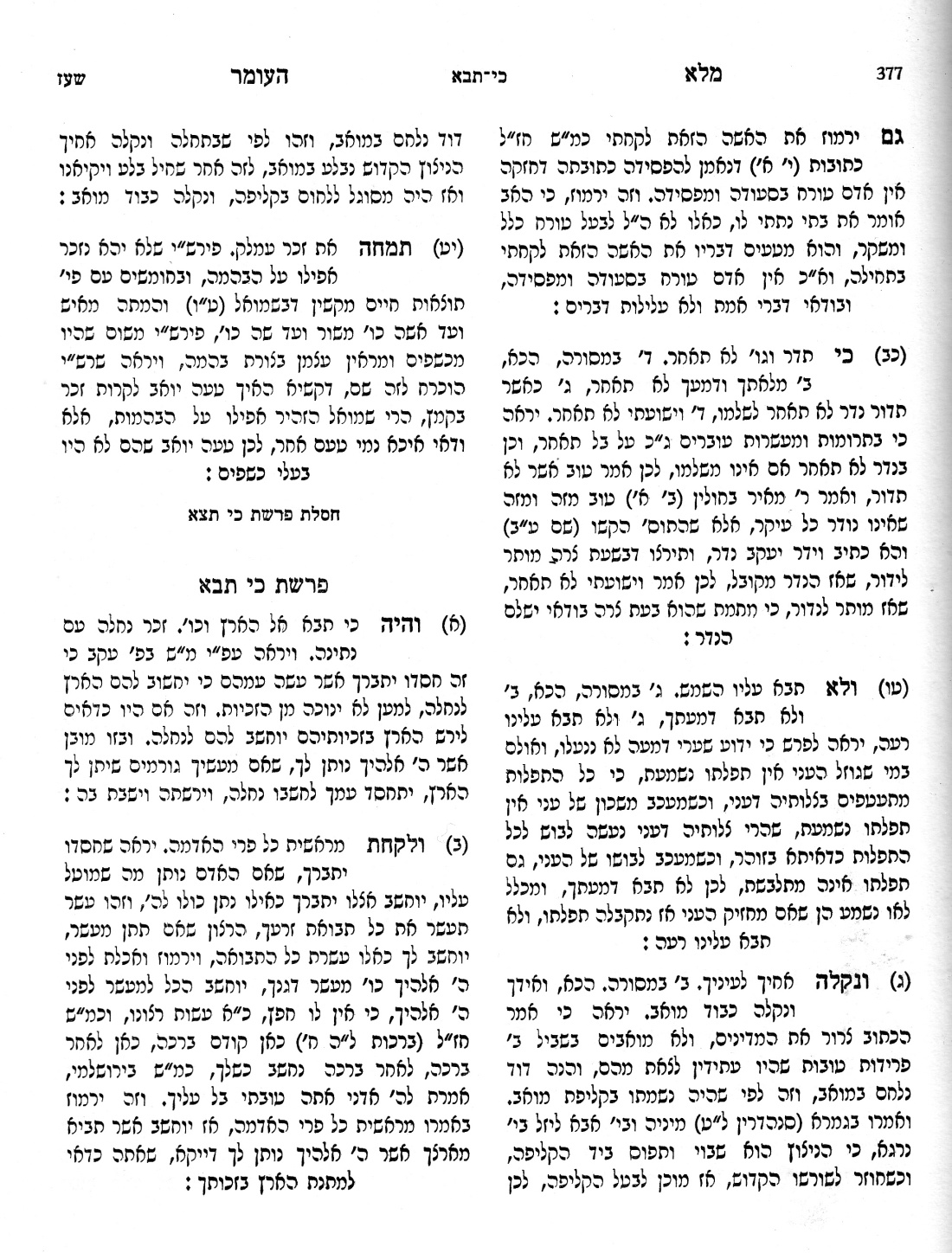