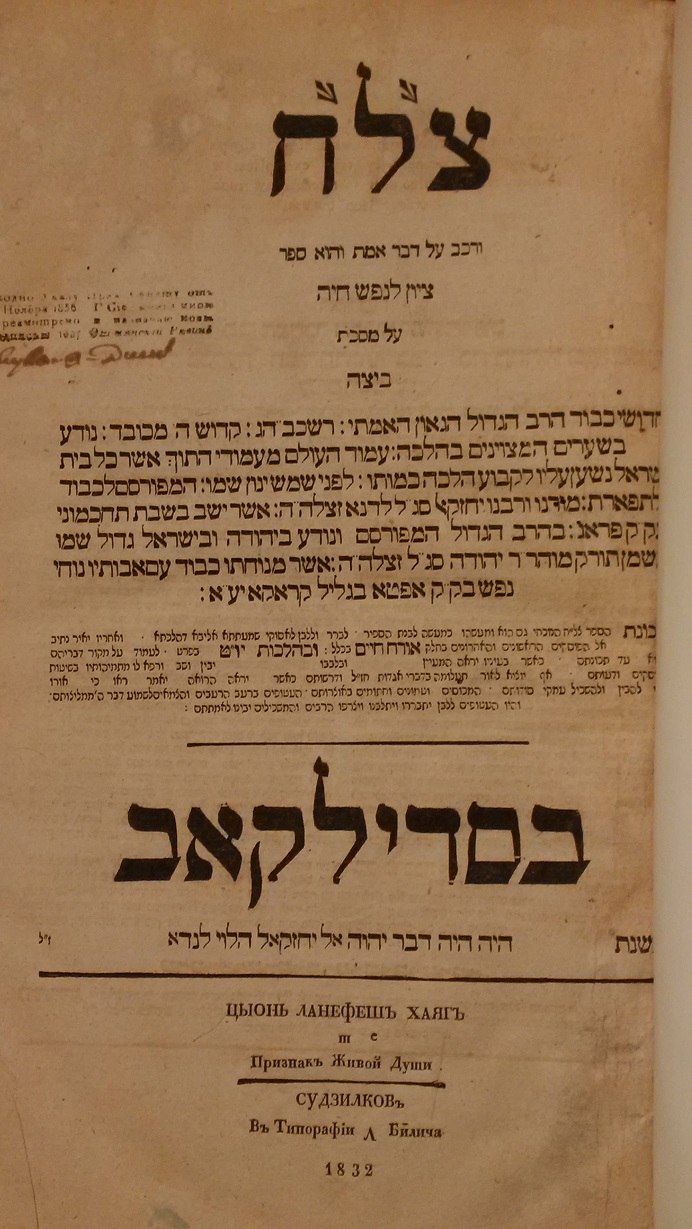 In 1966 the Jewish Historical Society of England published a book “Remember the Days” consisting of essays in honour of the historian, Cecil Roth.  One of the essays, by Adolf Schischa, is entitled Hermann Adler, Yeshiva Bahur.  Hermann Adler, the younger son of the Chief Rabbi of the British Empire, Dr. Nathan Marcus Adler (who would eventually succeed his father as Chief Rabbi) had completed his secular education by 1860.

In October 1860 he was sent to Prague, to study in Yeshivah under Rabbi Salomon Loeb Rapoport.  He was either brilliant or was privileged as the son of the Chief Rabbi.  Within 18 months (he returned to London in March 1862) he had achieved a Doctorate in Philosophy from the University of Leipzig, and Semichah from three Rabbis: from Rabbi Shmuel Freund of the Prague Beth Din, from Rabbi Rapoport and from Reb Shimon Ausch.

Several letters from Hermann Adler to his parents have survived.  He writes to his father, Nathan Adler in German-Yiddish, and Adolf Schischa translates them.  In a letter to his father, dated 7th January, 1862, he asks whether he has the Tzion Lenefesh Chaya in his library.  This book, abbreviated to Tzelach, is by one of the most famous of all Prague Rabbis, Rabbi Yechezkel Landau, the ‘Noda BeYehuda’.

Hermann Adler writes, “What he did for Prague is impossible to say. It is only through him that they realised what ‘learning’ really means. Even to this day he is still to everybody here ‘Der Rebbe’. 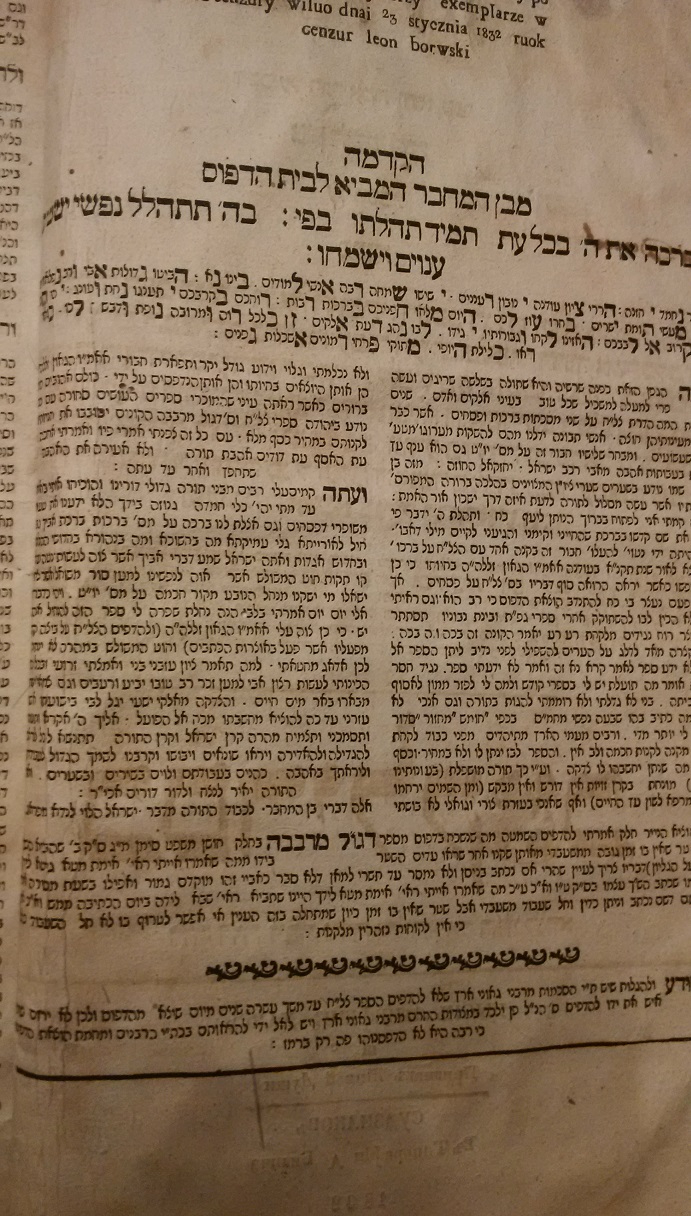 My question is – which edition of the Tzelach did Hermann Adler see in 1862?  The Tzelach consists of commentaries on the  Talmudic Tractates of Berachos, Pesachim and Beitzah, the last two actually edited and published by Rabbi Landau’s son, Yisroel Landau (see the image on the left).

Beitzah is currently being learned in the weekly Shiur by Rabbi Dovid Becker of the Long Island Torah Network, in Merrick, Long Island.

Tzelach on Beitzah was first published in 1799, but I would have expected that Hermann Adler would have seen the more ‘modern’ edition, published in 1832 in Sudlikov.  My copy is that edition.

This is the Censor’s stamp.

And here is the start of the commentary: 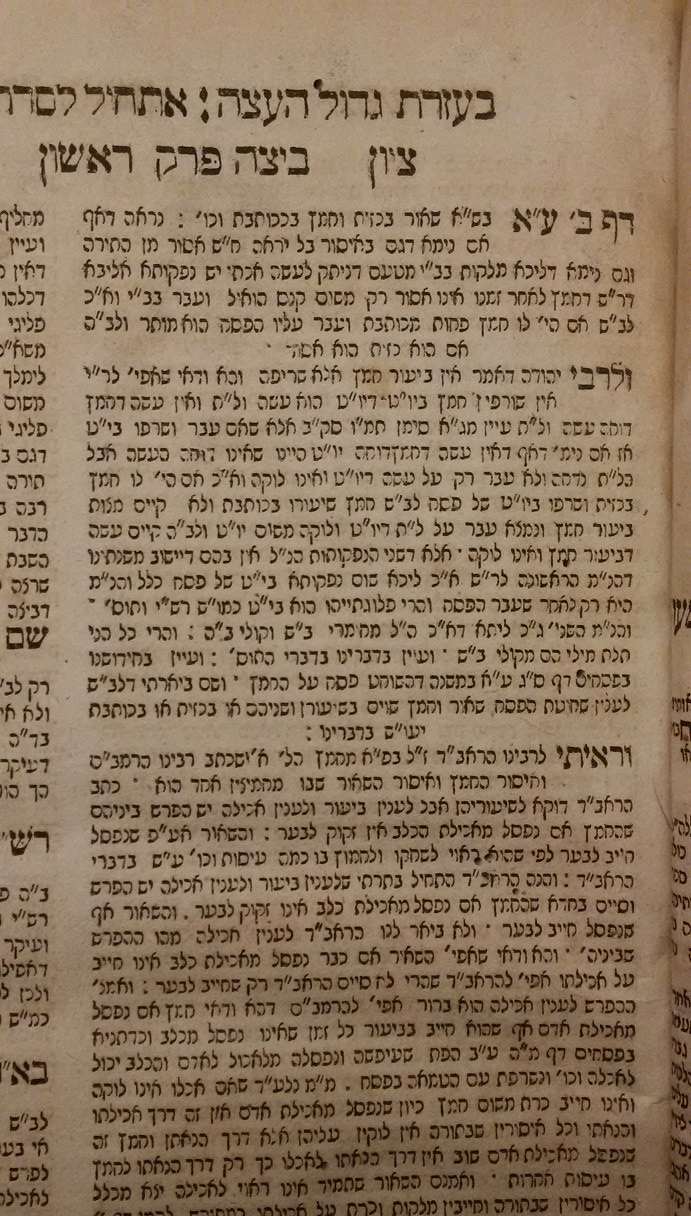