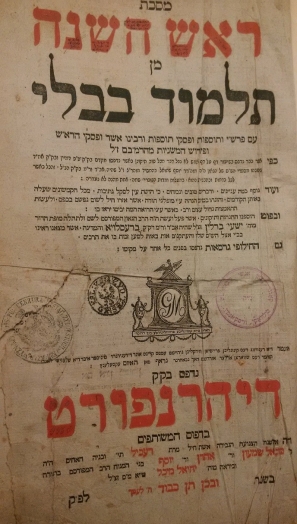 This post is about a book from my collection of antique seforim – not my Anglo-Judaica collection.

As it is Tu Bishvat I thought I would write about my copy of Masseches Rosh HaShanah from the Talmud, printed in Dyhernfurth in 1799.  Dyhernfurth is the German name, and today it is in western Poland, known by the name of Brzeg Dolny.

Jews settled in Dyhernfurth in the 17th century, with the founding of the printing press of Shabbasai Bass.  The printing house lasted until 1834, when it closed and the Jewish community rapidly diminished.

My copy was printed in 1799 and is noteworthy for being printed by a woman. 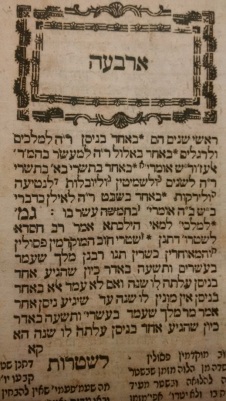 Tu Bishvat is the New Year for Trees, one of the four New Years that are mentioned in Tractate Rosh Hashanah, on the first page.

The first Mishnah explains that, “on the first of Shevat is the New Year for a tree”.  (The fruit of a tree that was formed prior to that date belong to the previous tithe year and cannot be tithed together with fruit that was formed after that date). This ruling is in accordance with the statement of the house of Shamai, but the house of Hillel says that the New Year for trees is on the fifteenth of Shevat.”

We, of course, follow Beis Hillel and celebrate the New Year for Trees  on the 15th of the month of Shevat, which is the meaning of the name Tu Bishvat. 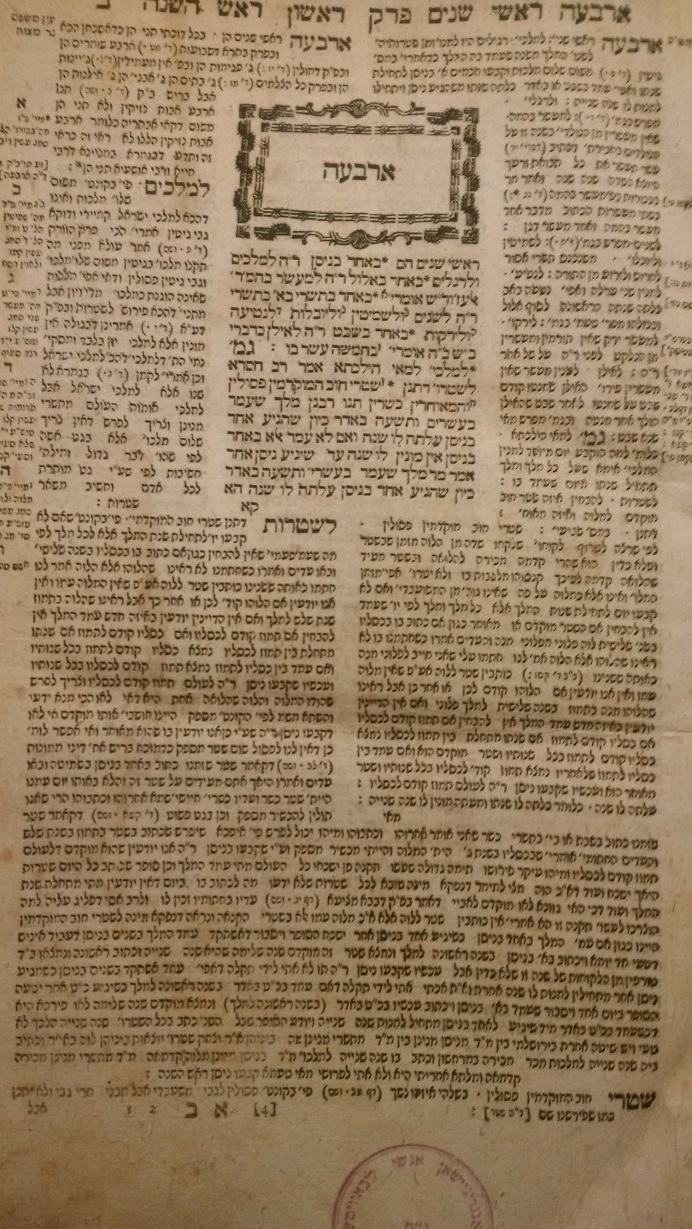 Finally, here are the signatures of one of the original owners of the book: