Rabbi Avraham Yeshayahu Karelitz (1878–1953) was known from the title of his books as the “Chazon Ish.” This is a first edition of his book on Avoda Zara and Pesach, published in Jerusalem in 1951.

My copy belonged to Rabbi Yechezkel Shraga Lifshitz Halberstam (1908 – 1995), who was known as the Rebbe of Stropkov. He was the grandson and student of Rabbi Shalom Halberstam of Stropkov. He served as Rabbi of Jablonka and as Dayan in Berehove.  After the Holocaust he served as a Rabbi in the displaced persons camps in Bomberg and in the Frankenau region. In 1949, he emigrated to Eretz Israel and settled in Ramla where he established his Beit Midrash “Divrei Chaim”. In 1953, moved to Jerusalem and established the Batei Midrash of the Stropkov Chassidism.

Rabbi Karelitz, the Chazon Ish, received his education from his father, head of the Beis Din at Kossow. He devoted his life to the study of the Torah, although also learning such sciences as astronomy, anatomy, mathematics, and botany, since he felt that a knowledge of them was necessary for a full understanding of various aspects of Jewish law and practice. After his marriage he continued to lead an extremely modest life, his wife providing for their needs while he spent day and night in study. His first book, on Orach Chayim and other parts of the Shulhan Aruch, was published anonymously in Vilna in 1911 under the title Chazon Ish, the name by which Rabbi Karelitz became almost exclusively known. When he moved to Vilna about 1920, he came to the notice of Rabbi Chayim Ozer Grodzinski who would consult him in religious and communal matters. When in 1933 he settled in Erez Israel, his house in Bene-Berak became the address for thousands who sought his guidance. Rabbi Karelitz was an example of a personality, holding no official position, who nevertheless became a recognized worldwide authority on all matters relating to Jewish law and life. He did not head any yeshivah, yet he was teacher and guide to thousands of students. He was not a communal leader, yet he exerted an enormous influence on the life and institutions of religious Jewry. He did not publish many responsa, but became a recognised authority on Halachah (Jewish Law). 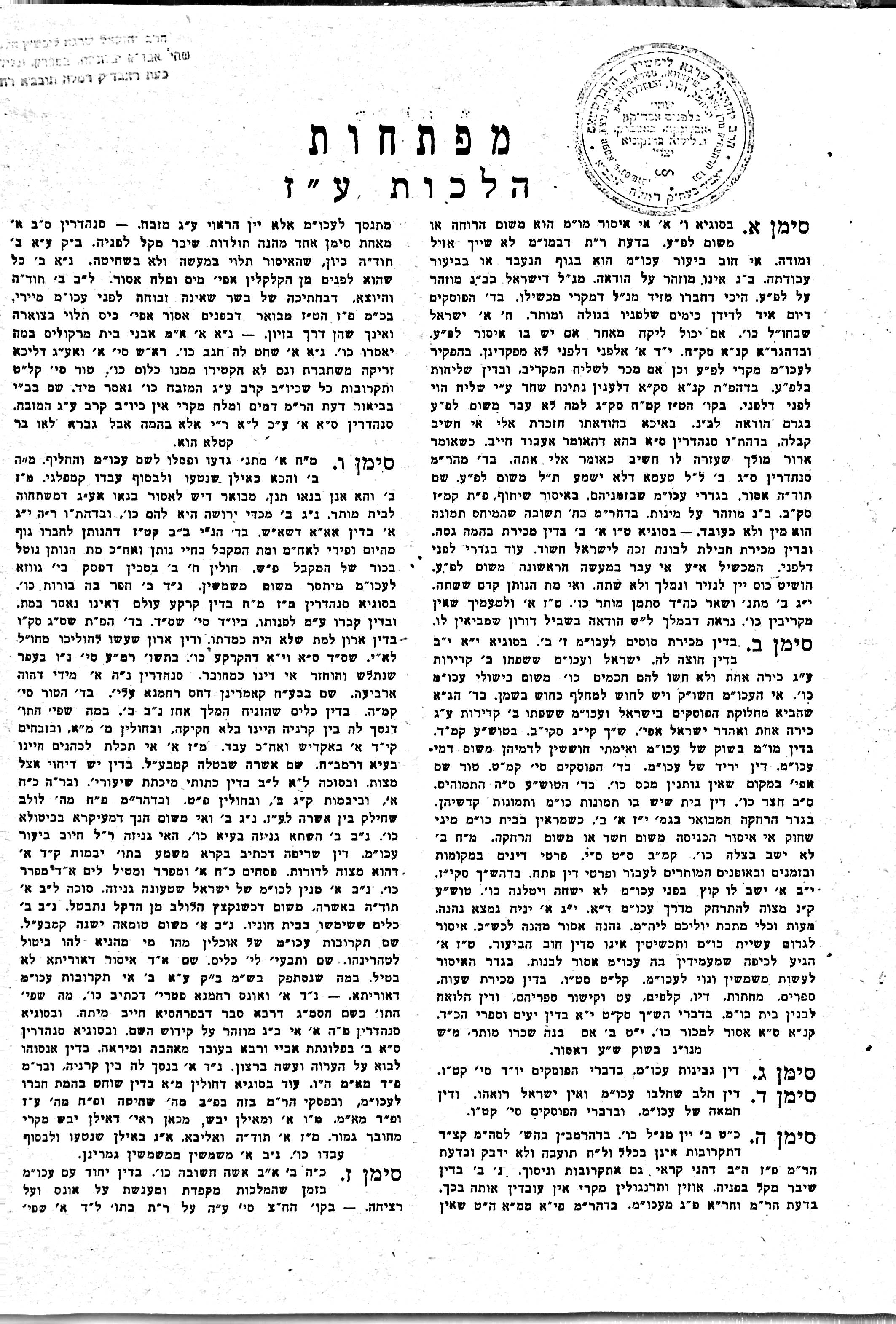 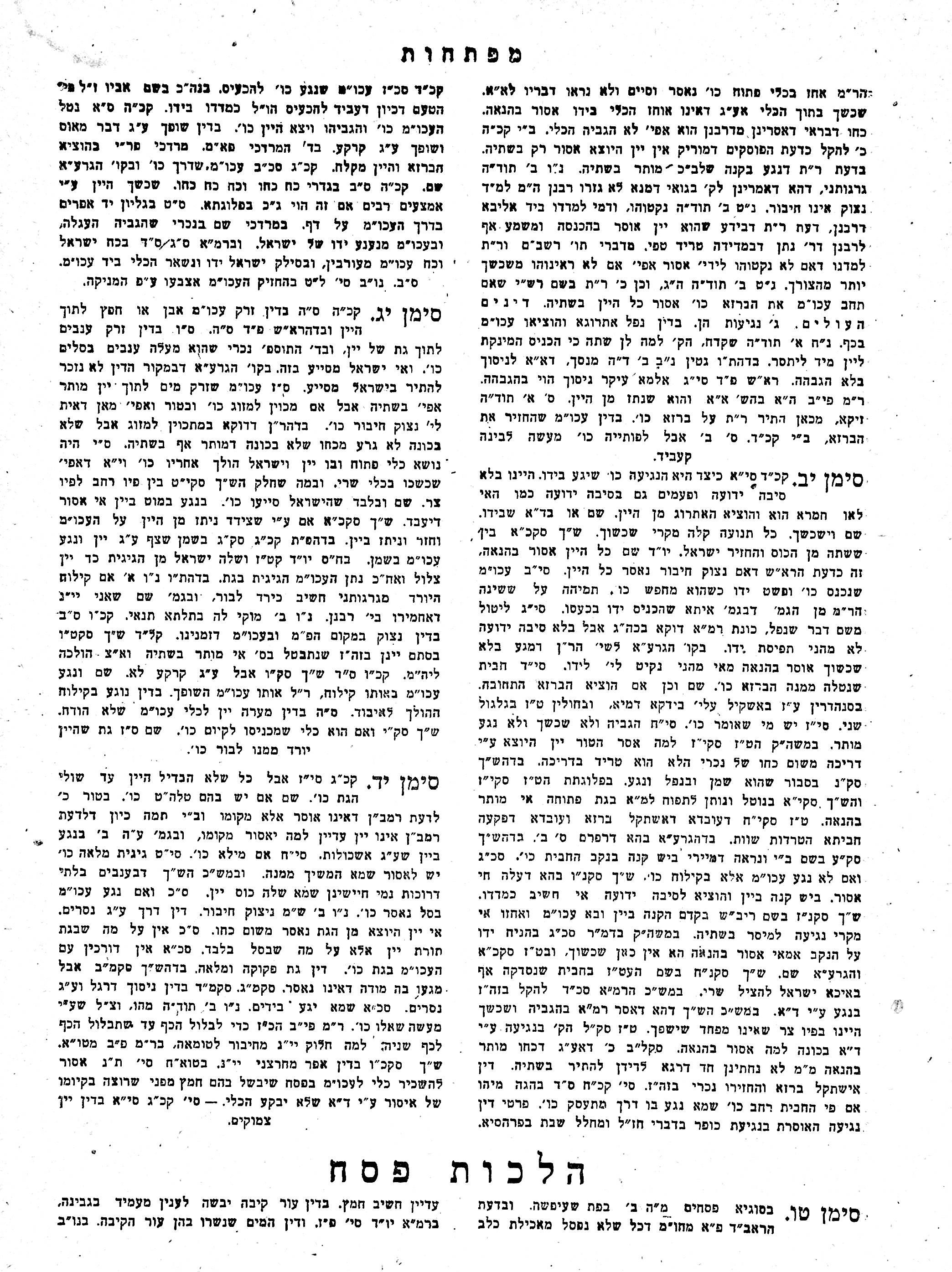 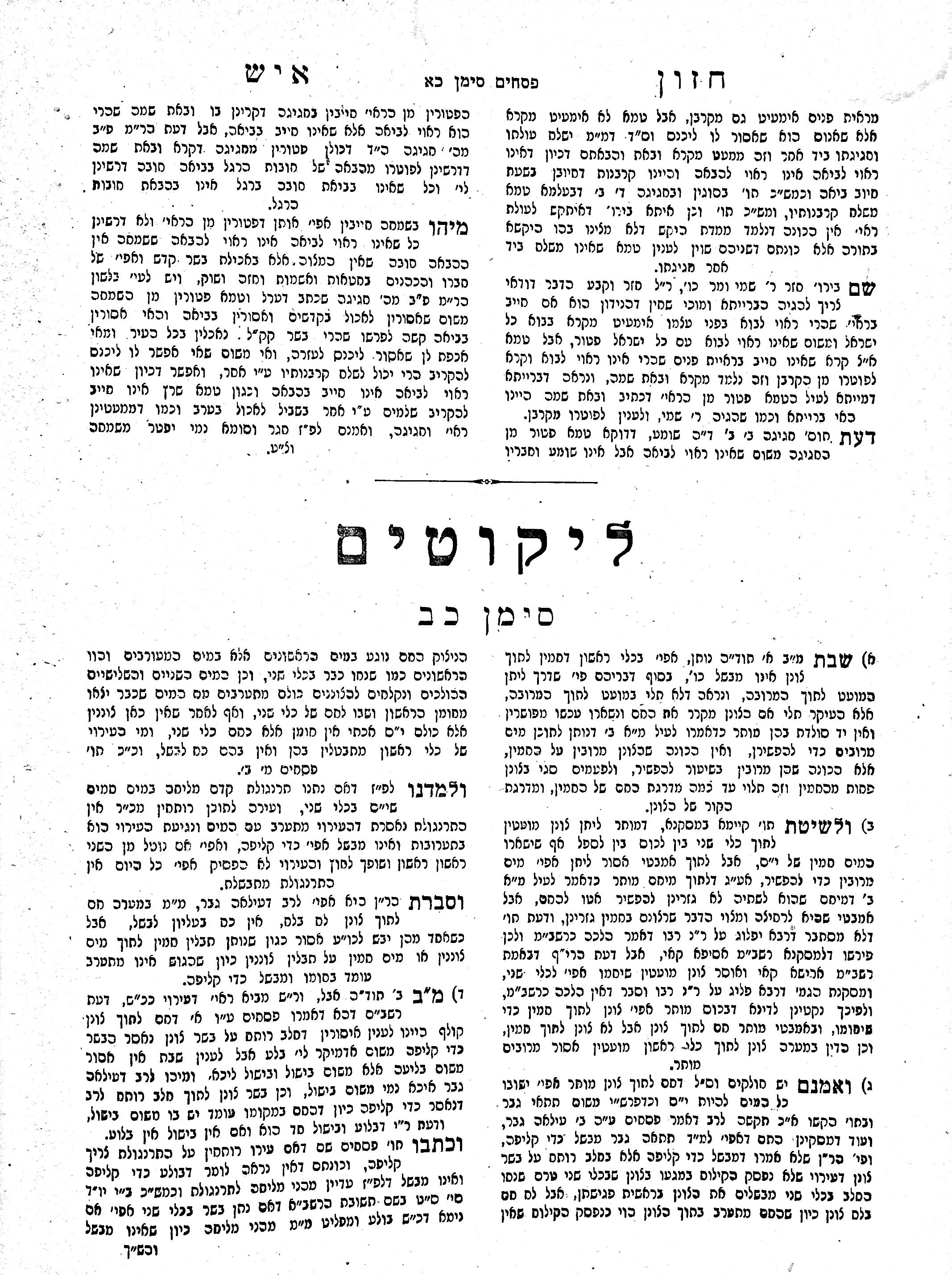 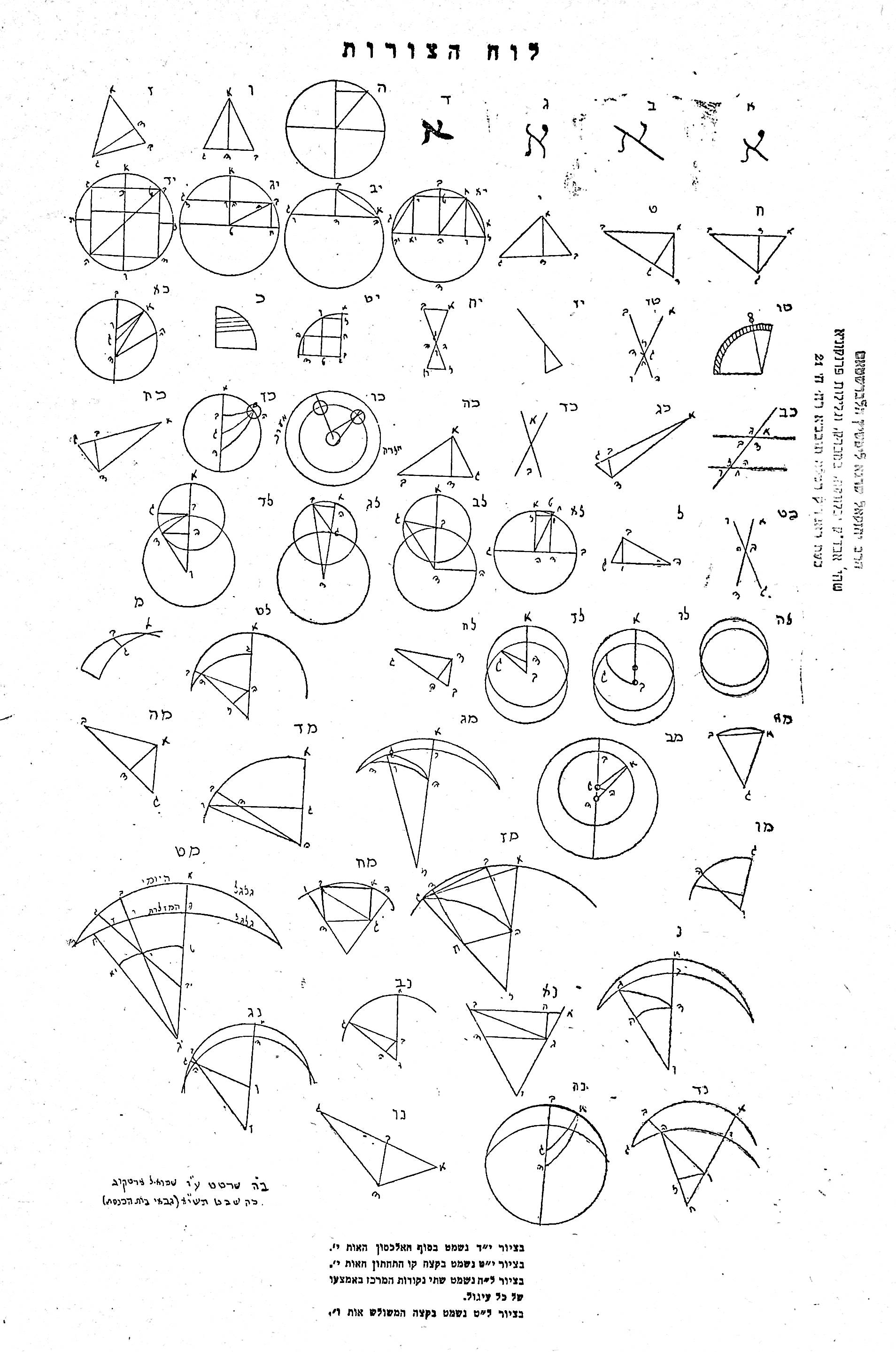