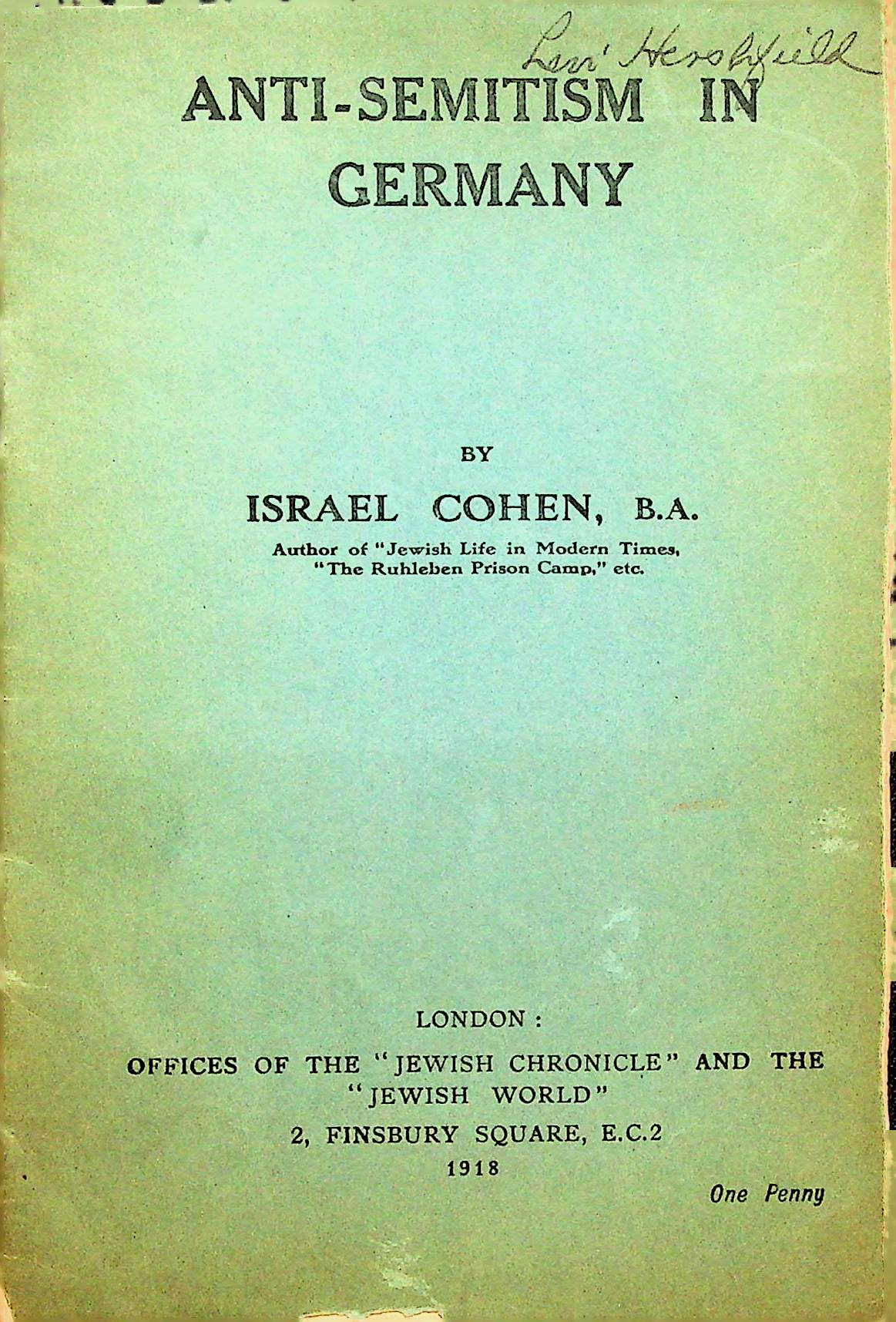 What is striking about this little booklet is the date.  We expect the 1930s and 1940s – the era of the Holocaust.  But this was published by the London Jewish Chronicle in 1918, towards the end of the First World War.

Even allowing for the fact that this was a time of great anti-German sentiment, the author makes it clear: the spiritual home of fanatical Anti-Semitism is Germany.

The booklet, after over 100 years, is a little fragile, so I have scanned it all to preserve the text.

The author, Israel Cohen, was born in Manchester, England, in 1879.  He was educated at Manchester Grammar School, Jews College, London and University College, London.  He was a lifelong Zionist and wrote on Zionism and Antisemitism.  From 1909, Israel Cohen directed the English Department of the World Zionist Organization office in Cologne and Berlin.  He was interned in Germany during the First World War and then became Secretary of the World Zionist Organization in London.  He died in 1961. 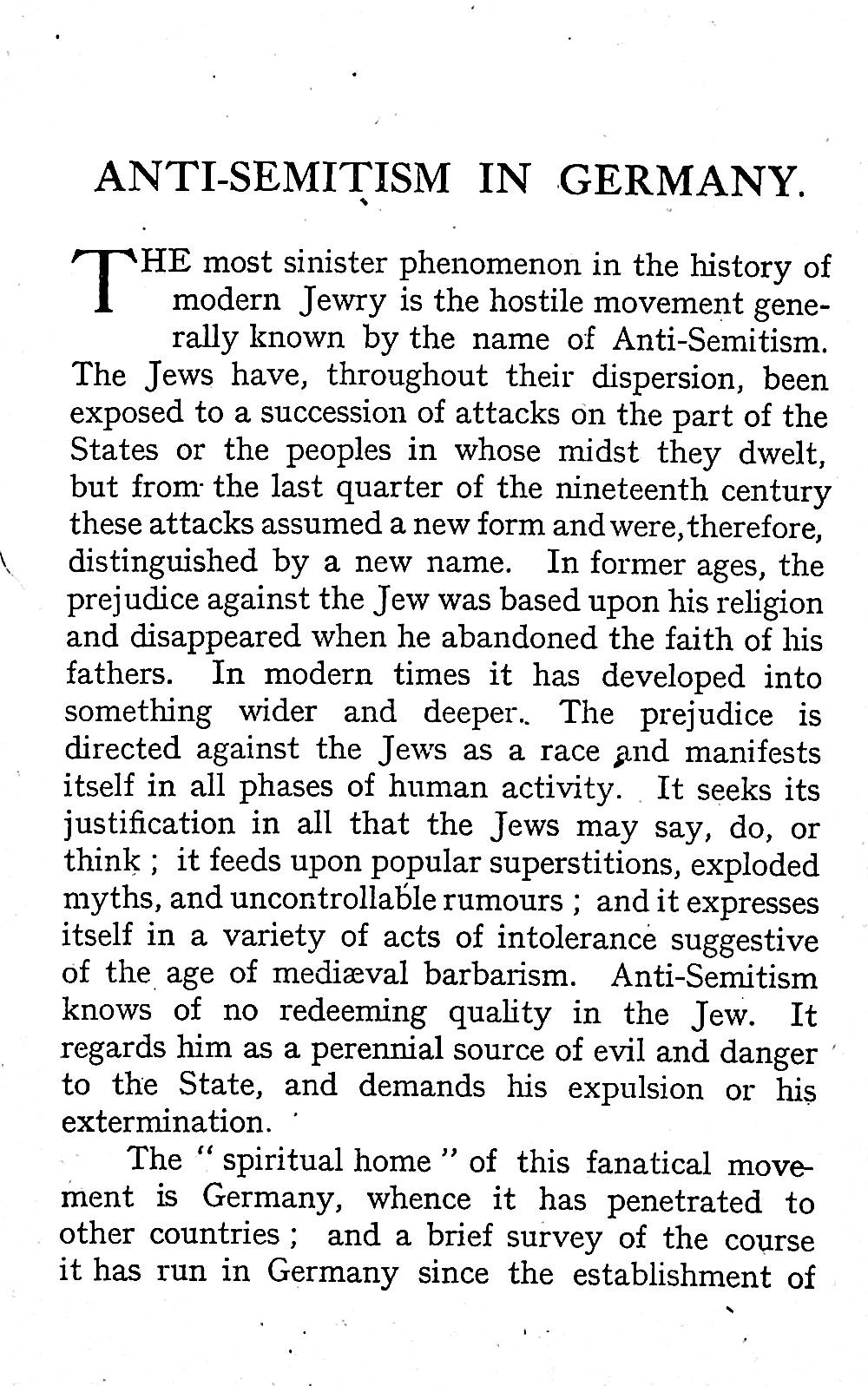 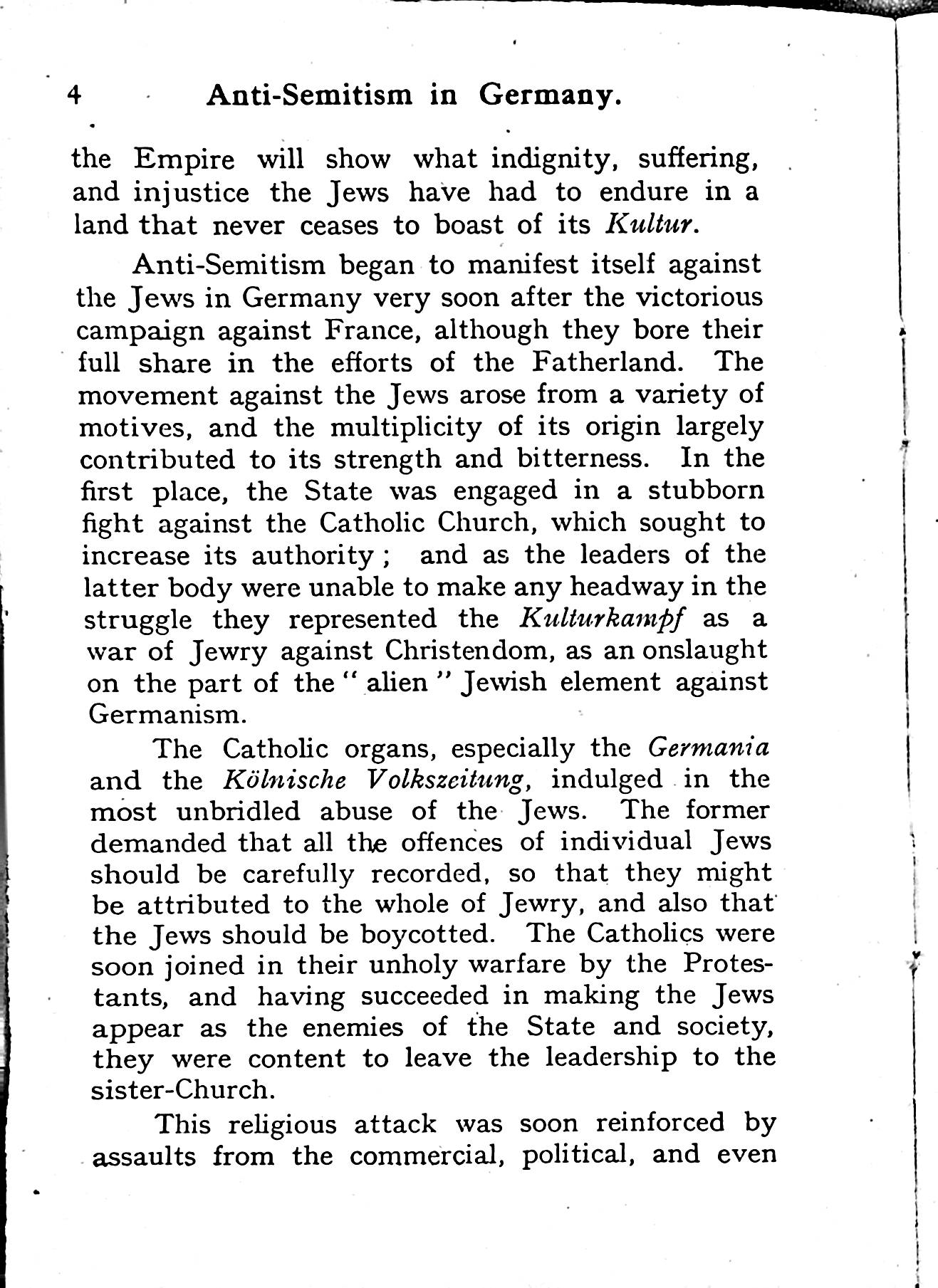 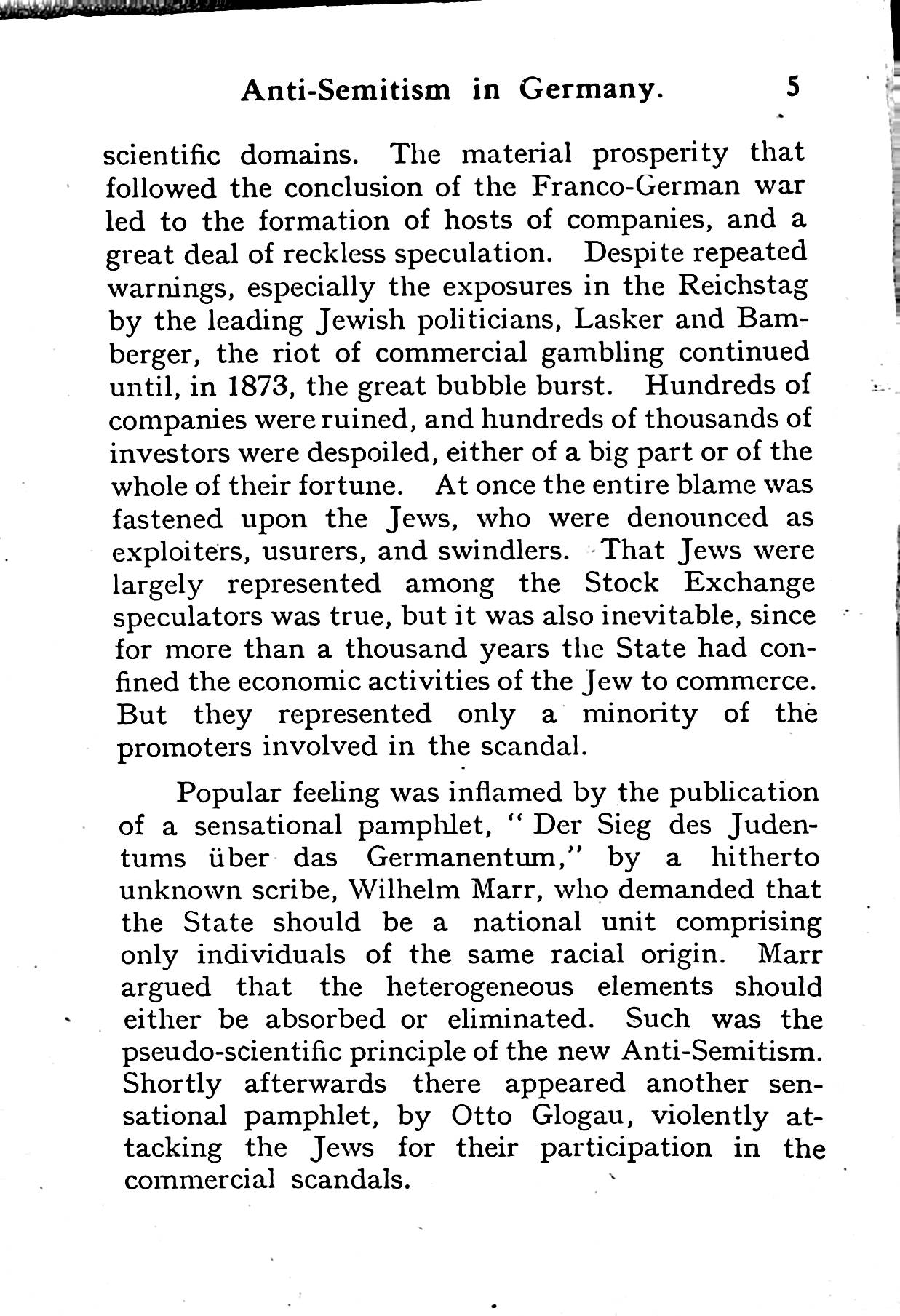 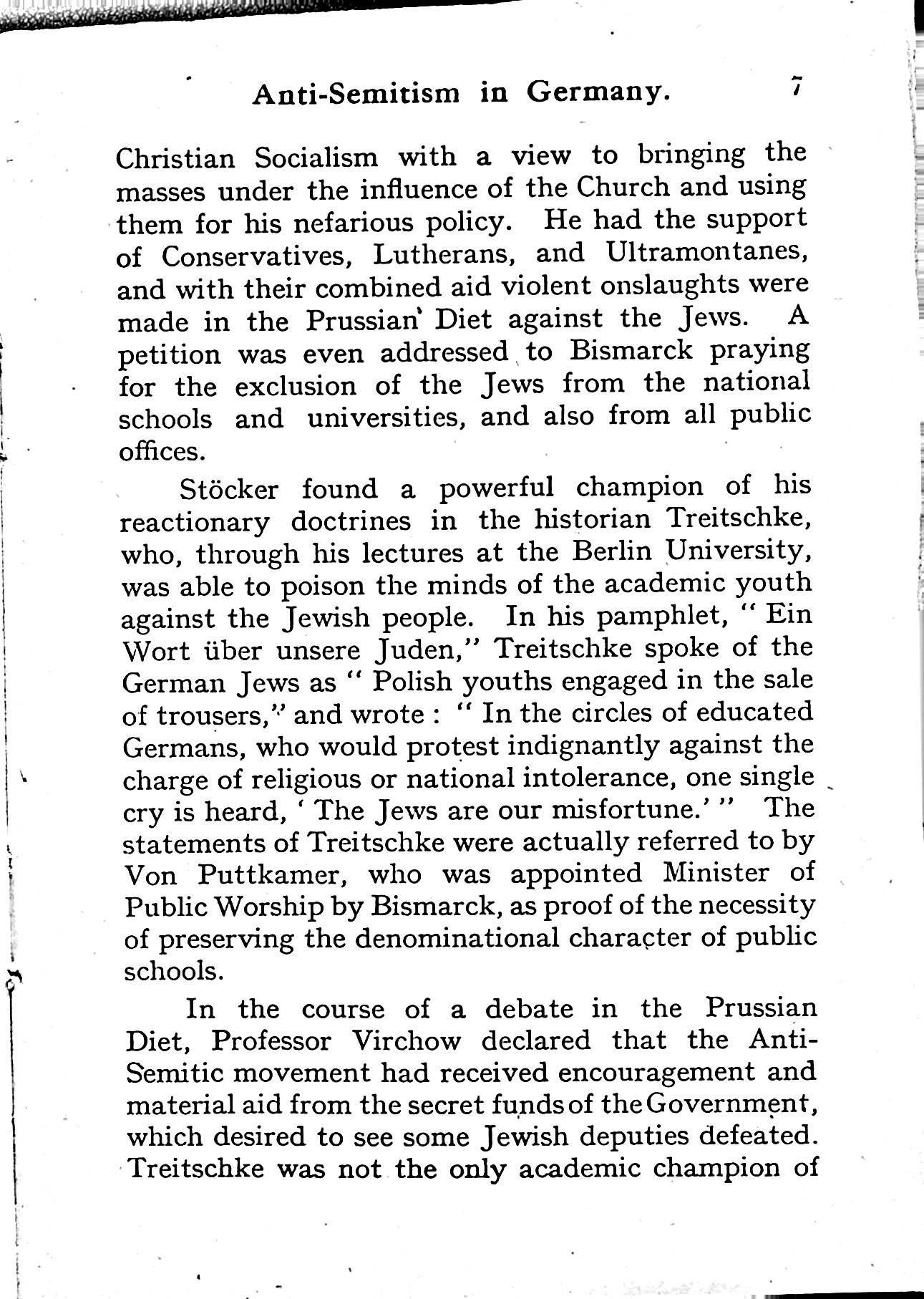 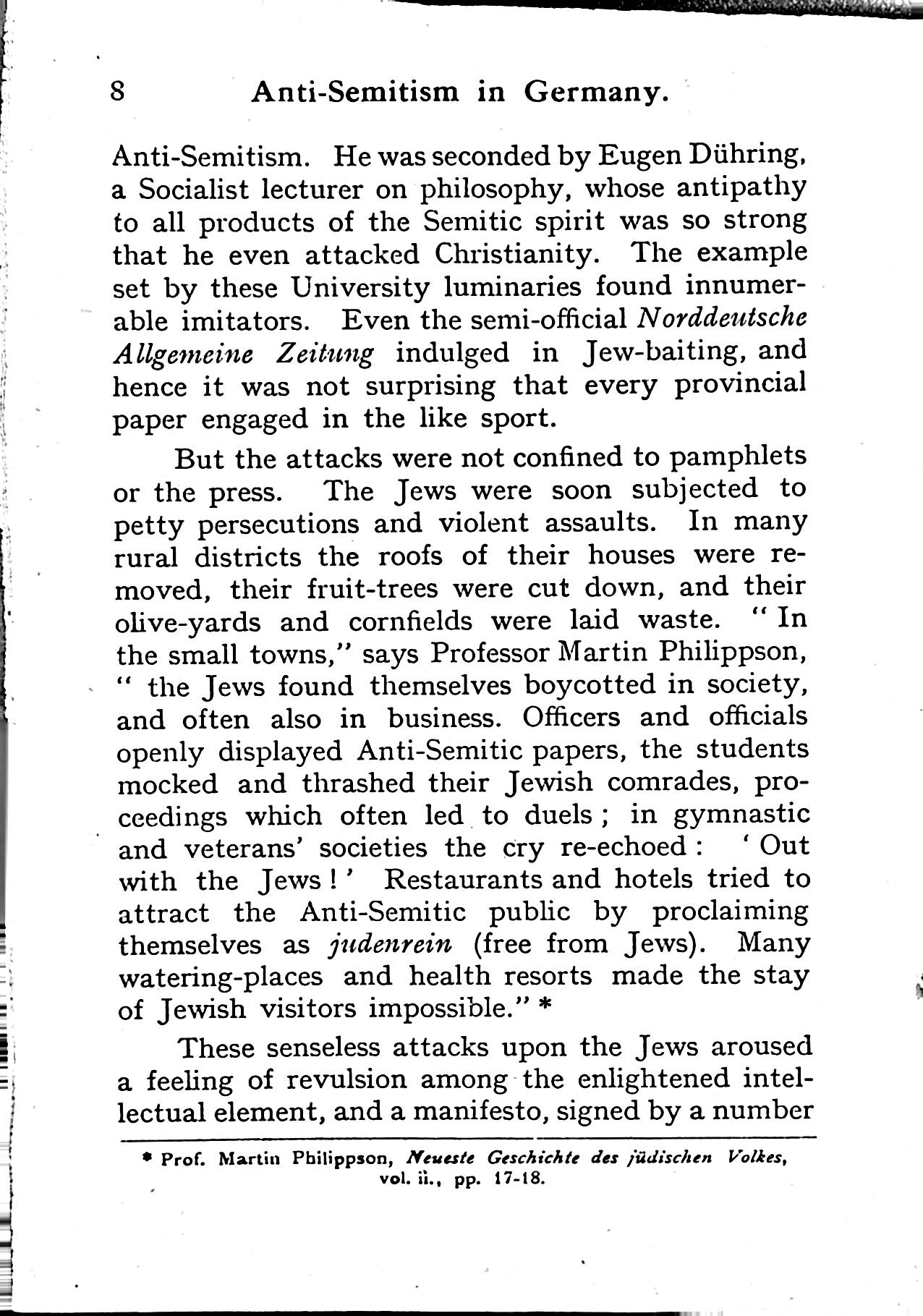 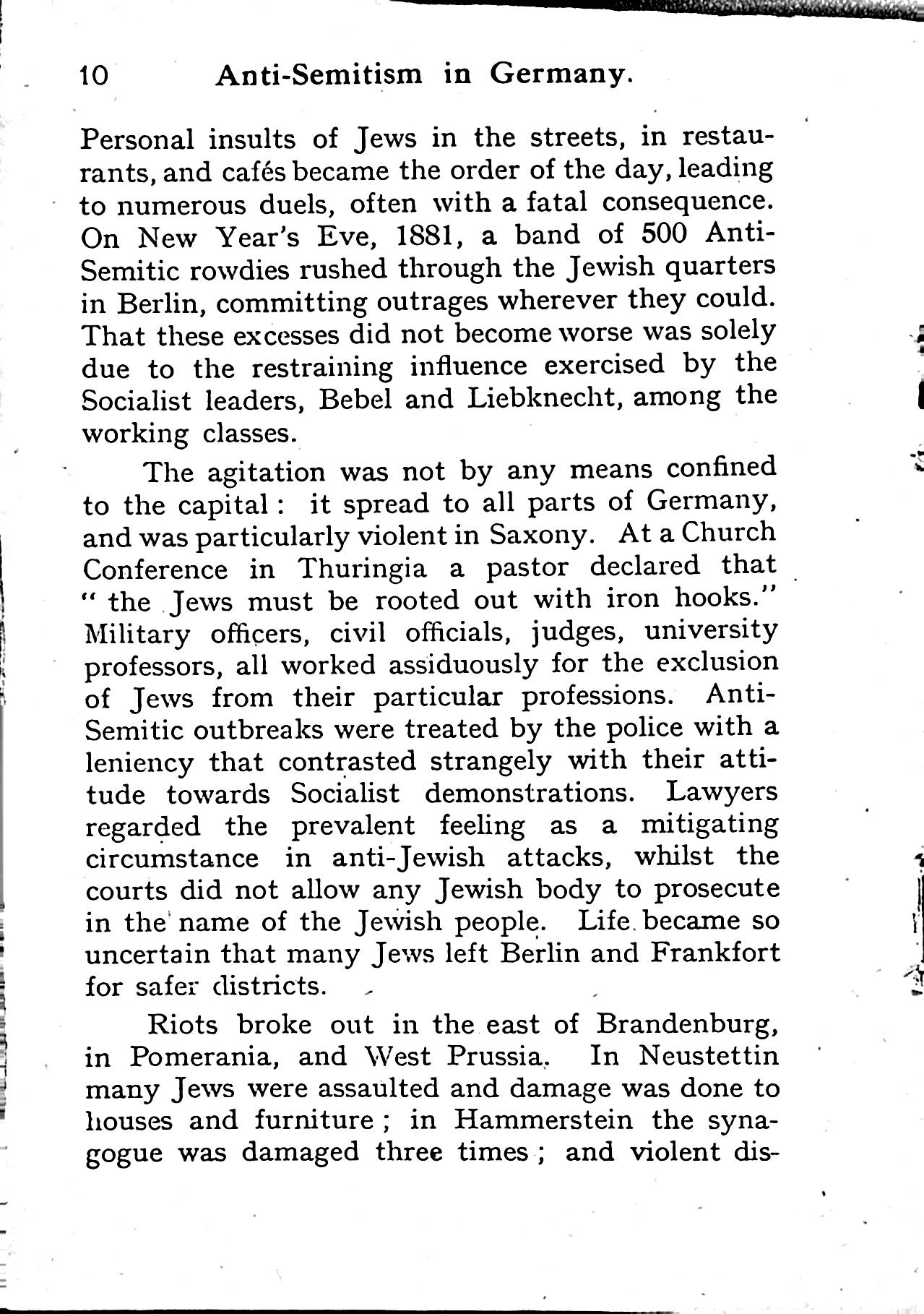 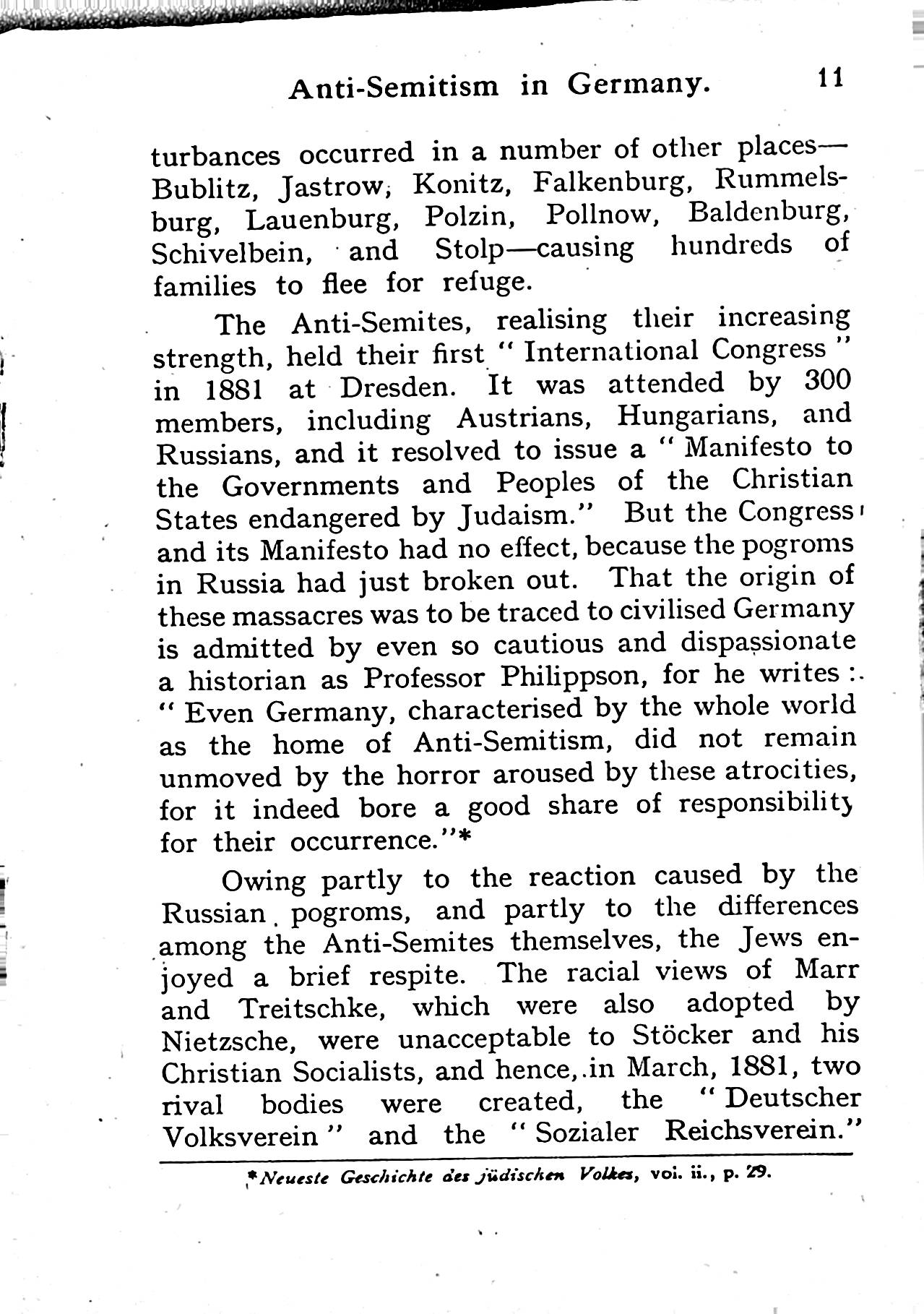 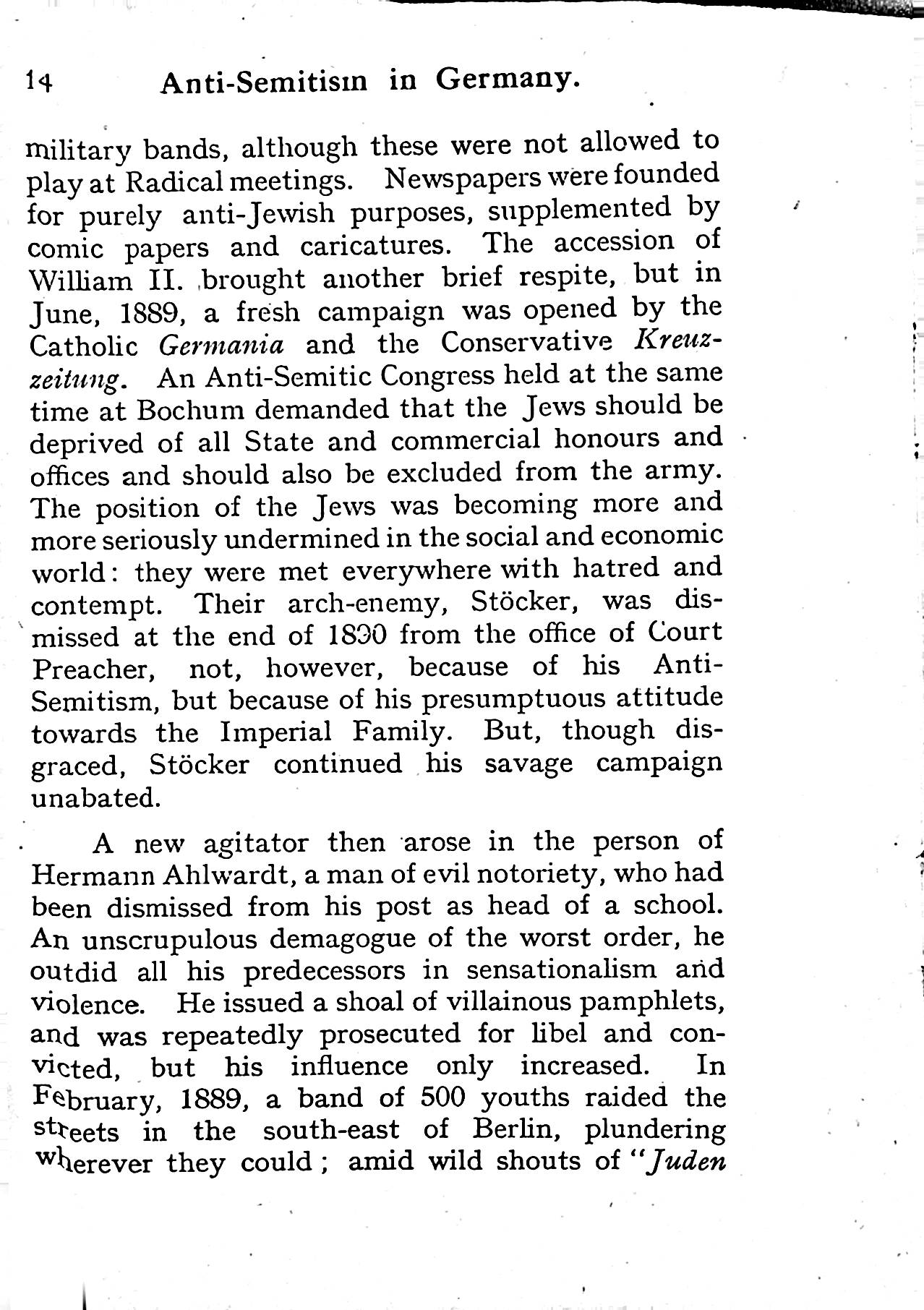 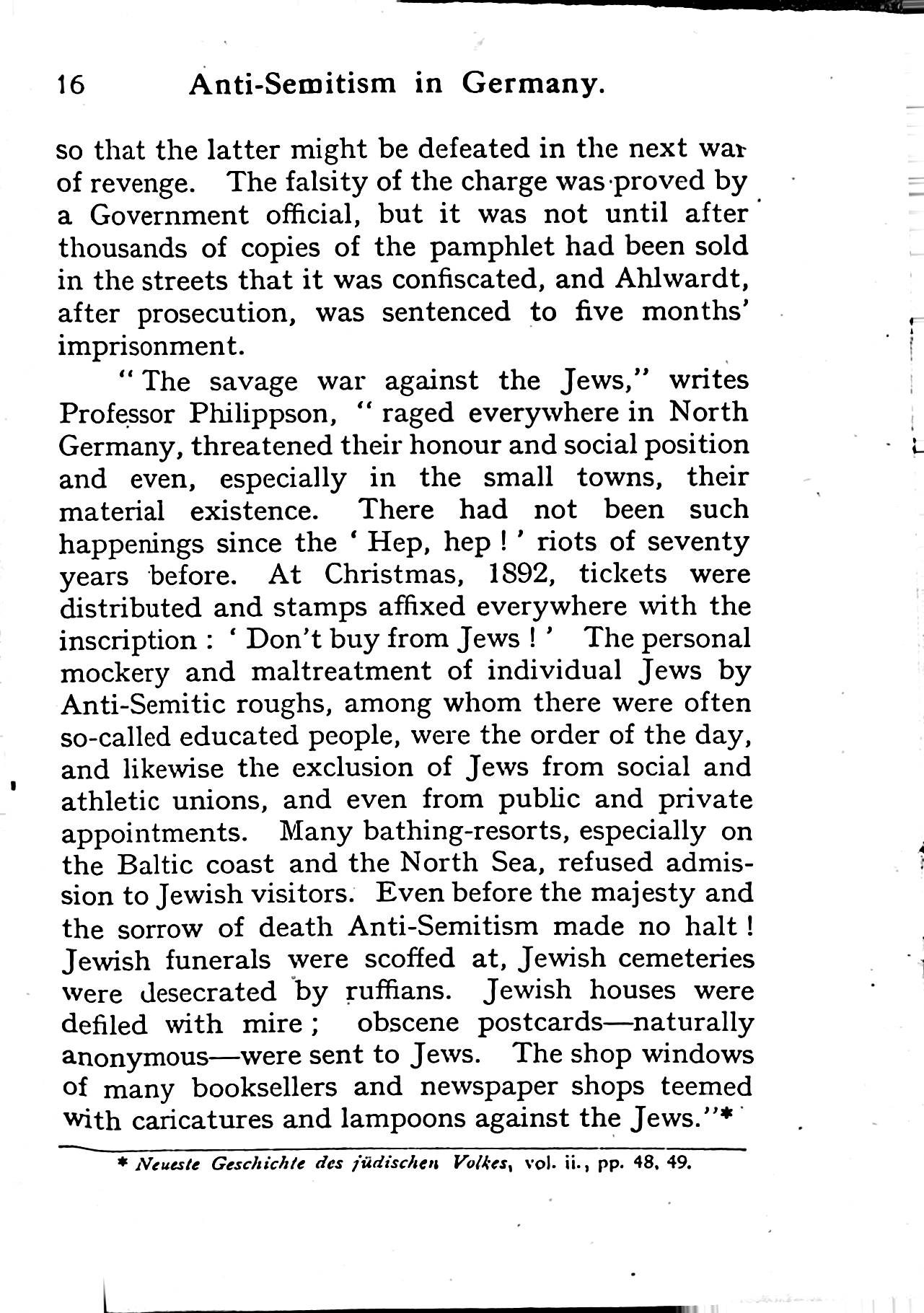