Old Shul (Synagogue) magazines and publications are a bit scarce – people do not keep them.

Hendon Synagogue was founded in the late 1920s, and had its first building at 128 Brent Street from 1928 to 1935.  The current building was opened in 1935 in Raleigh Close, Hendon, and is now known as Hendon United Synagogue (or just “Hendon United”, which sounds a little like a football team!).

Both sets of my grandparents were members, and my parents were married there in 1948 by Reverend Hardman, with David Kousevitzky as the Chazan (cantor).

Reverend Leslie Hardman was educated at Yeshivos in Liverpool, Manchester and Leeds.  He was a chaplain in the British Army in 1942, and became the Senior Jewish Chaplain to the British Forces in Germany.  He was the first Jewish Chaplain to reach the concentration camp of Bergen-Belsen after it was liberated, and was responsible for the funeral and burial of 20,000 Jewish victims. From 1946 to 1982 he was the Minister of Hendon United Synagogue. 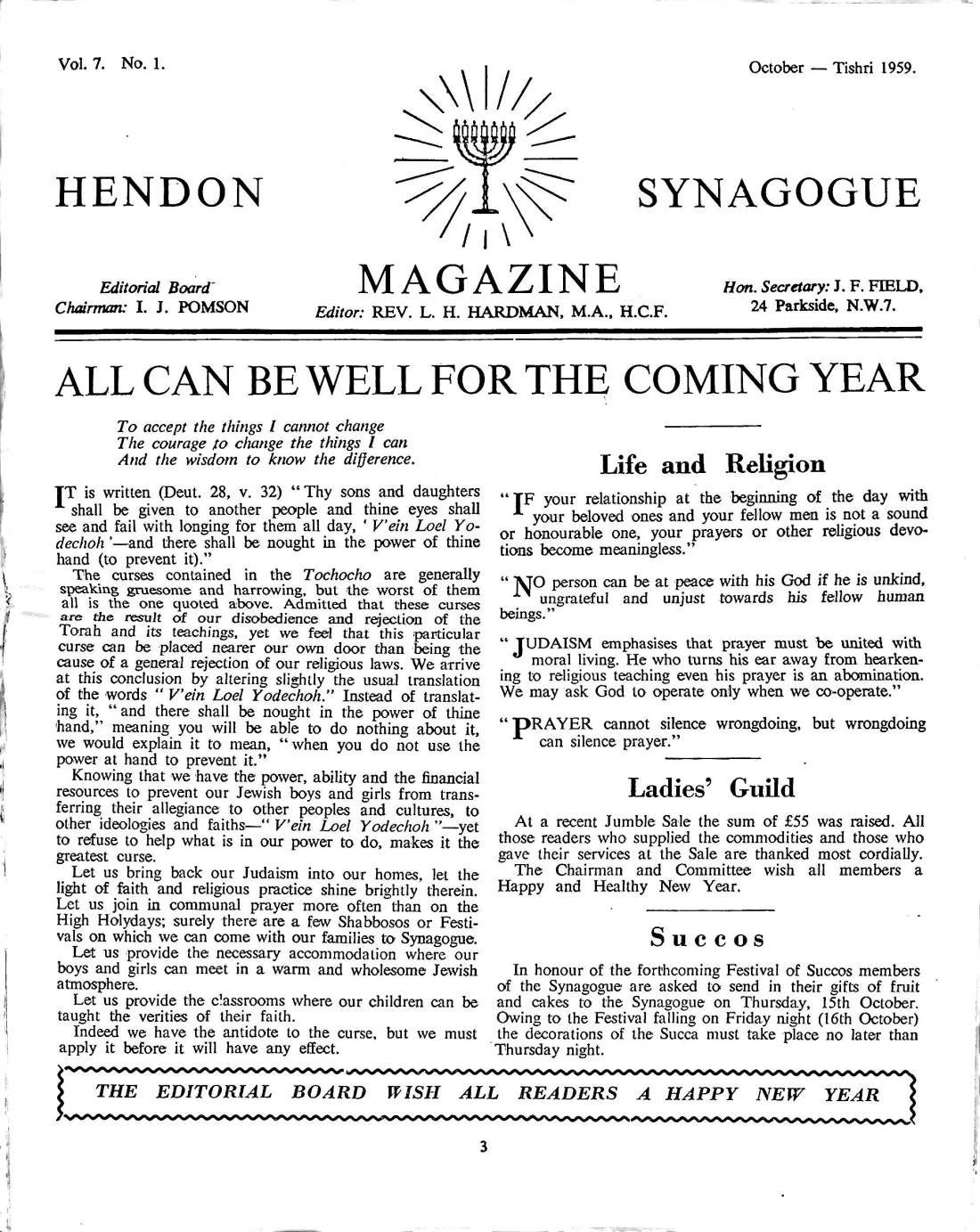 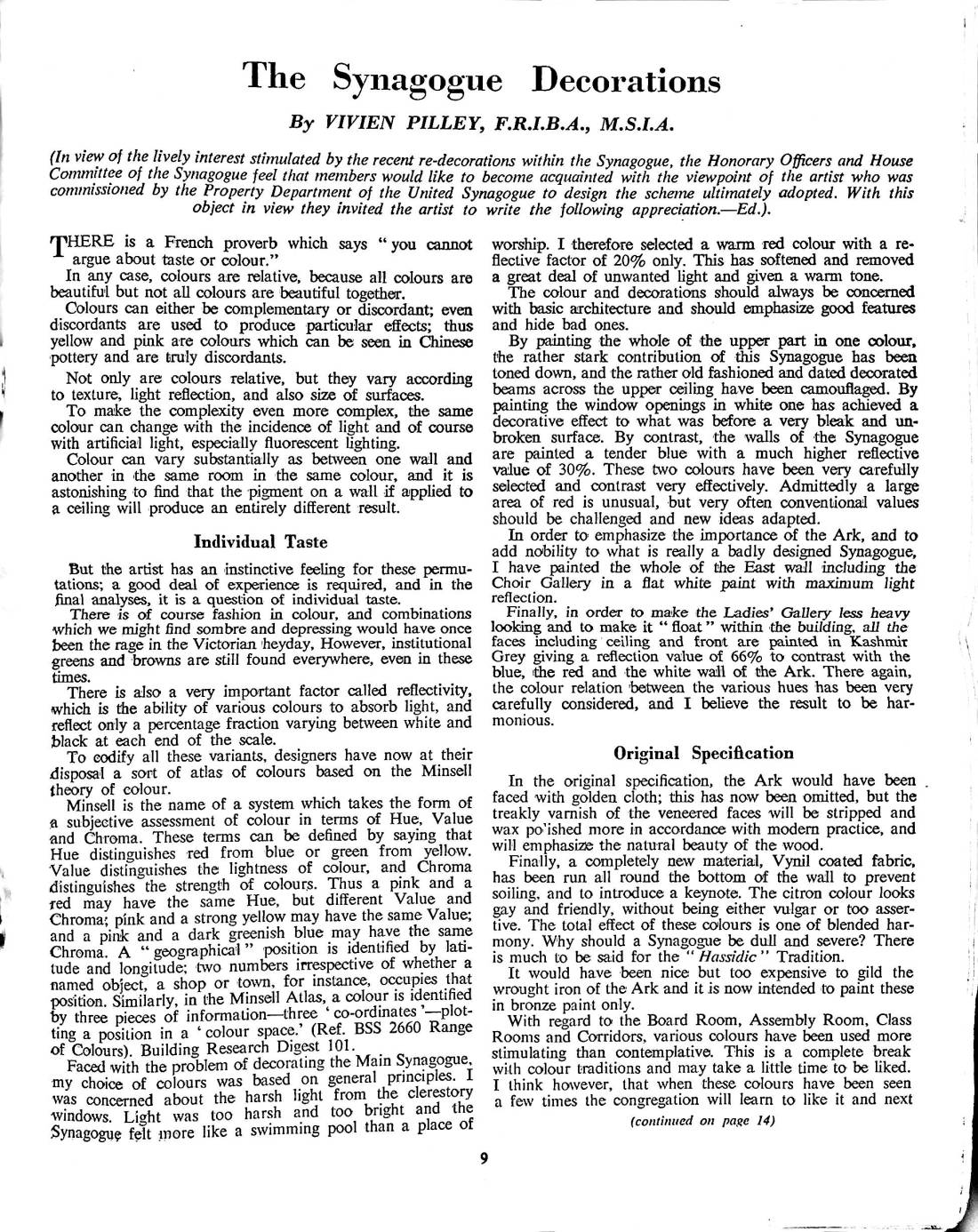 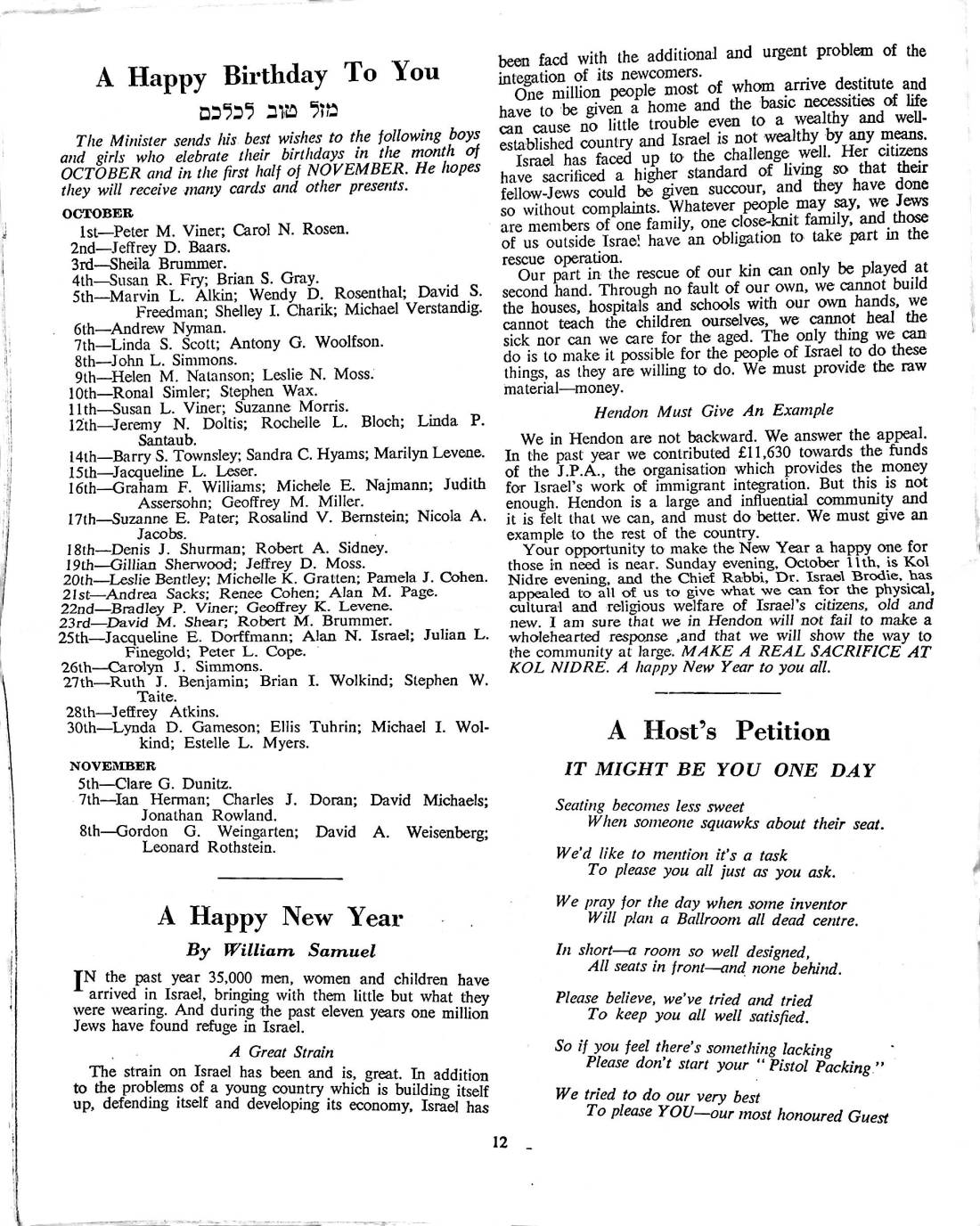 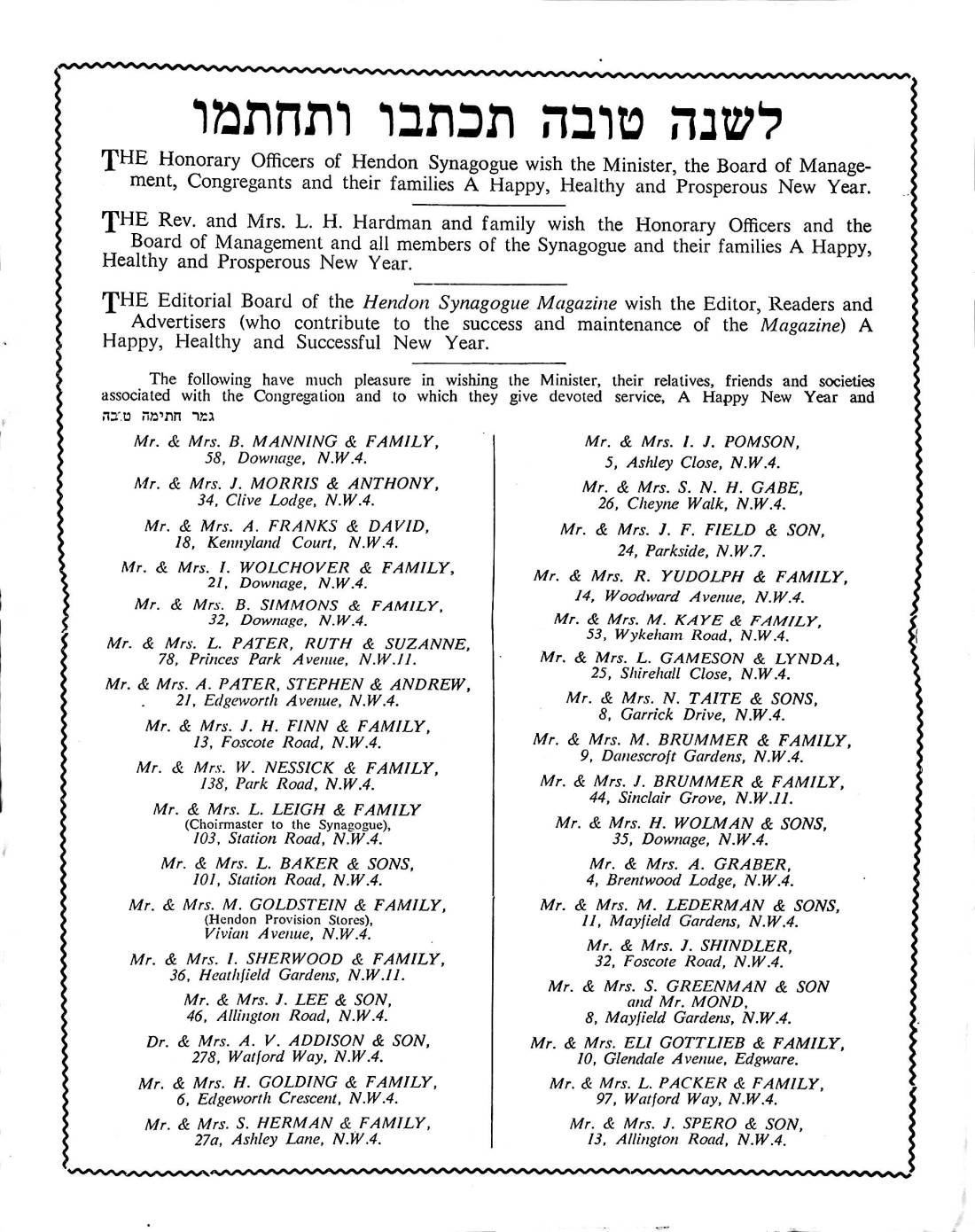