This is an interesting Siddur with historic family inscriptions (for which, read below).  It was printed in London in 1830, in Hebrew with an English translation. Older siddurim are less common than Machzorim and this one has wear on the correct pages – at one time it was well used. 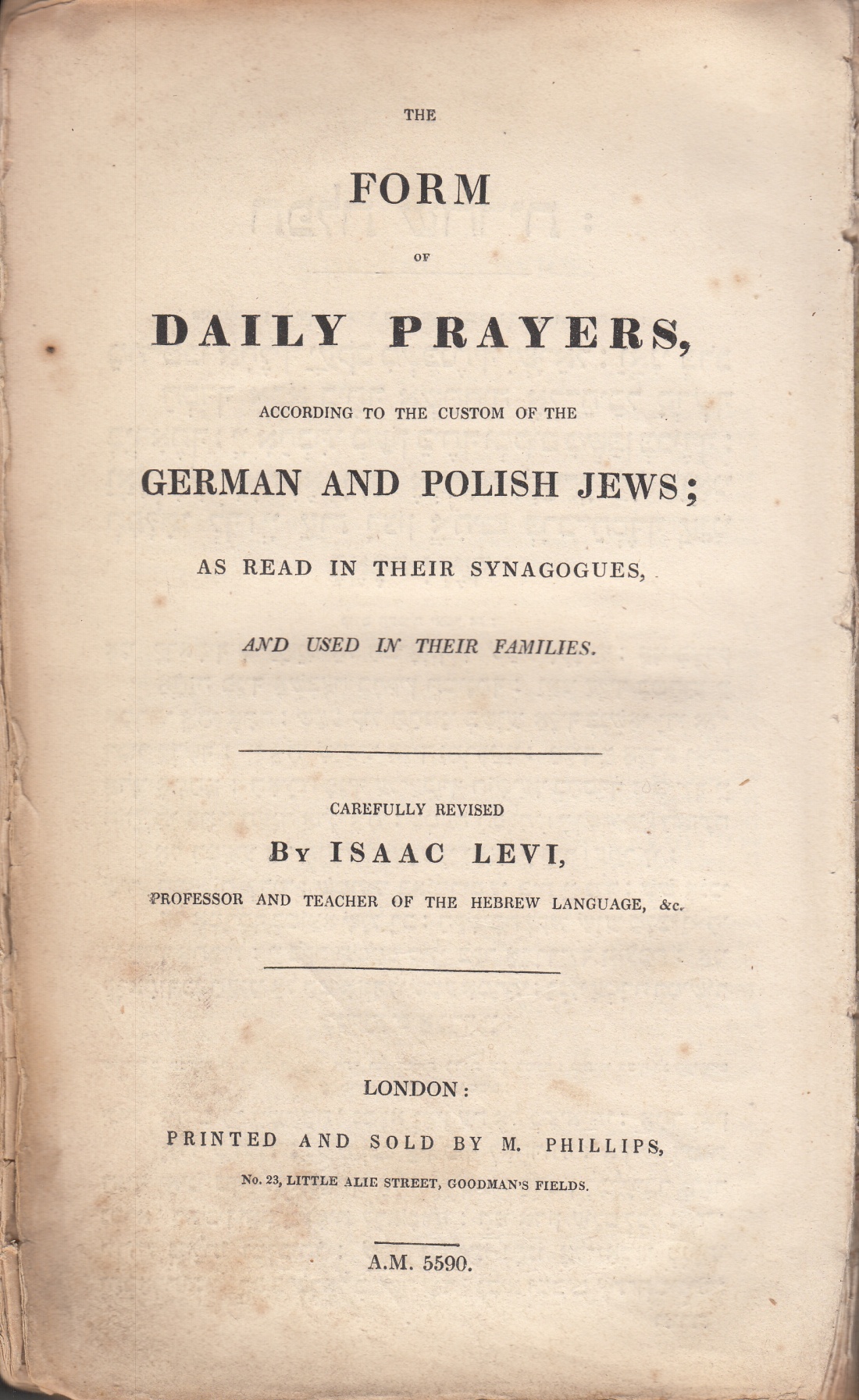 It is well bound in an original leather binding and has a leather bookplate with the initials of its proud owner – A.L. 1833.

The Siddur itself is quite comprehensive and includes a prayer for King George the Fourth:

Alexander Levy was born in Bristol in 1813.  He married Lydia Hannah Abrahams, who came from Taunton in Somersetshire, in 1843.  According to an inscription on the back fly-leaf Alexander Levy had emigrated to Quebec, Canada by the time that he was 21, in 1834.  he obviously returned to England to get married, and stayed in Montreal, where most of his children were born until the 1860s.  He then returned to London, appearing in the census from 1871 to 1911.  He died at the age of 90, at his final address, 29 Anson Road, Cricklewood.

He wrote the important events in his family history on the back fly leaves, and further dates were added after his death: 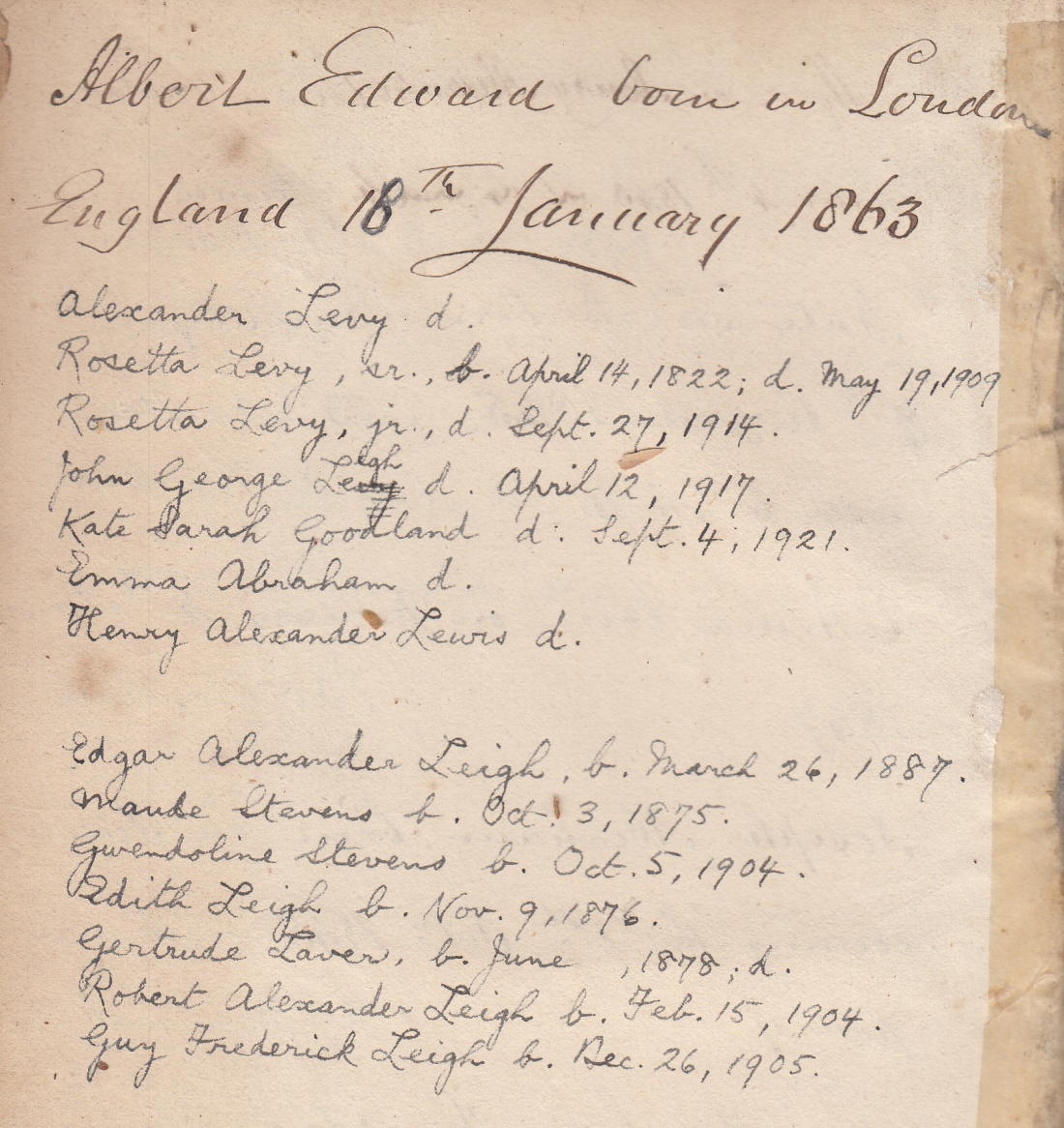