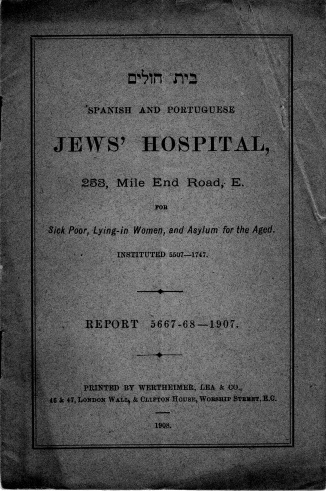 This little booklet is the Annual Report of the Spanish and Portuguese Jews Hospital for Sick Poor, Lying-in Women, and asylum for the Aged, founded in 1747, and known as the Beth Holim.

The hospital was first established in Leman Street, E1, then in 1790 was transferred to 253 Mile End Road. The modern building, now on the site, was erected in 1912, although the style is that of a 17th century building.

In 1977 the Beth Cholim was removed to Forty Avenue, Wembley where it now flourishes.  The old building is now used by Queen Mary College. 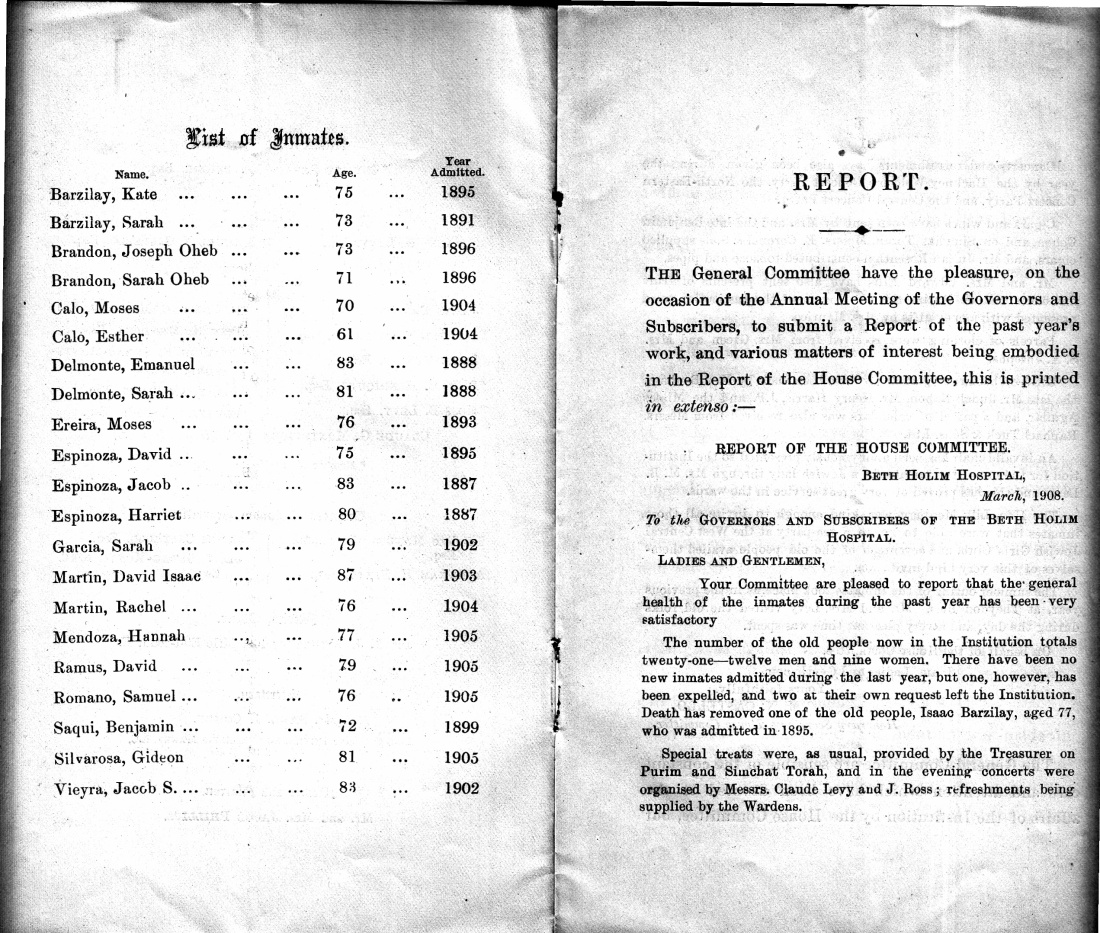 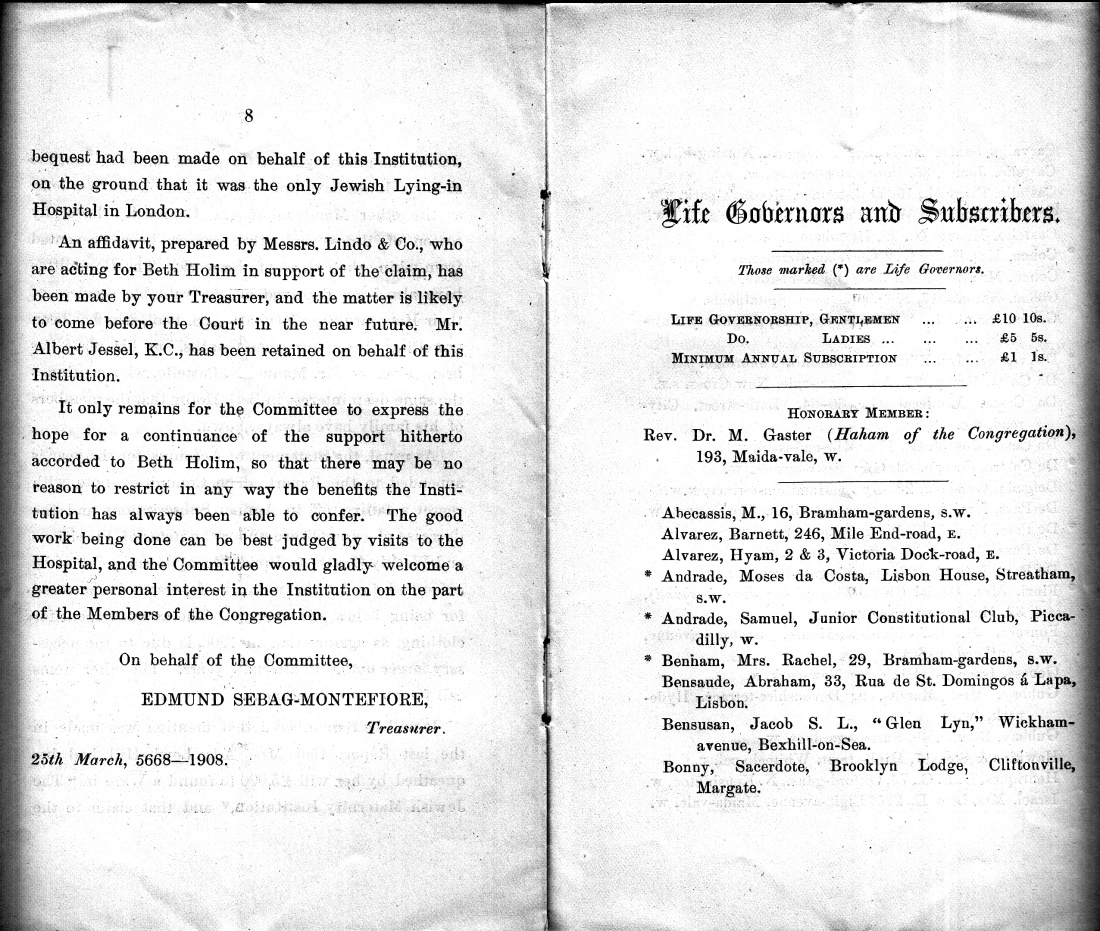