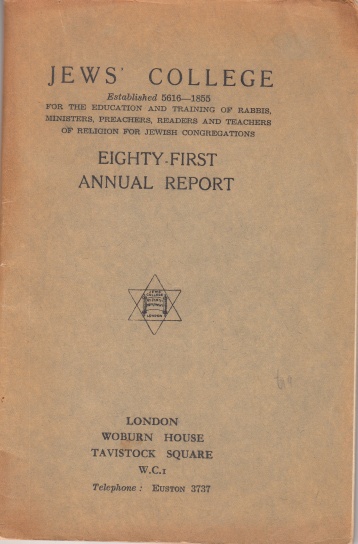 This is an interesting annual report about the finances, operations and curriculum of a tiny college in 1937 with about 27 students, six teachers and two librarians.  Jews College was founded as a Rabbinical Seminary in London in 1855.  In 1937 it was housed in Woburn House, Tavistock Square.  The Principal, since 1906, had been Adolph Buchler, an Austro-Hungarian rabbi, scholar and theologian.  The Lecturers were Samuel Daiches, A. Marmorstein, Isidore Epstein (who was also the Librarian), Rev. N. Peckar (Chazanut and Music) and Pinkus Harris (Elocution).

It is known today as the London School of Jewish Studies, based in Hendon.  I have not scanned the financial accounts and donations, but here are some of the other pages: 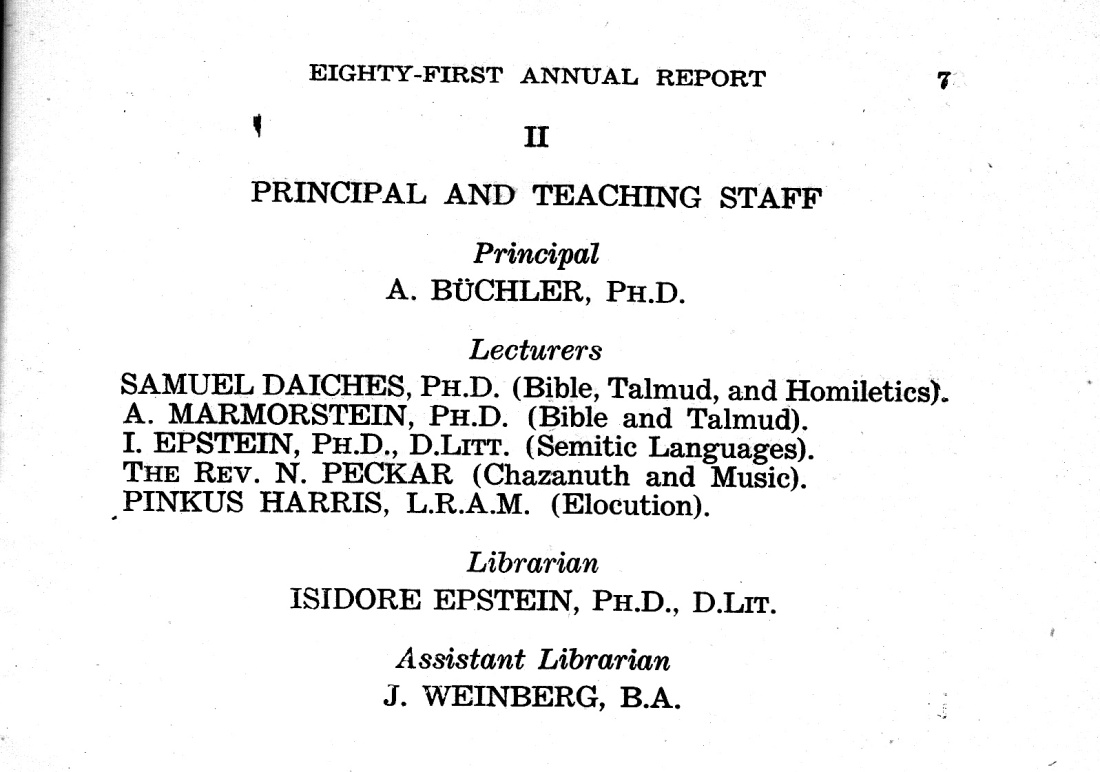 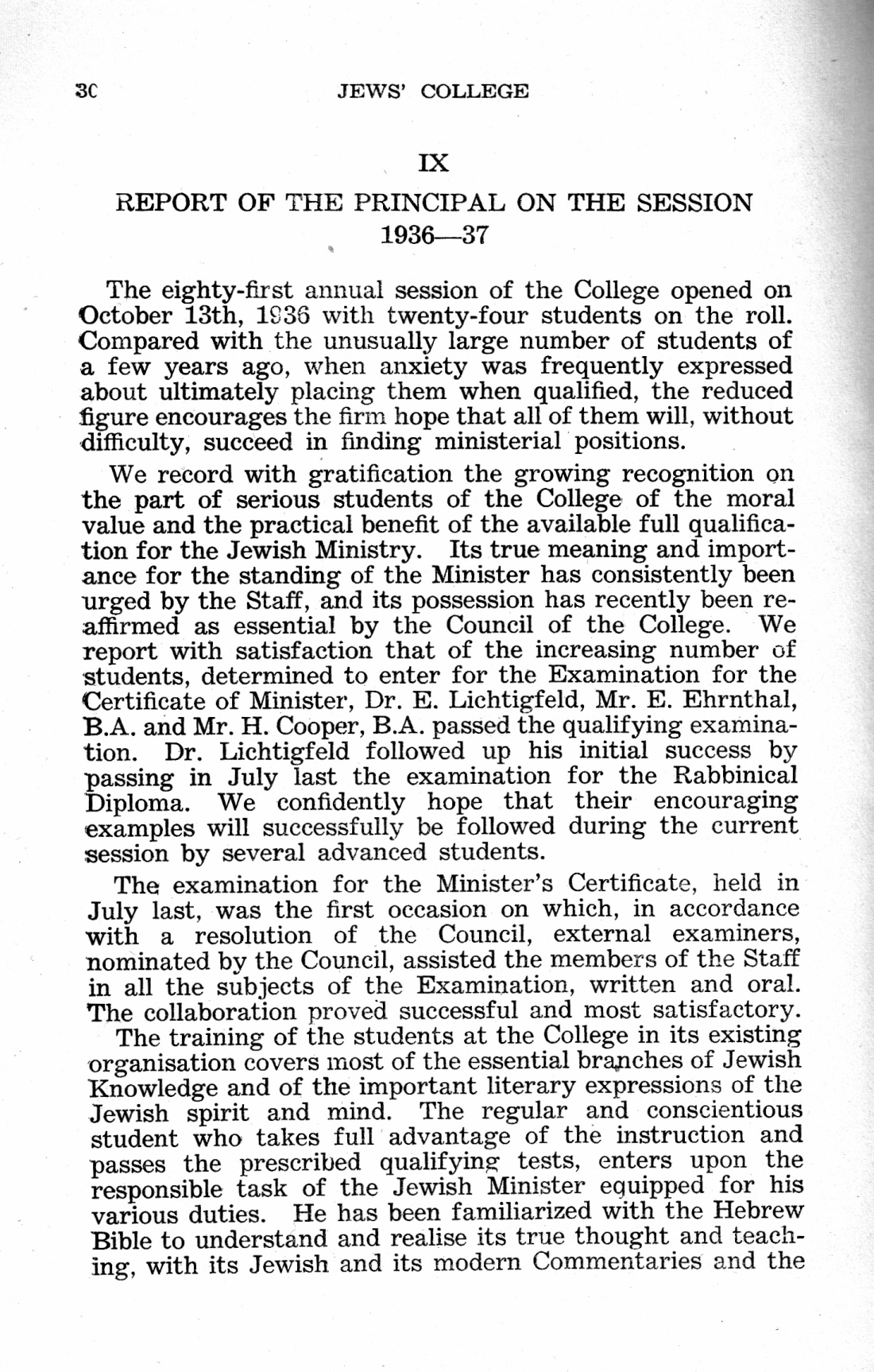 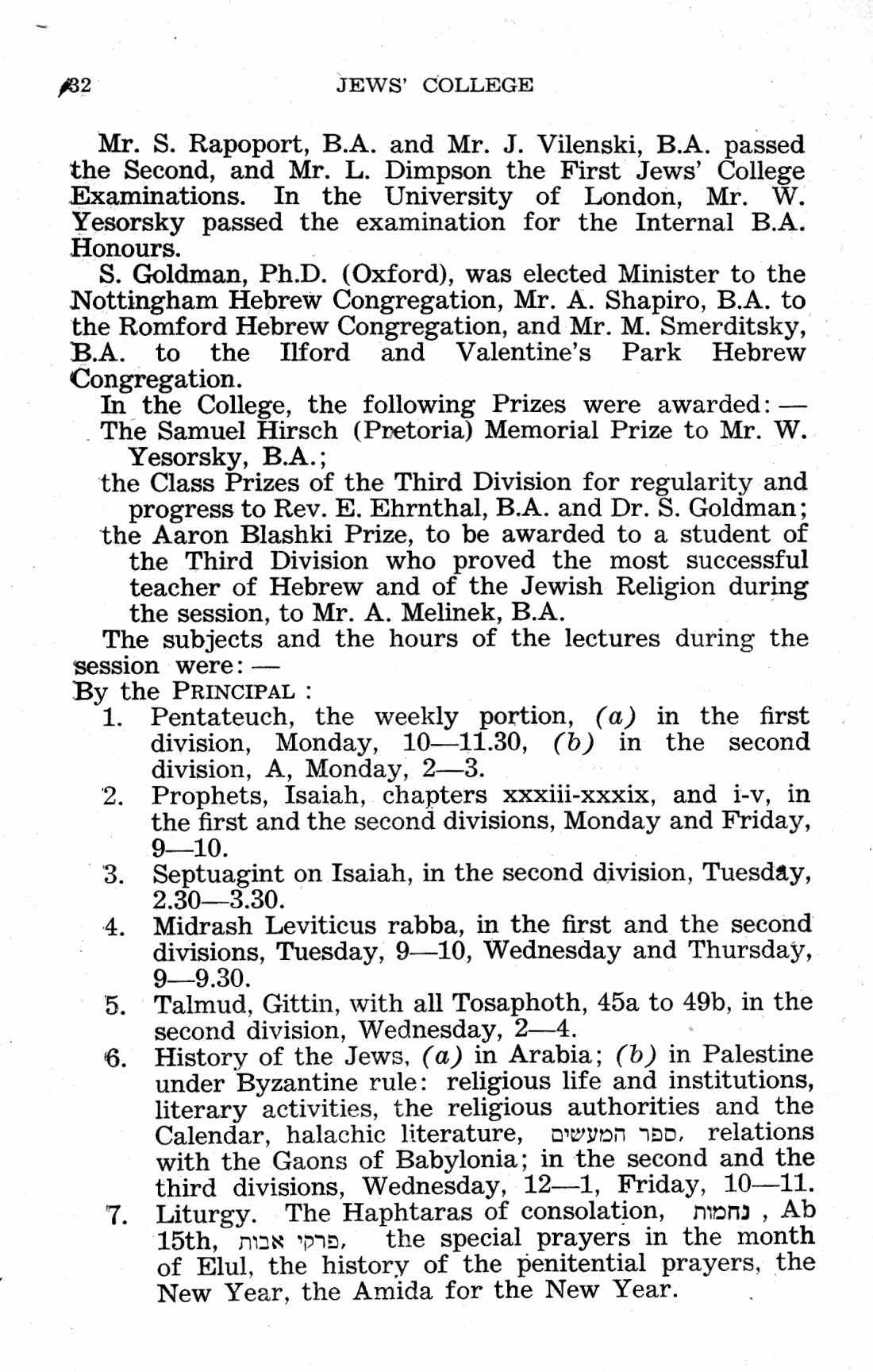