This is a very large sized folio book with a remarkable collaboration between two heavyweights.  The first is Rabbi (later Dayan) Samuel Isaac Hillman of London.  This is one of his series of books called Ohr HaYashar, with his commentaries and novella on various tractates of the Talmud.  This one is on Bechoros.  The second section consists of a ‘kuntres’ – an article or small book on the same subject by his son-in law, Rabbi Dr. Isaac Halevy Herzog.  Rabbi Herzog at the time was the Chief Rabbi of Dublin, Ireland who was later to be appointed Ashkenazic Chief Rabbi of Palestine, and then the first Chief Rabbi of the State of Israel.

Rabbi Isaac Herzog was the son of Rabbi Joel Leib Herzog, of Leeds and Paris, whose book Imre Yoel was covered in a previous post.  You can read it here.

Dayan Hillman’s grandson and Rabbi Herzog’s son was Chaim Herzog, the sixth President of the State of Israel.

The book was printed in 1921 at the Express printing house, 89 Commercial Street, E1. 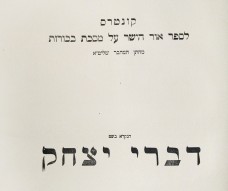 This is the start of the second section of the book, written by Rabbi Isaac Halevy Herzog: 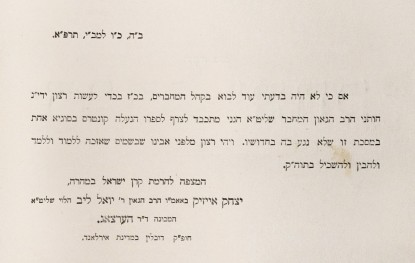 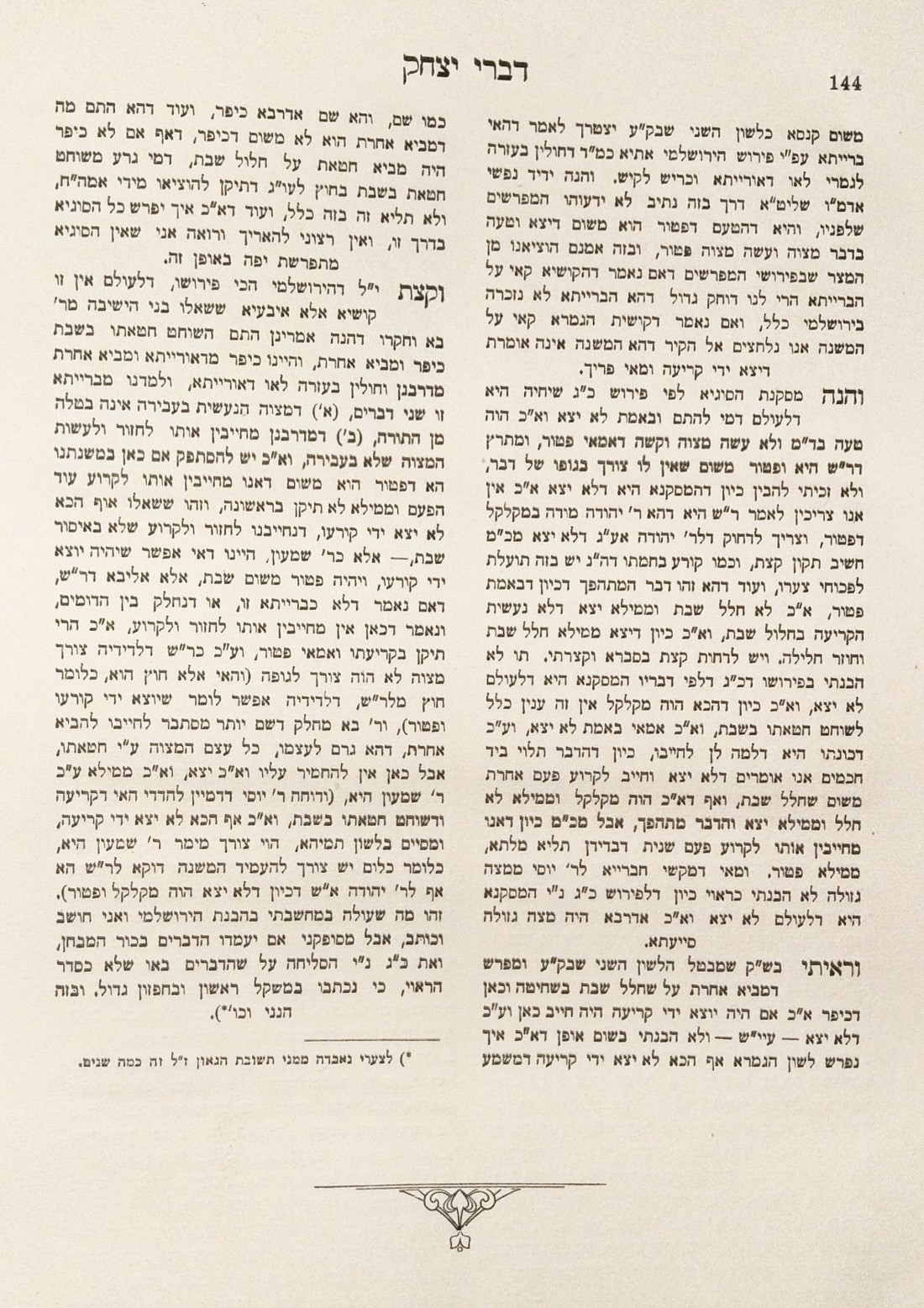 One thought on “Sefer Ohr Hayashar by Rabbi Samuel Isaac Hillman of London on Tractate Bechoros, with a Kuntres (article) by his son-in-law, Rabbi Isaac Halevy Herzog of Dublin, Ireland, London 1921”