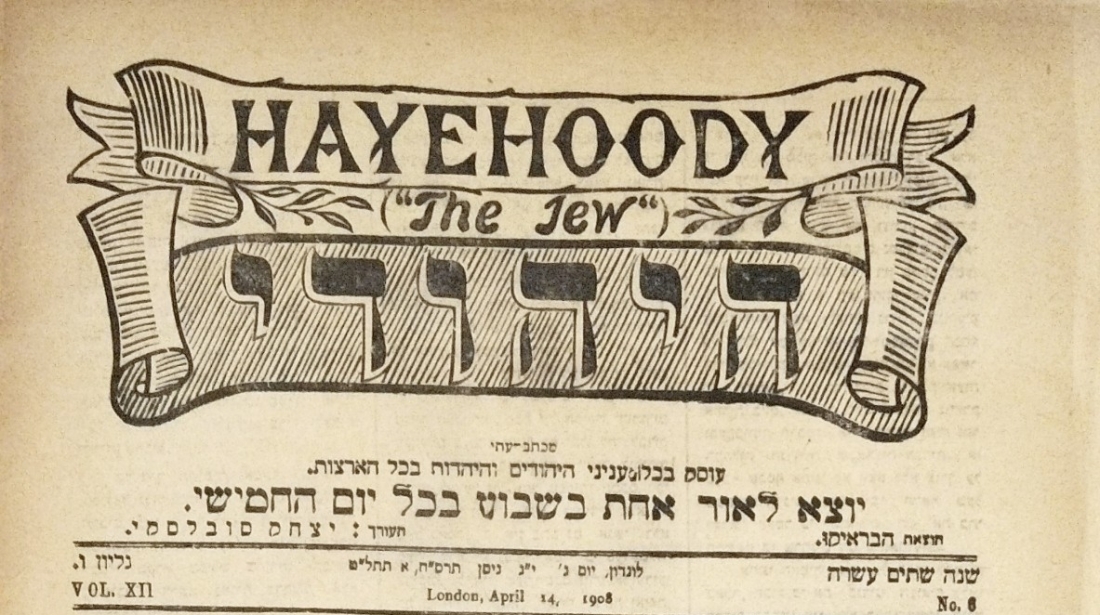 Below you will find a complete copy of Hayehoody – The Jew – which was a weekly Hebrew newspaper written, edited, typeset and printed by one man – Rabbi Isaac Suwalsky.  I have seen a bound volume of these in the National Library in Jerusalem.  I have one copy, which is printed on paper that is browned, cracking and disintegrating.  It is the pre-Pesach issue of 14th April 1908.  I have not been able to find any other copy on the web – although surely there must be one somewhere – and so we have decided to preserve this, and I am grateful to my daughter Navah Maynard for carefully photographing and enhancing all 16 pages.

Isaac Suwalsky was born in 1860 in Kolno, a suburb of Lomza and taken to Warsaw as a young child.  He was educated at the Yeshiva of Volozhin, was a student of Rabbi Joseph Dov Soloveitchik and got Semicha (his Rabbinical diploma) at a young age.  As a Hebraist he was writing articles for the Hebrew press in Europe, and came to London in the 1890s.  He became a naturalized British citizen in 1903, and died in 1913.

He founded Hayehoodi in 1897.  It apparently had a small circulation, mainly in the East End of London amongst a small number of Hebrew readers.  At the time, apart from the established Anglo-Jewish press in English, including the Jewish Chronicle, there were several Yiddish newspapers, but only this one in Hebrew.  It was a labor of love.  Uncompromisingly orthodox, Rabbi Suwalsky did everything from writing through typesetting and printing.  He lived in poverty – he did not earn much from his writing, and when he died the Jewish Chronicle appealed for money to help support his wife and children.

His funeral in 1913 was a major event.  The procession stopped at the Spitalfields Great Synagogue, and then went to the Philpot Street Synagogue for the hespedim (funeral orations).  Dayan Feldman and Rabbi Moses Gaster both spoke.  He is buried at Edmonton.

And here is – for those who read Hebrew – a complete edition of Hayehoody – maybe the only one on the web.  Pay attention to the advertisements, all set in type.  A rich selection of bookshops and kosher wine-shops. 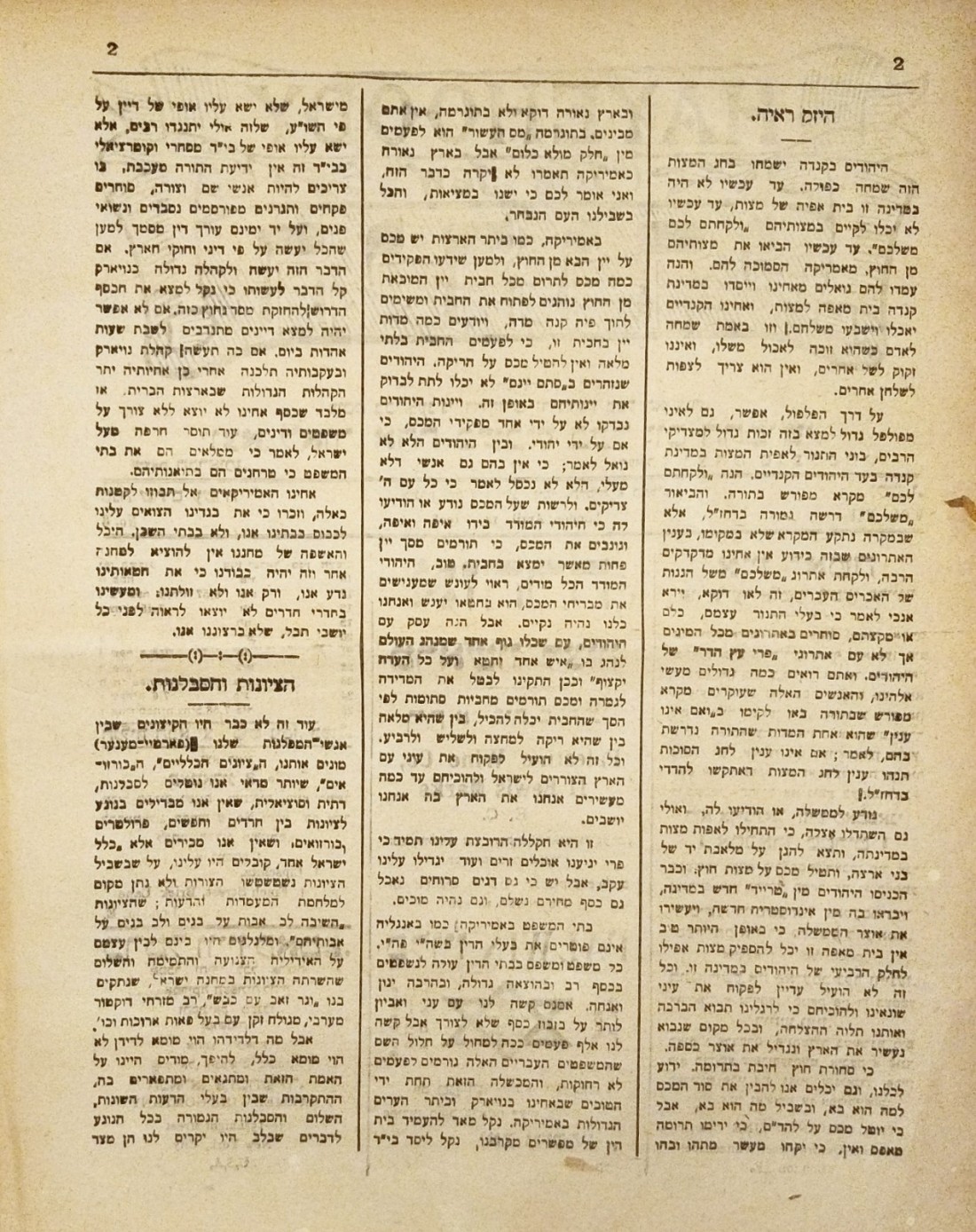 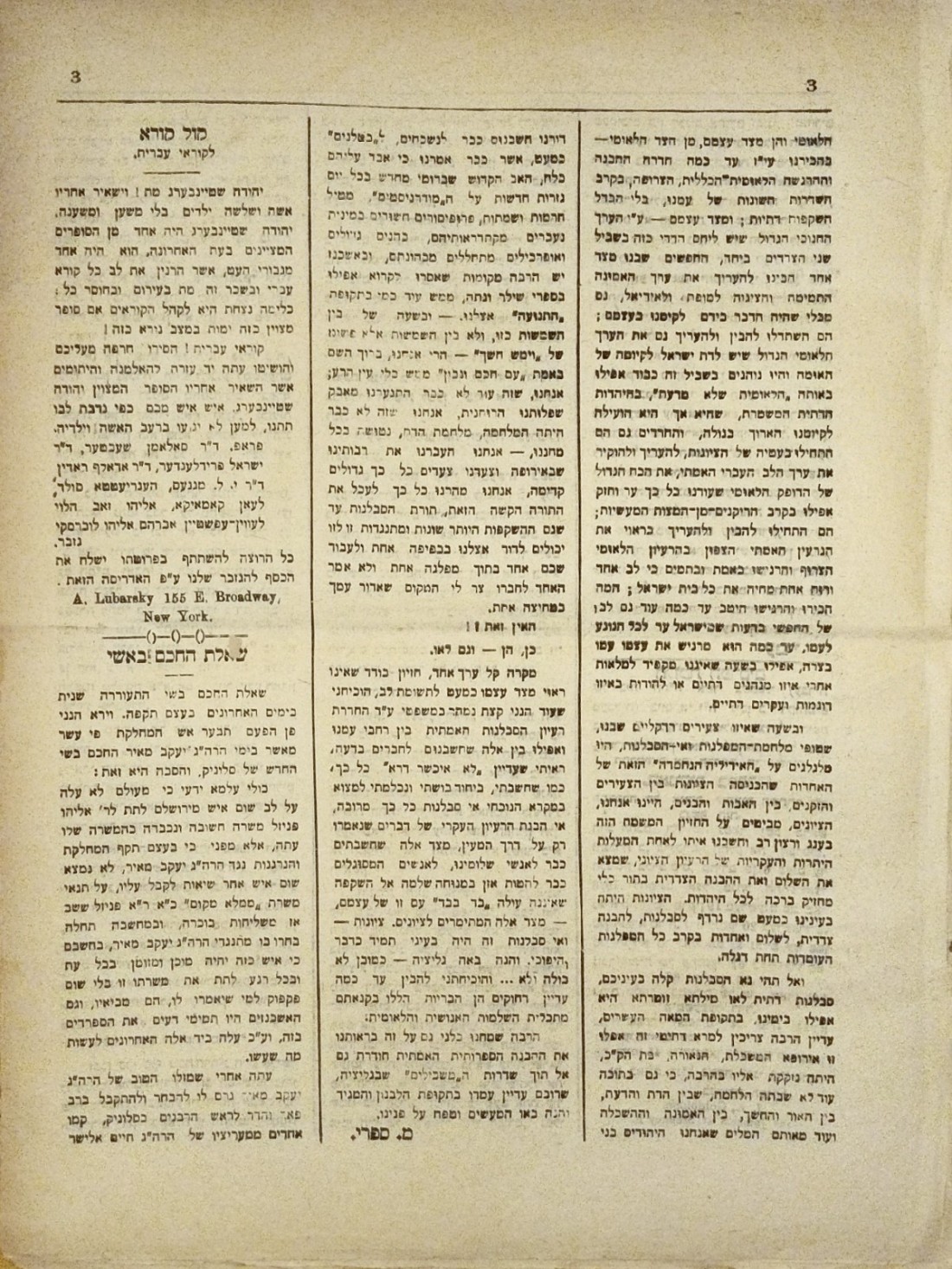 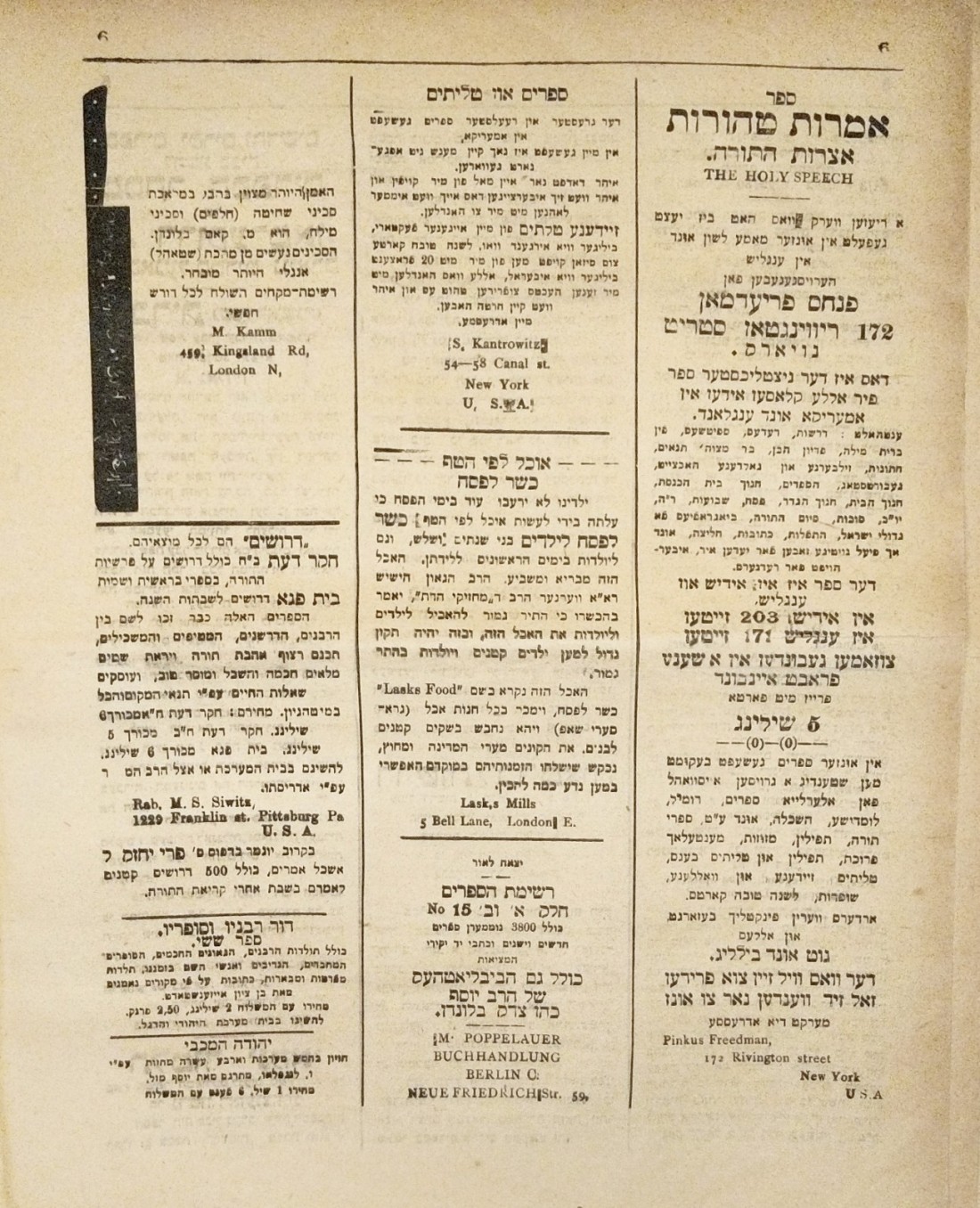 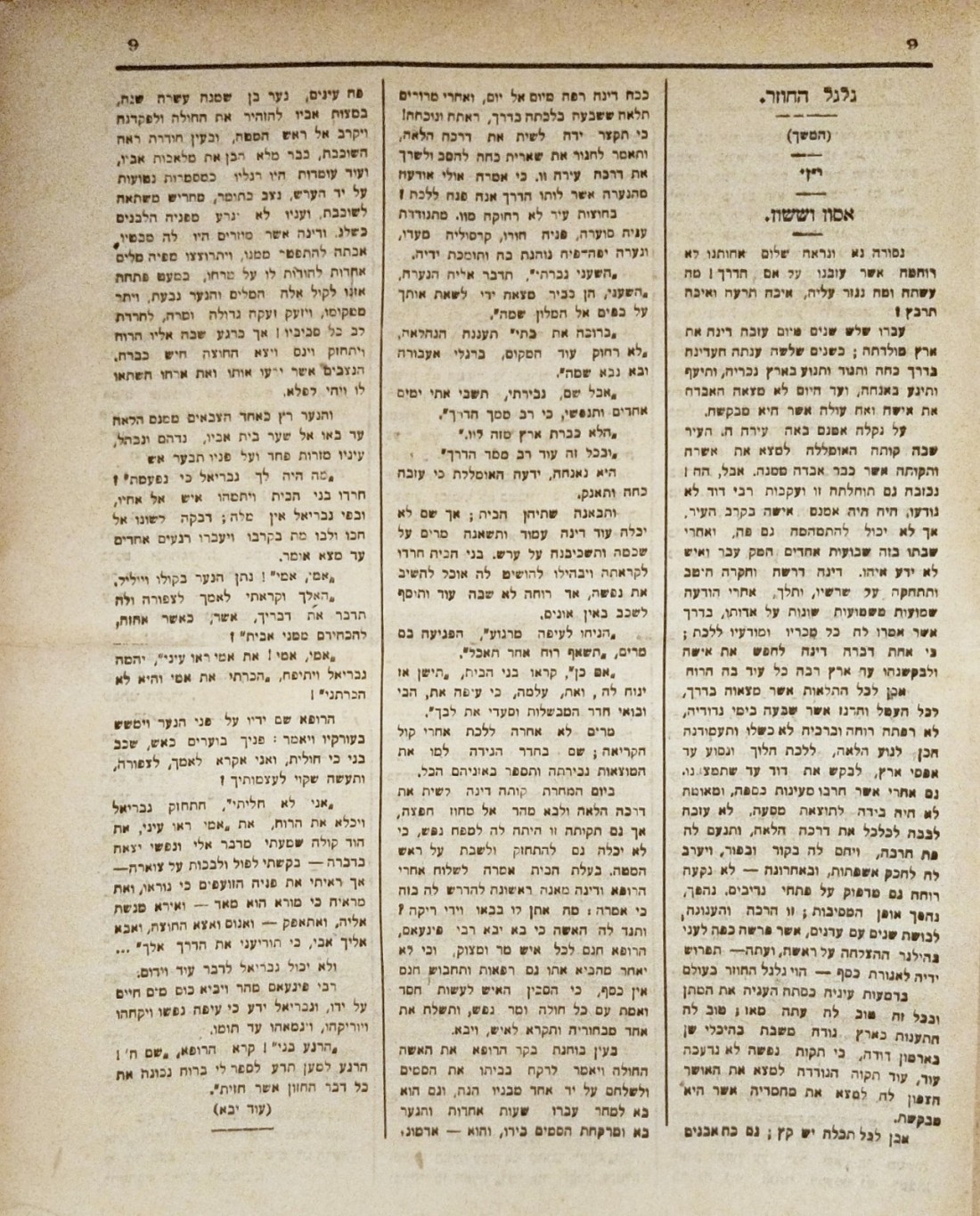 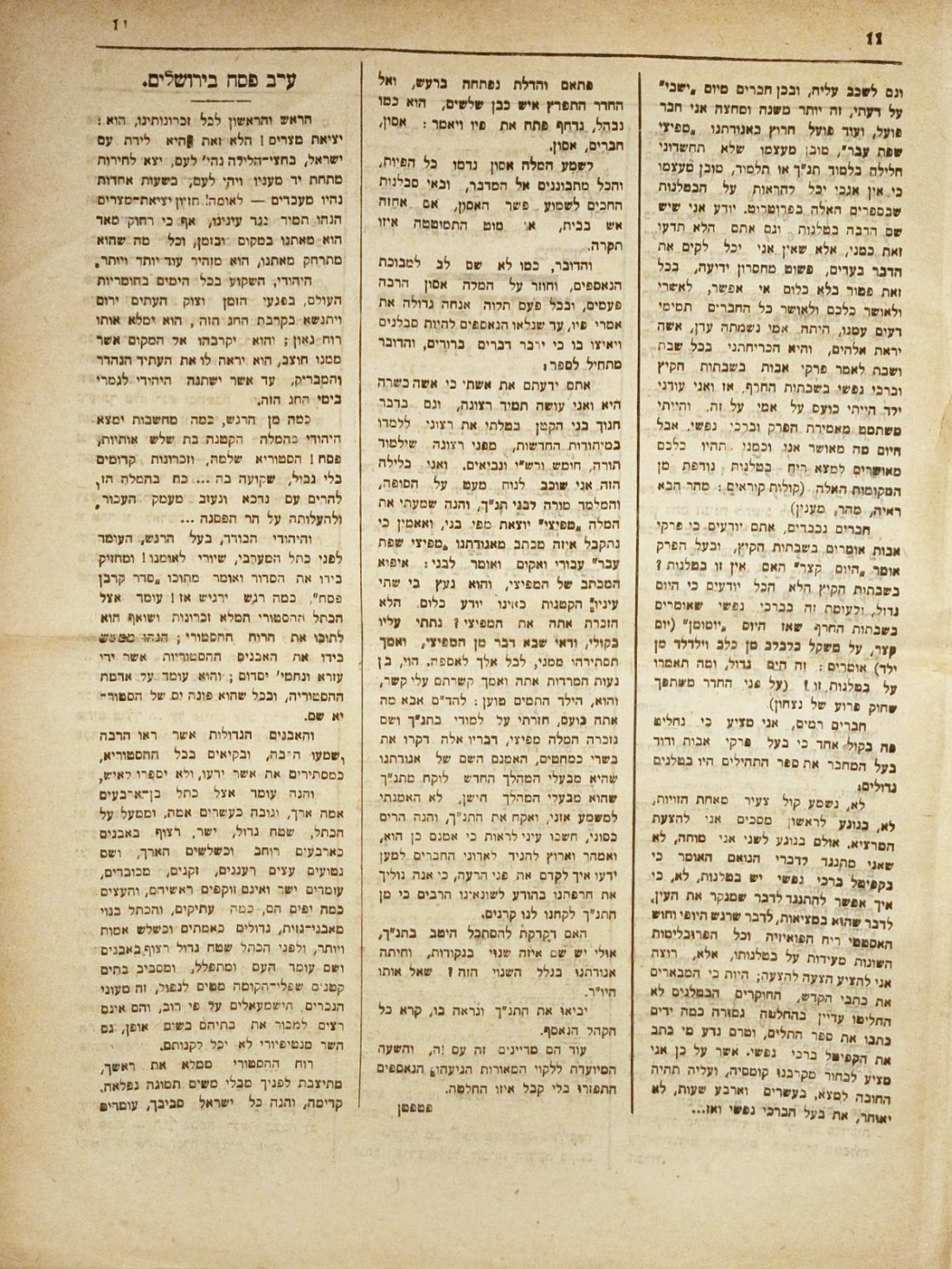 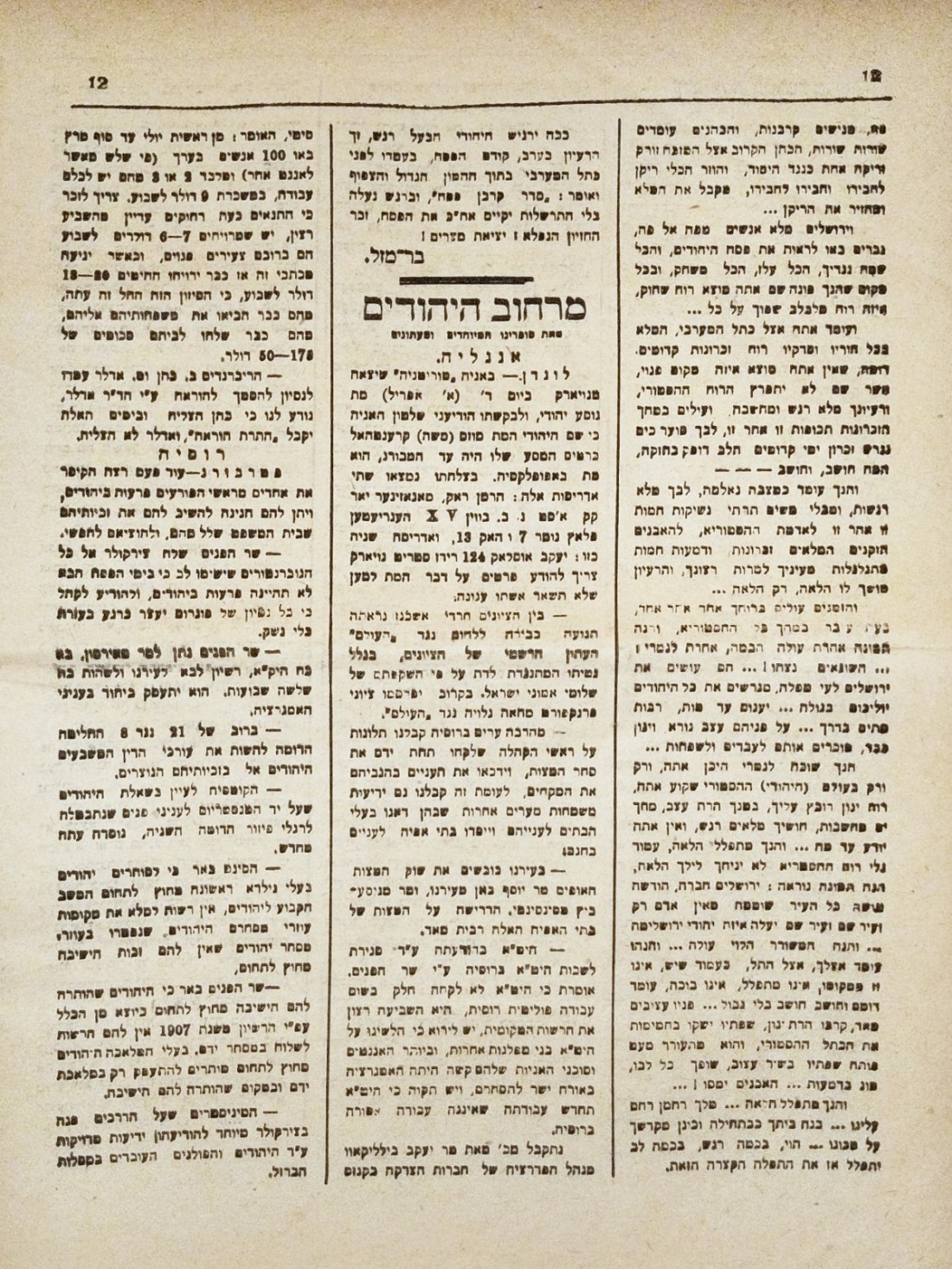 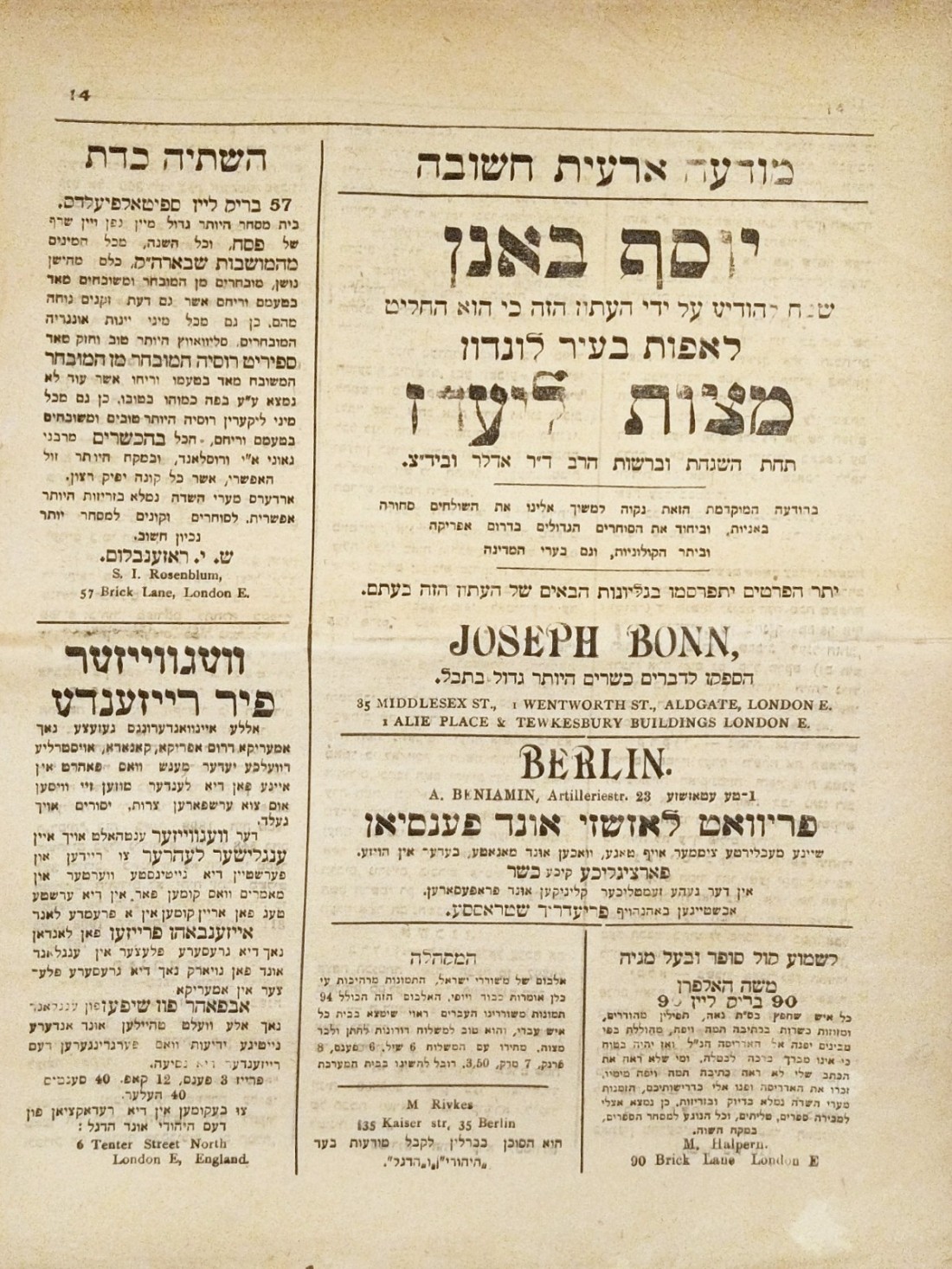 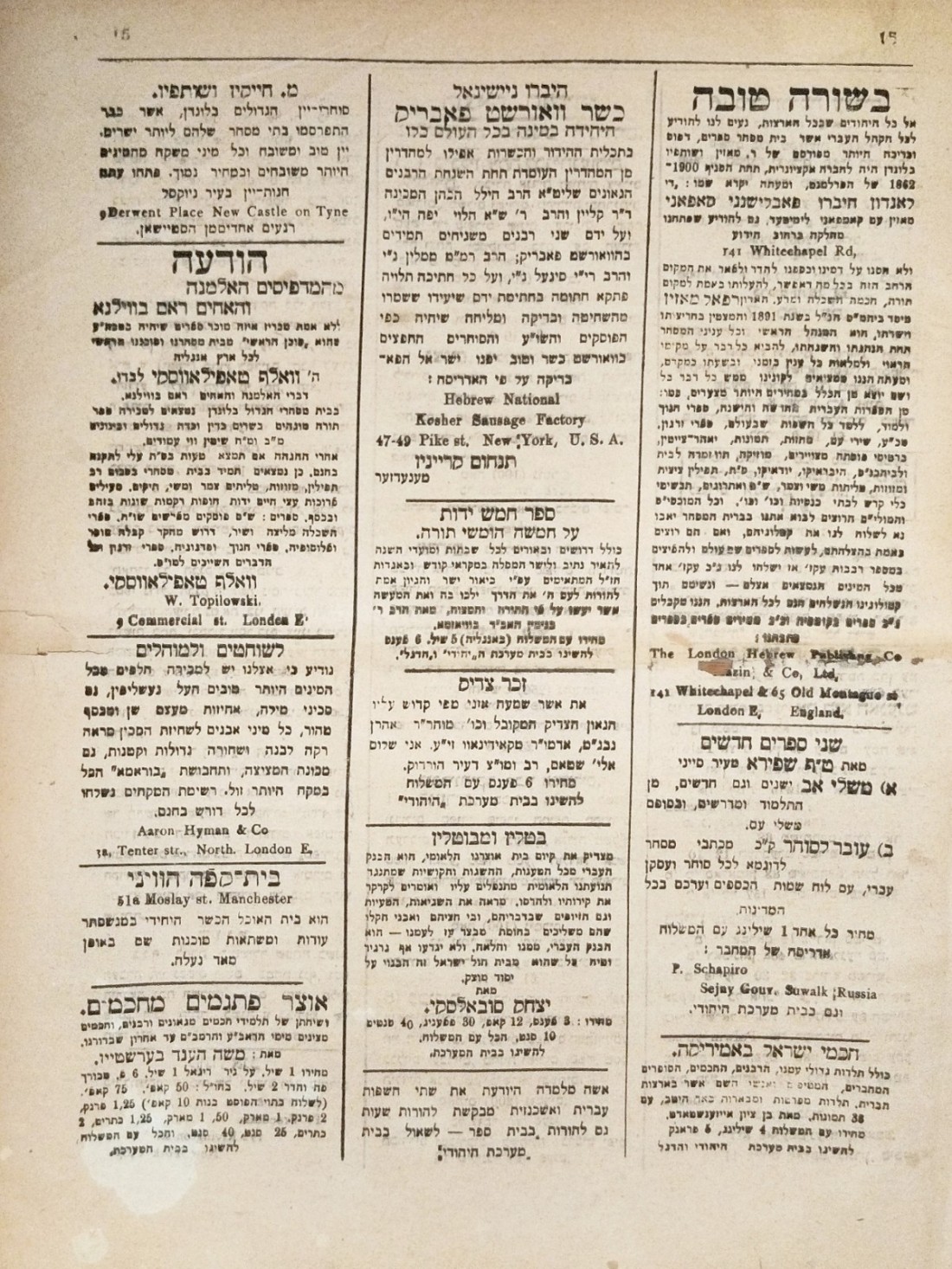 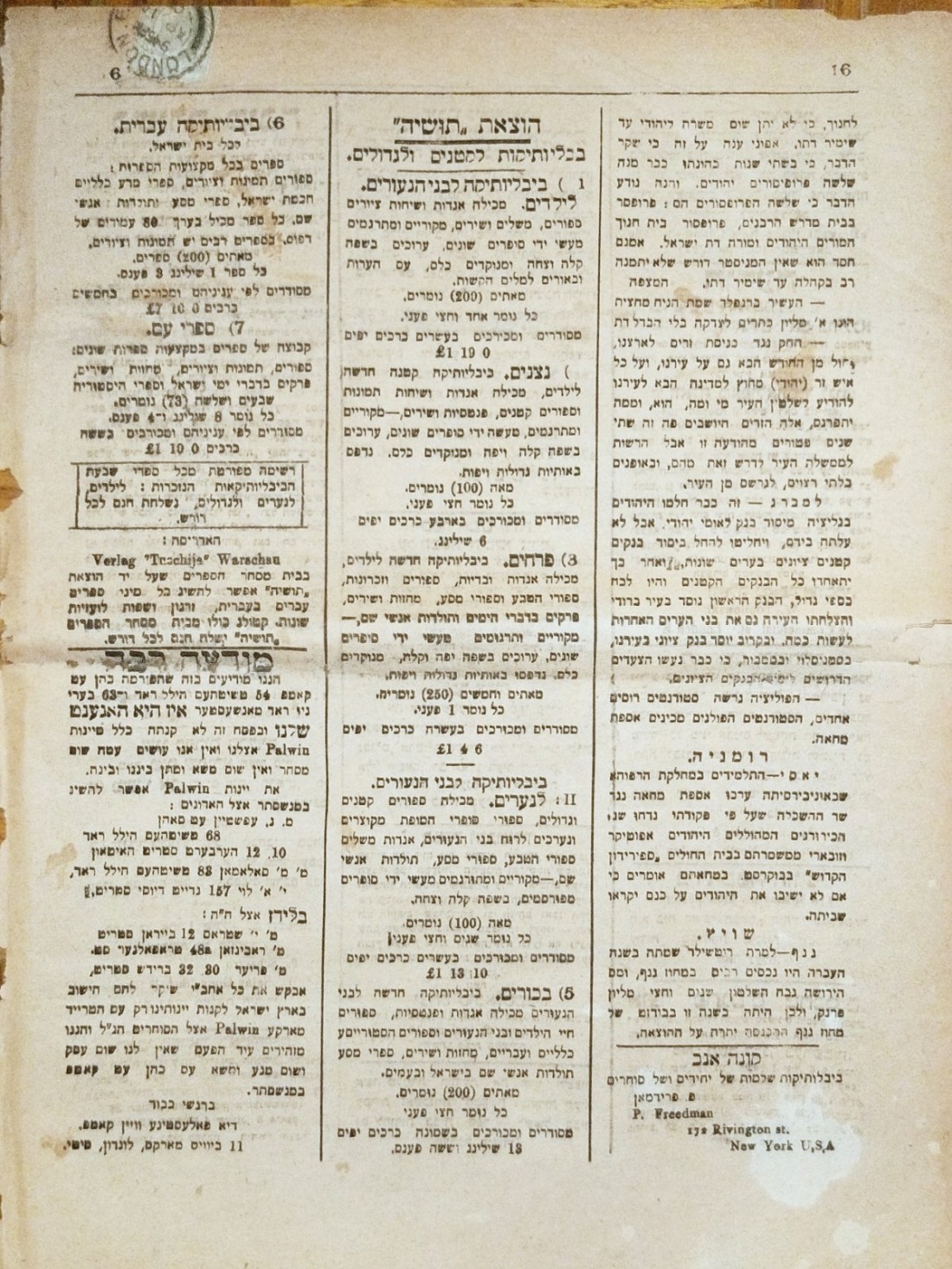