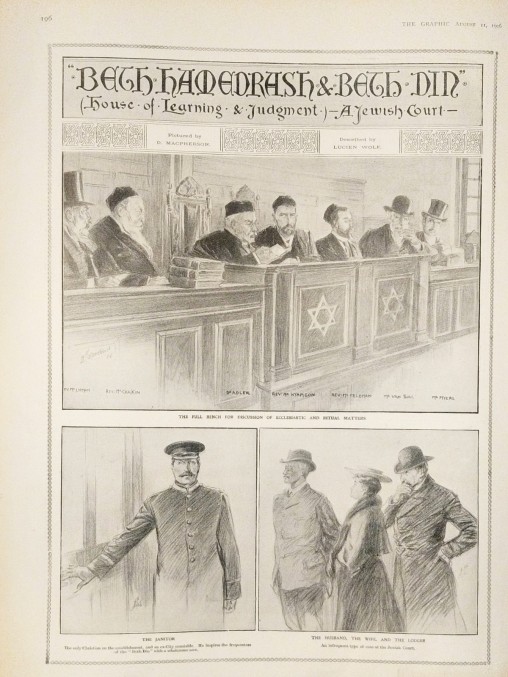 The London Beth Din is the Beth Din of the United Synagogue, the Court of the Chief Rabbi.  As well as functioning as a Court, it is in charge of running Kashrus certification.  These senior religious judges, under the chairmanship of the Chief Rabbi, at that time Rabbi Dr. Herman Adler, included mainly more ‘anglicised’ personnel.  In order to be inclusive of the communities of more recent immigrants, there was a desire to include a Rabbi of eastern European origin who would be a Talmudic scholar of stature.  The Chief Rabbi had appointed Rabbi Moses Avigdor Chaikin, who was a scholarly Rabbi born in Russia,  a Talmudic expert, and the Chief Minister of the Federation of Synagogues to the Beth Din.  You can read more about his book Tsiun Rashi here.  Dayan Chaikin was originally only given the title of Assistant Dayan, even though he was probably a greater scholar than his colleagues.  The Federation of Synagogues withdrew him from the Beth Din until his title was recognized. 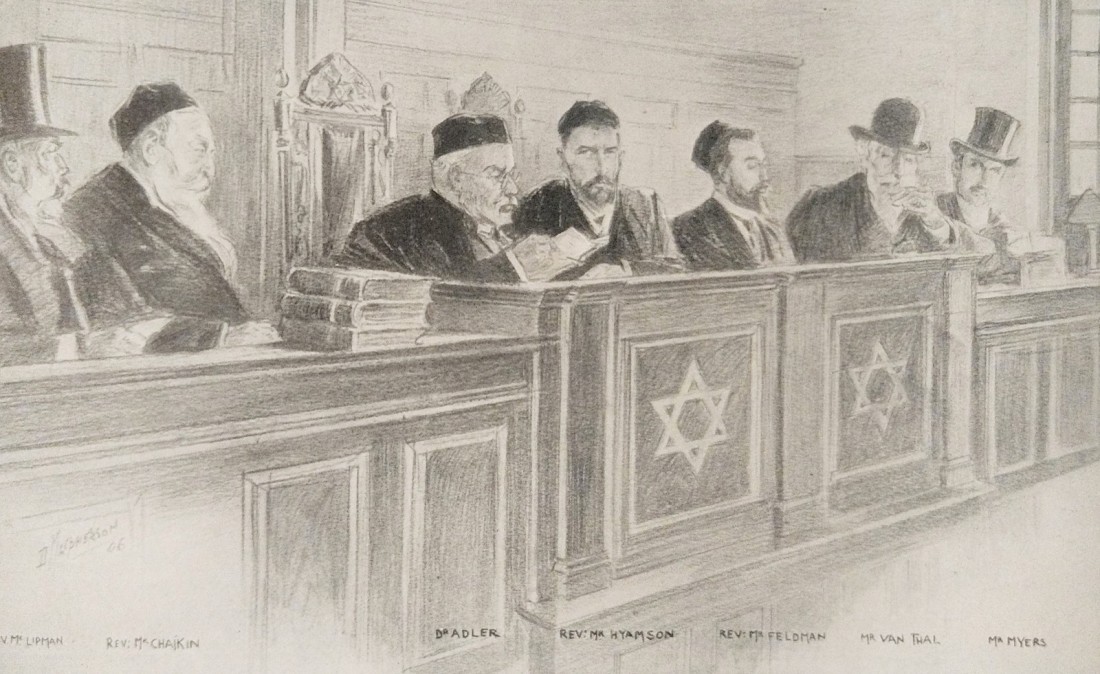 The images are striking: 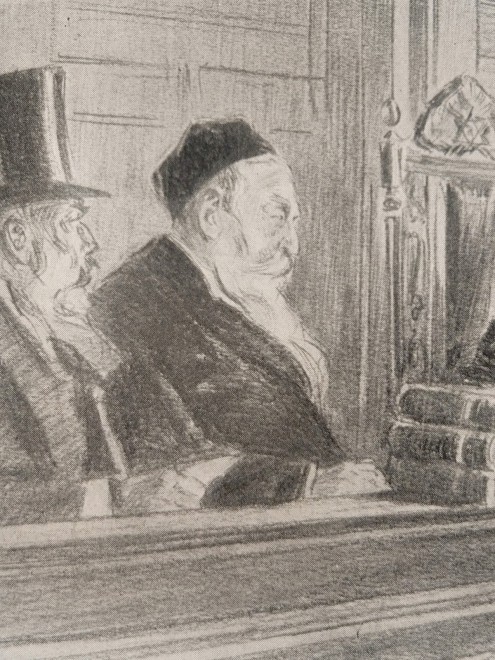 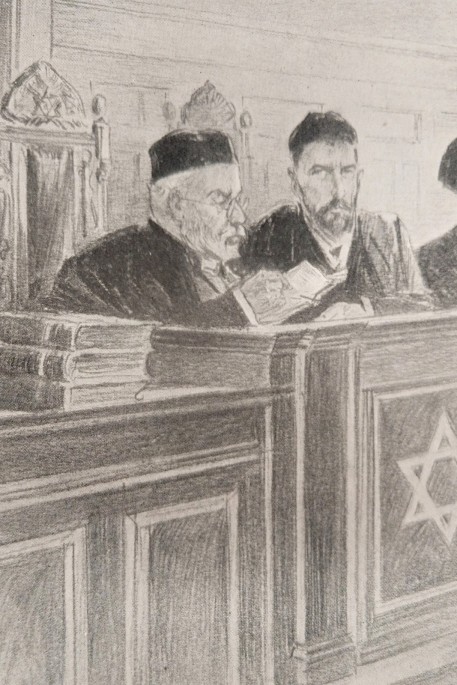 On the right is Dayan Moses Hyamson, who was born at Suwalki, Russia, in 1863, and educated at Jews College and University College, London.  he received his rabbinical diploma (Semicha) from the Chief Rabbi in 1899.  He was also Librarian of the Beth Hamedrash. 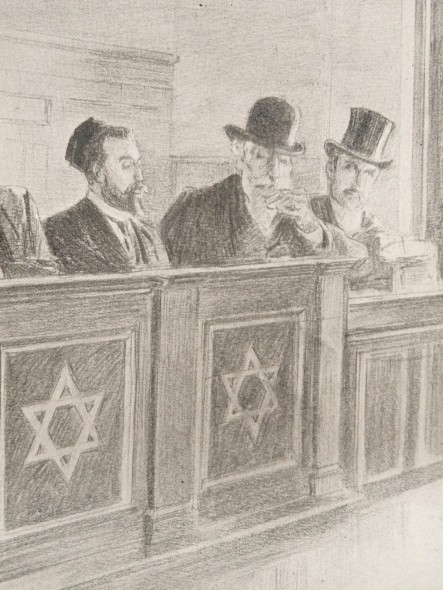 On the left is 33-year old Dayan Asher Feldman, the youngest Dayan, born in 1873 in Russia.  He was educated at Jews College and University College, London, and received the rabbinical diploma (Semicha) from the Chief Rabbi in 1899.  He was also Rabbi of the Stoke Newington Synagogue.