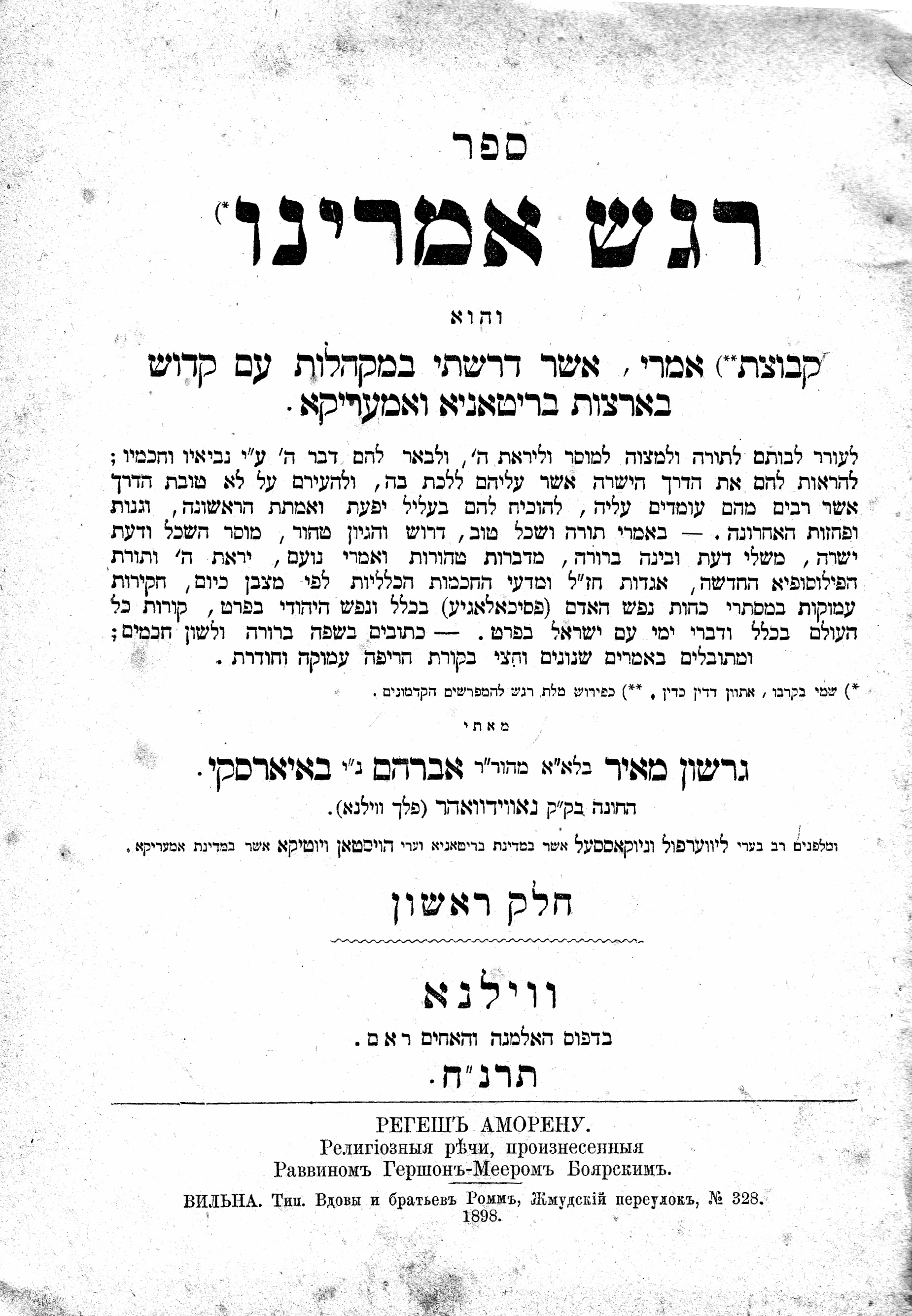 I have had this book on my shelves for some years, intrigued by the subtitle that these are the sermons that the author gave in the Jewish communities of Britain and America, and that the author says that he was a Rabbi in Liverpool and Newcastle in Britain and in Houston, Texas and Utica, New York.

Rabbi Gershon Meir Boyarsky was born in about 1862 in Estrin, Russia. He was Rabbi “of the Russian and Polish Jews” in Liverpool in 1894 and then Newcastle on Tyne, then the USA, before returning to Europe in 1897, where he was a Rabbi in Novidvohr and Vasilokov.  In 1921 he was in Brooklyn, Rav of Shomrei Hadas in Borough Park.  He died on May 13th, 1926, and is buried in the Baron Hirsch Cemetery on Staten Island.

I was interested that he had been a Rav in Britain in the late nineteenth century, but I could find very little about him. However, the name Boyarsky does appear in the early part of the twentieth century in the pages of the Jewish Chronicle.  From 1900 there is mention of the Rev. M. Boyarsky, of the Central Synagogue, Manchester, and in February 1901 Cantor and Mrs Boyarsky of 158 Stocks Street, Cheetham, Manchester, celebrate the bris of their son.  And in 1942 the Jewish Chronicle records the death of Bernard Boyars, son of Rabbi Gershon Meyer Boyarsky.

Then I remembered the advice of the late Moshe Leib Weiser z”tzl, the London book dealer, who sadly passed away of COVID a few months ago. He had helped me with some research and reminded me to look up Rabbonim in Oholei Shem.  Oholei Shem is a book of biographies and addresses of Rabbis from all over the world which was written by Shmuel Noach Gottlieb and published in Pinsk in 1912.  You can get your own copy at http://www.hebrewbooks.org. And here, sure enough, was some information about Rabbi Boyarsky:

The book itself starts with a couple of haskomos (approbations), including one from Rabbi Isaac Jacob Reines, one of the founders and the first head of the Mizrachi religious Zionist movement:

Regesh Amorenu consists of sermons, but starts (after the preface) with a seven part essay about the “school of the Yetzer Hara (the evil inclination)”.  This explains the evil inclination’s cunning in lowering American Jews from their parents Judaism, bit by bit. 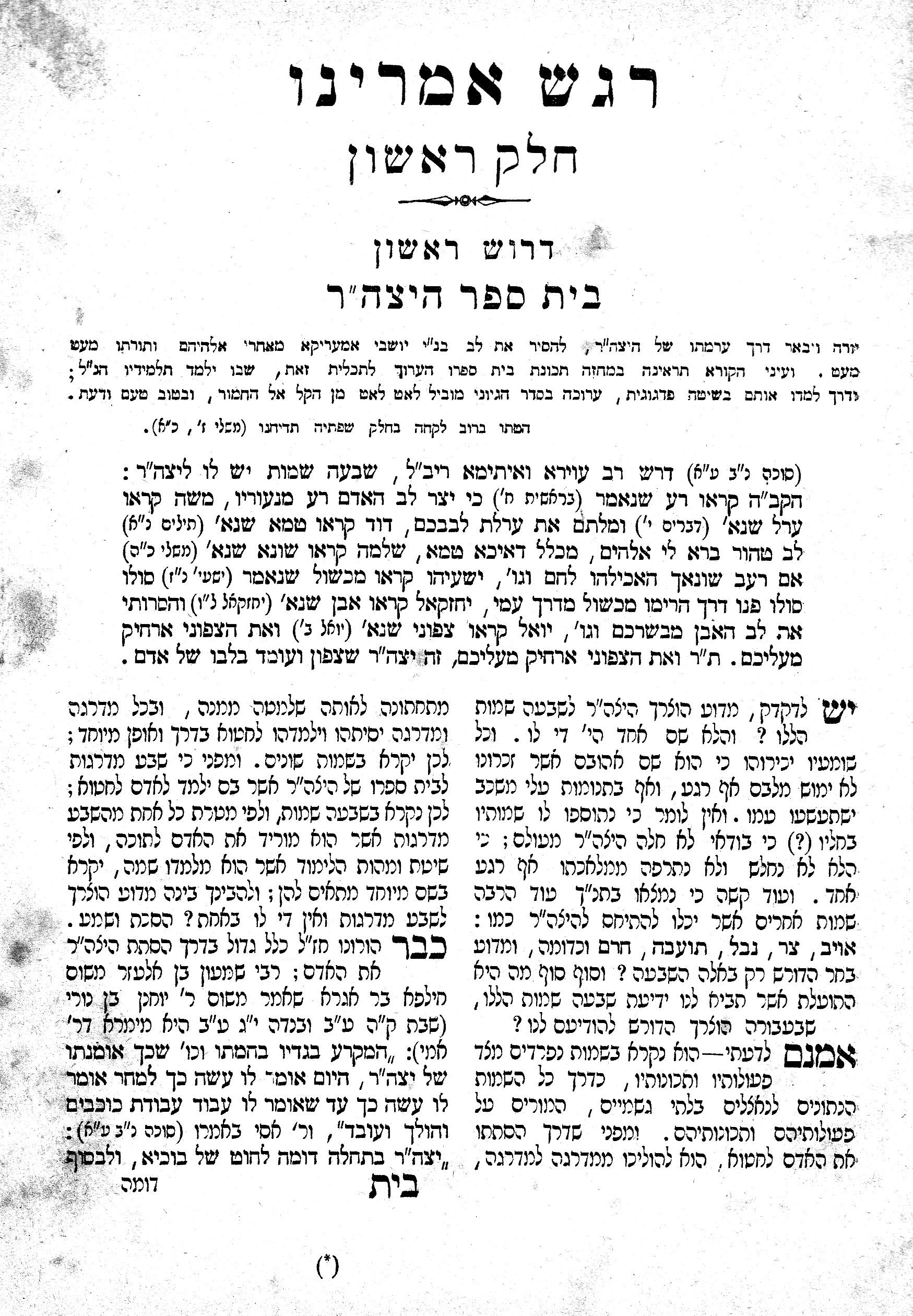 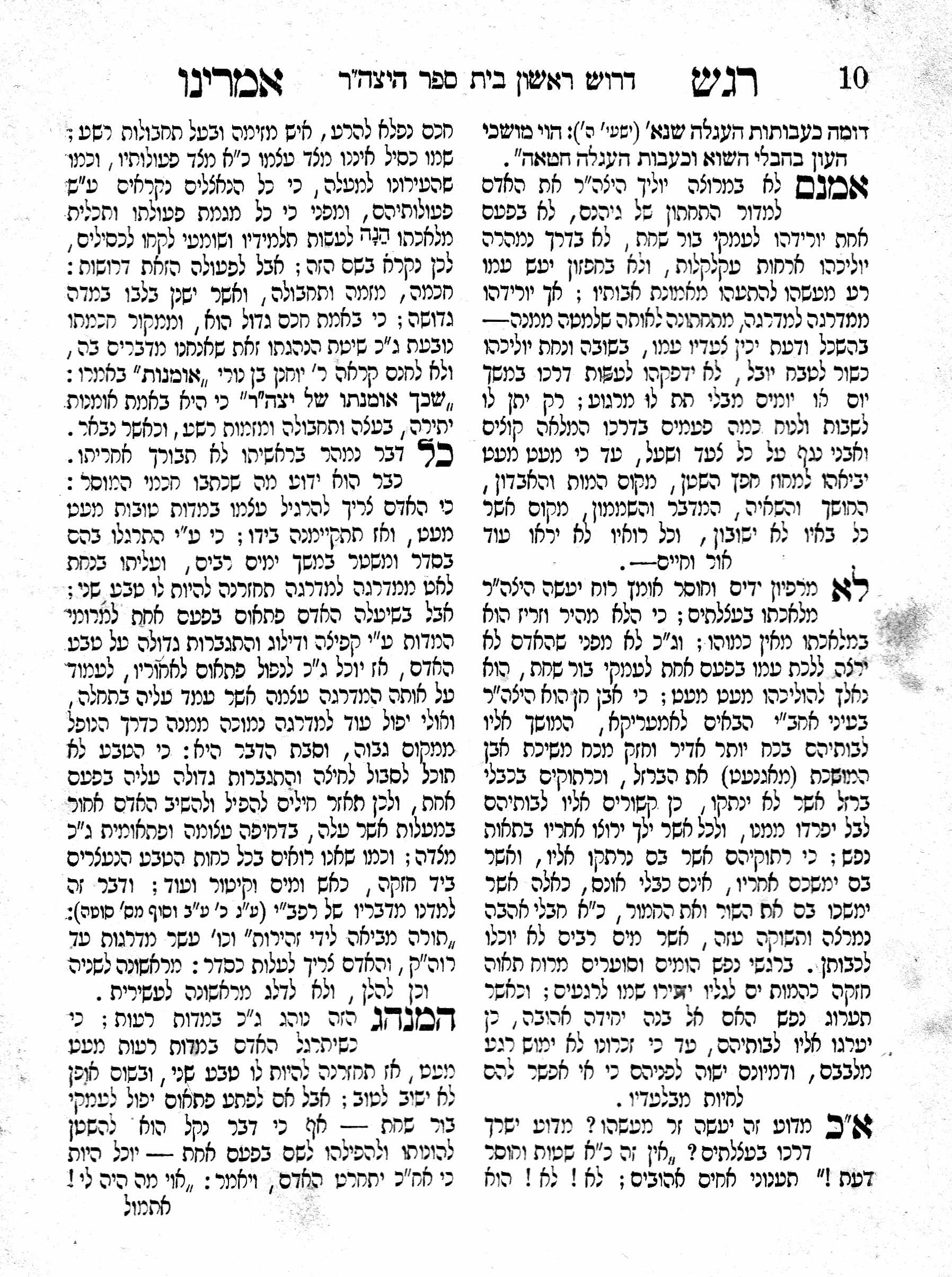 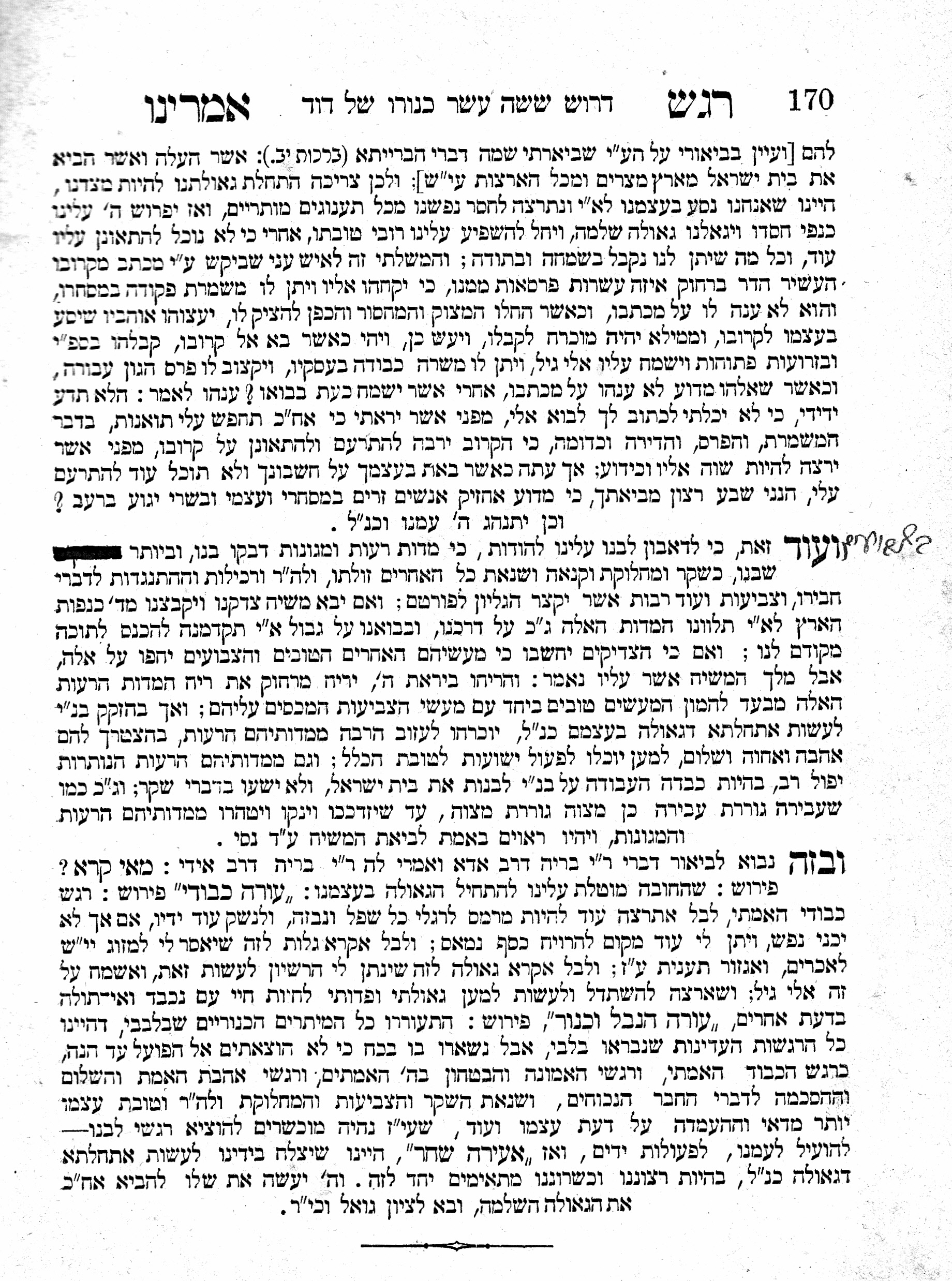