The year is 1880, on the eve of the great Jewish immigration from Eastern Europe to England. Anglo-Jewry, established from 1656, had prospered.  If you could afford a minimum of five shillings per year, you could be a member of the Anglo-Jewish Association.

This 200-page volume includes details of the work of the Association, and many pages of names and addresses of subscribers and members of branches which had been established in the Provinces and throughout the British Empire. 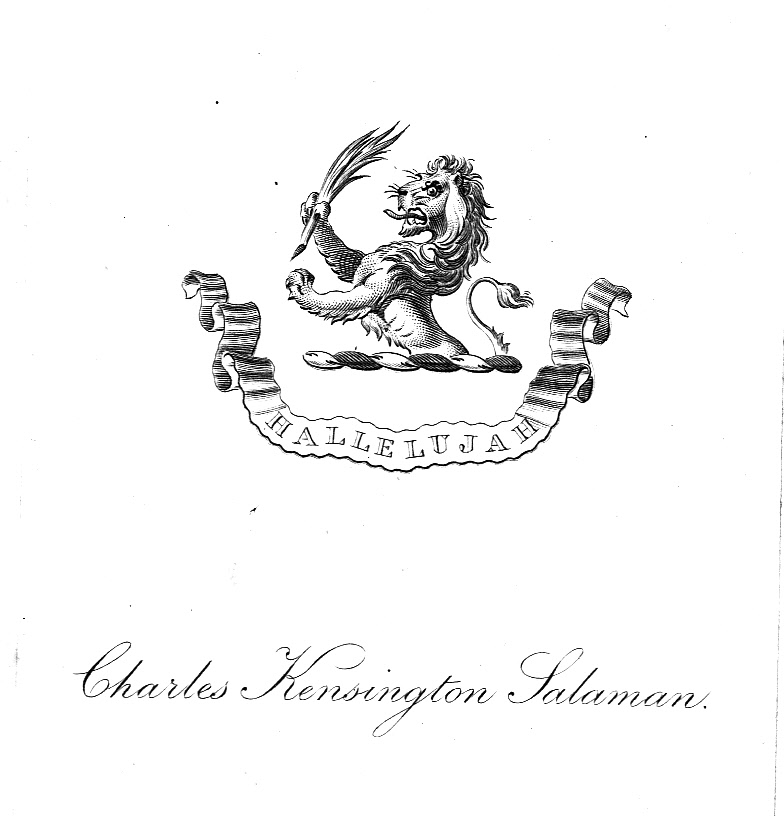 My copy has the bookplate of Charles Kensington Salaman (1814-1901), an Anglo-Jewish composer, pianist and writer.  As a boy he played duets with Franz Liszt and he knew Muzio Clementi. He composed over a hundred songs in different languages, including settings of Hebrew texts for the West London Synagogue.  His tune for Ein Kaylokaynu is still used in some British Synagogues. Saliman’s best known work was a setting of Shelley’s serenade, “I arise from dreams of thee”.  After he retired from performing and lecturing he was the organist and choirmaster at the West London Synagogue until 1890.

I have only scanned the summary of the work of the Anglo Jewish Association.  There are many more pages with valuable historical sections describing the emissaries of the AJA’s travel in Morocco, Bagdad and Tunis.  However, I have scanned the membership list in full, as it is a good list of the Jewish Victorian upper, middle and well-to-do classes.  For lists of the members of the Provincial Branches please click here.  There are also lists of the members of the Branches not only in the British Isles, but also in parts of the Empire, including Australia, New Zealand, Gibraltar and Jamaica, which I have scanned separately here. 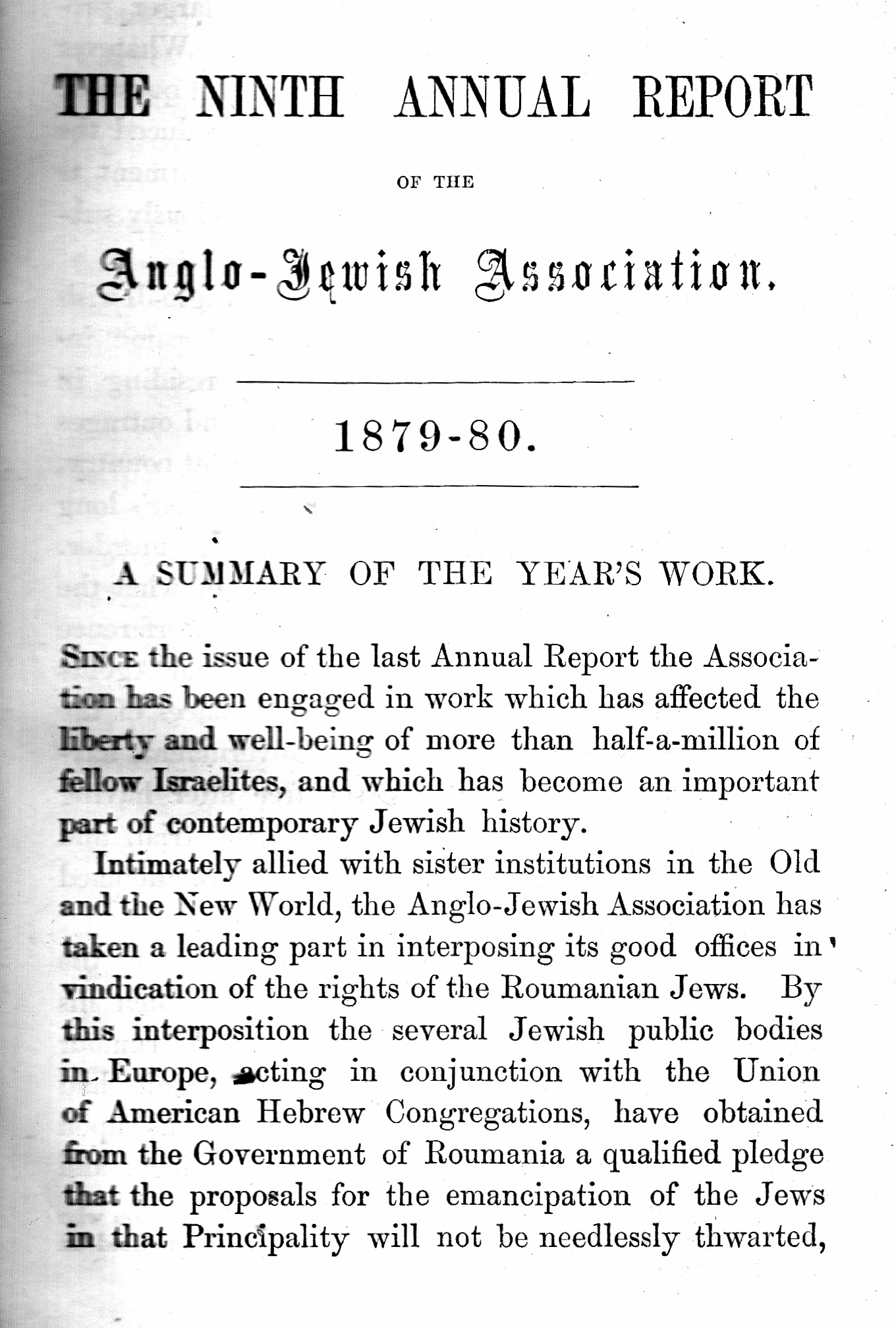 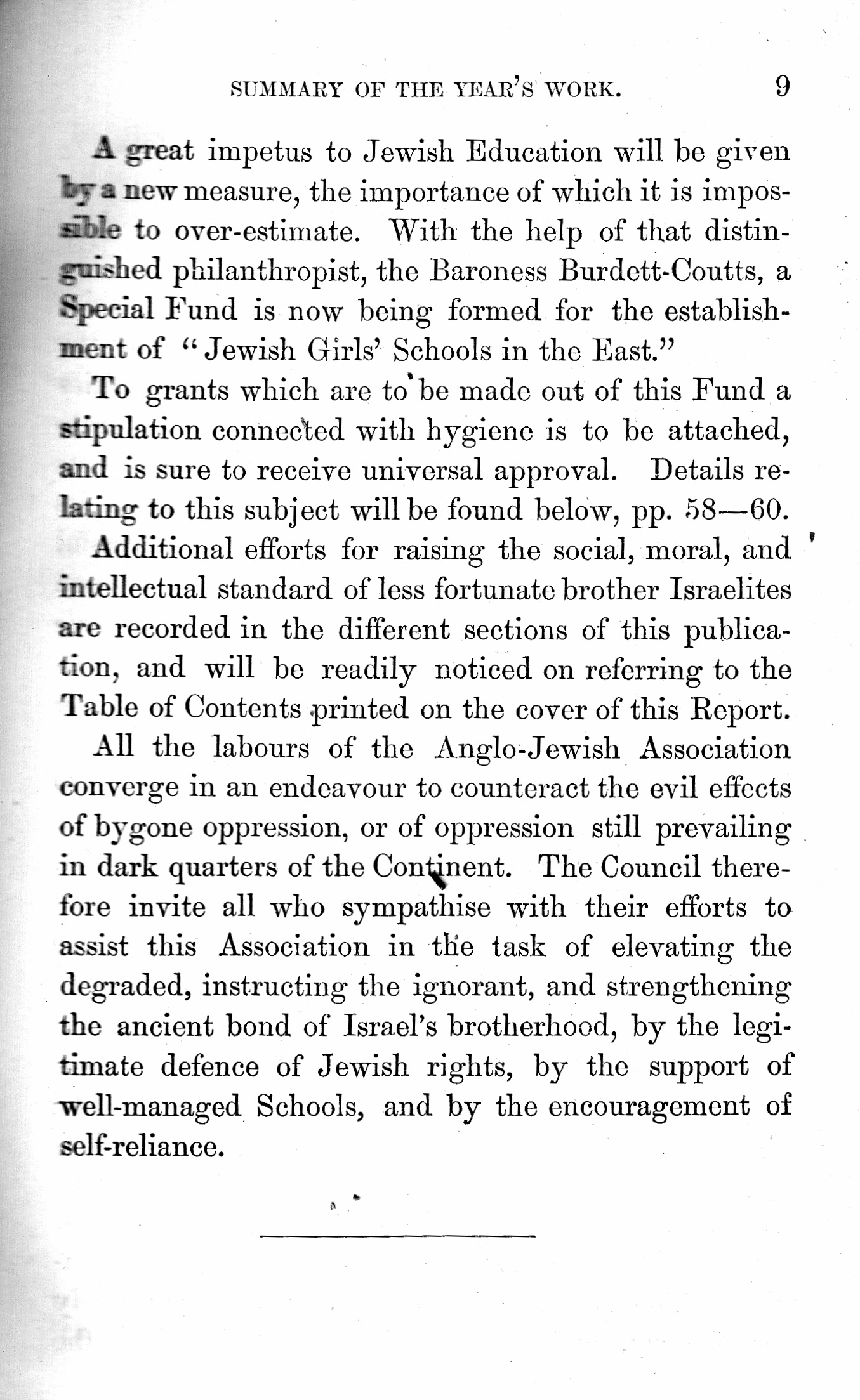 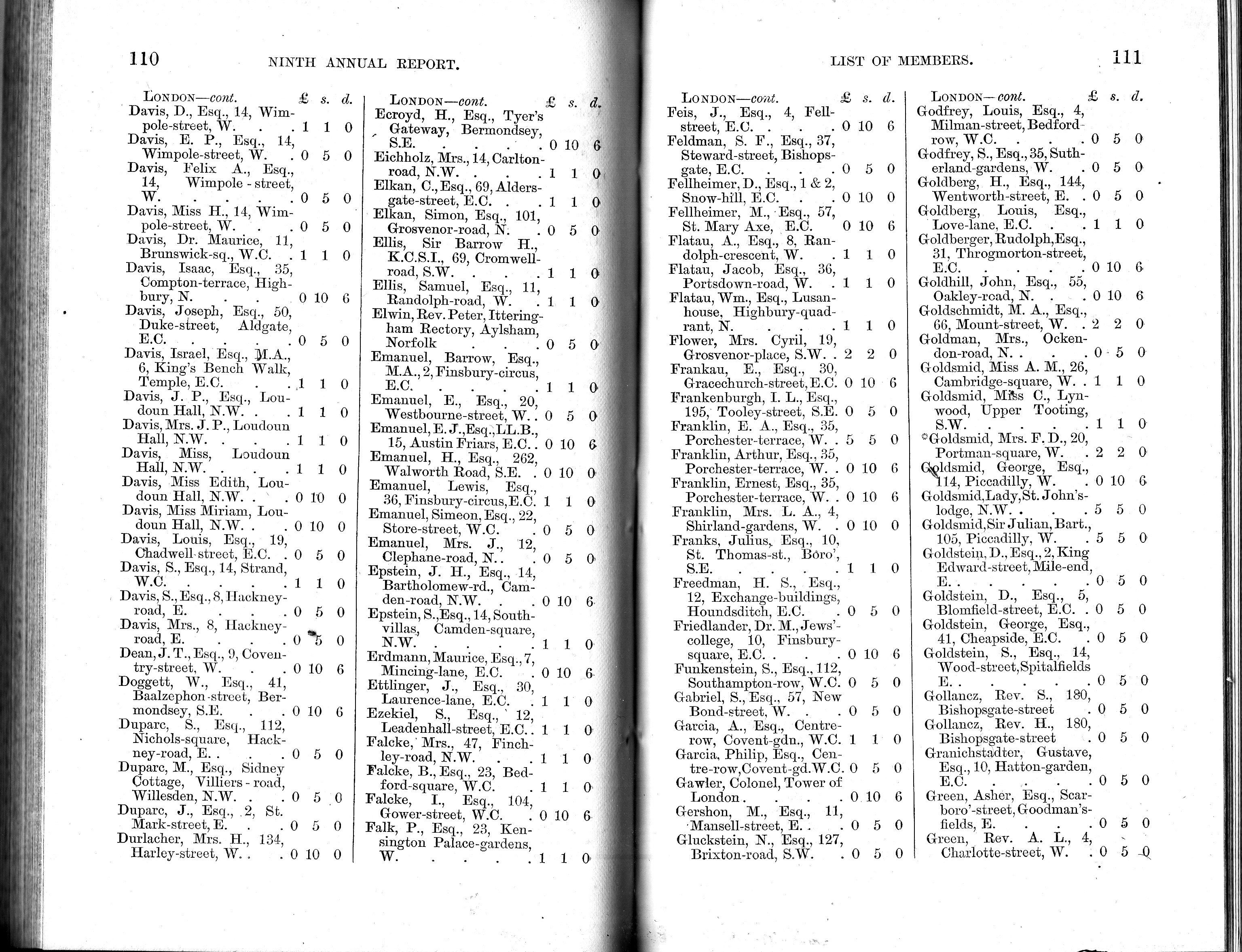 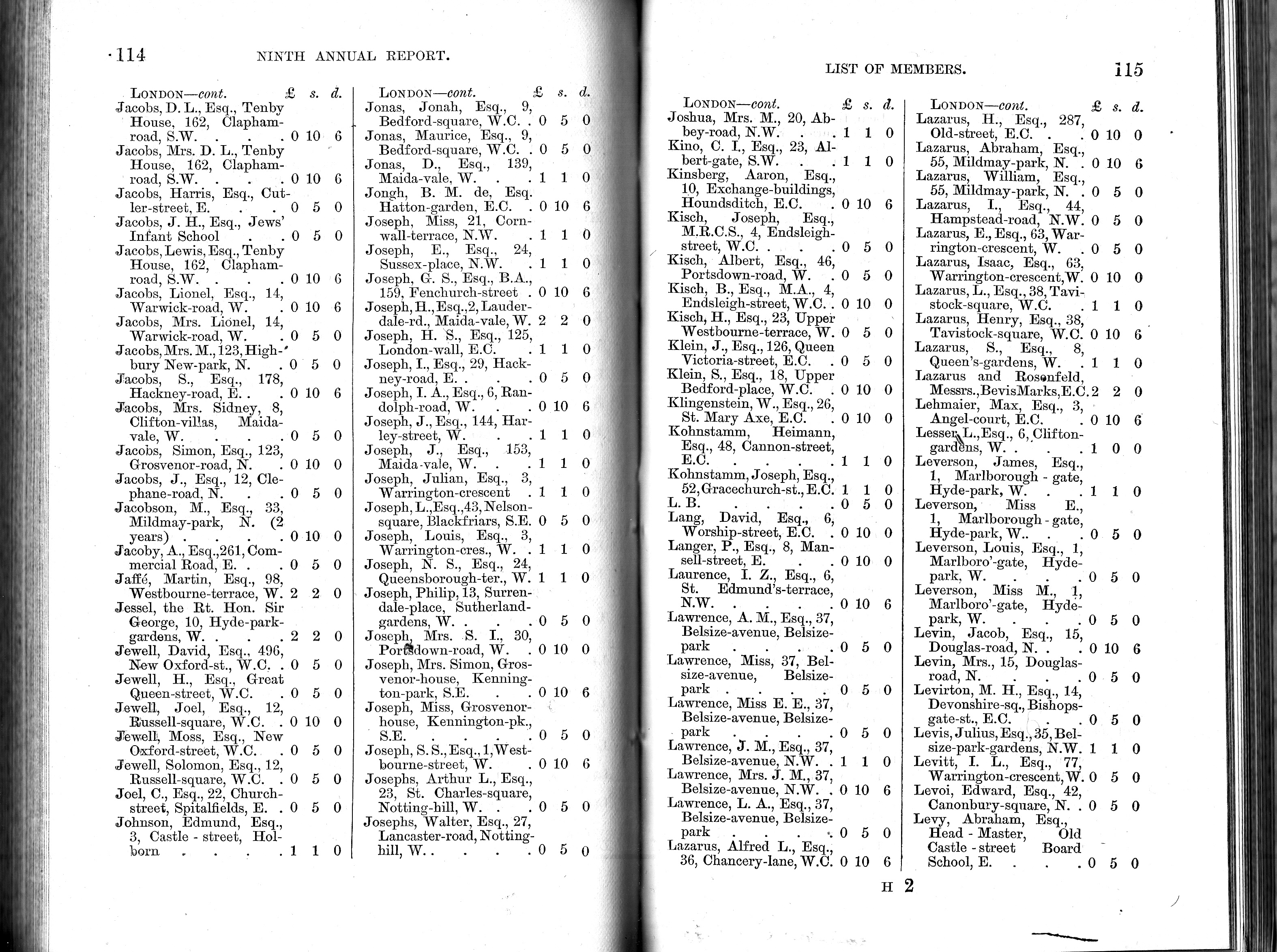 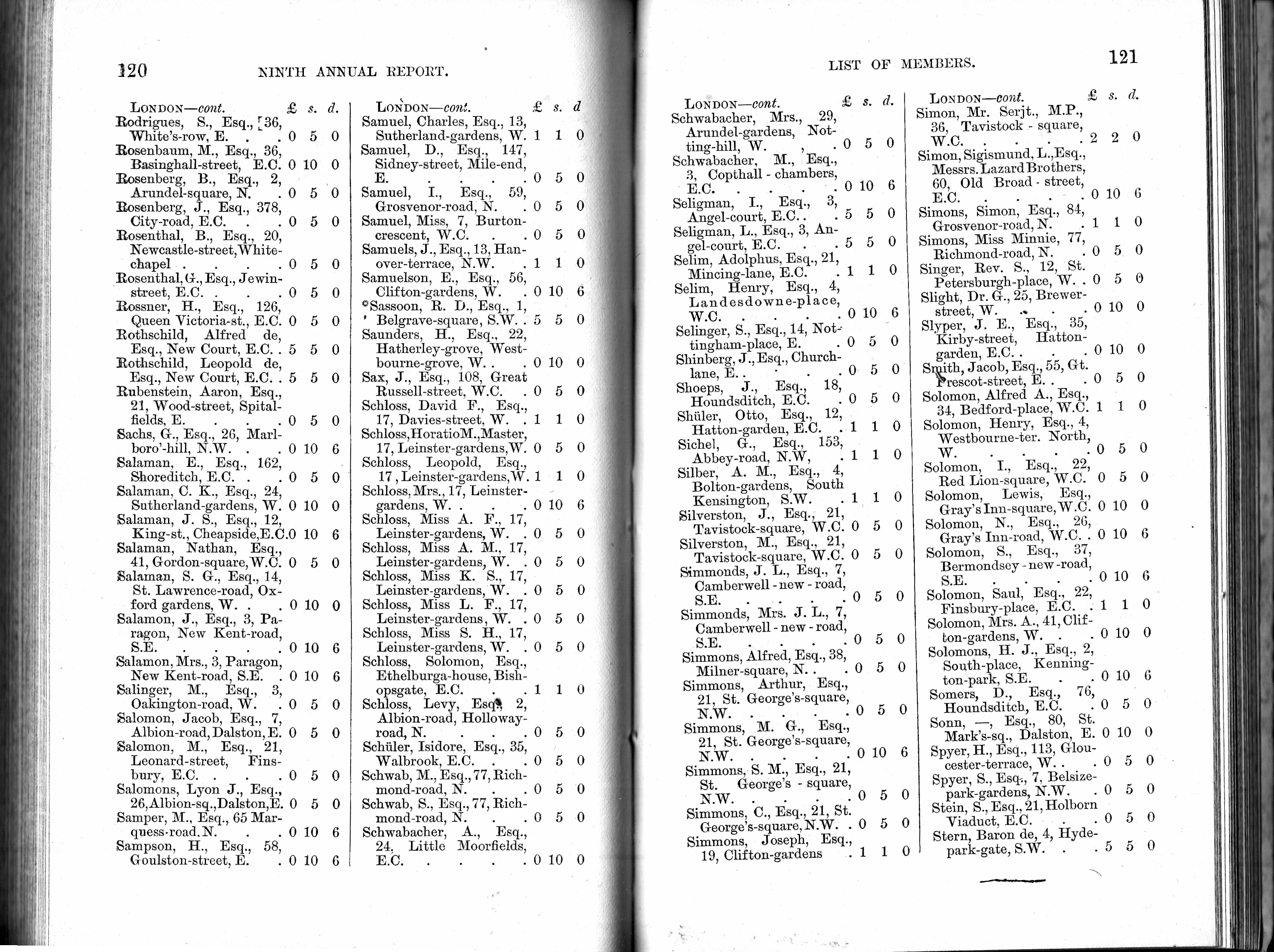 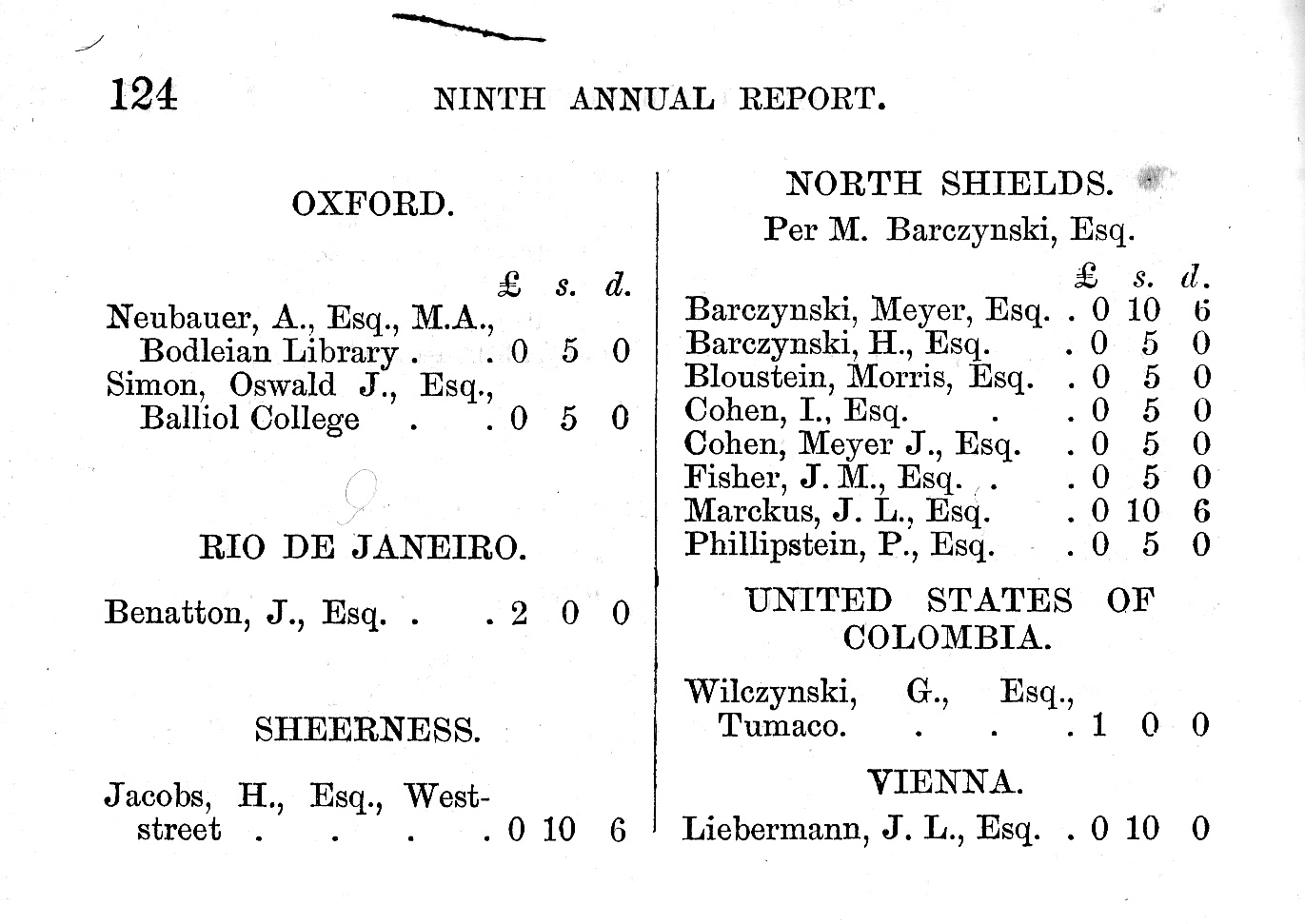 2 thoughts on “The Ninth Annual Report of the Anglo-Jewish Association, London, 1879-1880”