Rabbi Chaim Zundel Maccoby, known as the “Kamenitzer Maggid (preacher)” because of the name that he had made for himself in the Russian town of Kamenitz-Litovsk in the 1870s was an early adherent of the Chovevei Tzion (Lovers of Zion) Movement. His sermons did not find favour in Tsarist circles, and in 1890 he fled to London with his wife and eight children.

Maccoby was already famous when he arrived in London and was immediately asked to deliver a Hesped (memorial address) for the Chief Rabbi, Nathan Adler, who had just died.  In April 1894 he became Maggid of the Federation of Synagogues, a position that he retained until his death in 1916.

After his British naturalization in 1895, he patriotically raised money for British soldiers injured in the Boer War.  When Theodor Herzl came to London in 1896, the Chovevei Zion movement split, and Maccoby regarded Hertzl’s movement as a threat to orthodox values.

Maccoby was also outspoken on strict vegetarianism, and was known for wearing cloth shoes, rather than leather.

This book was edited by Max Mansky of New Jersey, USA, and printed in Tel Aviv, although my copy has the label of Mazin’s bookshop in London.

Here is Max Mansky’s preface followed by some of the Maggid’s material: 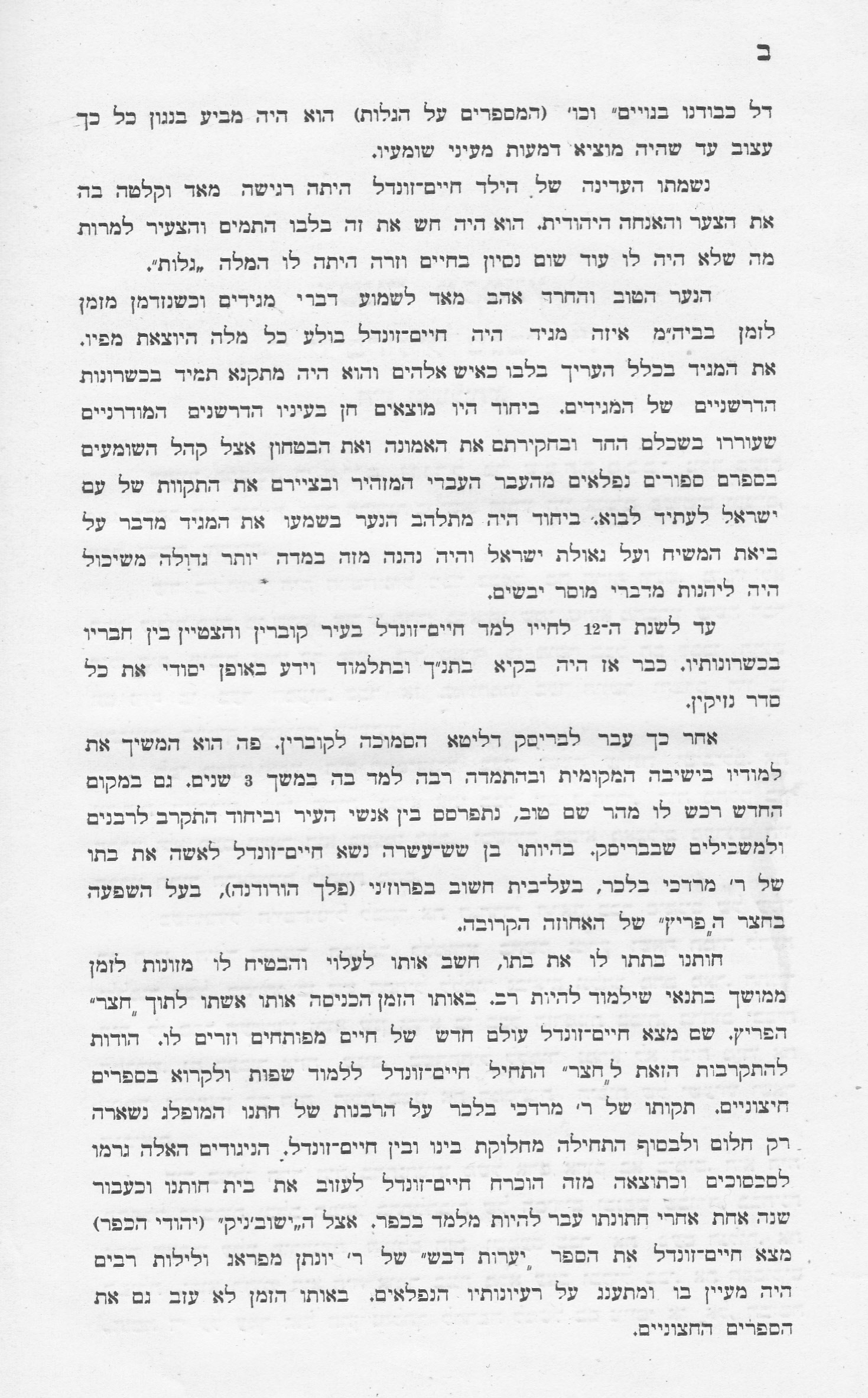 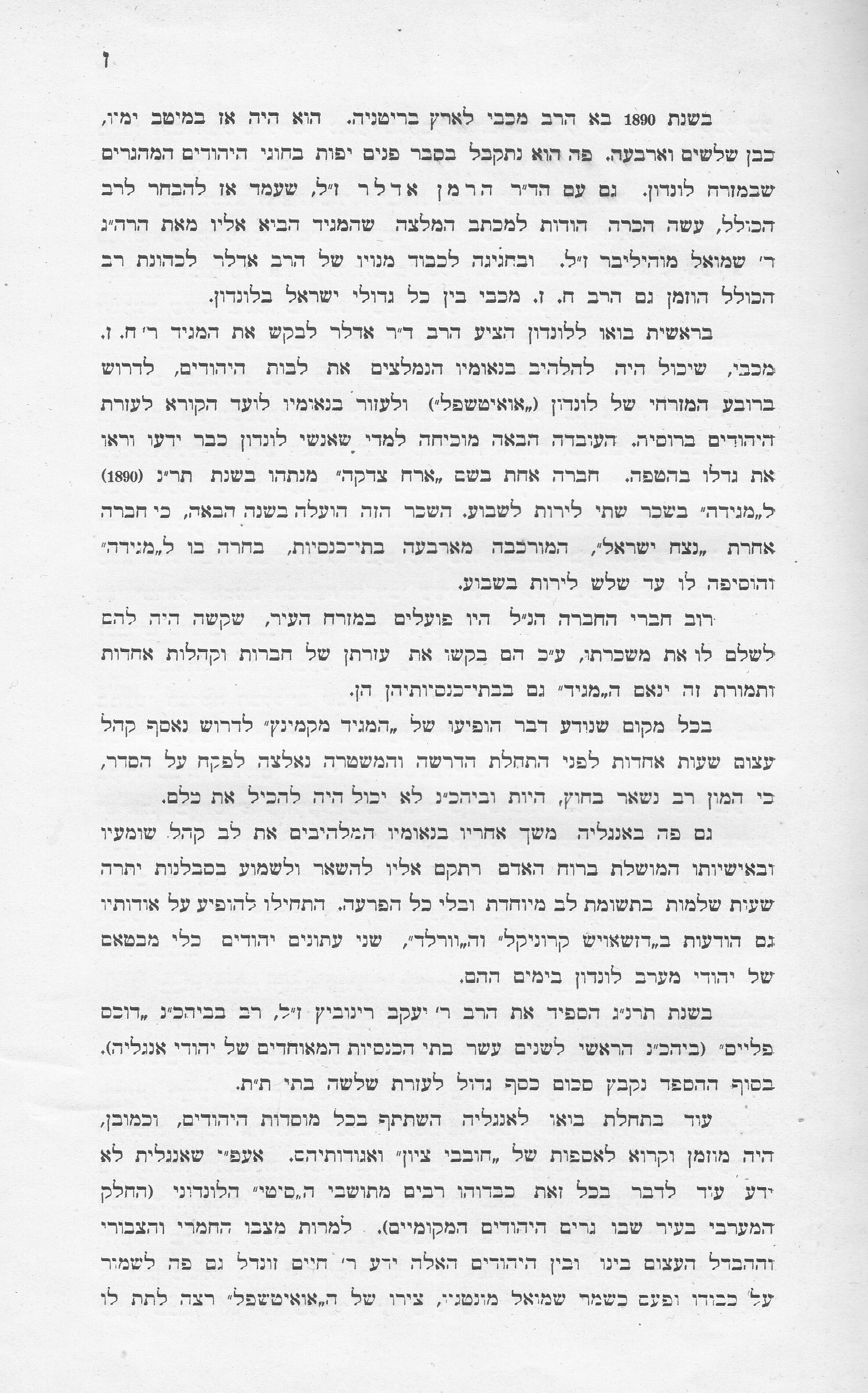 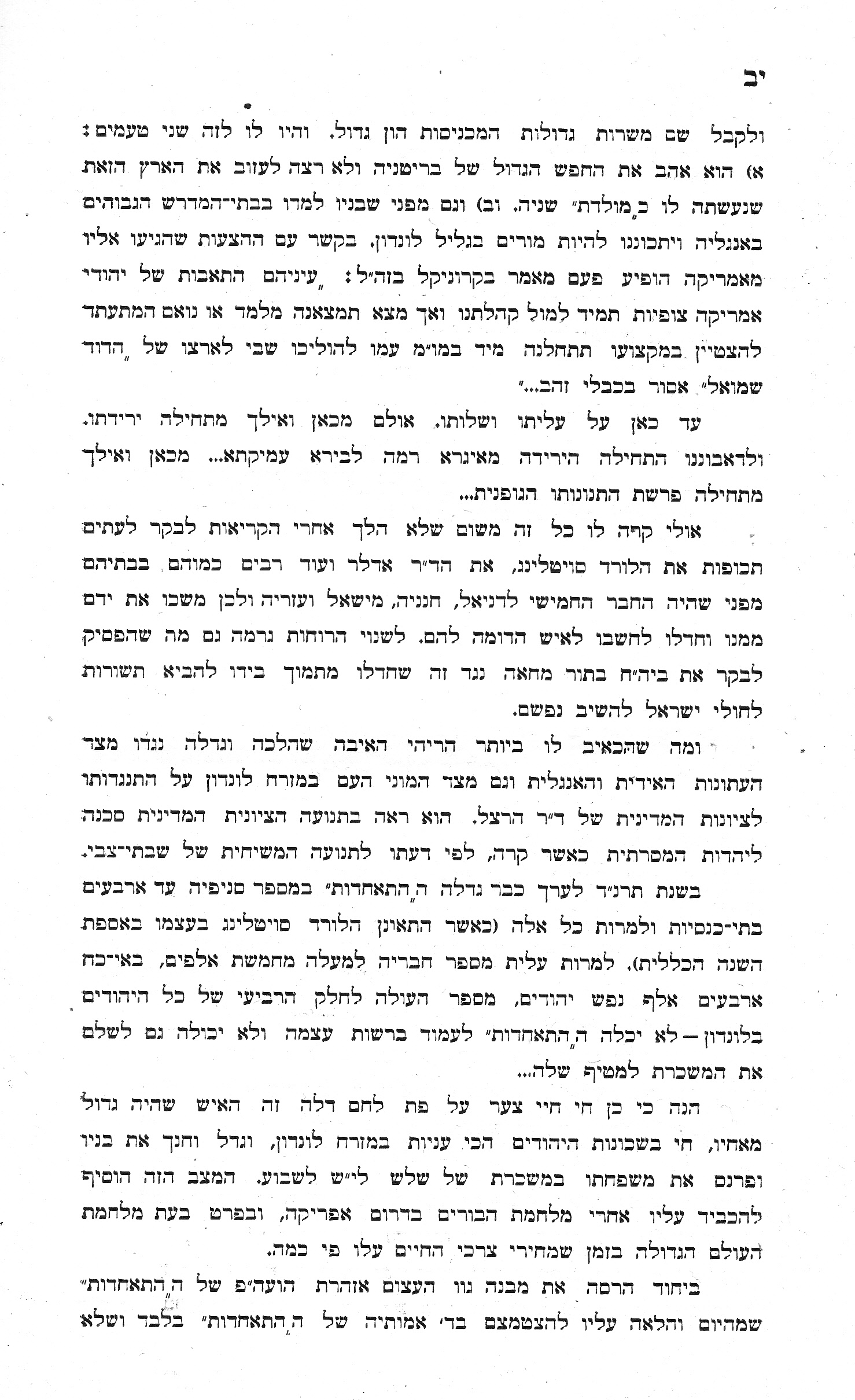 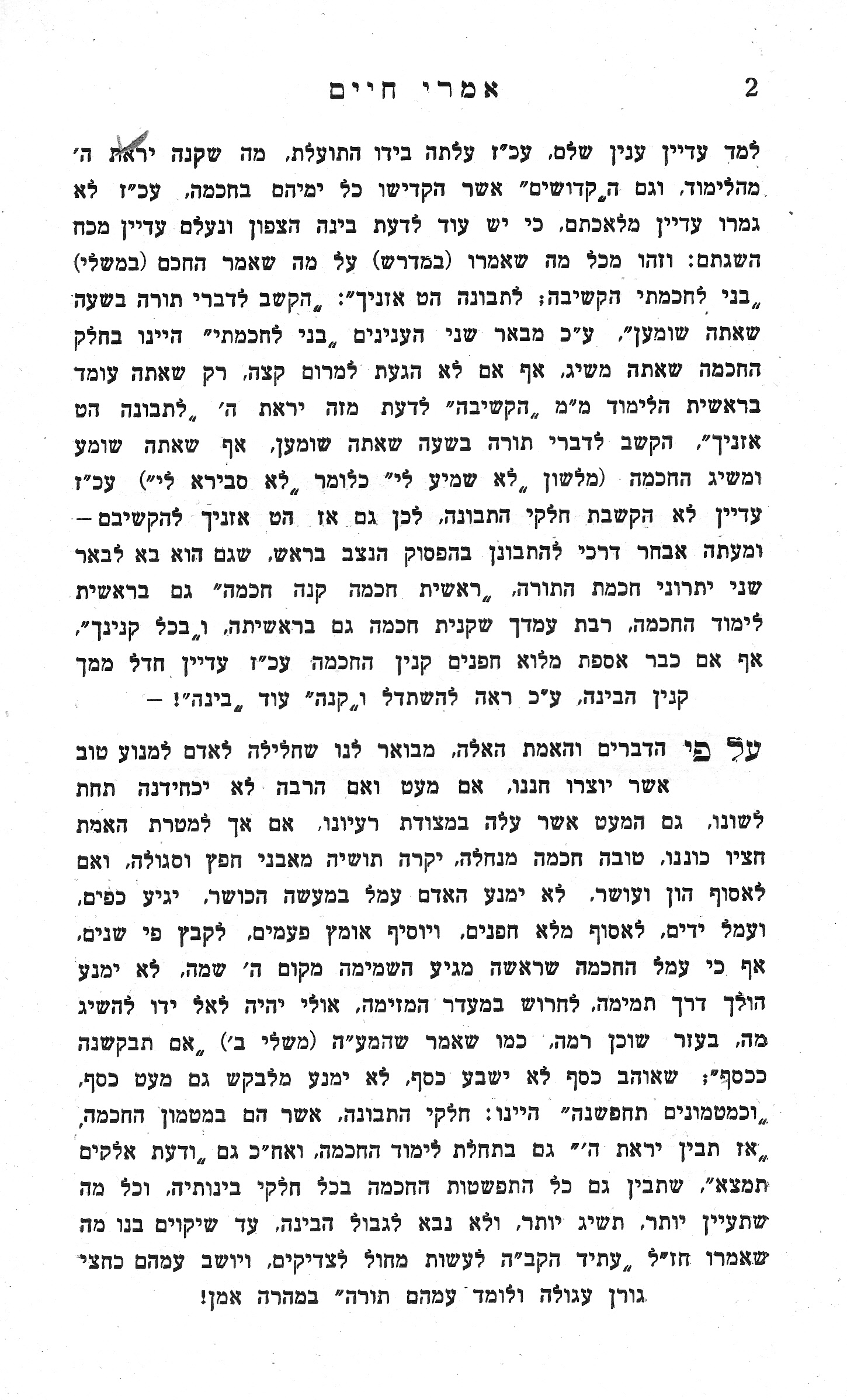 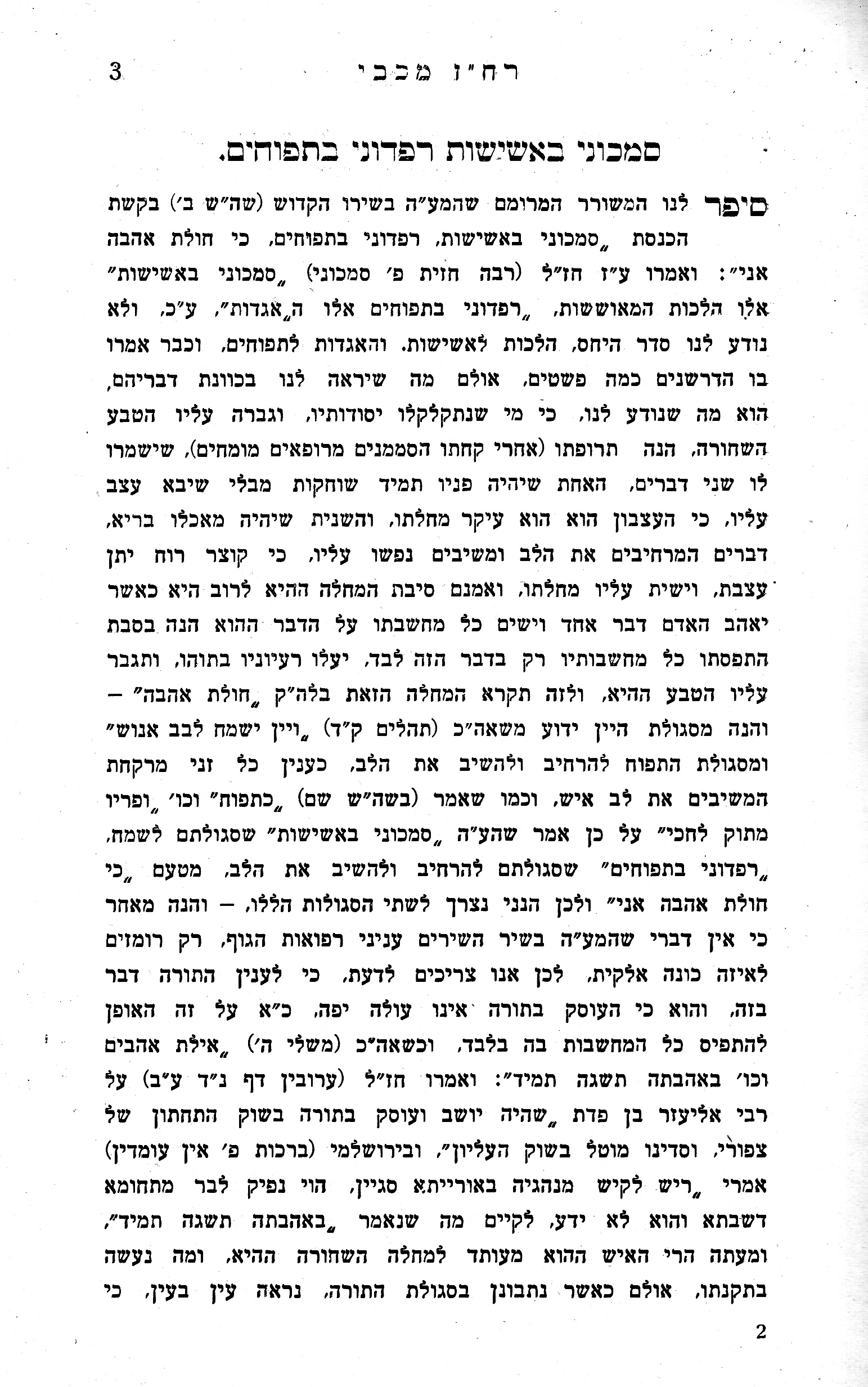 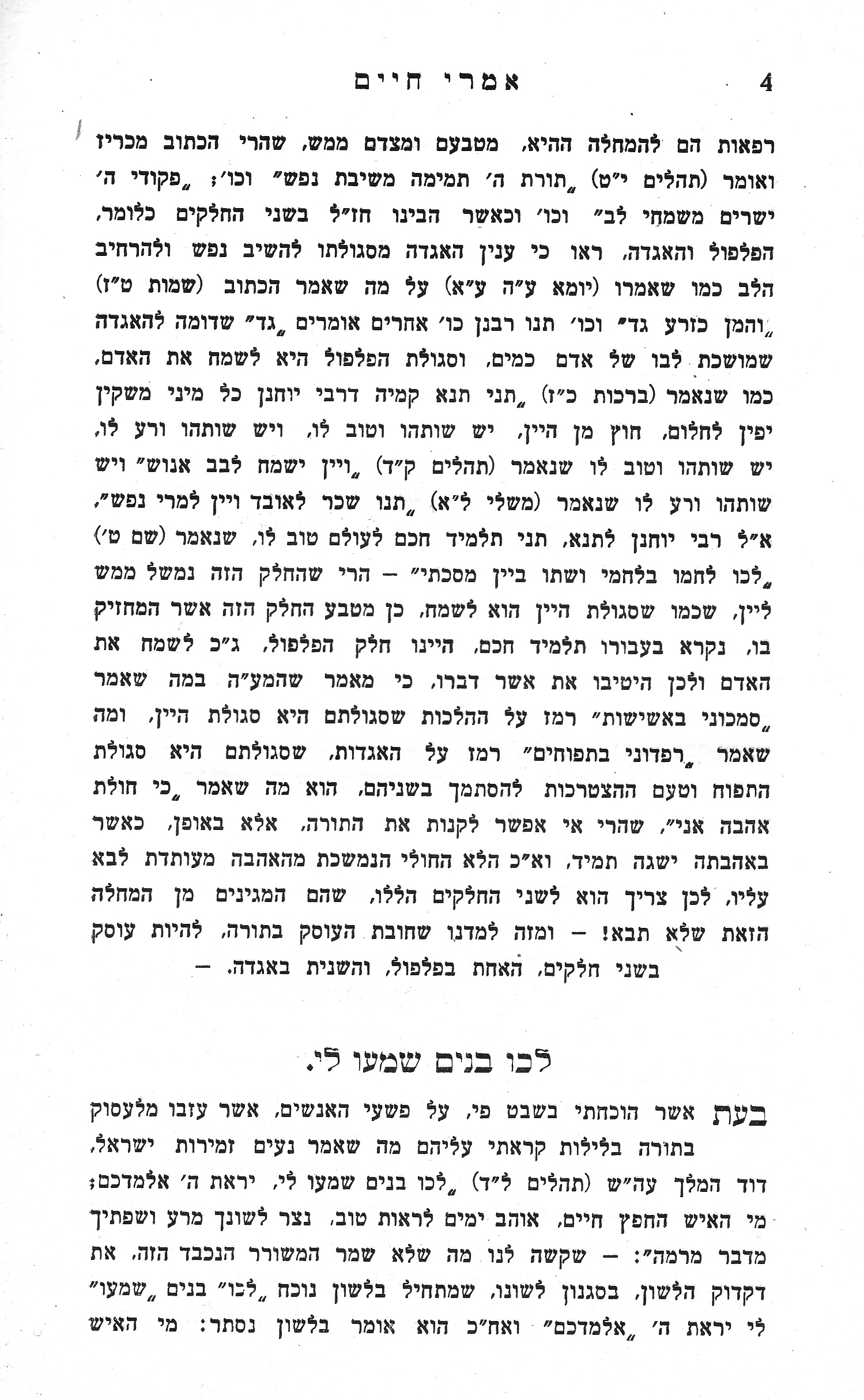