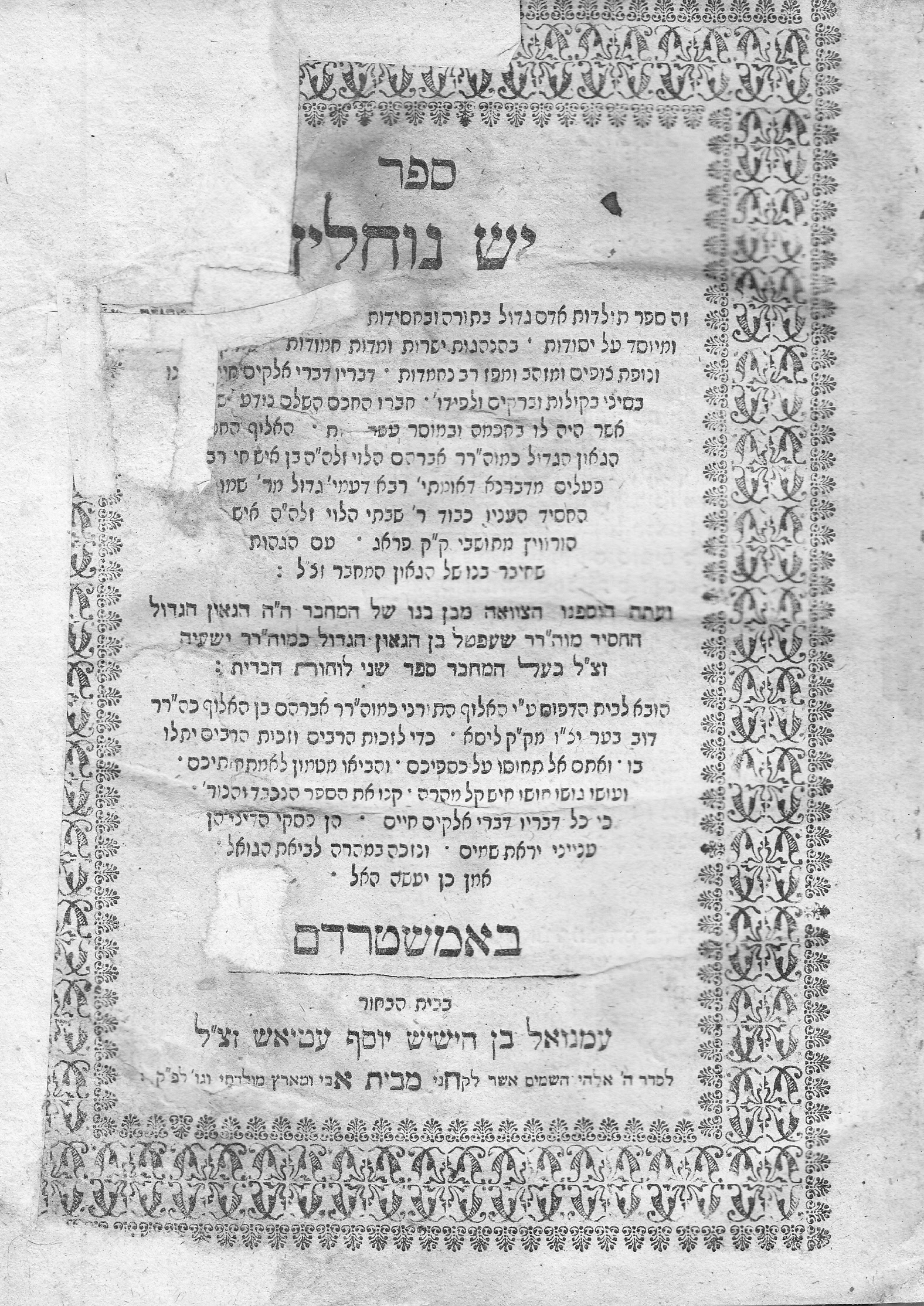 This little book is a compendium of laws, customs and ethical directives written by Rabbi Avrohom Halevy Horowitz, father of Rabbi Isaiah Halevy Horowitz.  Rabbi Isaiah Halevy Horowitz is known as the Shelah Hakodosh after the initials of his great work, Shnei Luchos Habris.  It includes comments by the author’s son Rabbi Yaakov Horowitz.  There is also an addendum containing the will of Rabbi Sheftel Horowitz, son of the Shelah Hakodosh, which was printed here for the first time.

The book was printed in 1701 – the same year that the Bevis Marks Synagogue was built in London – at the Attias press in Amsterdam.

The book’s presence in my Anglo-Judaica collection is because my copy belonged to Rabbi Elie Munk. Not the Rabbi from Munk’s Shul in Golders Green, but Elie Munk of Paris, the author, German born, Rabbi in France who later emigrated to the United States, father-in-law of Chief Rabbi Lord Immanuel Jacobovits.  I have another book once owned by Rabbi Munk, Lekutei Yaavetz, which you can read about here.

The title of the book, “Yesh Nochlin” is taken from a Mishnah in the Tractate Bava Basra.  The full phrase is “Yesh Nochlin u Manchilin”, and it is about two relatives who “inherit” each other.  The Nochlin and Manchilin could be father and son – which is appropriate for this book written by the father of a famous son. 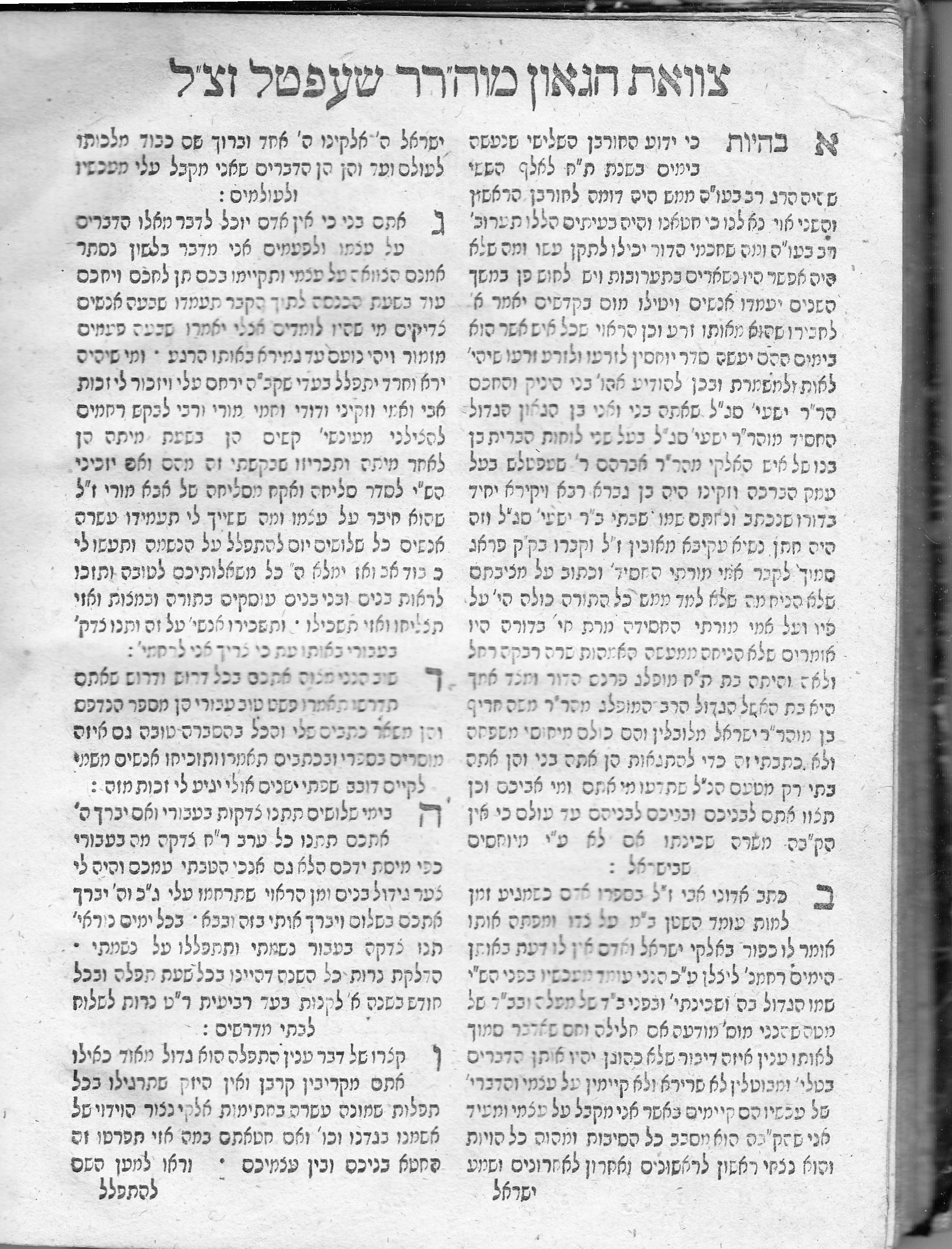 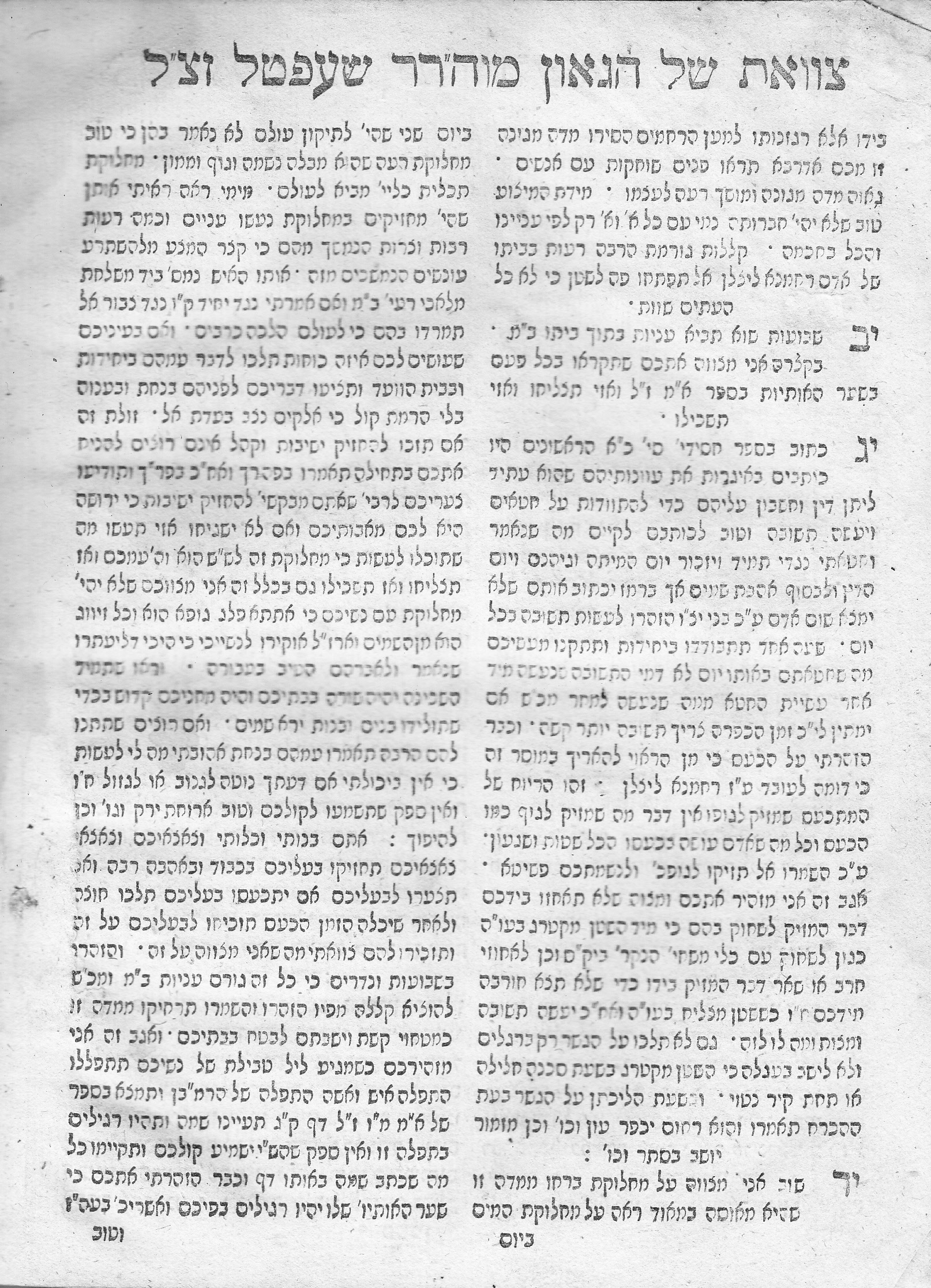 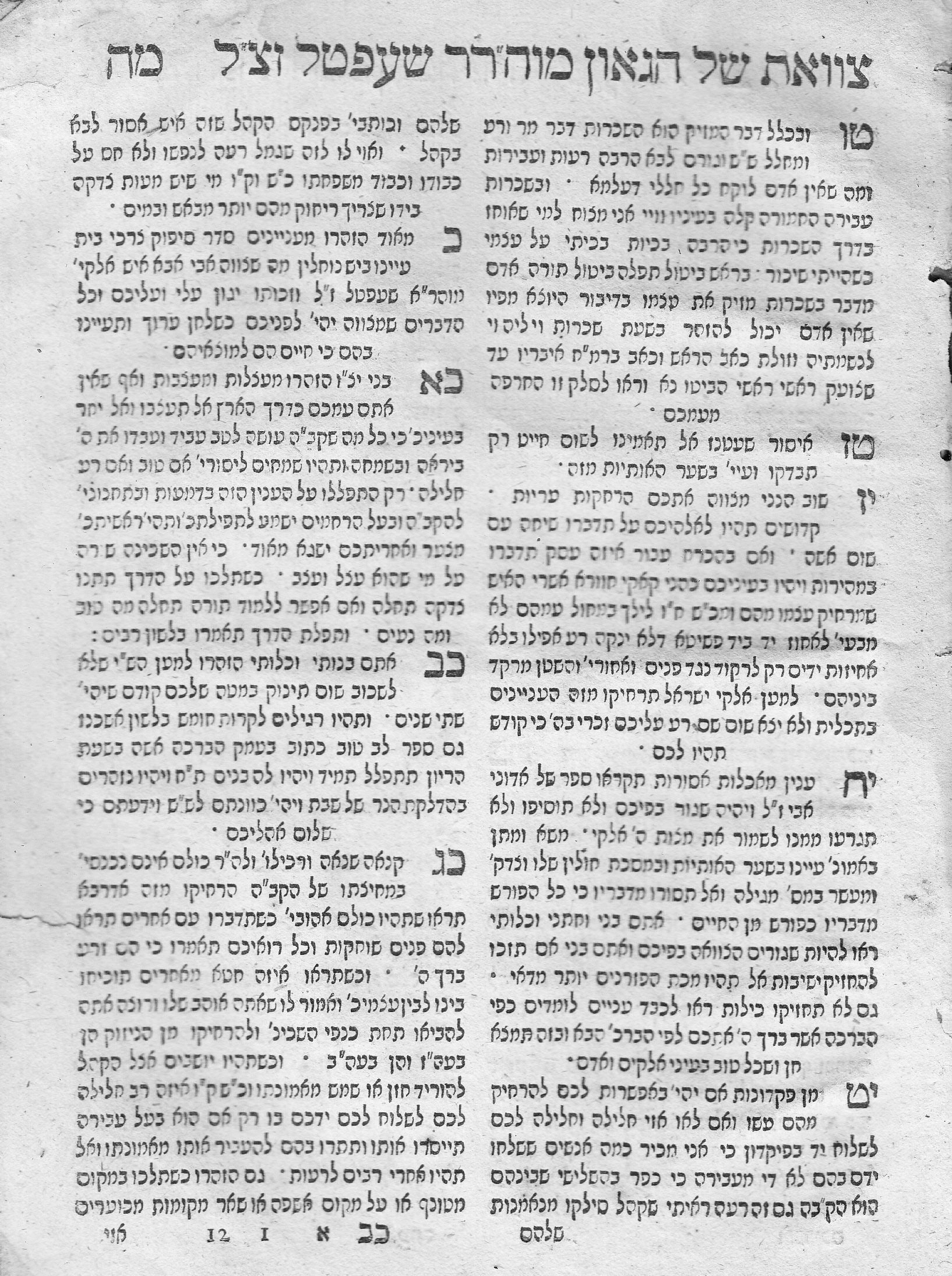