This little book is packed with historical information, including an amazing subscription list which is scanned below.  The book itself consists of explanations of the Torah, by Rabbi David Kleinerman, who was the Rabbi of Shereshev.  His book Chomos Yerushalayim was published in 1807 and can be found here.  My  book was published by Yaakov ben Tzvi Hirsch Charif, who apparently had quite a struggle to do this, and was printed by Joseph Mazal in Manchester.

The blue stamp is of the Chevra Kadisha veShas of Paris.

The first approbation, by the famous Rabbi Yitzchak Yaakov Reines explains that Yaakov ben Tzvi from Nishvez came to him and told him that he was a refugee from Russia, that his life was ruined, that he had nothing left and he had no work, but he had started to print this collection of Torah glosses by his great-grandfather.

My copy belonged to Rabbi Elie Munk.  Not the Rabbi from Munk’s Shul in Golders Green, but Elie Munk of Paris, the author, German born, Rabbi in France who later emigrated to the United States, father of Lady Jakobovits.

The approbations (Haskomos) are interesting: 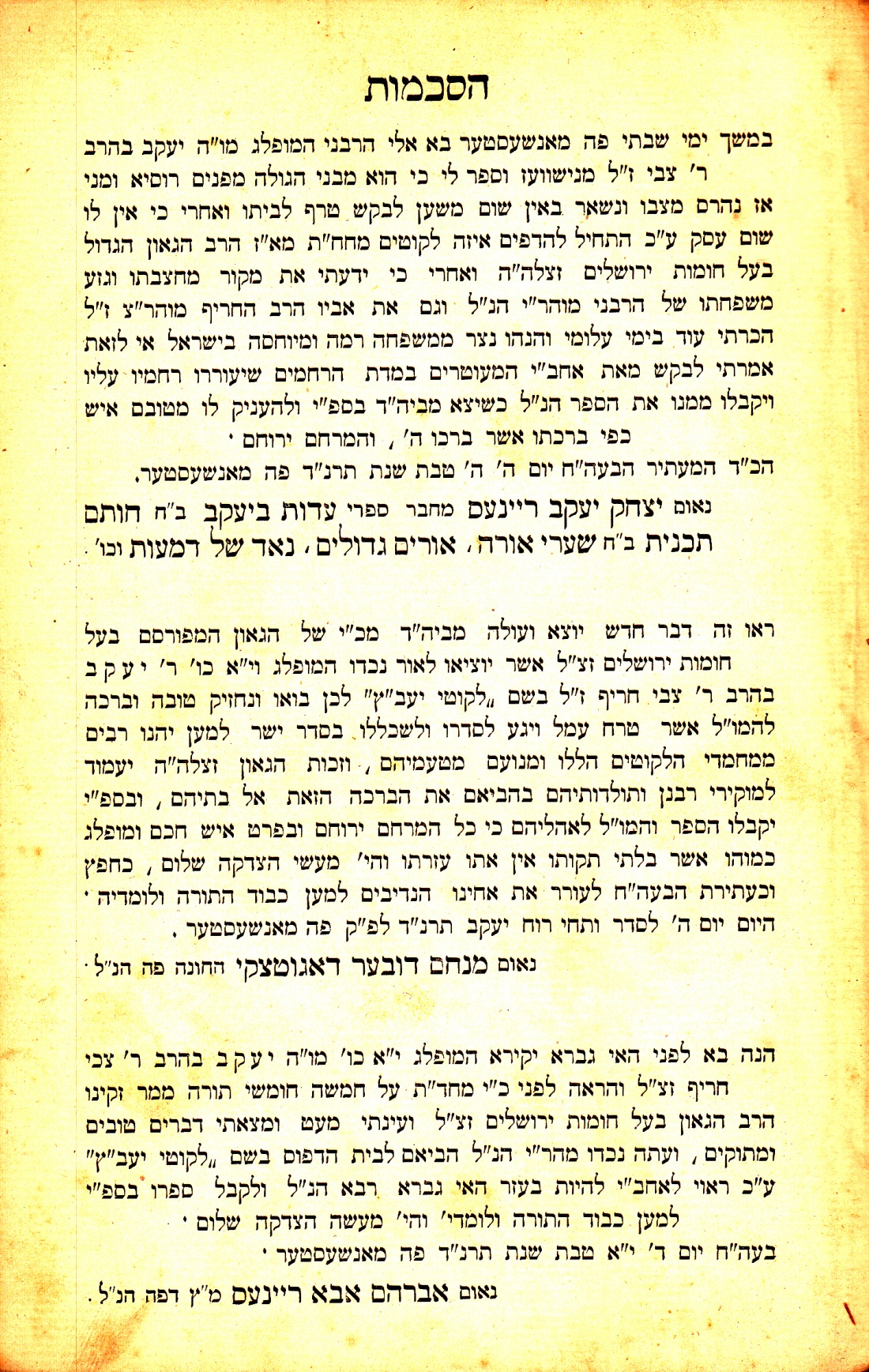 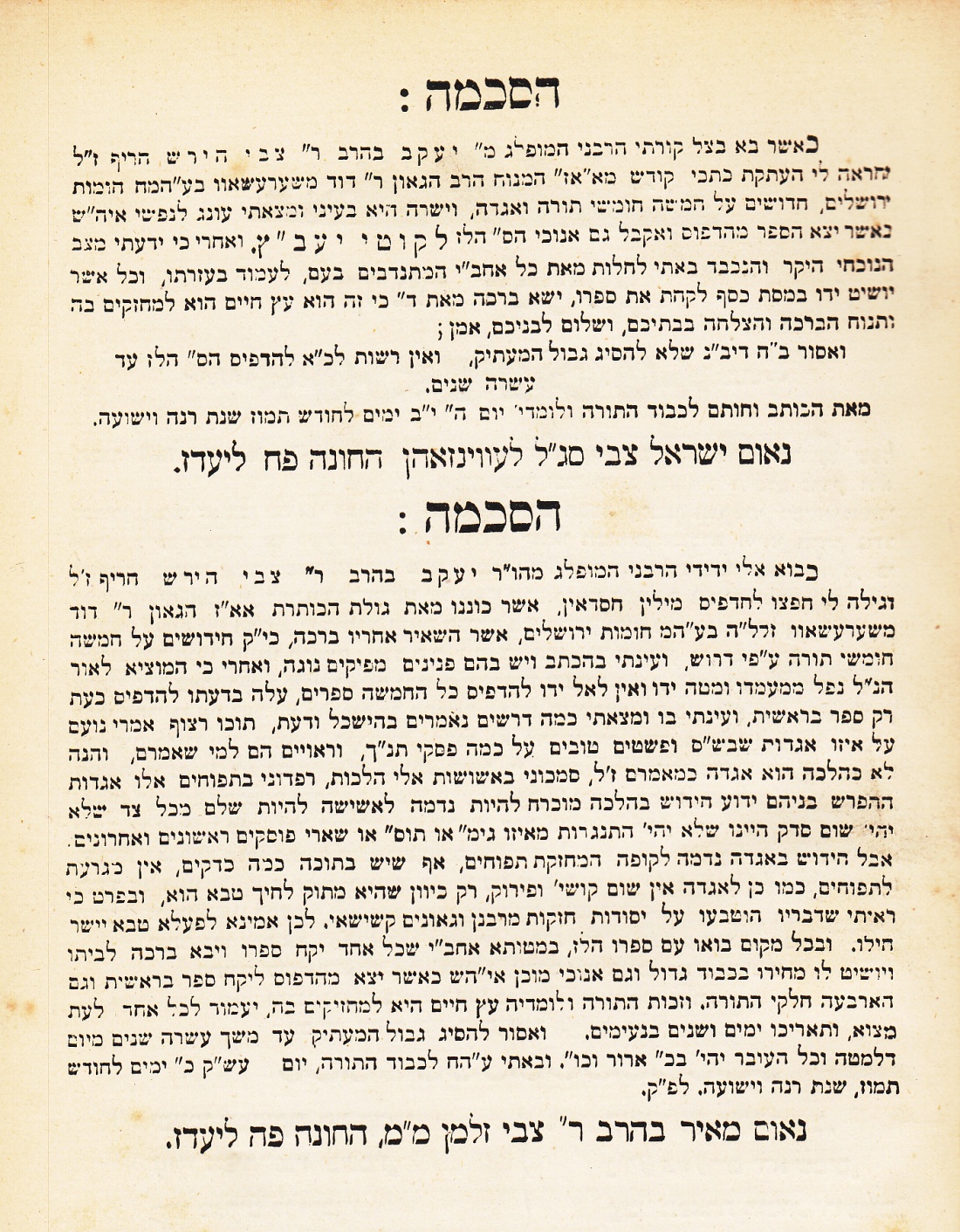 The publisher only had enough money to pay for the printing of the first part – Bereishis (Genesis), but at the end of the first book prints this amazing subscription list, which includes many places in the United Kingdom, and some in Holland and Belgium: 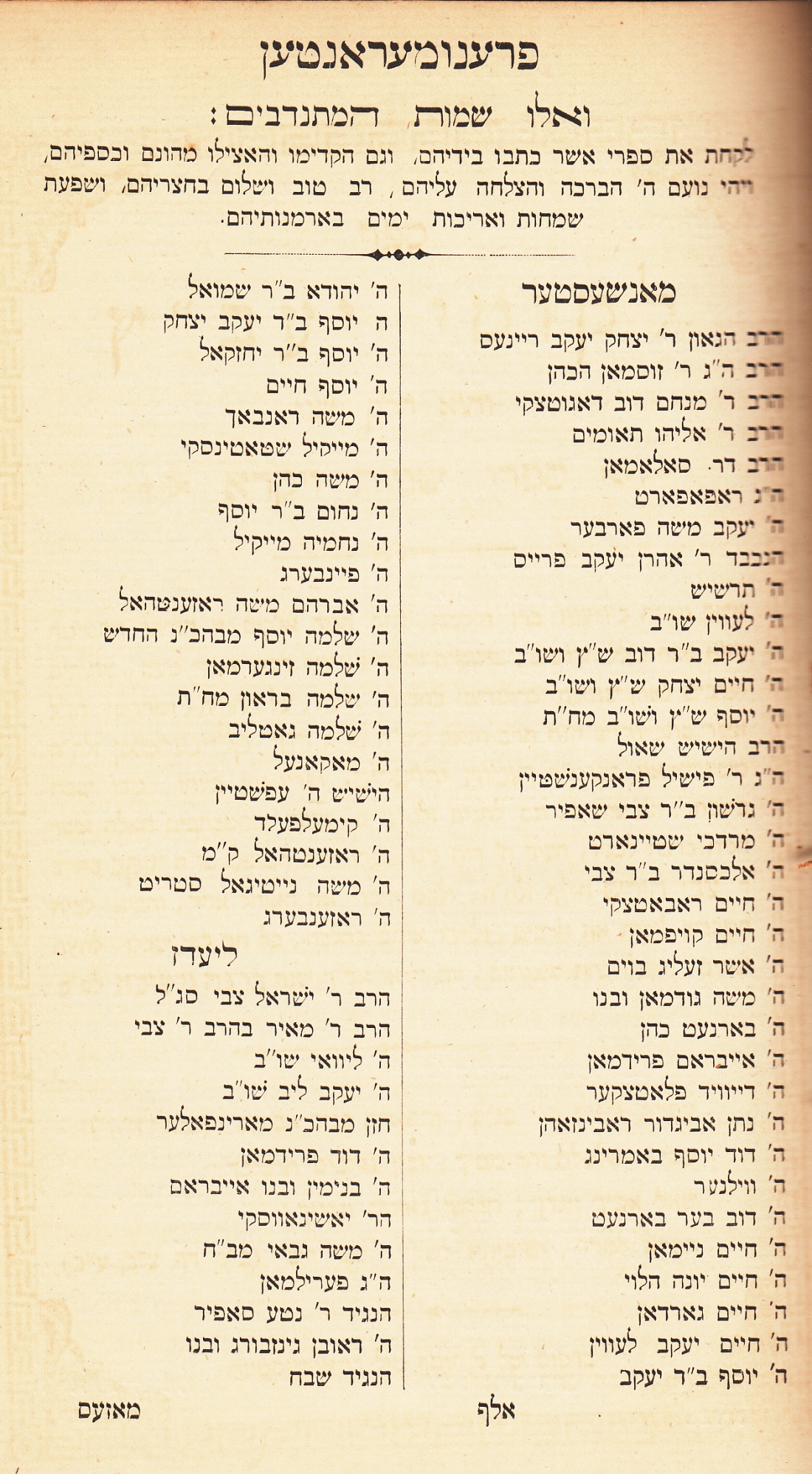 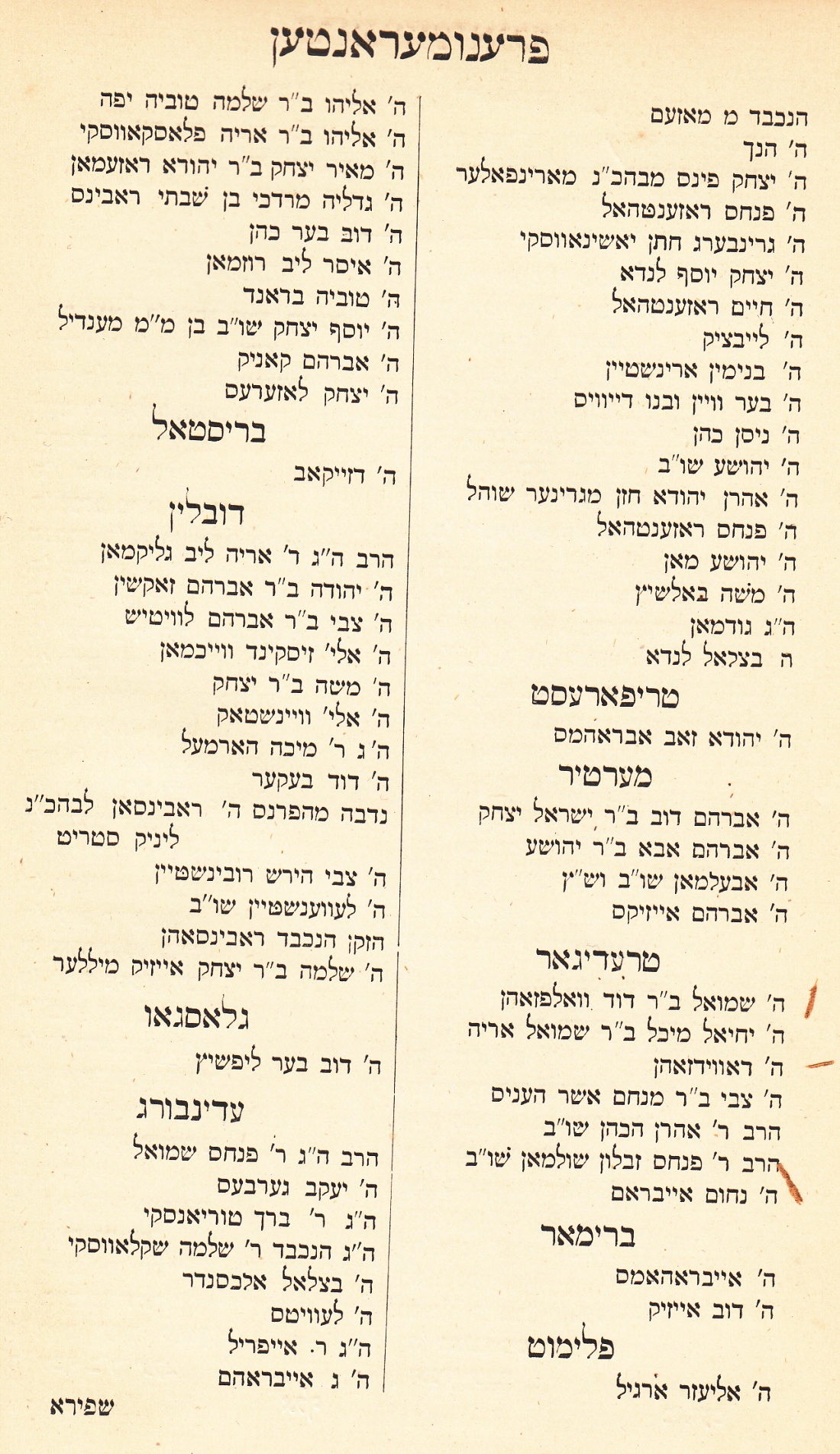 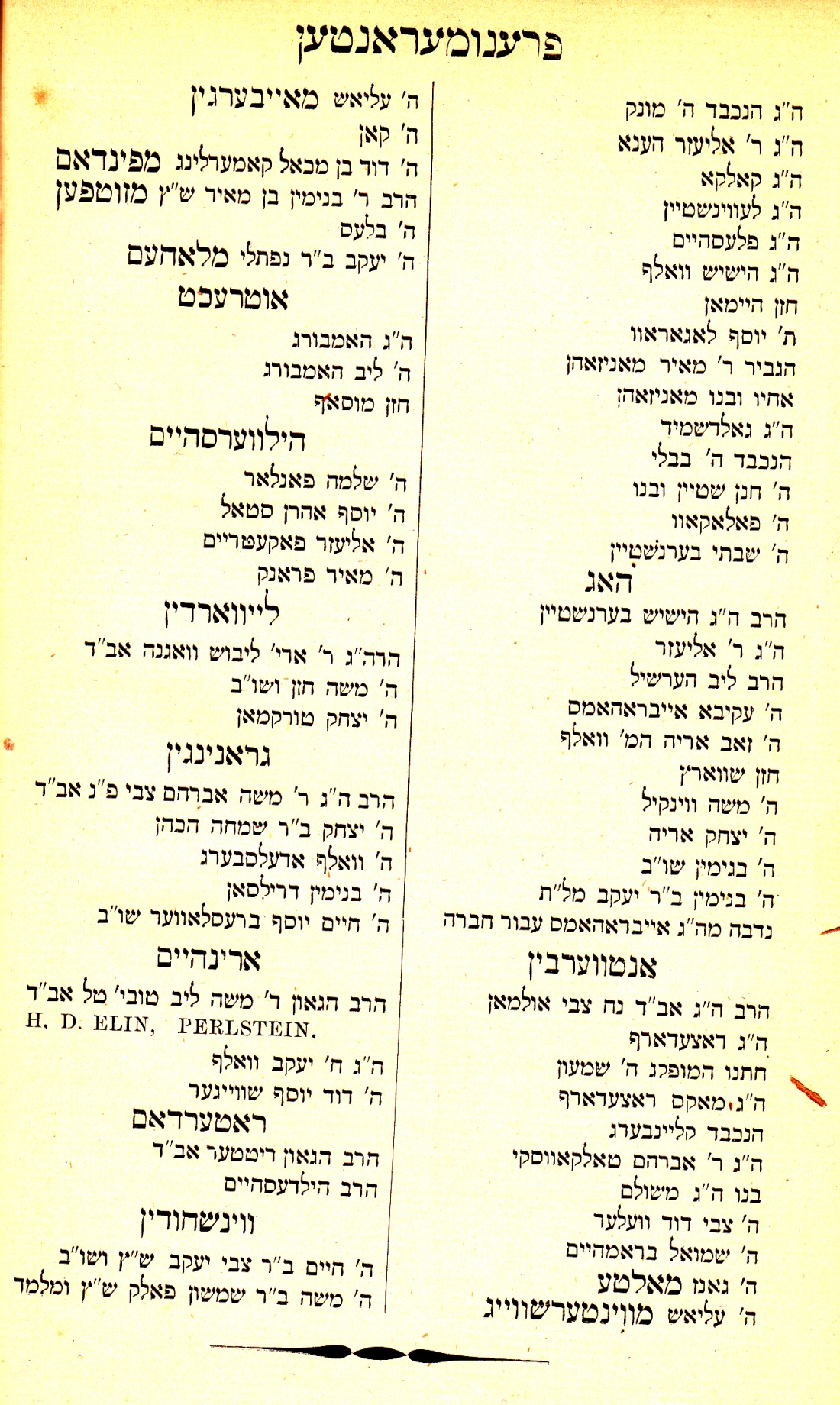 And this is the final parsha: