Philip Goldberg was born in Liverpool in 1887 and served in the Artists’ Rifles during the First World War. He was appointed Secretary of the Council of the United Synagogue and the Burial Society in 1920, retiring in 1947.

Many British Machzorim (Festival Prayer books) include wording in Yizkor (the Memorial Prayer) that “here are recited the names of the deceased Chief Rabbis”, but do not provide a list of whom they were with their Hebrew names.  This little book of occasional prayers, of which I have scanned a sample, includes that useful list. 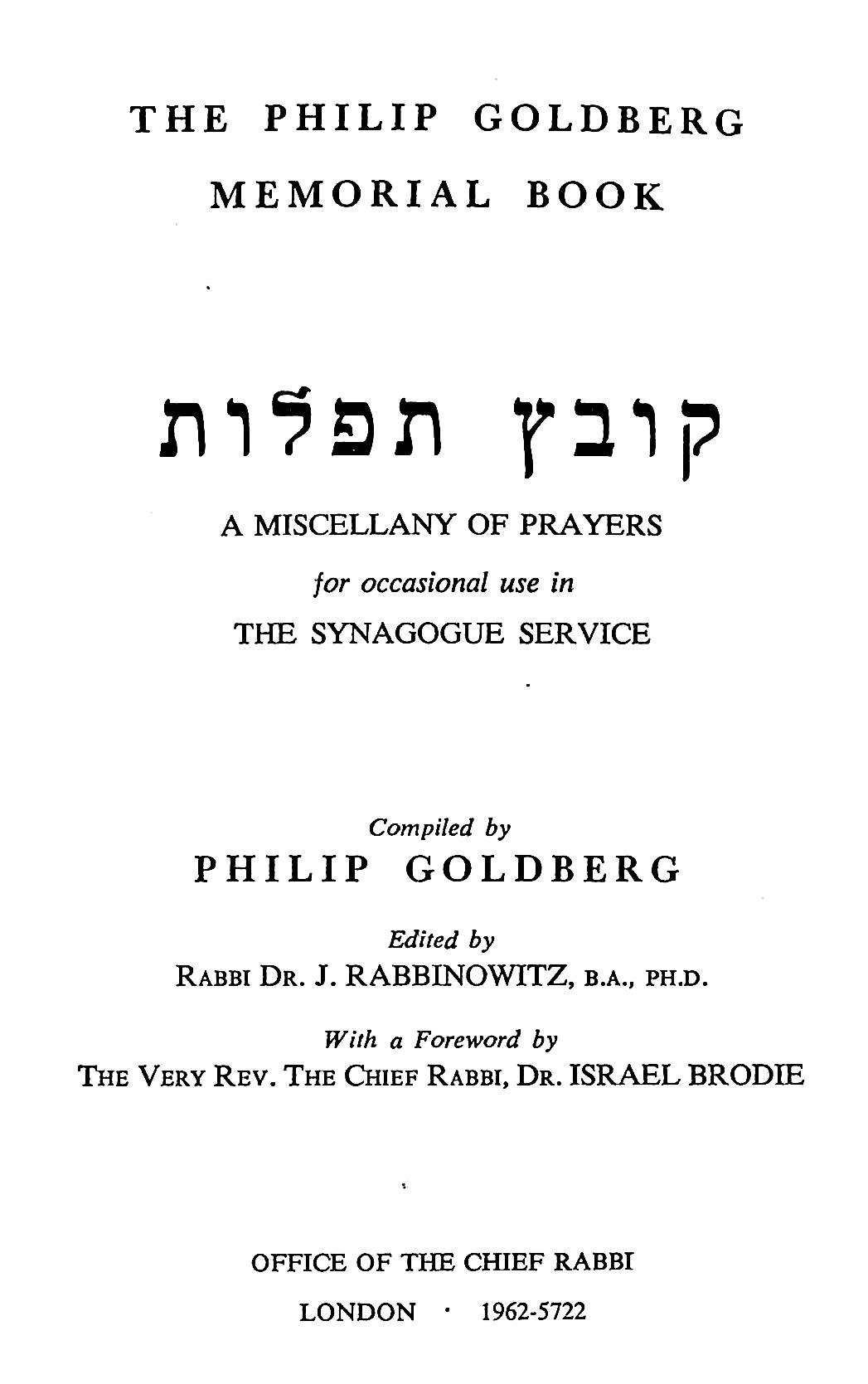 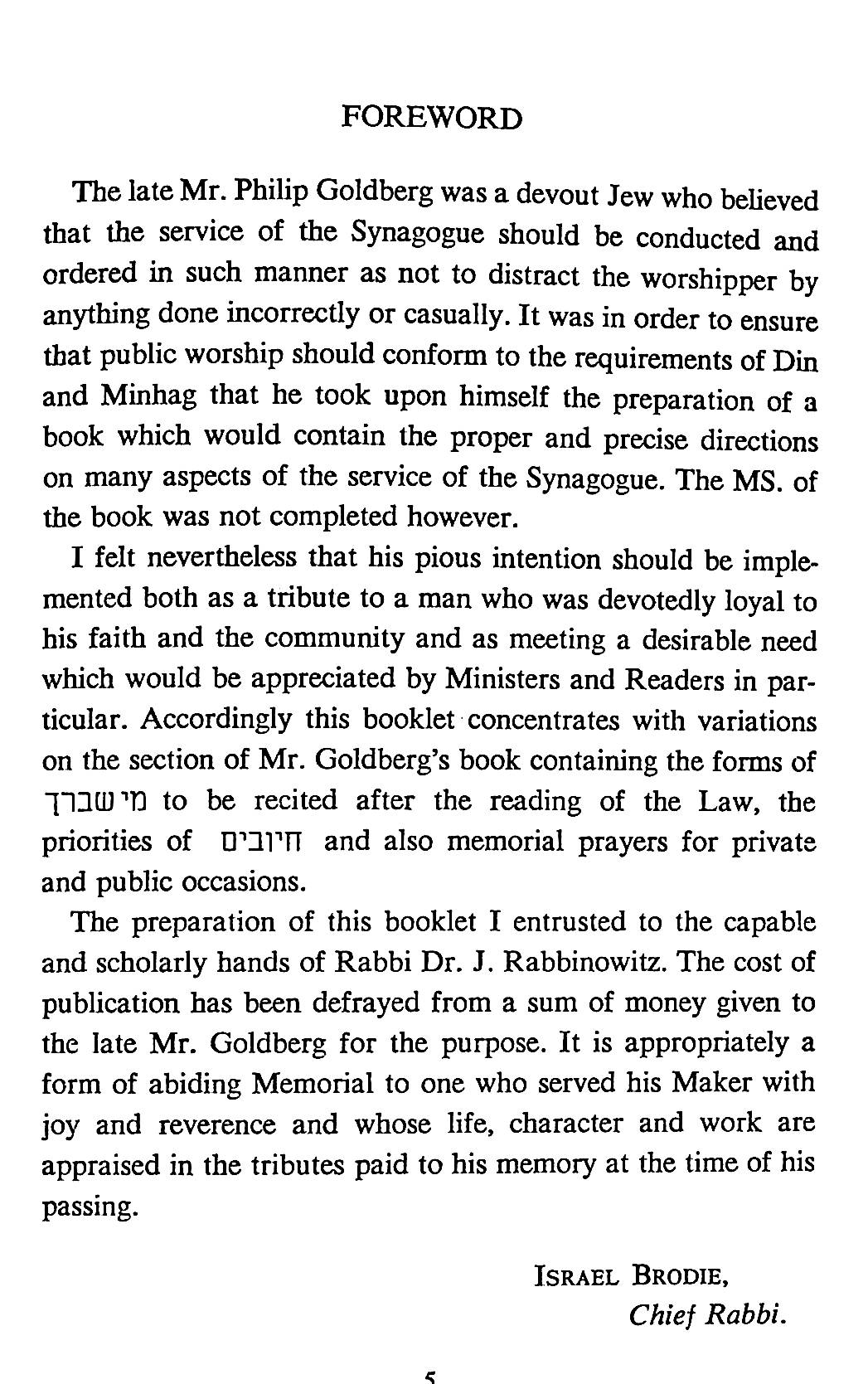