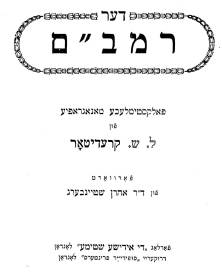 Leib Sholem Kreditor was born in Lithuania in 1875.  He was a journalist who emigrated from Lithuania to London around 1905.  He worked as a Hebrew teacher in local Talmud Torahs, and also wrote short stories, reports, features, and articles on Yiddish theater in the London Yiddish press of his day.  L. S. Kreditor was also a contributor to the monthly Yiddish literary journal Loshn un Lebn. He also wrote under a variety of pen names, one of which was Leon Frid.  He died in London in 1966.

This book is about Rabbi Moses ben Maimon, known as the Rambam and also Maimonides.  My copy is signed.  It was published by the Yidishe Shtime in 1950.  If you would like to read your own copy, you can download it from the Yiddish Book Center. 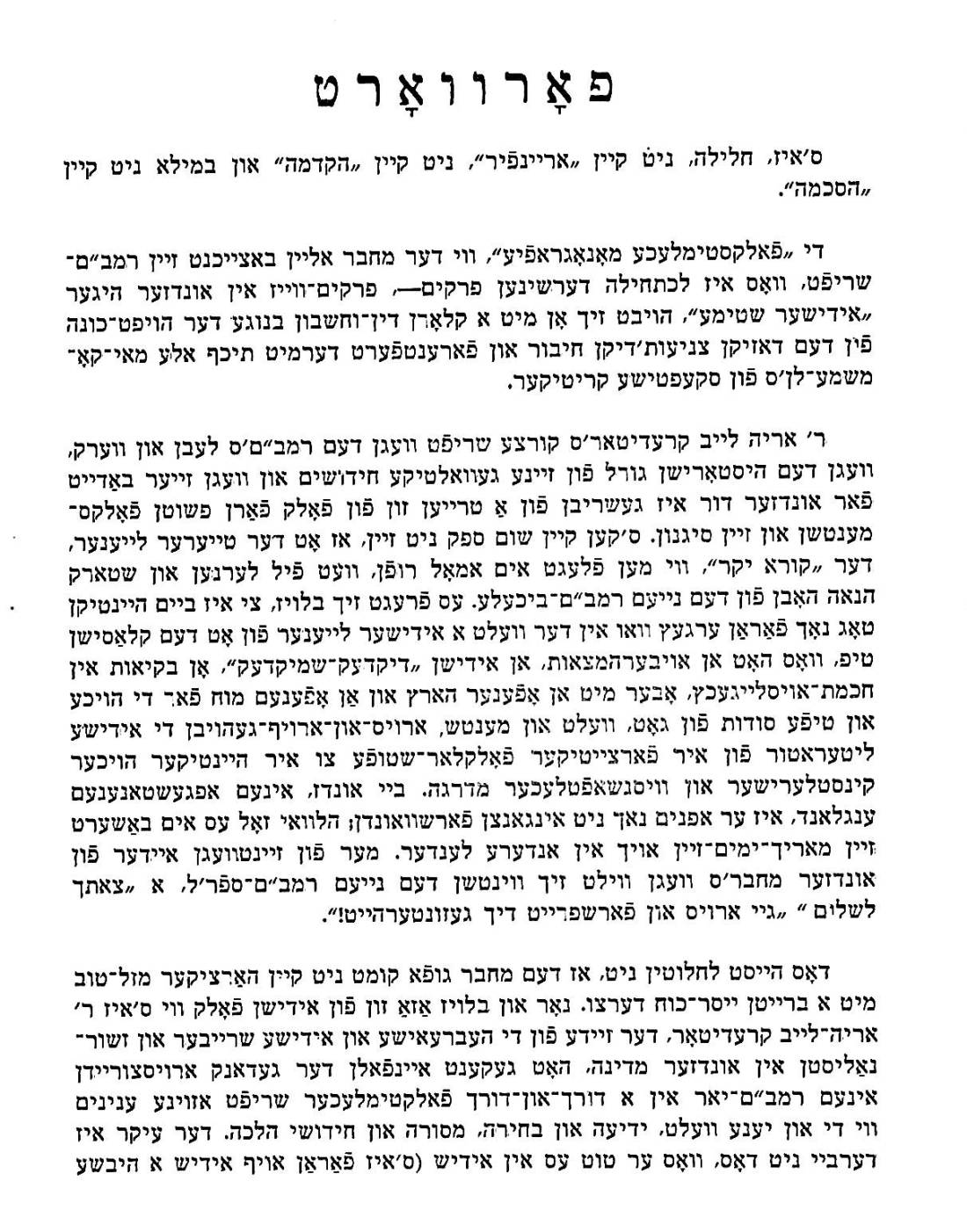 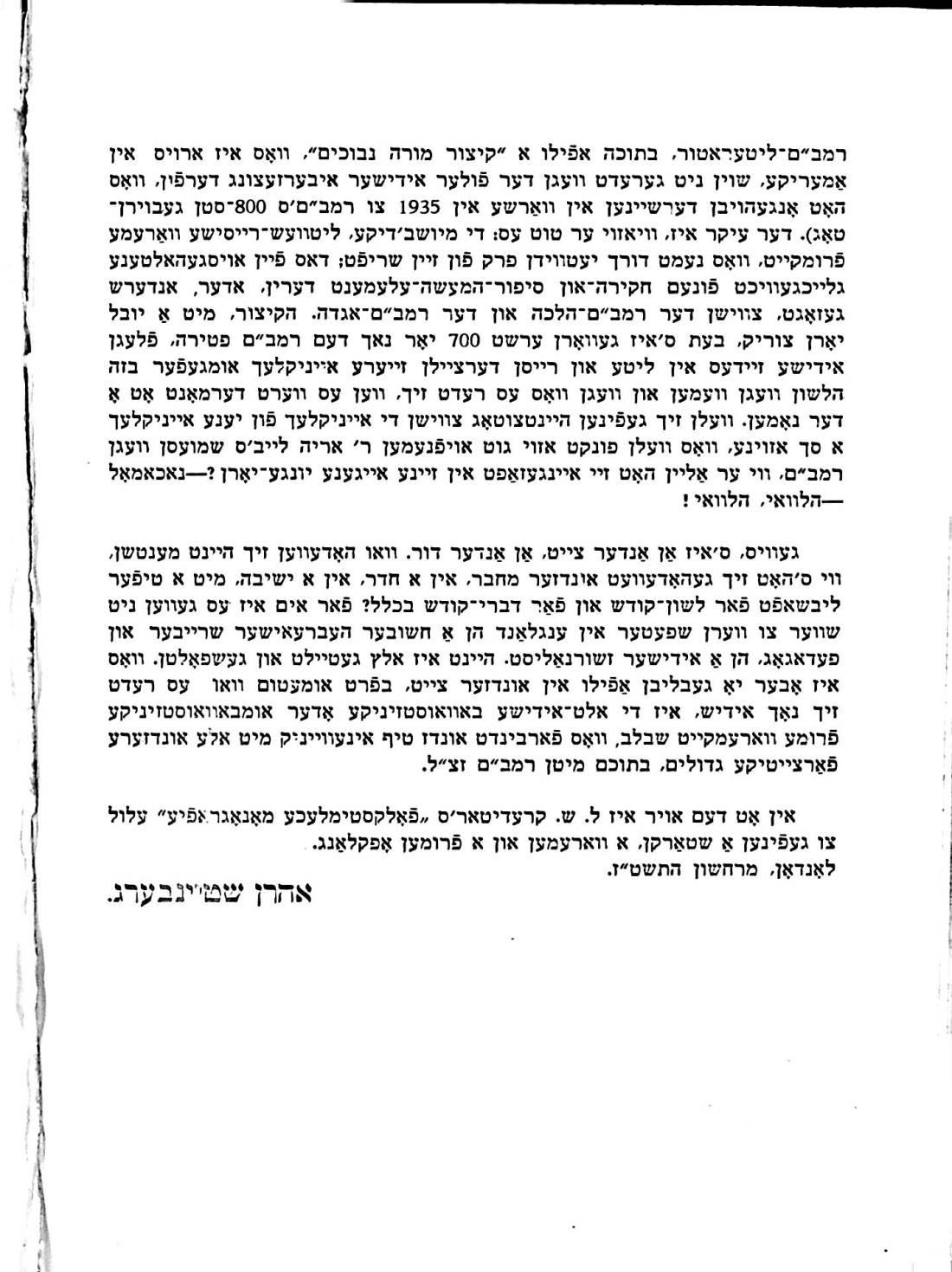 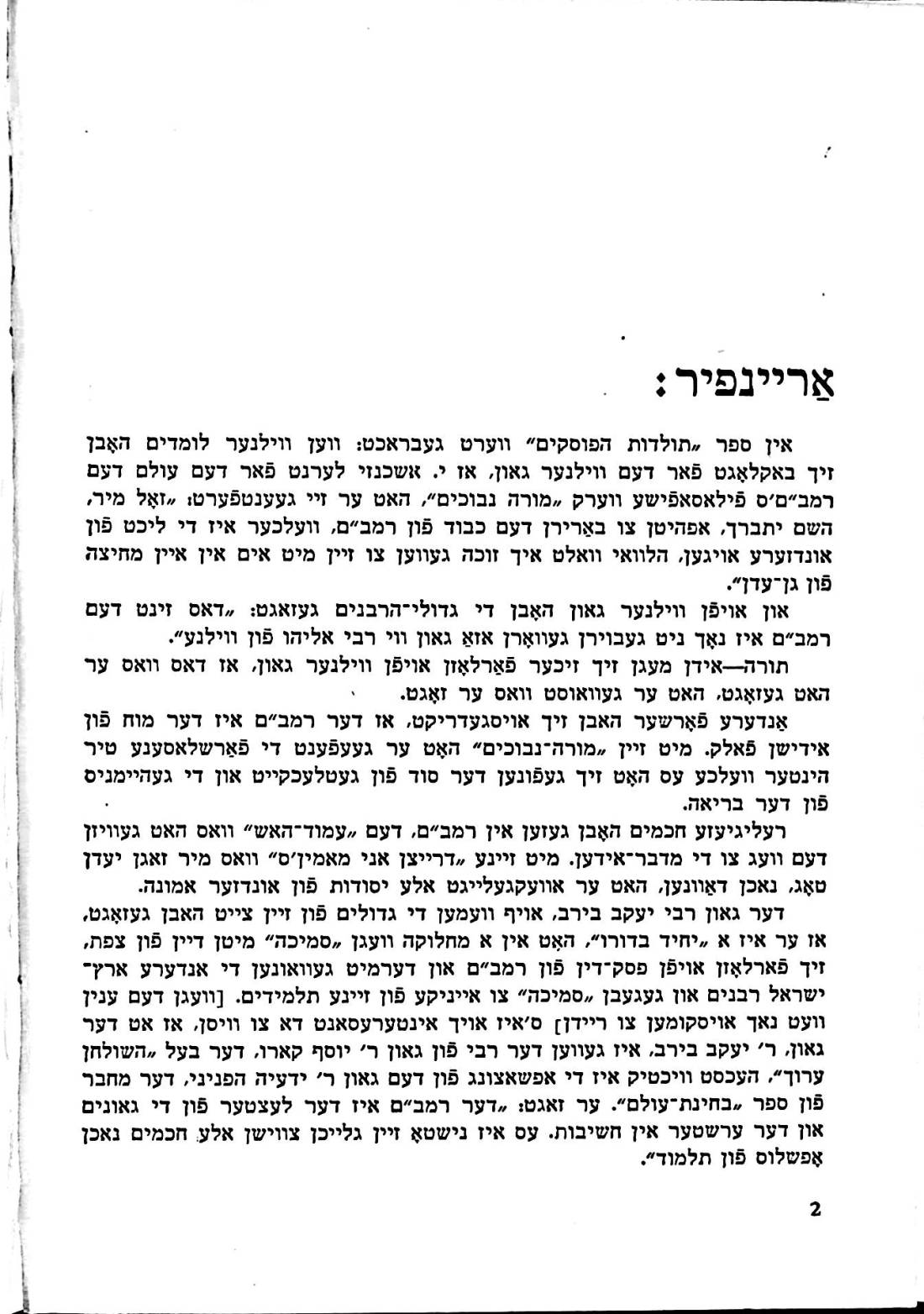 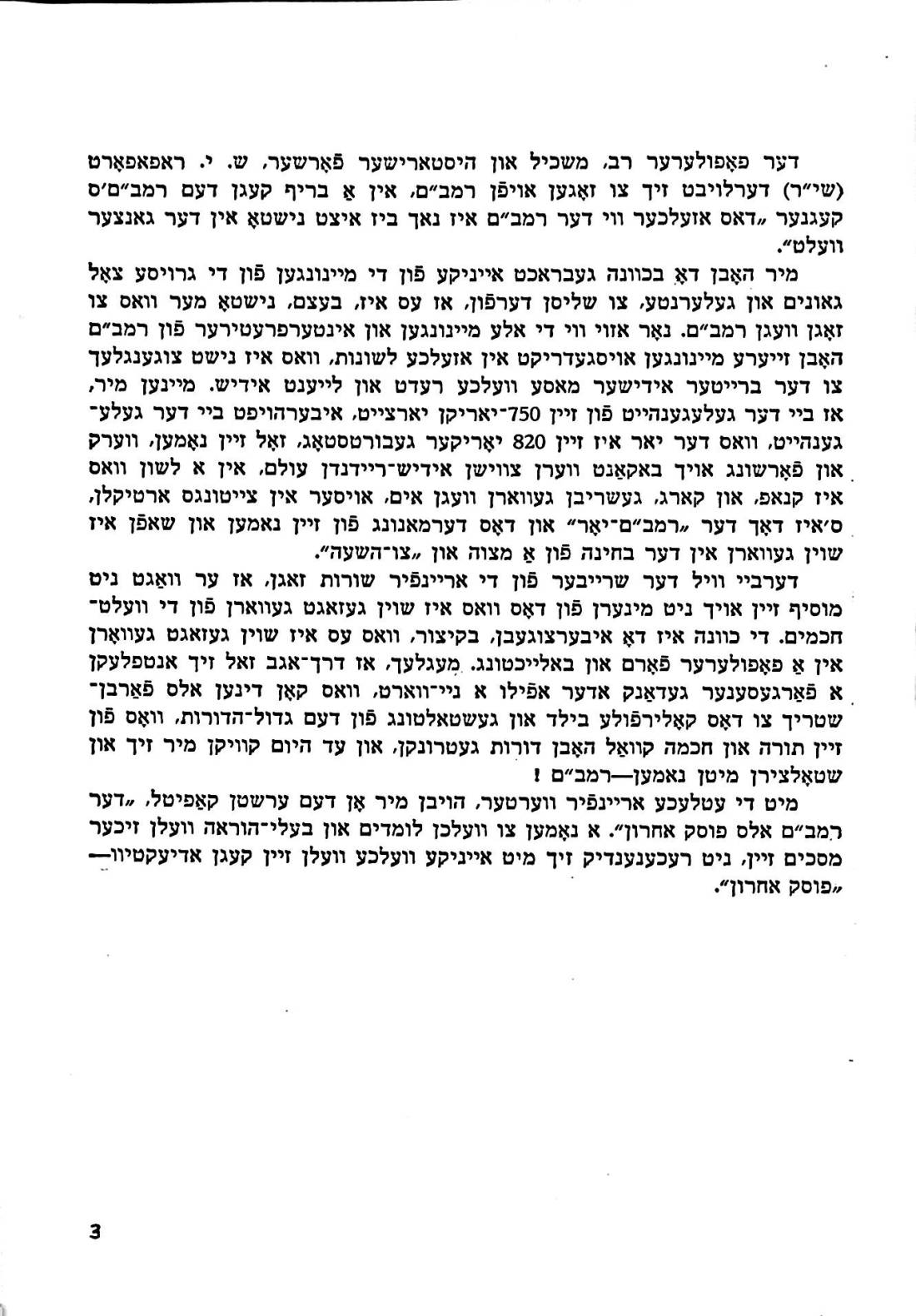 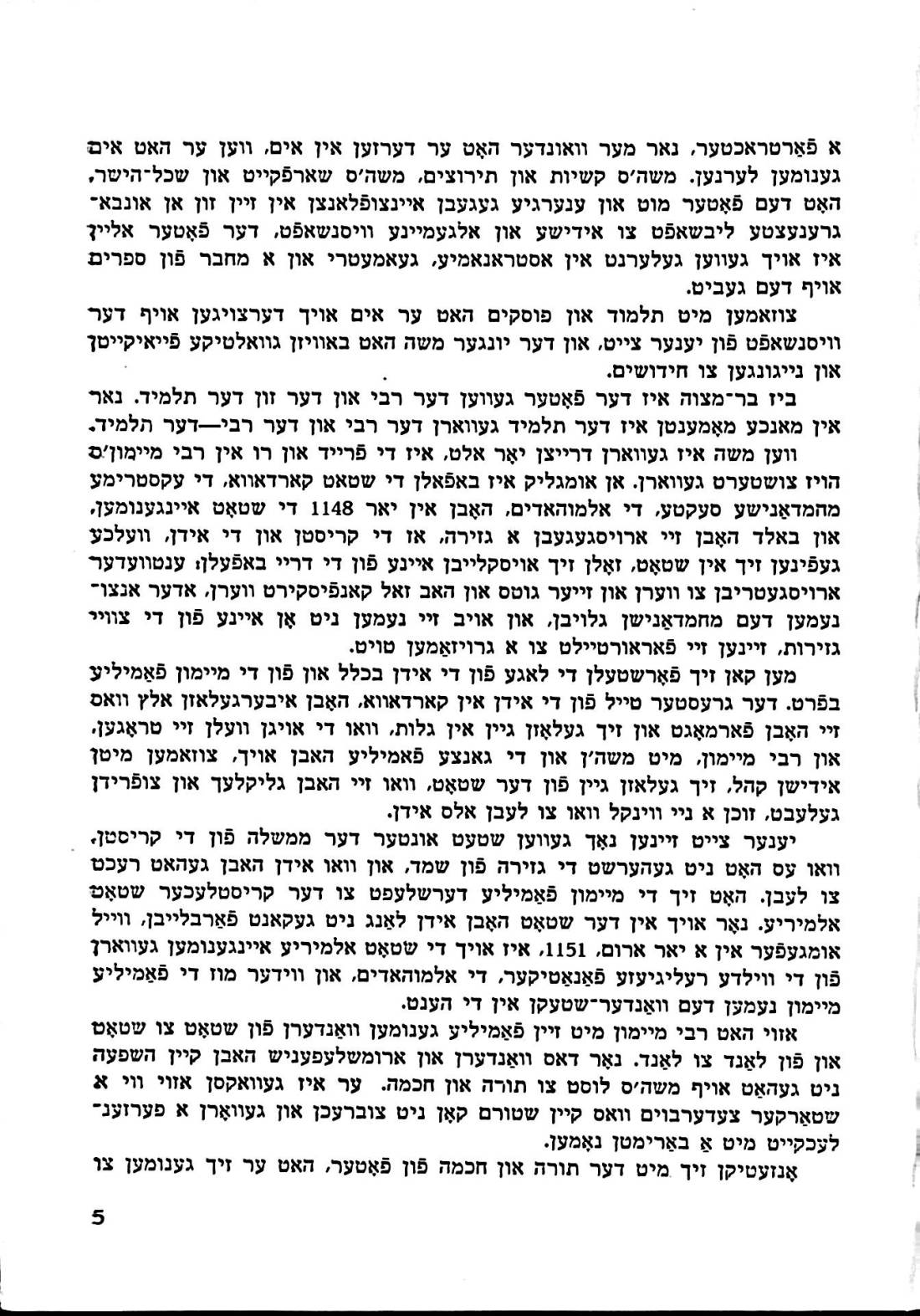