This is another book by an author already featured in this blog (see the article on Marche Lev), Rabbi Lewis Levine, who by 1916 was  Rabbi of the Great Zionist Synagogue in Little Alie Street, London. 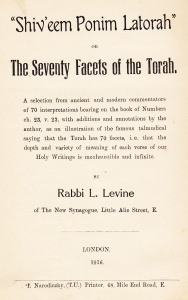 The book was printed by Israel Narodicky, at his printing house at 48 Mile End Road.

My copy has the stamp of Rabbi Yehuda Sheinfeld, with an address next door to the long defunct Fenton Street synagogue in London.  Thanks to Maurice Kennedy for pointing out that this is Rabbi Yehuda Chaim Schonfeld – the Kielce Rebbe, written about by Rabbi Harry Rabbinowicz in his book “A World Apart”.  He was born in 1892 in Wloclawek, Poland and arrived in London in 1929, living at first at 17 Fenton Street.  he was known for his promotion of Taharat Hamishpacha, the law relating to family purity, arguing that the building of a Mikveh takes precedence over the building of a synagogue.

Rabbi Levine was obviously highly regarded in orthodox rabbinical circles in England, and his book has an amazing and impressive list of haskamas (approbations), a who’s who of orthodox British Jewry in 1916. 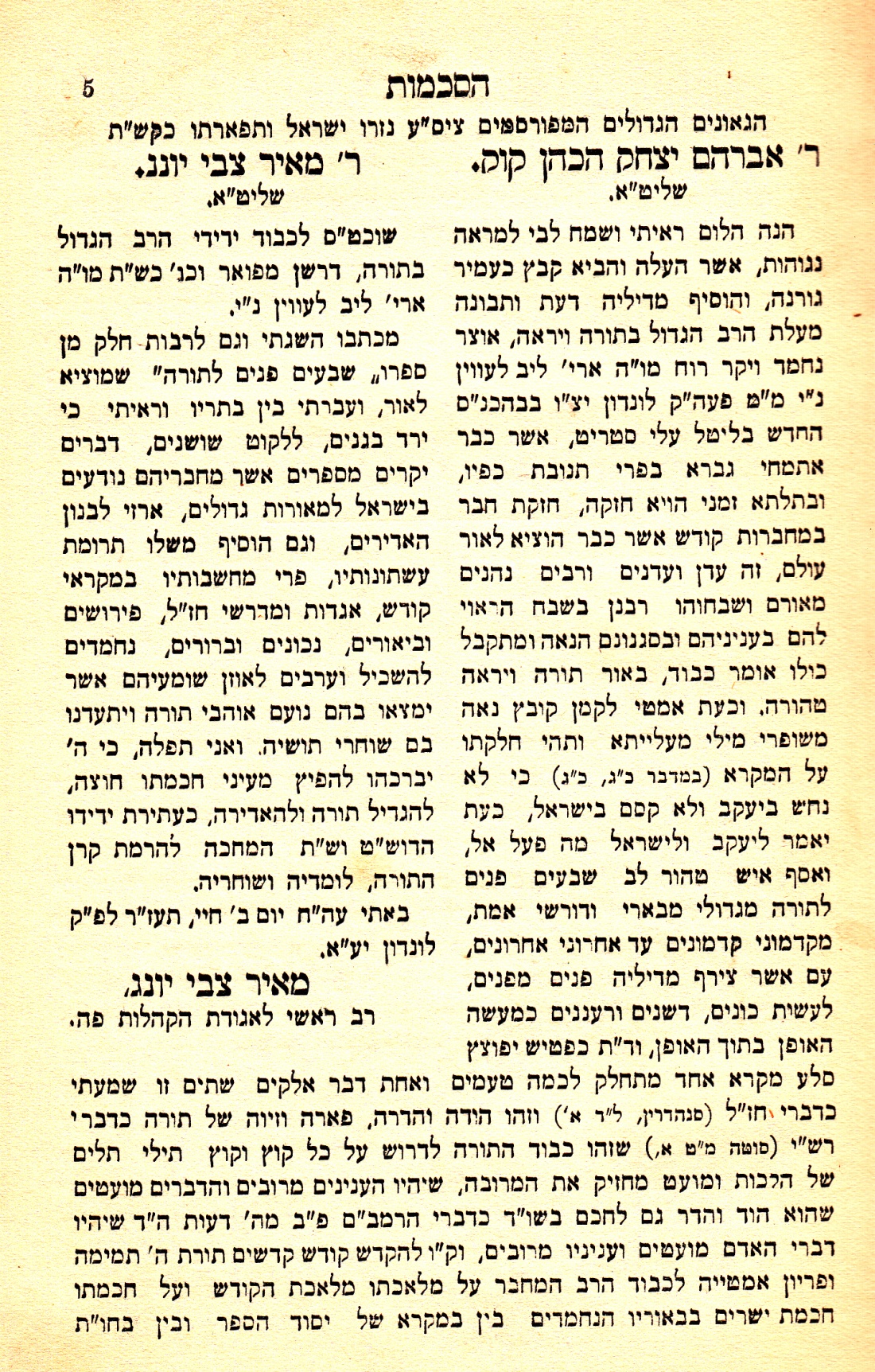 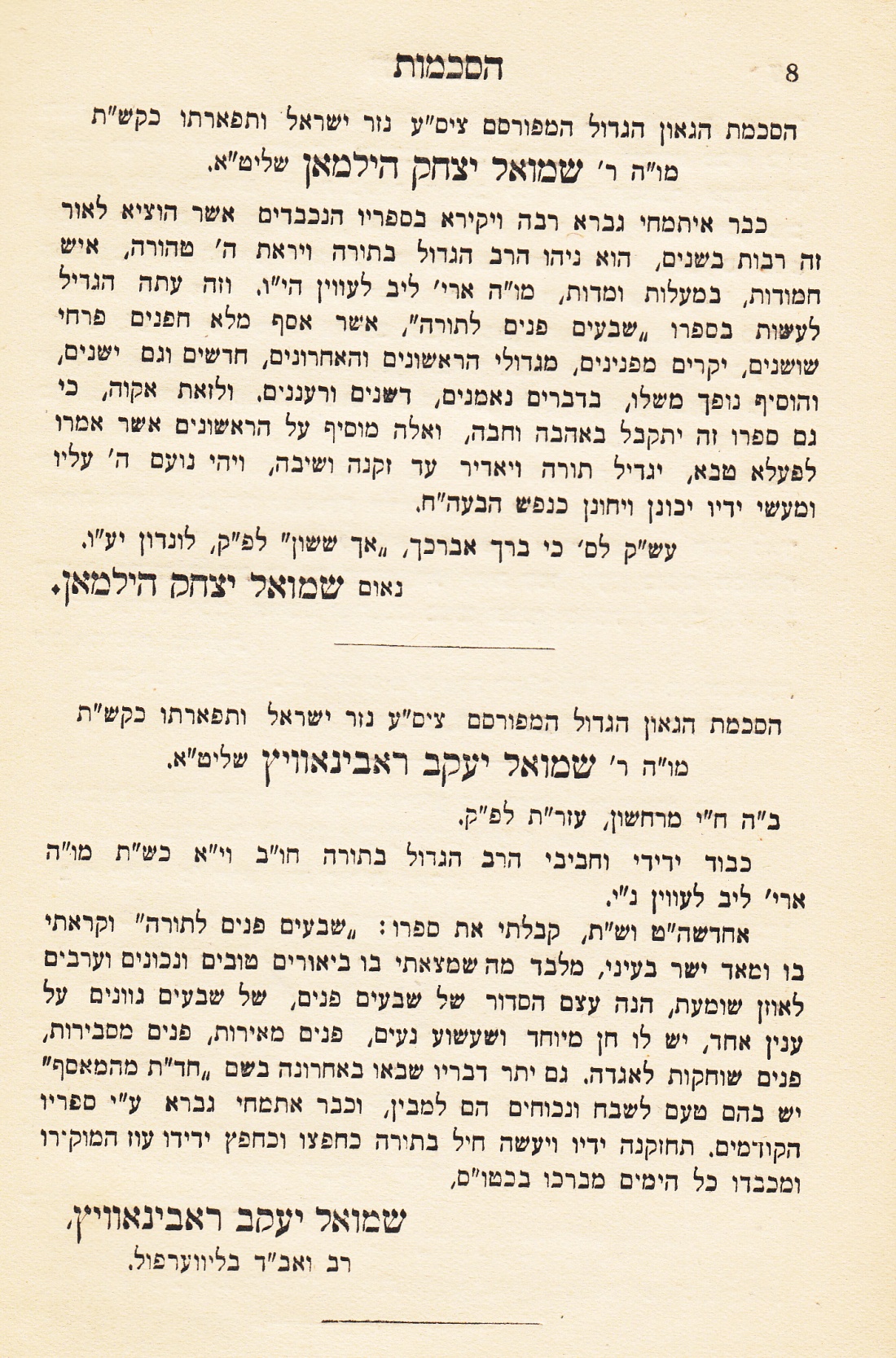 The idea behind this book is attractive and interesting.  Rabbi Levine has decided to demonstrate the idea that there are seventy facets of the Torah by taking one verse, and writing about a selection from ancient and modern commentators of seventy different interpretations, with illustrations and annotations by the author.  The verse is Numbers, Chapter 23, verse 23, “For there is no enchantment with Jacob, neither is there any divination with Israel; now it is said of Jacob and of Israel: ‘What hath God wrought!'”

Here are the 70 sources in the table of contents:

And here is a sample page of the book: