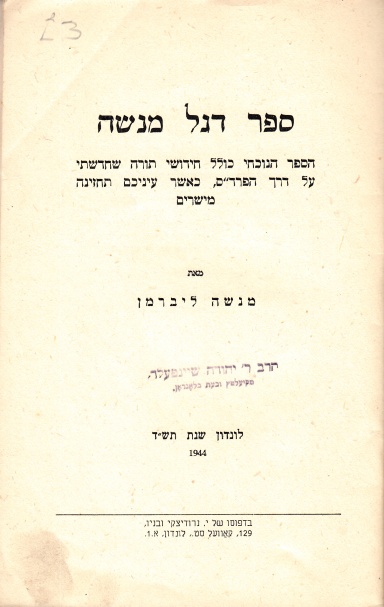 This book was written by Menashe Lieberman and printed by Israel Narodiczky in Whitechapel, London, in 1944. My first question – which I throw open to all my kind friends who have commented on this website – is, who was Menashe Lieberman?  In spite of some research, I have not been able to find out anything about him.

However, my copy was owned by Rabbi Yehuda Sheinfeld (Schonfeld), who was known as the Kielcer Rebbe.  His stamp is just below the author’s name.  I have written about him before here.  Rabbi Schonfeld was born in 1892 in Wloclawek, Poland and arrived in London in 1929.  he was known for his promotion of Taharat Hamishpacha, the law relating to family purity, arguing that the building of a Mikveh takes precedence over the building of a synagogue. 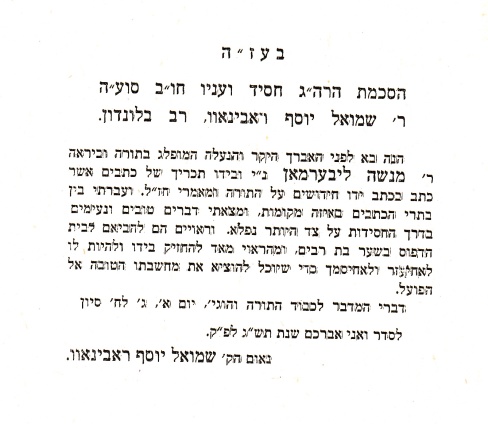 The book has a haskama (approbation) of Rabbi Samuel Joseph Rabinow.  He was born in Chaimiak, a suburb of Kovno, and studied under the Chofetz Chaim at his yeshiva in Radin.  He had been a dayan in Vilna, established a yeshiva in Hamburg and was a dayan of the Machzike Hadath community in Antwerp.  He escaped to England on one of the last boats to leave Dunkirk, and became the Rabbi of the Stamford Hill Beth Hamidrash.

With a haskama from an important Rabbi, and the Kielce Rabbi owning a copy, it seems that Menashe Lieberman was a valued writer – perhaps someone knows more about him? 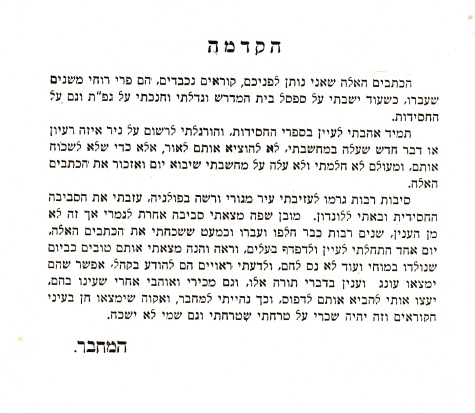 In the introduction Menashe Lieberman writes that many reasons caused him to leave the city where he lived, Warsaw in Poland, that he left the Chassidic surrounding and came to London, where it is understood  that he found completely different surroundings. 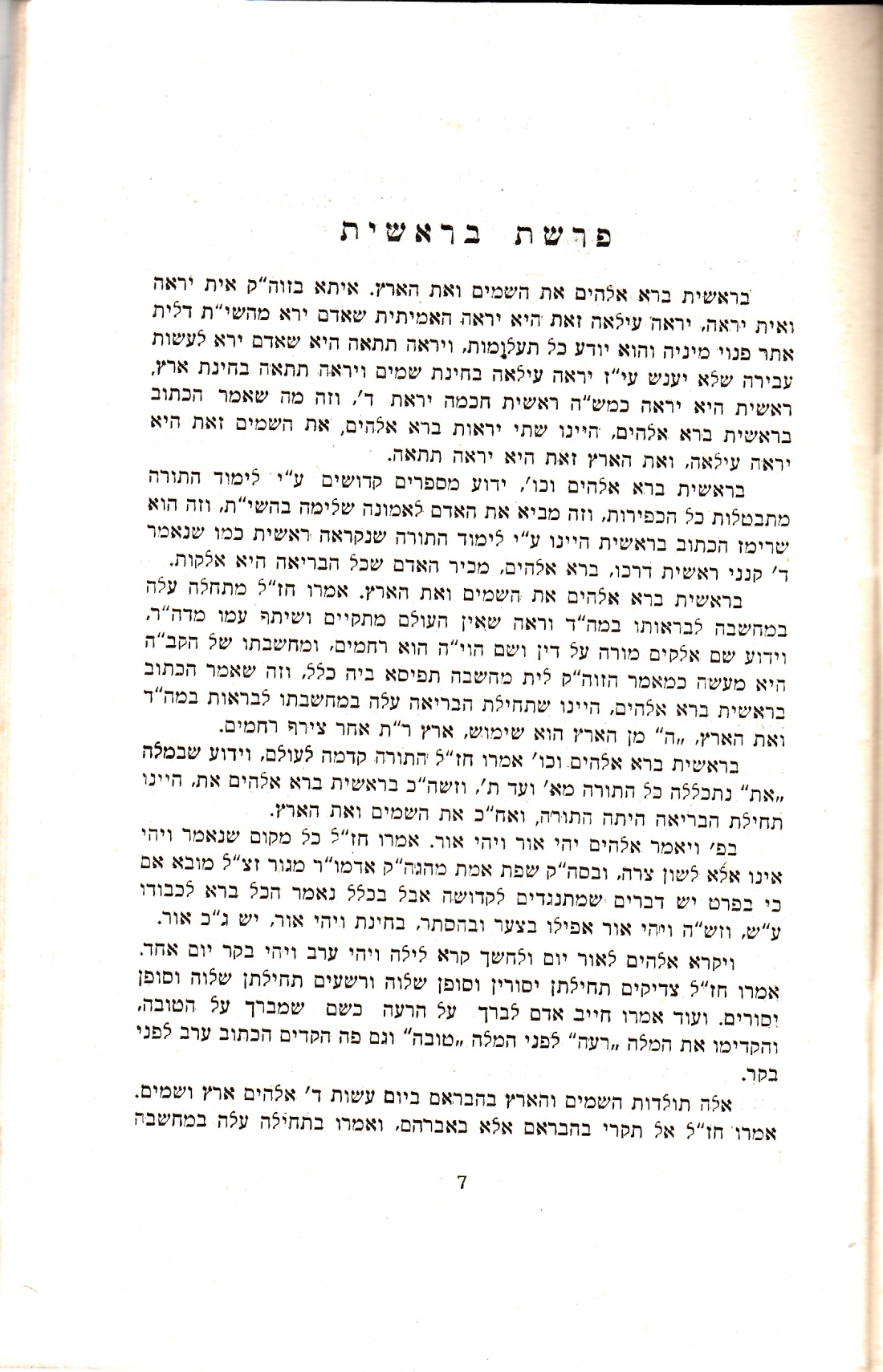 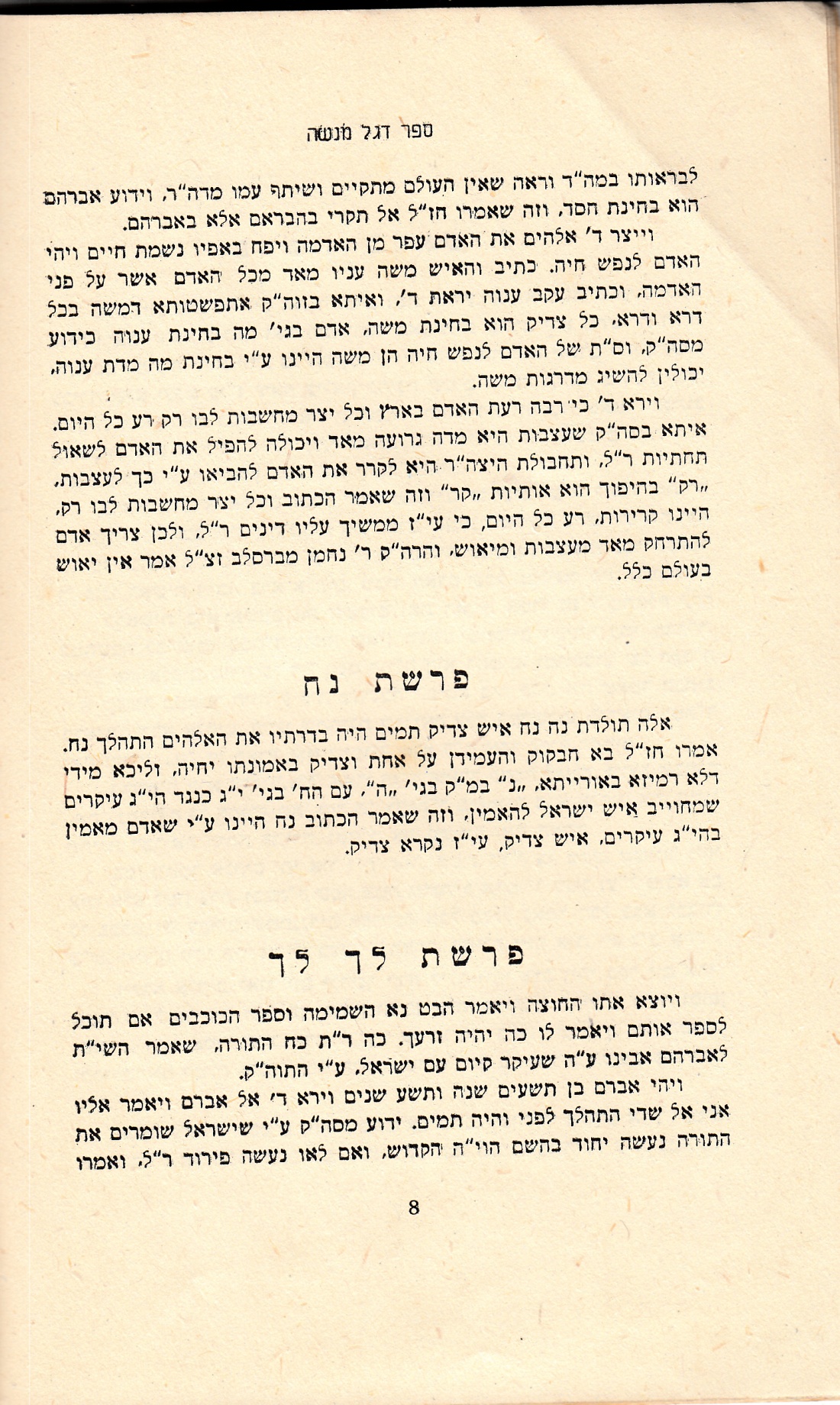 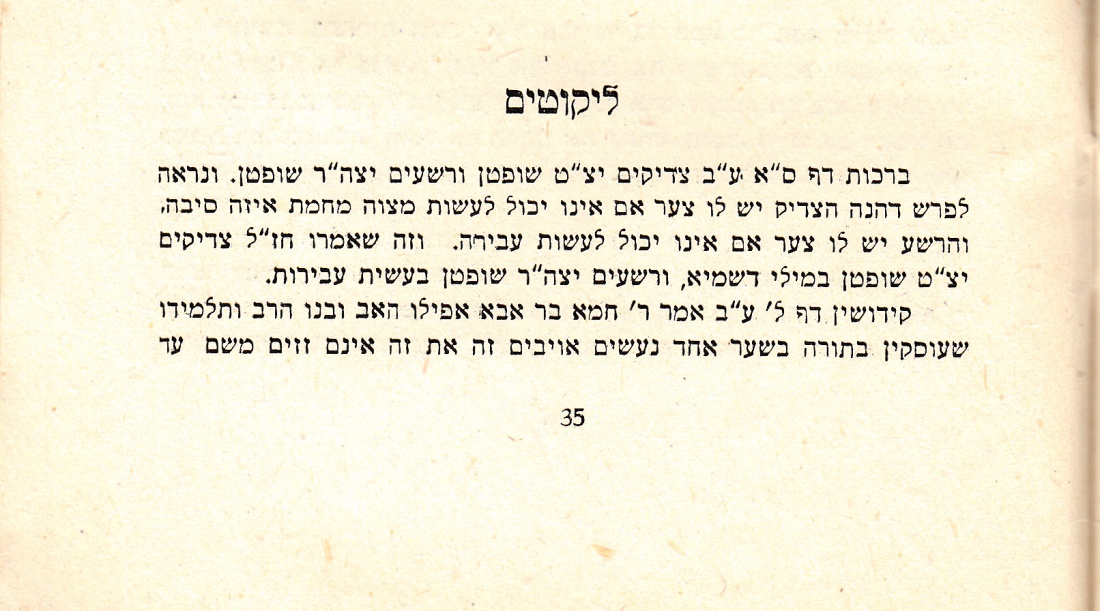 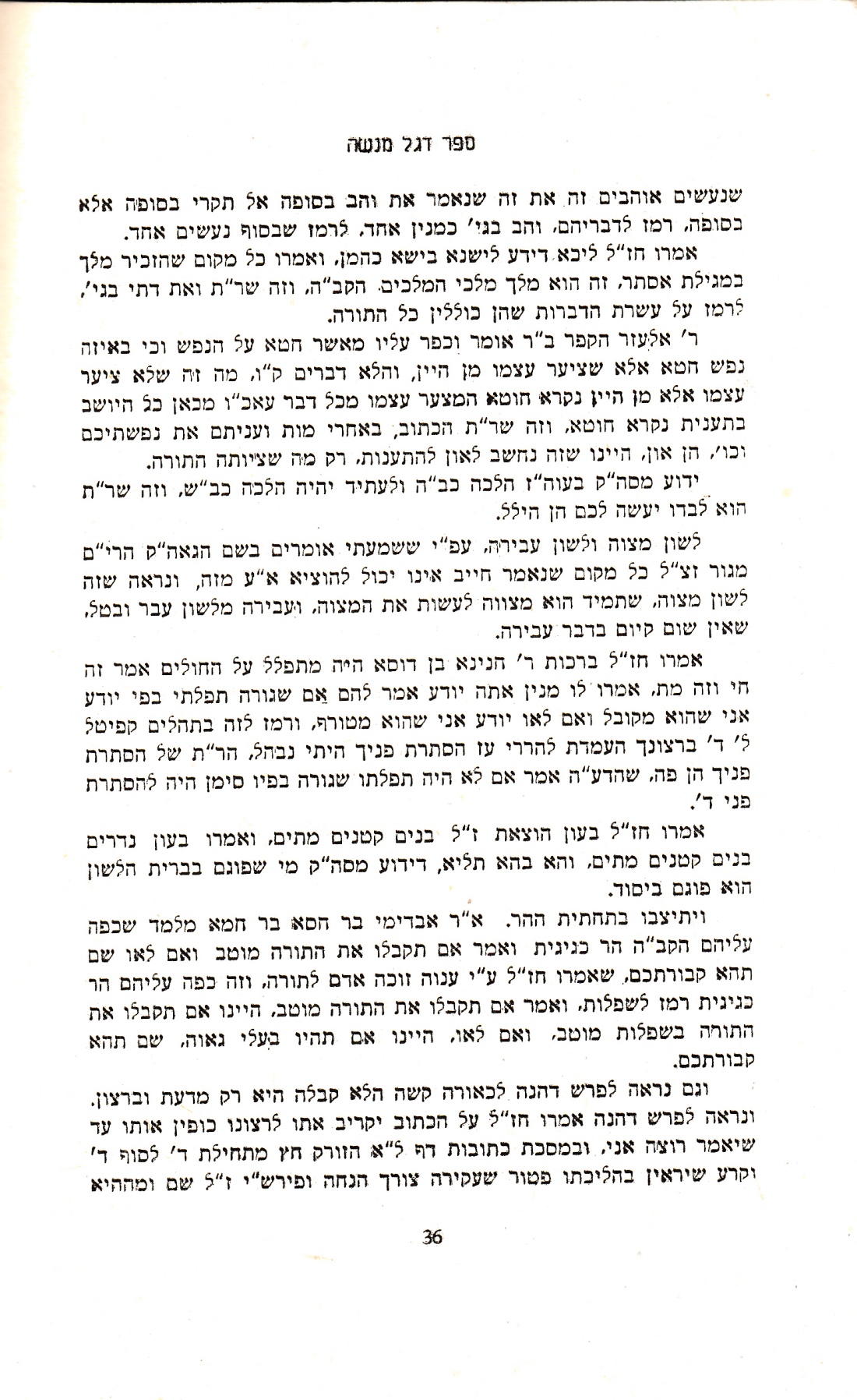 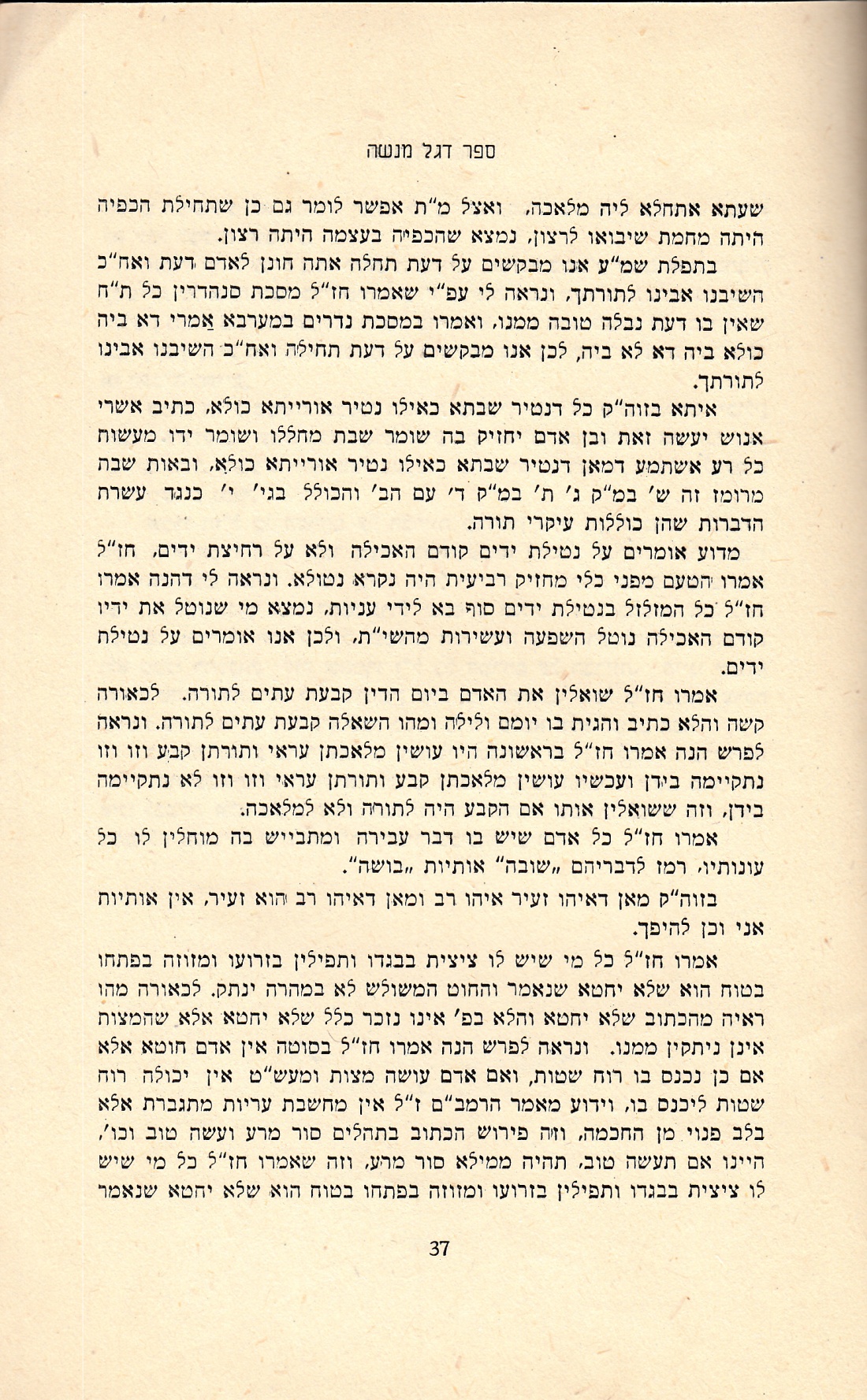 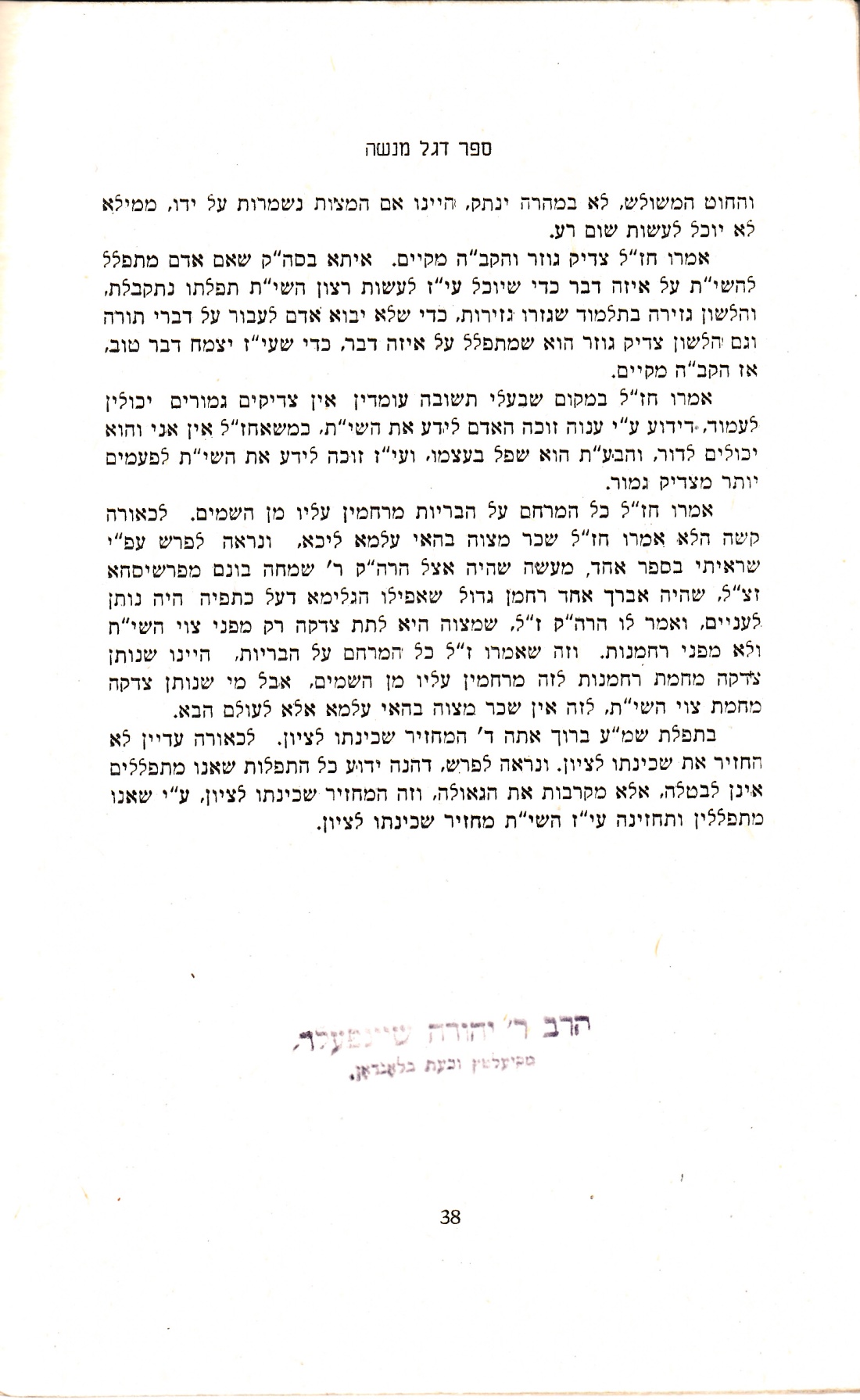