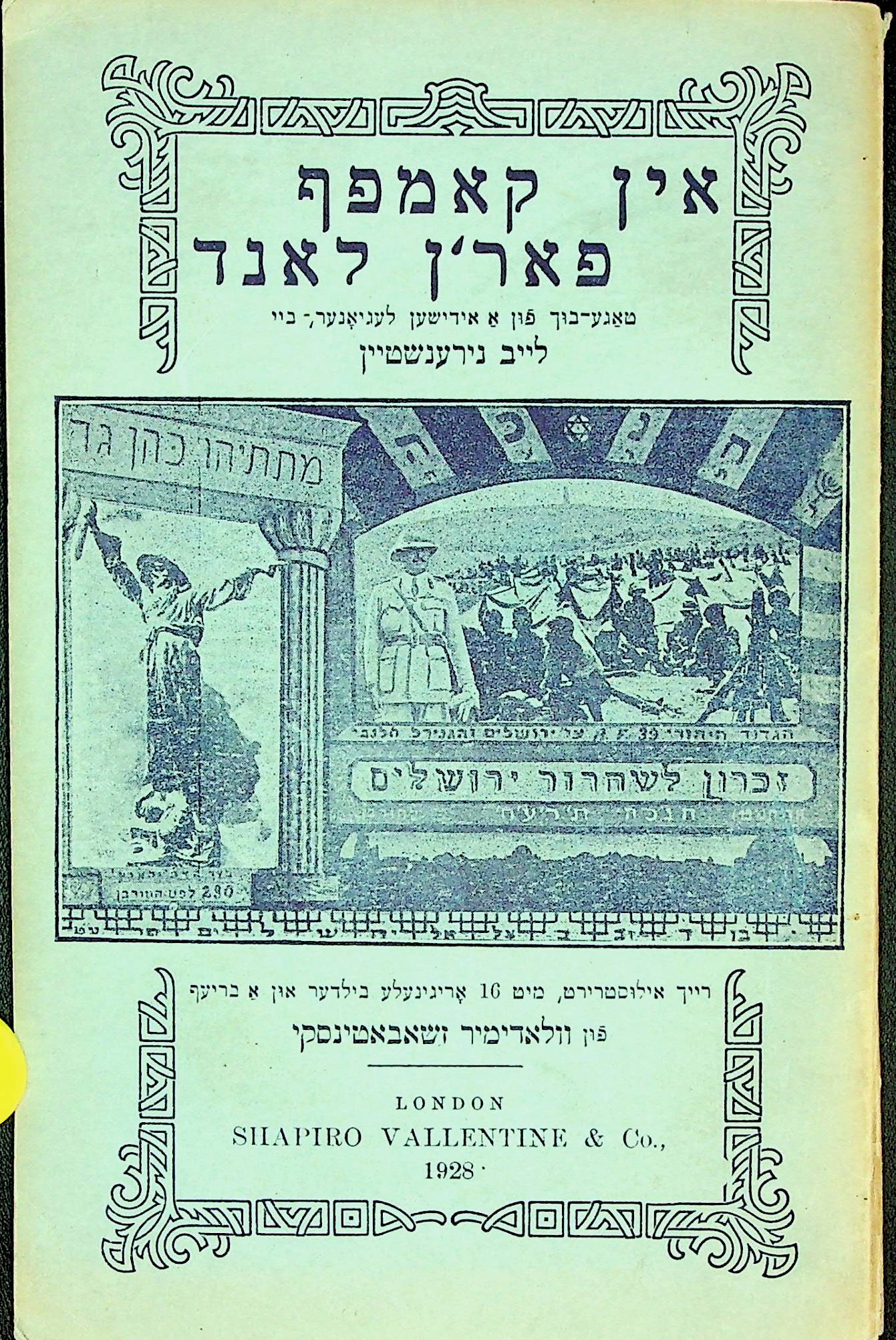 This book – in Yiddish – tells the story of a Jewish soldier who fought in a Jewish Battalion of the Royal Fusiliers of the British Army in World War I.

Louis (Yehuda Leib) Nirenstein was born in the village of Pyesk, in the Grodno district of Byelorussia.  He emigrated to the United States in 1913. Until 1918 he was active in the Labor Zionist movement in the Bronx, New York, and he then joined the Jewish Legion which trained in Canada and travelled to liberate the Land of Israel from the Turks.  Although he returned to the United States in 1919, he then travelled to London where he spent the rest of his life.

He wrote chapters of his experiences for the London Yiddish daily newspaper, Di Zeit, and in 1928 included them in this book, which was published by Shapiro Valentine.  Shapiro Valentine, an old established Jewish bookshop and publisher, was owned by the Nirenstein family, and Louis Nirenstein’s niece Miriam married the son of Dayan Abramsky of the London Beth Din, Chimen Abramsky.  Chimen Abramsky took over the running of the shop until he became a Professor at University College, London. 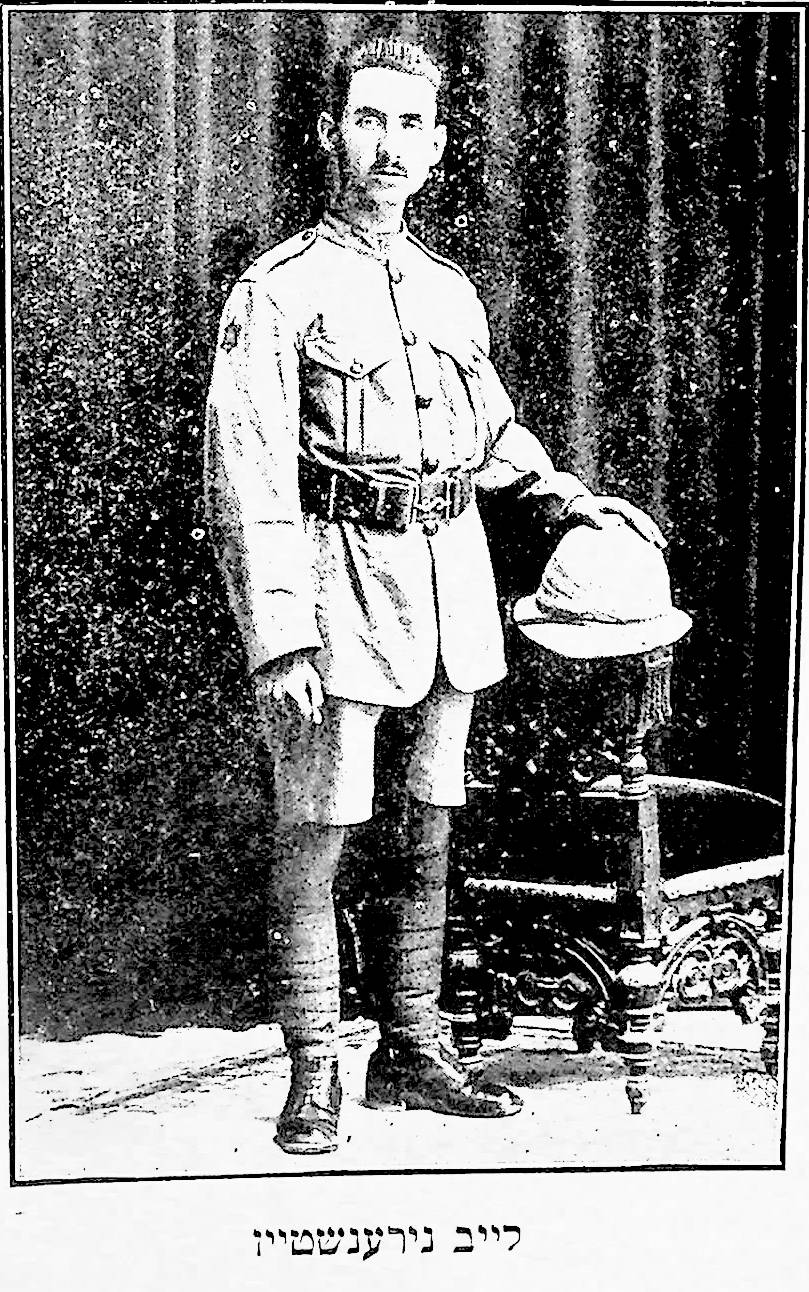 In around 1936, Louis Nirenstein was appointed as the Shammas (Beadle) of the Dalston Synagogue in Poets Road, a position that he held for about thirty years.  He was known for his extensive knowledge of books and Hebrew literature.  He died in October 1979.

The book itself starts with a short introduction by Vladimir Jabotinsky, who wrote more extensively in English about the Jewish units who fought in the Great War in the British Jewry Book of Honour.  Louis Nirenstein then narrates his story, from his recruitment in the United States, to his journey via Canada to London, Egypt and then the Land of Israel.

I have scanned quite a number of extracts below: 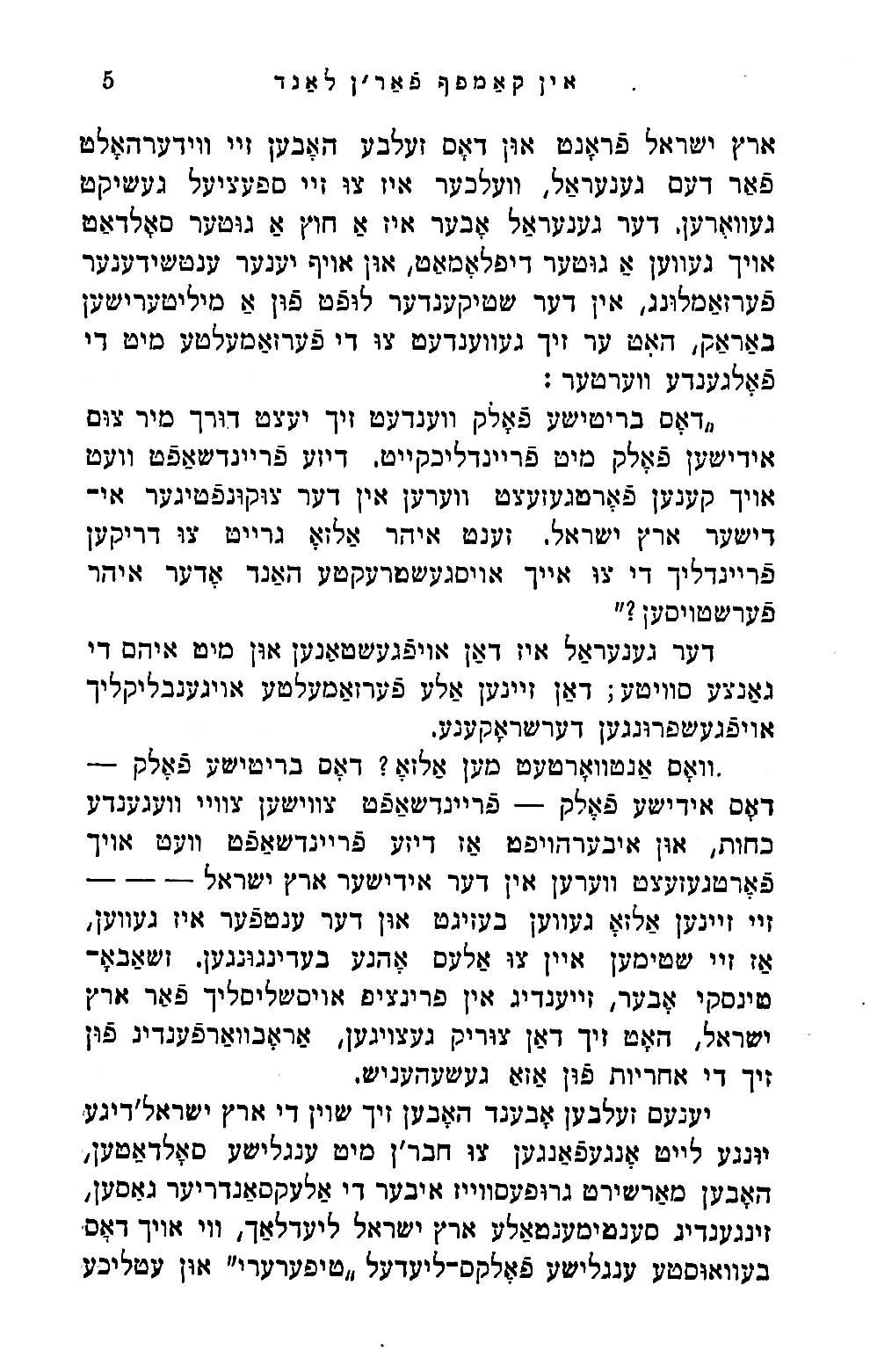 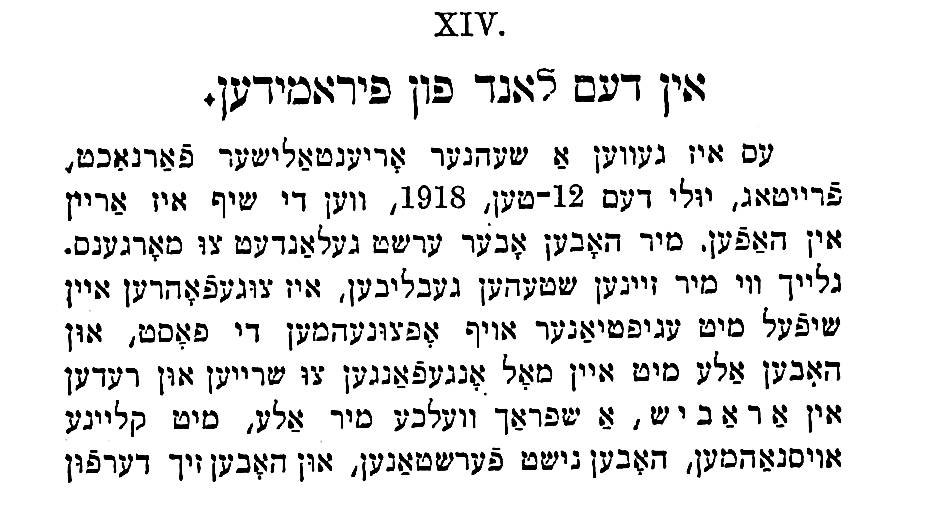 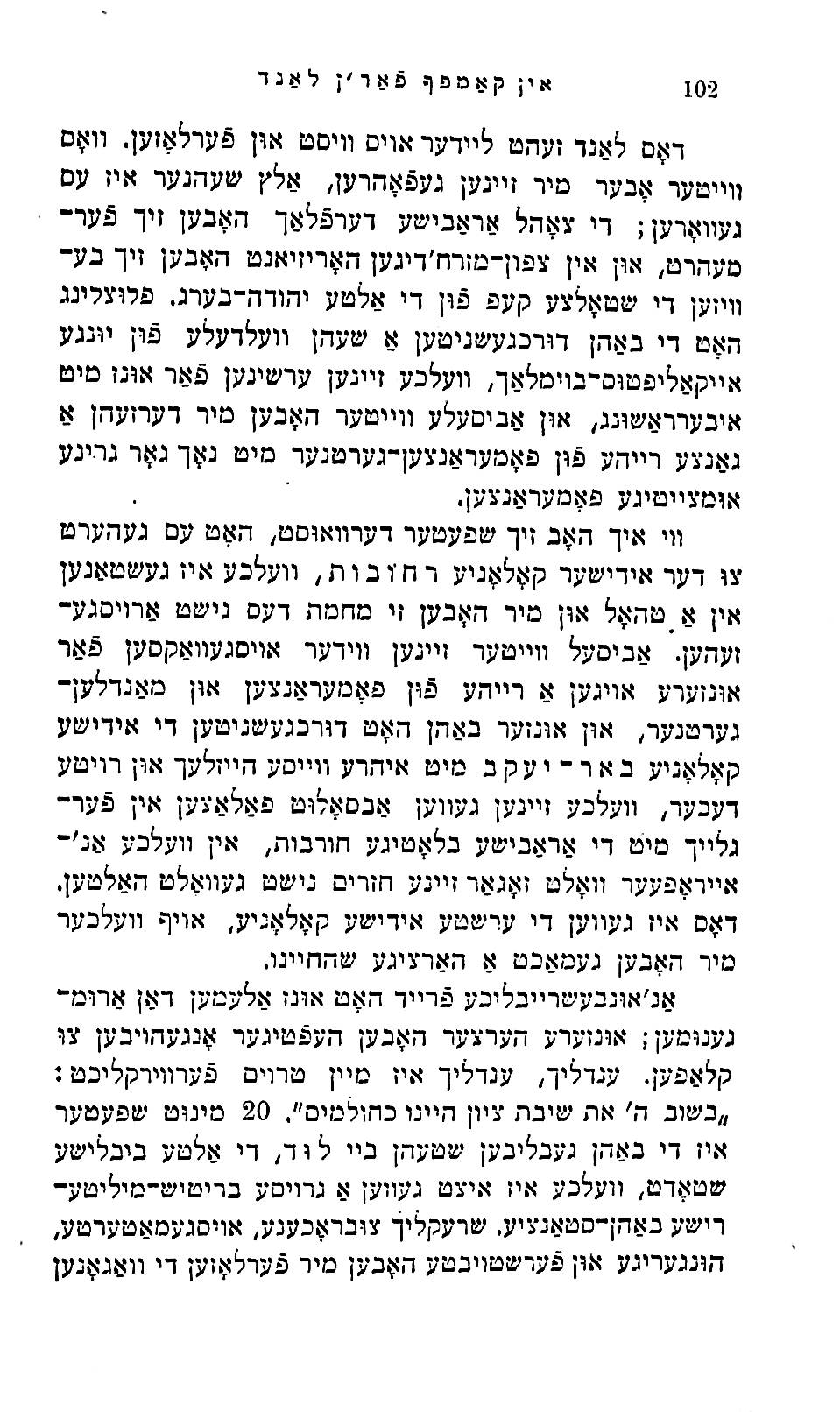 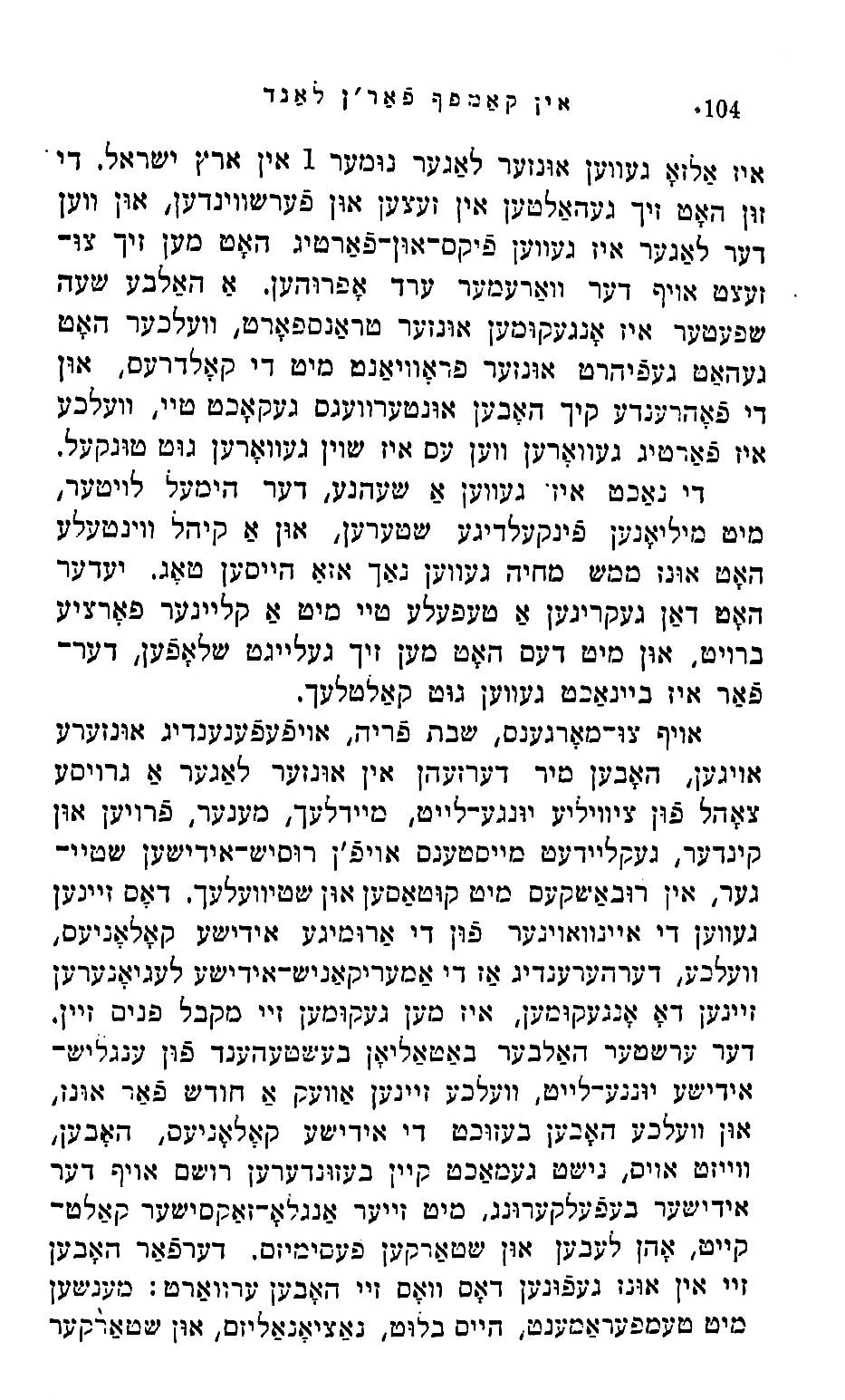 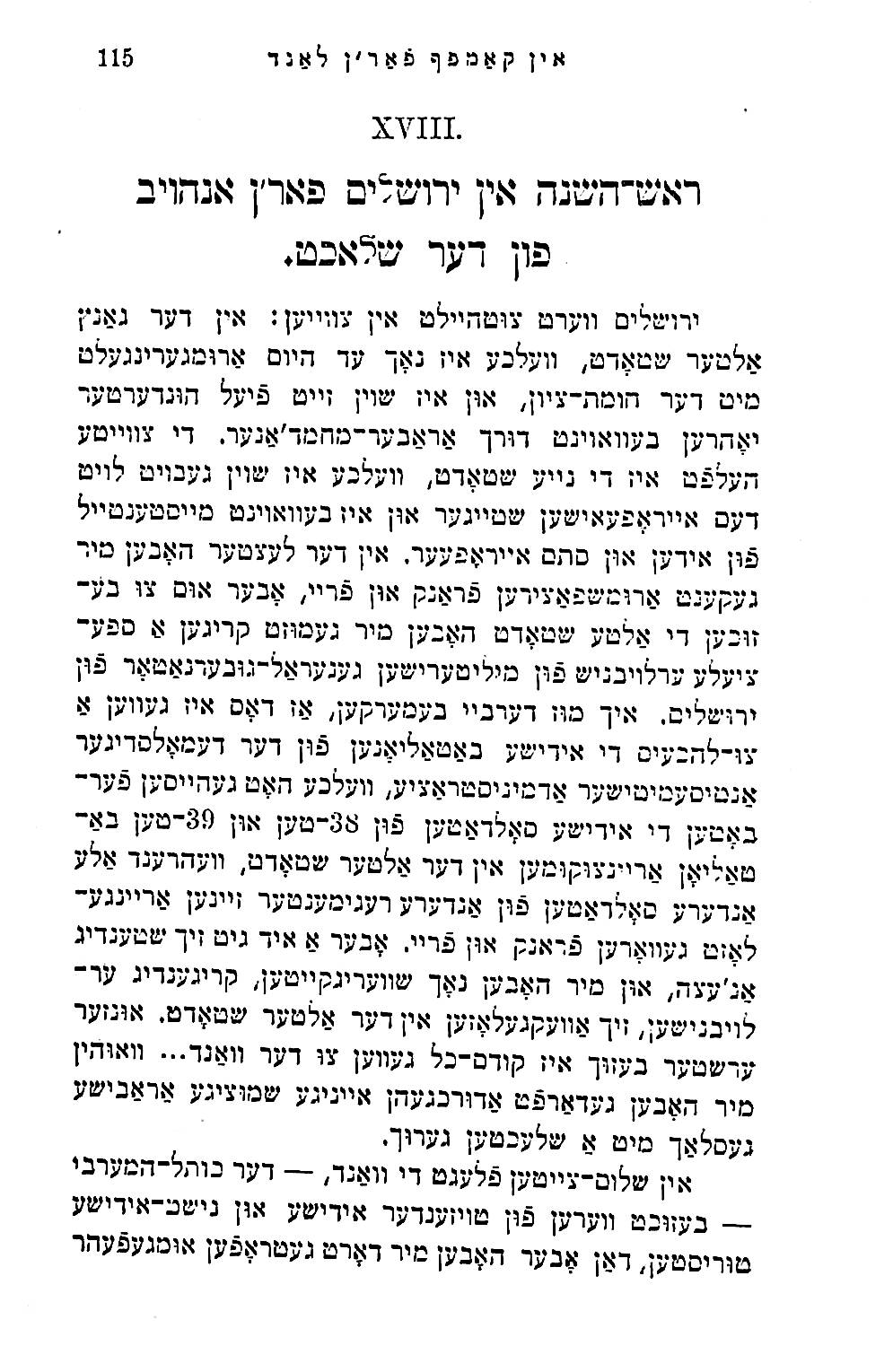 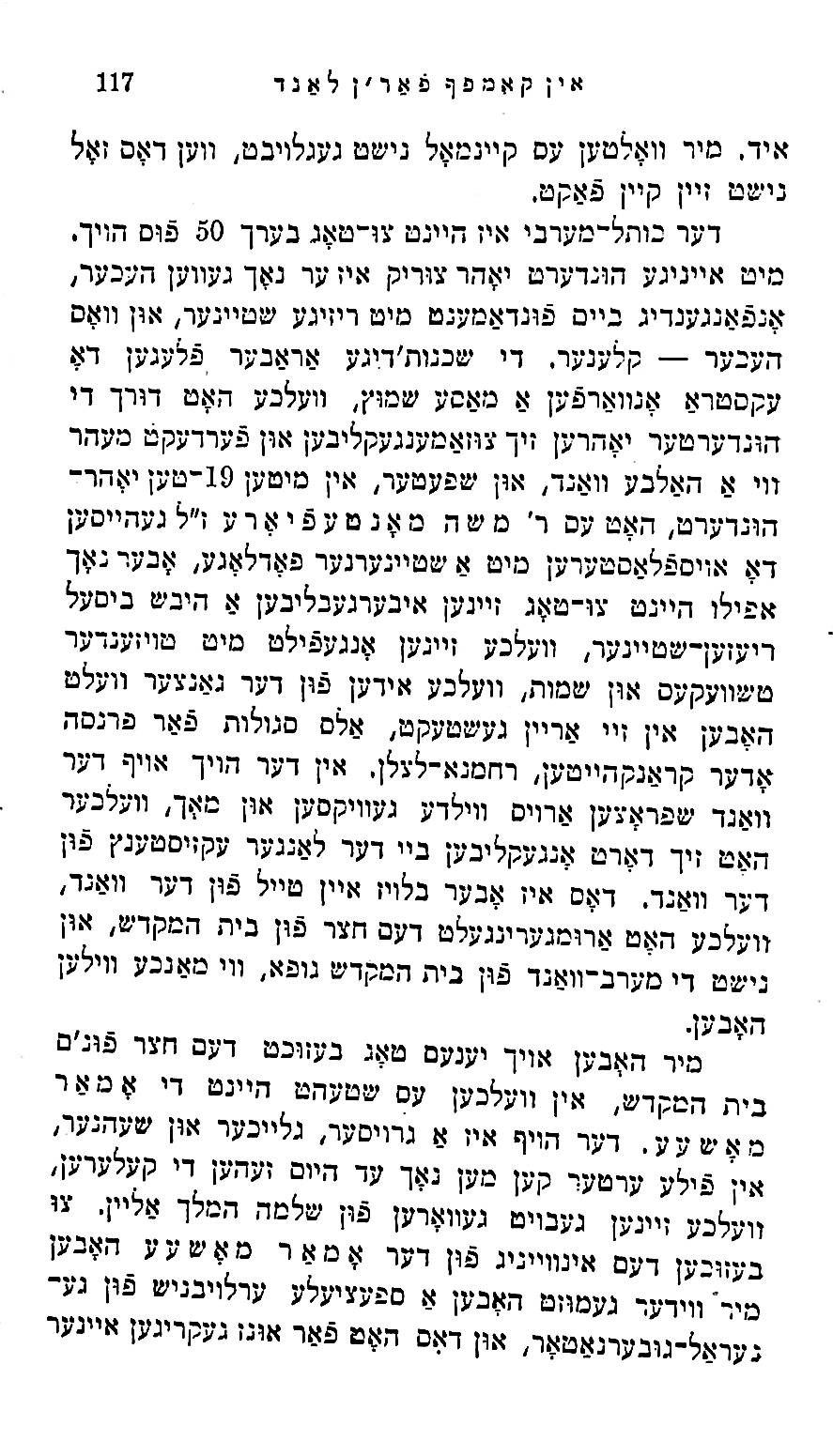 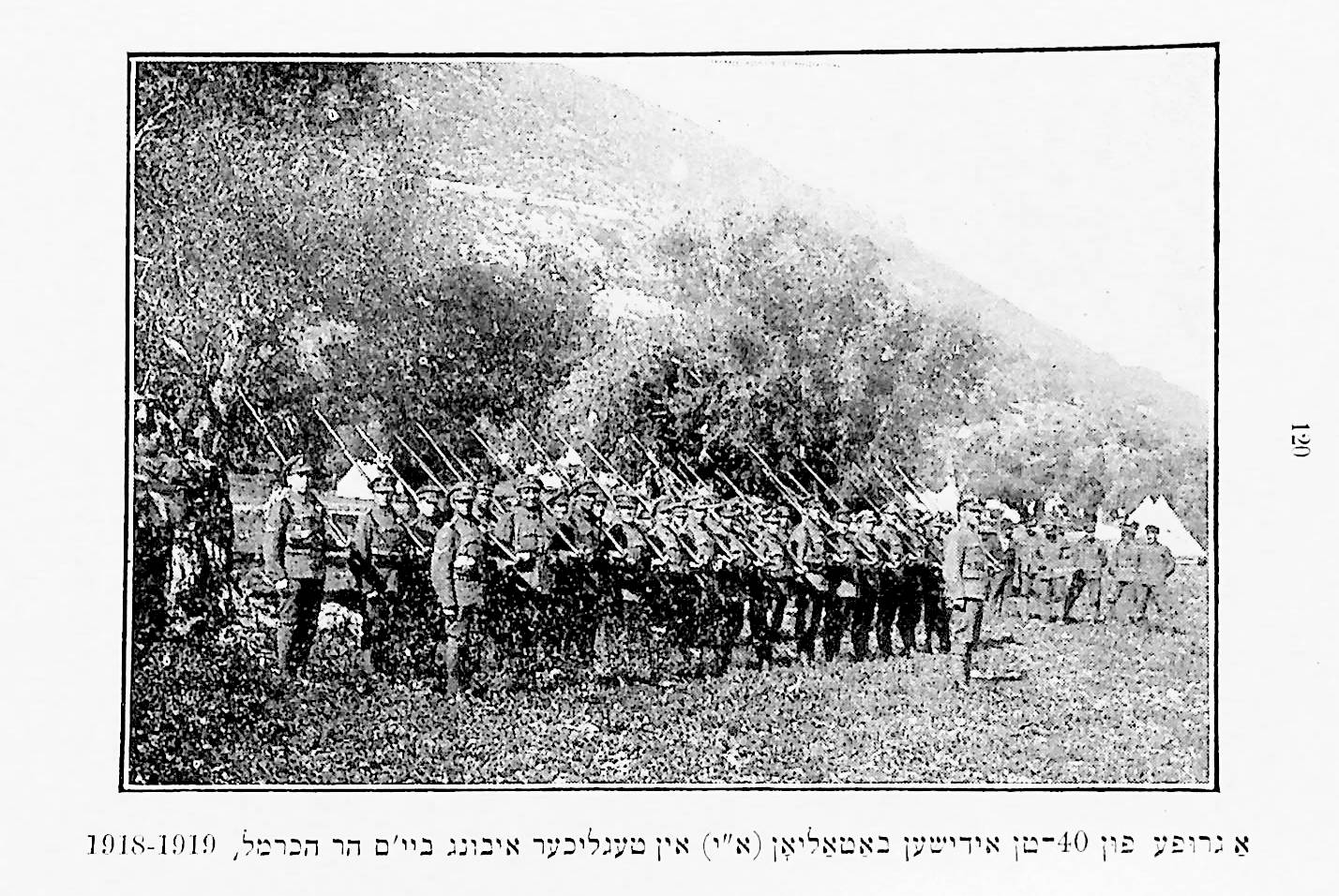 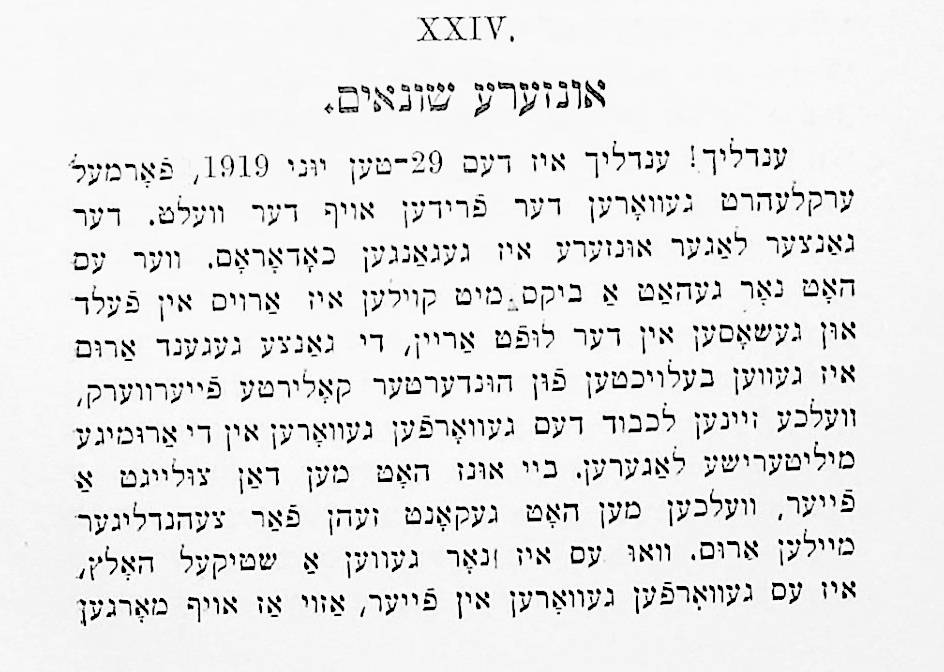 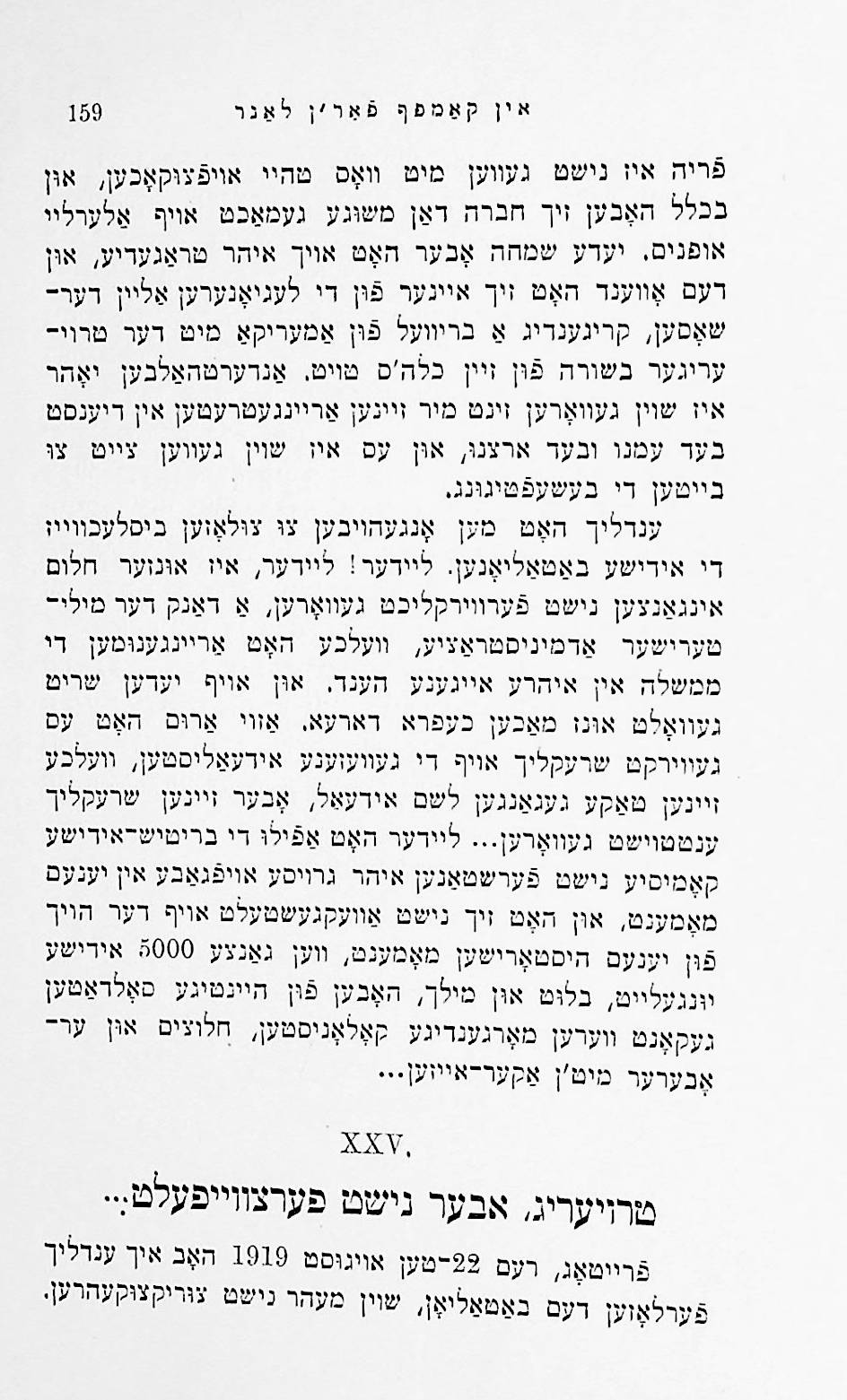 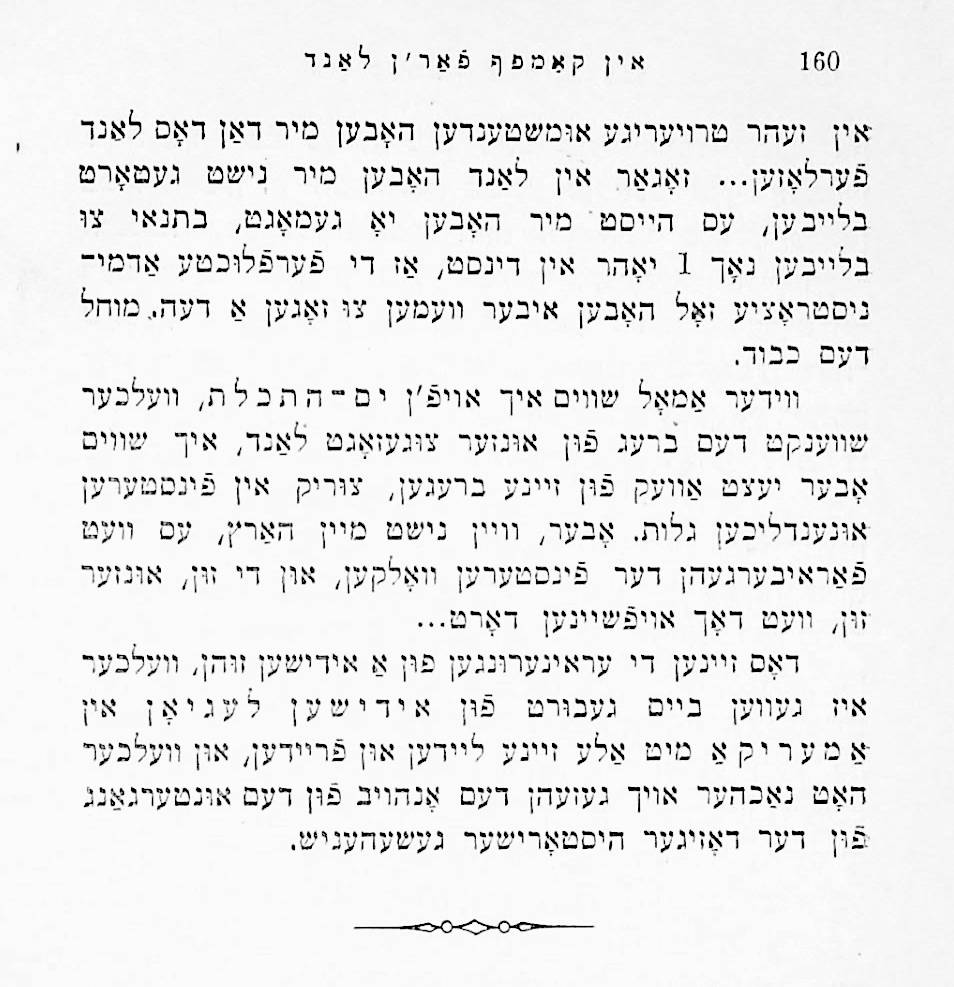 2 thoughts on “In Kampf Farn Land (In the fight for a country, diary of a Jewish Legionnaire), Louis Nirenstein, London 1928.”