This report, covering the year ended 30th September 1939, provides a picture of the JNF at the beginning of the Second World War.  There is great concern over the Jews of Poland, a community of three and a half million Jews.  Where can they go? Only in Palestine can they find a home.

The Jewish National Fund itself is a major national institution in the United Kingdom and Ireland, and the pages below describe its many branches. Some are large active branches in London, in Brondesbury, Cricklewood, Golders Green and Hendon. Others are in towns and cities with smaller communities, such as Belfast, Blackpool, Cork, Edinburgh, Leicester, Limerick, Middlesbrough, Swansea and Wallasey. 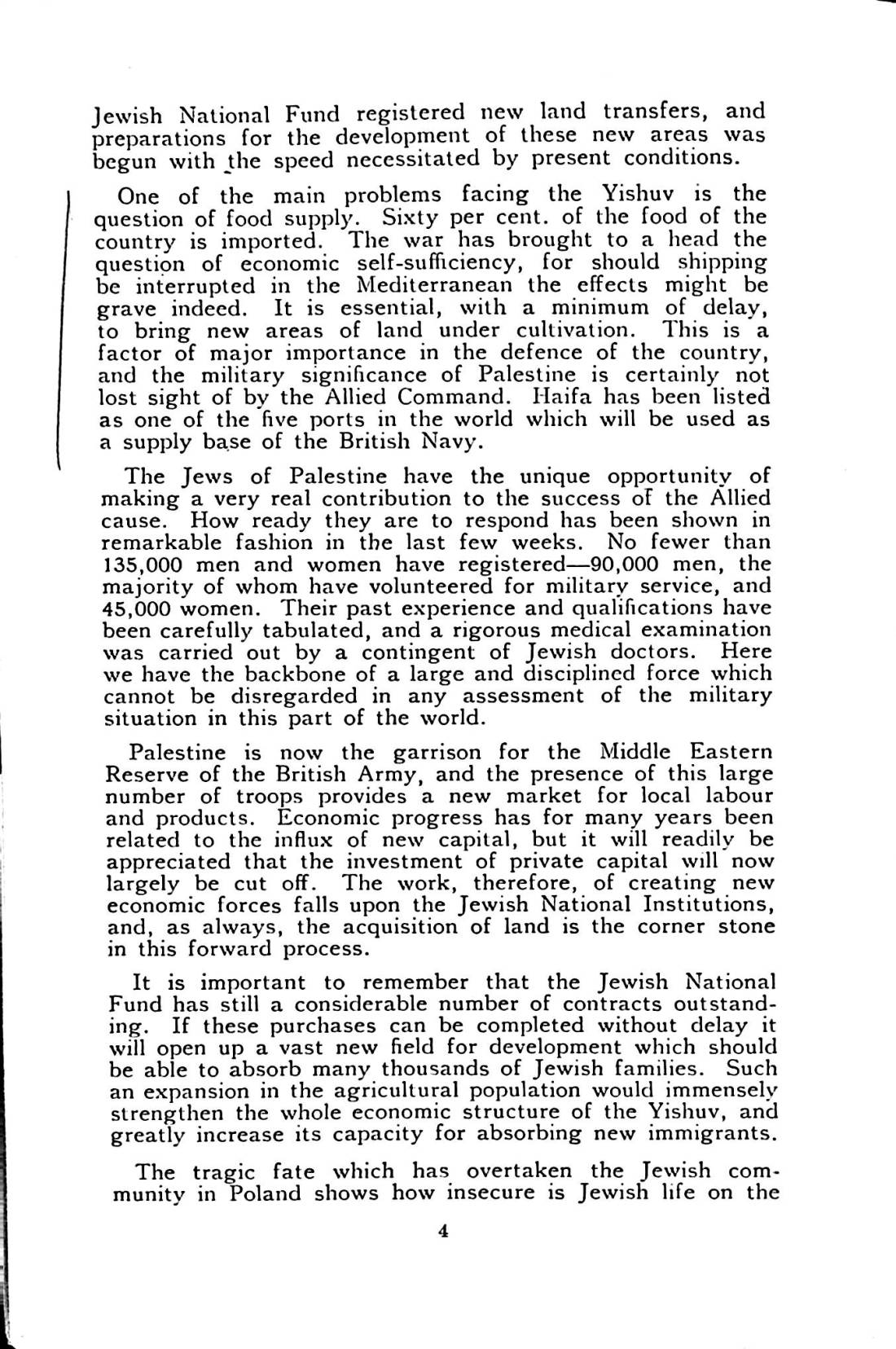 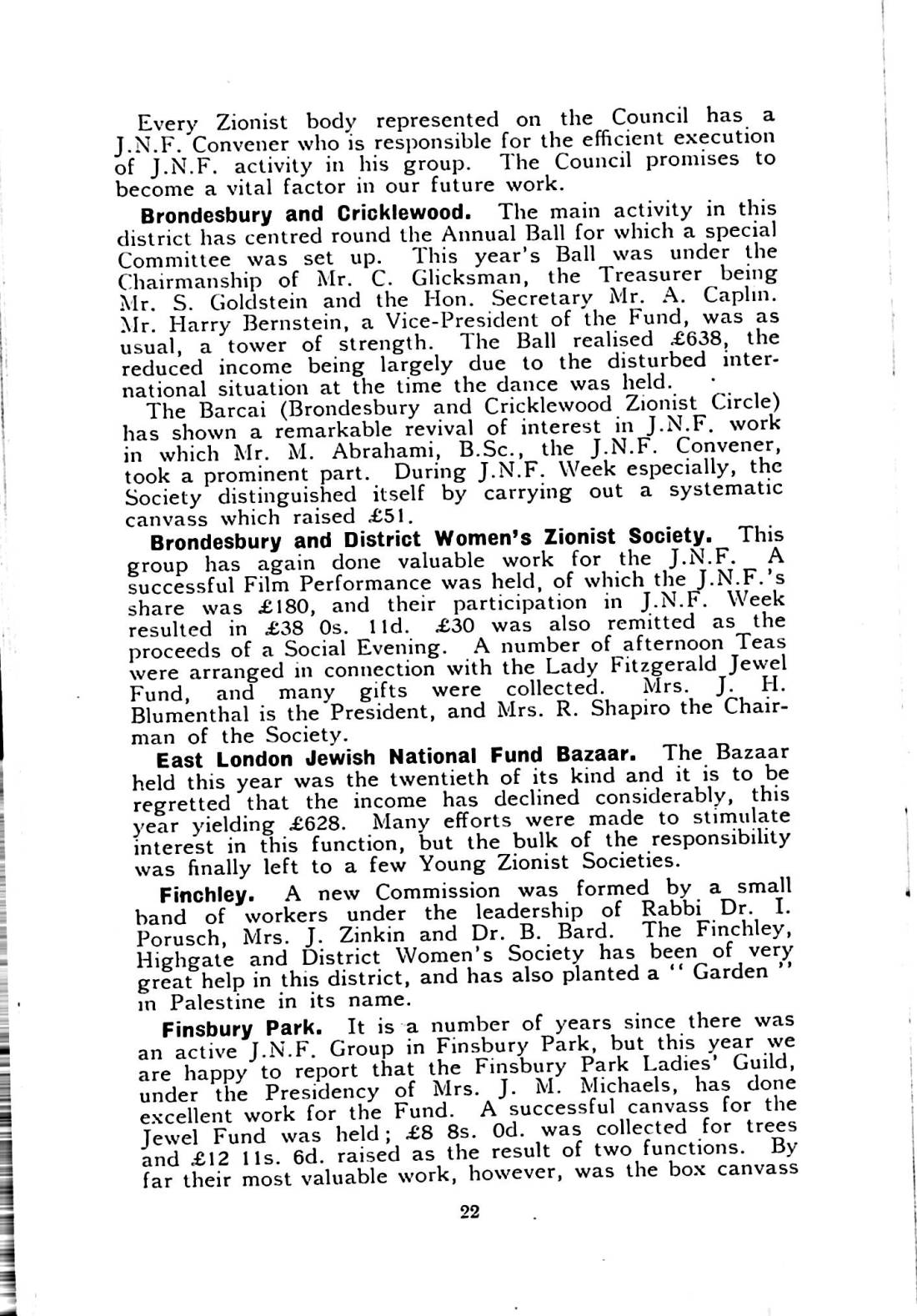 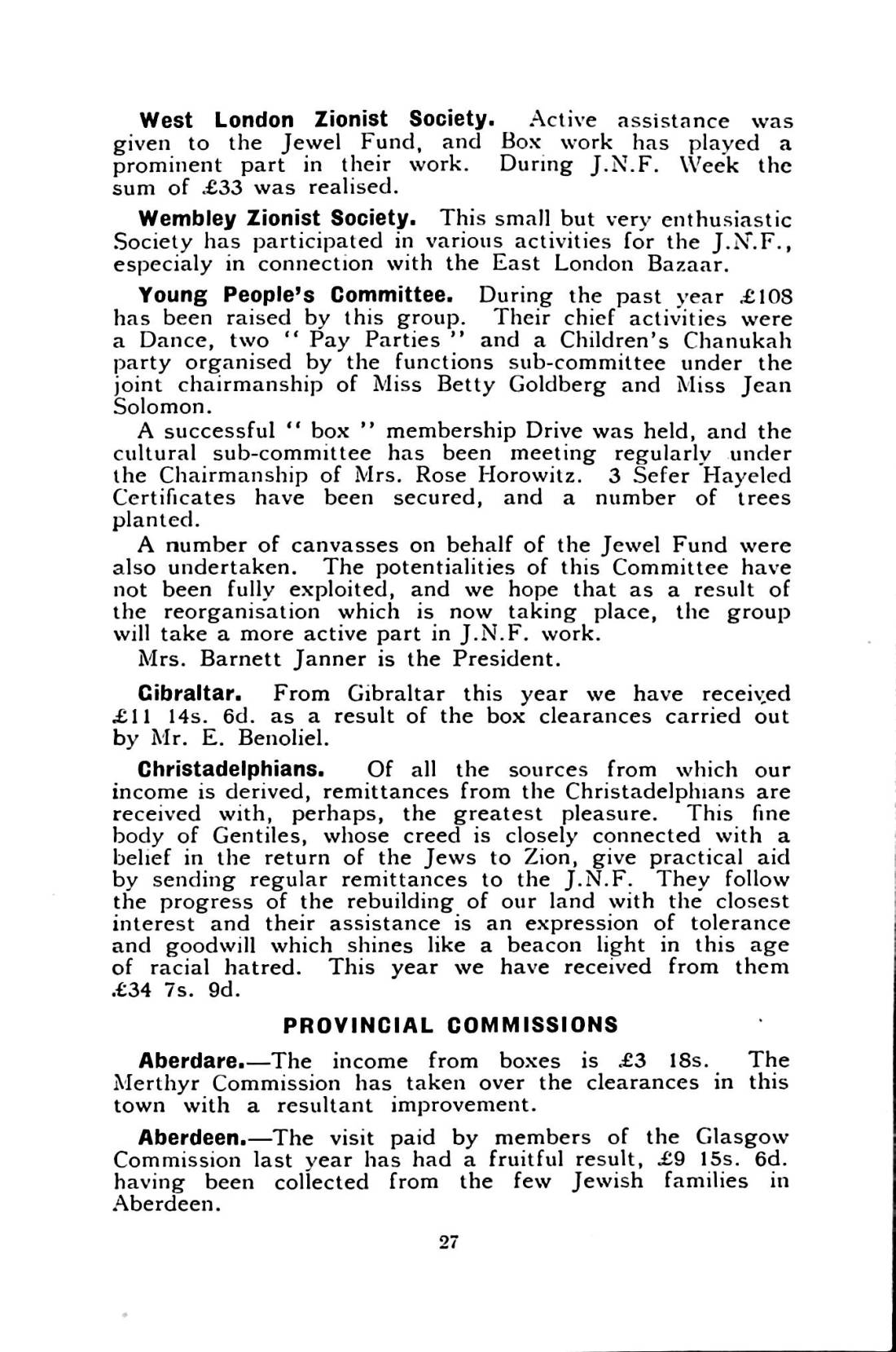 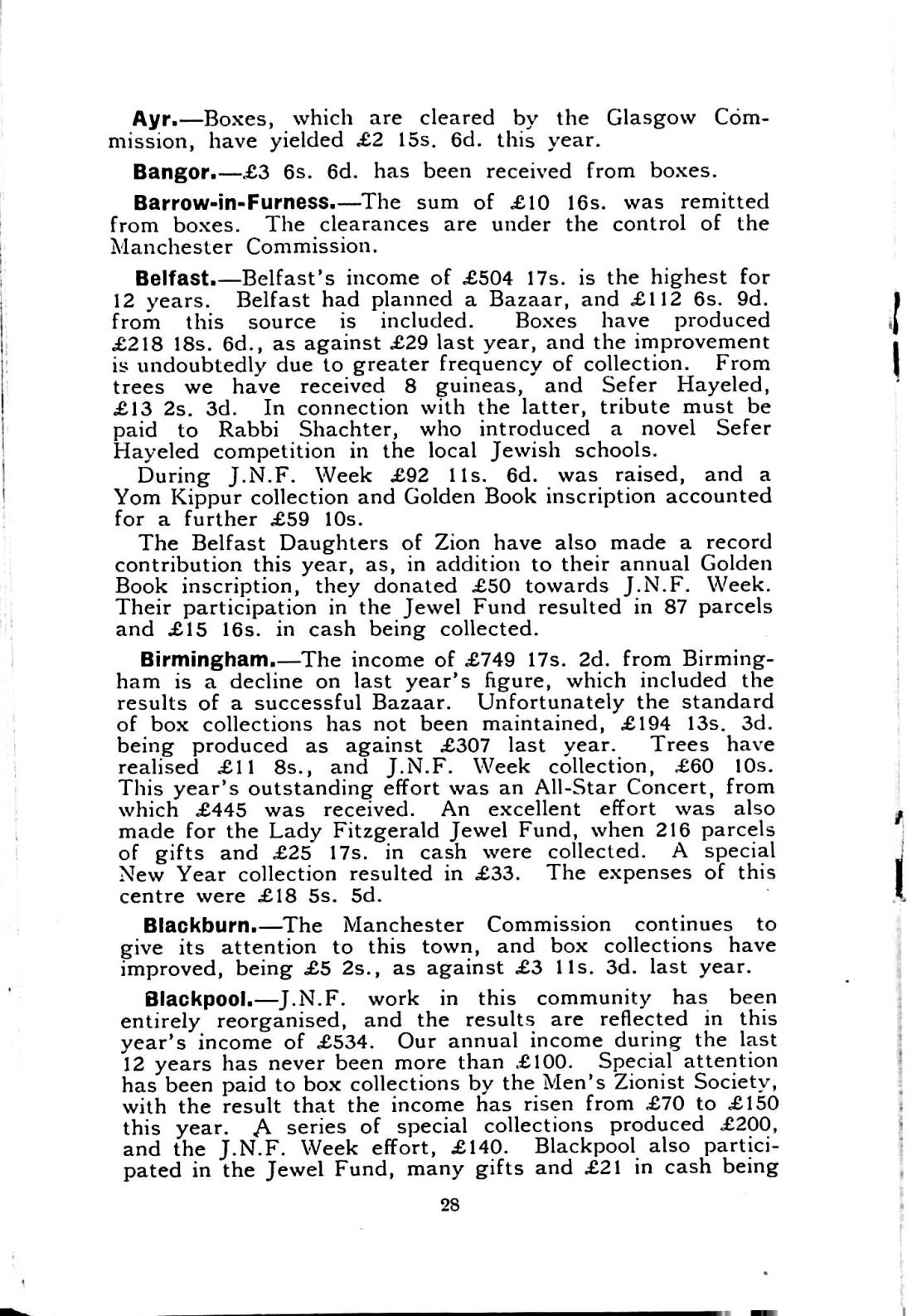 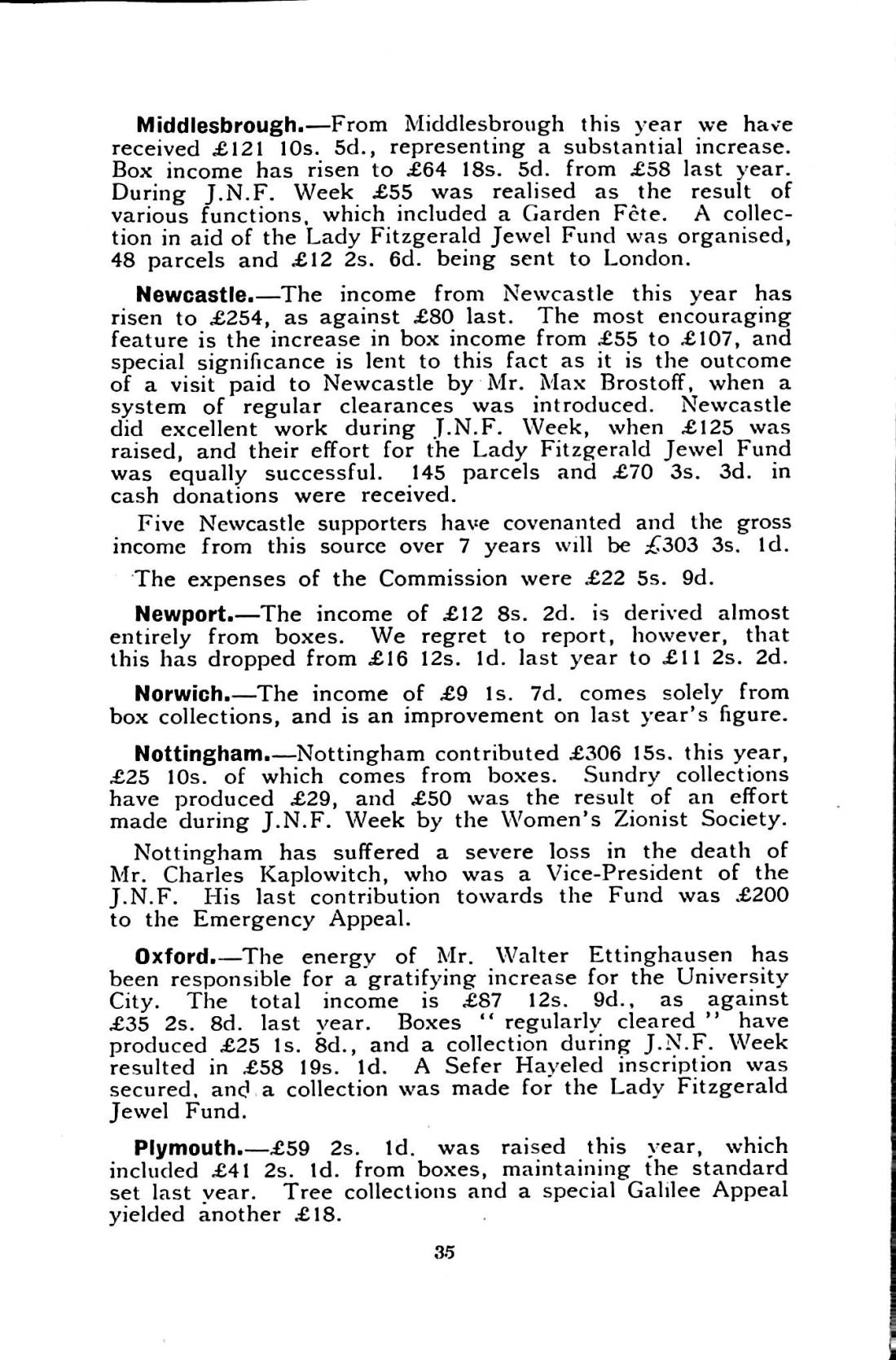 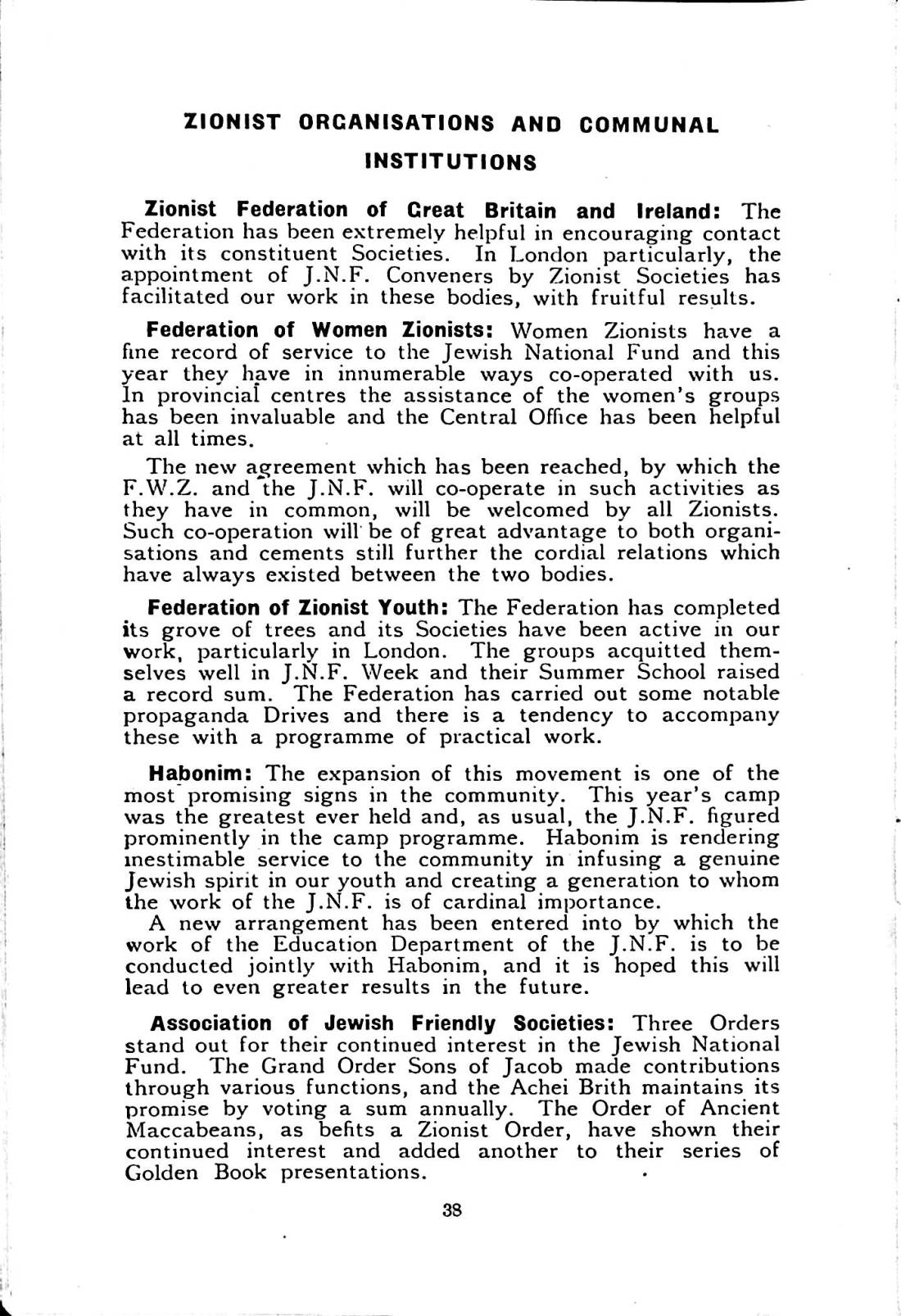 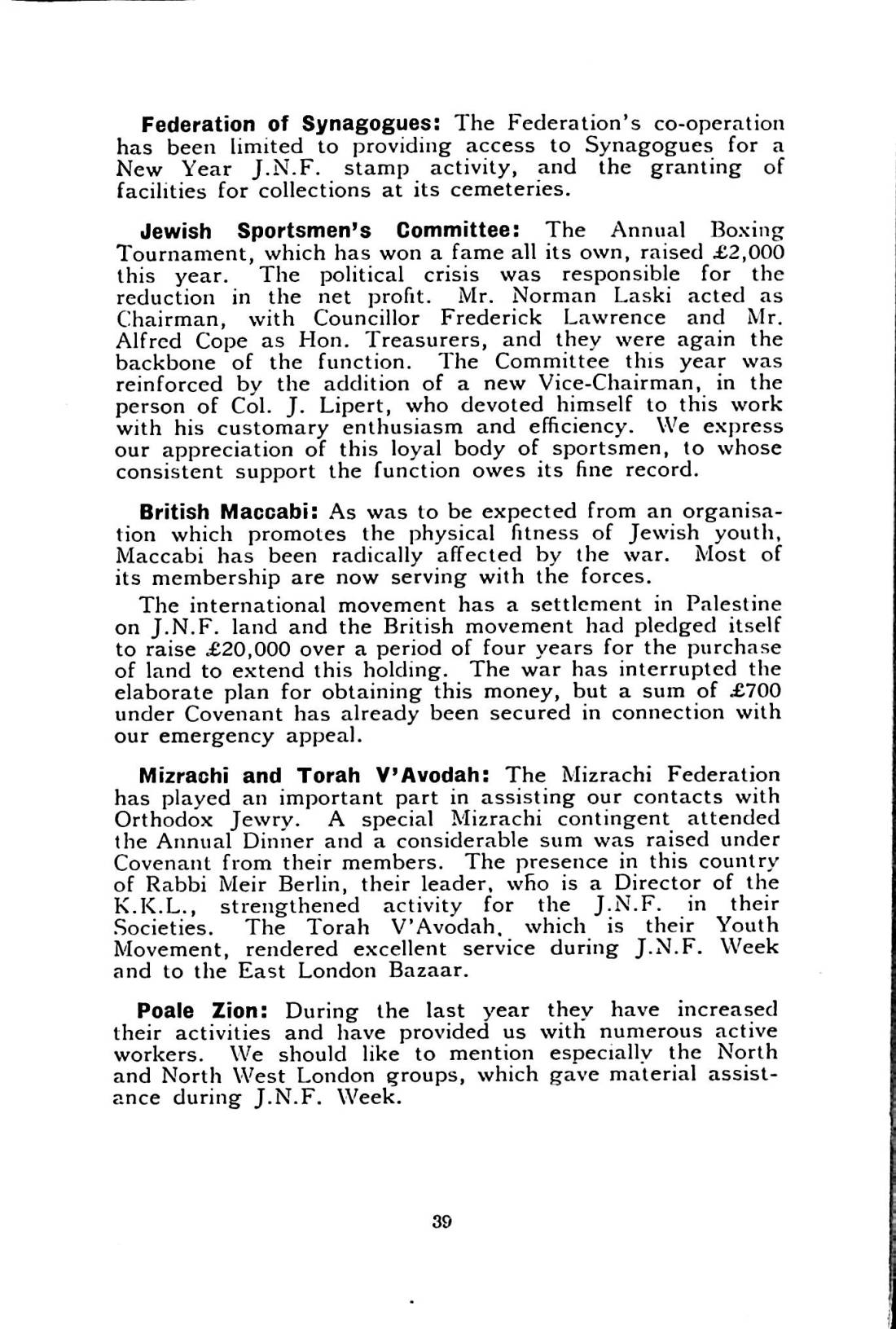