This was an educational handbook which aimed at protecting Jewish children from the inroads of Christian missionaries.

My copy is the first edition, which was printed for the author by E. Justins, 34 Brick Lane, Spitalfields, in London in 1815.  The introduction states that the book was undertaken at the behest of the Chief Rabbi of the Ashkenazim, Rabbi Solomon Hirschell, together with Rabbi Raphael di Meldola, Rabbi of the Sephardim.

Shalom ben Jacob Cohen (1772–1845) was a Hebrew writer, poet and scholar. He was born in Mezirich in Poland.  Cohen went to Berlin in 1789 and served as a teacher as well as the editor of Ha-Me’assef (in the years 1809–11), a periodical which aimed to spread the use of the Hebrew language among educated Jewish youth. In 1813 Cohen left Germany, spent a short period in Amsterdam, and moved to London where he tried unsuccessfully to establish a Jewish school and published Shorshei Emunah. He  moved to Hamburg circa 1816-1817. In 1820 he was invited by Anton Schmid to serve as head proofreader in the Hebrew section of his printing press in Vienna, where he remained for 16 years. In 1821 Cohen established the annual Bikkurei ha-Ittim, three issues of which appeared under his editorship. In 1836 Cohen returned to Hamburg, where he remained until his death.

The book includes a significant and interesting subscription list, consisting of the leaders of the Anglo-Jewish community of 1815 as well as others.  the list is reproduced below. 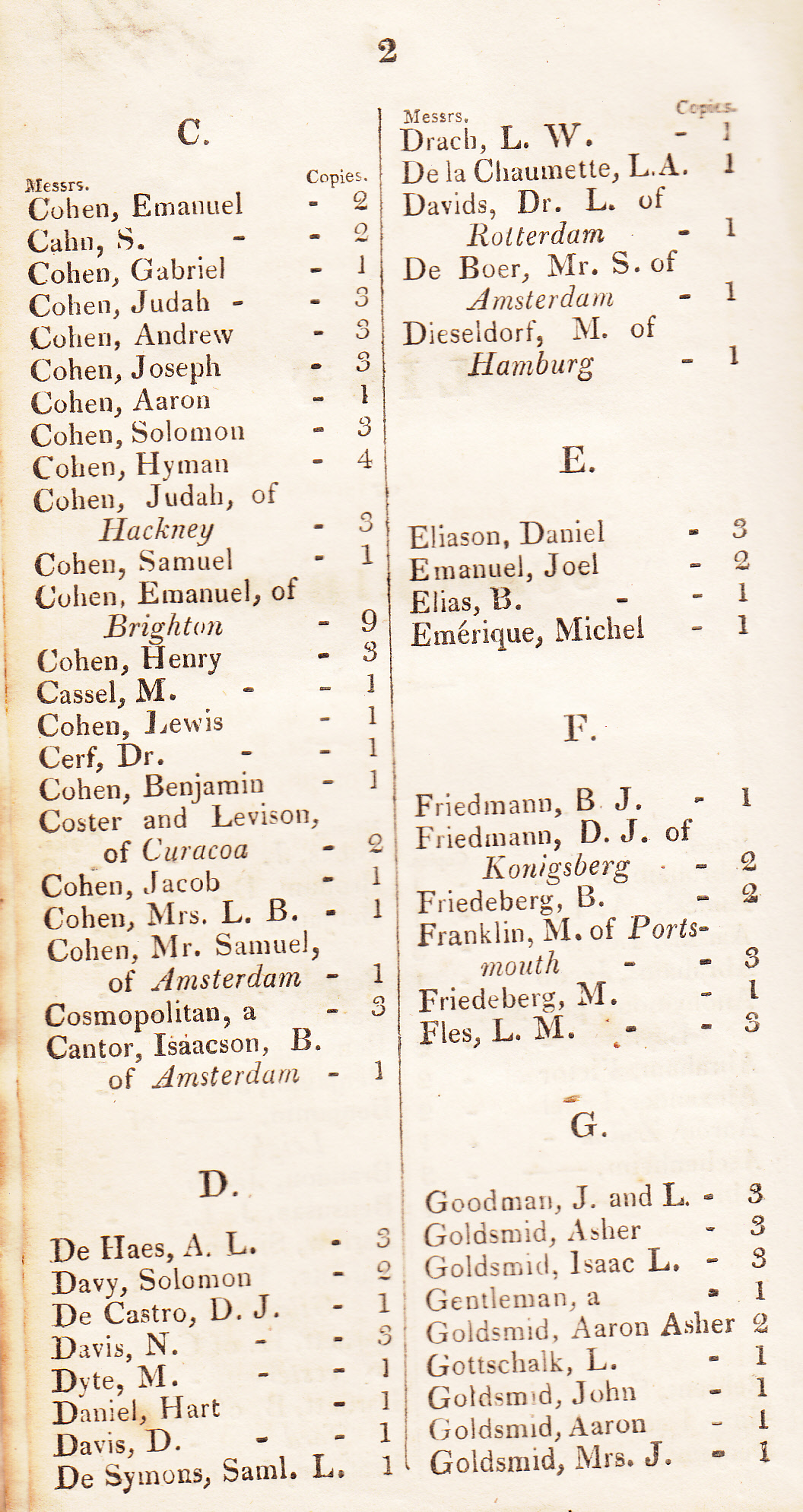 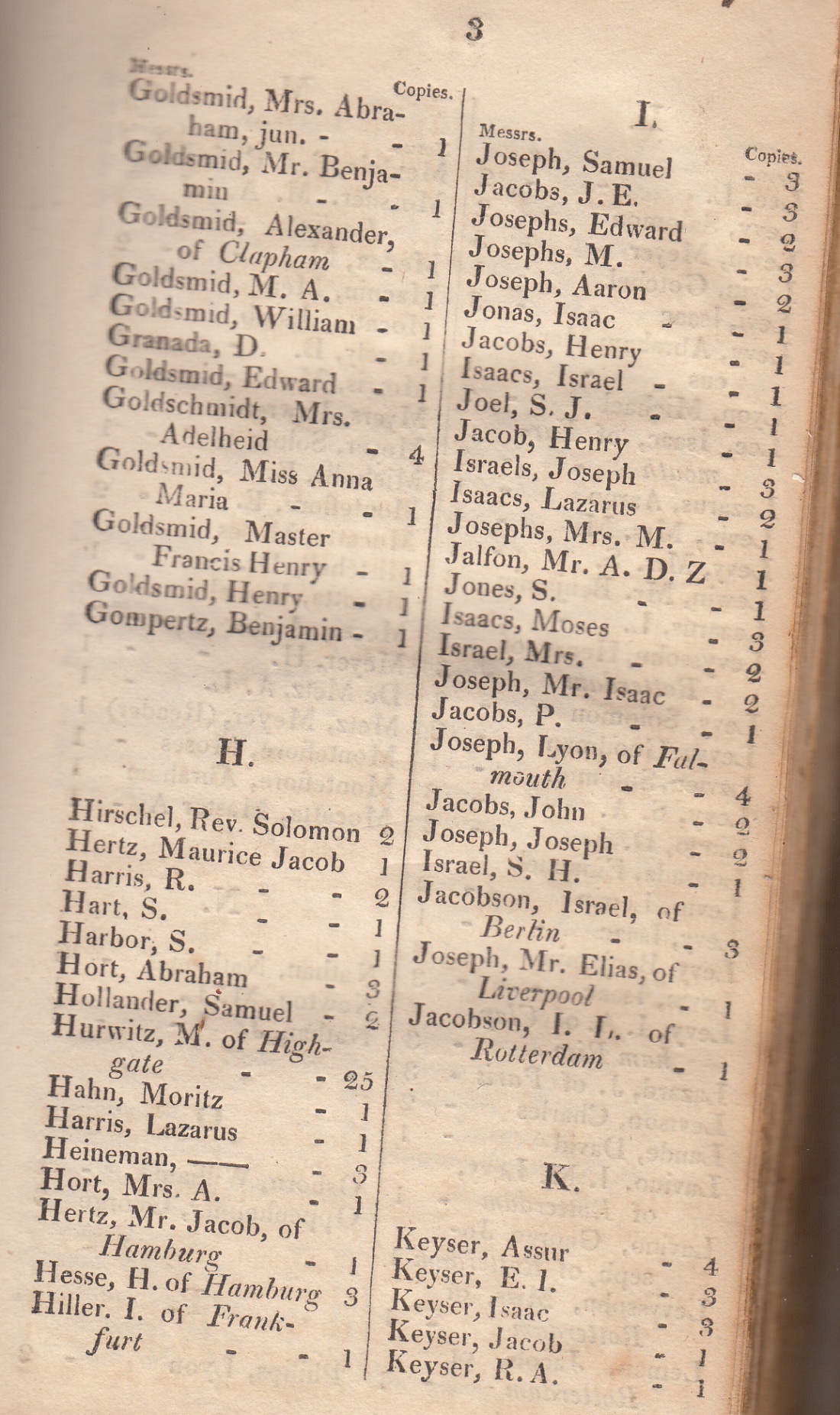 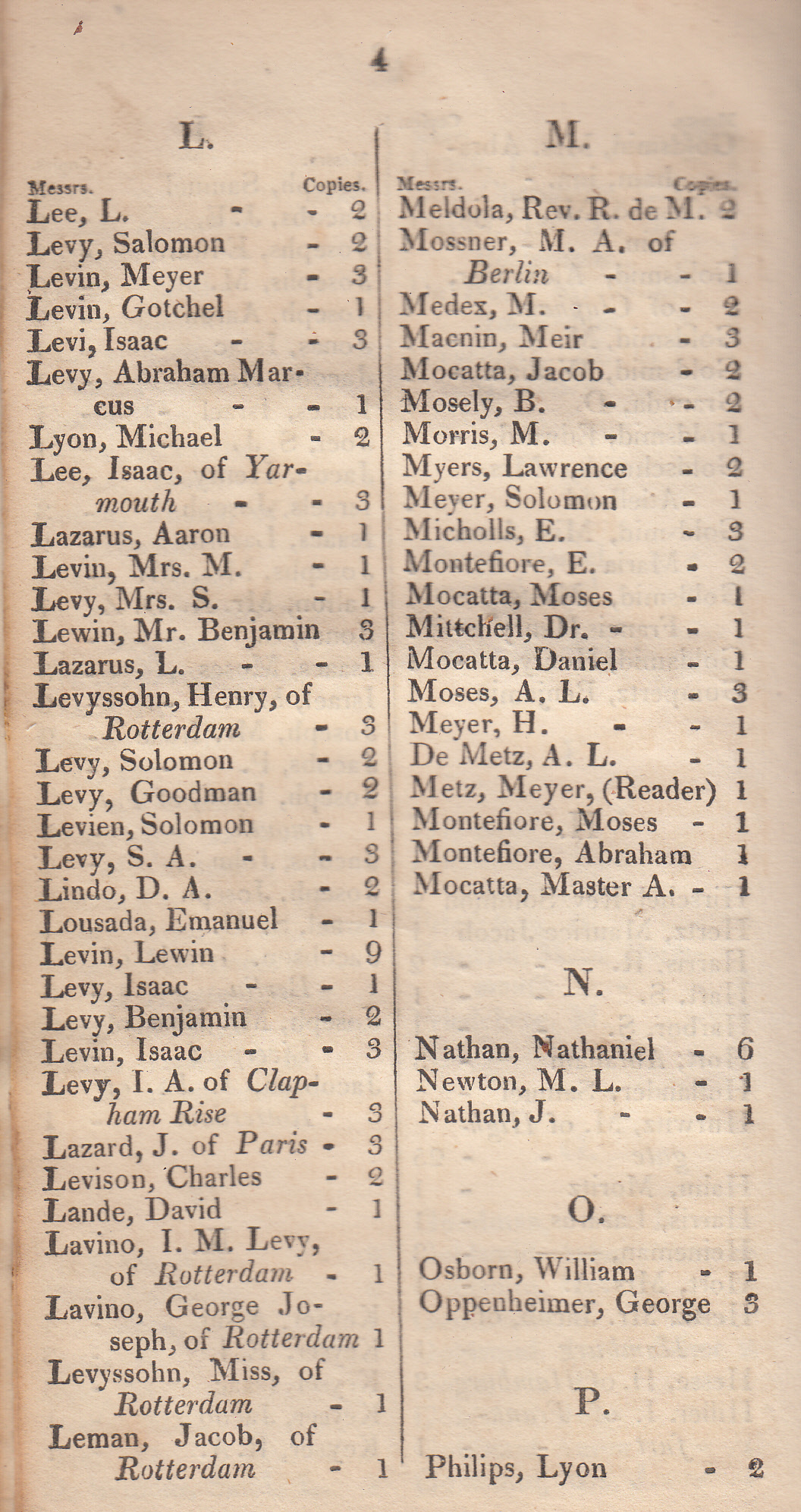 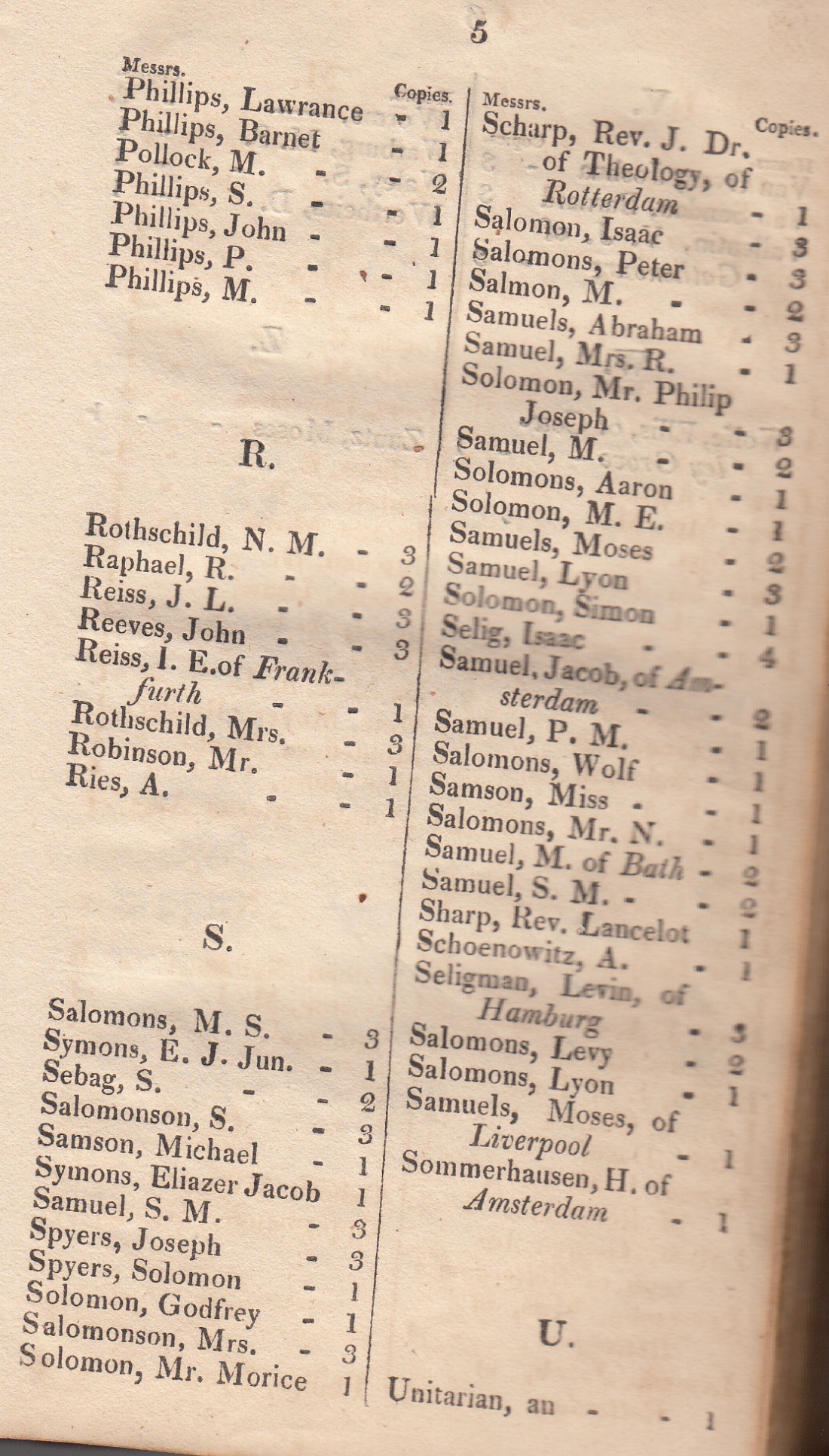