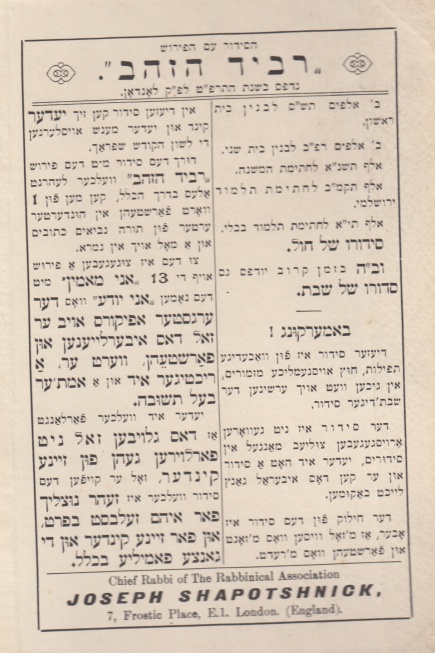 Rabbi Joseph Shapotshnick was a controversial Rabbi, a Talmudic scholar, who emigrated from Russia to England, where he settled in the East End of London in 1913.  If you want to learn more about this colourful, controversial and enigmatic, but brilliant Rabbi, you can read about him in Rabbi Harry Rabinowitz’s book, “A World Apart”.  Rabbi Shapotshnick gave himself the title of Chief Rabbi, and came into conflict with the real Chief Rabbi. His support of hopeless causes brought him into conflict with established authority. Among his opponents was Rabbi Samuel Hillman, Dayan of the United Synagogue, who referred to Shapotshnick as a madman in

correspondence with such prominent Eastern European rabbis as Rabbi Hayyim Ozer Grodzinski of Vilna. The latter responded with a proclamation, signed by hundreds of rabbis, opposing Shapotshnick. In response, Shapotshnick published “Original Letters Received from World Famous Rabbinical Authorities Recognizing Chief Rabbi . . . Shapotshnick as one of the Greatest Talmudical Scholars. . .” In particular, he was concerned with solving the problem of the Agunah, the deserted wife who cannot remarry.  He was a prolific writer, his works encompassing a wide variety of subjects, from Kabbalah and responsa to science and psychology.

His Siddur, comes with his own commentary, Revid Hazahav: 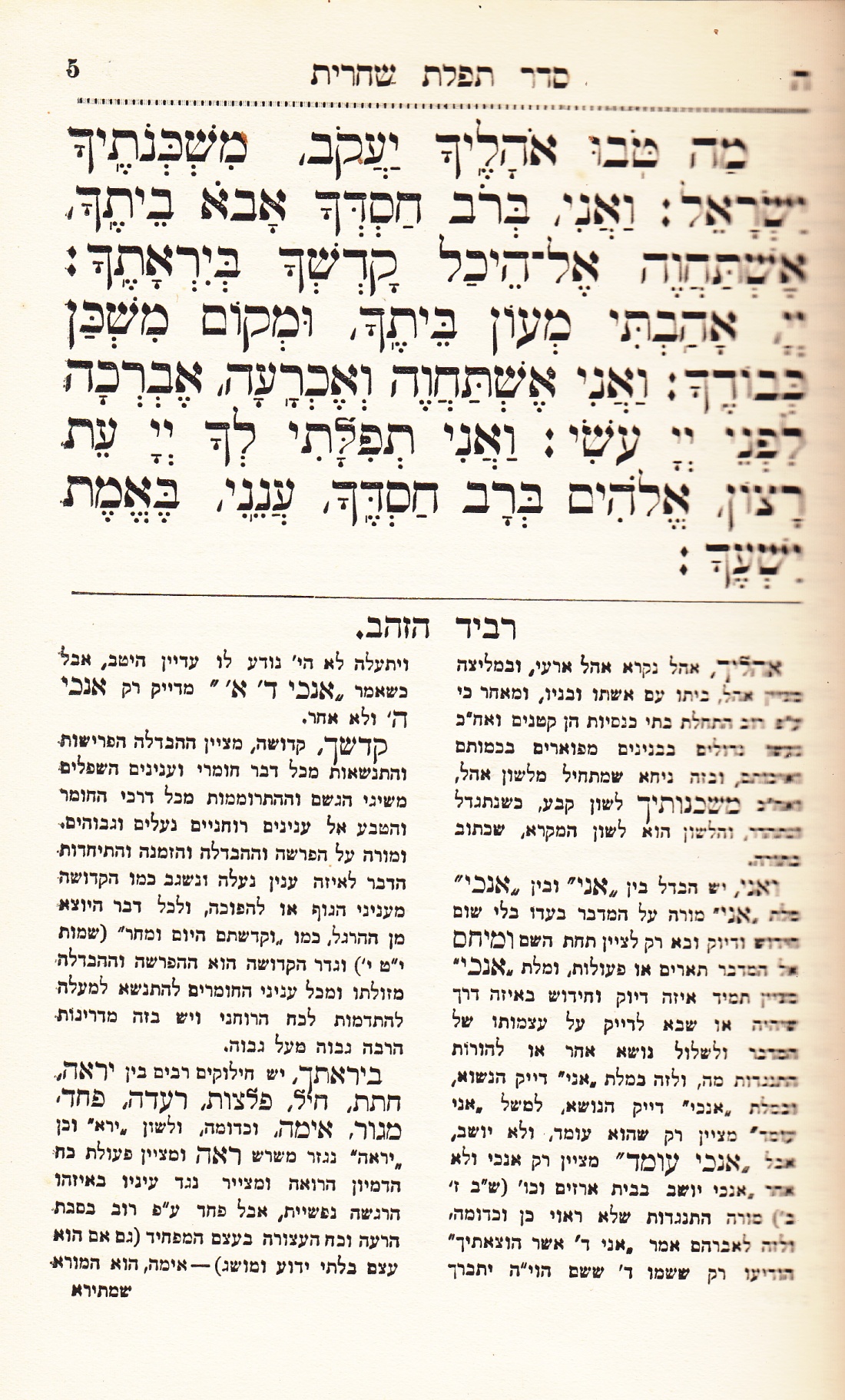 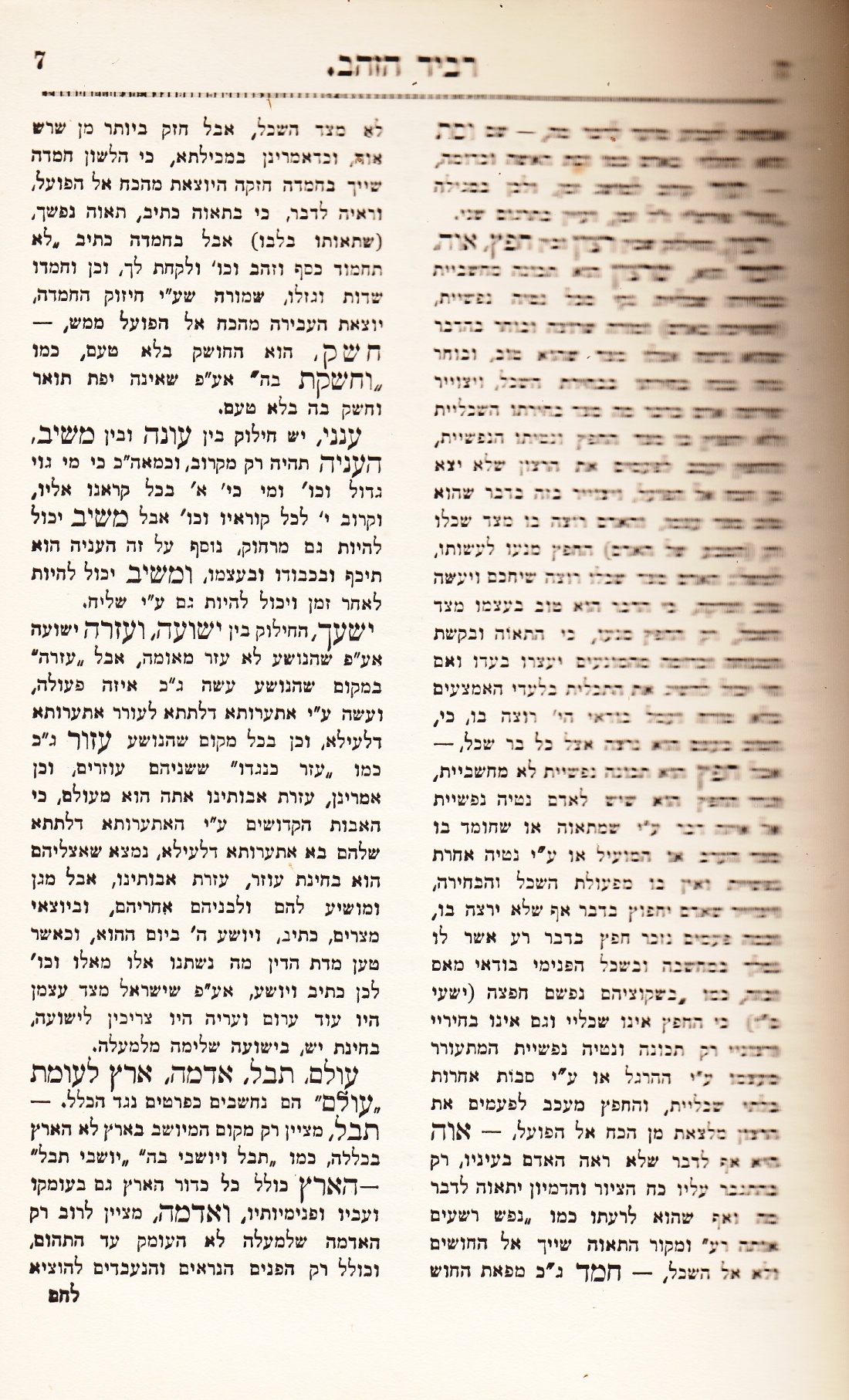