I bought this book from one of my favourite London book dealers who told me “don’t buy this – he is very controversial”. Of course, I could not resist.  Rabbi Menasheh Adler was born in Warsaw in 1872 and died in Brighton, England on May 24th, 1959.  He was known as an outstanding Talmudic Scholar and published fifteen books.  He was also a noted critic.

He was a Ger Chasid, and was a member of the Black Lion Yard Shtiebel in the East End of London.  In 1920 the Kli Chemda, Rabbi Meir Dan Plotzki visited the Black Lion Yard Shtiebel, and Shemariya Menasheh Adler donated as a presubscriber to his book Chemdas Yisroel, which was printed in 1924.  You can see his name, the last in the London list, in the prenumeranten reproduced here.

Menasheh Adler is known for his series of books entitled Mare Cohen, which were originally printed by Israel Narodiczky in Whitechapel.  The first edition, in 1919, had the haskama of Rav Kook.  This book, Ohr Torah, was also printed by Narodiczky, but is not included in Moshe Sanders list of Narodiczky publications.

In 1916, during the First World War, there was a controversy when the Chief Rabbi, Dr. J. H. Hertz ruled that Cohanim could serve in the British Army.  He offered halachic reasons why the prohibitions of impurity by a Cohen do not apply in times of war.  This was opposed by various groups including the Leeds Beth Din.  Rabbi Menasheh Adler argued with Rabbi Hertz.  He agreed with his conclusion, but for different reasons.  Menasheh Adler also attacked Rabbi Yitzchok Halevi Herzog, then (from 1916 to 1919) Rabbi of Belfast, and eventually to become Chief Rabbi of Palestine and Israel.  He had argued that Cohanim should not serve.  This controversy was addressed by Menasheh Adler in his book, Mare Cohen.

Also, in the same sefer, Menasheh Adler attacked Rabbi Joseph Shapotshnik for his writings on agunos.  You can read about him here.

Menasheh Adler was a scholar and his book Ohr Torah is not light reading and was printed in small type. I have enlarged the following selection of pages, starting with the dedication to Shalom Weisberg: 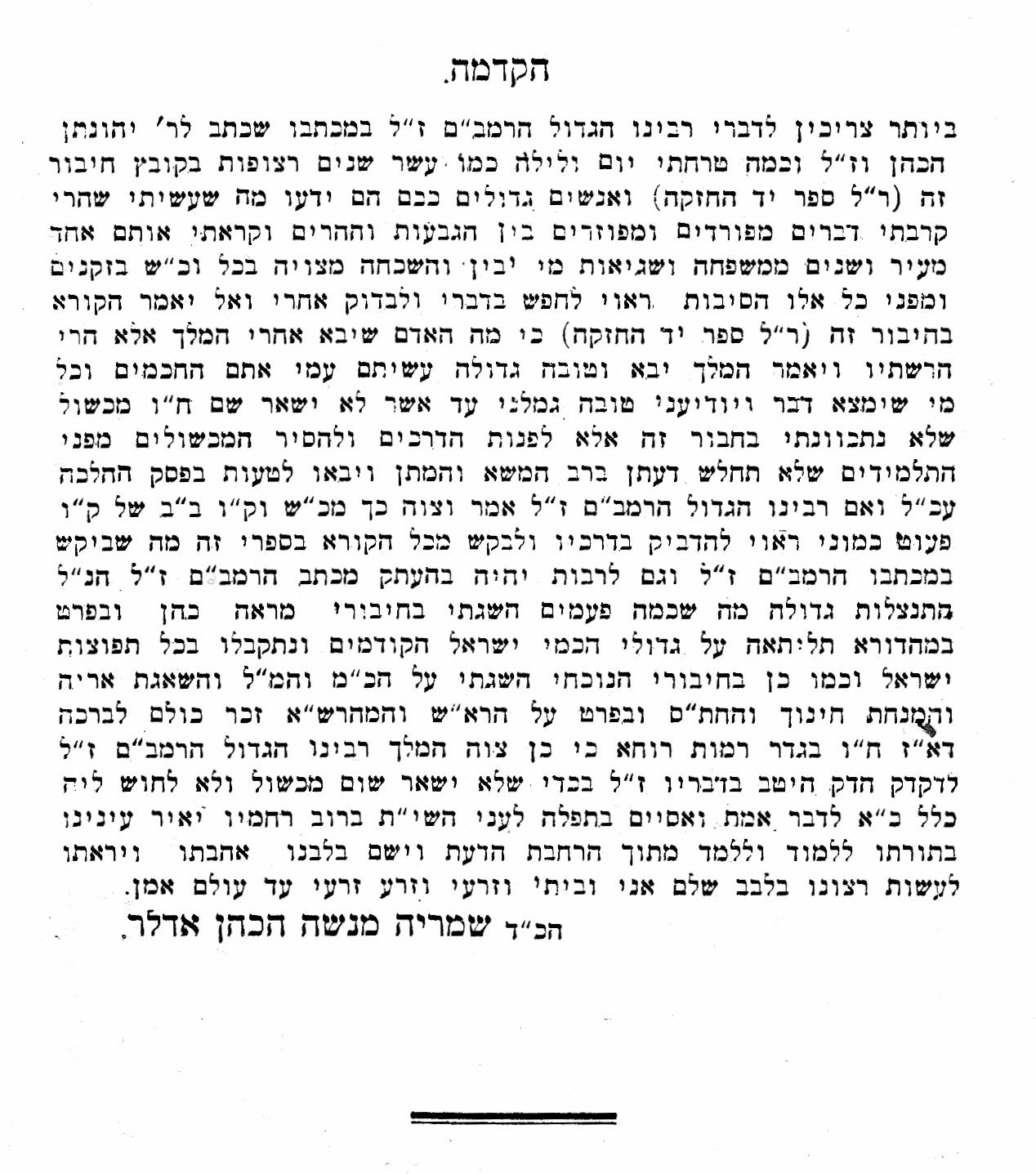 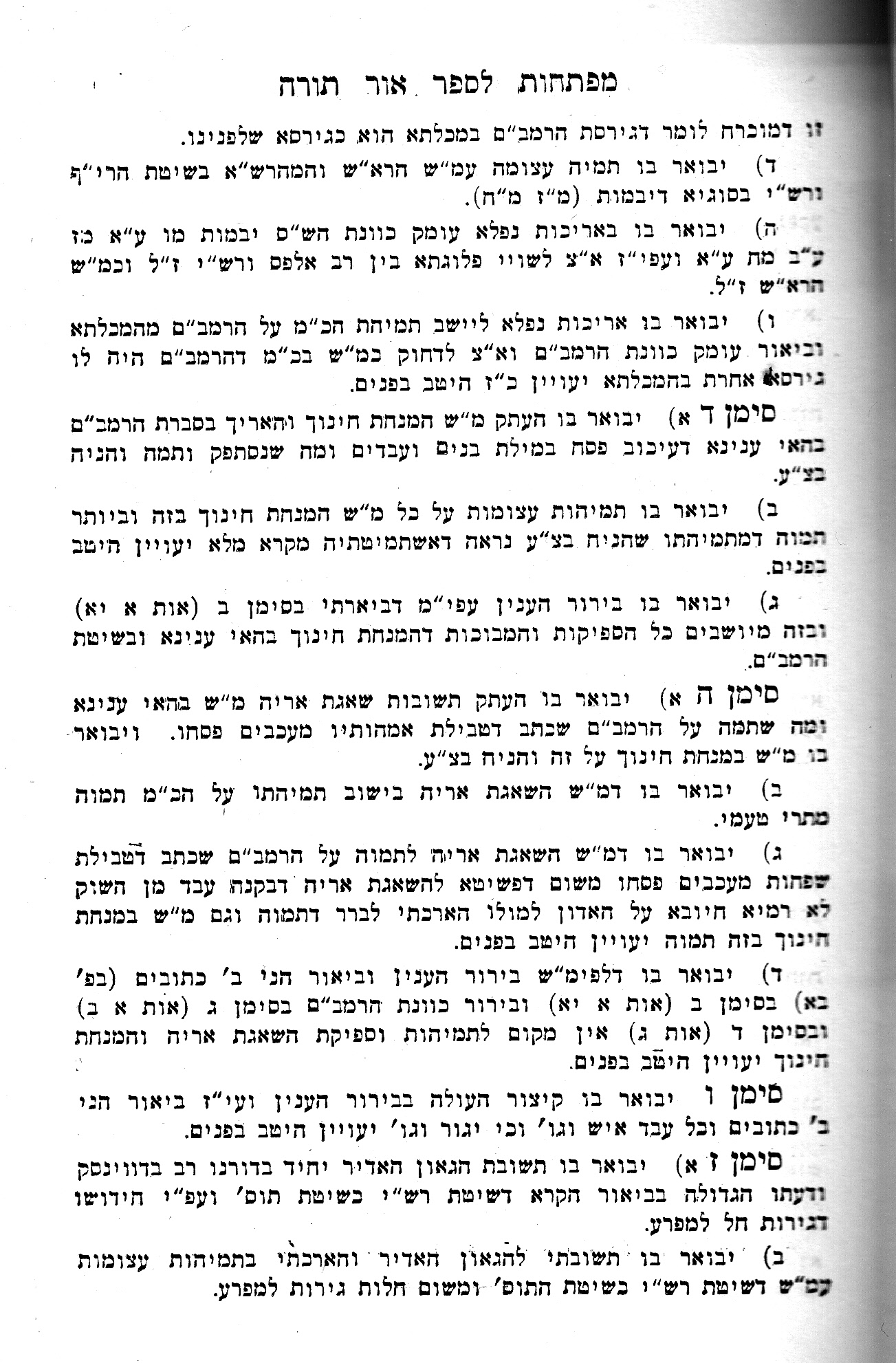 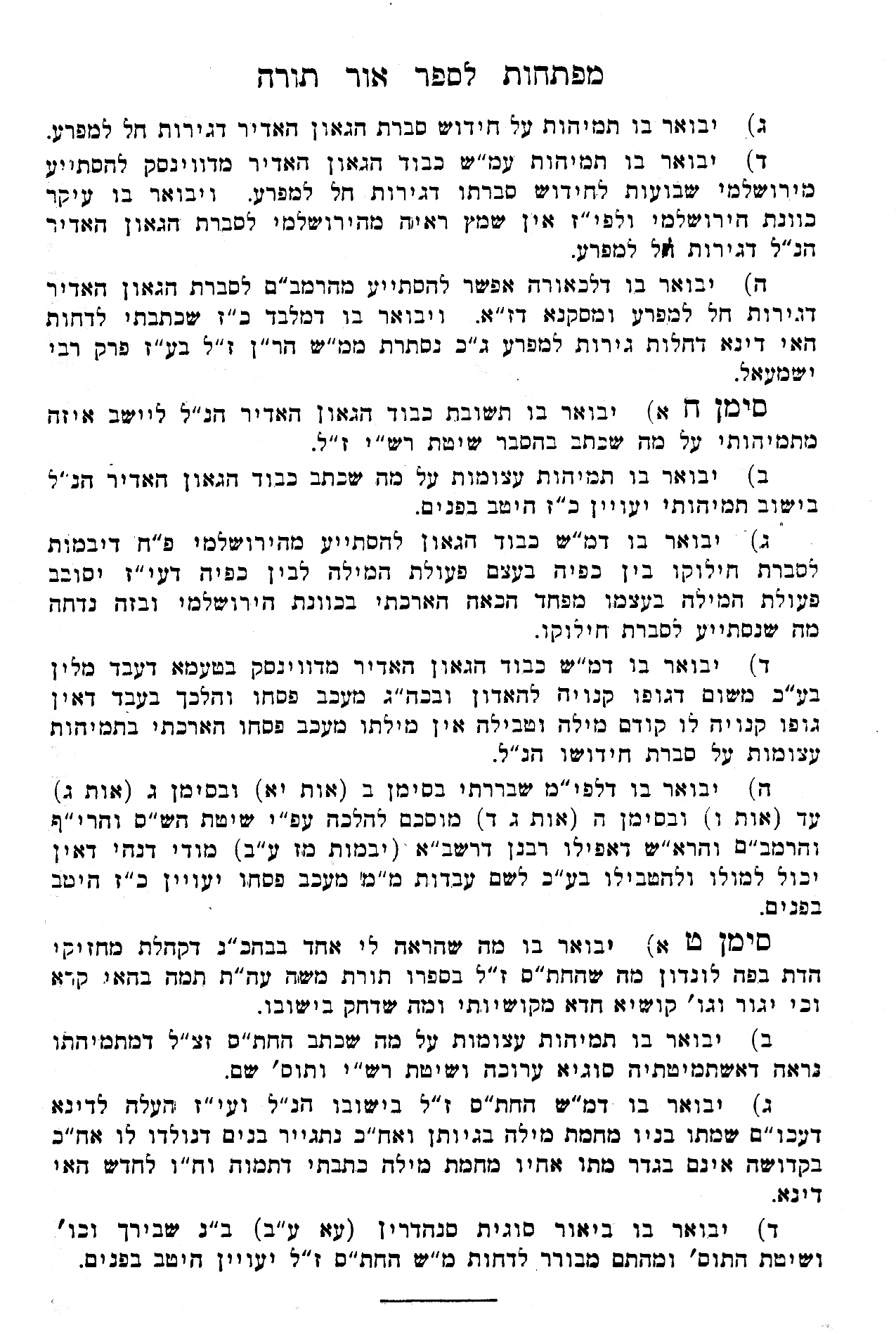 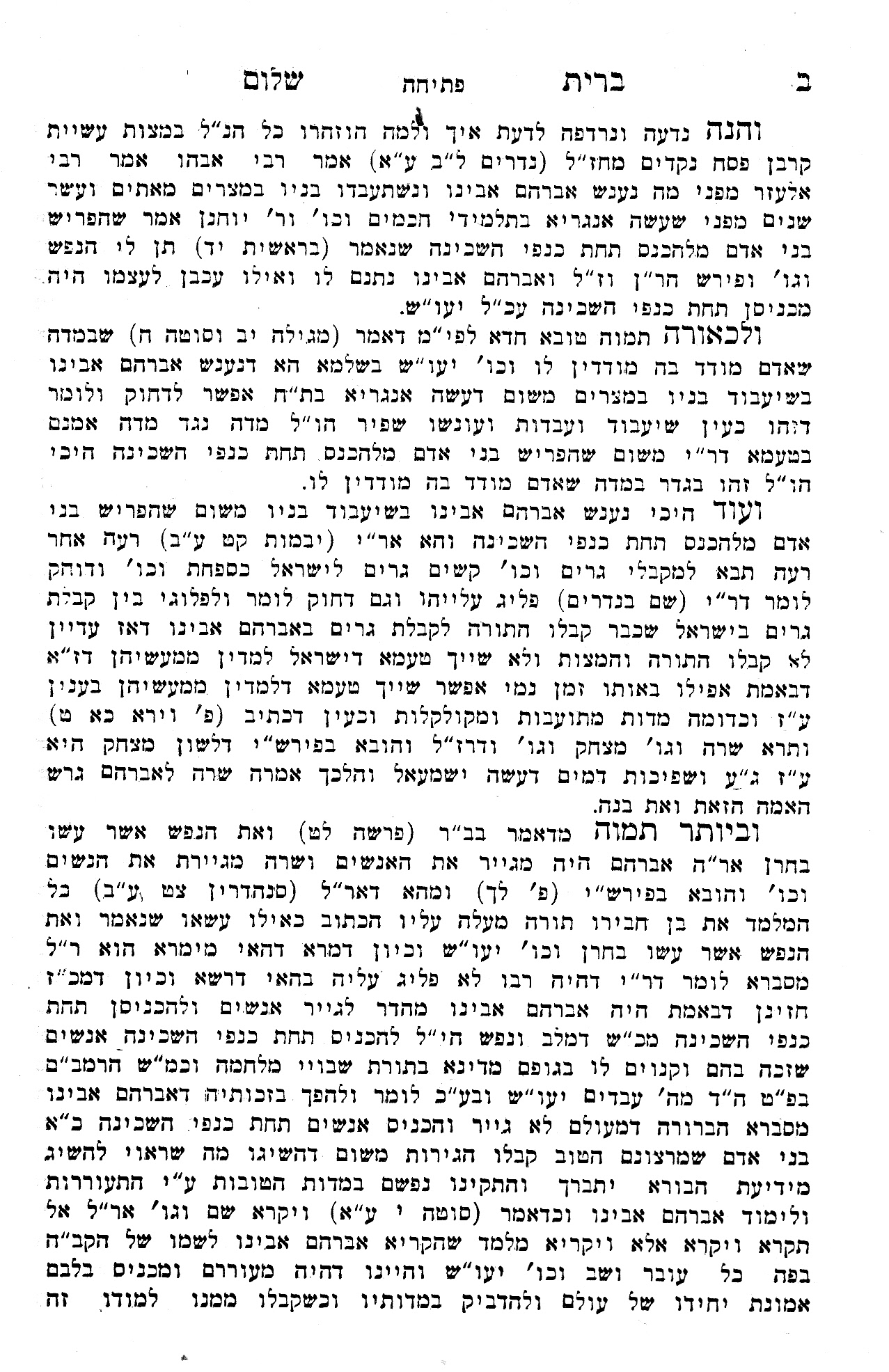 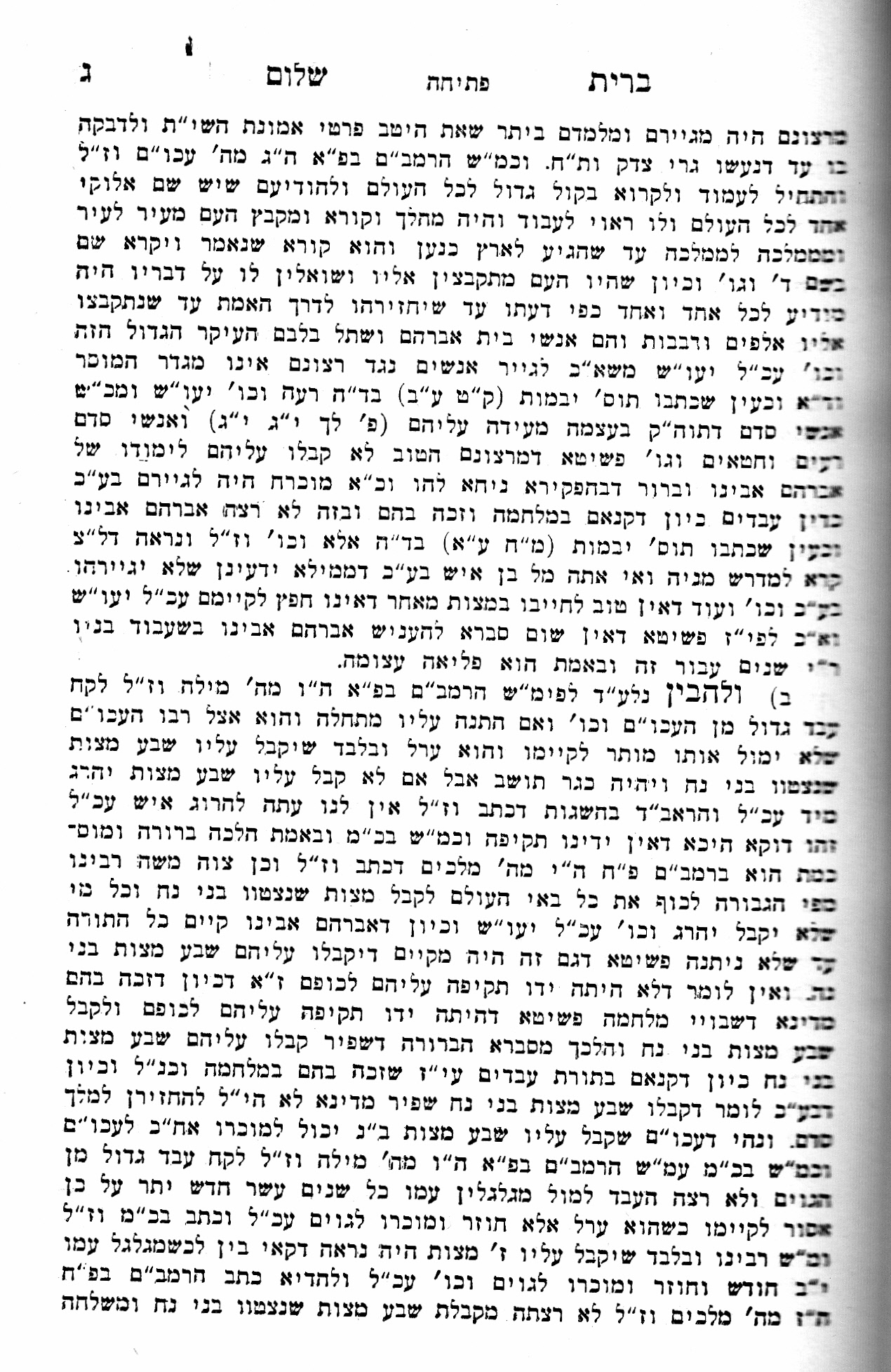 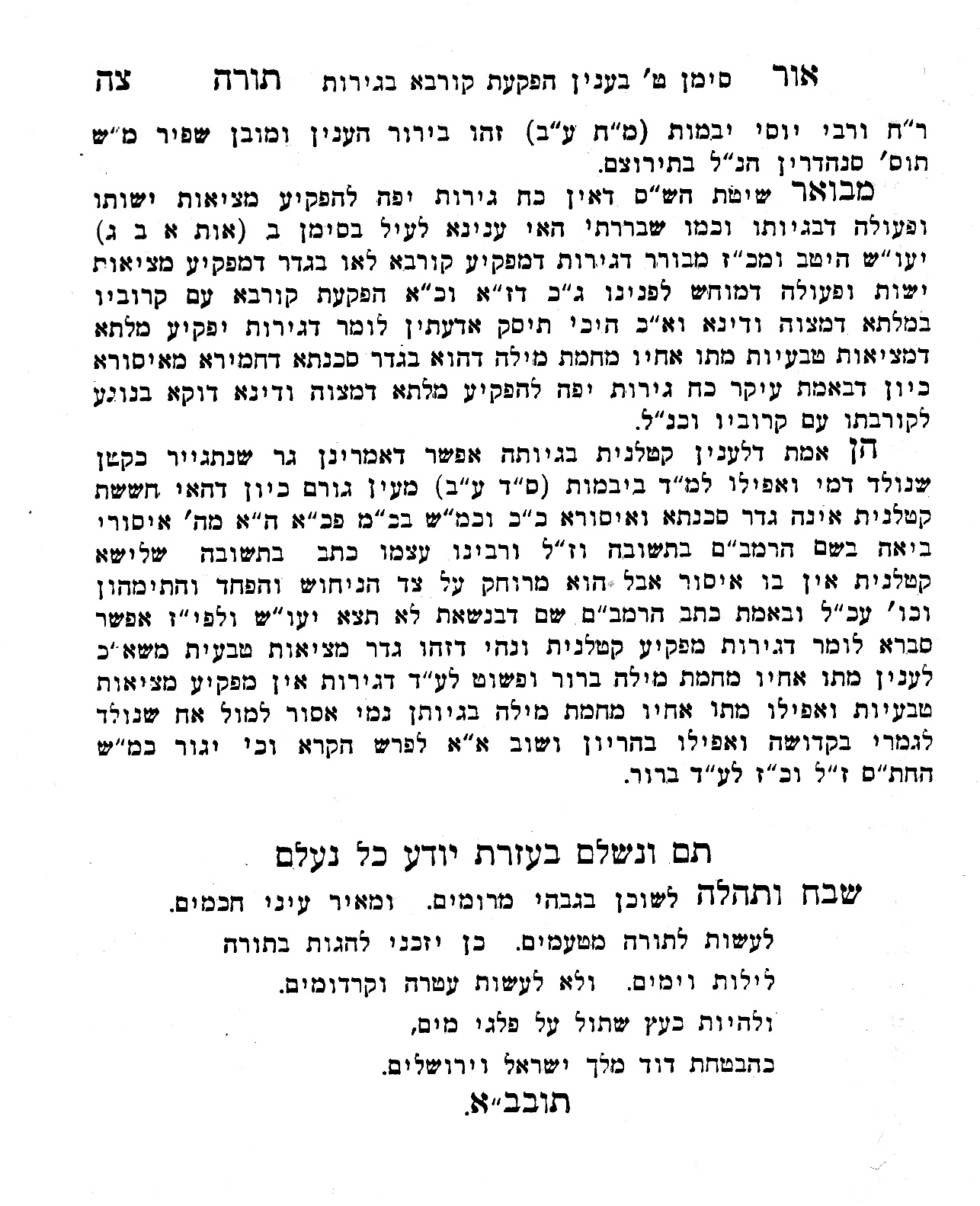