This book was one of a set of a new edition of Machzorim – prayerbooks for the festivals, translated by Alexander and printed by his son, Levi Alexander in 1807.

The rival series of books printed by David Levi was endorsed by the Chief Rabbi, Solomon Hirschell. 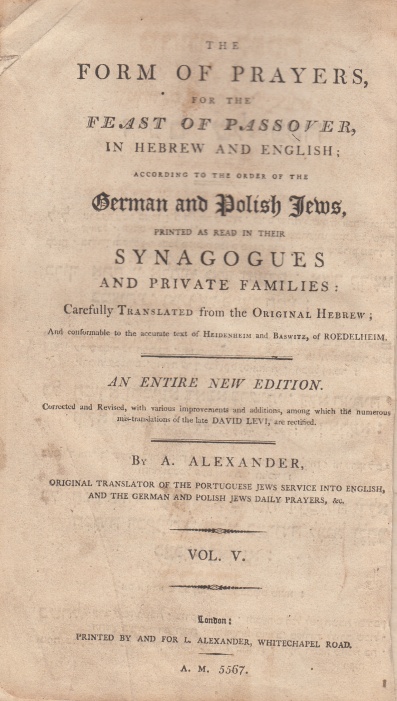 Here is the English title page.  As can be seen, Alexander Alexander writes that this edition is corrected and revised with various improvements and additions, among which the numerous mistranslations of his rival, the late David Levi, are rectified.

My copy has stamps on it that it at one time belonged to the South African Board of Jewish Education.

As well as prayers, the book has detailed instructions about the Festival: 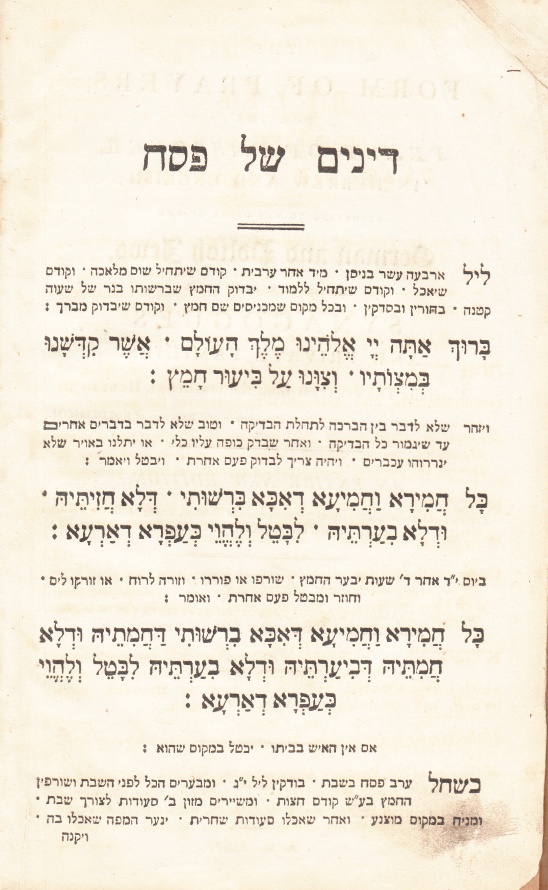 The prayers are carefully translated with instructions in Yiddish:

Finally, here is the prayer for the Royal Family, King George III and Queen Charlotte, in a rather more aggressive form than that used today, that he “shall subdue nations under his feet”: 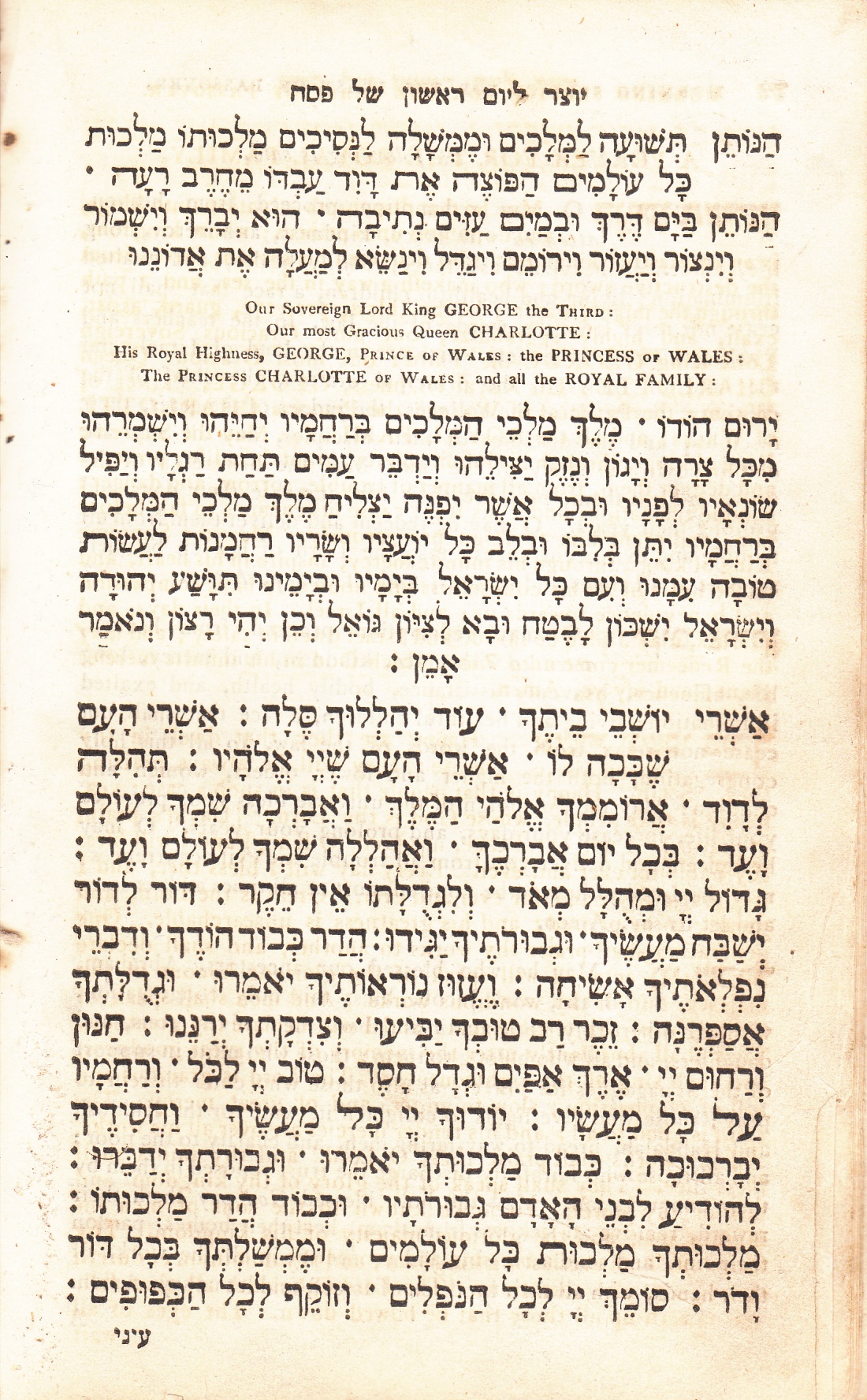 One thought on “Machzor for Pesach (Form of Prayers for the Feast of Passover), by Alexander Alexander, London 1807.”