This little book was issued officially by the British Government to Jewish soldiers who fought in the Second World War.  It was edited by Dayan Mark Gollop, who was the Senior Jewish Chaplain to the Armed Forces.  For more about Dayan Gollop, see my post on his copy of A Book of Jewish Thoughts here. 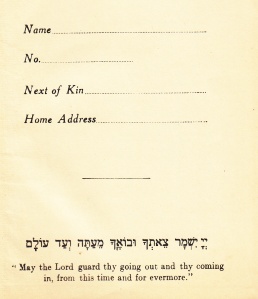 The book is basically an abbreviated 76 page Siddur with daily prayers, Shabbos prayers, Rosh Hashanah, Yom Kippur and Festival Prayers all squeezed into 76 pages.  Plus relevant prayers for a soldier going into battle, including prayers for the dying and the burial service. 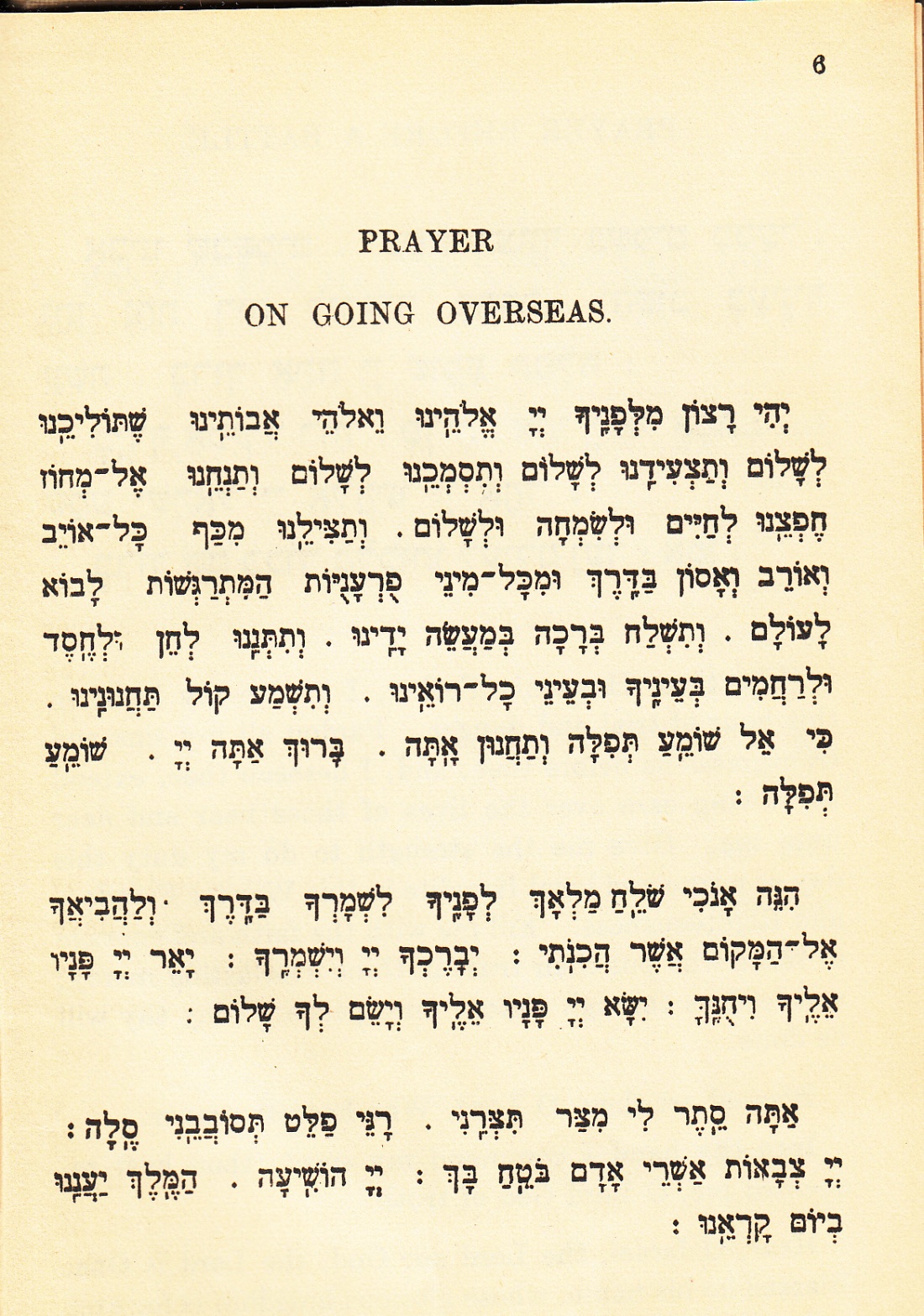 4 thoughts on “Prayer Book for Jewish Members of H. M. Forces, issued by H. M. Stationery Office with the Authority of the Chief Rabbi,1940.”